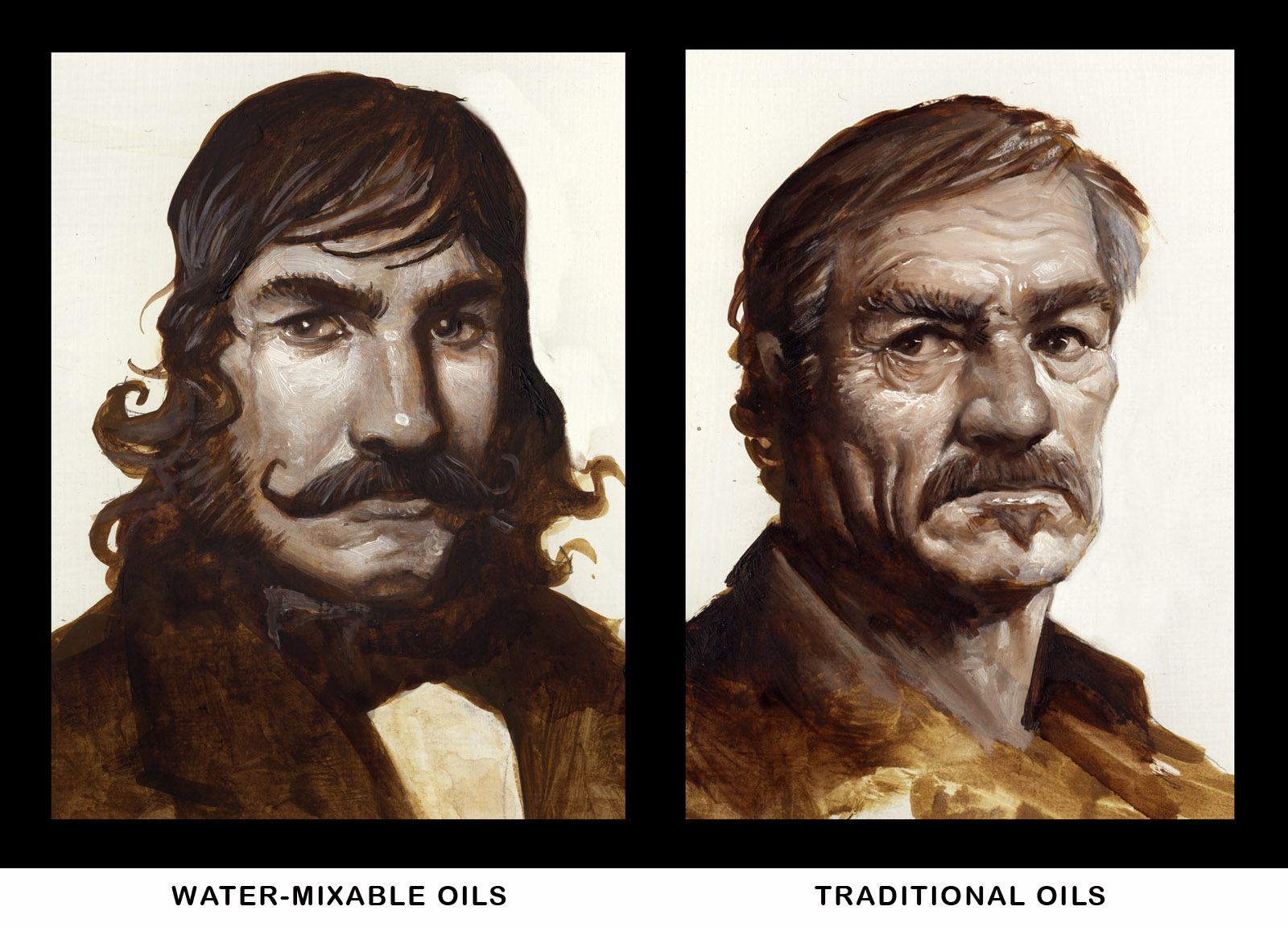 Last Time I listed the 4 qualities I was searching for in an “ideal” oil paint.

That the paint itself will allow for the smooth, buttery application consistent with that of traditional oil paints.
2. Archivability
That the final product will be archivally sound. (It will allow for thick over thin, it won’t lead to long-term cracking, the colors won’t yellow unreasonably fast. etc.)
3. Dry-ability
That if needed, a layer could be touch-dry, ready-to-paint-over in 24 hours. (While staying workable on palette and canvas for at least 8 hours.)
4. Non-Toxic
That you can work solvent-free and in a non-toxic studio environment. (Here I am concerned mostly with the fumes. I don’t plan to eat any of the materials.)
It turns out to be almost impossible to get all 4 qualities in a single oil paint. Water-mixables offer some promise and I have been very interested in seeing if they might be the solution to the question.
In the last post I mentioned many of the problems I had run into while using the water-mixables and why I was considering giving up on them.
But before I did, I felt like I needed to do one last experiment to make sure of my suspicions.

The Experiment:
I Painted 2 figures, both on the same panel of gesso-primed MDB. I painted the first in Water-Mixable Oils with just water and then painted the second in traditional oils with a Galkyd, OMS, Walnut oil blend as a medium. I timed myself; 90 minutes each, so it would be giving each method a fair shake. (Otherwise I would totally cheat and spend way longer on the water-mixables, because I am biased.)

As I mentioned previsouly, The water-mixable paints are not fast-dry on their own. They dry faster than traditional oils, but still take longer than 24 hours to dry, especially if whites were used. So to solve this drying time issue for the water-mixables, I made my own quick-dry white by mixing 1 part Artisan Fast Dry Medium to 3 parts Holbein Duo Ceramic White (Which is a really nice white that is somewhere between a zinc and a titanium). This mixture gives great workability for about 6 or 7 hours and is usually touch dry in about 24.

(I decided on this fast-dry white mixture after watching Greg Manchess’s demo from Massive Black where he mentions that since white gets mixed into most of his colors, he will use an alkyd white for his whites, and this keeps his paints workable but drying fast. If you haven’t seen this video, go find it. It is extremely informative.)
Test Results:
#4. Toxicity
Water Mixable: Non-Toxic. no side-effects noted. PASS
Traditional Oil Mix: Toxic. Slight headache. Then grew fangs, claws and unsightly hair. Roamed countryside howling at moon. FAIL
#3. Drying Times
Both dry in 24 hours. BOTH PASS
#2. Archivability.
Both survived to day 2. So, ok, well so it’s hard to tell how they will look 100 years from now just yet. But, they both allow for working thick over thin so that’s a start. We’ll give them the benefit of the doubt and let them both pass for now.
#1. Paintability
The Water-Mixables had to be wrangled with a lot to get them to work in a predictable manner. I found myself constantly stumbling over the paint as it seized up unpredictably, and then at other times became suddenly too fluid. It seemed like just an unnecessary amount of fighting to get the paint down. The final result feels bland and heavy-handed.
When switching over from them to the traditional paints it felt as though suddenly the paints themselves were making good decisions for me. There was no fighting. Everything was fluid and just worked.
To the best of my (admittedly limited) abilities, the water-mixable oils just lack the subtlety and workability that can be achieved with traditional paints and solvents.
Water-Mixables: FAIL
Tradtional Oils: PASS
Final Results:
Both land 3 out of 4.
Conclusions:

I wanted to believe in water-mixable oils. And I still do. I come from a watercolor background, and love the idea of using only water as my thinner.

I think that water-mixables are a step in the right direction, but after my experiences with them, i don’t think they are there quite yet.

Clearly the manufacturers have been listening to the community and are working to deliver a solution. That is really exciting and I hope to see them make more improvements as they are able to do more testing and get more feedback.

As with the last post, if you know of a mixture that you believe meets the 4 qualities on the list above, please post it in the comments.

The response in the comments last post was really great and thank you to everyone who contributed. There are a few products I am looking to try out from that list. 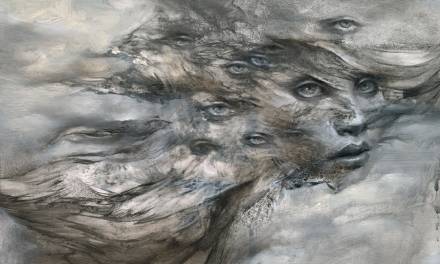 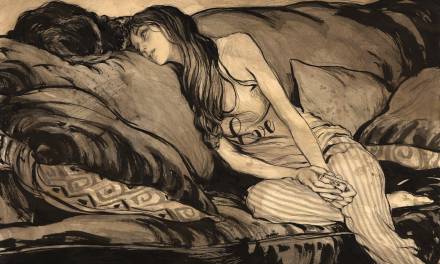 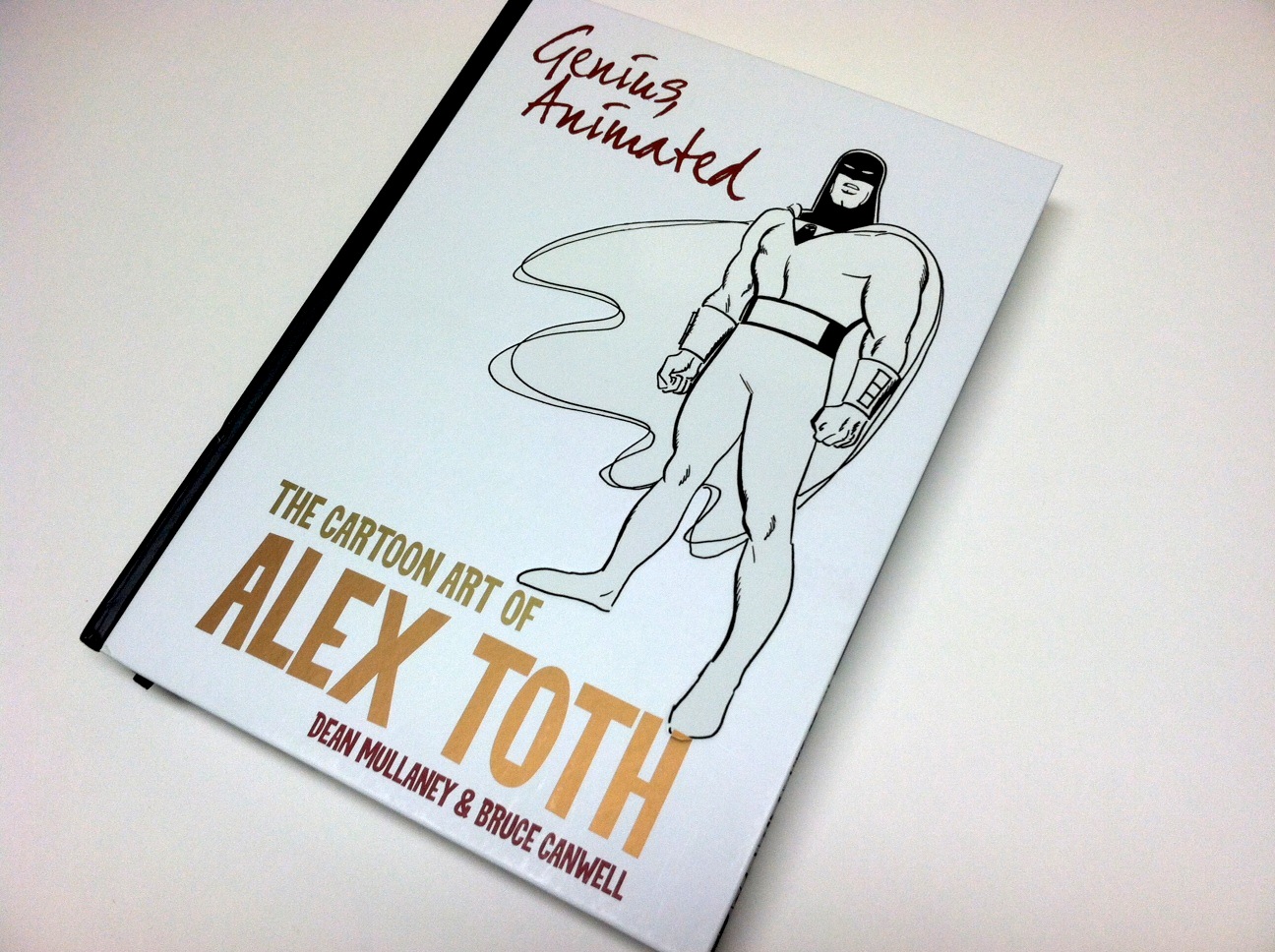