I am first and foremost, a paleo illustrator specializing in vertebrate, or back-boned, animal anatomy.  When I observe the sheer diversity of living and prehistoric species within this zoological category alone (not even counting the invertebrates), I am constantly amazed, inspired, and overwhelmed by the aesthetic perfection of functional design,  and how much I have to learn from it all.

But within all this variety, there is a fundamental consistency of design from the fishes through the tetrapods (amphibians, reptiles, birds, and mammals), and it is helpful to think of this as variations on a theme:  the unifying backbone, a skull and tail, a ribcage (usually), and the shoulder and pelvic girdles from which the fore legs and hind legs are suspended respectively.  The bones and muscles, whether one is a fish, a falcon, or a fox, are fundamentally the same.

The design of animals is actually very simple, but sophisticated—what an animal looks like, is exactly what it needs to do.  Anything extra is potentially compromising to the organism, which is why additional pairs of limbs for example, with their extra weight, as well as the extra calories needed to support them, is usually not conducive to survival in the wild.  There is always a reason as to why an animal looks the way it does, and this is the basis of understanding animal anatomy, and the reconstruction of ancient species from their fossil remains.

That being said,  one can see the natural bridge between paleo illustration, and the creation of believable creatures.

One of my fairly recent paleo illustration jobs was that of reconstructing a large river dwelling amphibian, the Diplocaulus, from the Permian Era, about 295 million years ago, before any dinosaurs appeared.  This 3-foot creature was related to today’s salamanders, and was notable for the boomerang shape of its skull, formed by the horn-like extensions of the parietal bones.  It was also considerably broader from side to side than your typical salamander living today.

The body was apparently propelled by a long ribbon-like tail, although some experts speculate that it may have propelled itself by bobbing up and down of its broad body, and various theories exist regarding function of the horns.  The most popular of these is that the horns acted as an airfoil, generating lift when swimming into a river current; the horns may have also prevented even larger predacious amphibians, such as temnospondyls, from fitting the Diplocaulus into their mouths and swallowing them.

The eyes are positioned at the top of the head, and that, combined with the short, wide body, suggests that this animal spent much of its time on the riverbed watching out for prey, before raising its head and quickly gliding up to the surface to snatch dinner.  This is somewhat different from most of today’s salamander species, where the eyes are positioned on the sides of the head, and the body is narrow, which makes sense, as  many of these critters travel from pond to pond overland.

All in all, a superb natural design, and a design that benefits the living animal.  What a great model to apply to an imaginary creature.

Working from the best fossil references I could find, I nevertheless took myself to the local Vivarium as well as Pet-co, and sketched various salamanders swimming, simply to get into the nature of the beast, and as they are the closest relatives available to me for the Diplocaulus.  I then applied the proportions of the Diplocaulus over the proportions, and went from there. 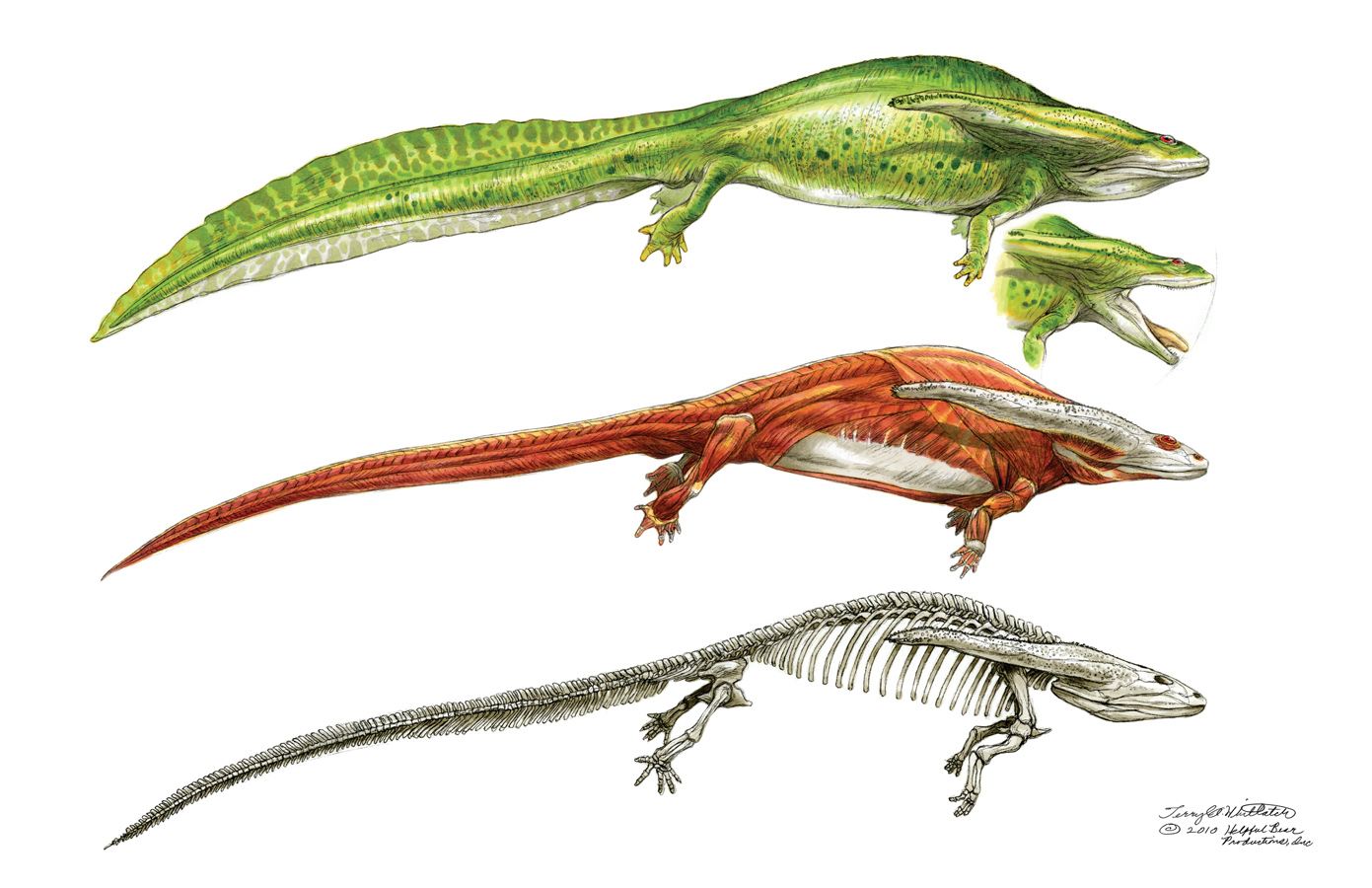 To get the big picture, when doing quadruped recontructions, a paleoartist starts with the side orthographic view, and to this end, I first drew the articulated skeleton, and then reconstructed the muscles, based on contemporary amphibian and some reptilian musculature, according to the bone scars where the muscles originate and insert.  From there, I did the surface anatomy, and speculated on the skin color and texture based on mainly aquatic salamanders. 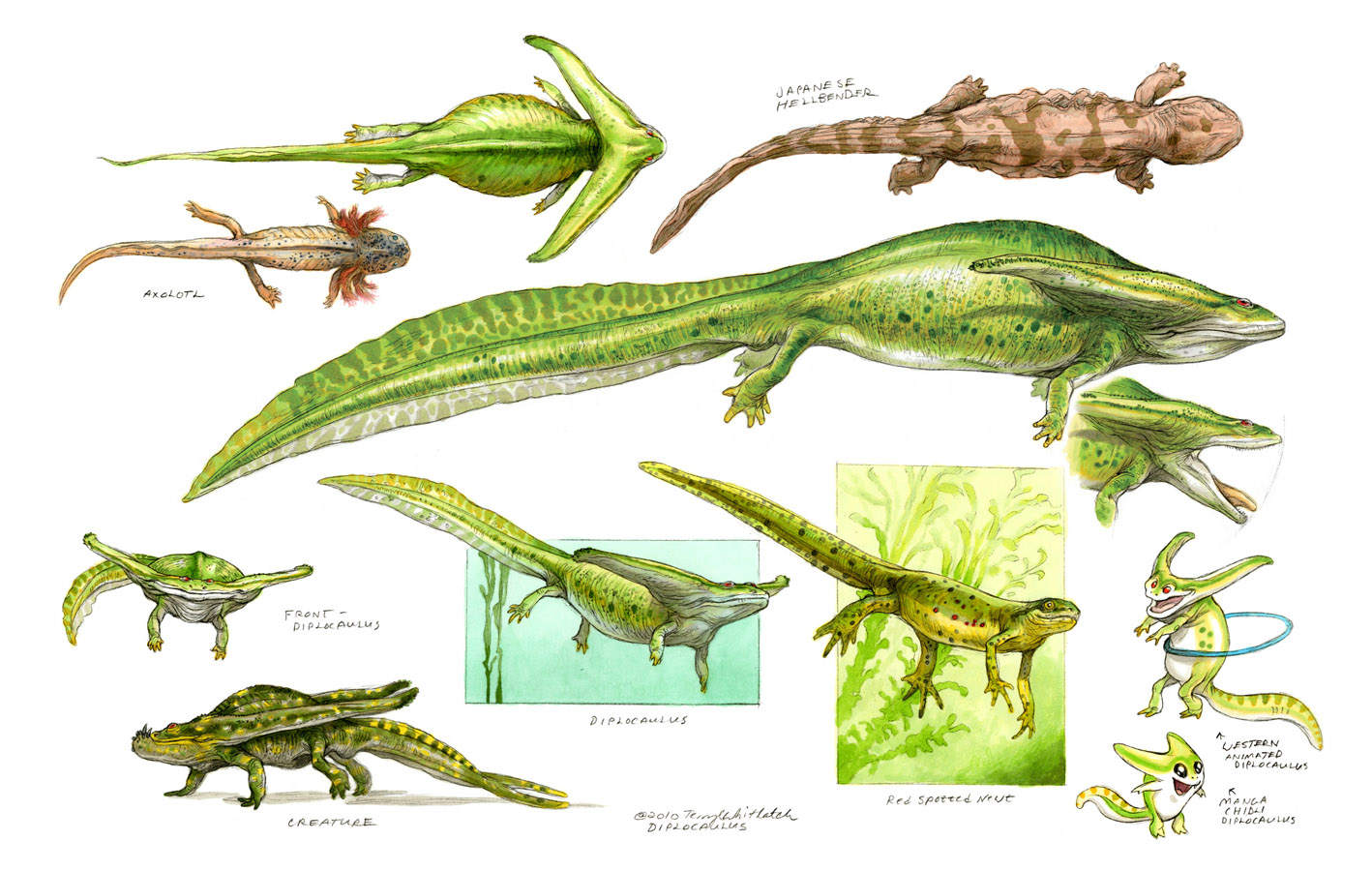 At that point, I did a top view orthographic to show the width of the body and the breadth of the horns, as well as depicting the possible gape angle of the open mouth.  A head-on view was also played with. Included in this montage are some comparison studies of the Diplocaulus with contemporary species (the Axolotl and Japanese Hellbender), and I adapted the pose of one of my spotted newt sketches to that of a Diplocaulus doing the same thing.  I felt fortunate that I also had kept those little spotted newts as pets—delightful little animals, and quite interesting to watch.  And I couldn’t resist doing some animated characters in a couple of different styles, now that the main, serious job was done.

I was thinking about what an appealing design the Diplocaulus had, and started doodling.  One of those doodles I included at the lower left corner of the montage, and while it wasn’t meant to be brilliant, or even particularly good, it contained the germ of an idea for a more involved creature based on what I learned from the Diplocaulus job.

After a number of sketches, I finally came to one that I liked, and developed it seriously.  It was to have a similar lifestyle and locomotion to the Diplocaulus, but would be much larger, about the size of two water buffalos head to tail.  It would act as a domestic animal for some sentient amphibious species, and would be subject to attacks by felinesque salamander predators. 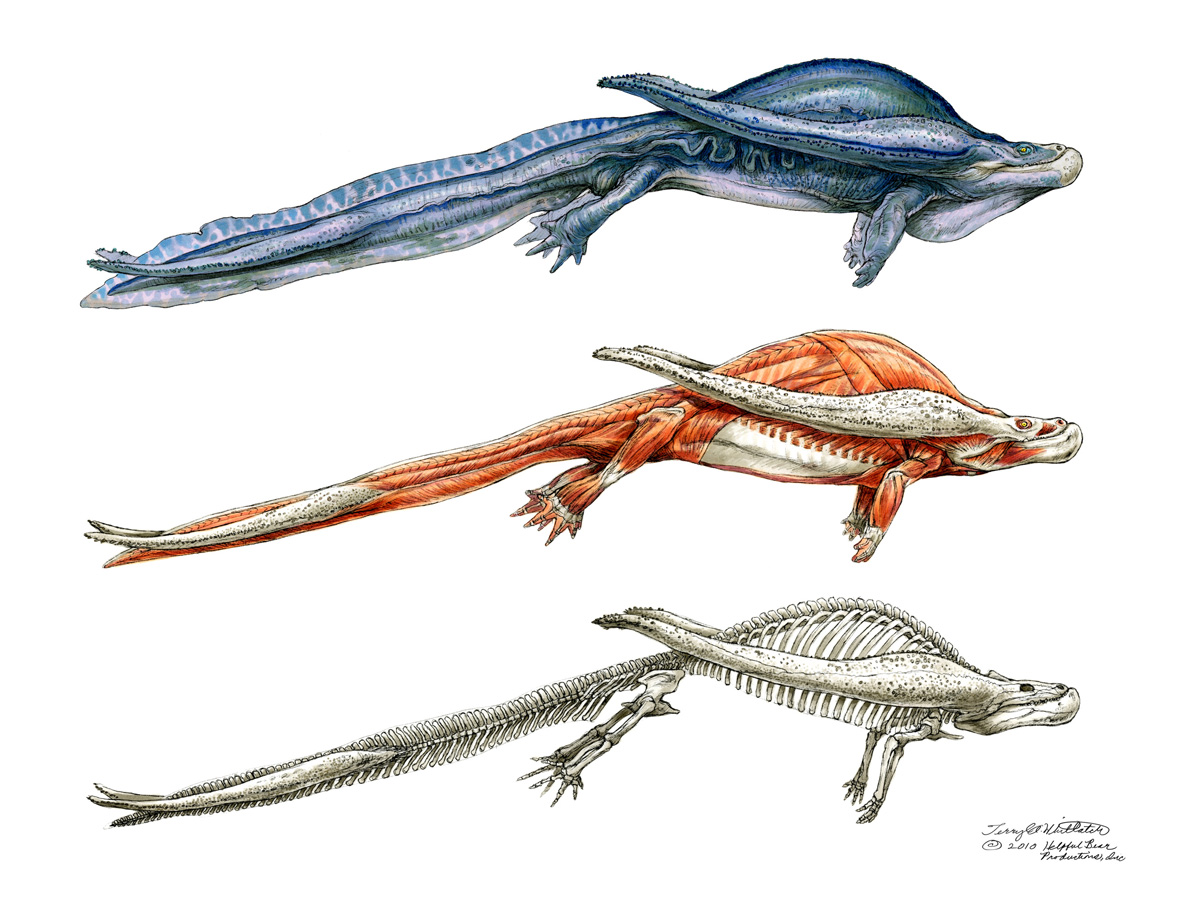 Using the principles of paleo illustration, I designed the skeleton, musculature, and surface anatomy.  I added variations such as an extra pair of horn-like extensions on the tail (for extra lift, since this is a really big creature) and a pugnacious, jutting lower jaw for character, and for scooping up kelp in addition to other prey.  Since it itself has to watch out for predators, rather than having the eyes at the top of the skull, the eyes are on the sides, for panoramic vision similar to that of a deer or antelope, or a water buffalo, for that matter.  I likewise did a top view, and just for fun, included a character doodle. 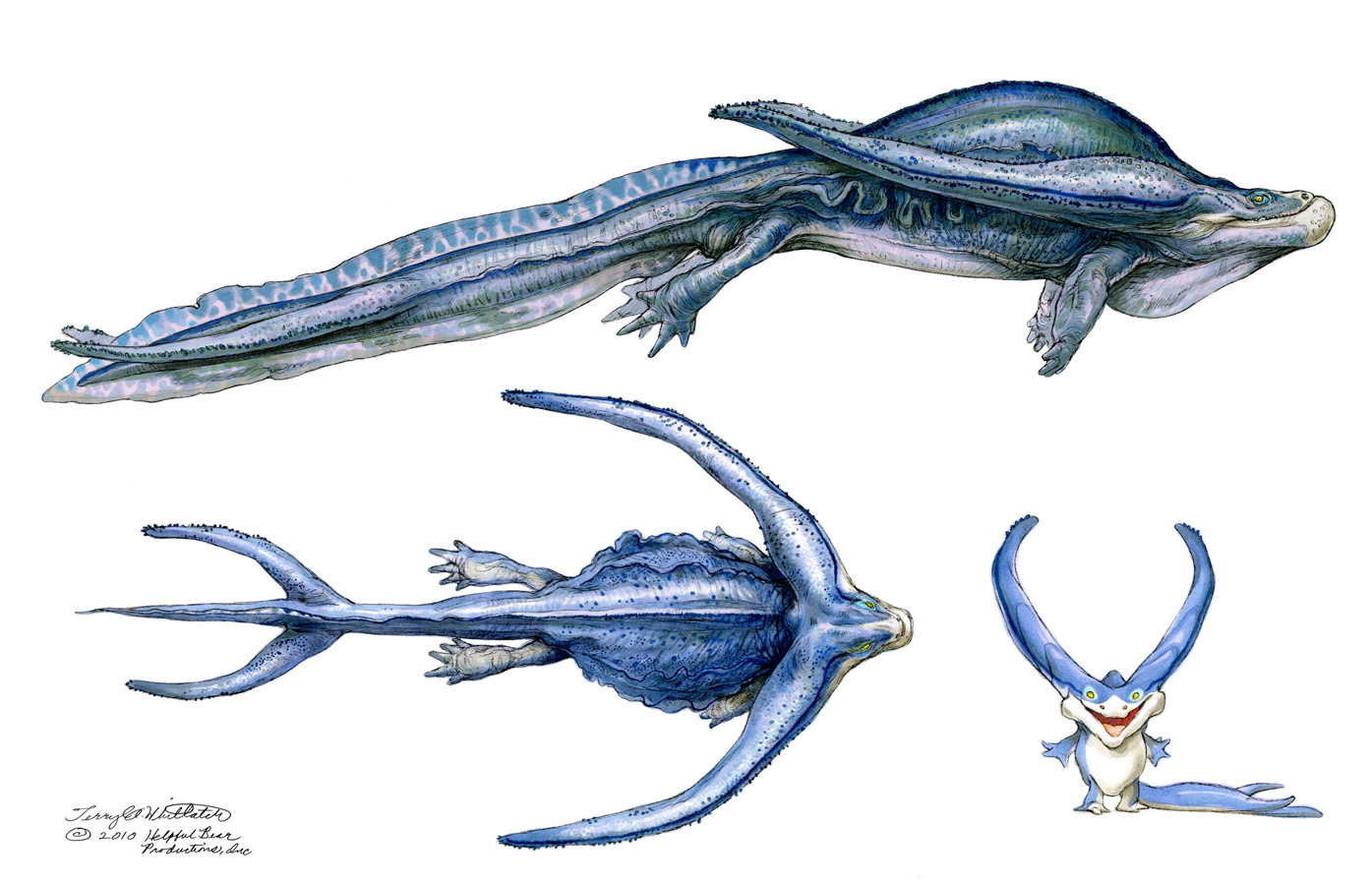 So, I have a basic story, environment, natural history, and anatomy to fit this.  These are the essentials of creature design, as I see it.  Plus, since Nature got it right the first time, I have that foundation as well.  This gives me wings to play and work, which results in a narrative concept illustration, and putting the creature, christened the Diploblubb, into action and different poses. 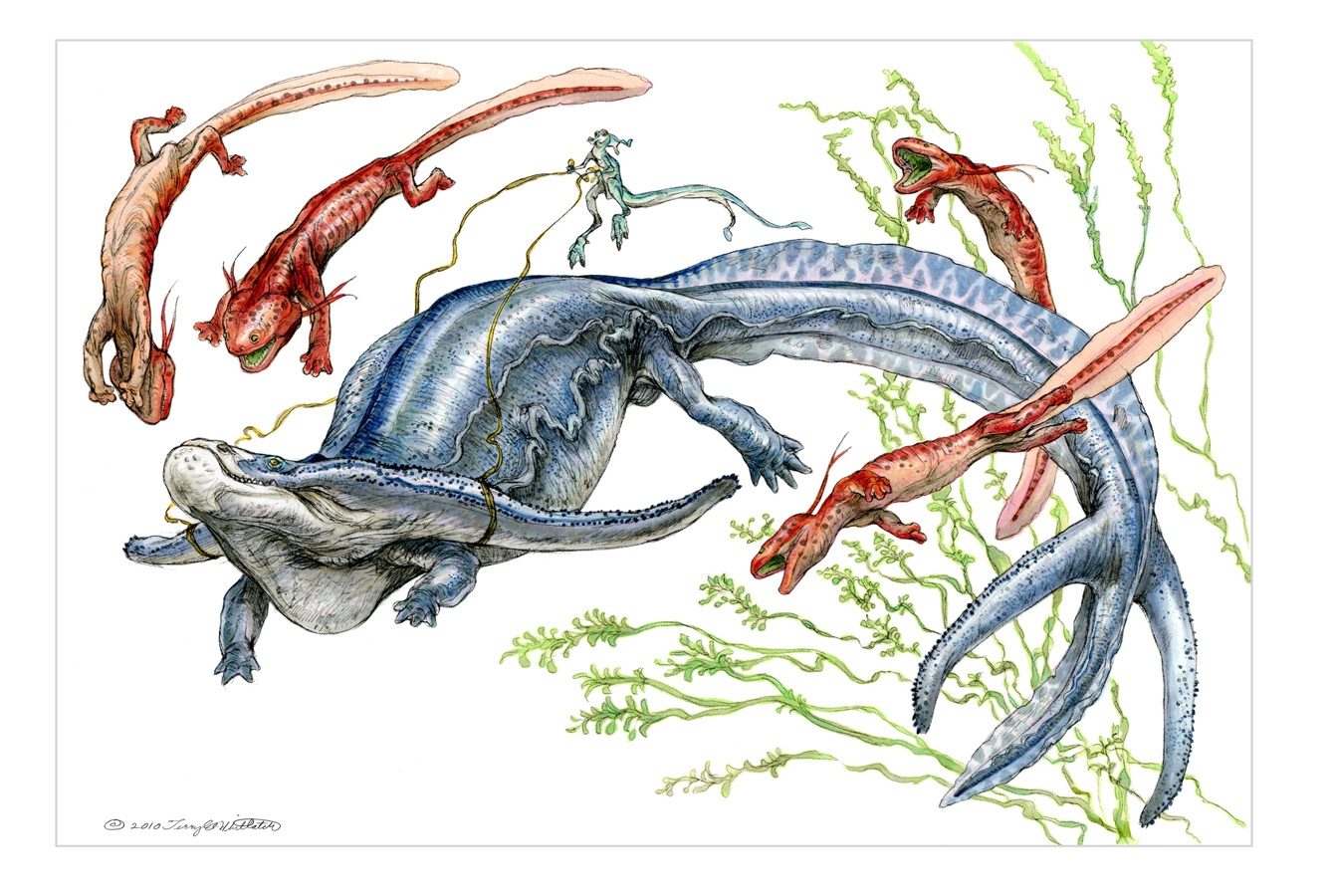 In practical application for the Entertainment Industry, the anatomical studies are not just for me, but are used by the production team—for the modelers, the riggers, and finally by the animators.  And the more anatomically correct and available you make the creature, the less mistakes are made in production, the more the budget stays intact, and you make the producer and the studio very happy, and the happier they are, the more jobs you are likelier to get in the future.

The media used in this case for a quick turnaround and watercolor effect is Copic markers.

And why, perchance, is this creature called the Diploblubb?  Obviously in homage to its inspiration, the Diplocaulus (in Latin, “double-collared” one), but because the sound it makes is “ blubba blubb blubb”. 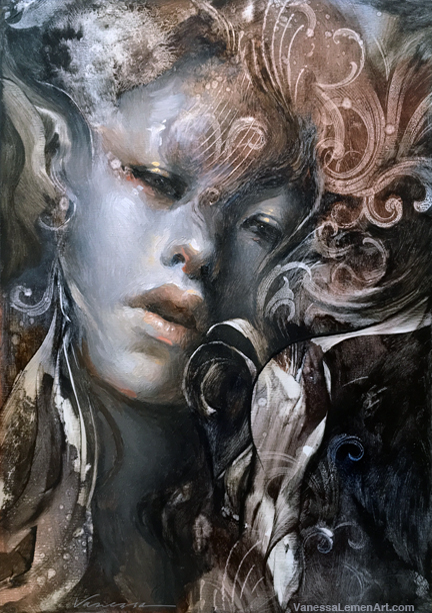 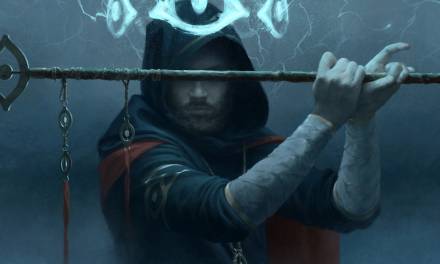 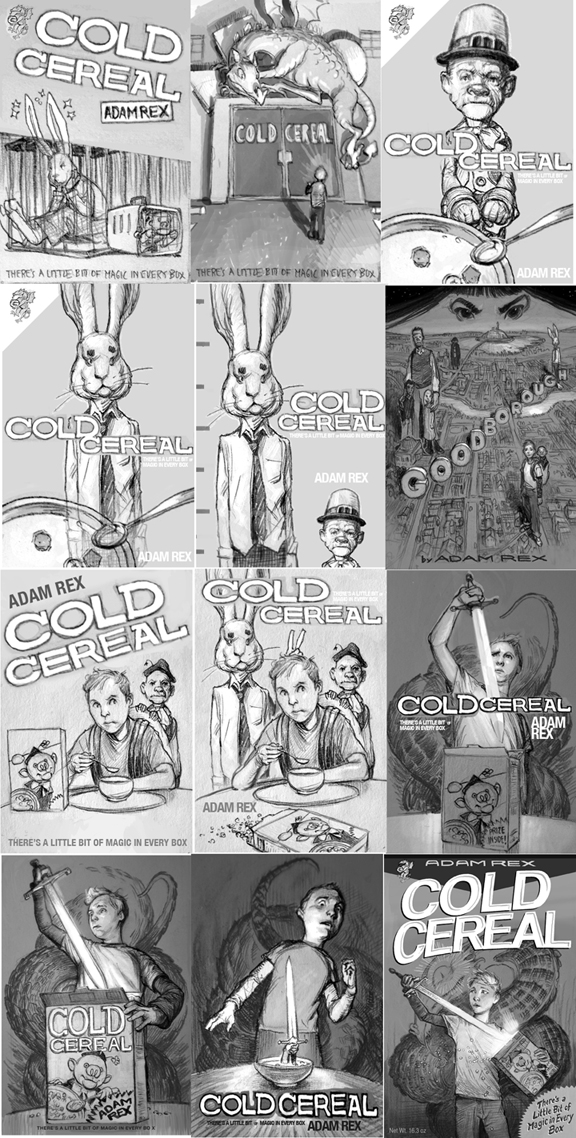 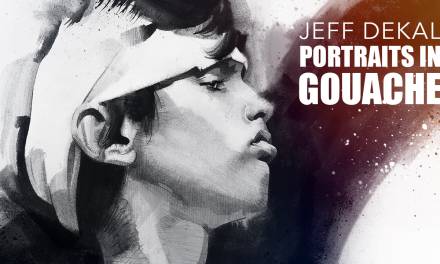