This image is a Magic card illustration. it is a portrait of a cat-people race called Leonin. The illustration was used in Magic: The Gathering 2013, and has just been released.

I was super happy with my sketch. The assignment was fairly simple. “Show a Leonin moving agile in the tree tops.” Key words: strength, agility and majestic”. I tried to make him look noble in the facial features. Only comment I got was to lose a bit of the bulk and make him less huge.

I transferred the sketch to a board and started painting without a colour rough sketch. A voice of courage told me to: “Go ahead, Jesper. You have done countless of forest scenes, you can do it, go with it. Get into it, Like Paul Bonner would. You do not need a colour rough. You’re the MAN!”

I am the man, just not that man. I am a different man. The man whoe needs color roughs. As it dawned on me a day later.

What I did was paint the face from elegant to goofy. The colour choices, I felt, were all over the place and the focal point was everywhere and nowhere.

I showed the final to Jeremy Jarvis, the Art Director, and he pointed out that it didn’t look like a Leonin. He was very right.  During the process of painting and struggling through colours without a rough, as an aim for where I was going, I had lost what was important in the picture. I had no focus on the face, too many highlights too equal values.

My next trouble was, that this was the evening before I was going for a 3 weeks trip to Illuxcon, Chile and New York, so I had to finish it right on the spot.

I did what every sane artist would do: I opened the picture in Photoshop.  After an hour of pulling and stretching it looked a complete mess and I had lost every knowledge of what I was doing. Frustrated and angry at myself, for having been my own enemy though out all of this painting, I pulled out a brush, my palette and a photo of a lion and just smeared the whole face of the figure with white. I covered the face and breast with three broad strokes saying to myself “No way back now, Stupid ” All I had to do now was fix the white mess.

I do not know what it was, but I changed the face with no sketch in less than ten minutes. I think it was because there was no turning back or safe hold or anything. I felt liberated from stress and pressure and only focused on changing the face from manlike to lion. As I once again sucked in air, after having held my breath for the most of the ten minutes, I was happy. So happy that I also fixed additional stuff that I was unhappy with and had left for fear of not being able to do better. I realized that the light on the foot shouldn’t be bluish, the mane looked too orange and need more light to pull the focus up toward the face.

I rescanned the painting and felt the whole background should be more homogenic. This I CAN do in the computer. I just overall “greened” up the forest thus creating a less confusing background and a better contrast to the now lighter and more yellow-ish head of the lion. I uploaded it and went home for the suitcases and left for the airport. Sleeping all the way over the Atlantic.

Not every painting is this difficult and takes so much soul searching and heart-ache as this did. When a painting does, I constantly ask myself “Why? You could do this just 2 weeks ago? What is the matter?” You cannot always be monster focused. You cannot always be at your best, but when you do mess up, you gotta be able to fix it. I think that is what training do. It doesn’t make you able to do perfect paintings every time, but it really really helps you when you need to dig your way out of mistakes.

“Practice makes perfect”, not for me.

“Practice makes it easier to cover shit with pretty flowers”. That’s me. I am the fantasy painter version of a side walk sweeper. 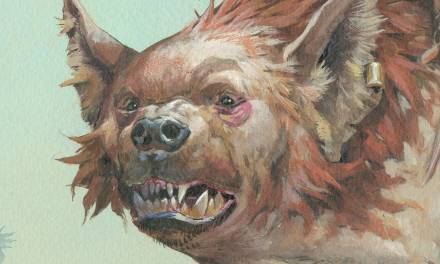 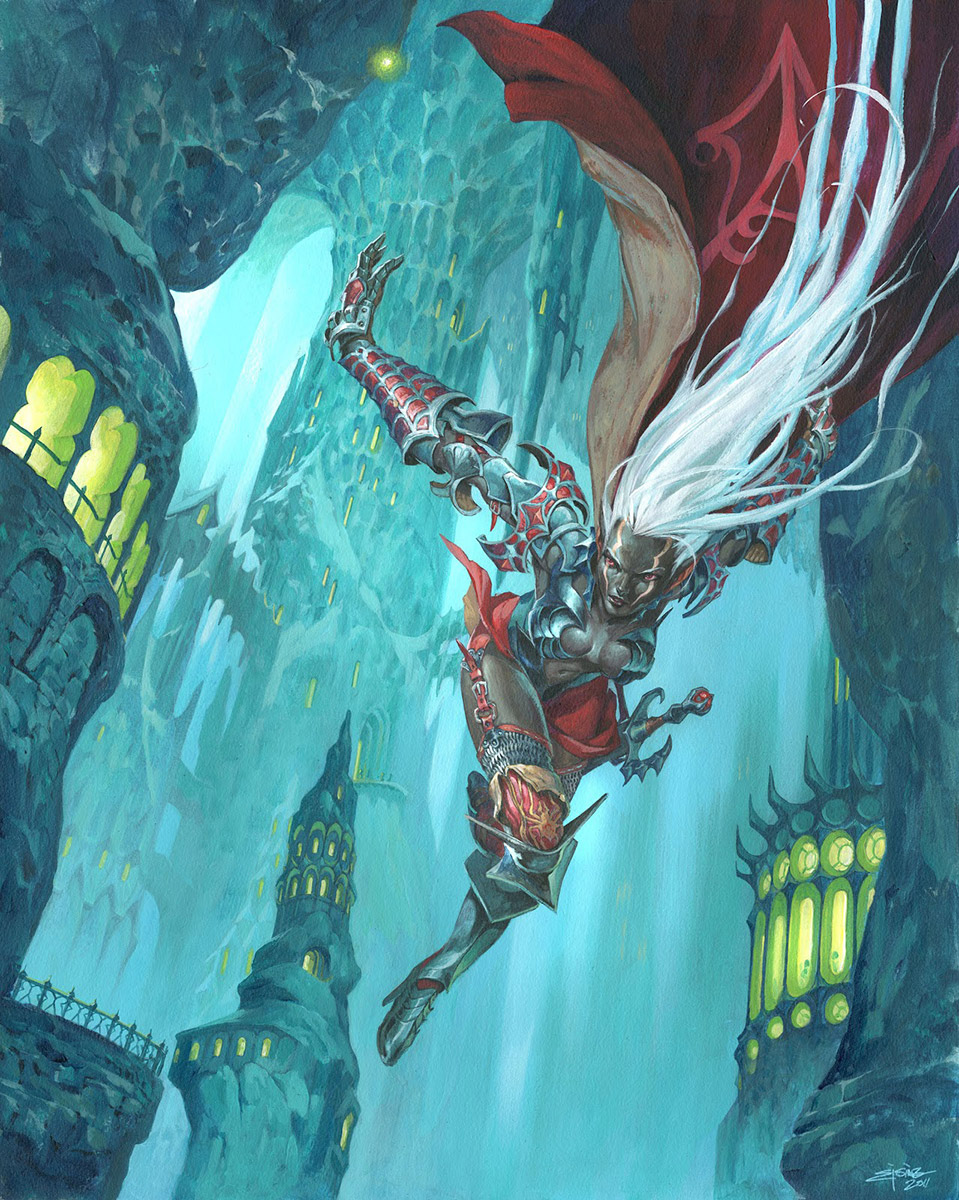 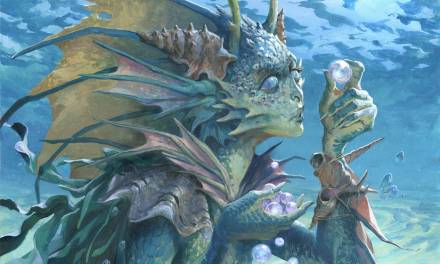