It’s been awhile since I put up a start to finish process post.  This is for a Wizard of Oz tribute show at Gallery Nucleus called “Not In Kansas Anymore” and it opens today.  So if you’re in the area check it out.

Of course I always start off with small thumbnails to get a very generalized vision of the composition, concept, and what I’m trying to communicate.  As you’ll see it changes a bit as I add in different elements and ultimately change the perspective entirely.  Originally I thought it would be cool if there was a lot of fog and mist obscuring much of the background.  I later thought it would be cooler to have the building appear to be more aged and overgrown with brush and trees.  Yes, those are supposed to be trees and brush.  Stop hatin’. 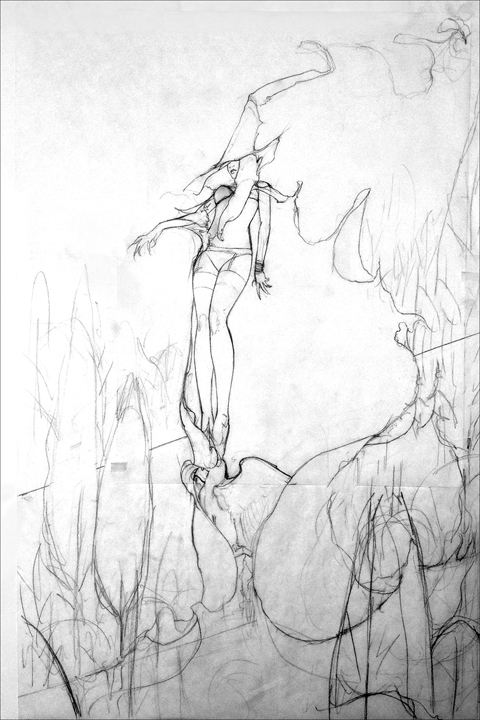 Now here is an almost final drawing.  As you can see the perspective is totally different.  So what had happened was…while I was shooting my photo reference I had a hunch that it may be interesting to go low and shoot upwards.  So I had two sets of photo reference and I couldn’t resist the newer perspective.  I felt it was more dynamic.  So I reconstructed the piece with the new photo ref and came up with this. 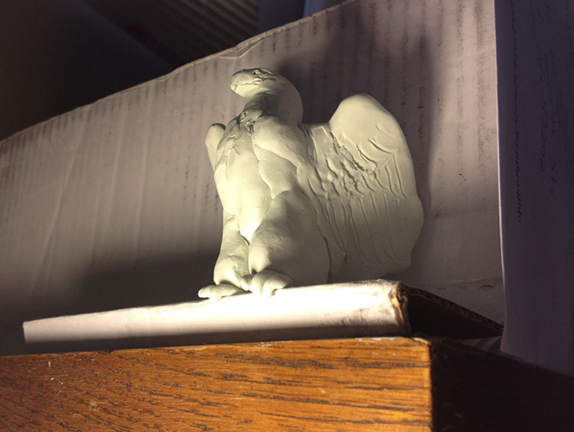 Speaking of photo reference I decided to go out and get some proper clay to build this little macquette.  Kneaded erasers can only do so much.  And yes, it’s supposed to be an eagle.  I insist that the hating come to an immediate stop. 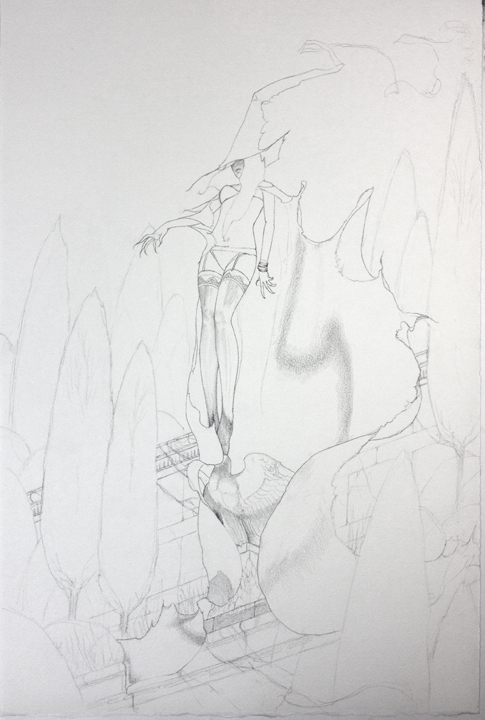 This is the actual final drawing on watercolor paper.  I’m doing some slight shading on the figure and indicating where cast shadows will be falling. 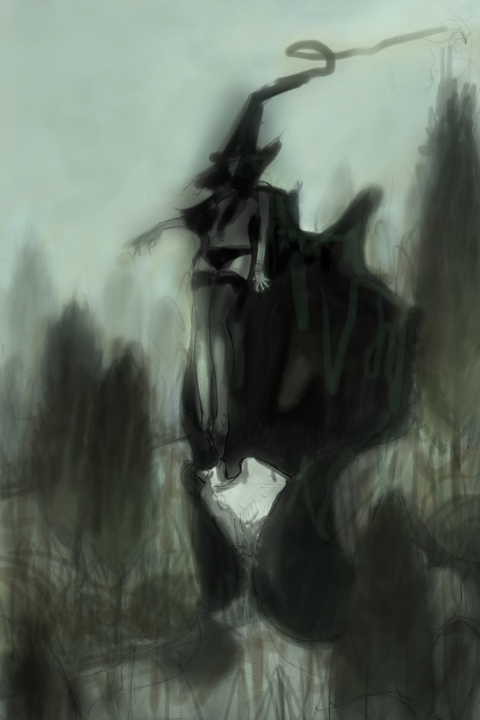 Here’s my color comp.  Pretty rough but I think it captured the sense of what I was going for quite well.  Some happy little accidents occurred in this stage that I liked enough to take to final.  For instance, the hat trailing off into a different color.  Totally didn’t plan that.  Though you may see that it further influenced the color choice for the stockings later in the painting.  The next several images will be progess in the actual painting.  I start off trying to establish some of the darkest areas and the main figure then filling out the rest.  At the very end there’s always a lot of back and forth pushing and pulling to refine my edges, values, and color relationships. 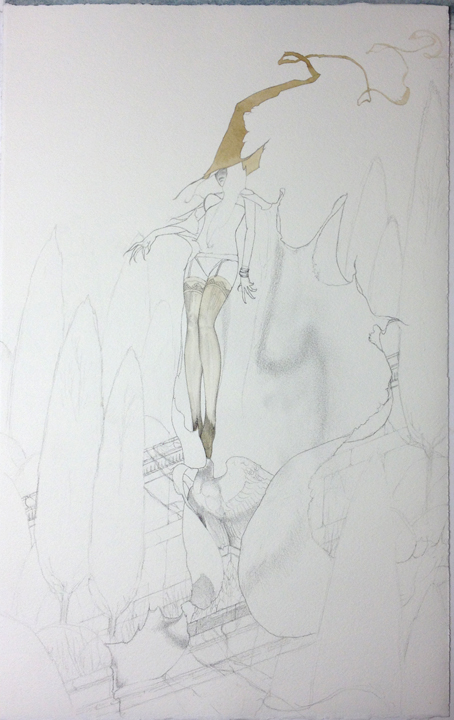 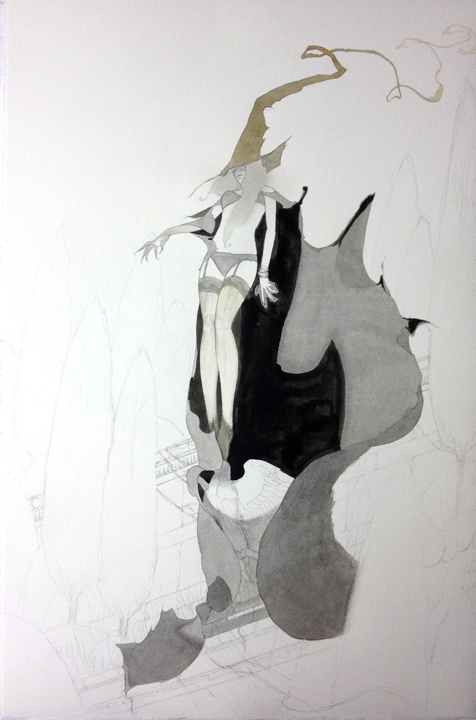 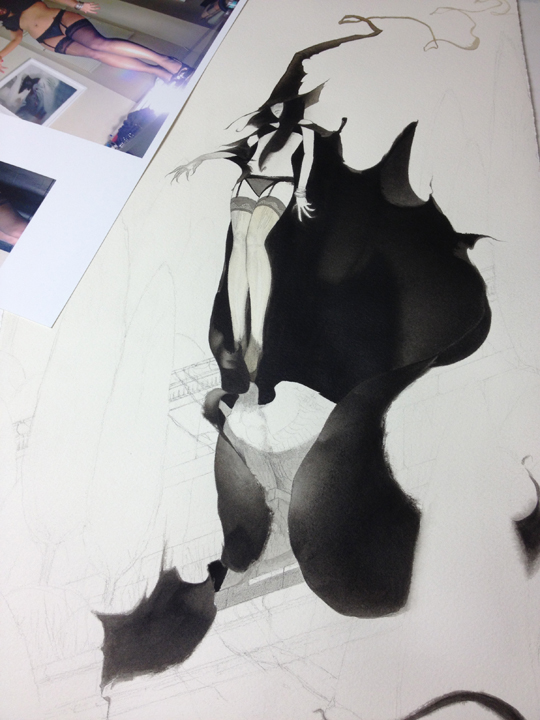 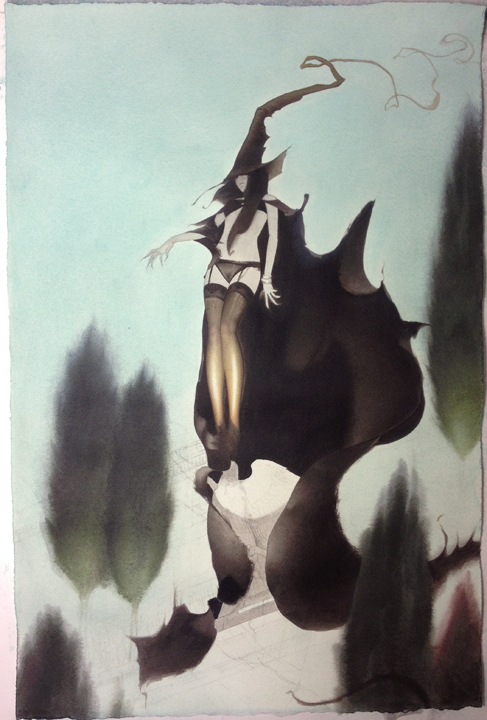 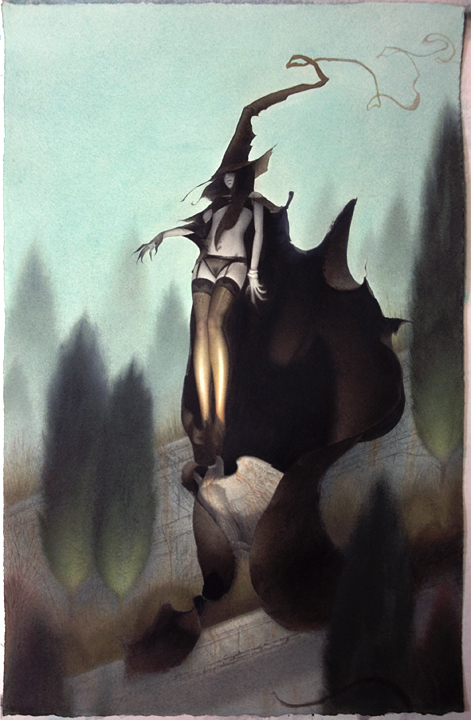 This last image is basically the finished version.  After the opening tonight I’ll throw up the final. 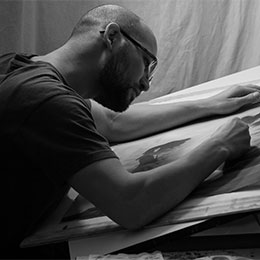 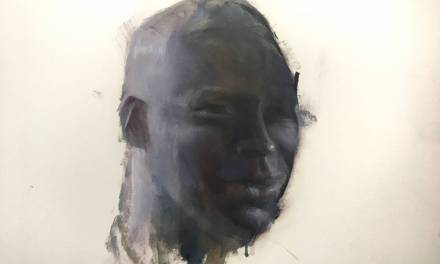 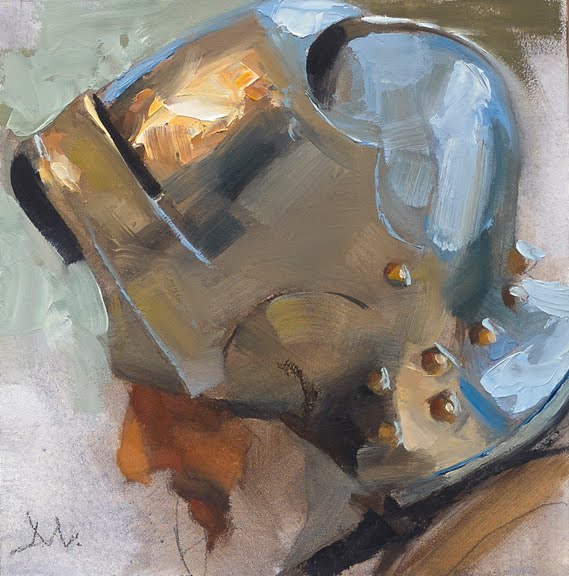 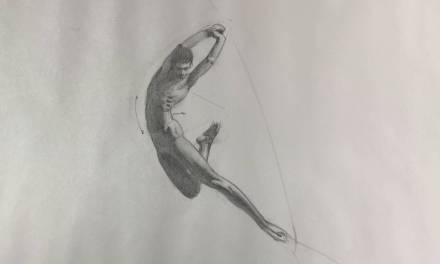