A commission is a collaboration . For it to work, and work well, there needs to be trust, openness and a creative give and take. Working with Don Bohm on this statue was all of that and more. Initially, Don wanted a Green Lantern statue based on a piece of art by Paul Smith.

I roughed it out in clay and we both knew, as with a lot of cover art, it just wasn’t going to translate. 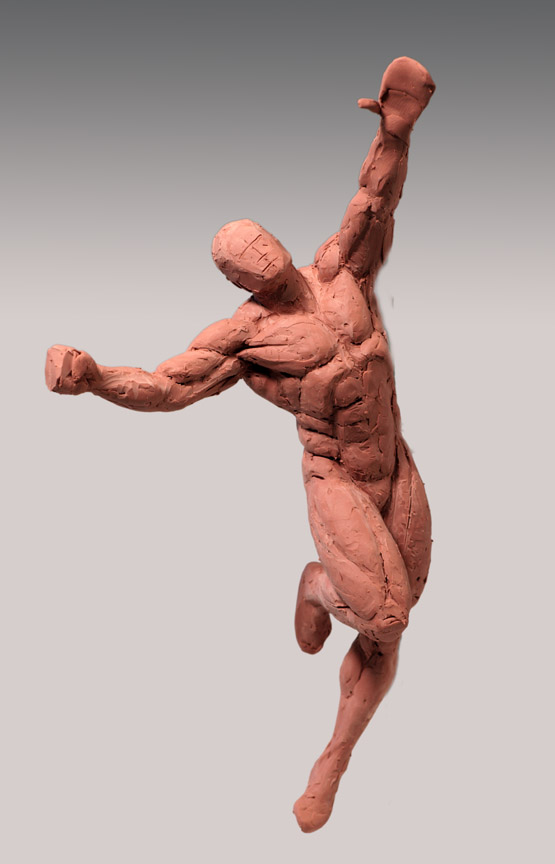 We talked through various approaches and based on our conversation, I worked up another pose. He liked the first pass (A) but I felt it needed more lift(B) and made some adjustments. 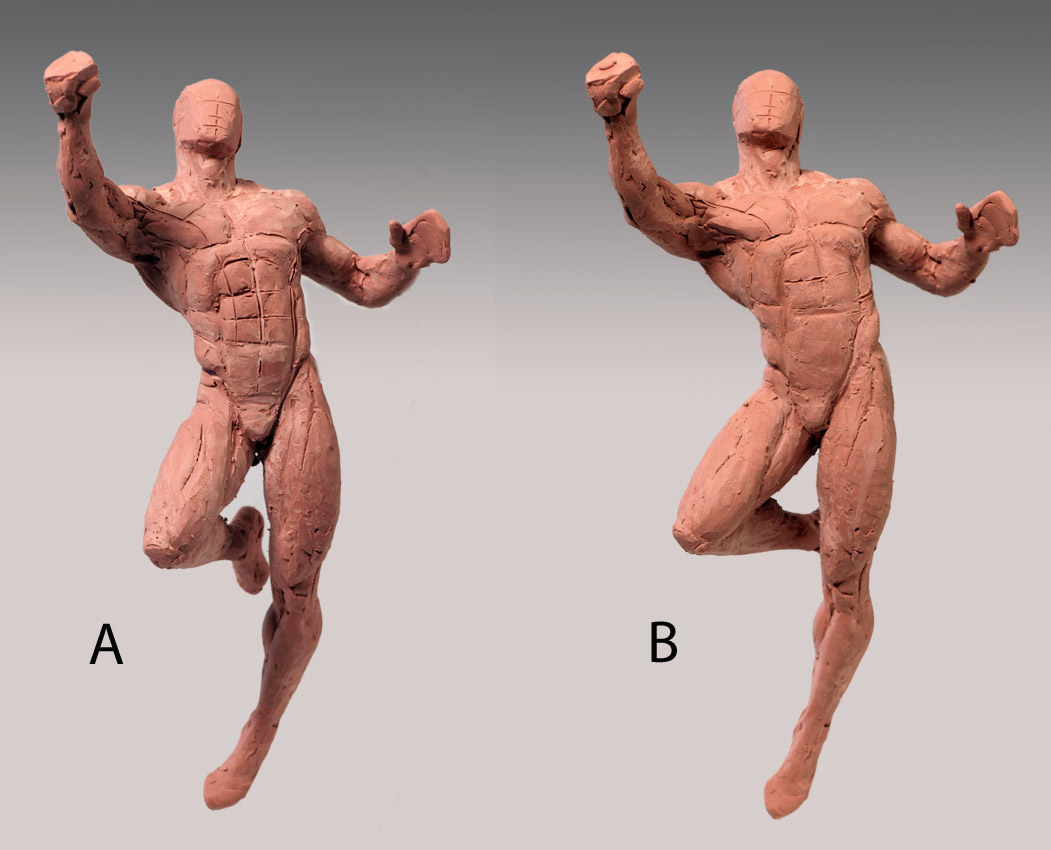 With the basic figured roughed out I went to work on the support base. I’d done a number of statues using the same basic elements but wanted to really try something new, more action oriented. Three passes later, I’d completed the clay for the base. Don signed off on it and I made a set of waste mold of the clays of the figure to start wax work.(imageGreen04) 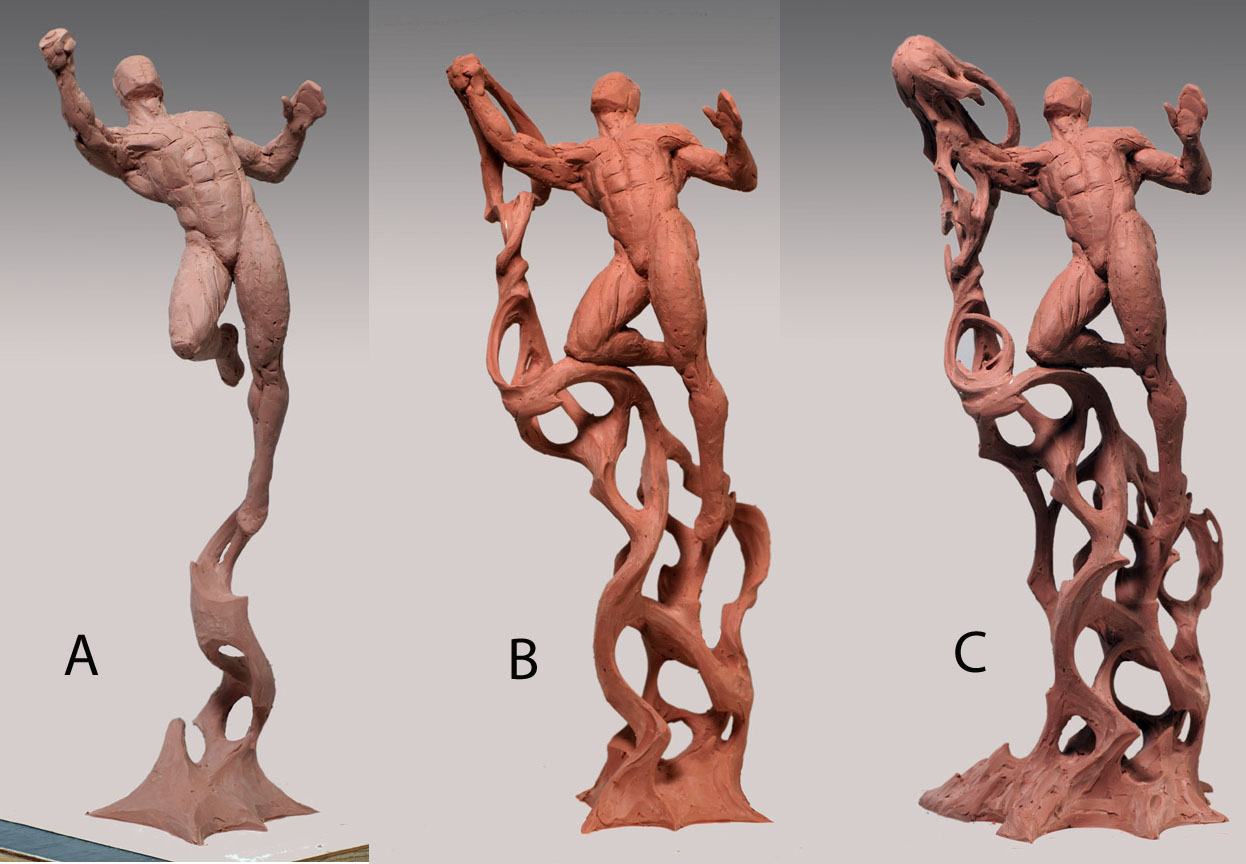 I almost always work the head first. It the first part of a statue people look and it sets the character for the rest of the figure. With only a few modifications, the was head was approved. 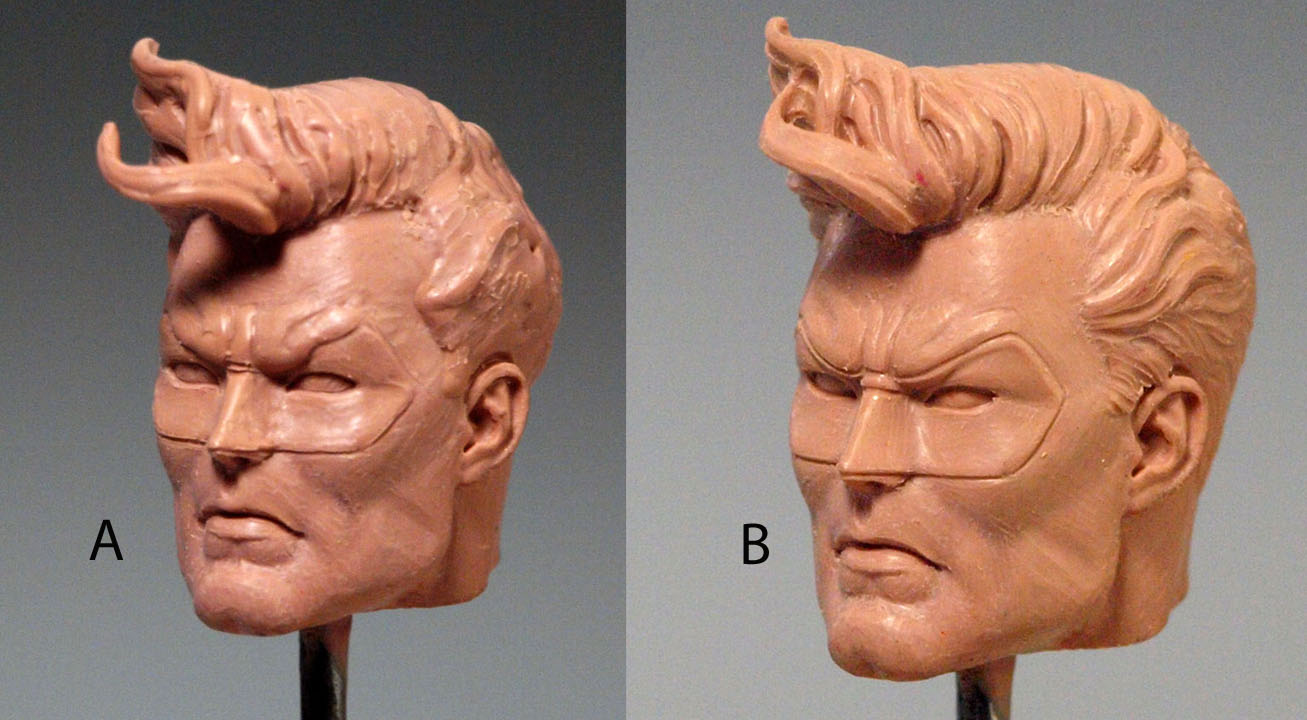 Working in wax the way I do lets me bring each piece of the figure to finish separately.

I kept most of the tension in the upper body, using less definition from the waist down to add focus and lift to the whole figure. 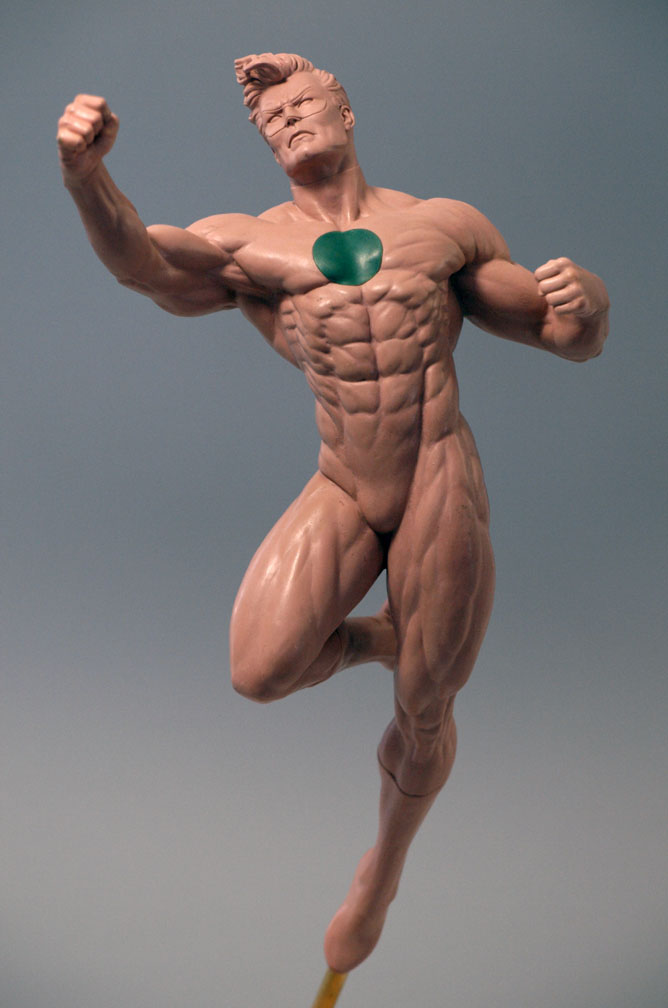 I’d used the energy orb idea on a handful of Green Lantern and Sinestro statues. I needed this unit to create the effect but also as support for the figure to the base. It was constructed of three pieces that locked together and around the arm, letting you look into the energy orb and see his ring. 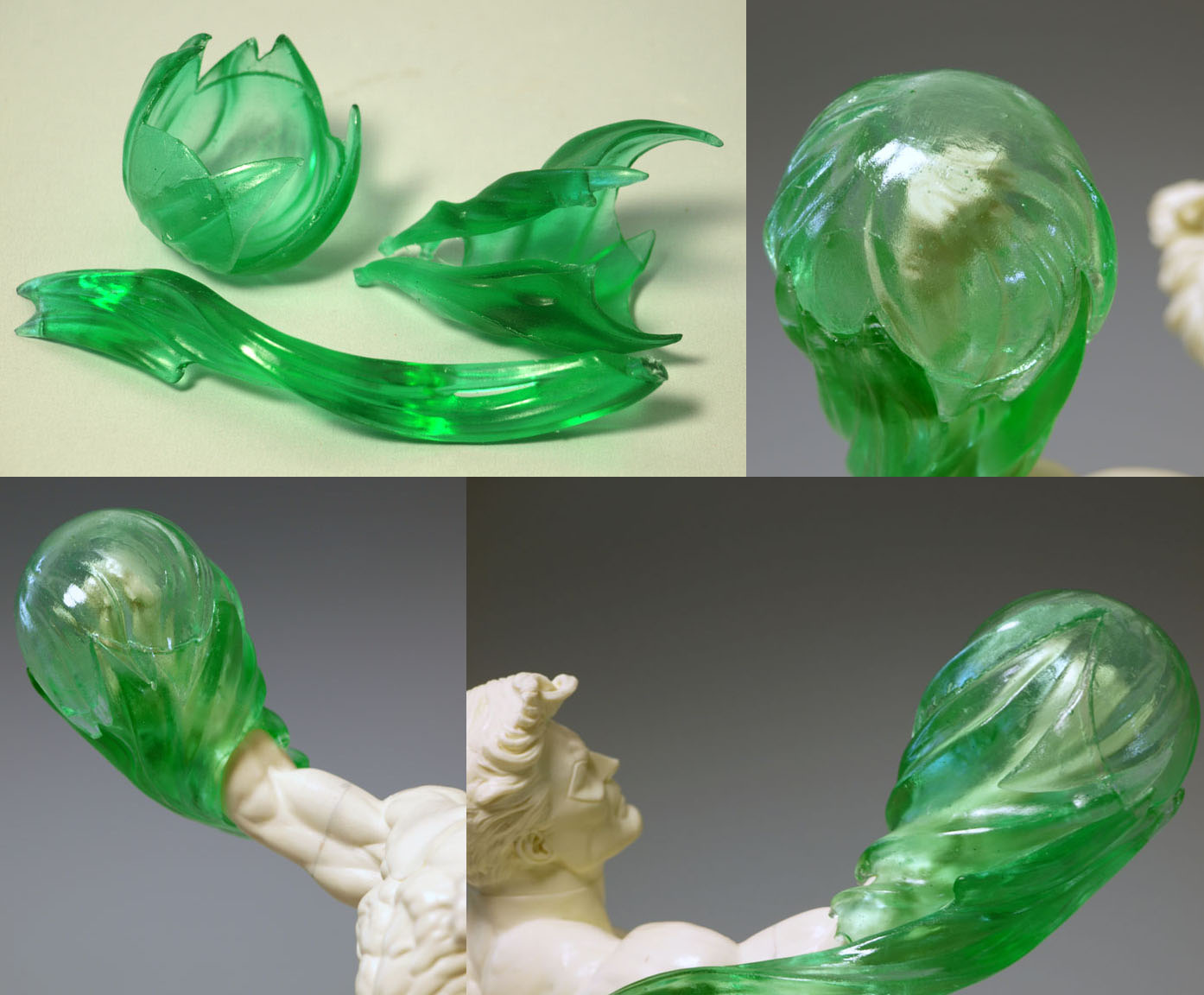 With the energy orb complete, I went back to the base and realized I’d over thought it big time. All that roiling energy just to get him off the ground, The worse part of the design beside being way over the top, was the knee support. 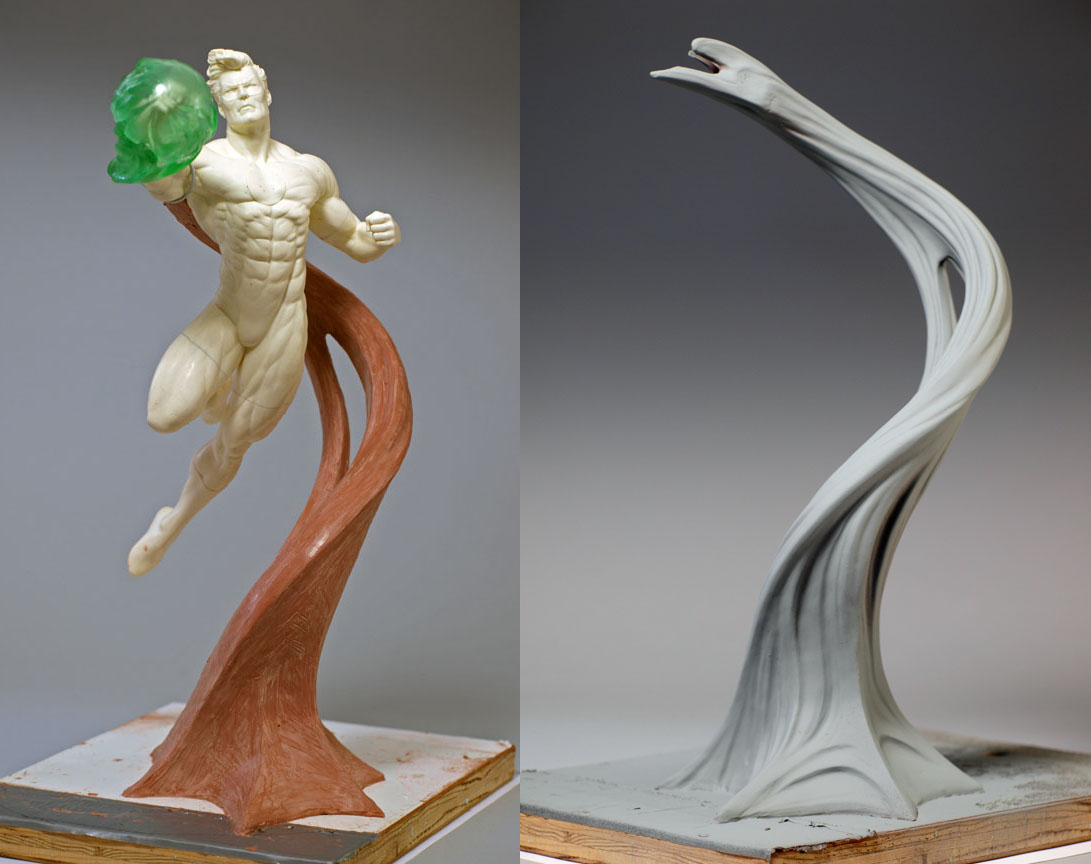 I took a couple of days away from it and came back to the design with a much simpler and more elegant solution. Roughed out it in clay and finished it in Firm NSP Chavant, primed it and it was ready more mold.

The figure is made up of five pieces, the base, including the energy orb is four. With the new design, the focus is on the figure and helps push the flying attitude the other base could have never done. 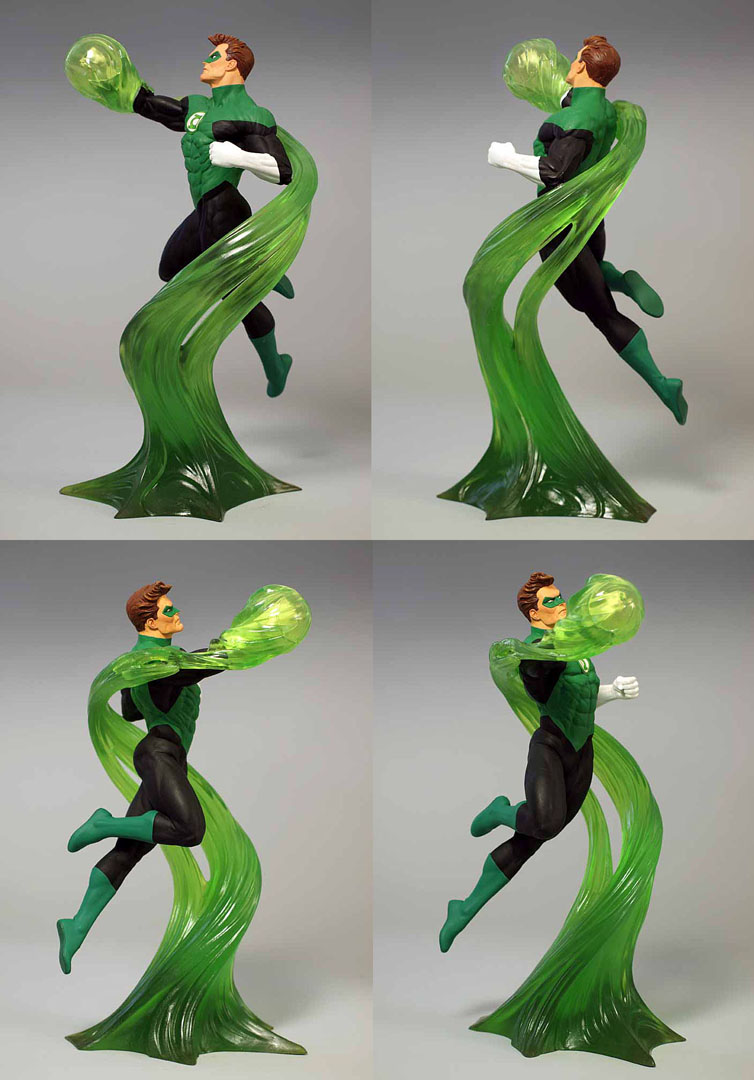 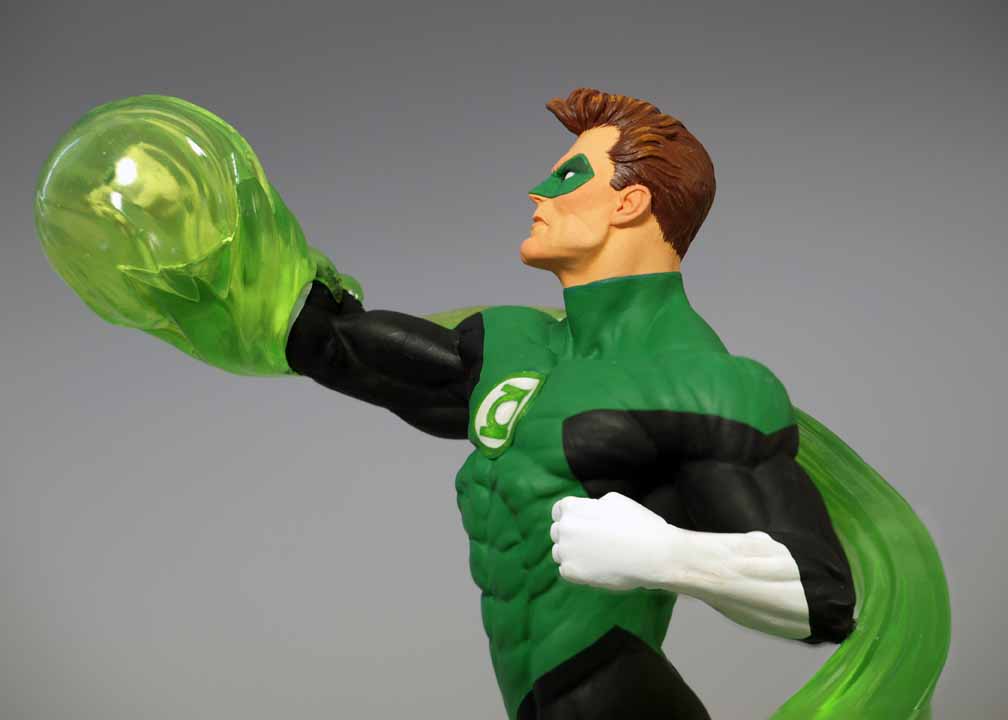 And, the best part, Don’s happy with it.