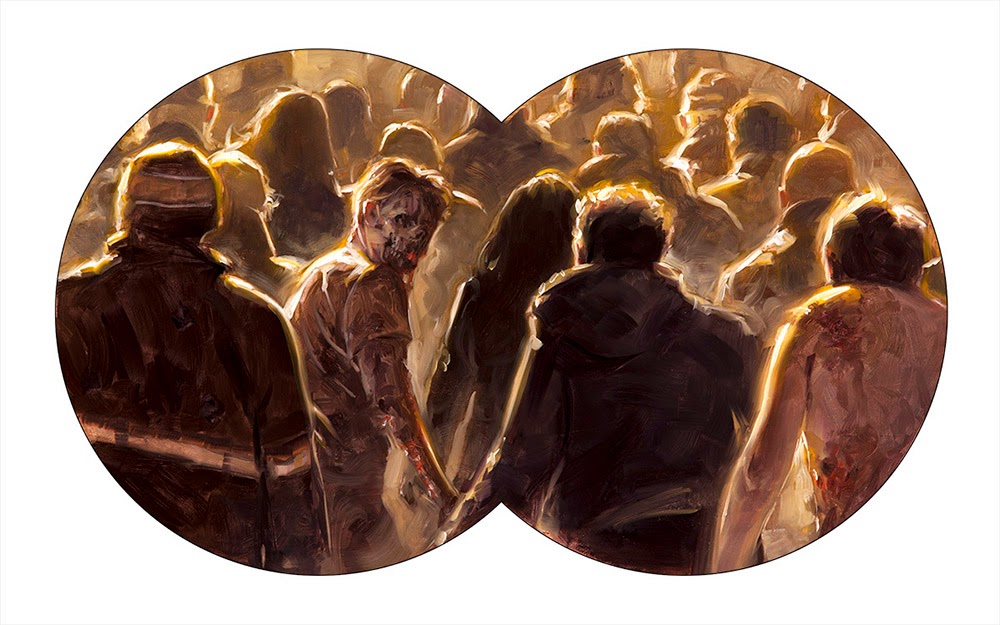 Choosing the best lens for your… painting?

In photography, lenses are typically separated into three groups: Wide, Normal, and Long.  Each group has unique characteristics which might make it ideal for certain situations and problematic in others.  More directly, each group has a *feel* to it which has a tremendous influence over the feel of the image produced.  Choosing the right type of lens for the project is among the first steps in creating a great image.  These concepts are equally important in narrative painting.

I want to make clear that this is not about shooting reference.  This is about using some photographic concepts to help guide the composing and concepting of our drawings and paintings.  Asking what lens best suits your intention can help jumpstart development on thumbnails, improve sketches, and hopefully avoid a tonal mismatch between intention and result.

In my photographic experience I’ve spent most of my life using zoom lenses and, if you are a typical modern camera owner, you have likely done the same.  Generally zooms will cover two if not all three groups giving the user convenience and flexibility.  Paradoxically though, that tends to make us lazier in our decision making and possibly water down the results.  I never fully understood this until recently when I began taking an interest in non-zooming prime lenses and, perhaps not coincidentally, enjoying photography as more than just a method of recording light and anatomical information for later use.  Choosing a fixed lens compels you to actually think about what kind of shots you want and how to achieve them. As tends to happen in exploring a new medium, this has caused me to re-examine these ideas as they relate to all images.

The difference between the three groups is how broad or narrow an angle of view we see when looking through the lens.  A wide lens will give an expansive view, a normal is roughly similar to how we actually see without excess peripheral vision, and a long lens will show only a portion of our normal view.  Cropping a photo kind of simulates having used a longer lens because the perspective and relative scale in the picture remains the same.  This touches one of the key principles to understand though: zooming a lens in, choosing a longer lens, or cropping all achieve the same basic result because they maintain a consistent point of view as represented in the above image.  On the other hand, we could physically move closer to or further from our scene and the result will be a change of perspective and relative scale in the picture.  As seen below, a subject framed in your lens (in this case the foreground figure), assuming that you keep that subject framed the same size between all three lens types, will look dramatically different in relation to the environment depending on the lens type.

So that is all well and good for shooting photos, but what does any of this have to do with paintings?  Quite simply, the wider a “lens”, the closer we as an audience will feel to what is happening in the scene.  In addition, the wider a lens the faster space will appear to recede which will result in an exaggerated depth and potentially more active and dynamic images.  Therefore, making the conscious choice can mean the difference between feeling like we’re a foot soldier in the thick of a battle or like we’re the general overlooking the battle from a safe distance.  On the subject of action scenes, one of the frequent comments that I give when reviewing portfolios from students is that we need to get closer to the action.  I give myself the same crit very often when sketching.  Does it look exciting enough?  Get closer!  But because of the reasons given above, getting closer does not just mean cropping tighter.  That will enlarge the action but it will still feel as though we are slightly removed.  You have to actually get physically closer to exaggerate depth and crank up the energy in your composition.  Getting closer means using a wider lens to maintain the full scope of the scene.

Personally, I believe that using a wide lens well is the most challenging of the three categories.  Done well, it can give intense intimacy and put the viewer in the scene.  Uncomfortably so.  The wider you go, the crazier things get.  This likely either means invading the personal space of your subject (and distorting the subject in the process) or placing the subject in the middle ground with foreground objects exaggerated in size and giving the viewer context of the space which they occupy.  If you are doing an action scene or want to ratchet up the drama between characters, this is the take-no-prisoners way to do it.  In wide angles, our vanishing points are closer together relative to the field of view so architecture will have exaggerated swooping angles that recede quickly and foreground figures will distort.

Some artists tend to do very wide angle pictures which do not have the intention of thrusting the viewer into the middle of a kinetic scene, but rather to get an epic panoramic view.  In terms of lenses, this can feel a bit ambiguous between wide and normal.  The important distinction will lie in how much depth can be depicted, and how close we feel may rest heavily on use of foreground objects.

Conversely, maybe the scene is one that calls for a more orderly, stately, or designed point of view.  In this case we can step way back and then crop in, which is to say switch to a longer lens.  This look tends to flatten space for a more structured and compressed feel.

This option is often heavily about design.  The results feel more planned and less kinetic.  Because we are further from our subject, they will be relatively similar in scale to what is surrounding them.  The space of the picture will have a compressed quality to it which can be used for more geometric and analytical perspective and compositional tricks.  The viewer will feel safer in dangerous scenes as they do not share the space with the subject.  Vanishing points will be very very far off the edges of the picture for minimal architectural distortion.  This is also generally what works best for close up portraits because the subject will not distort and background elements can be more easily controlled and arranged to frame the subject.

And in the middle we have relatable scenes observed from a comfortable but still inclusive distance.  Our normal lens represents where we might place ourselves as casual onlookers.  This choice is our human default position which, like all compromises, you’ll find is often the balance needed for your picture with nudges towards a wider or longer feel.

This general purpose option is the standard for most natural view situations.  You will feel close to your subject without invading their space or going full tilt on the energy level.  Alternately, you might use this approach if you want the viewer to feel somewhat neutral in the scene: present but not a participant.

When I begin planning a new painting, I keep these principles in mind and ask myself:  “How close or far do I want for the viewer to feel to the scene?  Can I push that feeling even further?  Is the tone immersive, natural, or compressed?”  It is a good check before deciding if my sketch is ready to move forward.

So, how close or far do you want for your viewer to feel to the scene?  Can you push that feeling even further? 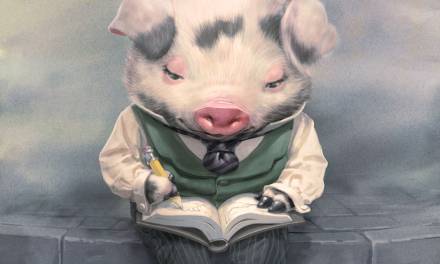 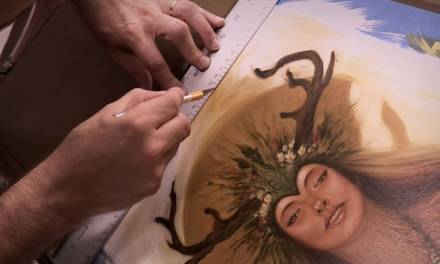 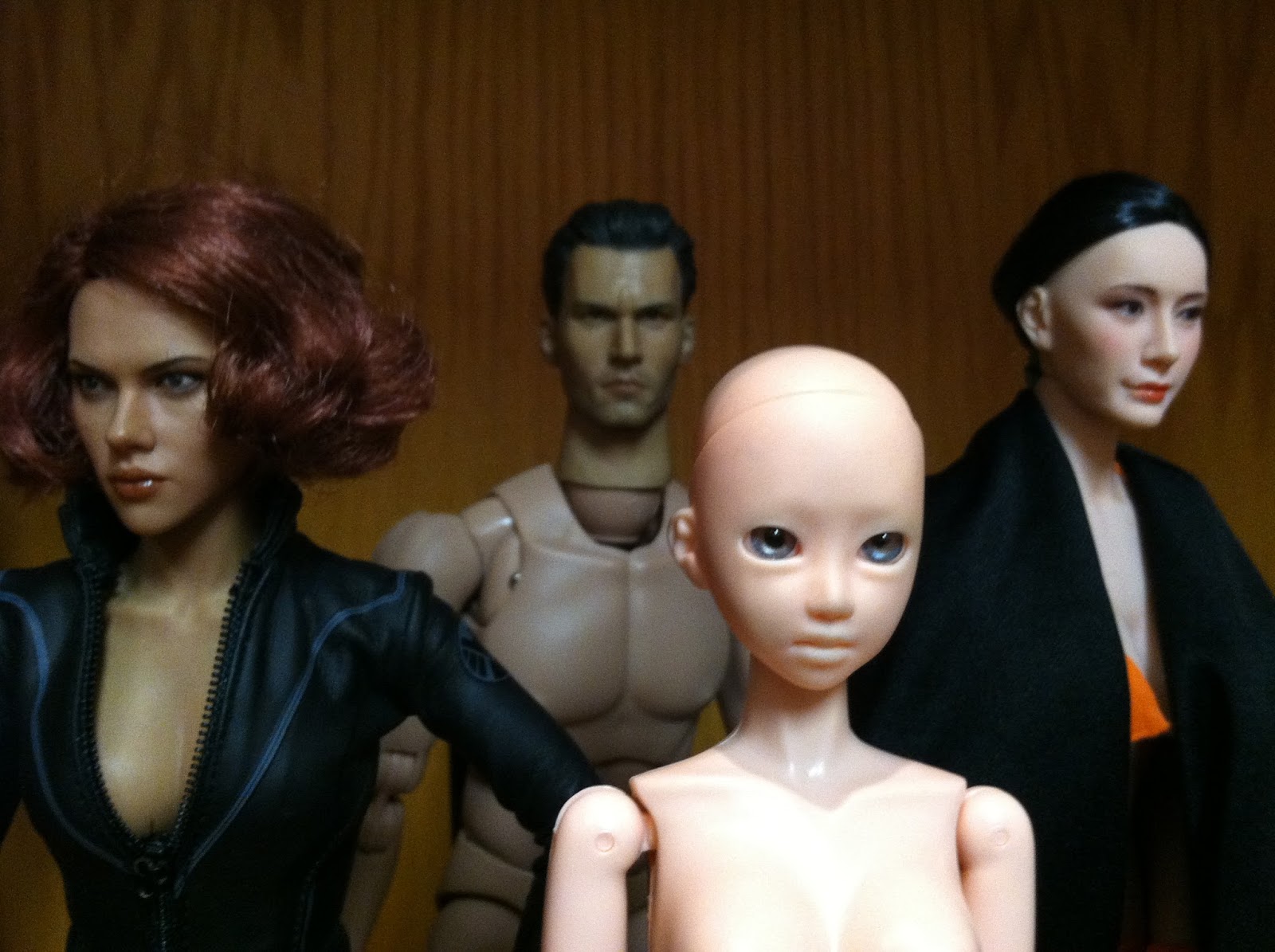 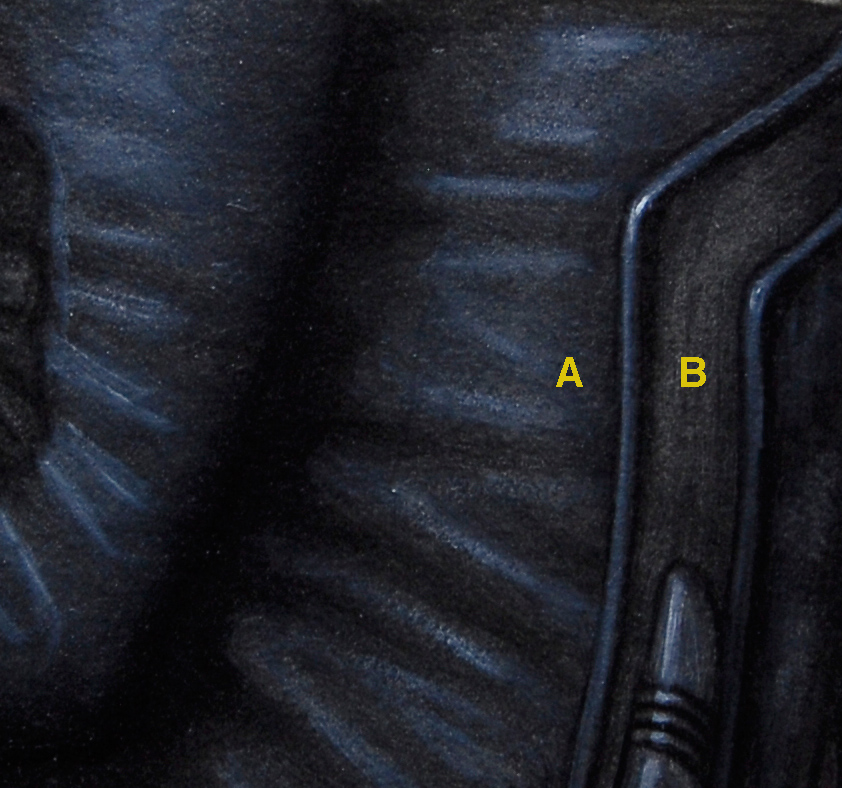 Making the Most of Black