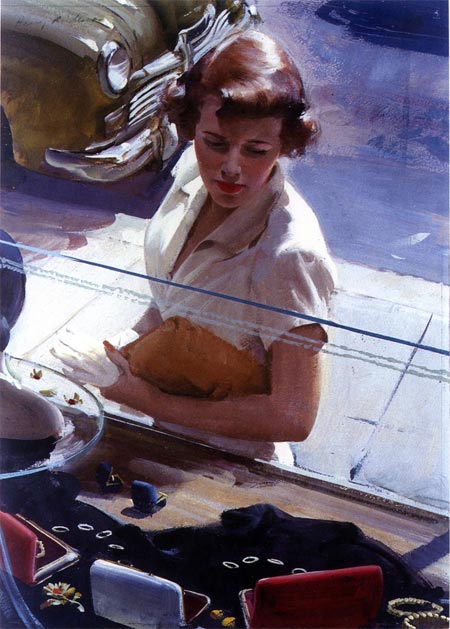 Harry Anderson (not to be confused with the illustrator Harold Anderson) ranks right up there with Haddon Sundblom and Mead Schaeffer for me, but maybe a little less well known.  I first saw his work as a kid at church.  Anderson was devout in his faith and did many religious paintings, and that is probably what he is best known for, but he did a huge amount of commercial illustration work.

Anderson did work for clients such as Exxon Oil, Collier’s, Cosmopolitan, Good Housekeeping, The Saturday Evening Post and more.  He didn’t start out to be a painter though.  His initial schooling was as a mathematician, but discovered his love for drawing while in school and switched to the Syracuse School of Art in 1927.

While in school, he was roommates with Tom Lovell (you can read about Tom here).  Harry started painted with oils, but found that he had an allergy and switched for a time to egg tempera.  It was a less forgiving media for him, but it made him more decisive in his work.  Later on he painted with gouache and acrylics, but ended up painting many of his illustrations with casein.  It gave Anderson some benefits similar to oil, but without the turpentine.

In the 60’s he was able to start using oils again with the introduction of alternate solvents to turpentine.

Here is an excerpt taken from “the Art of Loose Realism” by Kent Steine that describes some of his working habits and palette. source

Harry would produce dozens of small sketches in casein creating a variety of compositional color and lighting possibilities. In completing a finished painting, he would refer to these as well as his photographs. They were in fact the blueprints from which all of his research and reference materials were created. After his preliminary studies, research, photography, and processing, Harry would purchase a new brush. This particular ritual was repeated every time he started a new painting. Hence, there was a massive collection of brushes in the artist’s studio at any given time. Standing at his easel, with photo or sketch in his left hand, he would begin sketching directly onto a handmade watercolor paper mounted on board, using a small round or flat sable brush loaded with a thin, watery neutral dark value. This preliminary sketch onto the watercolor paper was done in lieu of the customary penciled version employed by many artists. This was achieved by merely dipping his brush into a water/mixing bowl that was almost never changed. Harry preferring to replenish with fresh water when necessary. After time, the resulting effect was a soupy mixture of paint and water.

At this point he would begin to block in the mass shapes and forms as quickly as possible, concentrating on locating the correct hues and values. At these early stages of a painting, Harry used sable brushes of various size and shape. Later on as he began to apply the heavier more opaque brush strokes and passages, he used oil bristles. The next stage was to make any corrections to the drawing, value, and hues. The inclusion of detail began at this point, as well as the attention to edge definition and modulation.

Soft edges and shapes behind sharp forms or shapes create depth and volume. His process of blending paint was not limited to the more traditional methods or techniques. Harry employed a system which is sometimes referred to as the split brush or double load technique. This was done by dipping or loading a flat brush on one side with a color, then loading the opposite side of the bristles with another color. As he pulled the brush stroke, the two hues would automatically blend with each other. He used this method in particular for turning cylinders, such as a stocking on a leg.

I hope you enjoy the images here and if you are familiar with his work that maybe there is a new treasure or two! 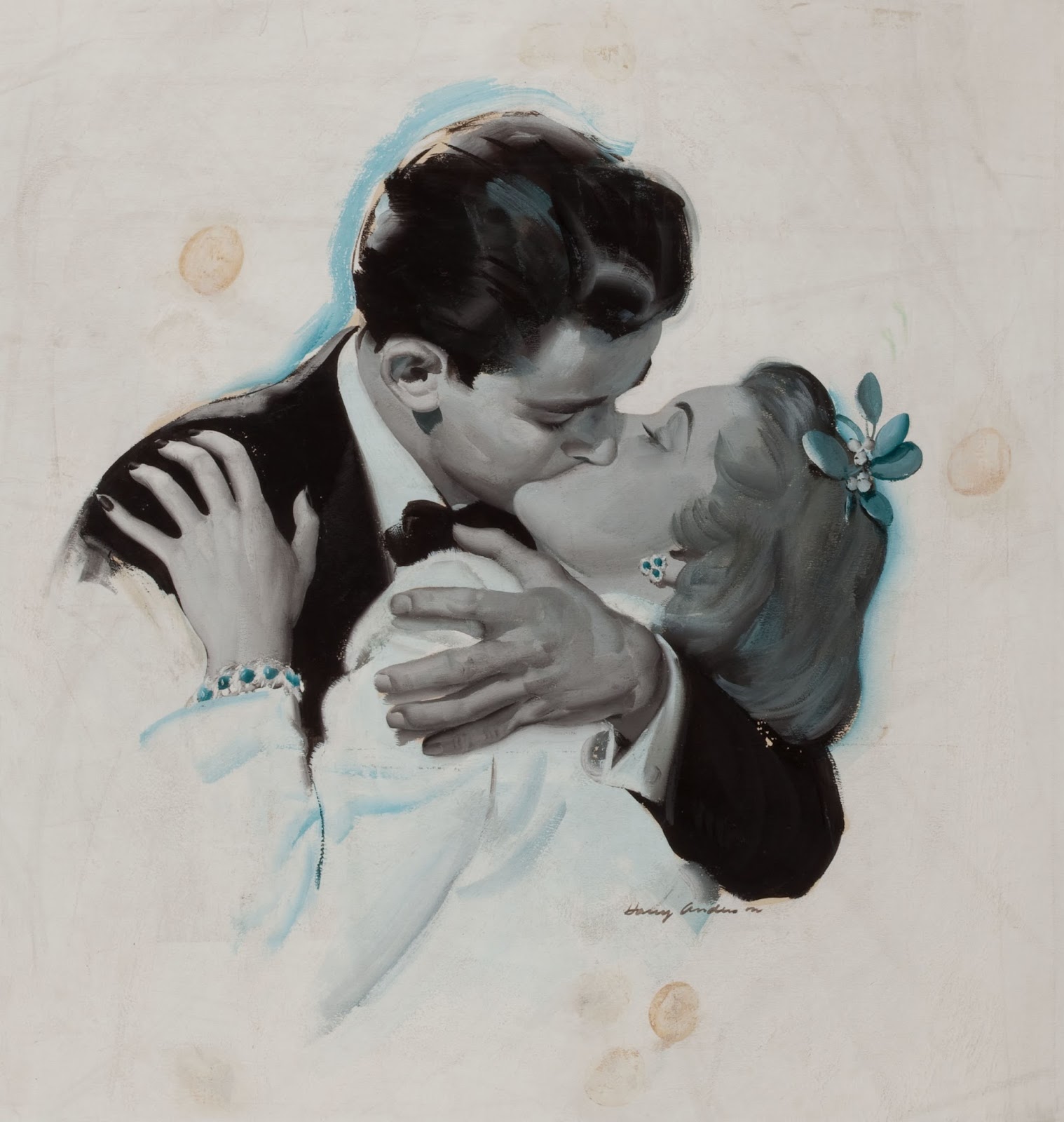 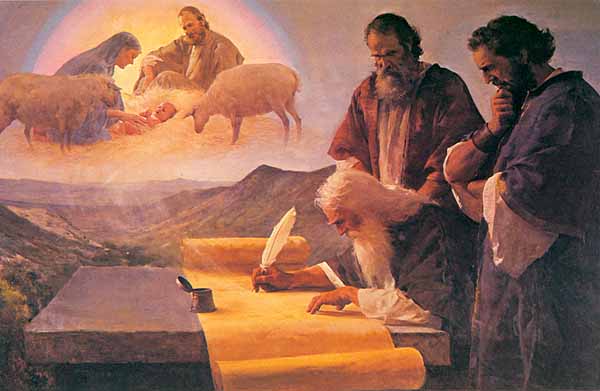 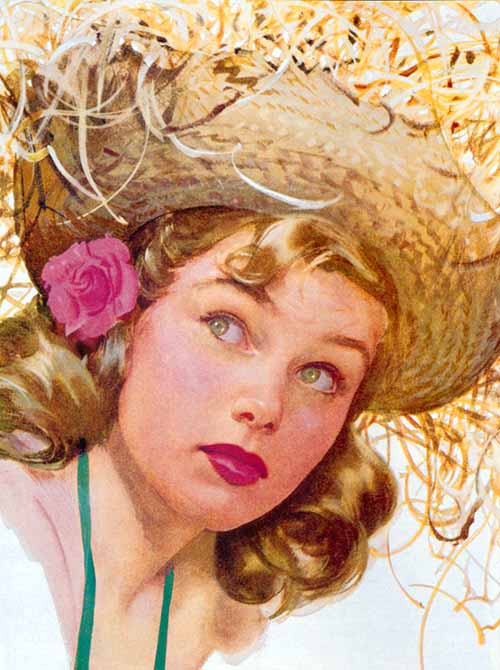 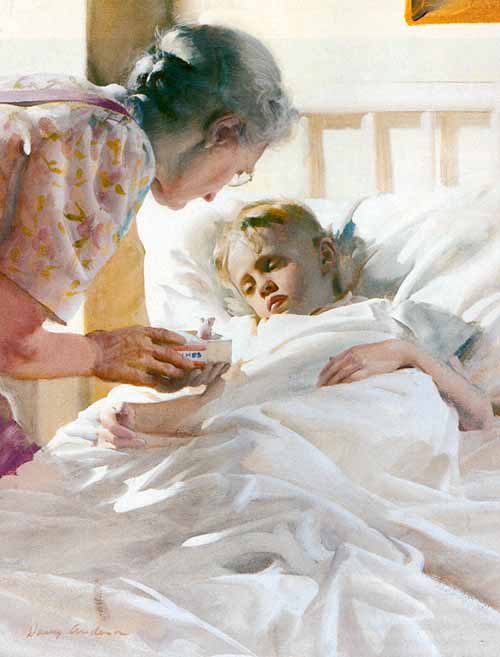 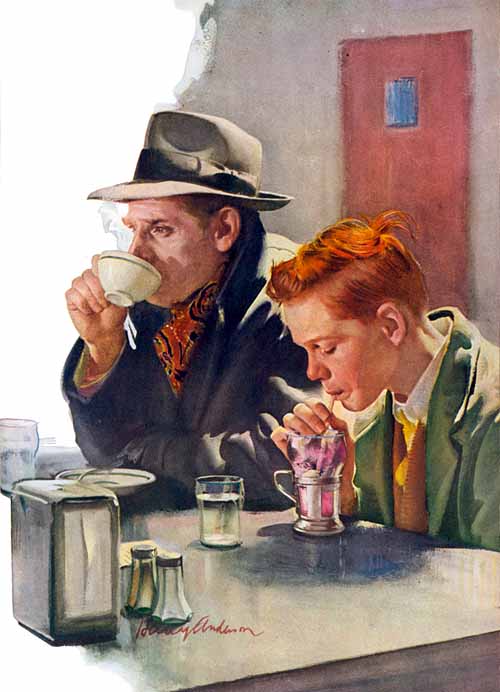 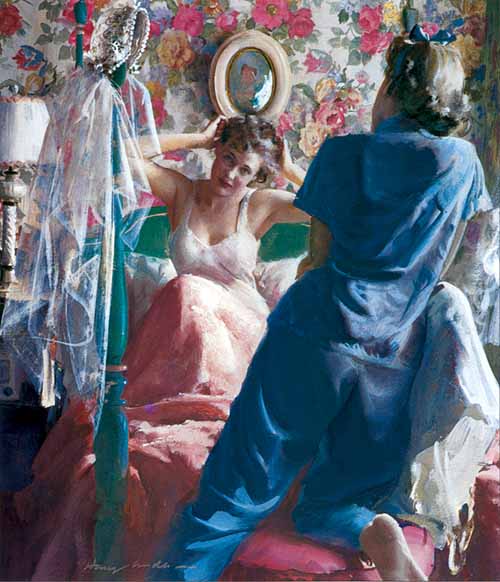 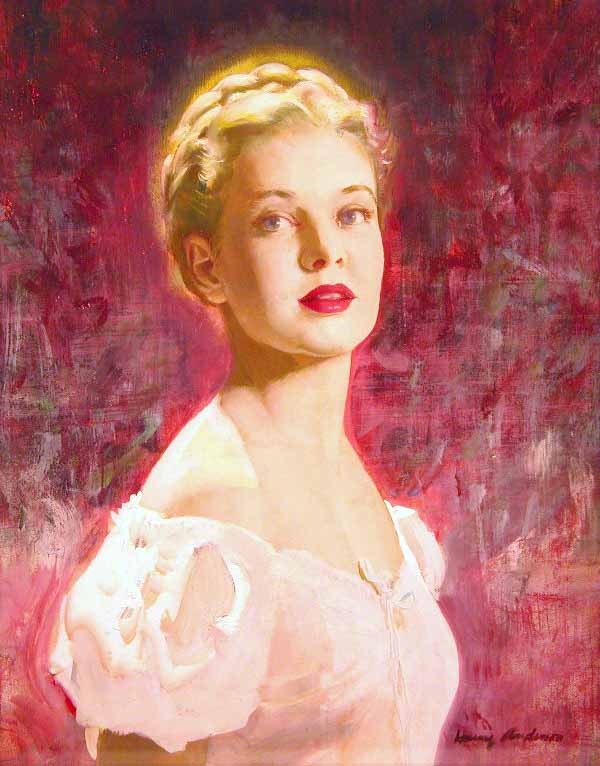 Thanks for giving this post a read!  For more information on Harry Anderson, here are some links: 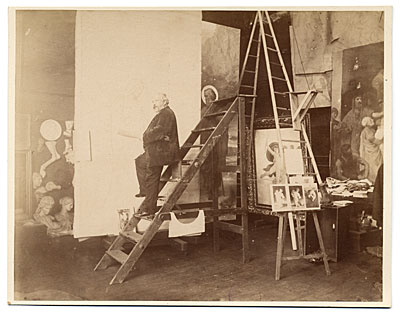 Art Studios – I Need Your Input 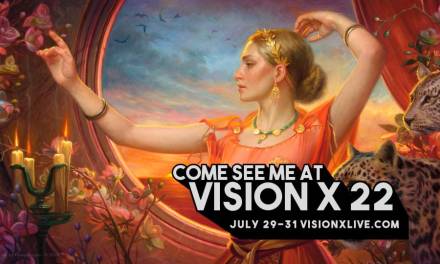 Vision X Global Art Conference 2022 – This is going to be epic!