It was 1973. I was broke and unemployed. So, I thought, I know, I’d like to do album covers. At the time, I hadn’t done any illustration work professionally. But I was optimistic and ignorant, and I had no clue how unlikely me getting a job doing an album cover was. I looked in the phone book. There were two listings for album graphics companies. I called the first one. No answer. The second call was answered by a girl with a Lauren Bacall sultriness.

I made an appointment to show my work later that day. I had no portfolio, so took stuff off the walls, spent my last twenty-eight cents on gas and drove to the Hollywood Hills. A couple of hours later, I was on my way home with a job doing Ringo Starr’s Ringo album art.

Ringo was friends with Harry Nilsson. They’d done a movie together and had so much fun they wanted to do another. I wrote a treatment, showed it to them. They liked it. Made some changes and gave me the green light to produce a pilot film called Harry and Ringo’s Night Out. During the making of the pilot, Harry was recording an album called Pussycats, being produced by John Lennon.  I would come to the Malibu house John had rented to update Ringo and Harry on the project’s progress. And that’s where I met the charming May Pang.

May and I kept in touch over the years. She was preparing for a show of her photographs in Germany for 2014. And, so I said to May what I say to everyone. “You know what you need? You need some sculpture.” And she agreed. I contacted a handful of friends and ran it past them. We’d all produce a half life-size portrait bust of Lennon, in any style and material we wanted and they would become part of May’s show. The work was amazing. 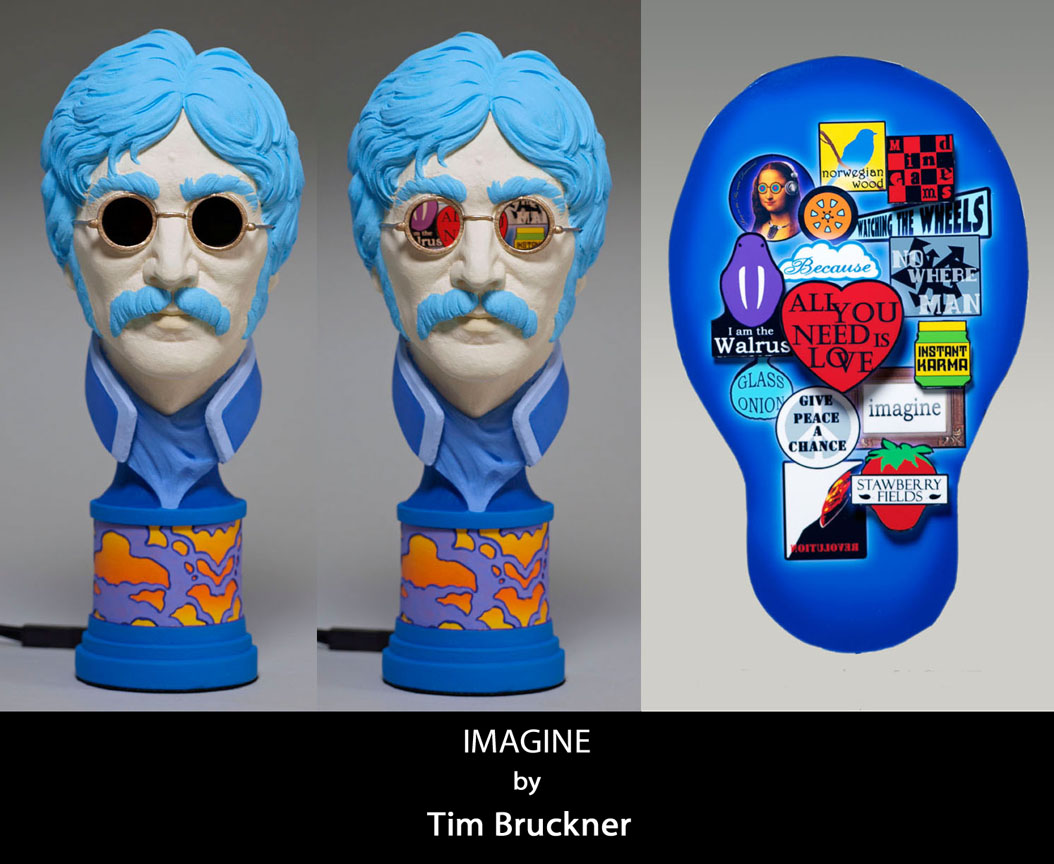 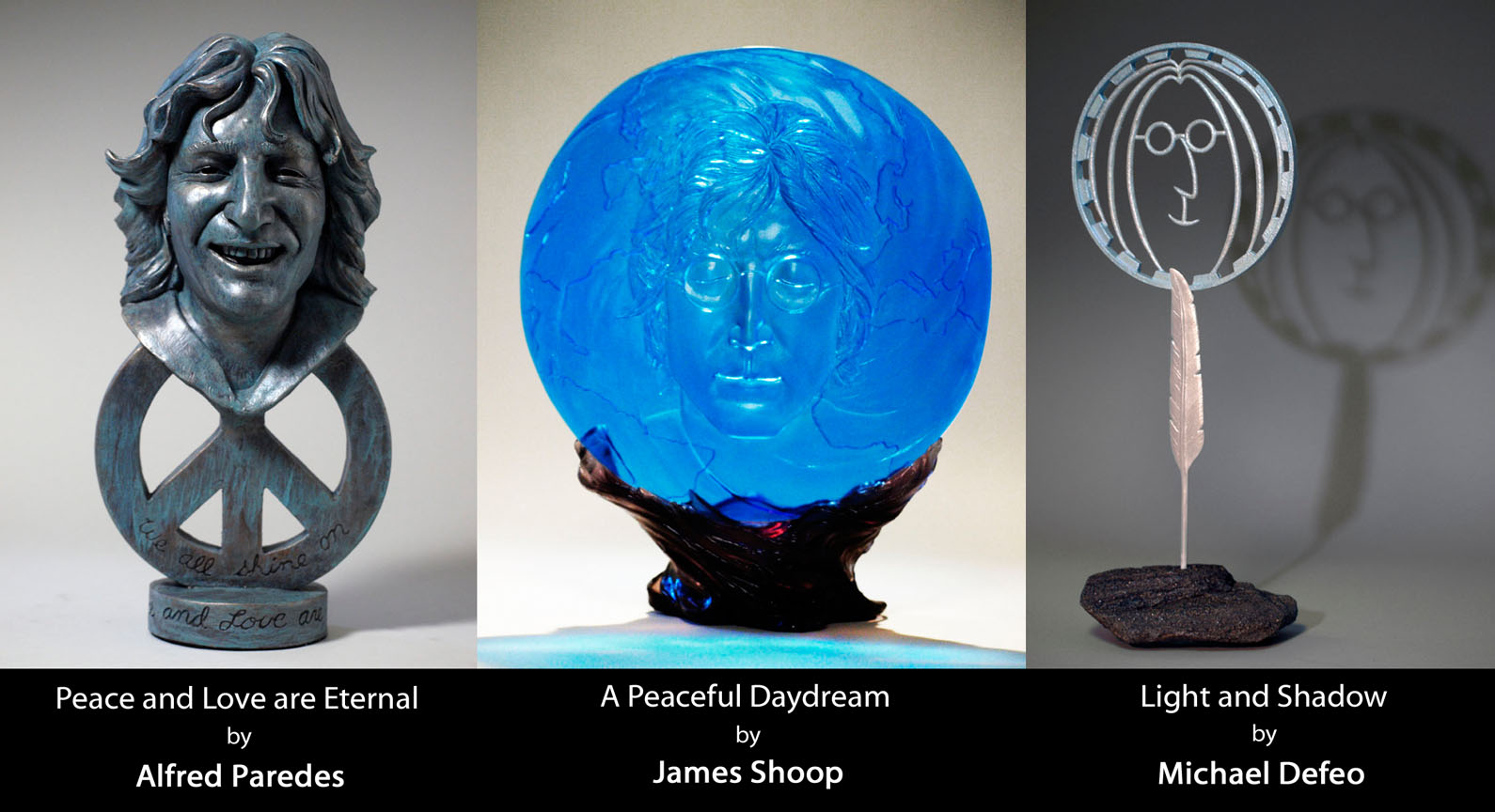 Two weeks before we were scheduled to ship the sculptures, May’s promoter pulled the plug. I just looked up crestfallen. That’s what we were. Crestfallen.

I’d been in contact with Julie Baroh, of Krab Jab Studio, earlier that year and during a conversation, after the pulled plug, pitched the idea of a Lennon themed show. We already had four great pieces. What if we could get some artists to each pick a Lennon song and create a piece of art inspired by it.

The result is Lennon, a celebration of the Music of John Lennon. I picked “I am the Walrus“. 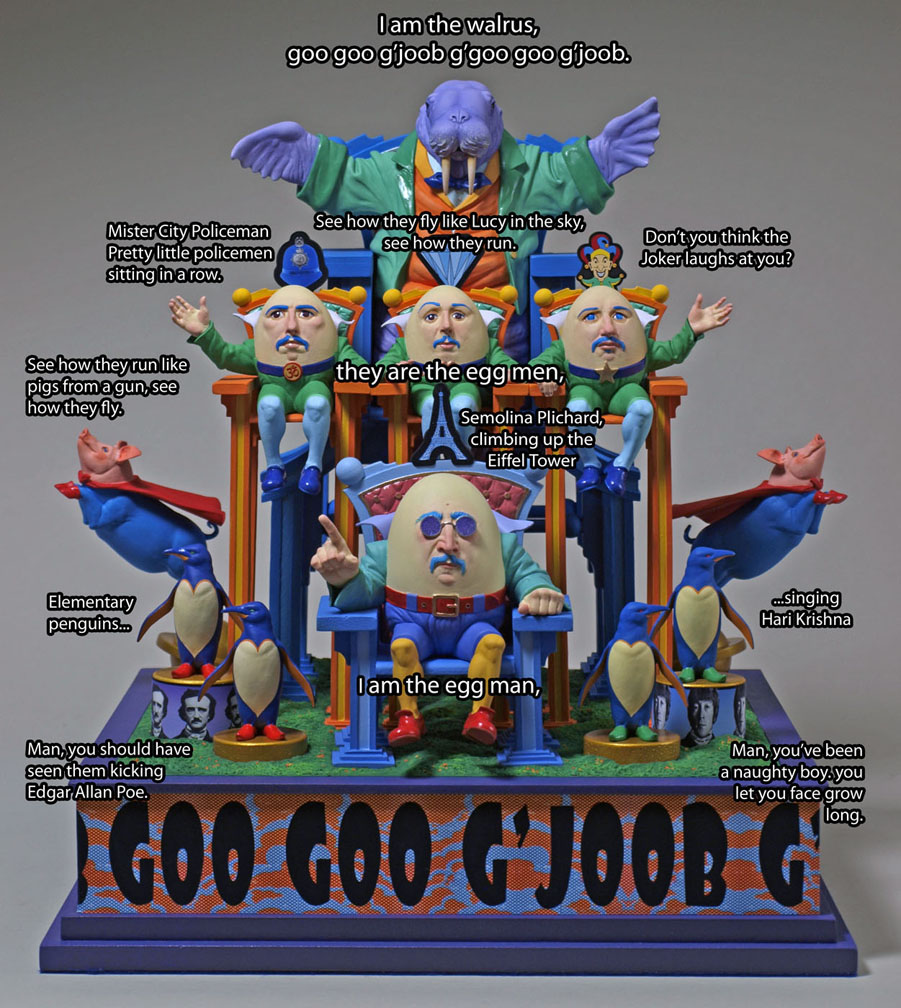 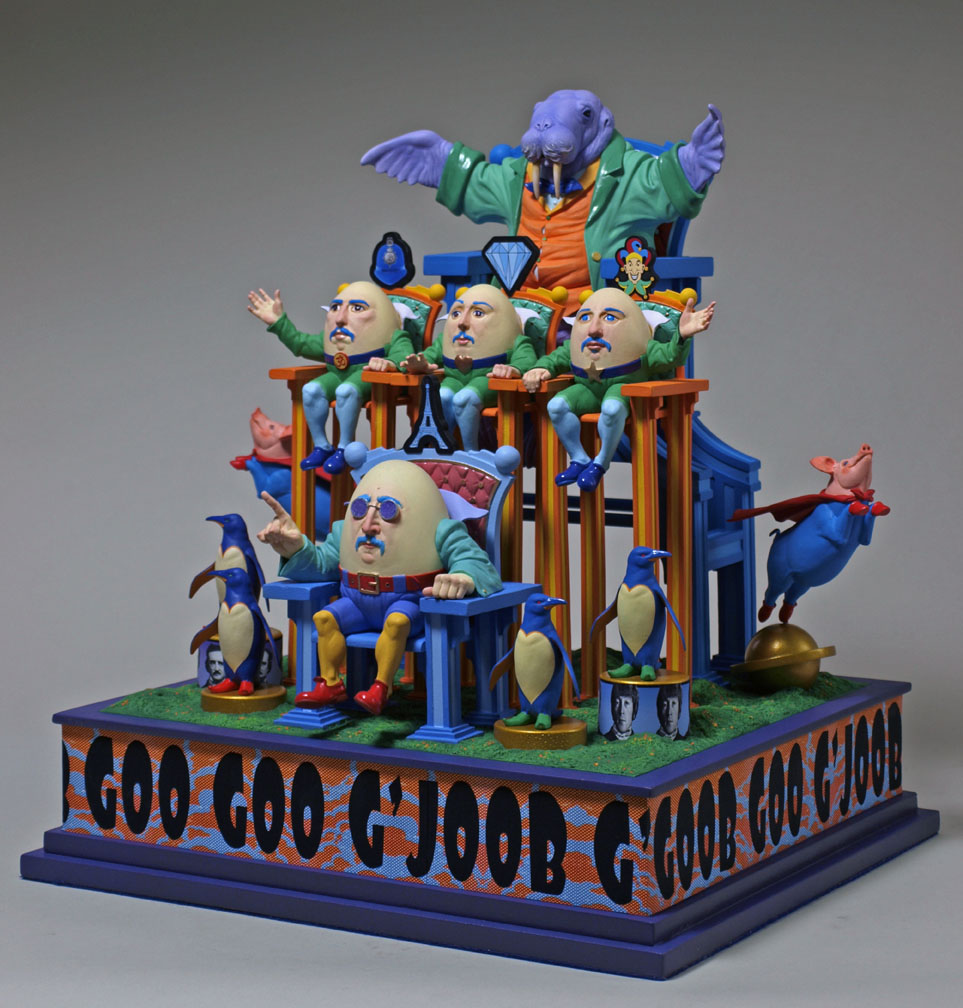 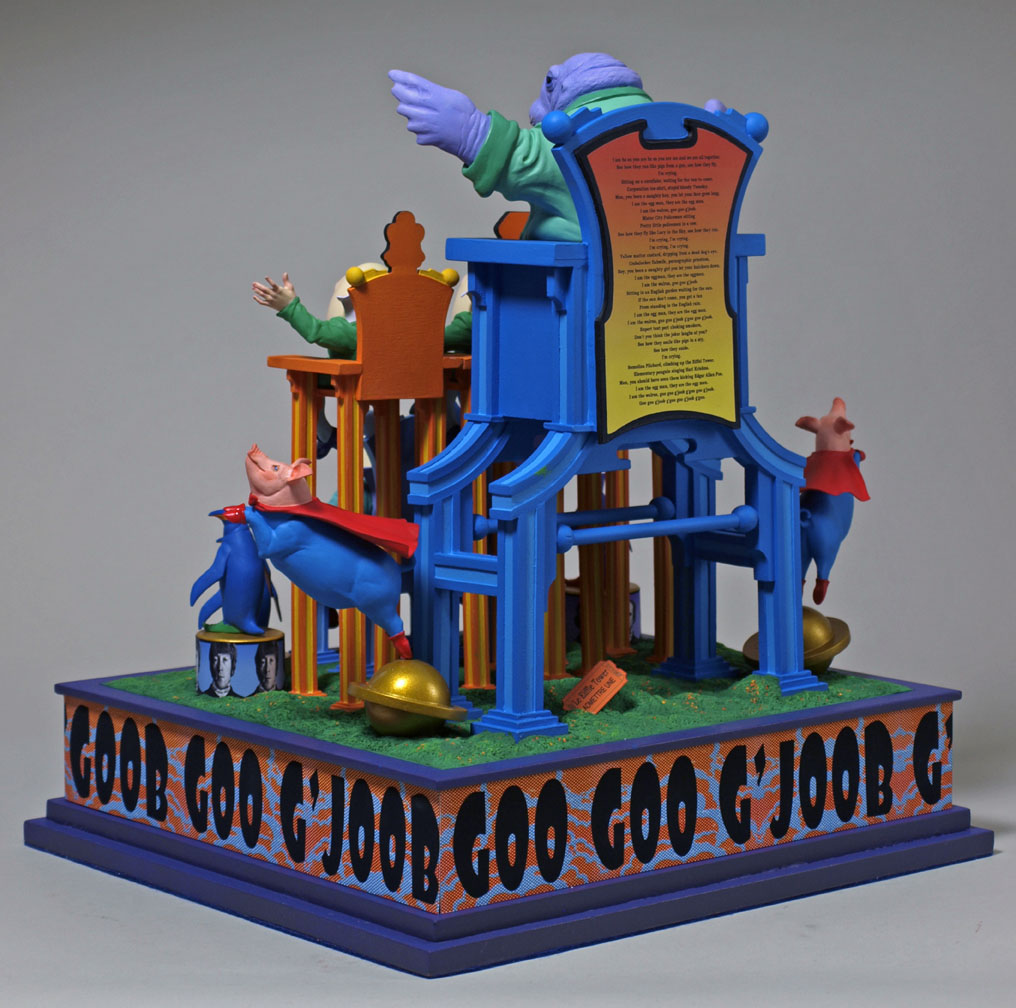 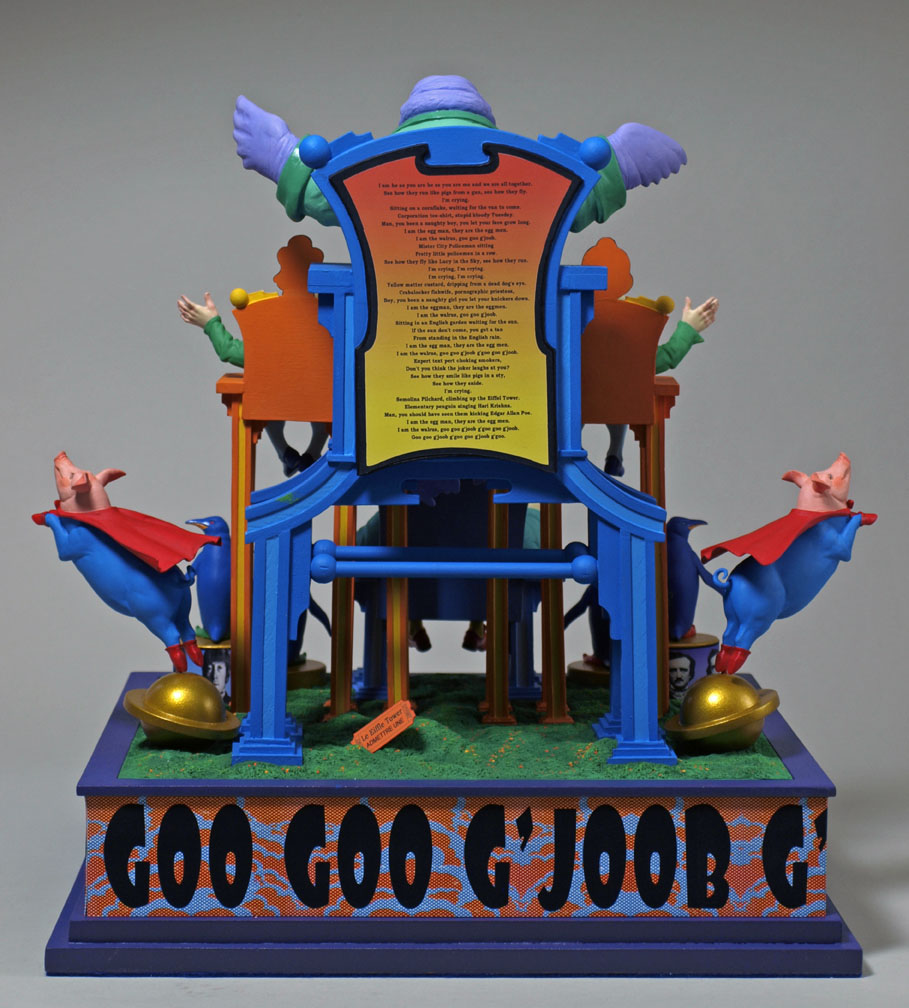 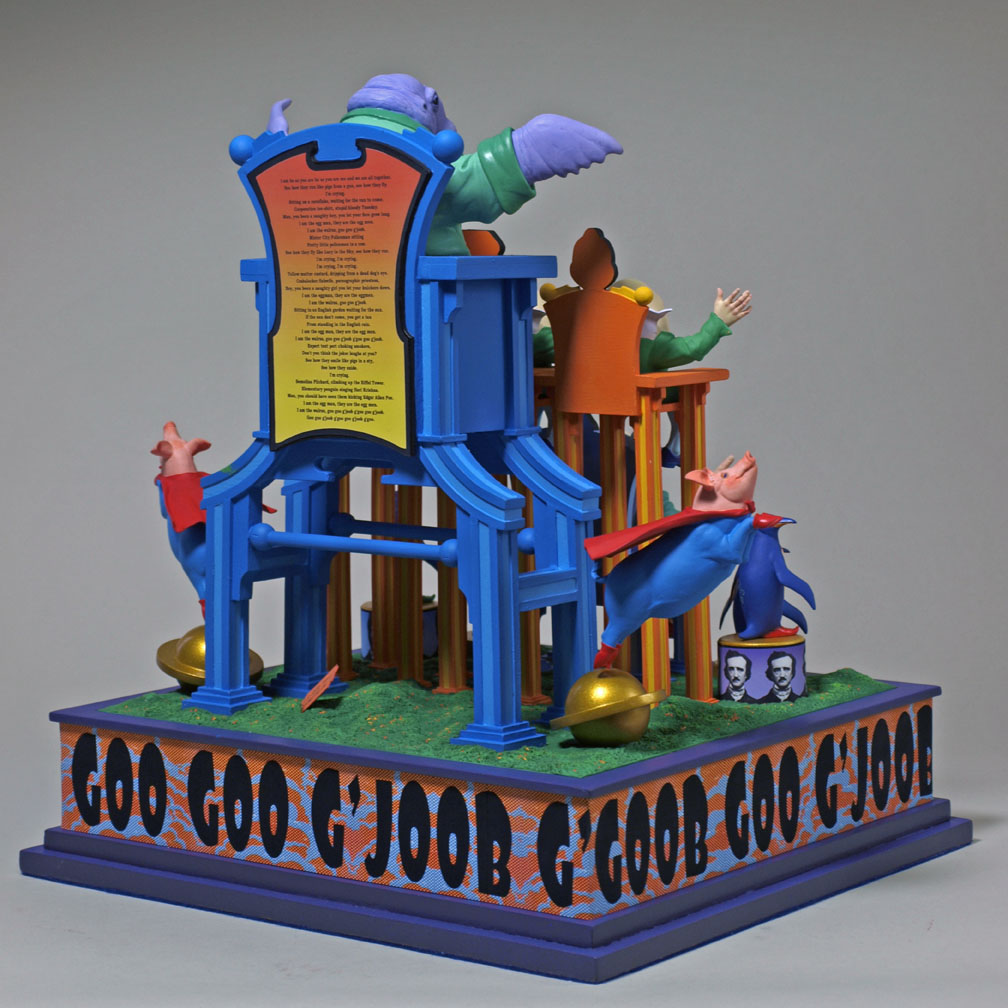