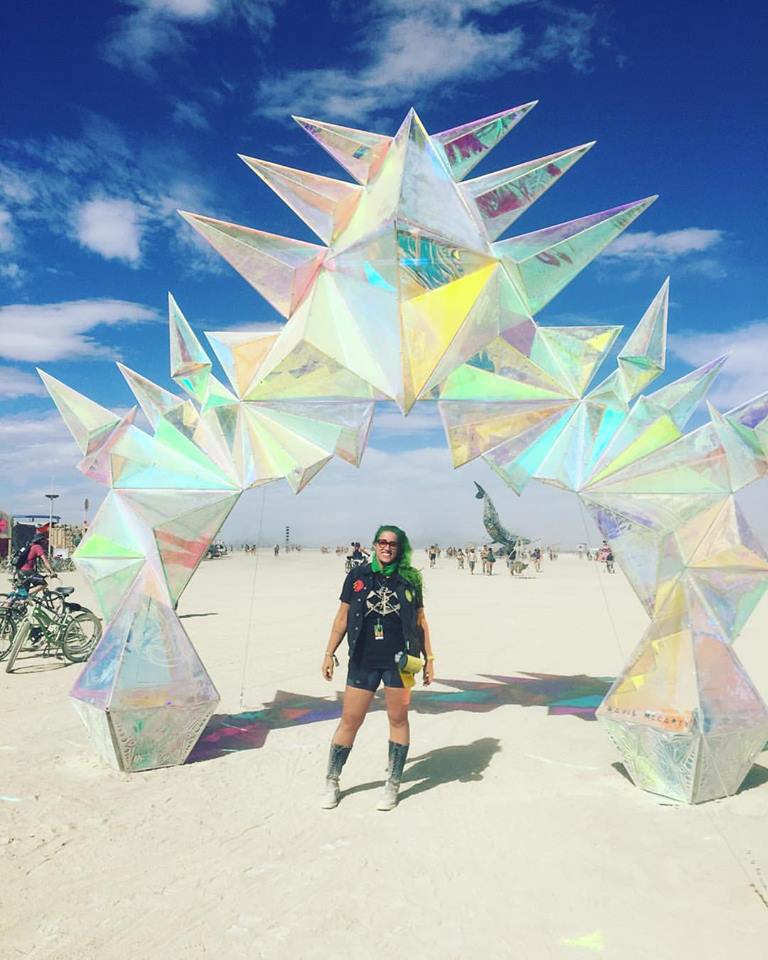 My summer of travel continues, and the last trip is the most daunting of all: Burning Man. I’m sure most of you have heard of it, but for those of you who don’t know, Burning Man is a huge (like 70,000+ people huge) event that happens out in the middle of the desert near Reno, Nevada. It started in 1986 in San Francisco, and grew exponentially until it moved to the desert and eventually came to the size it is today. If you haven’t been to it, as I hadn’t before now, you think it’s a mix of hippie campers, ravers partying and doing drugs to DJ sets, a few anti-corporate punks, and a lot of scantily clad extras from Mad Max: Glitterdome.

And it is all of those things. But it’s also a hell of a lot more, especially from an art and artist POV.

How the hell did I end up in the desert in the middle of a pack of sparkle ponies? It’s a long story, but the short version is, due to good friends managing the BMIR (Burning Man Information Radio) Station, I was invited along to work, helping out with social media, supporting on-air DJs, and helping in the group camp. (You can listen along right now to everything happening at Burning Man live for free here.) It was also the only con I could think of to top the craziness of DragonCon. And then, most of all, the thought of camping in the desert for over a week also terrified me — since I am a NYC native who has never camped a single nite in her life — and I wanted to prove to myself I could do it.

I’ve been here since Saturday afternoon, so that’s 5 days down and 6 to go. And Burning Man has been both a lot of what I expected from seeing pictures, and a LOT more. The first thing that surprised me about Burning Man was the sheer scale. It’s absolutely immense. The size of the layout is so big, it really is taking an abandoned piece of land and turning it into a city. You can’t possibly see a quarter of it in a week, whether you have a bike or not.

The second thing that surprised me is how much art there is. The amount of art within the small and large camps and freestanding around the major open areas is staggering. I honestly would say Burning Man is an art festival first and foremost, before the music, before the camping, and before the fashion show. And that was absolutely not what I expected. And yes, there is a lot that could be considered performance art (dance, flow arts, fashion, etc.), but there’s so much visual art, especially huge sculptures and “art cars” wandering around the city that I would say that it should be on every artist’s radar. I can’t think of another place where this many artists are producing such a volume of art for the sheer goal of making cool shit and showing it off. Burning Man fights very hard to keep the commercial world out of Black Rock City (Decommodification is one of The 10 Principles of Burning Man) and they do such a strict job that the only thing you can purchase in the entire desert is bags of ice and coffee in one cafe in Center Camp.

The third thing that surprised me about Burning Man is how much thought goes into it (beyond just planning a festival of that size, which is a lot of thought and logistics already). This year’s theme was DaVinci’s Workshop, and beyond just everything being mildly Renaissance-themed, the place of the artist in Renaissance Italy was seriously considered and has been discussed throughout the year on the Burning Man site, and it has a lot of relevance to issues we as artists deal with in today’s art world:

Burning Man’s 2016 art theme is inspired by the Italian Renaissance of the middle fifteenth and early sixteenth centuries, when an historic convergence of inspired artistry, technical innovation and enlightened patronage launched Europe out of medievalism and into modernity. Our story will focus on the republic of Florence, for it was here, in a city-state of about the same size and population as Black Rock City, that humanist ideals, a rediscovery of science, and funding from a newly moneyed class of entrepreneurs fueled a revolutionary cultural movement that redefined Western civilization.

The Burning Man Journal goes on to talk about the historic role of patronage in artist’s lives, and how that relationship between patron and artist was most frequently the Catholic Church, until the rise of the merchant class in Renaissance Italy began to challenge that artistic monopoly and commission more and more works for themselves and for the glory of their cities, instead of just to god.

Caveat Magister, who I had the pleasure of talking to this week, has written a fascinating series of articles on Art, Money, and The Renaissance on the official Burning Man site that is highly relevant to any artist figuring out their relationship to commerce in today’s world. I encourage you to check out the articles, but here’s a little intro video as well to give you an idea of what’s discussed:

So I’m going to sign off here, because I have to get up early — I’m going to be doing an art tour & meet the artists trip around Black Rock City tomorrow morning 11am-2pm PST, and you can listen along on BMIR. I’ll also be posting pics to accompany the live stream on the BMIR instagram (@bmir_fm) which will be feeding to the BMIR Facebook page.

I have 6 days left at Burning Man, so I’m sure this is going to stretch to another column, but in the meantime feel free to follow along on the BMIR social media channels (noted above), and my personal Facebook & instagram @planetpinto. 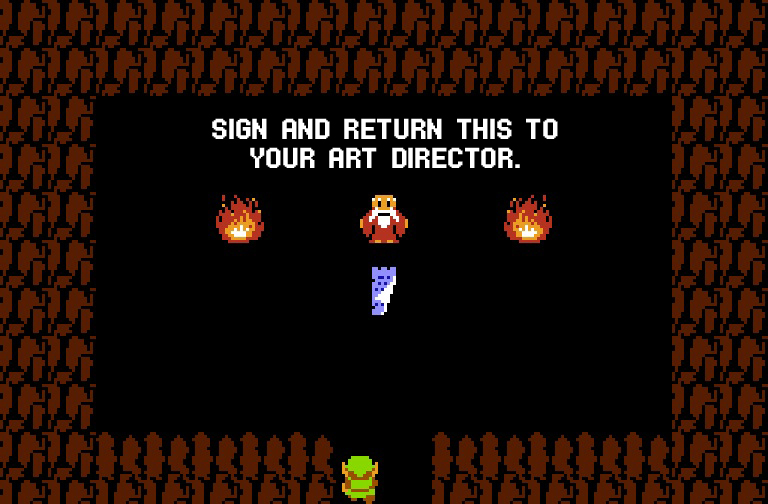 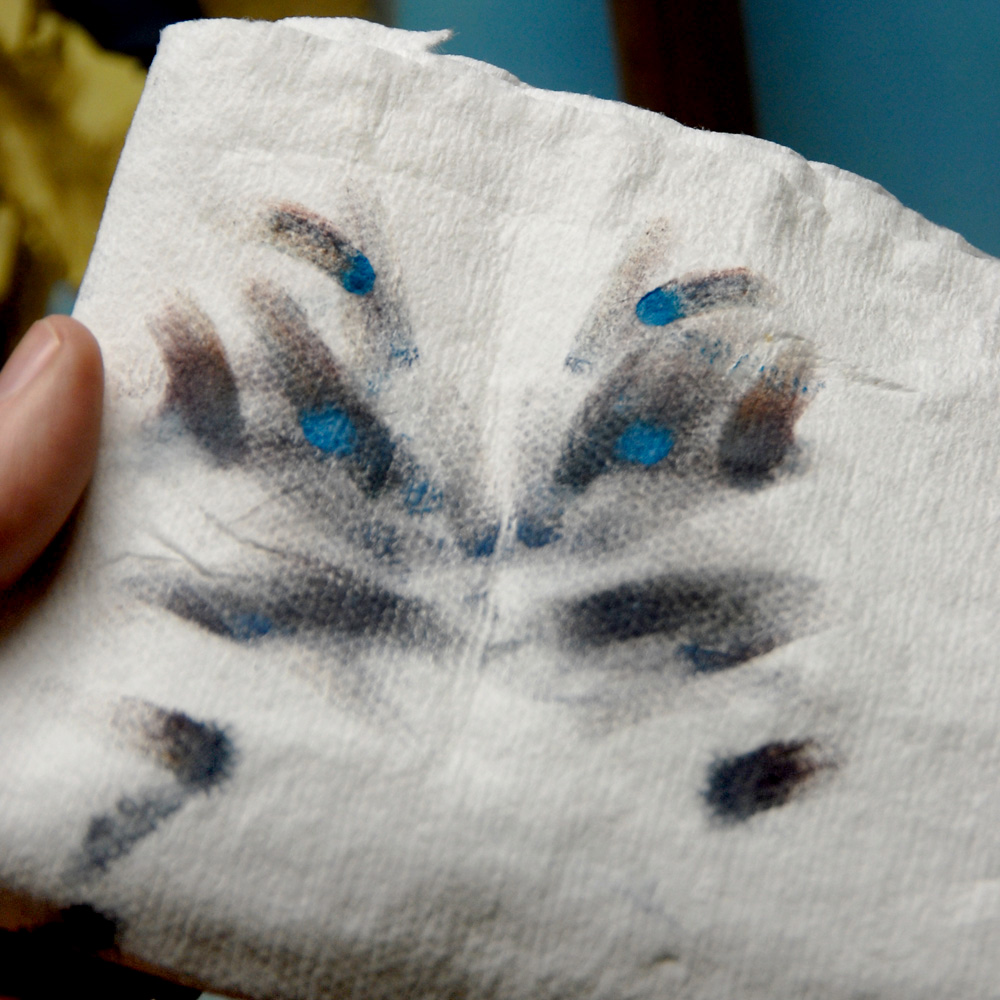 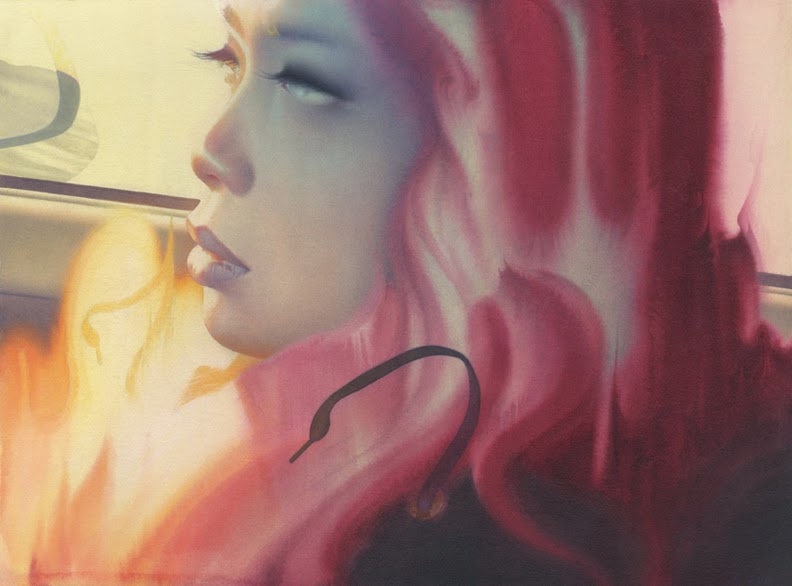 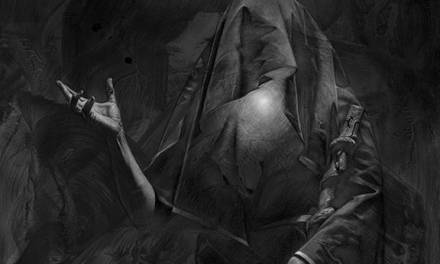