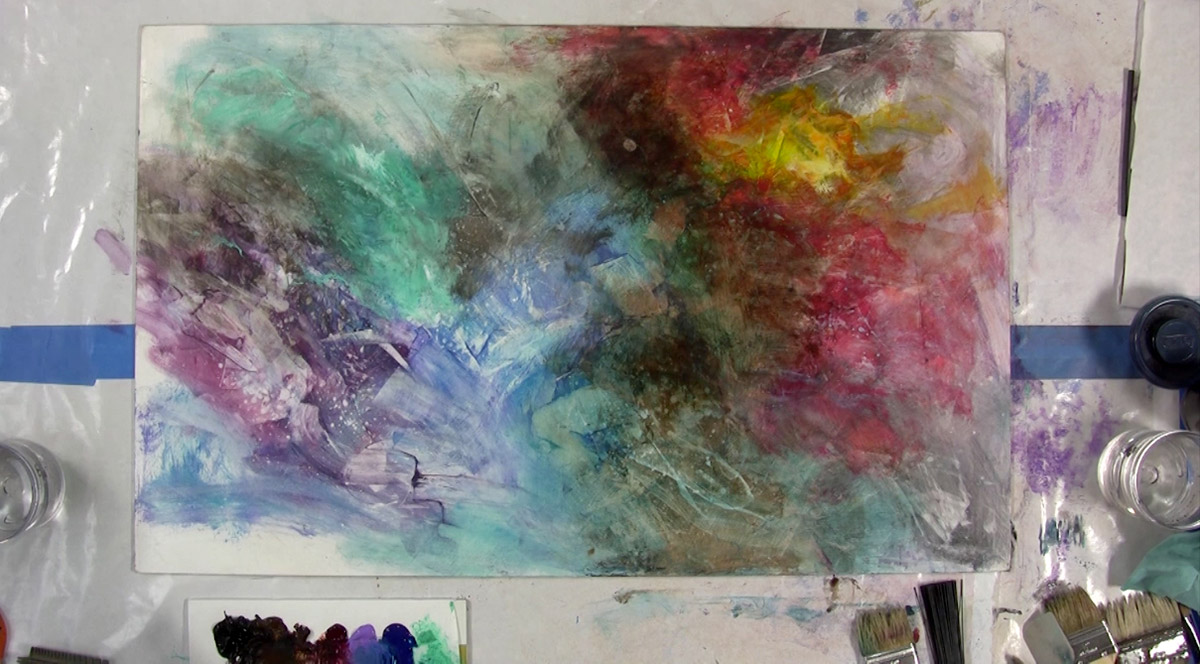 -By Ron and Vanessa Lemen

Let’s ring in the New Year by celebrating beginnings and endings!

If it’s true what they say – that what you’re doing on New Year’s Eve is a precursor to what lies ahead in the following year, then doing art and having fun doing it seems like a good idea for a couple of artists’ New Year’s Eve plans. It’s what we’ve done for many years now, and I don’t think it will ever get old.

This year, we will be making art again, and we thought we’d share the experience with all of you on our last post on Muddy Colors for the year because it happens to fall on New Year’s Eve! We put together a video (at the end of this post) of a collaborative painting we did together on New Year’s Eve-Eve-Eve (in order to be able to post it on New Year’s Eve). It’s not necessarily a ‘finished’ painting – we painted for a few hours in one afternoon – but it’s not about the finish. We wanted to test out some equipment and the function of the setup, and see how it goes. And really, it was about the experience and the enjoyment of painting together, and in this case actually working on a collaborative painting together(!) 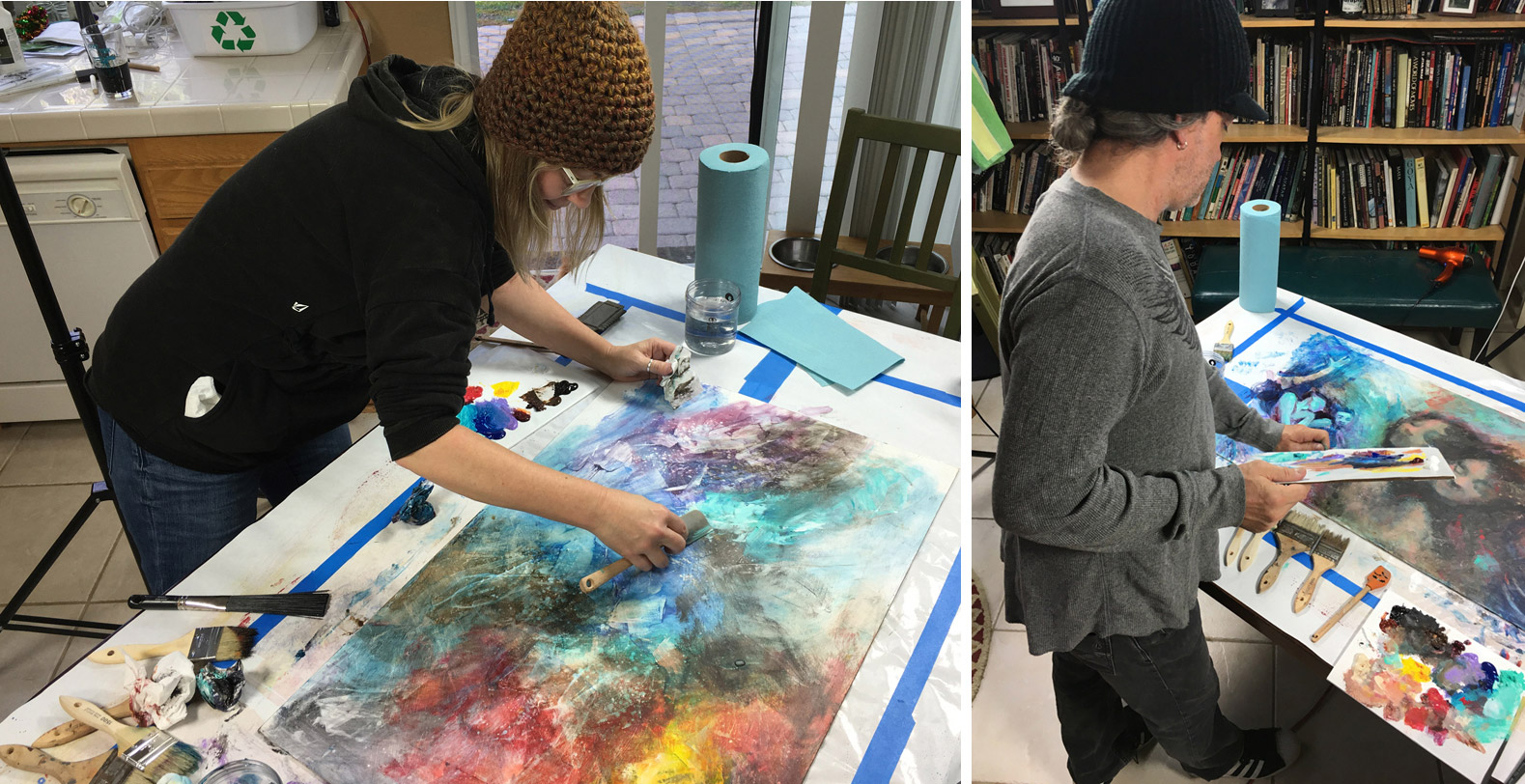 We did have fun, and we did have some oops moments too (like every time I’d bump the stand with the boom for the camera. grrr!) Overall, it was a good time and we learned some new things from the experience as well. Our idea for the subject or theme of the painting was simple – we wanted to paint something upbeat and colorful, depicting people having a good time in a group environment – and all of this sort emerges from chaos. We didn’t have too much of a plan other than that. We didn’t necessarily want to focus too much on trying to get a finish done. We gave ourselves a pretty small window of time, and just wanted to enjoy the experience. Doing a collaborative painting is something that isn’t unfamiliar, but it is relatively rare for the two of us, and we’d like to do more of it in the next year and years to follow. We’ve done a couple in the past, and thought that this would be a perfect time to do it – while ushering in the New Year! (The fur-kids helped out too).

We set up an area in our kitchen using our dining table, and the counter space for extra stuff. We used several extra studio lights at all angles to try to minimize cast shadows on the painting, and had a boom for the camera overhead. There was enough space around the table to work from all angles (but yes, I did bump the boom stand a few times..). We worked in acrylic, which isn’t either one of our most frequently used media, especially on a 20×32” painting, but we wanted to allow for drying time within the limited time we knew we’d be working. The dining table was covered in freezer paper (palette paper), and by the way, a dining table-sized palette is a pretty nice thing. Also, this painting is laying flat on the table, and we both usually work with a painting at an easel, upright. Laying flat to do splatters is great, but I do prefer to paint at an easel.

I started the painting off by covering the white of the surface (illustration board with a couple coats of gloss medium/varnish) using various colors in varying consistencies, making abstract marks and texture to build the next layers onto. The painting evolved from abstract shapes of color into figures dancing in colored light. As far as completion goes, this would take a few more passes to resolve forms, color, details, and overall focus – it is definitely a WIP at the video’s end. 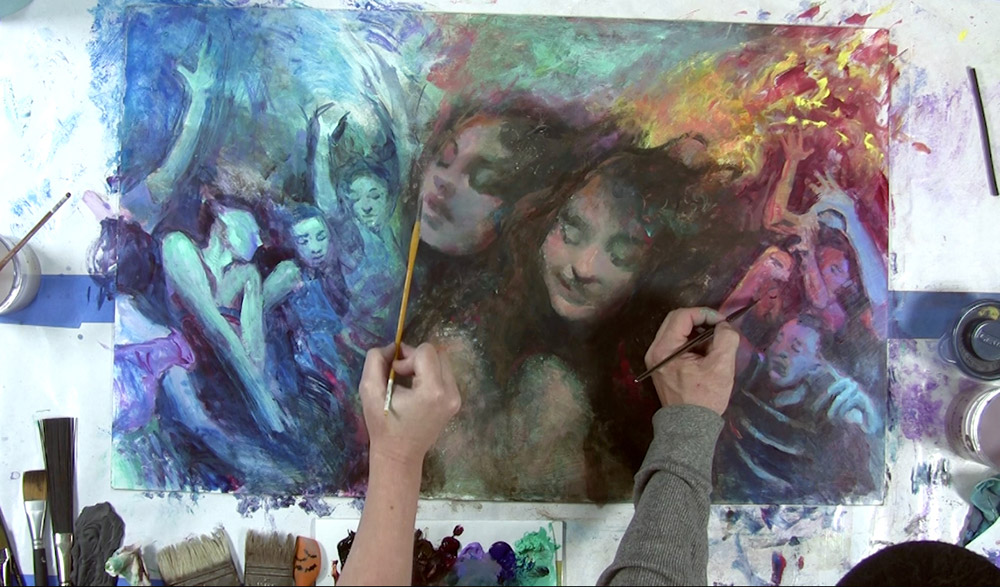 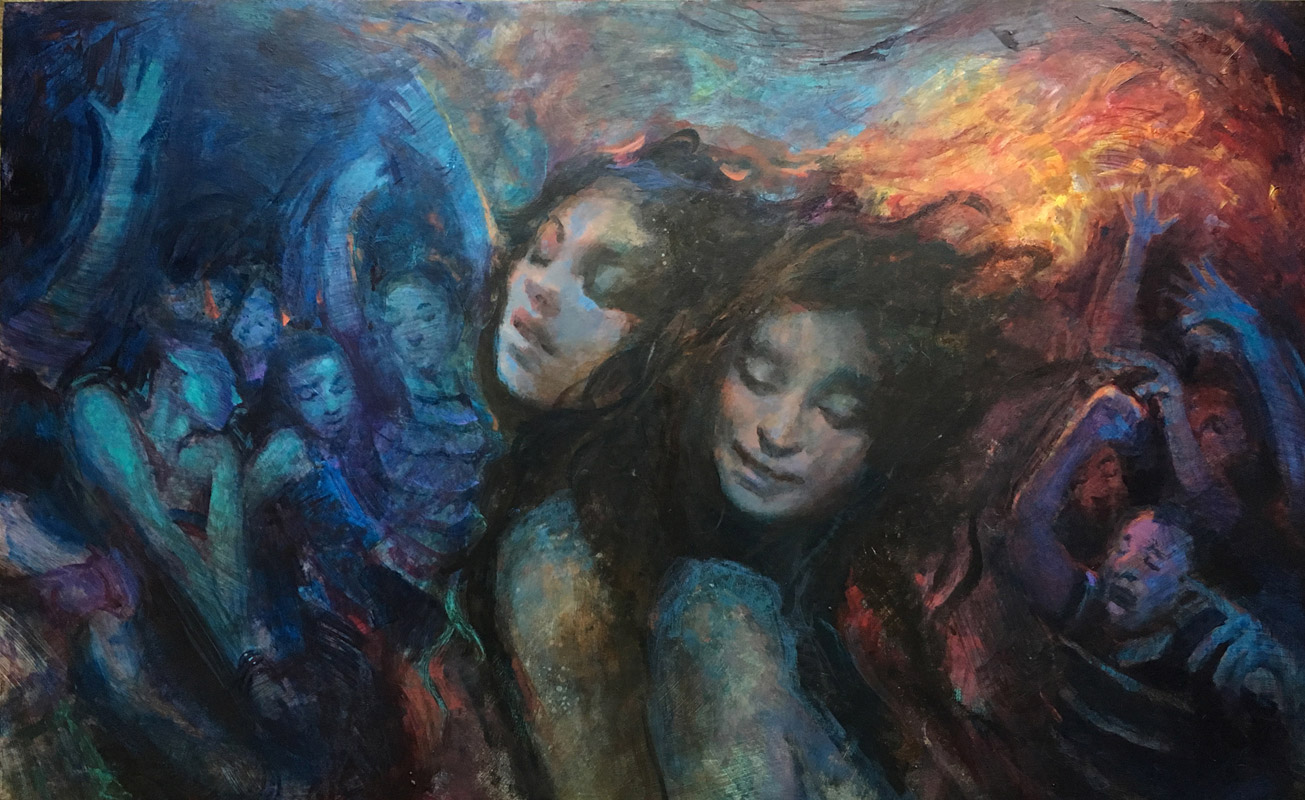 The year 2016, for us, has had its highs and lows and craziness, as all the years before it have in some way or another, and we anticipate that the years to come will be similar in that way. This NYE, we wanted to focus on the celebration of beginnings and endings as we ring in 2017. Happy New Year, everybody! We hope you enjoy the video (below) – cheers to a New Year filled with things you enjoy! 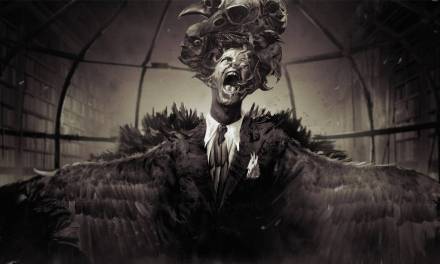 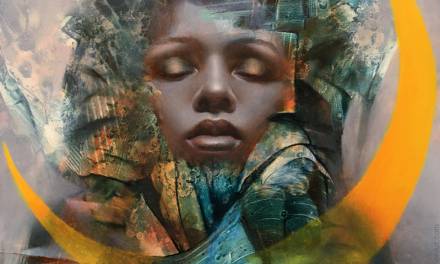 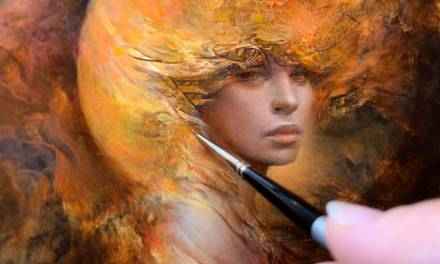 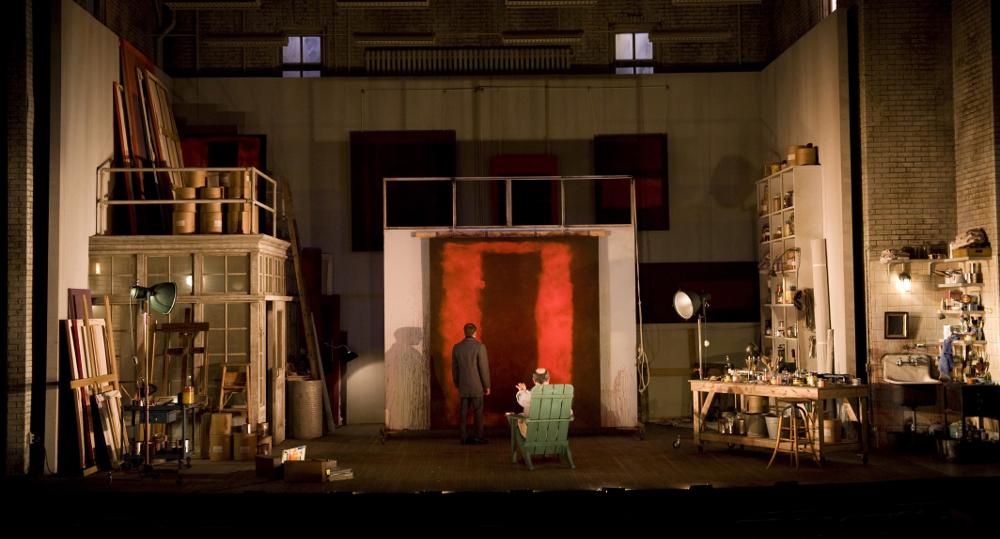