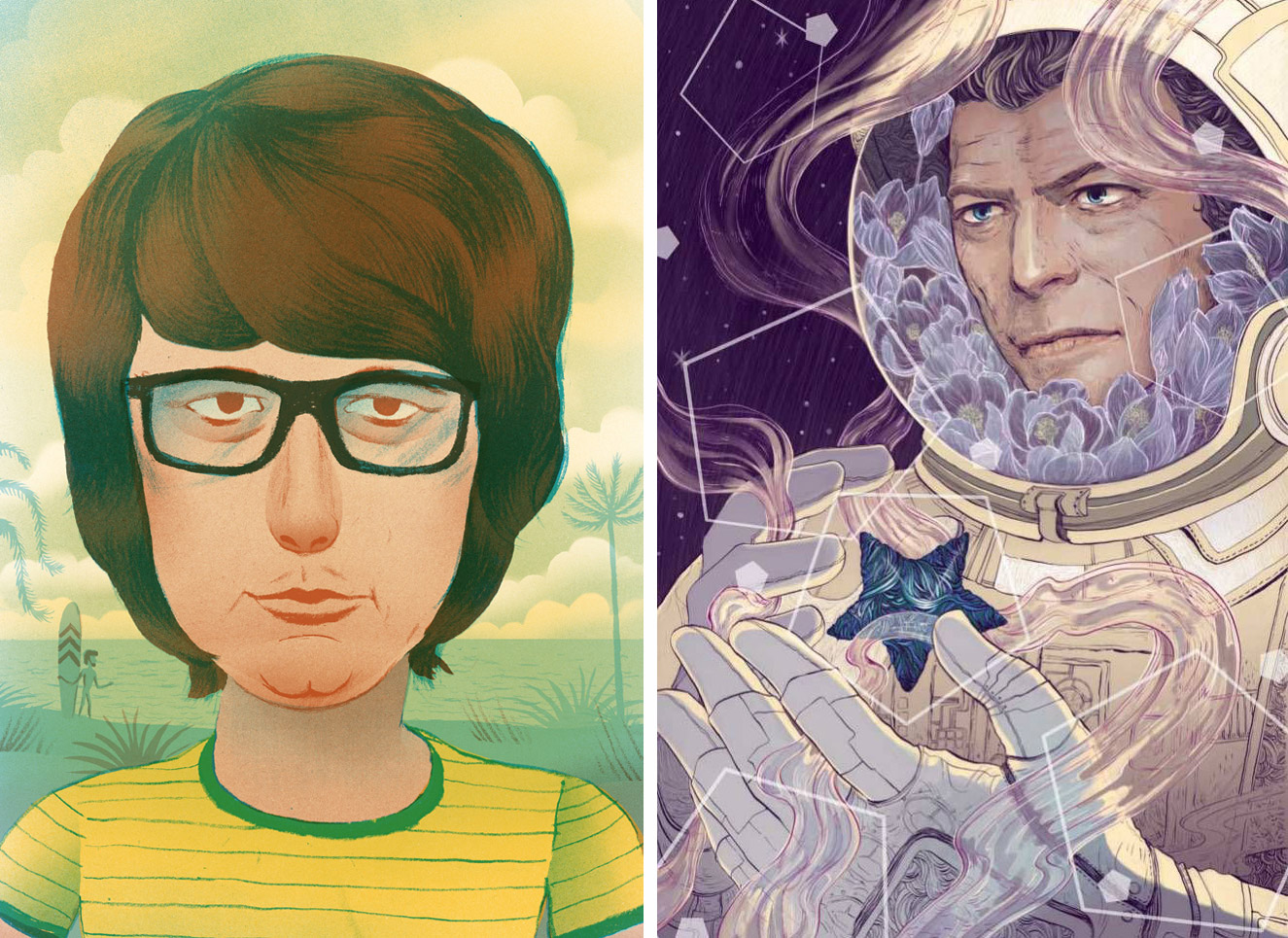 I’ve been working on a project that has had me doing a ton of reading lately into artists and the psychology of why artists make art, and what sometimes (often) stops them from making art. And I’d very much like to hear what you guys think about the issue, because most of the readers of this blog are artists and creatives, and thus have experience with the mental health of said artists and creatives.

First let’s define terms. When I say artists I don’t mean just visual artists. In Otto Rank’s Art and Artist (his 1932 work about the personality development of artists) an artist was defined as a “productive personality” — by which Rank meant someone who produces something. I think it’s too easy to get “productive” confused with “productivity” (aka efficiency) so I think a more accurate term for us today would be “creative”. I know that’s a fancy buzzword these days, but I think it captures the idea that we’re talking about artists and writers and musicians and all kinds of people who make creative stuff.

I’m trying to distill a very big book dense with a lot of ideas (originally written in German) down into simple terms here, so forgive me for oversimplifying if you know his work but Rank says artists make art because of two reasons:

1) The universal human fear of death makes people crave immortality, and the productive personality deals with this fear through making works that will outlast them. (As opposed to other personality types who freeze up in the face of this fear and get stuck, or ignore or avoid dealing with this fear entirely.)

2)  Productive personality types are more sensitive and take in more stimuli than non-productive personalities do. This extra stimuli/sensory information will overload them unless they do something with it, so they offload the excess energy by putting it into their creations. This second theory aligns nicely with the Highly Sensitive Person theory by Elaine Aron, which I’m currently rereading. (Thanks to Chris Oatley for reminding me of that parallel when we talked recently.)

Now, while reason #1 (fear of death) certainly holds true on some level, I have to admit most artists I know don’t start making art for immortality (or fame). Yes, I know these kinds of motivations can easily be subconscious. However, most artists I know have been making art since before they were old enough to really understand death enough to fear it — that seems kind of a post-pubescent problem at the earliest, unless you’ve had some kind of trauma in your younger childhood. And while many artists certainly do get praised for their art young, and are encouraged to continue due to that praise, that doesn’t seem to be motivation enough to choose a creative path for life.

In fact, most artists I know really didn’t choose creating. Whether they do it as full time work or on the side, creating is something they were compelled to do. Something they have to continue to do.

So that brings us to reason #2 (creating as a compulsion). It seems to me that many many artists do use creating as self-medication. Very often as a self-directed therapy. I know I do. Sure I want to create a lot of the time, but sometimes it’s a lot of work, or I just don’t feel like it, and I still have to do it, for my sanity (or semblance thereof). I’m a wreck if I haven’t made a thing in too long. However, if you dig into this reason, I think you come to a big chicken-and-egg question: Are people born more sensitive and then become artists to deal with the input overload? Or does being an artist force people to become sensitive, taking in more and more sensory info, until they are forced to keep creating or overload like a tap stuck open?

I’d really love to hear your reactions, input, and opinions to all that. I apologize if it’s not perfectly formed, these thoughts are very much still a work-in-progress, as well as mid-research.

This might seem like a purely theoretical mind exercise, but I think it has definite real-world implications. Recently I read Brian Wilson’s memoir, and I was struck by how profoundly his mental illness crippled his ability to make art. You may or may not be familiar with Wilson’s music, or you may suddenly be asking yourself “she doesn’t mean the surfing music guy, right?” but in short, this is a musician of such skill (I won’t say talent on this blog or Greg Manchess will kill me) that John Lennon called Pet Sounds the best album ever made. He had a nervous breakdown in the mid 60s (from some combination of overwork, a bad acid trip, depression, and maybe schizophrenia), and he wasn’t able to tour or create music for decades. He fell into an abusive doctor-patient relationship with a predatory therapist for years. Through work, family, and friends, he was able to pull out and create music again many years later, but as an obviously damaged artist and individual. Reading the memoir, I couldn’t help say to myself over and over, what creations of such a genius were lost to us because he didn’t find a way to someone who understood the mental health of artists and could support him properly enough?


Then I read Season of the Witch: How the Occult Saved Rock and Roll (thanks for the recommendation Mallory O’Meara) and read the chapter on David Bowie. The book is a great look at the origins of rock music and how much religion, ritual, and art have affected it throughout it’s evolution. The Bowie chapter is a great description of a man who pushed himself so hard and so far artistically, who absorbed so many influences (and cocaine) and struggled to digest and synthesize them into persona after persona, rebirth and redefinition, that he had a nervous breakdown. But Bowie was able to put himself back together and return to making art from a stronger place that supported him for the rest of a very long and insanely fruitful artistic career. It reminded me a great deal of reading that shamans and medicine men of many tribes around the world were chosen for the job because they had a mental crisis or disintegration (what we would call a breakdown today), and were able to reform their personality, often with the help of the current shaman. This also mirrors the descent into and return from the underworld in Joseph Campbell’s Hero’s Journey. If there is a musician that fits the bill of a shamanic hero artist, it’s Bowie. So what was it that made Bowie able to survive his mental demons while Wilson drowned?

I feel like the answer is somewhere in the above questions about why artists make art. I’m not cocky enough to think that’s an answer anyone is going to be able to figure out once and for all, but I think it would be critically useful to artists working today if we had a more recent working hypothesis. Could we figure out what the difference was between Wilson and Bowie? If we could distill that down into actionable steps we could save more masterworks from the jaws of mental illness, and more artists from being stuck and frustrated and in despair.

If you have a book recommendation along these lines, I’d love to hear it. If you have thoughts and/or stories about how these questions apply to you and your creative life, then please comment below. 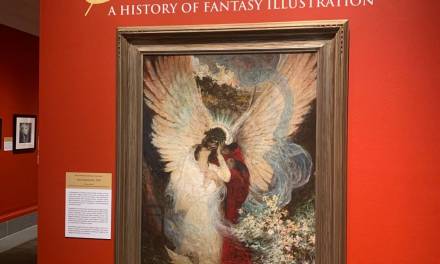 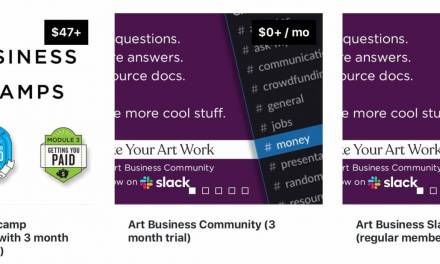 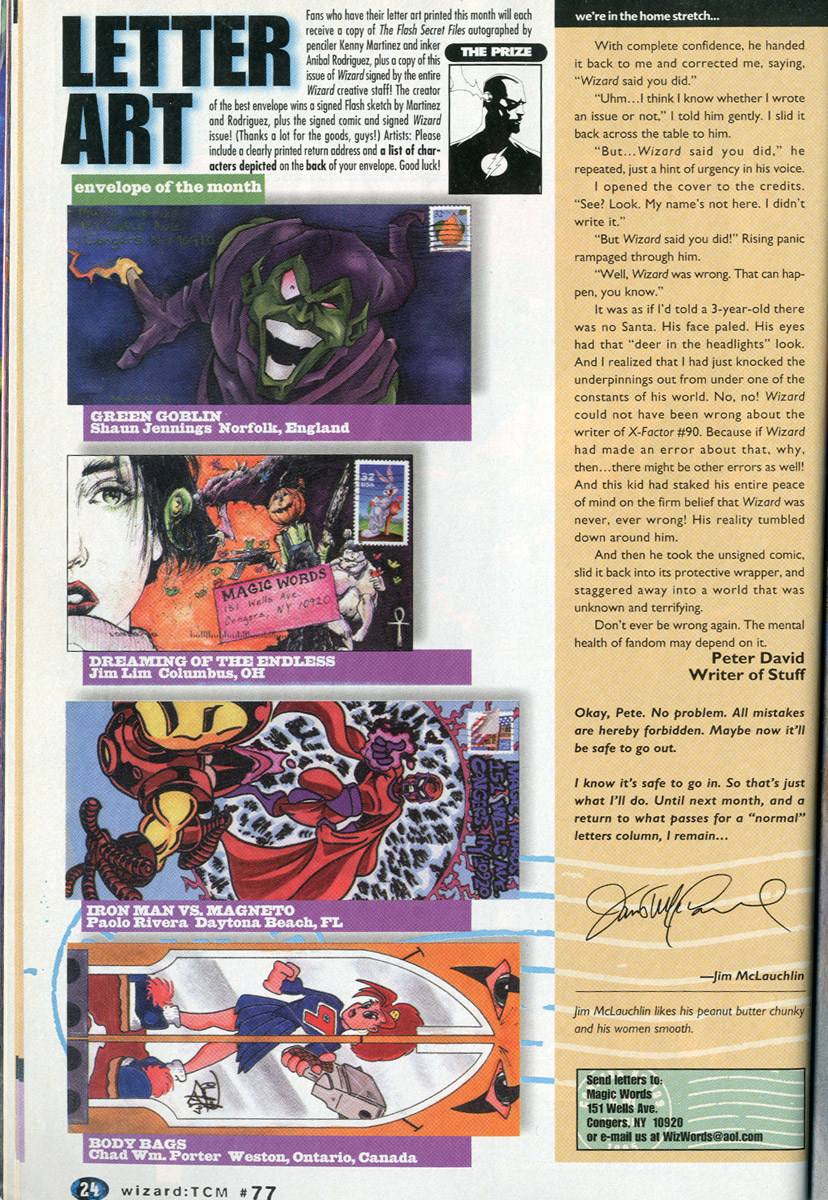