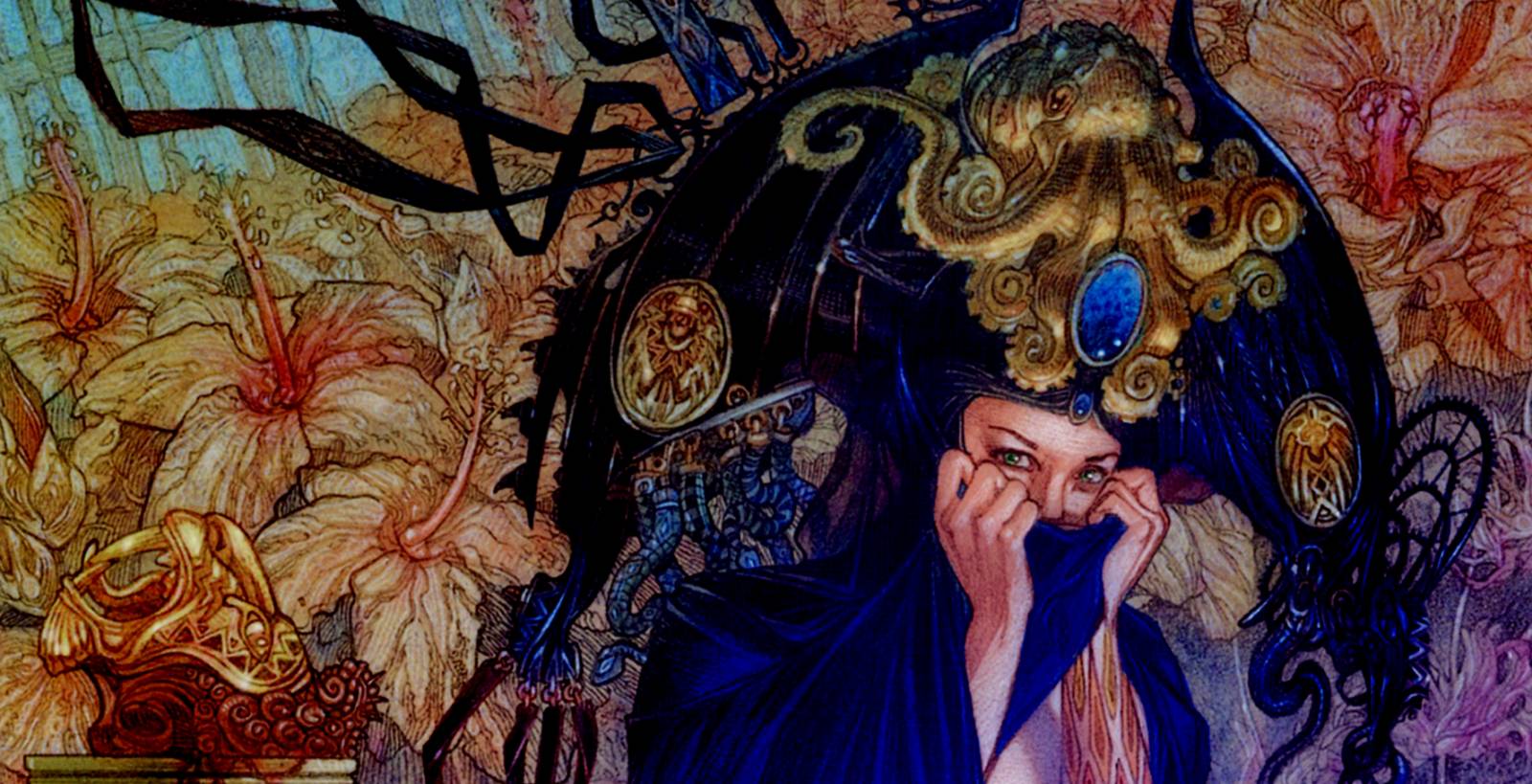 Everybody loves books, right? I know I do, as Cathy’s and my groaning shelves will attest. Yeah, sure, it’s easy to browse online with our iphones and tablets these days and with “The Google” as an invaluable aid to faltering memory, ink-on-paper seems so old-fashioned. However, even though it might be a generational thing, I still find that I feel more connectivity and get a lot more out of reading—or looking at art—in a book than I do from a screen. With that in mind I thought I’d briefly mention a few recent acquisitions that impressed me. 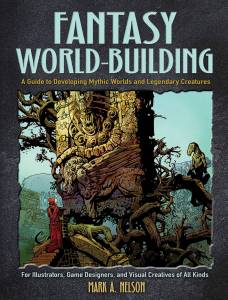 Mark A. Nelson’s valuable Fantasy World-Building: A Guide to Developing Mythic Worlds and Legendary Creatures isn’t a how-to-draw step-by-step tutorial, but rather is a primer in imaginative logic. Writers are routinely asked “where do you get your ideas?” (I think is was Stephen King who once answered, “Schenectady!”) as if there’s some sort of easy path beyond research, thinking, and hard work—and it’s exactly the same for artists, whether they’re working on games or for films or in comics, though Mark is able to provide some stunning visuals to help readers understand the creative process. In sixteen breezy-yet-surprisingly-concise chapters he covers everything from visual problem solving to spirituality to warfare to transportation, not with the idea of giving the reader lessons to copy by rote but rather as prompts to develop their own original concepts. And with clients ranging from Marvel, Wizards of the Coast, Dark Horse, and Sega Games among a long list of others—as well as being a highly regarded animation instructor and educator, I should add—Mark knows a thing or three about designing compelling and believable fantasy characters and environments. If I were suggesting three books every budding artist should have at their finger tips they would be Figure Drawing for All It’s Worth by Andrew Loomis, Imaginative Realism: How to Paint What Doesn’t Exist by James Gurney, and, most definitely, Mark’s Fantasy World-Building. 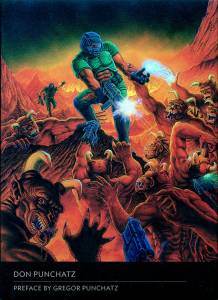 If you want to talk about giants of the illustration world of the last half of the 20th Century, they don’t come much bigger than Don Ivan Punchatz [1936-2009]. Name a major publisher and he worked for them; name a famous author and he illustrated their work; name a Fortune 500 corporation and he painted advertising for them. Covers for Time and Newsweek; art for Playboy, National Geographic, and Boy’s Life; movie posters, album jackets, book covers, game packaging, and illustrations for works by Stephen King, Harlan Ellison, Norman Mailer—he did it all and then some. And in the process he helped change the way publishing worked. How? Well, in the pre-digital/internet/FTP/FedEx age, if a freelancer wanted to work in publishing or advertising in the U.S. they pretty much had to live in (or near) New York, where all of the major companies and agencies were headquartered. (I imagine it was much the same overseas: artists had to live near and deliver their work to clients in London, Paris, Berlin, or Tokyo.) A New Jersey native, Don had attended the Cartoonists & Illustrators School (later the School of Visual Arts) on a full scholarship, courtesy of Burne Hogarth. After his military service in the 1950s he returned  to the East Coast and worked in NYC for a number of years to establish his career, but his wife Sandra missed her family in Texas and he decided to hire a rep, throw caution to the wind, and move to Arlington. At first shipping his art Special Delivery through the Post Office or via airlines to New York (where his agent would pick it up and deliver it to clients), D0n quickly proved that living a thousand miles away wasn’t a problem to hitting deadlines and many other creatives followed his lead. He became known as “The Godfather of Dallas Illustration,” formed the Sketchpad Studio in which he trained a legion of young artists, and taught courses at Texas Christian University up until shortly before his death. Times and styles have changed, but Punchatz’s influence continues to be felt. Centipede Press has published Don Punchatz, an absolutely beautiful 5 1/2″ x 7 1/2″ hardcover collection of Don’s paintings in a tiny edition of 300 copies that is a must-have for any serious fan or student of American illustration. Get it while you can! 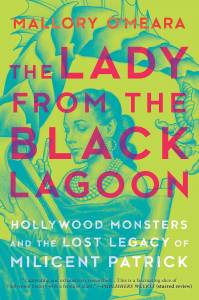 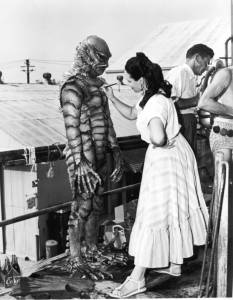 I grew up watching b&w monster movies on the local Saturday night creature feature: Frankenstein, the Wolfman, Dracula, Them!, and any number of others thrilled me and scared me and captured my imagination. A favorite was The Creature from the Black Lagoon and all its sequels; I liked him so much I even built an Aurora model kit of the monster and, since the movie wasn’t in color, used the James Bama box art as a guide when I painted it. As a reader of Famous Monsters of Filmland and other horror magazines I had always been led to believe that make-up effects artist Bud Westmore was responsible for the Creature design, but that turns out to be a big “nope!” With The Lady from the Black Lagoon Mallory O’Meara finally sets the record straight and gives credit where the credit is due: Milicent Patrick was the artist who helped bring the iconic monster to life. And that was far from her only accomplishment: Milicent was the first woman animator for the Disney Studio before transitioning into a career as an effects artist. She worked on Against All Flags, Sign of the Pagan, It Came From Outer Space, and This Island Earth among others. A former model and actress, Millicent headlined a successful promotional tour titled “The Beauty who Created the Beast” for the first Creature film only to be fired from the studio by Westmore when it was over because he objected to her receiving credit for the work. O’Meara tells Patrick’s story in a casually personal style, reflecting on her own often funny/often infuriating contemporary experiences in Hollywood that mirrored Millicent’s over a half-century earlier. As a result Mallory was heavily trolled months before the book was even published as an attempt to damage its sales—which really only succeeded in 1] helping it sell like gangbusters and 2] emphasizing her points regarding the patriarchal outlooks that had and continue to have a negative impact on professional women. This is both a thoughtful and an entertaining book about an important-yet-largely-forgotten artist and well worth your time. 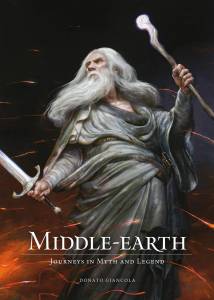 I know Donato recently did a post about his new book, but I thought I’d take a second to reinforce just how damn good it is. Way back in 2010 Cathy and I worked with him on a collection devoted to his drawings and paintings inspired by the works of J.R.R. Tolkien under the same title: this Middle-Earth from Dark Horse isn’t a reprint but rather is a whole reimagining.  It’s bigger (at over 10″ x 14″), fatter (weighing in at 200 pages), and includes even more stunning artwork. Over the years many excellent artists have illustrated The Lord of the Rings—and The Hobbit and The Simarillion—including Tolkien himself, but Donato brings his wholly unique skills as a storyteller to the canon with his lush paintings and evocative drawings that ultimately prove unforgettable. And I’m sure he’s not finished yet: there are still plenty of scenes he hasn’t tackled yet and I’m sure he will in the years ahead. Which means that a third collection at some future date is almost inevitable and it’s a sure bet that I’ll buy that one, too, when it happens. 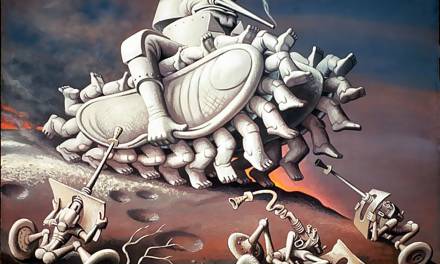 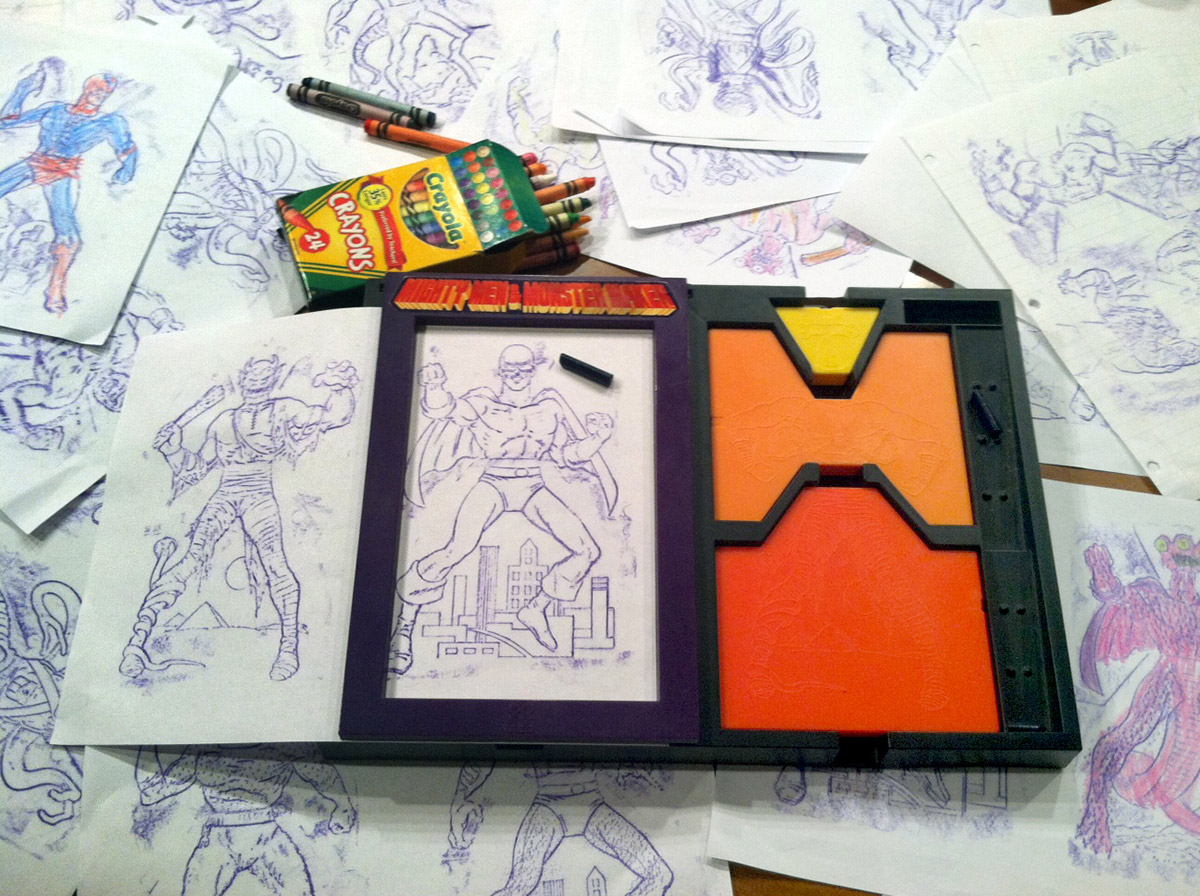 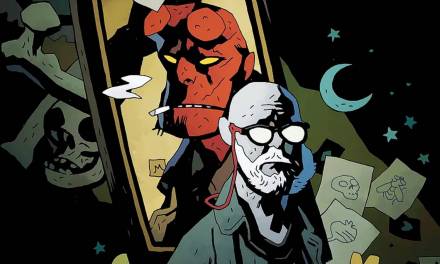