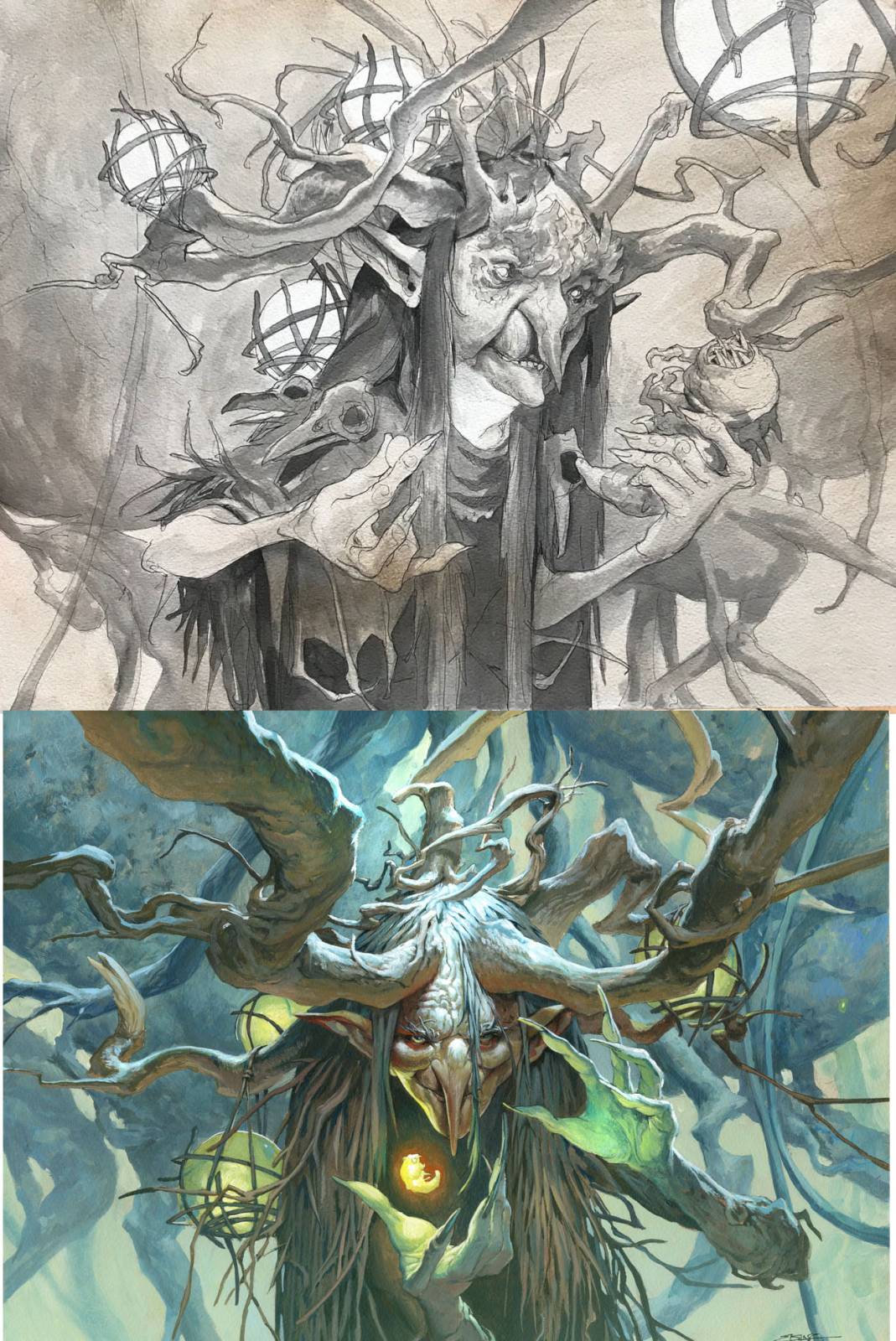 Sometimes I get the question: If you could go back to your 18 year old self and say something, what would it be? Depending on how much time I had I would start by saying: Take it easy, enjoy the process”, but if I had more than a split second before the vortex pulls me back to my own time, I would try and pad myself up with some more advice for a long life of painting. Here goes:

When I started painting book covers I was very untrained and unskilled. I never felt I had the necessary skill or foundation to try something difficult or spectacular. I shied away from complicated motifs and went for single figures with a minimal background. The limitation became a strength. In the simplicity I found I could explore colors easier and try for better expressions. The fever elements I had in a cover the more I could double down on what I had and make sure it was done well. Over the years I have stuck with that go to modus and kept my images and figures as simple as possible. In a Magic card it becomes really important to be able to see what’s going on in a very small size. But I found that even if I ham doing bigger scenes with multiple figures, keeping it simple helps with the readability and the clarity 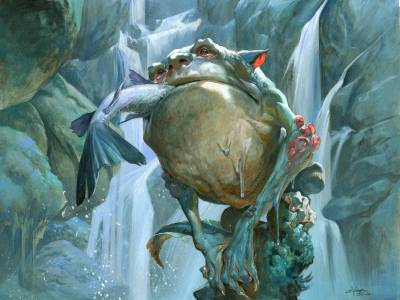 In every picture there is a story. no matter the story you got to tell it right, and in the most clear way you can. This is the core of being an illustrator. Often an assignment comes with a story, but if it don’t, you better make one up. The narrative in an illustration is what connects the audience to the image and drags them into the picture. The story line is what captures you and make you wanna explore what’s going on. There was an image by Larry Elmore that stuck with me always. The scene is a fighter that has been smashed by a giant and is now being resurrected by a female cleric. in the distance we see the giant walking away. The image had such a cool narrative that implied so much from the moments both before and after the “Fantasy-Photo” was taken. The made up story is where the ideas for expressions design and character comes from. So if there is no story its just a dude or a dudess with lots of details. Instead of ton of details. imagine a guy with only a pair of worn down pants and bare feet. He is missing the hand on his left arm, but in a string around his neck, resting on his bare chest hangs a dried up cracked and bluish hand. that simple single detail makes a whole lot of a better story than a lots of crazy design would have. 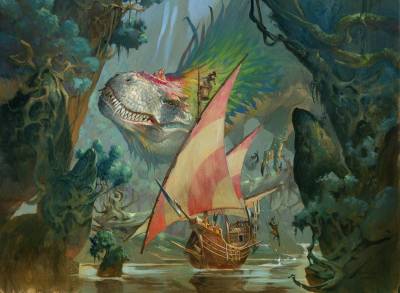 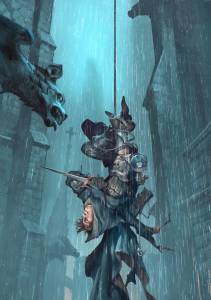 “Jesper; if you plan on sitting in that chair for the rest of your life painting you better balance it with some exercise” Ohh I wish I could have made that one thing seem more important than it did when I was 20. or 30.  There is just no way that a body can stand the hours of sitting that I have forced it to, without taking damage. Last year i was diagnosed with arthritis in the lower spine. and it makes it so I cannot paint the hours that i am used to. And it means I have to exercise every day, a lot just to keep it from NOT hurting. looking back I wish I had done something 10 or 20 years ago. When you are young you feel invincible and never imagine that sitting on your as can hurt. treating your body right and balancing the sitting with some training or running or walking will make this career possible for longer. The hours you add in healthy living early is like putting time in the bank for painting later.

4- Throw away and start all over

Never continue down a wrong path. In illustration there is a multitudes of ways to tell a story. There is endless paths to take and ways to show something right. And how do you know if you are gong down the right one? I have absolutely no idea. I always go by gut feeling and steers by the way of “do I like it? or “I hate it”. But sometimes a magnet gets thrown into that compass and I will go along with a sketch that is not good or a direction that is wrong. My instincts is fooled and I go along thinking I can fix it along he way. But when it comes to the actual painting process its per definition the point of no return. And this is where I ask myself the questions if i am sure I wanna spend 2 days painting on a drawing that I don t like? This is the question: “Could it have been better? more clear? More simple? better expression? a different mood? And if any of these doubts are answered with a yes, I say: Give the alternative a try. it comes back to my first advice I would have given myself if I had only seconds of time travelling available: “Enjoy the process” being 100% clear that you are going with the right sketch and right composition makes the painting process a joy and in the end the painting a better painting. And the process of painting it a good experience. Sure; it might take a day or 2 more but I´d say, every time I have scratch a work in progress and have started over, it has ALWAYS been worth it. 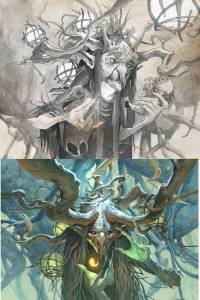 Willowdusk, Essence Seer. and the first version that I almost started painting.

When its all over and done. You made a painting, or at least, covered all the white areas with paint. Take a minute, take five. just sit there, with the picture in front of you and ask yourself, what happened? did you succeed in what you set out to do? could anything have been different+ and what and why. I find that these moments of self-reflection over a painting is perhaps the most important part. Every thought you have in this short period or evaluation of a finished painting goes with you into the next one. Every lesson learned makes you improve and makes it easier for you to choose better between paths in the next process. By taking a conscious moment to learn from yourself you will grow as an artist in every single drawing in every painting made. And best part is: no mistake is a failure. Its just another thing you noticed that can learn from. 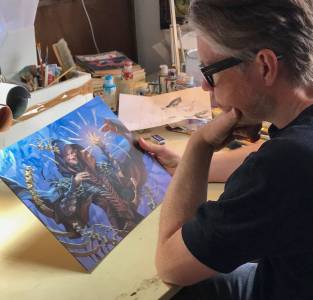 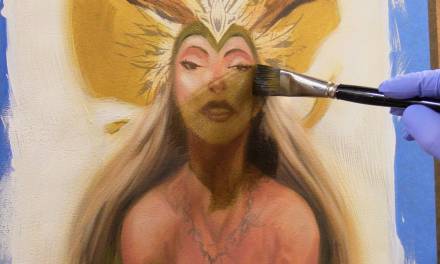 Art Tip of the Month #12: Glazing with Oils 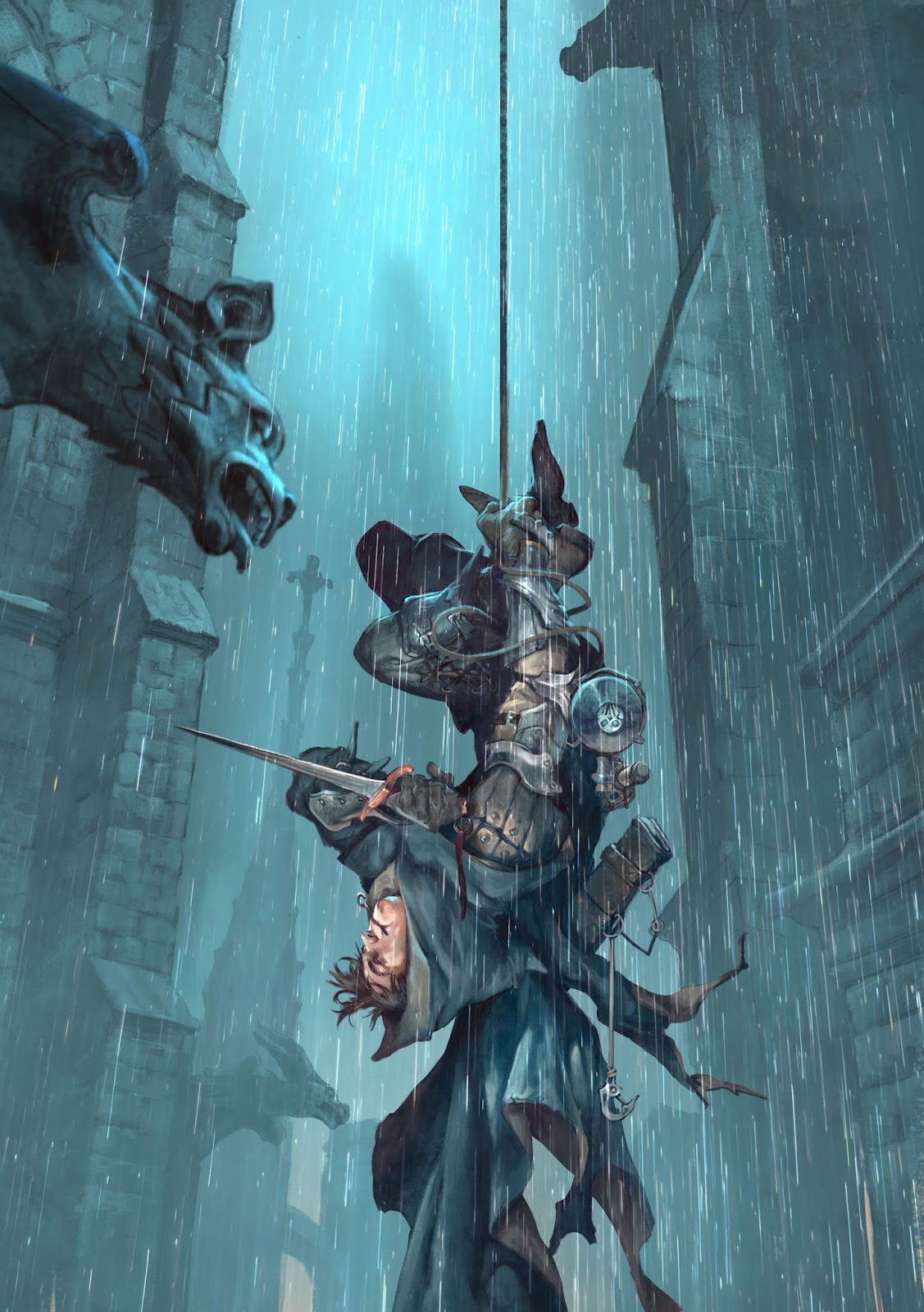