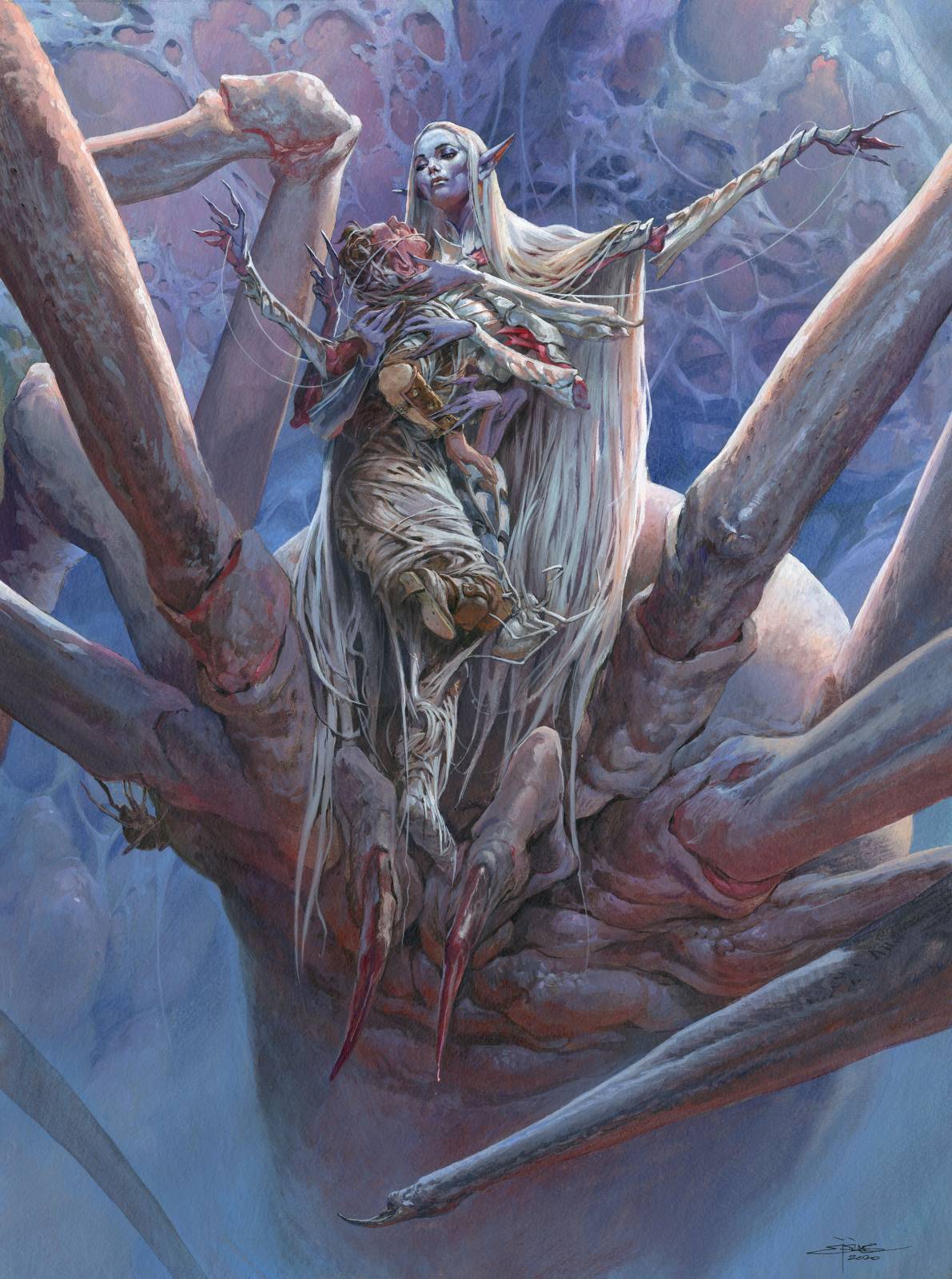 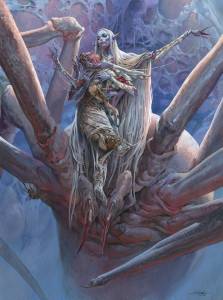 Lolth, Spider Queen. was my first Planewalker painting for Magic the Gathering. When I got the assignment I yelled out “yes” and made a small victory pose. I knew exactly what I was supposed to paint just from reading  the name of the card, because I painted the same nasty evil Drow-mistress ten years ago for Dungeons and Dragons Monster Manual. Getting a second chance at this character was going to be great.

I took a lot of photos during the painting process: So I am able to share a bit of details from how it was painted and you can see the steps I go through clearly in this one. It is my biggest painting to date measuring 57 x 43 cm. ( that alone caused me some unforeseen trouble )

In the art description she was holding a trapped adventure that she was about to eat, unwrapping him like a Christmas gift. This version of Lolth, designed by Tyler Jacobsen, had multiple hands on her Drow torso too beside the spider legs on her lower body.

I had this idea of her having a very dignified and gentle about to the unwrapping. Her, being an eternal creature, I imagine wouldn’t hurry about anything. Her pose should be a contrast to her face that I liked to be completely devoid of emotions. She had no feelings as to what she was about to do, sinking her teeth into this paralyzed man, seeing him only as food.

My thumb sketch had the gesture I was looking for and the head was pasted in after a bunch of different takes on it at a different piece of paper. I submitted a colorized version and crossed my fingers. My art director Zack Stella liked it, but asked me to raise the legs of the spider body so they would be visible at the cropped version. This being a planewalker card means that 1/3 of the bottom would be covered by a transparent text box.  I changed the bottom part and made a color comp.

I had my friend Claus pose in a blanket as the poor victim.

The sketch, when it was done onto the huge watercolor paper was going to be mounted on a wooded board. Soaking a paper of this size is difficult without a tub, so I built a water reservoir on the floor in the studio dinning room from rolls of towels and a black plastic bag. It was a bit of a tense moment poring 10 liters of water out onto the floor hoping my contrapment would hold.

I inked the drawing after it was dried out and greytoned it all using black acrylics.

Before I started working on the background i masked out the figure with airbrush masking film. That way i can work more freely on the background overlapping the strokes into the figure area. Its better I think than covering up my line work or bending the strokes around the figure, creating fuzzy edges. After teh background was done I right away starte don her face. I know if I can get that right the rest will fall into place. So I always wanna solve that first. From there I start working into the rest of the details shaping it all out and building up bounce light into the shadows. Last stage is a clean up stage where I go in and enhance cast shadows and edges and then brush down elements where i don t want the contrast to be too sharp. For example the bottom part of the spider body and the lower legs in the back i brushed down the edges to make it almost look like a camera out of focus. 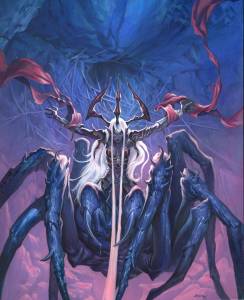 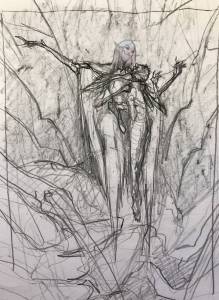 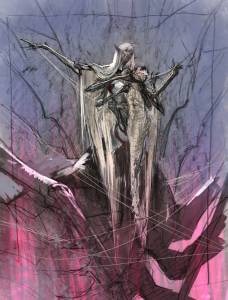 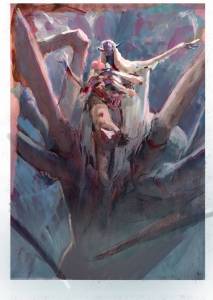 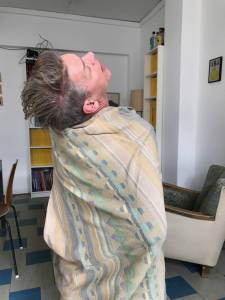 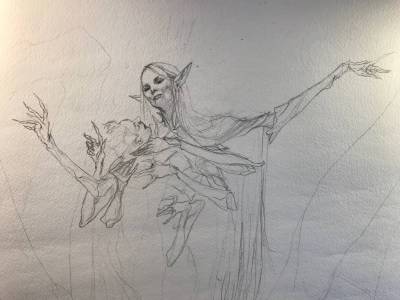 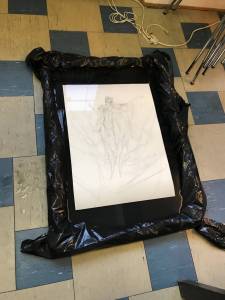 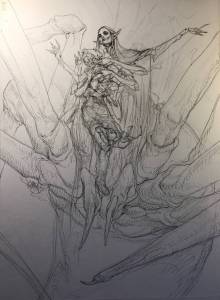 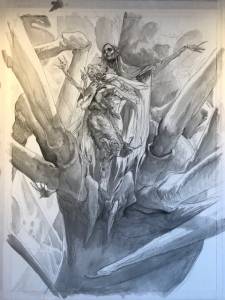 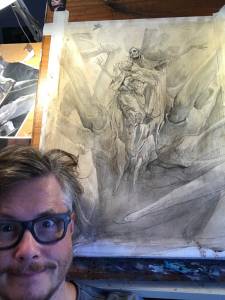 I am about to start; happy excited but nervous 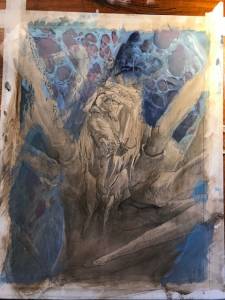 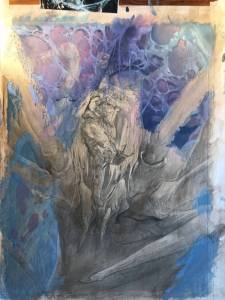 Background done, with masking film on. 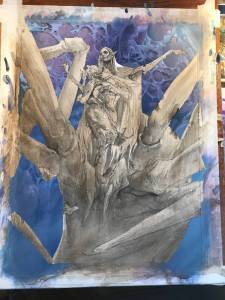 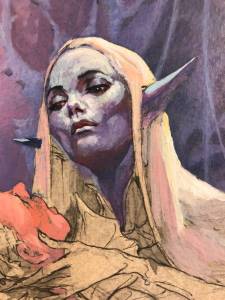 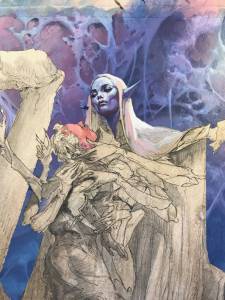 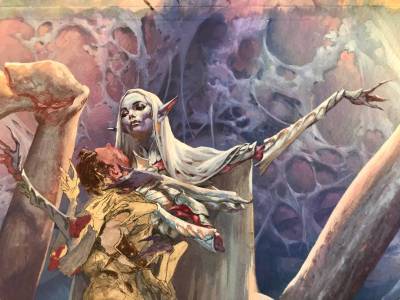 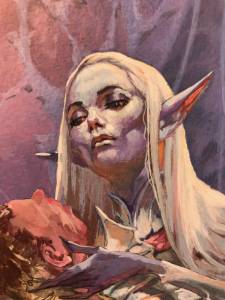 Adding the orange bounce light to her face shadows 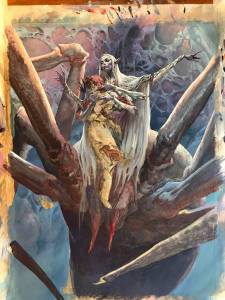 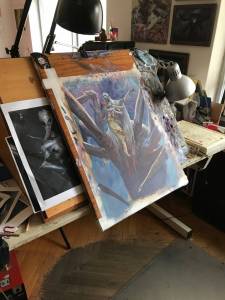 I used the holder of a desk lamp to tighten the board to my platform. i was not able to reach up to paint the top of the painting if I was sitting down. 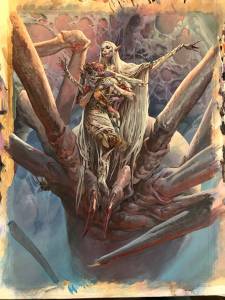 Almost done: just missing the spider on the guys knee and some details here and there. 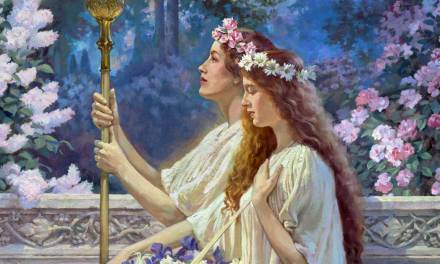 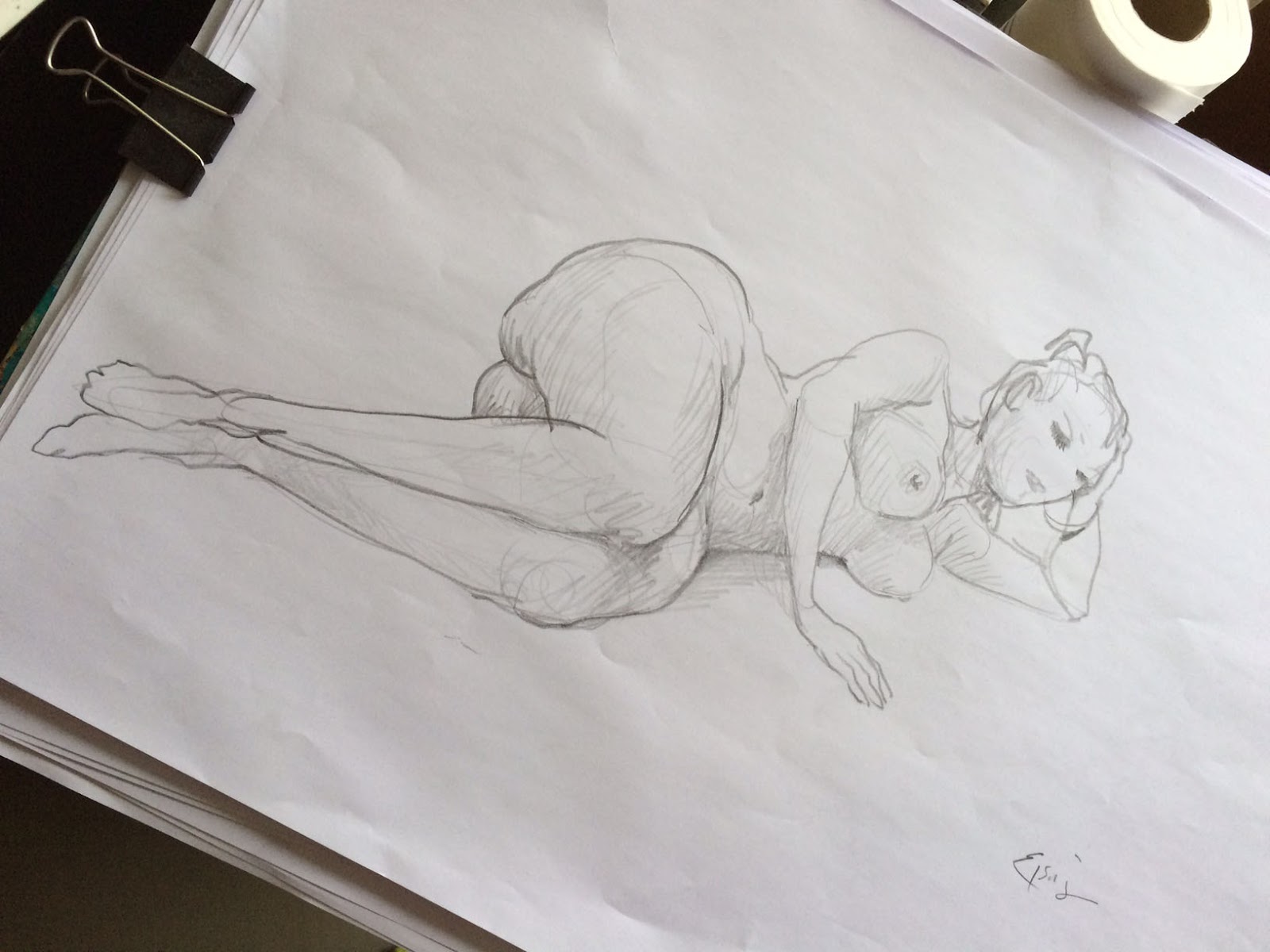 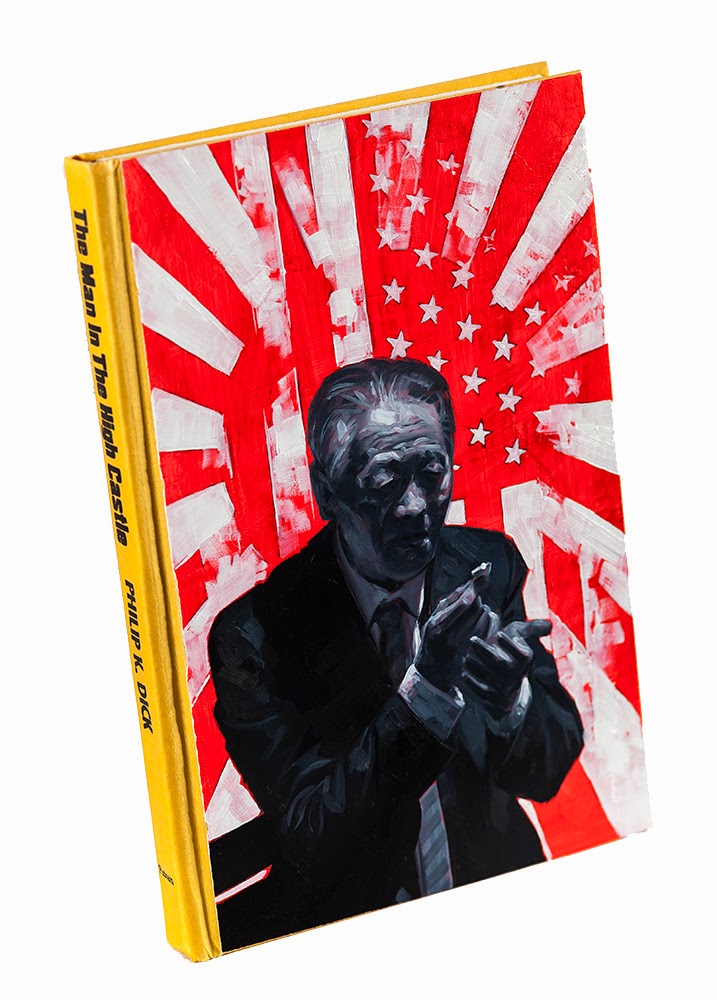