I’ve been wanting to do this for so long, but really haven’t had the nerve until now. I felt that I basically needed to learn everything and be able to do everything before I’d be qualified, but now I’m pretty sure that was just my fear talking. I’m starting an art team. And if you’re trying to become the greatest artist you can be, I want you for that team.

Let’s back up to my beginnings in art.

I didn’t start drawing or painting until I was about 19 years old, which a lot of people say to me is rather late. And, on average, it’s true: almost all of the artists I’ve met in person, talked to on the podcast, or read about in books have been drawing for their entire lives. When I was 19 and decided to “become a professional artist,” I got serious very quickly about closing the gap between myself and all the aspiring artists who had at least an 18- year head-start on me. The gap between myself and actual working pros was much, much larger, so I had my work cut out for me. I worked allll the time. 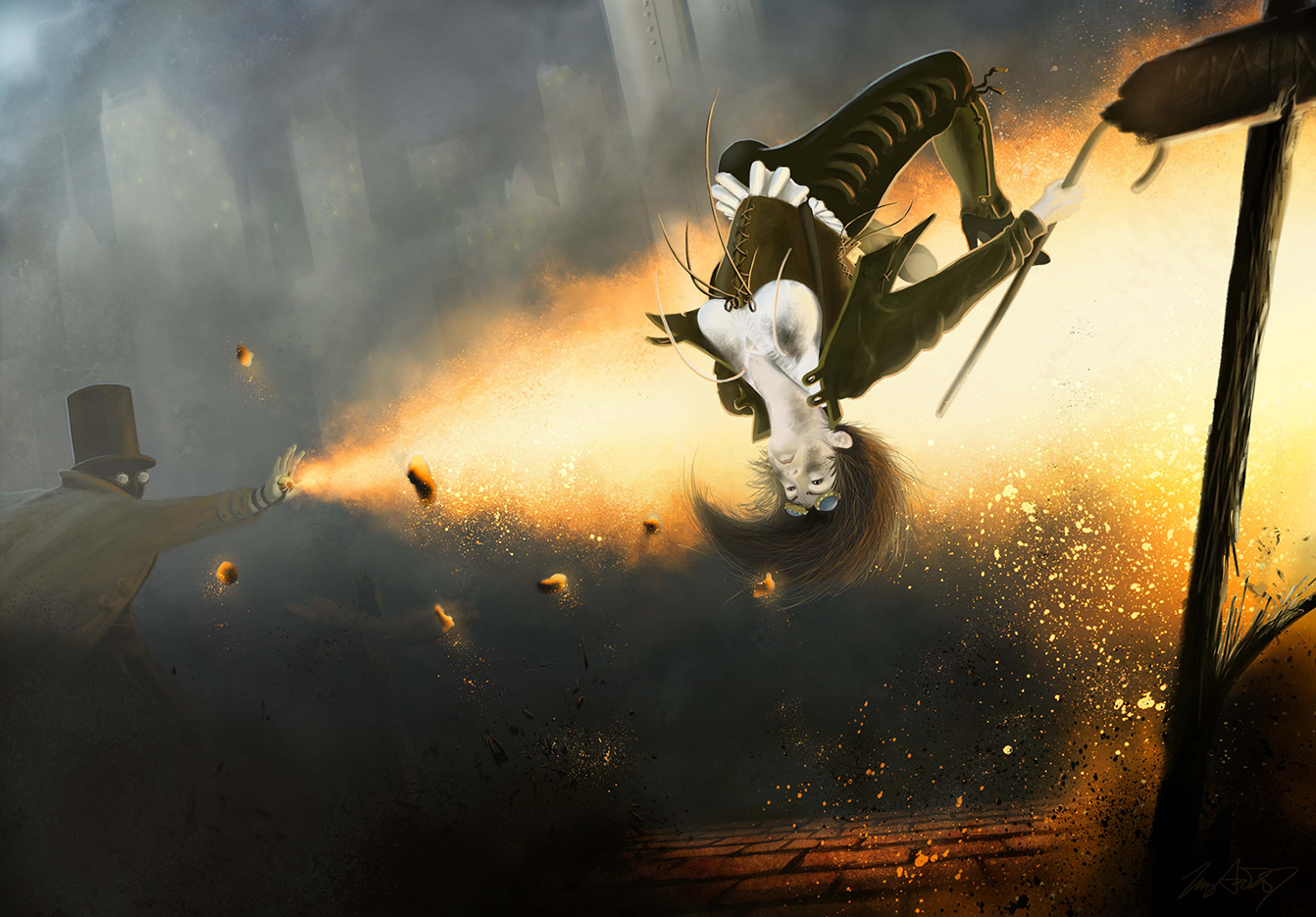 A young Tommy, trying his best with only 6 months of experience.

Honestly, despite my “seriousness” I didn’t make much progress until I met Brian Stelfreeze, an artist and storyteller who agreed to mentor me. Through Brian I learned that there were ways of trying “better,” not “harder,” and that by using these “better” ways of exerting effort I could make leaps and bounds through my artistic development, skipping over all sorts of sidestreets and dead-ends that had been waiting to ambush me along my path. I was seeing the results of my effort week by week, sometimes day by day. Brian showed me that just by thinking differently, or adopting a new concept, I could immediately improve. Immediately!

After nine months of tutelage under Brian I landed my first job in the industry, drawing backgrounds for animation. I was now getting paid to make art, but the seed of a question had already been planted in my mind: “If a better type of thought can lead to a better painting, what are the very best ways of thinking? And just how good might it be possible to get?”

This question grew, was fed, and grew in recurring cycles until it blossomed into an obsession. For ten years now I’ve been reading and watching everything I can find on art, expertise, creativity, productivity, efficiency, optimal training – and not just in our field, but in any field that has been studied, or that has a codified body of knowledge. My sketchbook pages are filled to the margins with the excited scrawlings of a man hunting for answers, and along the way those pages started to reveal a curious trend. What I was learning was that context, situation, and environment has a lot more to do with development than I’d initially thought. What I’m saying is: it’s the people in your life. It’s how they act, as a group. Nobody does this alone. If you look into the biography of any standout solo performer you will find a loving family, or a supportive teacher. It takes a team.

This was described beautifully in the book Grit: The Power of Passion and Perseverance. In the following exchange author Angela Duckworth is speaking with sociologist Dan Chambliss (who has spent the better part of a decade studying Olympic swimmers to uncover the secrets of their skill), asking him about what takes a performer in any field from “good” to “world-class:”

Did he, for example, still believe talent was largely a red herring when it came to understanding the origins of world-class excellence? Did he stand by the observation that going from your local club team to being competitive at the state and national levels and, finally, to world-class, Olympic-level expertise necessitated qualitative improvements in skill, not just “more hours” in the pool? And was mystifying excellence, at the end of the day, really the confluence of countless, perfectly executed yet entirely doable acts?

“But I left out the most important thing,” Dan said. “The real way to become a great swimmer is to join a great team.”

That logic might strike you as strange. You might assume that first a person becomes a great swimmer and then he or she joins a great team. And it’s true, of course, that great teams don’t take just anyone. There are tryouts. There are a limited number of spots. There are standards. And the more elite the team, the fiercer the desire of those already on the team to keep those standards high…

This was exactly what happened to me when I got around Brian. I was in a new group of people, who went to figure drawing and treated it like church. They went plein-air painting together on the weekends. It was normal. They sat up late at night talking about painting, looking at art books together, and comics, and whatever they were jazzed about. Maybe we were all ‘just friends,’ but for a moment there we felt like a team. We were all moving in the same direction. 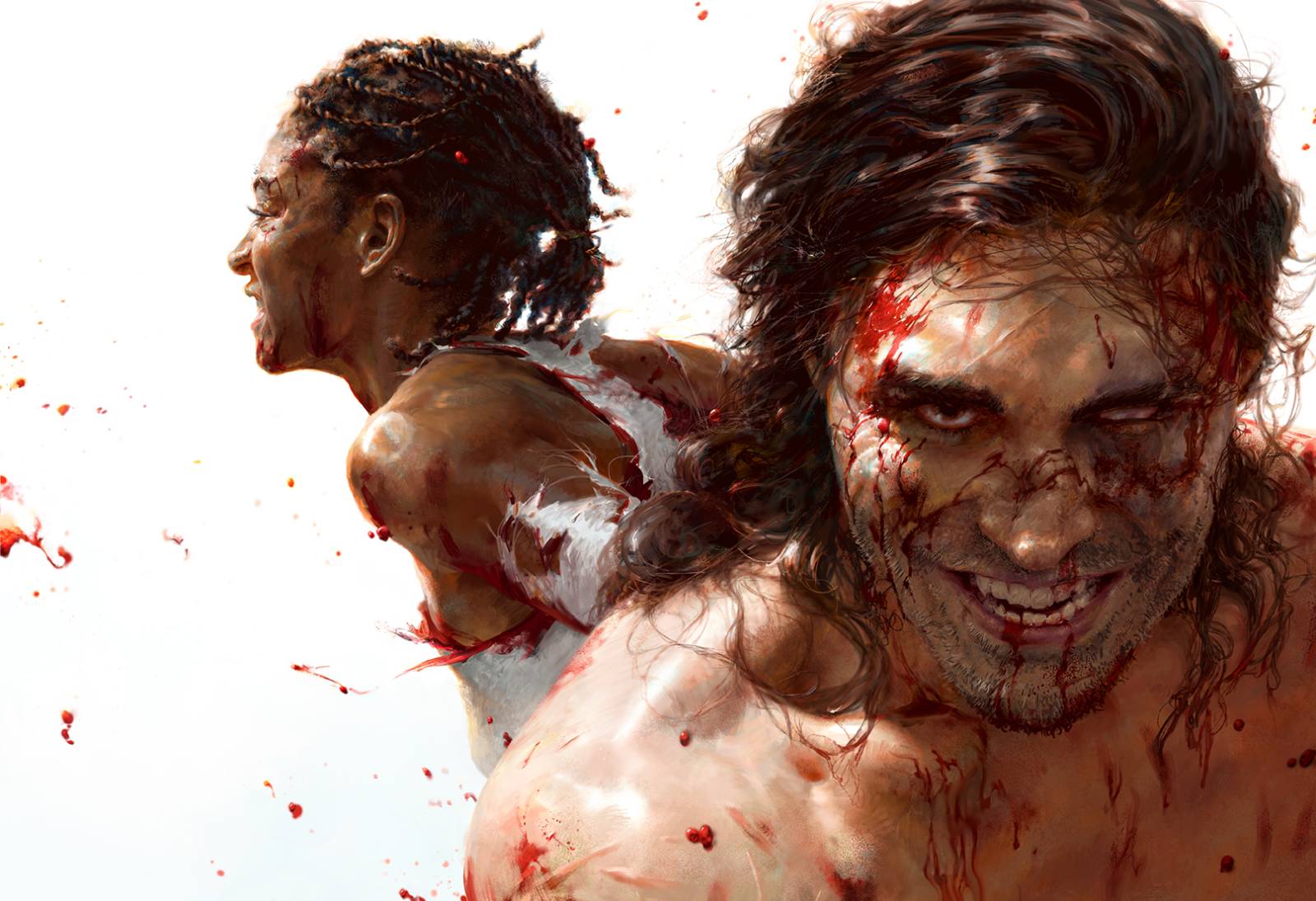 Let’s get back to The Goat Farm. In recent years I’ve been experimenting in the background with teaching through private mentorships, and separately, with online art teams. Both have yielded exciting results, but it’s time they were combined. I used to think I couldn’t offer quality teaching outside of 1-on-1 meetings, but I totally missed the motivation and support a strong team could provide – and therefore, so did my students.

So. The Goat Farm. What is it? In a field where we’re scattered across the globe, it’s an audacious attempt to create the first ever high-level, continuously-educating team of artists, all dedicated to finding out “ just how good might it be possible to get?” This may be the norm in certain companies, but for freelancers or those in jobs that no longer push them it’s not only rare, it’s non-existent. The Goat Farm is the digital equivalent of a dojo; of Top Gun; a place where you can come when you want to be around others who are seriously attempting to scale their own mountain.

See, there’s a lot of places on the internet where you can learn art these days, and they all have their pros and cons. But one thing most of them have in common is their structure: they’re built like classes. They have a target audience of “beginners” or “intermediate artists,” they’re designed to “get you there,” and they end.

If we take a look at other fields, however, we see a different model: continuous coaching. The best NBA teams, and the biggest NBA stars, have coaches. The best chess players, swimmers, dancers, and on and on – they all have coaches. It’s because we need others who can see us, and who can collaborate with us on our development. It’s a human thing; we’re social creatures. I’m interested not just in running a class by rote and dumping everyone out at the end, but in developing a deep coaching relationship with each artist on the team. I see you. Because I’ve been there! Because what happens when you finally show up at your destination, when you’re a shiny new professional artist? If your experience entering the field was anything like mine, you ended up with a whole lot of new questions and issues…

Enter The Goat Farm. It will be a continuous presence, a place you can dip into and out of as-needed. We will have weekly video meetings (recorded and available to everyone on the team), and we will all hang out on a shared private Discord. I’ll be there, providing whatever insight and assistance I can in a coaching capacity, and giving custom homework to those who want it. There will be lectures and demos, but everything will be custom, week by week. I think this method of approach was best summed up by Bruce Lee: 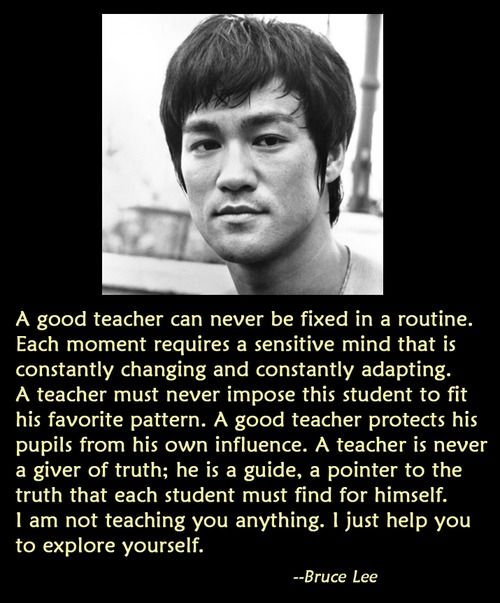 I’ll be bringing a wide array of techniques and information to bear on creative coaching, but here are a few of the things that I think will make the team really different:

At the end of this article are testimonials from a few people working in our field that I’ve worked with in a coaching capacity at some point. But if you like the sound of all this, I want you to join us! I have worked with those just taking their first steps into the commercial art world, and I’ve worked with professionals, and I can say without doubt that your commitment to your own development is what will take you forward. That, and a great team. Put yourself around other people who aren’t afraid to say that they’re trying to be the best they can be. The energy of a community like that is contagious. You can sign up right here to be notified when the team launches, and when spots open up in early 2023. 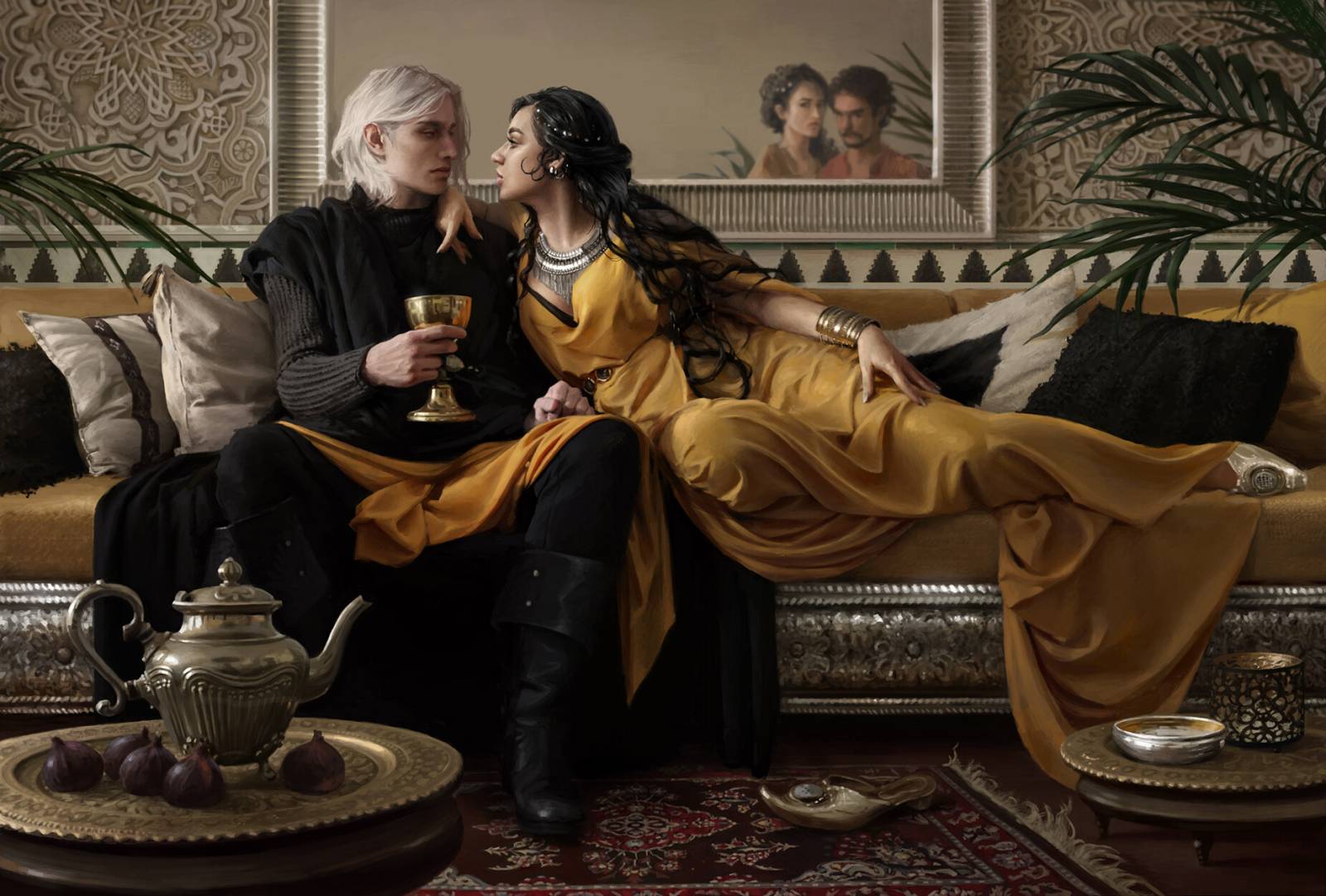 “I worked with Tommy for about 6 months, right when I’d just started working as a professional artist and needed guidance in this new stage of my artistic development. His fascination with the creation process and his honest interest in artists as individuals makes him an extremely competent educator who is able to offer knowledge on exactly what the work of his student needs, and deliver it in just the right way. He believes anything is possible with the right mindset, and his never ending hunger for learning and progress is absolutely contagious. He helped me navigate through feelings of dissatisfaction with my art, circle in on what exactly is the problem and offered practical exercises which proved to be the correct way of solving the issue. Painting and teaching are two different skills and I´m very confident to say that Tommy excels in both.” 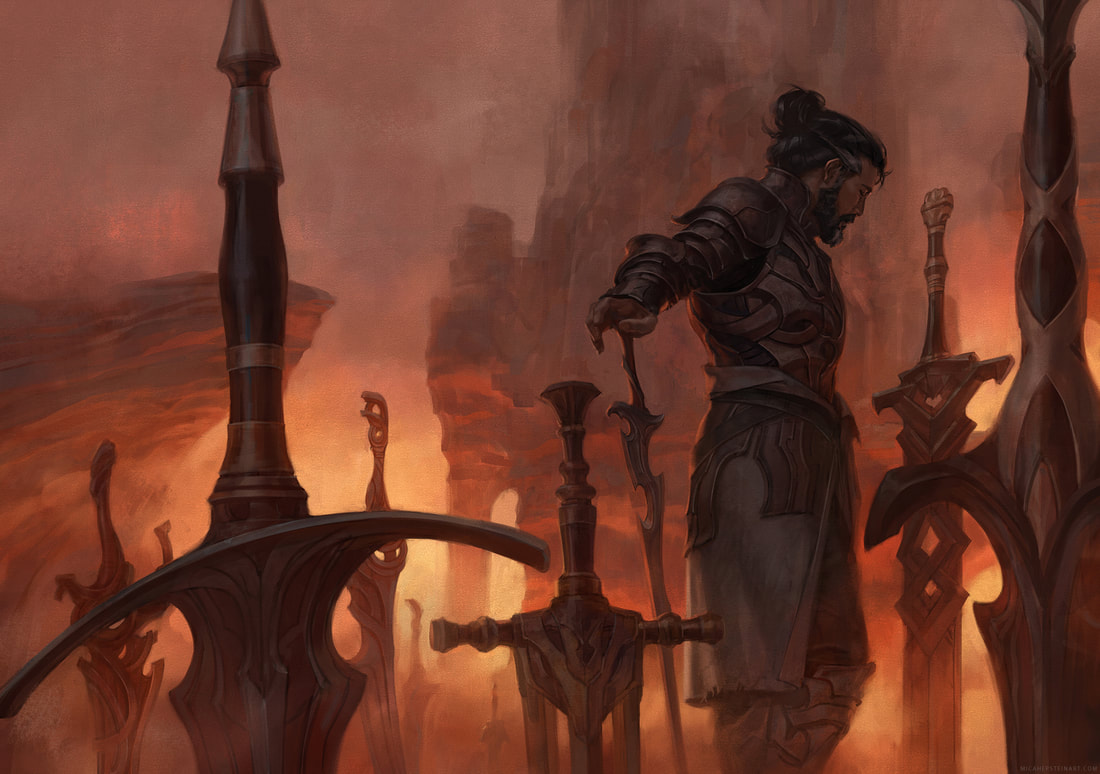 “There are plenty of artists with a lot of skill and knowledge, but the best teachers by far are the ones who not only have the knowledge, they also know how to clearly break it down and pass it on to others. I’ve known Tommy for a long time, and the remarkable thing about him as an educator is that even as his knowledge and abilities have grown, his ability to help others understand and relate to those ideas has grown right alongside them.

Whether he’s looking at a portfolio, a goal folder, or a single painting, he will always have something to say that is relevant, personal, and specifically tailored to creating a clear, actionable next step for improvement. He recognizes what can be taught directly, what can be learned from experience, and is always careful to take the time to examine what makes each person’s work and goals unique, and encourage them in that direction.

In my time mentoring under Tommy, my work improved by leaps and bound–his advice was absolutely essential to me making the jump from amateur to professional. At the time when I worked with him, I felt like I had been spinning my wheels on entry-level jobs for years and was struggling to find a way forward into the work I really wanted to be doing. The summer that I spent working with him were some of the most educational, productive, and exciting months that I’ve had as an artist, and by the end of it I’d already started receiving my first real editorial and cover jobs.

If you’re genuinely serious about pushing yourself and your work to the next level, I absolutely recommend working with Tommy. He’s an extraordinary teacher and will really help you get under the hood of your own art, figure out what makes it (and you) tick, and guide you in the right direction from there.” 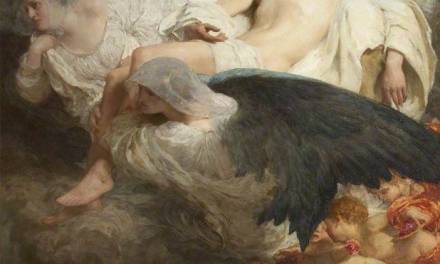 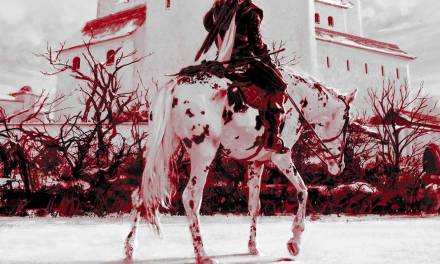 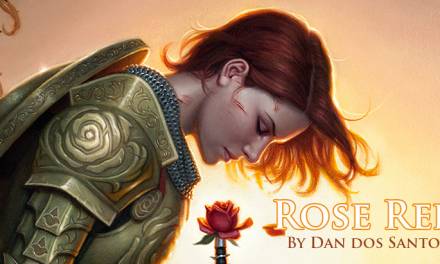