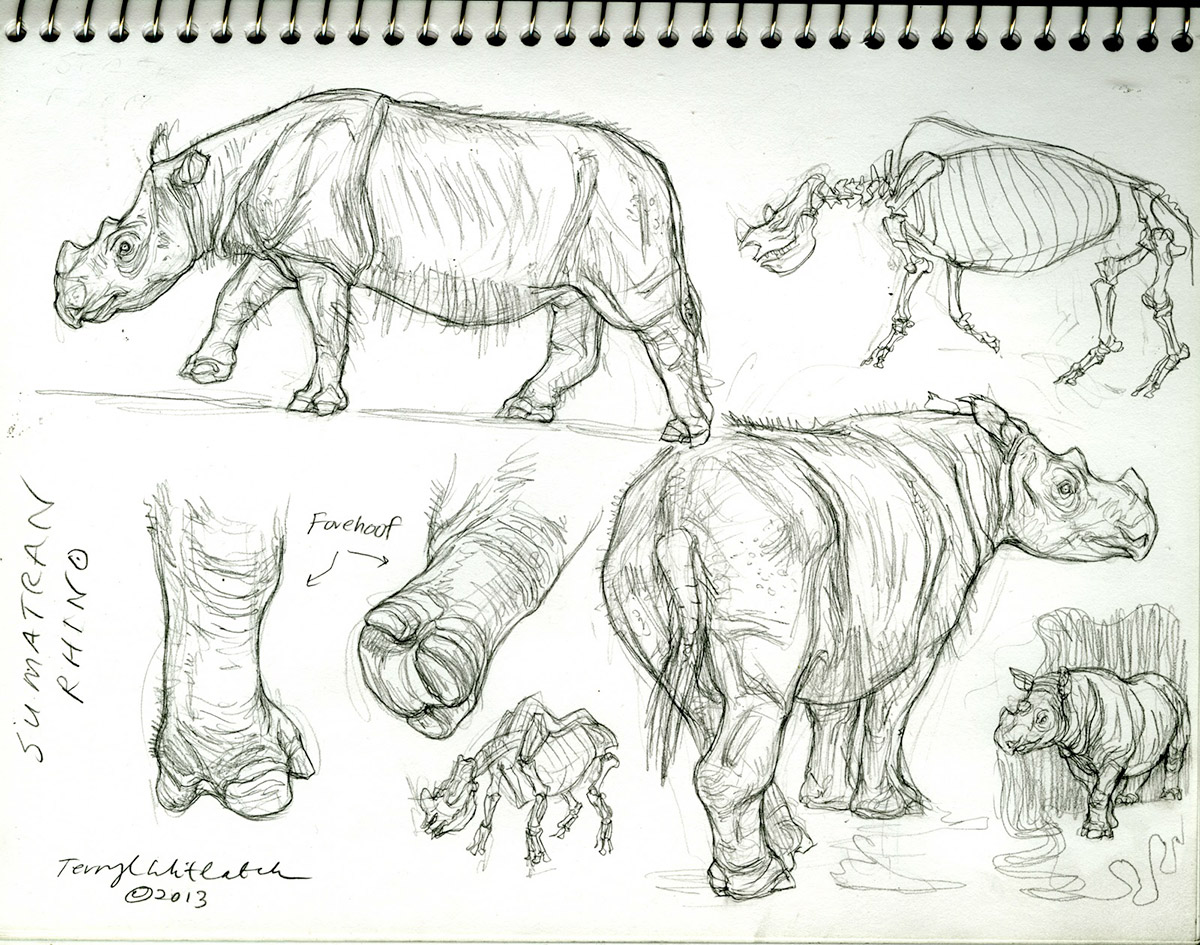 It’s so lovely to be able to return to Muddy Colors after a sabbatical of some months—it’s been a busy time, juggling deadlines and traveling related to the same.

As a creature designer, I create concept art that not only deals with imaginary beings, but also actual species—indeed, my favorite subjects have always been, and continue to be, living and prehistoric animals.

Whenever I am assigned to invent a creature, I go to the source—actual animals—that will inform my creature designs, even if the end result appears at first glance to be far removed from what I’ve observed or sketched at the zoo, pet store, or aquarium. However, the underlying anatomy is all real animal, just morphed or stretched a bit here and there.

And what is just as important is what I learn as I watch them—how they move and how gravity affects the anatomy, the interesting poses and situations they get themselves into, behaviors, and personalities unique to each individual. Human beings, I am convinced, who have the conceit that an animal’s behavior is solely mechanical, with the only goal being to increase its gene pool, have never gotten out of themselves and watched an animal be itself.

This has a trickle down effect that translates into the personality of imaginary creatures on both a conscious and unconscious level, and gives them a sense of reality—a dimensionality that audiences can tune into and find sympathy with. This is my hope, anyway.

For example, we’re all used to seeing dragons in their iconic, hero, and beauty shot poses. We’ve seen enough of these so that these scenes have a sense of contrived, dioramas of heroic taxidermy, which has the paradoxical effect of perpetuating unreality. But, left to themselves, and unobserved by human beings, what would a dragon, or better yet, dragon-like creature, prefer to be doing? Would it be in an awkward pose, scratching its jaw with a hind leg? Sharpening its claws on a tree trunk? At least sometimes, I’m sure. This is a question I ask myself all the time, to be constantly challenged, learning, and pushing the envelope.

While I’m not at liberty to publish current and recent work due to nondisclosure agreement status, I have gotten permissions to share the study sketches of actual animals in preparation for various assignments, which I’ll be sharing with you over the next several months, with minimal touch-ups, right out of the sketchbooks.

To start, here are a couple pages of very creaturely, but very much alive, creatures, from our own small Blue Planet. I could not invent better creatures than these—in fact, it is these beings that teach me how, as much as I finitely can, to invent creatures. 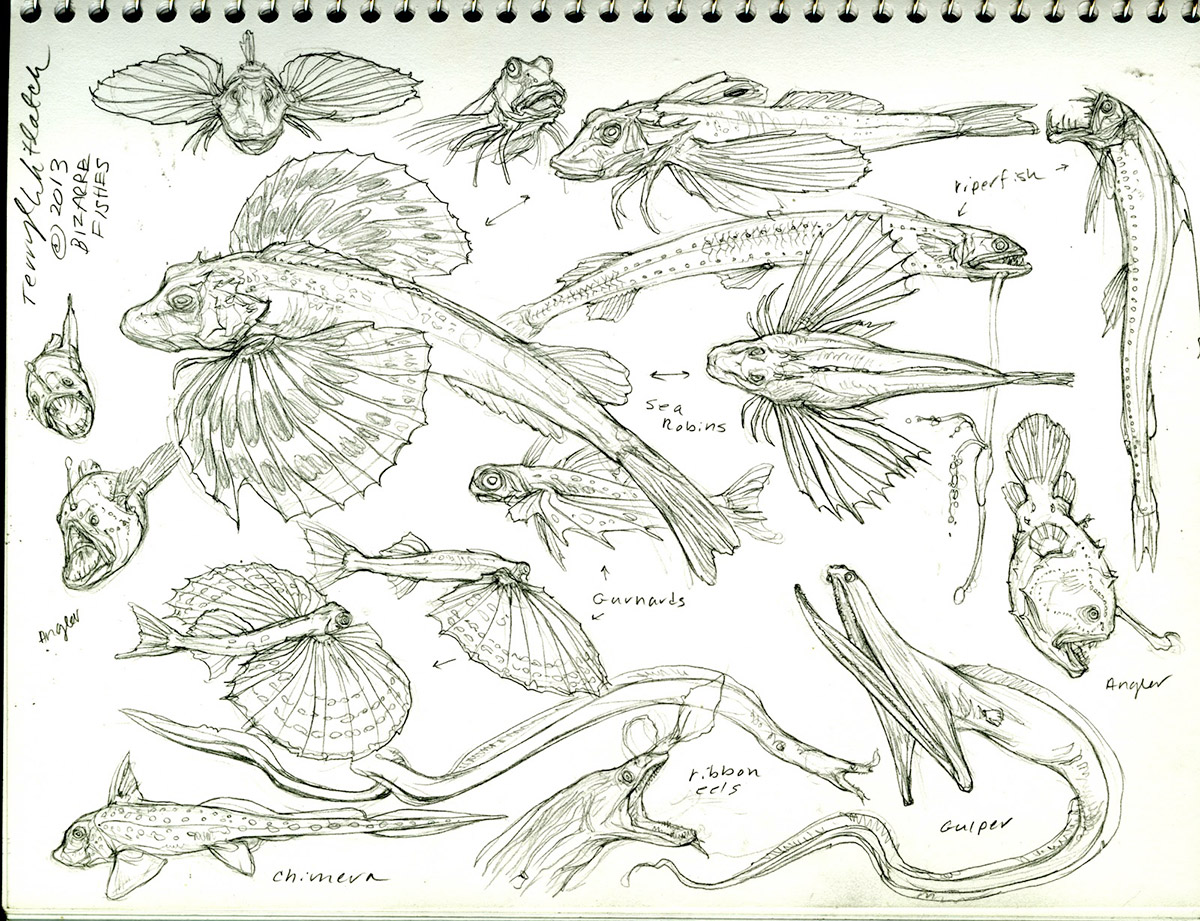 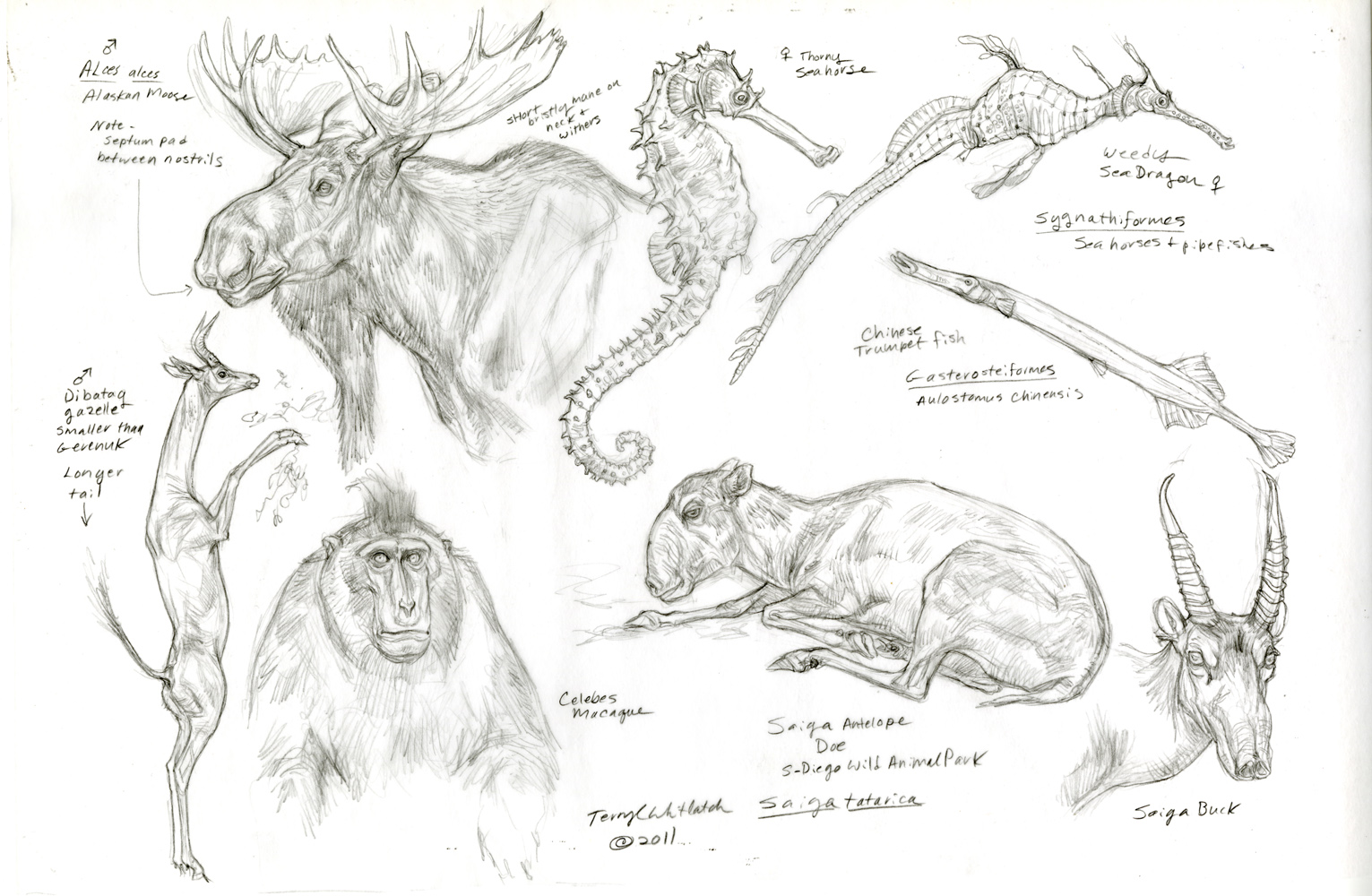 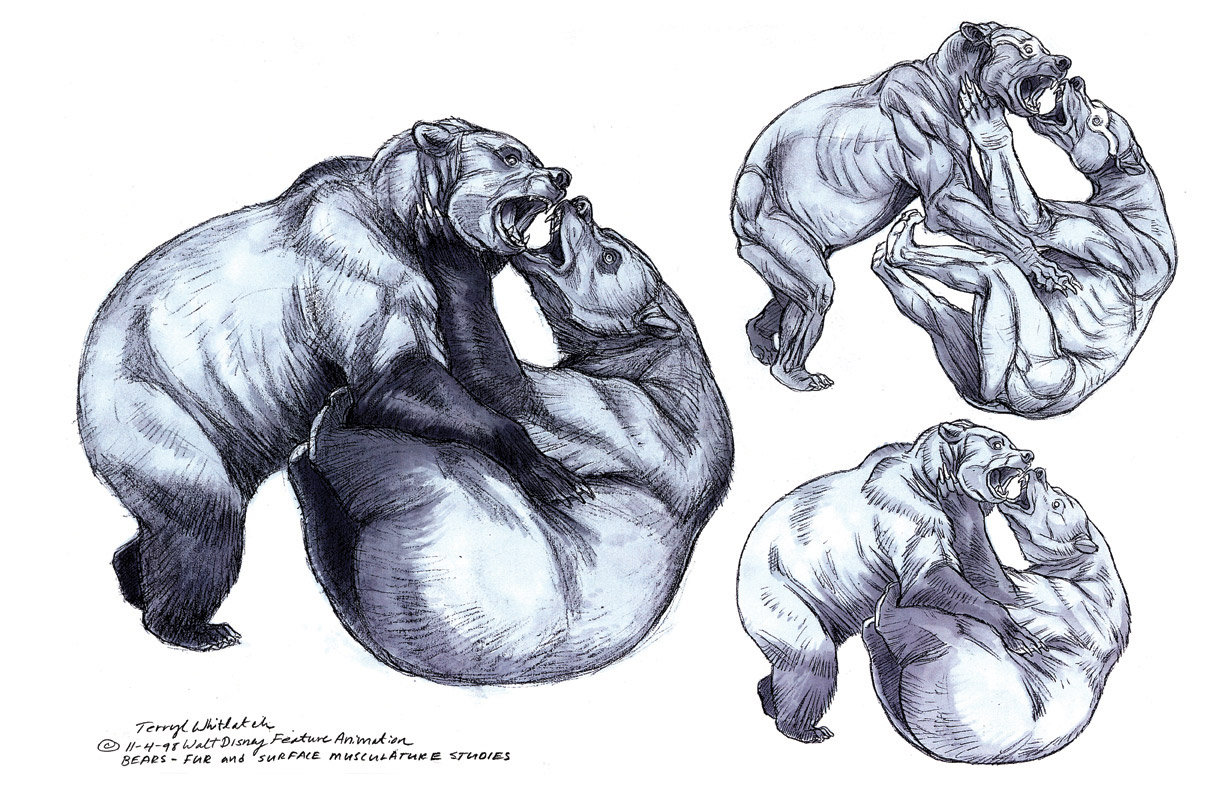