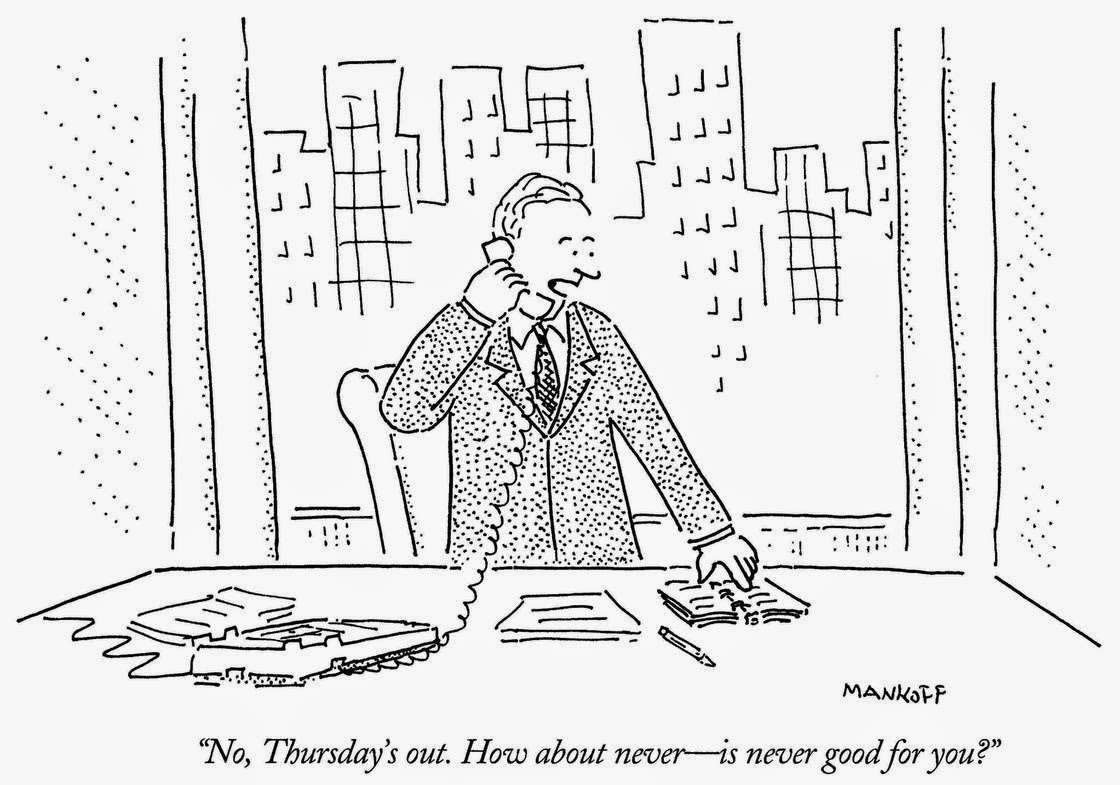 Above: The classic New Yorker cartoon by Bob Mankoff.

So this week is GenCon in Indianapolis and World Con in London, followed by DragonCon, SPX, New York Comic Con, APE, World Fantasy Con and any number of other genre gatherings big, small, and everything in between. Most certainly there will be opportunities for artists to interact with art directors, editors, and publishers; just as certainly the chance will arise to talk business, to pitch a project, or show portfolios. If everything seems casual or unstructured, if there doesn’t appear to be a designated time to show your book or make a pitch, what’s the protocol? How do you connect without making a social blunder that might turn into a career roadblock?

I’ve discussed some of this before, but it all bears repeating. Basically there are three simple rules, which, if followed, will usually serve you well: [1] Be a pro. [2] Be polite. And [3] don’t be a boob.

I’ve touched on #1 before and this is something of an extension. In this case, being a pro means preparation and attitude. If you’re going to an event where there will be an art director that you want to show your portfolio to or a publisher you’d like to pitch a project to, do your research. Understand who it is you’re wanting to work for or with and, if you can, tailor your portfolio or craft your pitch in such a way that it will appeal to your potential employer/publisher. Be prepared to talk about your art or project clearly and succinctly; be ready to elaborate if questions are asked, but don’t feel the need to tell your life story. Stay focused on the goal of either getting work or selling your idea.


Have business cards. If you can afford a “leave behind” (a postcard with samples of your work or some sort of simple, easy to transport, and memorable promo), bring them. Have only the best work in your folio; make sure your pitch (if it’s some sort of project you’re trying to sell) is tightly crafted, clear, and has impact. And, as both Irene and Lauren have mentioned in the past, have a calm confidence in your work or proposal: don’t over-explain and don’t apologize for the quality.

There are too many stories from fellow ADs and publishers about the what-the-hell-here-I-am-look-at-this artists at conventions who don’t know anything at all about a company or what they do but figure why not show their samples to, well, anyone, in the off chance they’ll strike gold. They almost never do: it’s a waste of their time—and the time of the art director or editor that indulges them—because they simply do not know what they want and they’re looking for someone else to figure it out for them. An amateur bumps around and hopes for a happy accident; a pro knows what they want, pursues it, and pin-points the people they need to talk with to help achieve their goal. While most ADs I know will happily look at portfolios on the fly, I always advise artists to make an appointment in advance if at all possible; with an appointment you are guaranteed the focused attention of the other person instead of hoping that they’re not in a rush or too frazzled to look at what you have with clear eyes and head. As Robert Duvall quipped in True Confessions, “Only the winner goes to dinner.”

#2 is a given. Show everyone that your parents raised you right. (And if they didn’t, show everyone you learned manners all on your own.) Don’t let your name badge do the talking: introduce yourself. Make eye contact. Ask if there’s a time when you can show them your work or proposal. Thank them for any time they’re able to give you; if they don’t have the time, be understanding. (And remember to give them a business card either way.) Realize that there are most certainly other things they need/want to do and people to talk to: don’t try to monopolize their time. Brevity—say ten or fifteen minutes tops—is more than enough time to show your portfolio or pitch your idea; at the end thank them for their time and excuse yourself. Trust me, if they want to talk further, they’ll say so. If they let out a huge sigh of relief, you’ll know you overstayed your welcome (and use that realization to refine your presentation for the next time). Occasionally you’ll encounter someone like Greg Manchess, whom I’ve watched carefully review and thoughtfully critique an artist’s portfolio for well over an hour at a convention, but that’s extremely rare. Not everyone is as (pick one) [a] compassionate or [b] nuts as Manchess is. I kinda lean toward [b] myself: I think he got hit on his head one too many times when he was practicing martial arts way back when, but that’s just my opinion.

Anyway…it is almost a guarantee that there will be other chances to talk more informally during the social functions at conventions: use those opportunities to get to know the other person better, to network and hopefully form the basis of a friendly working relationship—but definitely don’t use those encounters to twist arms. Relentless hard-sell and perceived desperation closes doors rather than opens them.

On the other hand, most definitely don’t be shy: take advantage of the opportunity to talk to everyone you can. It can be difficult to step outside of your comfort zone, but you might regret it if you don’t.

It’s really a matter of thinking first and acting second. Naturally you shouldn’t try to buttonhole an AD while they’re eating a sandwich or going to the restroom. You should never intrude on another artist’s review. You should never ever try to pitch your idea to a publisher while they’re putting their booth up at a convention or packing up to go home. There’s a time and place for everything: learn to recognize when that is.

Cathy and I were on our way to dinner at SDCCI one year; the hall was closing and we had stopped to pick up several people that were joining us. We had about a 20 minute walk and during Comic Con restaurants don’t hold reservations for long. Someone we knew stopped us on our way out and introduced me to a fairly well-known artist who proceeded to pitch an idea while shoving his portfolio at me. I explained that we were on our way to dinner but if he wanted to stop by our booth the next day, I’d be happy to sit down with him (even though I was already more than familiar with his work and knew at a glance that I was not interested in his project). He really didn’t know much (if anything) about what I did or what I might be interested in: his was the shotgun approach, fire wildly and see if he hit anything. (Remember Rule #1.) Anyway, the offer of an appointment wasn’t good enough and the guy just talked faster—and louder—while flipping through his folio “for me.” Finally, with the clock ticking and our party all present and kicking their heels, I had to insist—which made him noticeably unhappy—and we left.

I’m sure some nasty things were said when I was gone…but if I had been shown a little courtesy and treated with a little politeness I probably would have offered advice and make introductions if he had taken my offer to meet the next day. Instead, he got nothing. Do I feel bad? Nope. 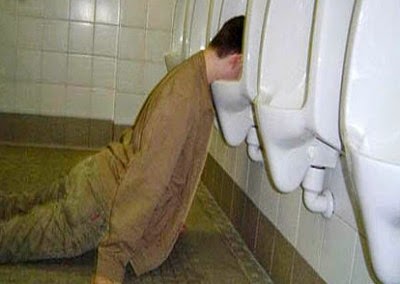 Above: Unless you want to be a star on Social Media, don’t let this be you at a convention.

As for #3, well, it’s obvious, isn’t it? You’re in public: behave yourself. Wear clean clothes and bathe. Don’t be the loudest voice in the room. Don’t drink more than you can handle. Don’t make rude remarks about your fellow artists; don’t get into fights. Don’t make insensitive comments about race, gender, religion, or ethnicity. Religion and politics are usually taboo subjects as well when talking to people you don’t know particularly well. Respect others’ personal space. Don’t touch people without permission and don’t assume another is interested in your amorous attention. Saying “excuse me,” “please,” and “thank you” never hurts. Oh…and don’t pee in public and don’t barf in the hotel’s floral arrangement after indulging in one too many.

Remember the advice in my earlier post. You can only make a first impression once: leave everyone with a good one. 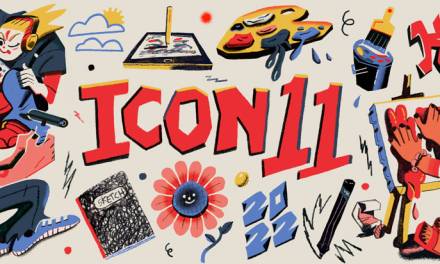 How to Get Into Publishing