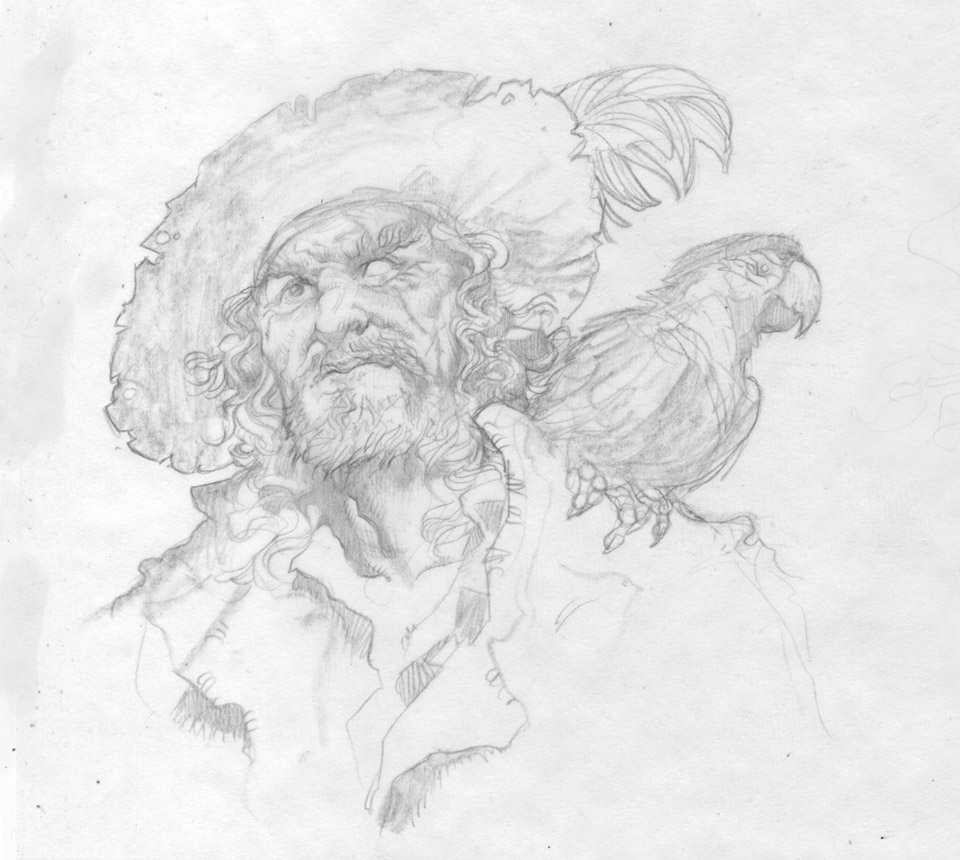 I received a number of questions during part I of Drawing Month.
Most of them fell into one of two categories:


1. How do I go about drawing a face for a study?
2. What if I really am confronted by aliens?

For the first question, I start every face with a grid, to map out the proportions and overall shape. For me one of the biggest struggles for every face is the proportion. This early mapping out of the structure keeps my faces from looking like they are sliding off the page. To help with this, I like to draw on vellum, so that I can flip the page over to make sure that the beautiful woman I’m trying to draw isn’t starting to look like a bottlenose dolphin. I have found that very few ladies are impressed with images of themselves where they look like a bottlenose dolphin. 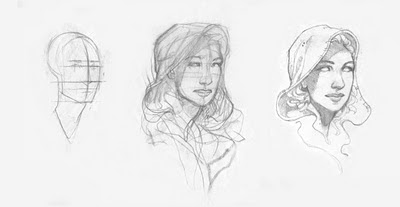 Pirates don’t typically care as much as women about how they look, but even still, I try to stay in the habit of keeping good proportion. You can only take your characterization of certain people so far before sabers get drawn. 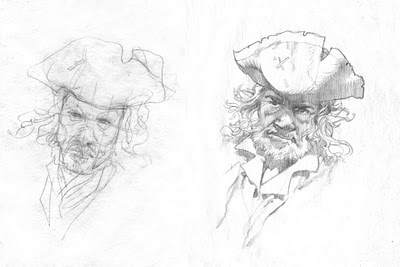 After I have roughed out my figure, I begin to work in the smaller shapes and try to establish where the shadows are going to be. At this stage I will work and rework areas until they look right. In most cases, when I reach this point, I have hopelessly muddled the image. See the pirate on the left. A portrait like that could very well get me shot.


So now I am faced with a number of choices:
I could run for it.
I could try to clean up the image with an eraser.
Or I could place a second sheet of vellum over the drawing and do a clean line drawing over it, keeping the correct lines and leaving out the ones that do not add to the image.
Generally speaking I opt for the third choice, but I won’t pretend I haven’t run a number of times. 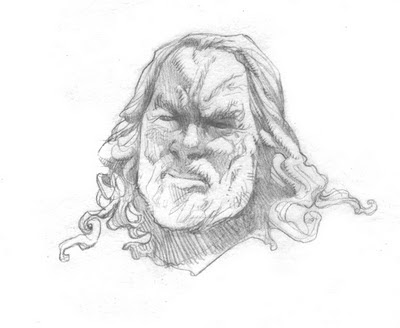 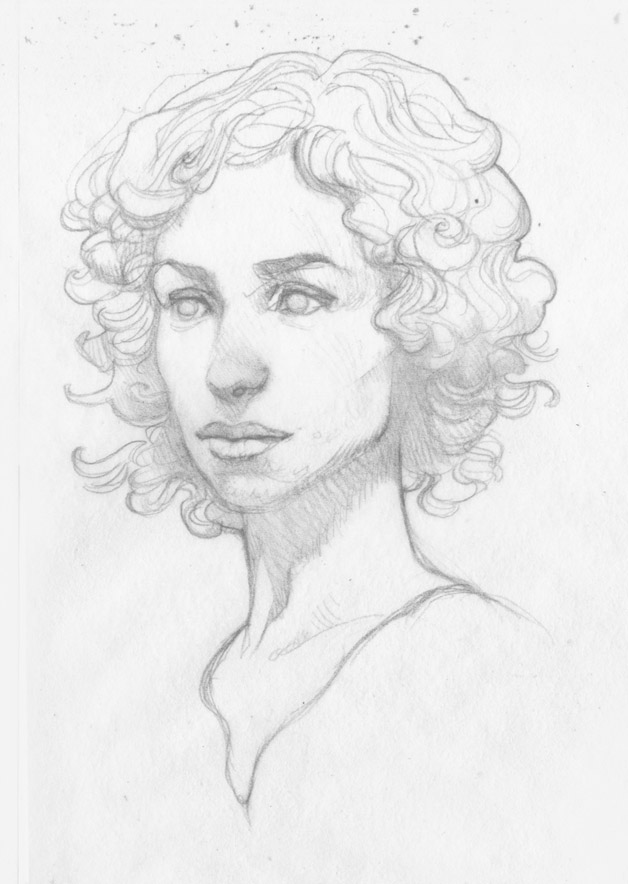 So this works for human subjects. But not every subject you will draw is going to be human. Which brings us to our second question:

What do you do if you are Earth’s first contact with a super-advanced and potentially hostile alien race? Will this method work? Or will this get everyone on the planet vaporized or turned into martian-livestock?

The answer is yes. It will work.

Now, the process is generally the same as working with a human subject, except that similarities to bottlenose dolphins might not be as offensive to an alien. The trick with aliens is of course to not screw up on your first draft, or if you do, to not let them see you throw your first draft away. Aliens may find that first screw up hard to understand, and it may make the human race look weak and easy to conquer. No pressure or anything, but the fate of the planet is now in your hands.

After you have completed the image present it to the alien as a gift.
Some may scoff, but it saved Milwaukee 0f ’93. 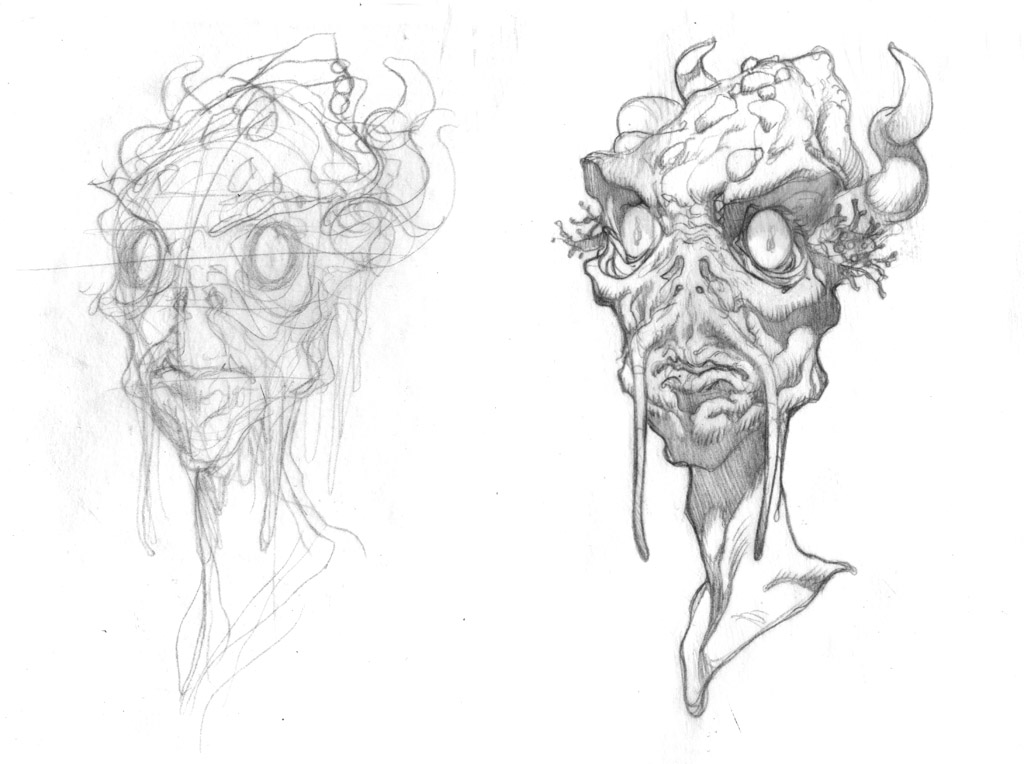 Portrait of Alien from The Milwaukee Incident of ’93.
(Pictured here alongside the discretely thrown away first draft.)

If the alien isn’t impressed with the portrait of themselves, draw a picture of their pets.

No one can resist a portrait of an adorable pet. 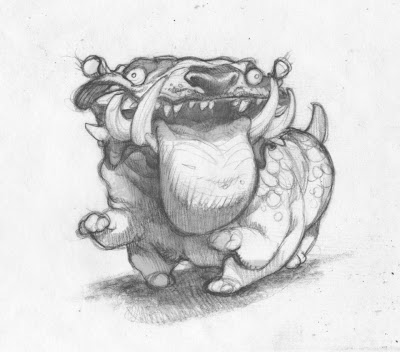 
If you are interested in learning more about the basic approach I use I recommend the following 2 books:
Bridgeman’ Life Drawing by George B. Bridgeman
Drawing Course by Charles Bargue with the collaboration of Jean-leon Gerome


These books have been a tremendous help to me. They offer cleaner and more thorough instruction on the method of drawing shown above, which has been twisted to serve my own dark ends. 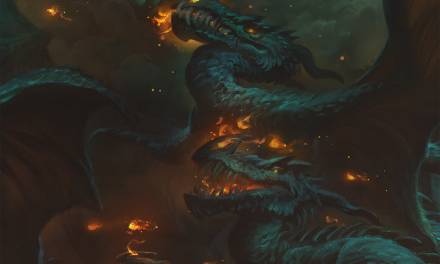 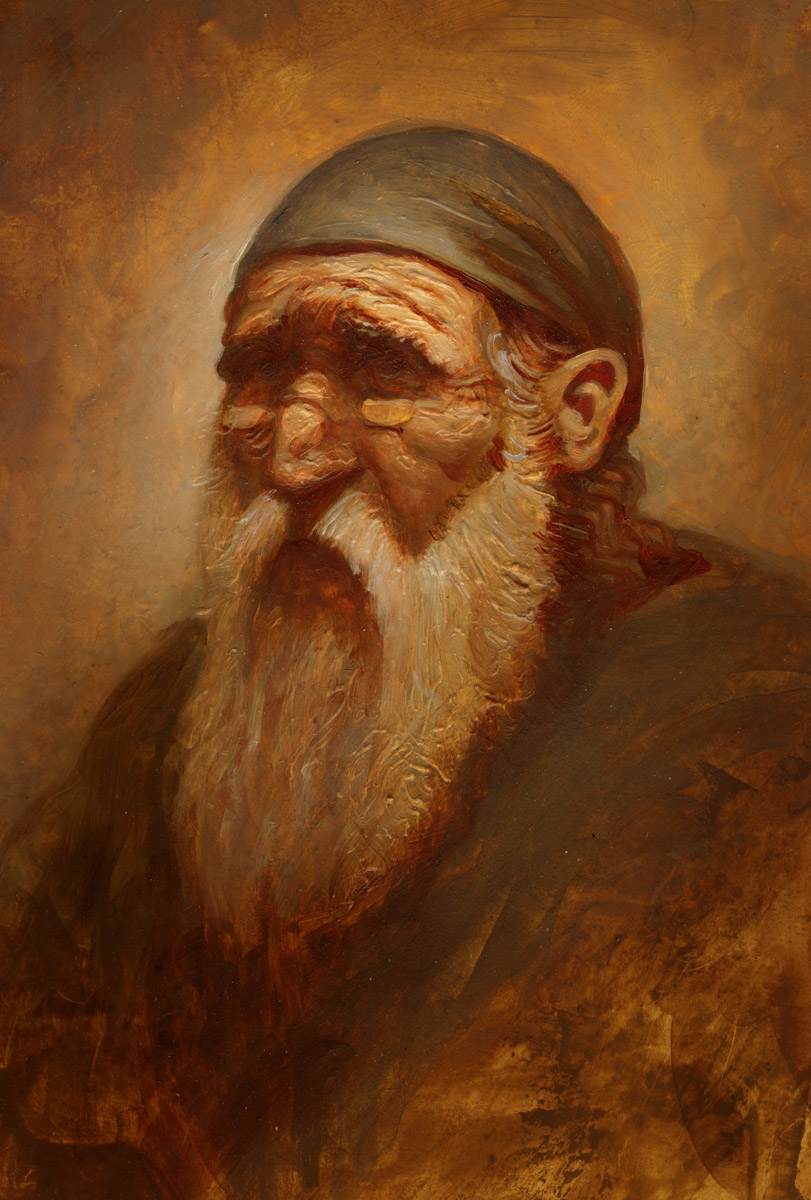 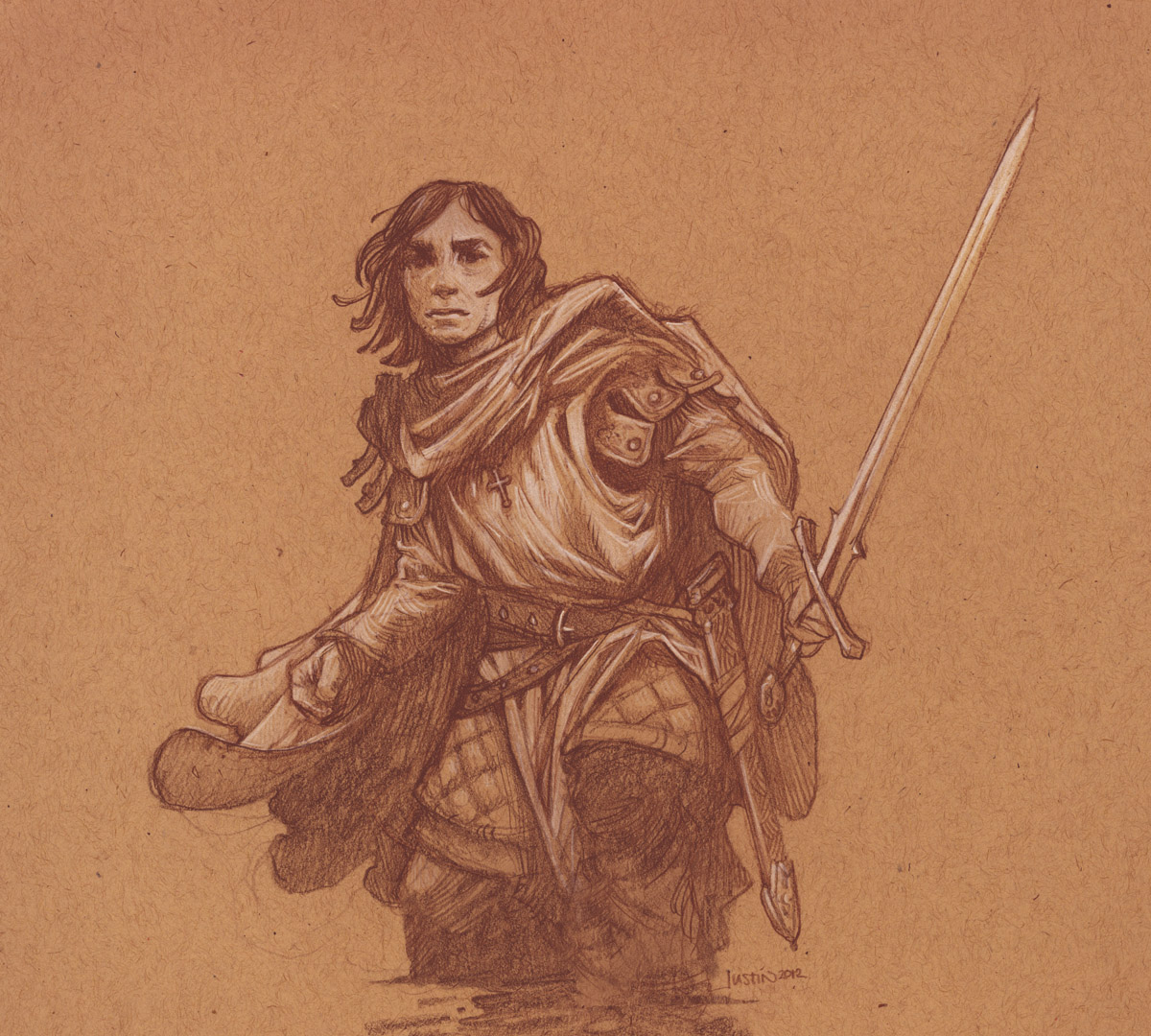 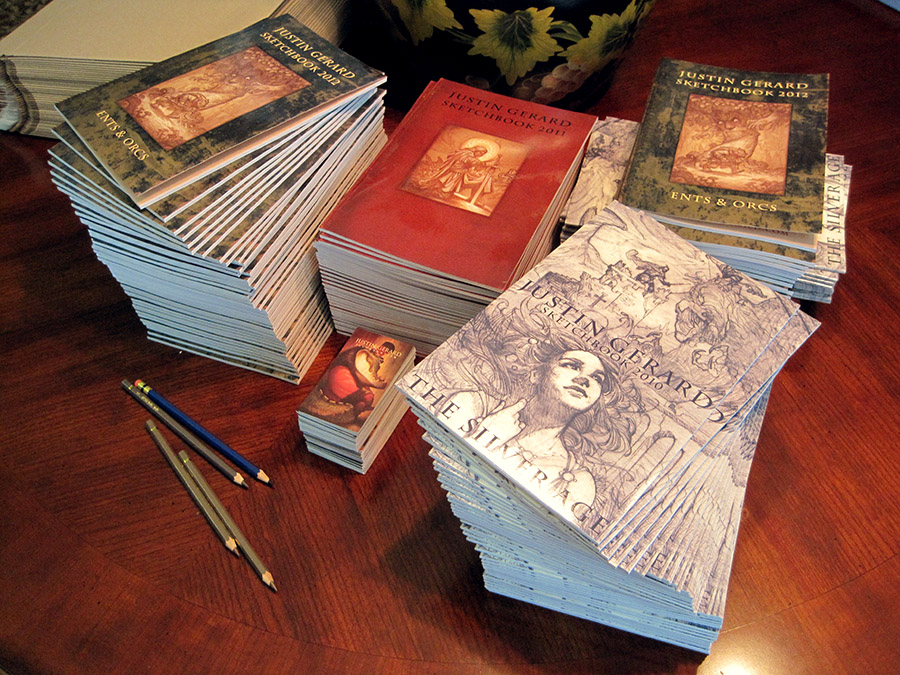 Some Sketches for You