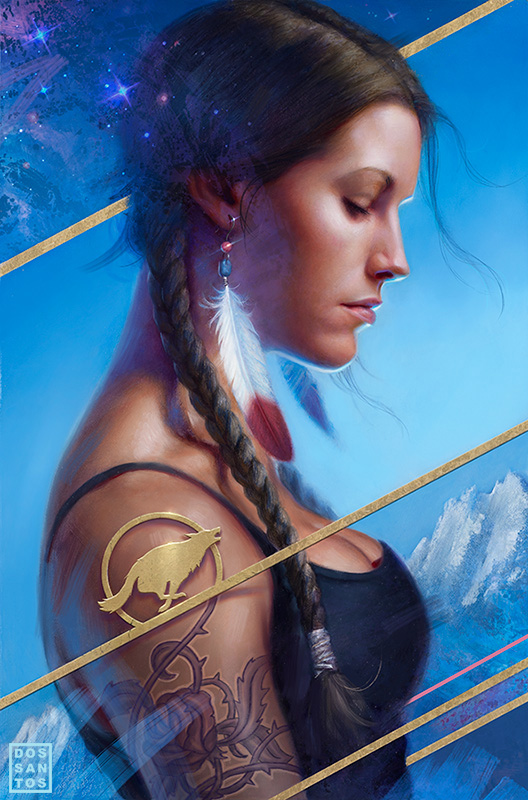 Here’s a recently released piece I did for an upcoming Patricia Briggs novel, called ‘Shifting Shadows’.

Because this book is a collection of short stories, and not strictly a part of the Mercy Thompson series, the client wanted something a bit different than what they usually do. They specifically requested a close-up of Mercy’s face, and that was it.

Since the stories are short, I felt that a looser, more “brief” style of painting would be appropriate. I decided to play with some brushy paint textures, palette knifing, some digital effects, and little gold leaf on this one.

I also proposed some much bolder approaches as alternate sketches… 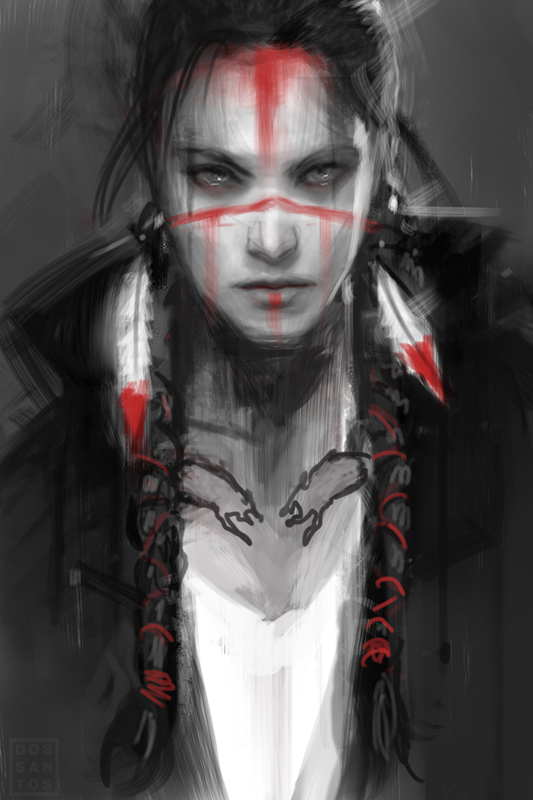 I really liked these alternate sketches, not only because it would have been fun to get back to painting looser, but because they also showed off Mercy’s Native American heritage, something we don’t get to do much on the current series of covers. Fortunately, some good clients liked them as well, so the sketches may yet see fruition in the form of a private commission.

I will be displaying this painting, along with several other originals of mine, at next month’s Spectrum Fantastic Art Live. Be sure to stop in! 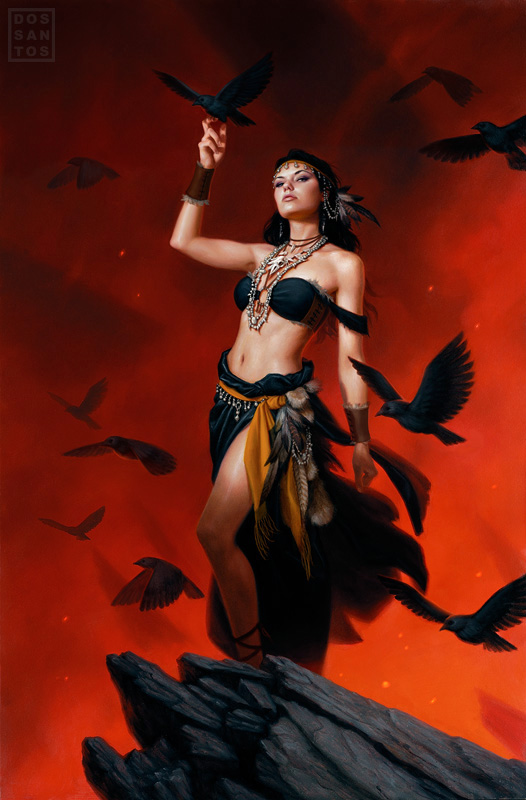 A Matter of Prints. Eh, Pal? 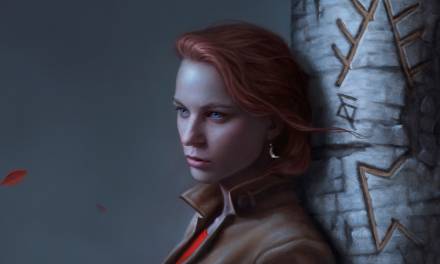 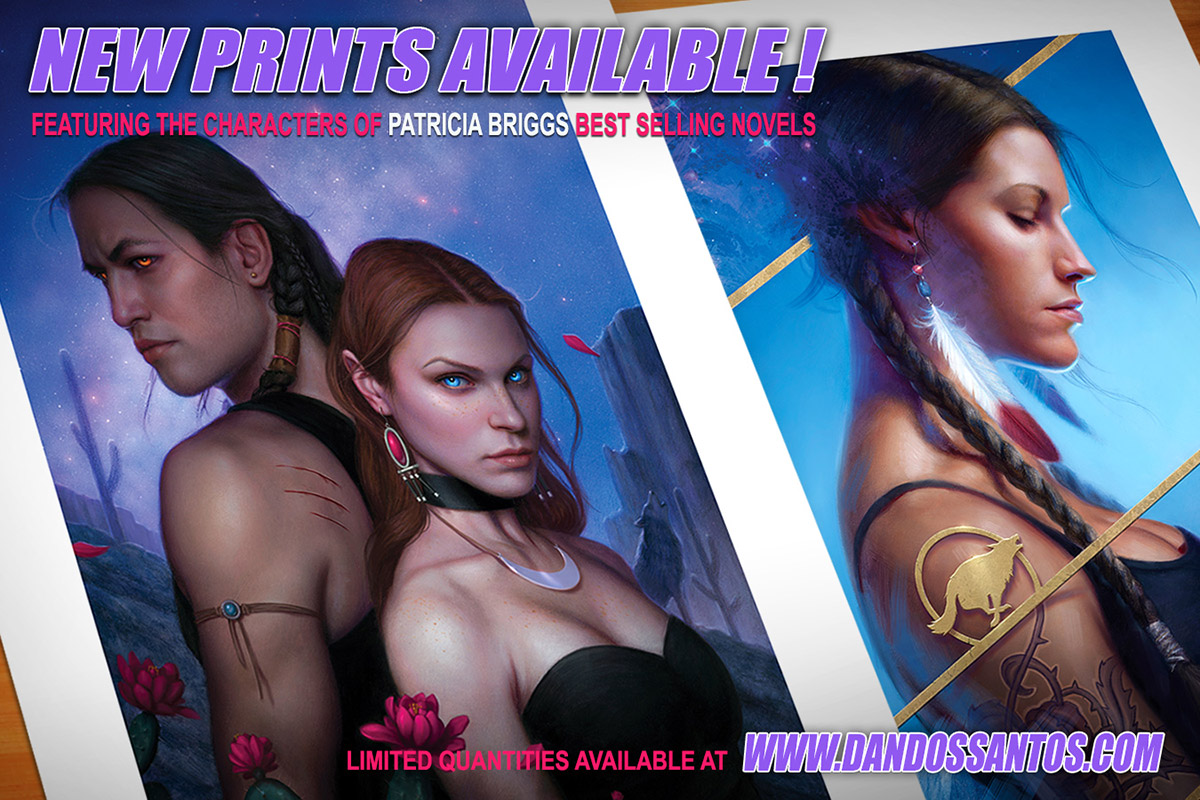