This Friday, October 17th, “Night Patrol” will debut in Paris at Galerie Daniel Maghen. The show will exhibit my adventure paintings from literature, science fiction, fantasy, and historical subjects, as well as new narratives.

“…something’s amiss. Command wouldn’t engage without a recon flight to reveal which group had penetrated the perimeter.

Once in the air, his mount should knuckle under from the grueling months of break-in, after inheriting the beast from the wrangler squads. But it still hadn’t imprinted yet.

If they were running raven panther gryphons, this wouldn’t be easy. His mount wasn’t ready yet, not for stealth combat anyway. 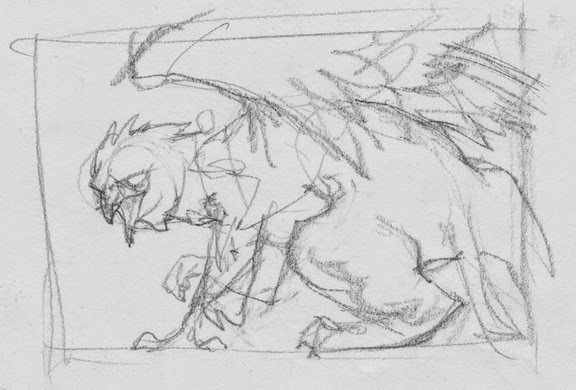 That’s a bit of the story behind this one. “Night Patrol” is another painting that took some time, just to decide to paint it. I did a thumbnail and let it sit. I wasn’t sure I could get the idea across.

But the sketch is everything, and once I had the feeling down, I could concentrate on getting the angle right. After sketching a lot of raptors, I ended up liking the thumb more and followed that instead. I researched a bunch of lions’ haunches to capture the ‘sit.’ 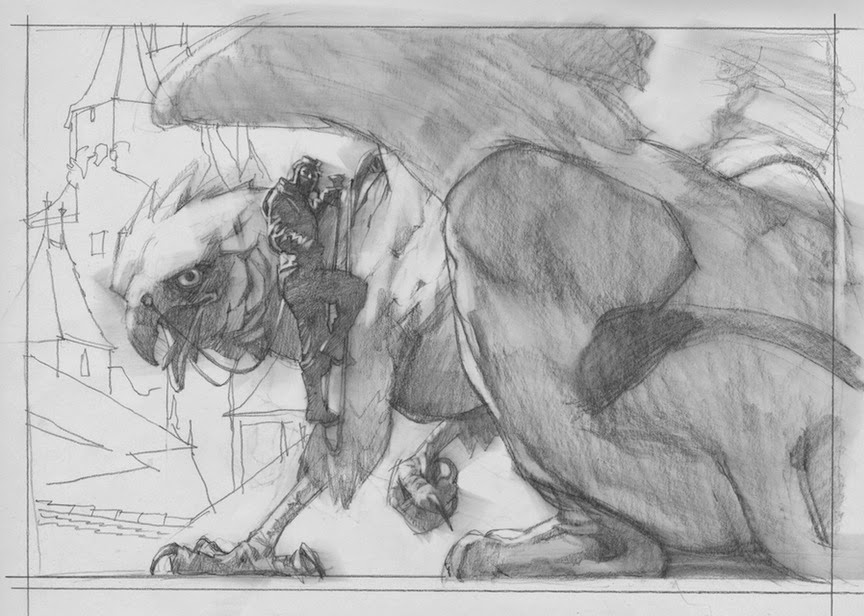 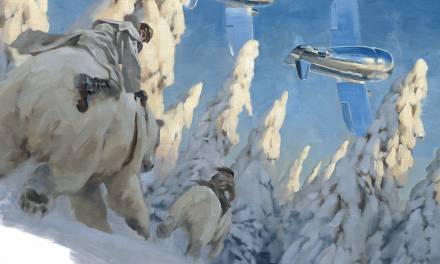 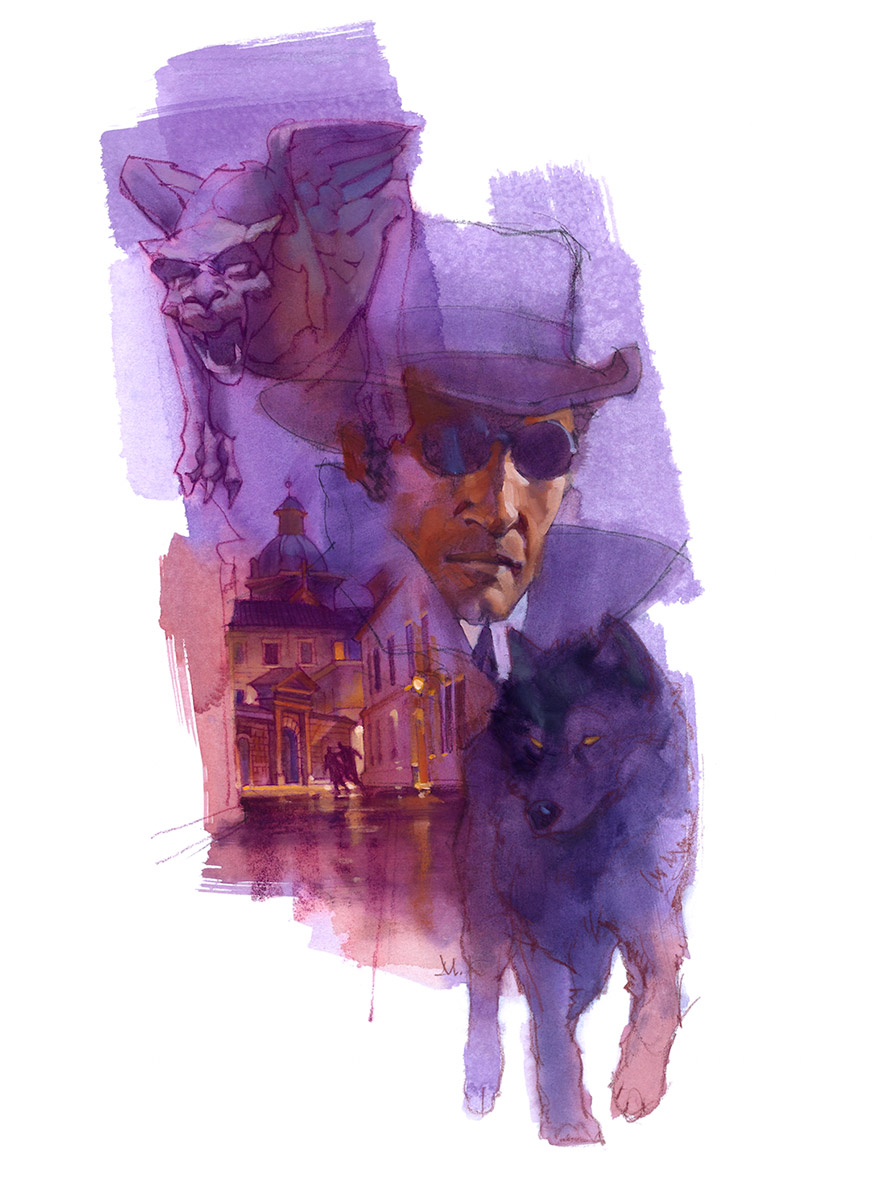 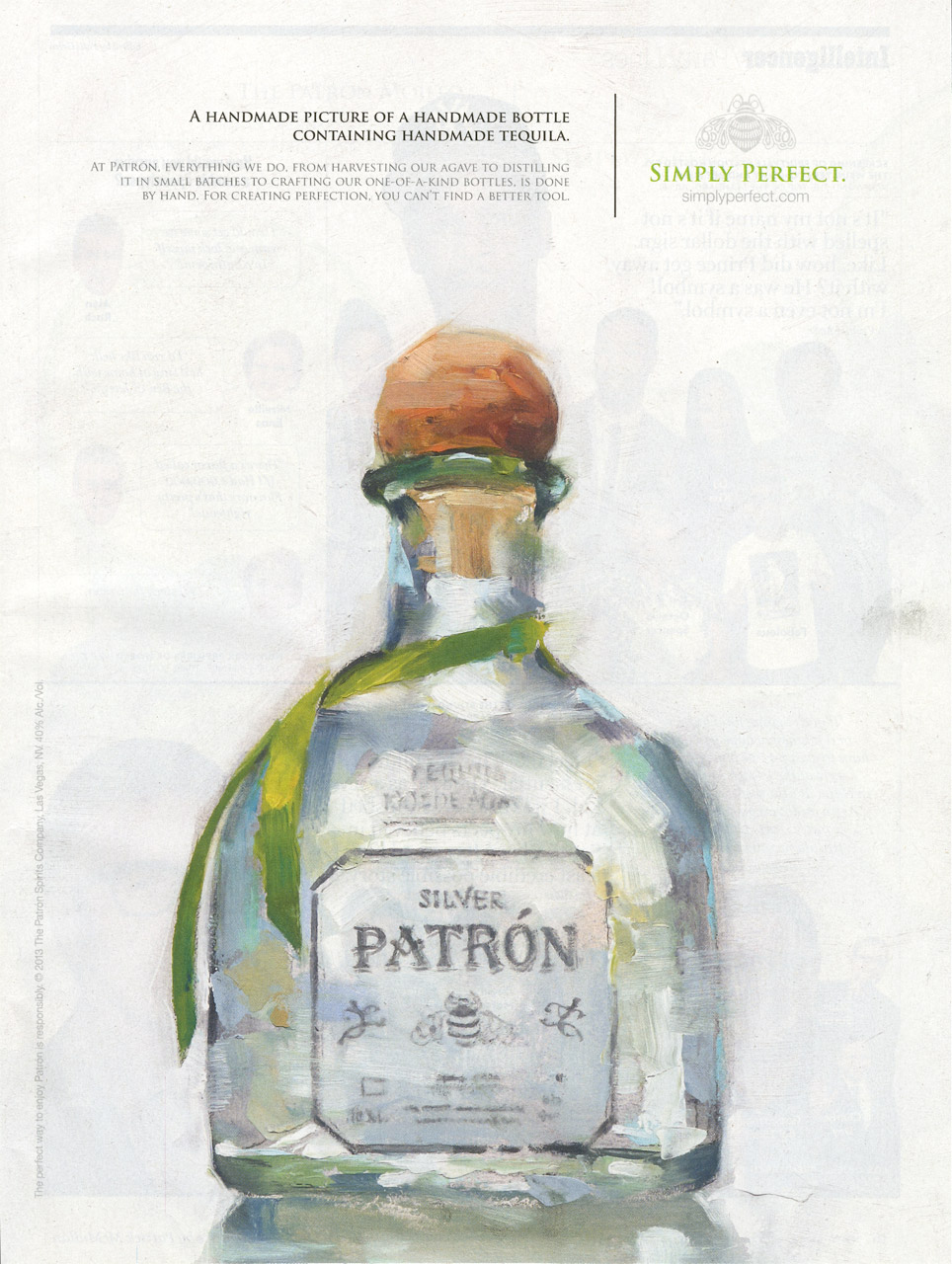 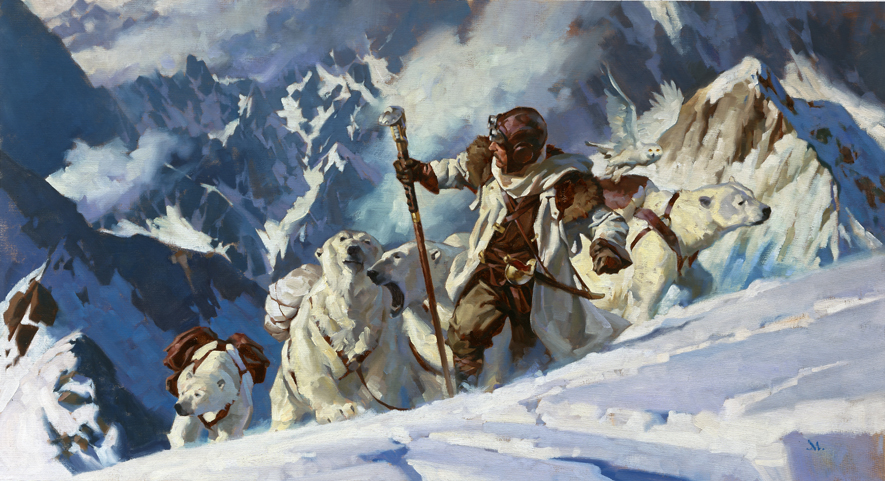