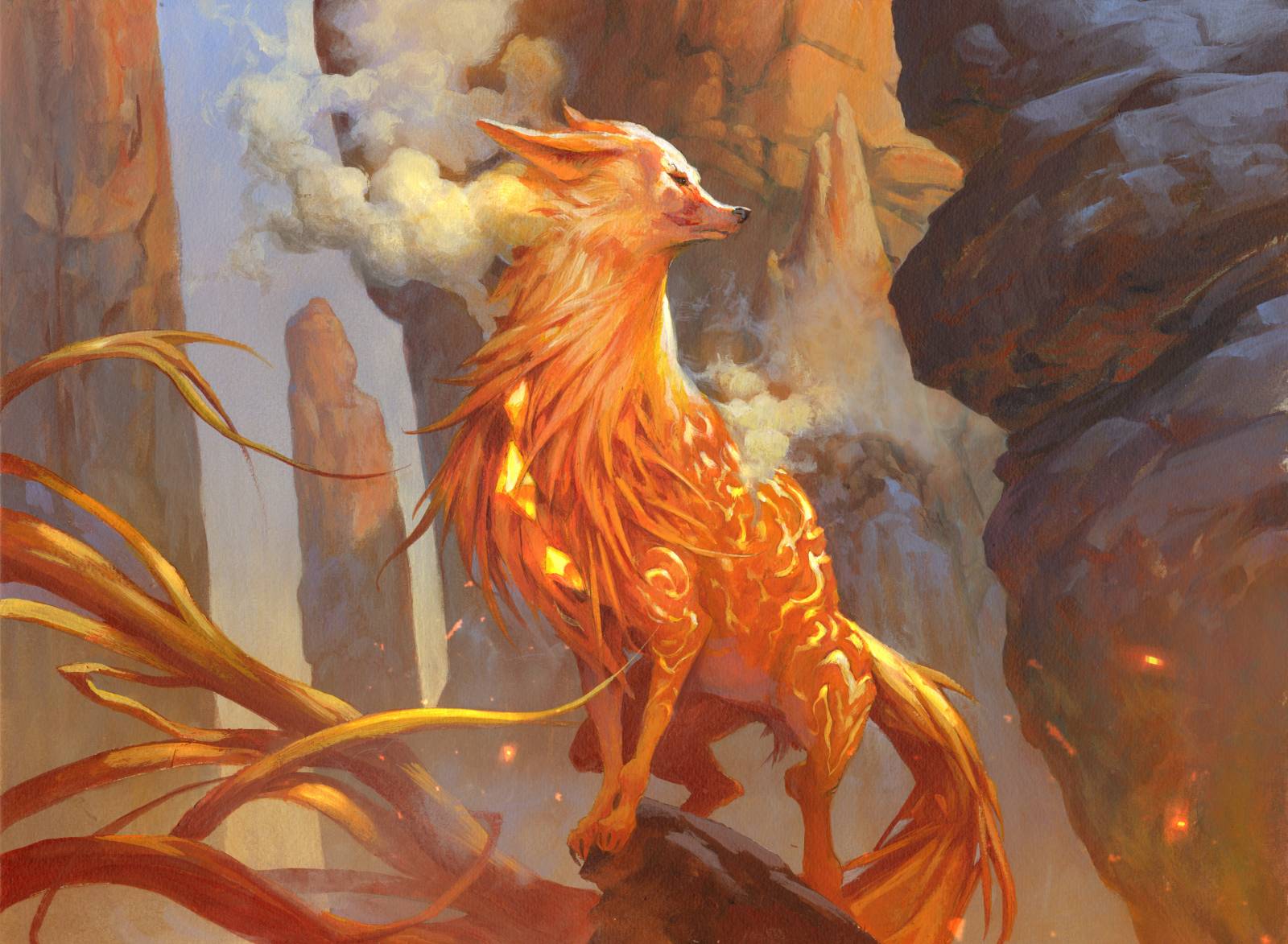 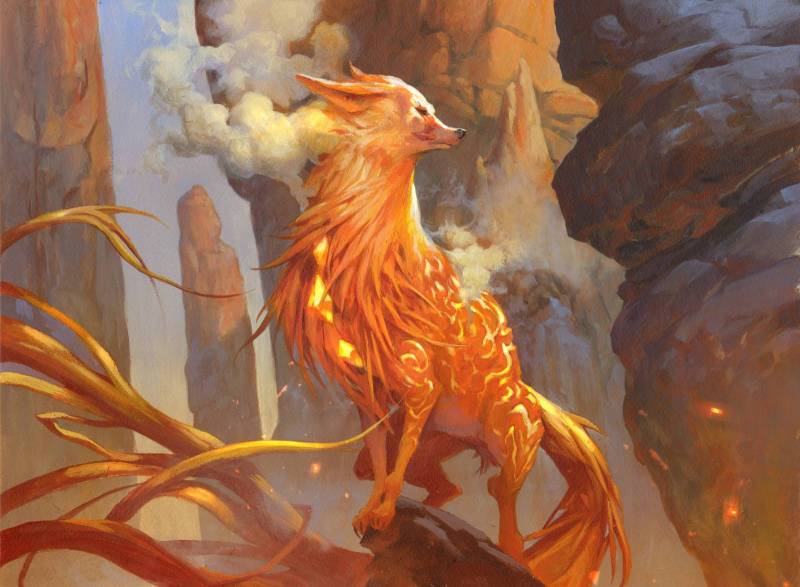 Zirda, the Dawnwaker. She is a legendary fox from the world of Ikoria Lair of the Behemoth, the newest released set from Magic the Gathering.

When asked to paint a legendary fox elemental in the dawn light I got an instant image in my mind, and before I lost it I tried to scribble it down to paper. Let me describe what the image is about, since it might be hard to tell from the lines alone. My mental image was an elegant looking fox on the tip of a cliff looking around as if to check on her domain in the sun rays of the dawn. Like if a photographer has hidden in amongst the cliffs waiting to capture this magnificent beast in its habitat and he was lucky enough to get a perfect shot of the creature right before he was discovered and she disappeared into the rocks in a mist of smoke. 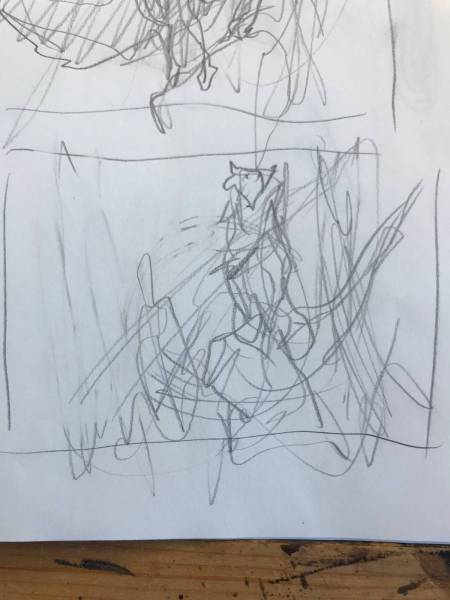 All that is in there in the erratic lines of pencils within a box.

So my next step was sketching it out. I struggled a bit in trying to find a perfect silhouette. I found out that the side view was best for me to capture the fox feature and the face. The body is turned forward but she turns her head around and look back, as if she heard something, poised like a deer in the forest reacting to a broken branch. I wanted to get that feeling where you never know if the animal will bolt og relax and bend down and start eating again. In my original hastily scribbled thumb sketch I had the background mostly consisting of sky and the rocks were only small pillars in the bottom, but I realised that she needed to be very light and glowing with elemental energy. In order for me to show that best I had to surround her with a dark background. So in my final sketch I added cliffs to the background and only a small bit of sky to the left side. 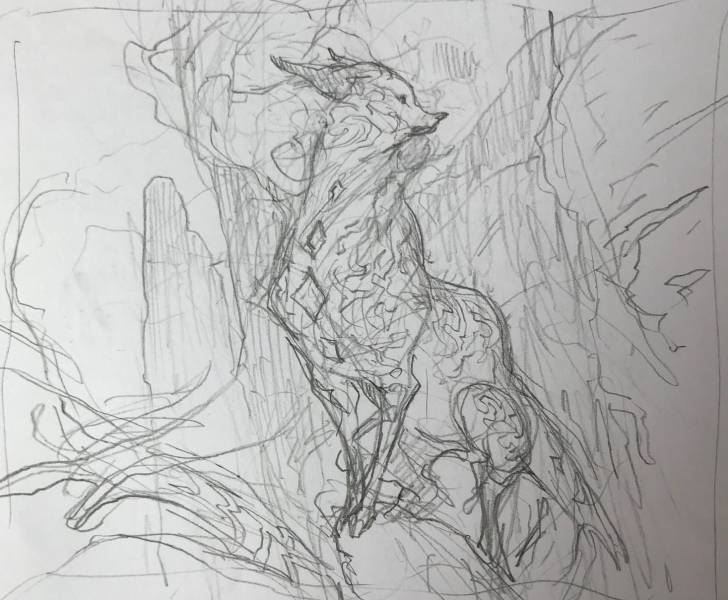 Since elementals from Ikoria has a core of glowing crystals within them I also needed he light to shine from within her. It posed a problem in how light I could make her since she needed to be darker than the crystals on her chest, yet lighter than the background. I pushed the problem on to the color rough and started inking her up on the board. 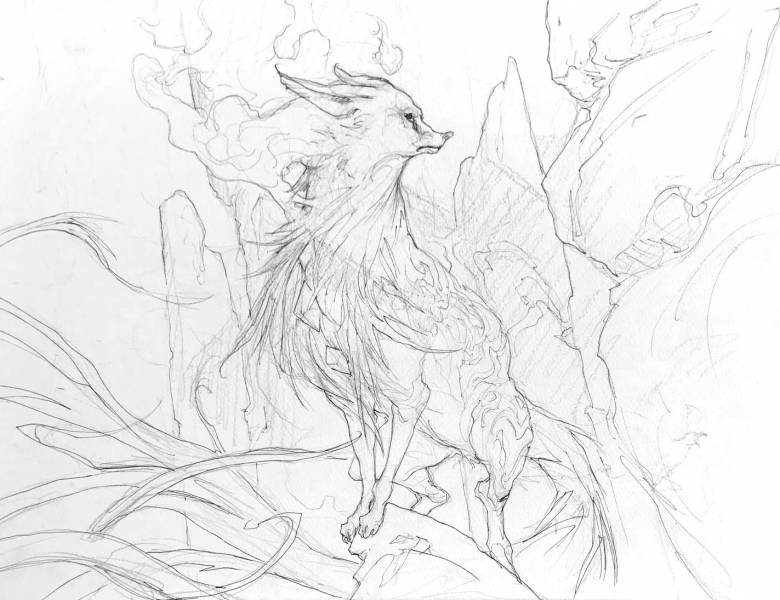 When the inking was done I started a color test in acrylics on top of a printout. my choices for colors was very simple. I knew I had a yellow/orange fox and the surrounding cliffs was bathed in warm light from the sun. If everything in an image is warm colors it will all seem flat and without interest. he sliver of sky between the cliff tops is very important for having a cold color. The cold vs the warm is the contrast needed to to each color boosting each other. Its the same idea that made me put in a bluish reflection light to the cliff in the foreground. When looking at the color theme now it is very simple. Light blue and orange with a bit of mixes of both in between. i find that the simplest color themes works the best when the image is supposed to be seen in a very small size. 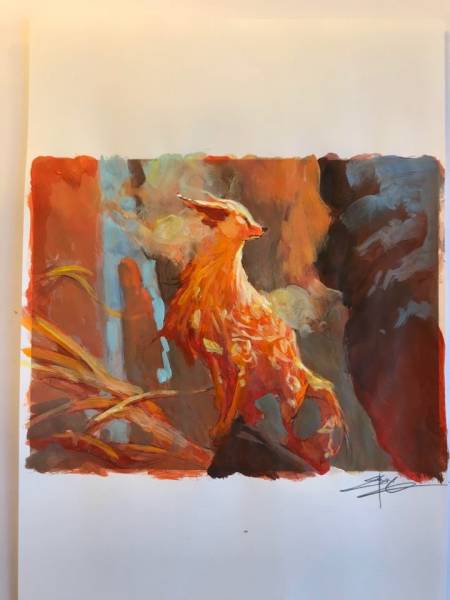 When you compare the color test and the final you can see that I turned down the saturation of the cliffs in the background and changed the sky color by taking out the greenish hue it had. All of that was done to avoid dragging attention to the background. I wanted the Fox to be the clearest and purest color and the background to be lesser in saturation. It’s always a choice of clarity. By de-valueing everything else around the main figure I push the importance and the attention towards the area that has the most color, detail and contrast. I think this is a key element in making paintings that reads well. When I encounter problems in an image and look critical at what I am doing and find that it is too messy and unclear, its usually if I strayed from this idea and started adding dense details to something in the background or used too heavy saturated color away from the focal point.

In this image of Zirada I think the clarity works very well. Only thing I would have changed was the mist and smoke coming from her. It should have been lighter and more transparent. It looks too physical and not whimpsy enough for smoke. 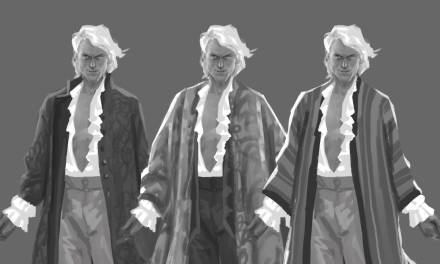 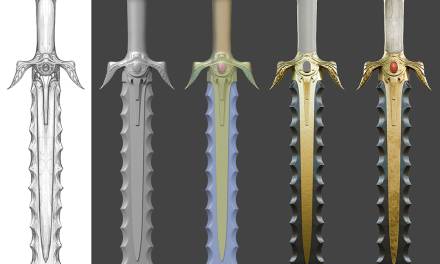 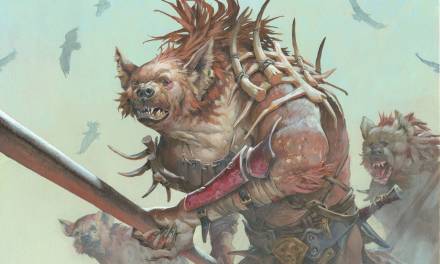 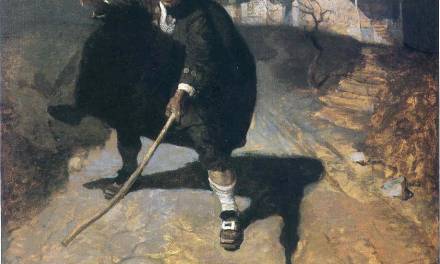