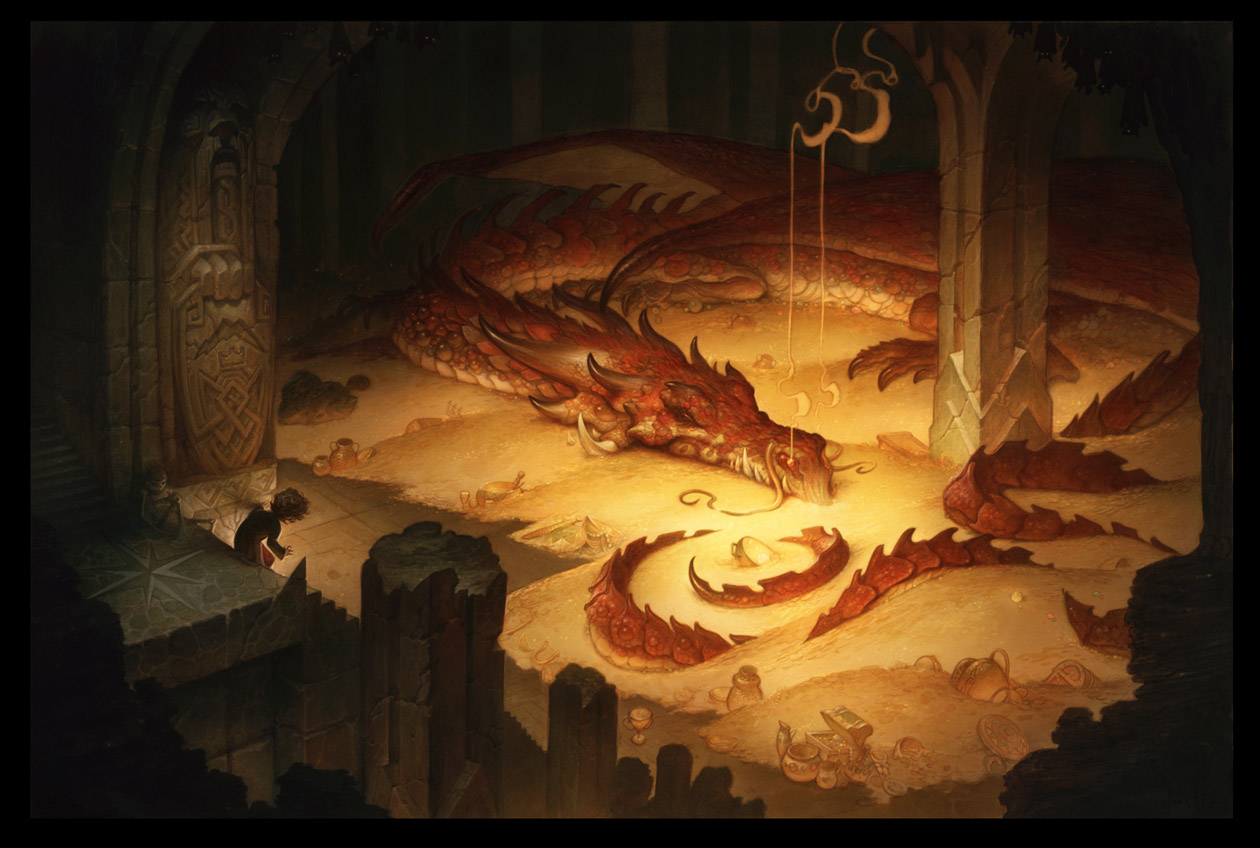 My name is Justin. I live in America, and I paint for a living. I have a particular interest in narrative-driven illustration and visual storytelling. I will be contributing a number of posts to Muddy Colors in the coming months and I hope that these articles will not bore you to the point where you want to light yourself on fire from sheer eye-numbing boredom. I have read some eye-numbing articles in my day. The kind that are like train wrecks that you can’t look away from, but that your brain, in self-defense, just refuses to process.

I will be endeavoring to not put anyone through that, but I can’t promise anything. To clarify what I will be going for instead, I have compiled the following short list of topics that you can expect to hear about in upcoming posts of mine:

1. Digital art vs. traditional Art
2. Narrative-driven Illustration
3. Mallard Bating
4. Modern tank warfare
5. The most mind-blowing images I have seen in my life and why they rock
6. The practice of being awesome every single day
7. A new process for taking a digital comp to finished oil painting
8. A realistic plan for the invasion of Mars

(Note: While, I am still rather new to #6, the other contributers here at Muddy Colors are not. They are all long-time veterans of it, and I hope to absorb by proximity some of what makes them and their work awesome every single day.)

I have been involved in the last few years in an ongoing campaign to learn how to paint in oil. When I began working in illustration I worked exclusively in digital. (I was raised largely by video games and digital art is just a next logical next step.) The (digital) work I have done in the past has been featured in Spectrum and seemed well received. Clients were calling and I had plenty of work at the time. Sounds good right? So you may ask, why on earth would I go through the hassle of learning an entirely new medium when I had a perfectly good one right there? Am I deranged? Did I wreck into a tree once when I was a child and damage my brain? Well, maybe; I did hit the tree, and I did hit it with my head. But the truth is that I was after something in my work that I simply could not achieve working digitally. And as much as I enjoyed working digitally, (I love it actually) there was always something that was missing in the final product. And when I looked around at the people whose work I admired the most, (Many of which happen to be here on this blog) I realized that they were achieving this very missing element by working traditionally.

I realized that if I wanted to paint images like that, maybe I ought to stop trying to force digital to try to be something that it wasn’t, and just learn how to paint traditionally.

Along the way I have stumbled on some good techniques and many terrible ones, and I learned a lot about the powerful effects possible when combining digital and traditional media to create an image. I also discovered what I feel to be the true strength of digital art and the best way to use it. I hope to share these things in later posts.

This campaign of trying to master oil will be the platform for the posts that I will be contributing to Muddy Colors. Hopefully this will result in something interesting for our readers and also helpful for illustrators who are also learning about the process of visual storytelling. And hopefully it will not drive anyone to self-immolation. 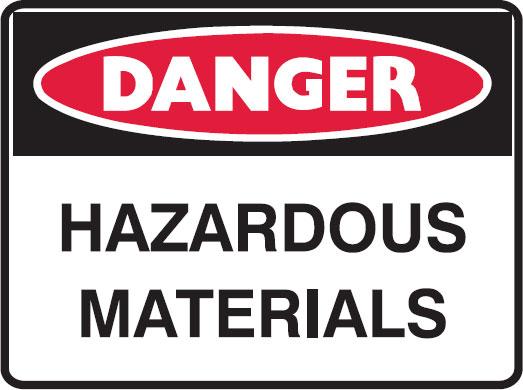 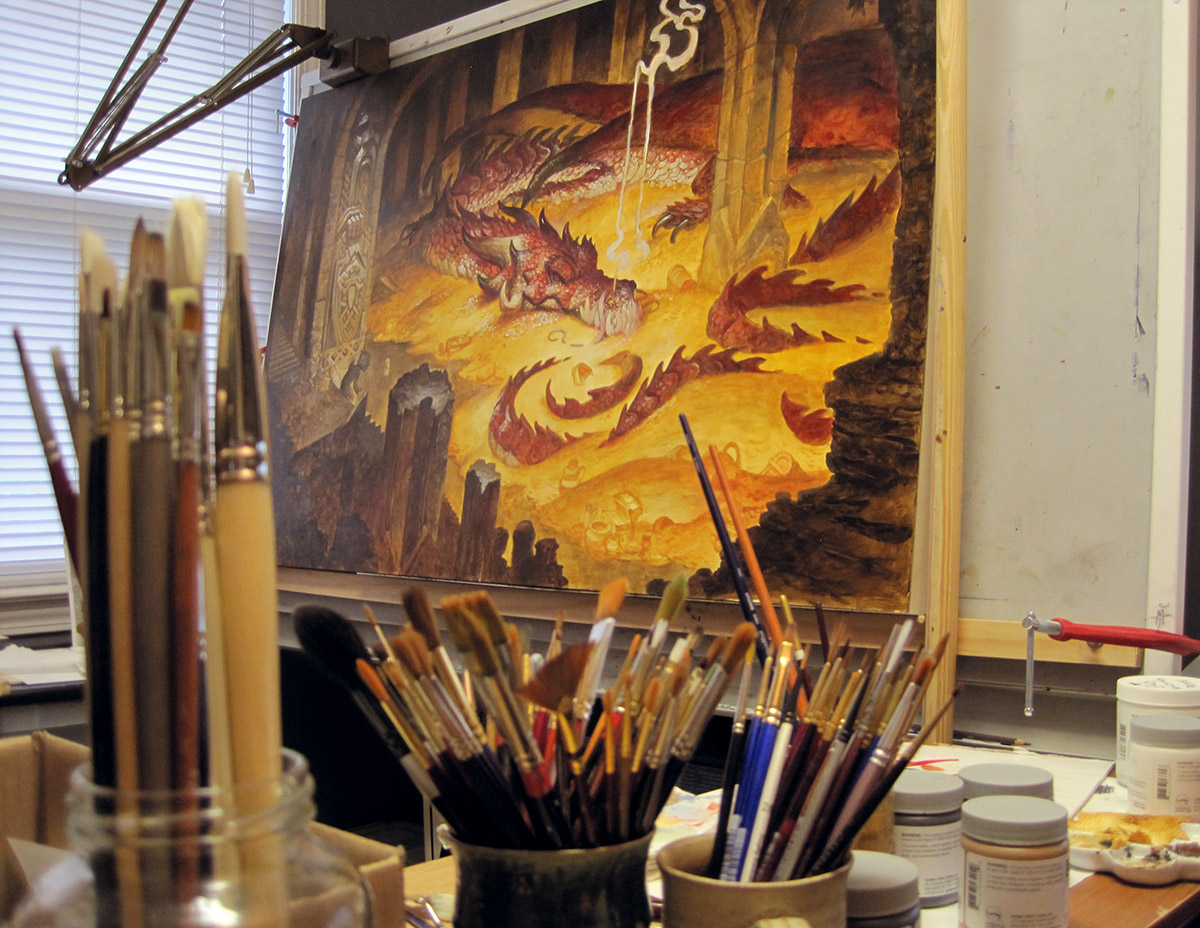 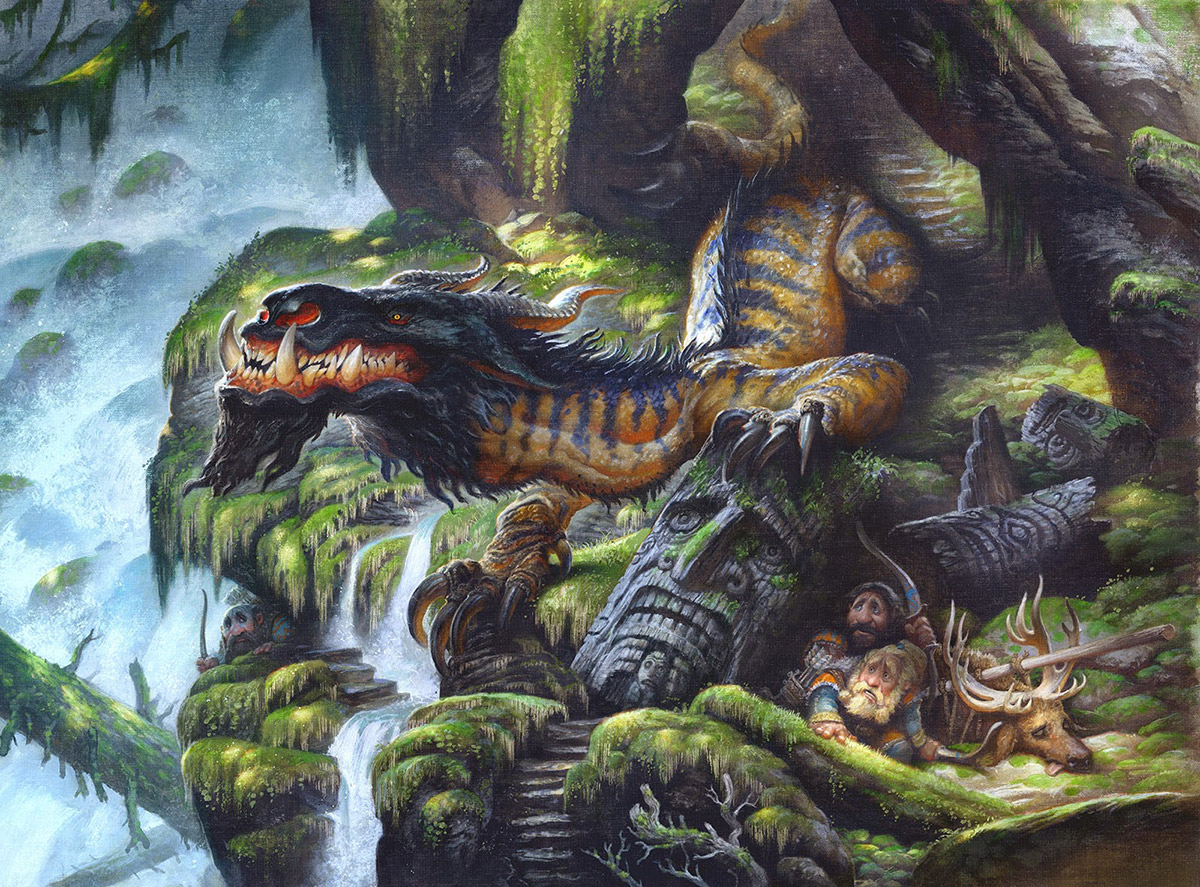 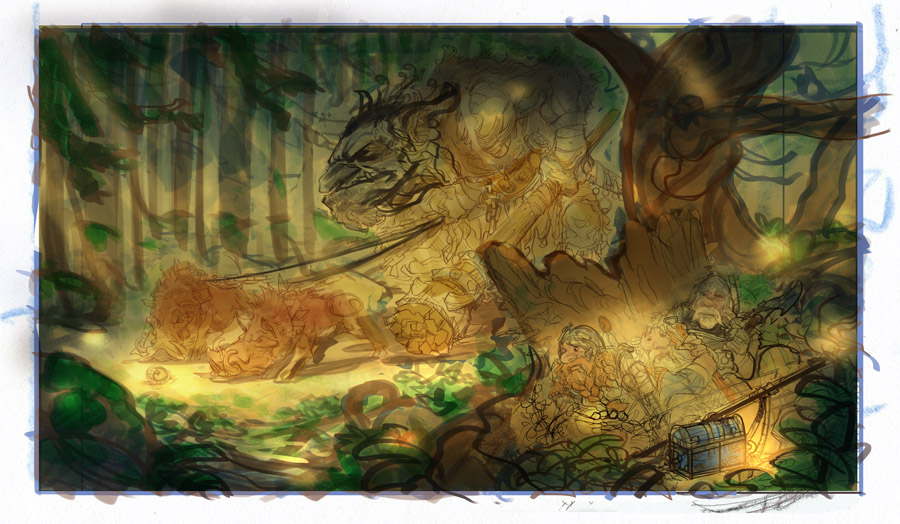