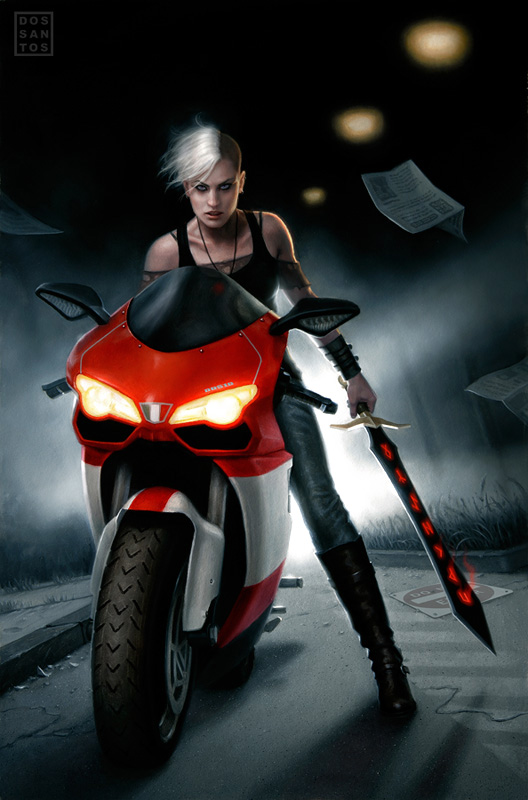 I painted this image what seems like ages ago, but I’m just now getting around to share it. In mid-2010 Irene Gallo of Tor books commissioned me to paint the sequel to ‘Black Blade Blues‘, entitled ‘Honeyed Words’. My schedule was pretty full, and so even though I couldn’t get the final painting done in time for catalog, I did have enough time to do a really refined sketch. The catalog, by the way, is what the publisher sends out to book buyers (like Barnes & Noble) to facilitate them in ordering upcoming books. The images within are usually black and white and just a few inches tall. However, to list a title without an image is sales suicide, which is why Art Directors often need covers painted way before a book is released, or sometimes even written.

I submitted the sketch seen below to Irene. This is much more refined than what I would usually submit in the sketch phase, but because the the image was be used for catalog, it needed to pass for a final painting. 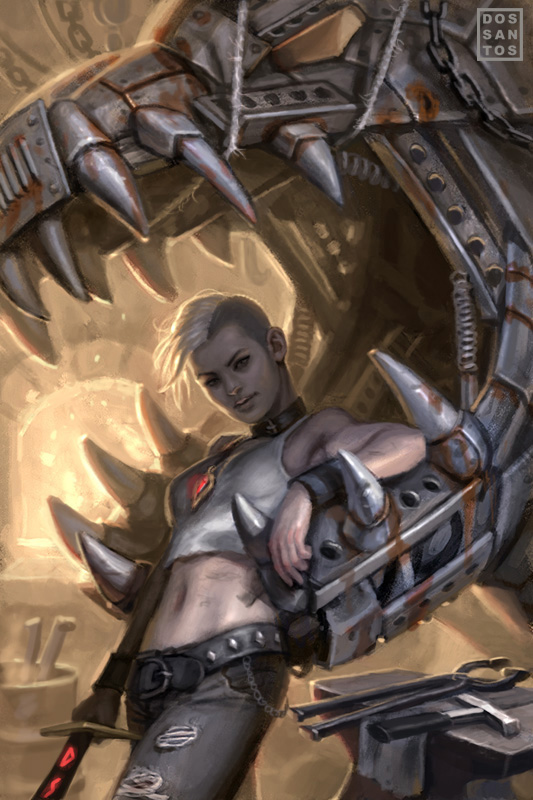 Irene liked the sketch, but ultimately decided it wasn’t appropriate for the book. The dragon sculpture was reading like a robot, and she felt it gave off a Sci-Fi vibe rather than Urban Fantasy. It’s a shame, because I really loved the sketch. I did set aside the concept however, hoping I could re-purpose it some time in the future. A few months later THIS job came along, for which I was able to use a similar idea. As for the job at hand, I did 2 more sketches, specifically taking Irene’s advice about showing the heroine on a Ducati motorcycle for one of them. She approved said motorcycle sketch, and I was off.

Knowing that the motorcycle was going to be front and center meant I needed really good reference for the piece. Things like motorcycles are just something you don’t want to make up, especially when the specific make and model are mentioned in the book. There are just too many nuances in something like that to believably paint it from your head, unless you are intimately familiar with them. I tried Google images, but there just weren’t any pics at the extreme camera angle I needed.

Now I don’t know a whole lot about Ducatis, but I knew enough about them to know that they weren’t cheap, and that no one in their right mind was going to let me ‘borrow’ theirs… so I went on the hunt. There was just one Ducati dealership in all of CT, and they didn’t have that model. I searched around on Craigslist, hoping to find someone who was selling one, and that I could simply photograph it, but no such luck. Finally, as a last ditch effort, I decided to stop in to a custom paint shop just around the corner from my house. I know I had seen motorcycle tanks hanging to dry in the windows before and thought it was worth a shot. I walked in, and in an odd twist of fate, there before me was room FULL of Ducatis… just a 1/2 mile from my house! The shop’s owner, an artist himself, called a guy he knew with the exact model I was looking for, and within 24 hours I had it in front of my lens. The bike’s owner was so enthusiastic about his bike appearing on the cover of a book that he was happy to let the model actually pose on it. I was a bit reluctant, (knowing the custom paint job alone costed thousands of dollars), but there was no way I could turn down the offer. He even lent a hand, assisting me in the shoot. A super big ‘thank you’ to Bob, the owner of the Ducati, and Shaun of CCR!

The shoot was successful, and fun. With the best possible reference in hand, I went about painting the final. The actual painting measure 20×30 inches, and is oils on board. I submitted it, and had no revisions… likely because I was pushing the deadline so hard that there was no time for them! Below is the cover with final type the treatment. 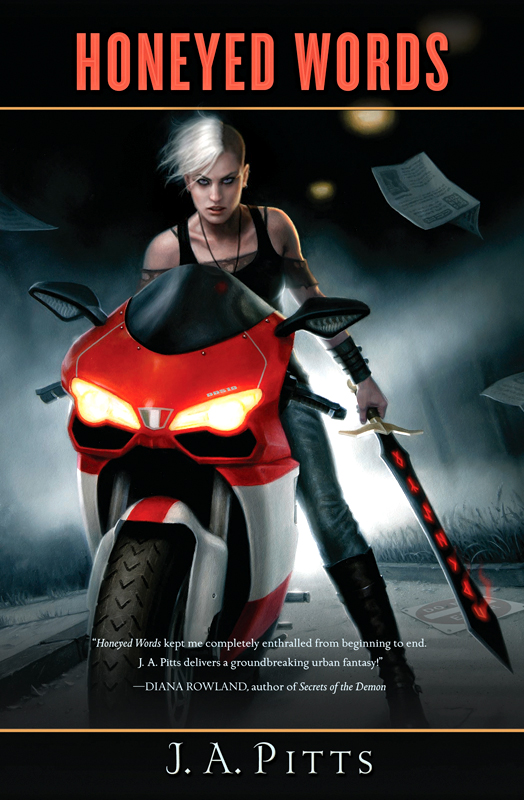 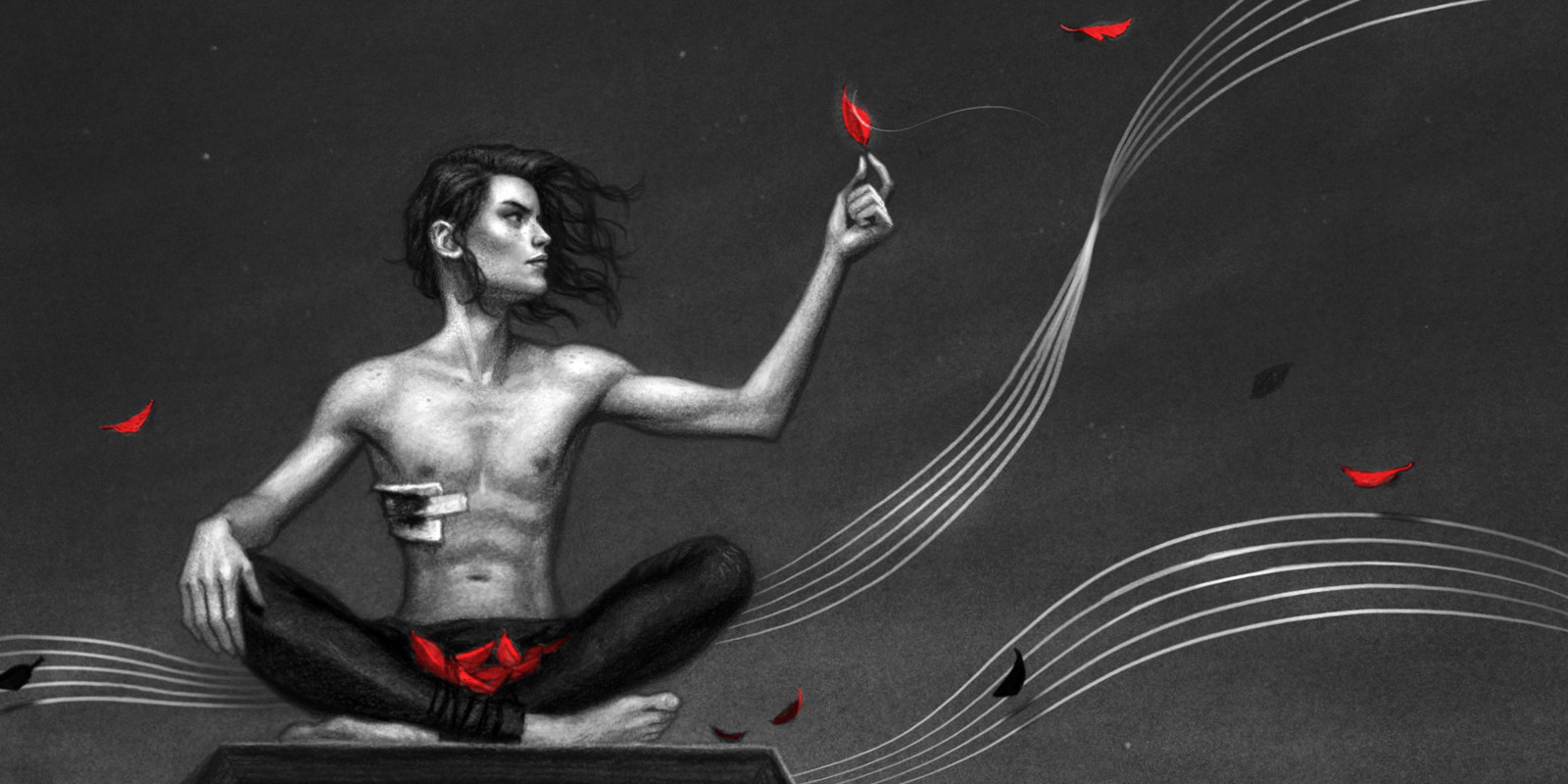 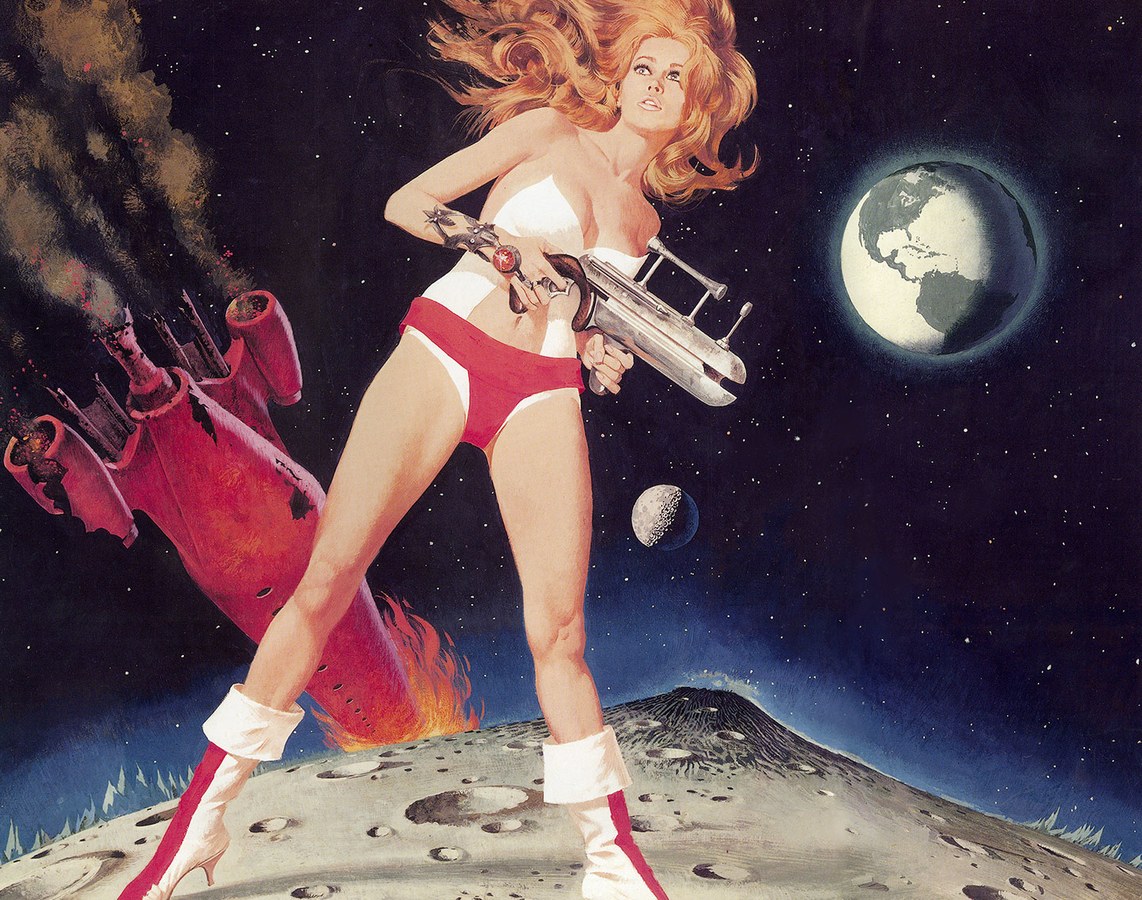