I’d been a big Todd Schorr fan from first seeing his work in Juxtapoz and thought how cool it would be to try and translate his work from 2D to 3D. I can’t remember how we actually got together. I have a vague memory of writing him a series of fawning, slightly embarrassing emails and sending him pictures of my work. He was going to be participating in a show at the Jonathan Levine Gallery, premiering his new painting, Under Autumn’s Tentacled Spell and offered me the opportunity to create a 3D interpretation. After I picked my jaw up off the floor, I agreed.

Paring down the imagery to its essentials while capturing the mood was the first challenge. I needed a pool from which the main character rose and some kind of rocky landscape on which to place the bongo playing skeleton. I’d have a better idea of how that could work when I had the characters. So, onto the demon head. I thought it would be better to rough out a full head and then lose what I didn’t need rather than to try and anticipate the truncation.

With the clay approved, I made a waste mold for a wax for finish work. Only when I had it done did I edit the head. I’d add the horns later. 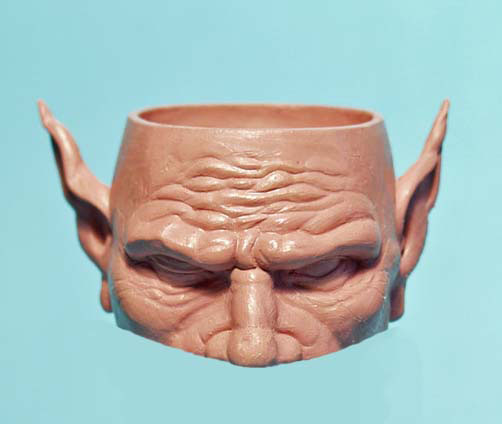 I worked the Jack-O-Lantern in clay, made a waste mold and slush poured the wax until I got a even thickness, cut it at a seam and worked both halves to finish. With a resin casting, I started roughing out the tentacles. The tricky part was making sense of the way Todd designed the tentacles in 2D to3D. They had to mirror the money view and still work as a piece in the round. The octopus is wearing a disguise and so we had to be able to see him up into the pumpkin and through the mouth which meant the Jack-O-Lantern would need to be a two part piece assembled over the octopus unit. 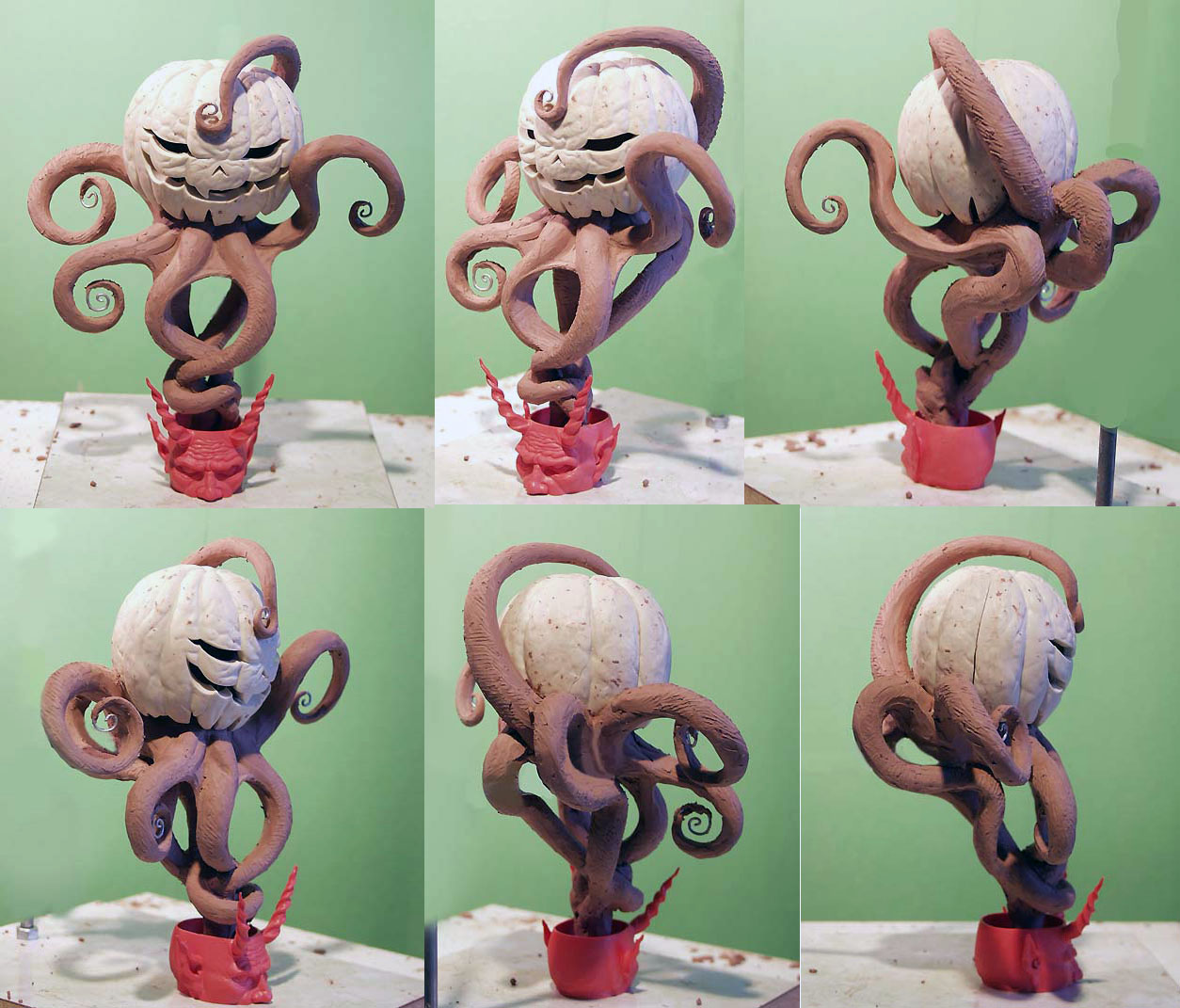 With the clay approved, I started wax work on the octopus. Working a piece like this, half way through, you start thinking of ways not to have to sculpt all those damned suckers. Maybe I could make a master tentacle and bend it into various shapes? Maybe I could sculpt a master sucker section, cast a flexible silicone part and integrate that into the various tentacle sections? Or, maybe I’d have to drink enough coffee to float a kidney and do it the old fashioned way, sculpt each mother loving sucker one at a time. 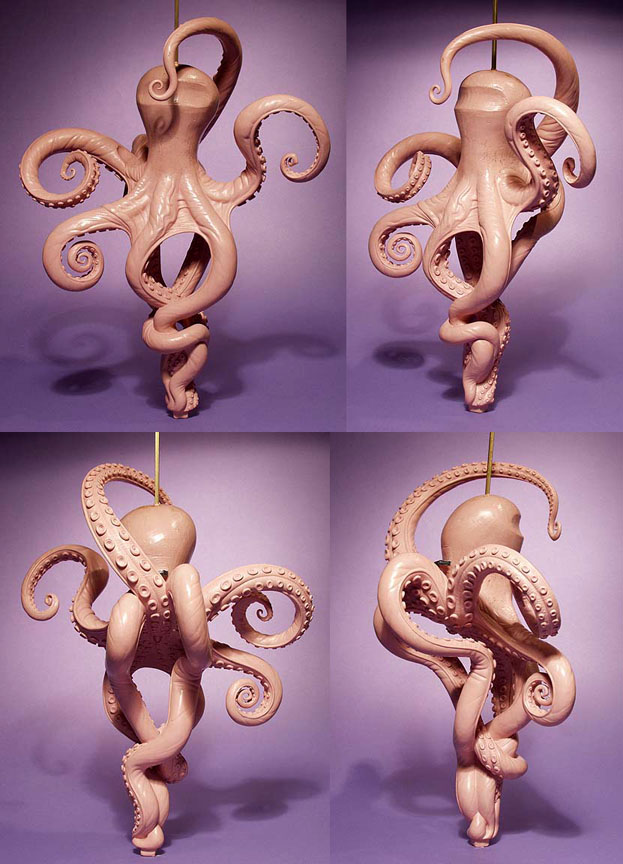 The Octopus character was made up of twelve pieces once all the tentacles were separated and the eyeballs and vine/twig added. 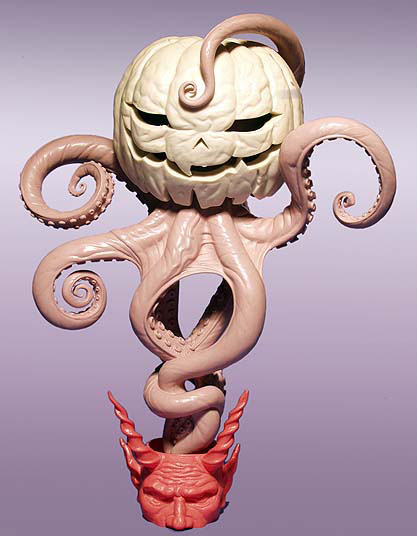 Next, Bongo Boy. He was the most fun and the biggest challenge. Ten parts later, I had him molded and cast.

I played with various faux bronze finishes. I’d anticipated a medium toned bronze that could be patinaed darker in select areas. I’d always seen the pool as being high polished. I did a test on a Jack-O-Lanter half, got Todd’s approval and prepped the piece by giving all the elements a coat of bright gold I could tone down with washes. 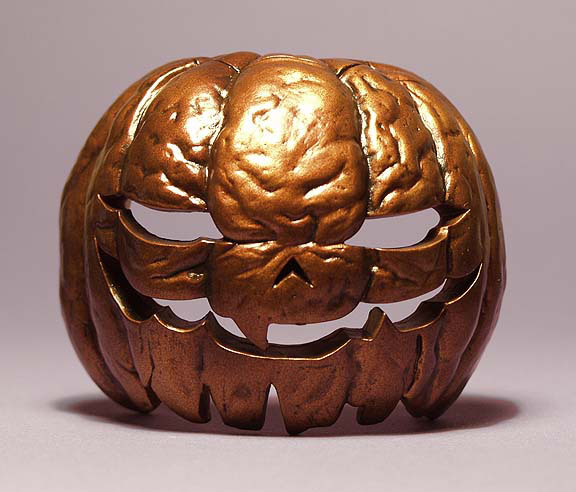 I had my good friend and neighbor, Doug, build a wood base on which to mount the finished statue. I sent the piece to the gallery in sections and assembled it on the floor the day of the show. 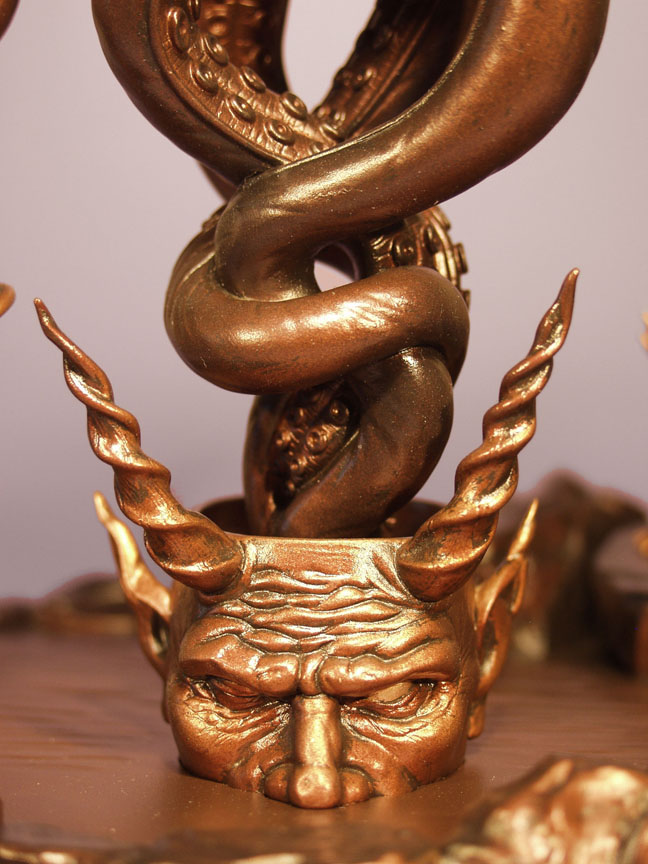 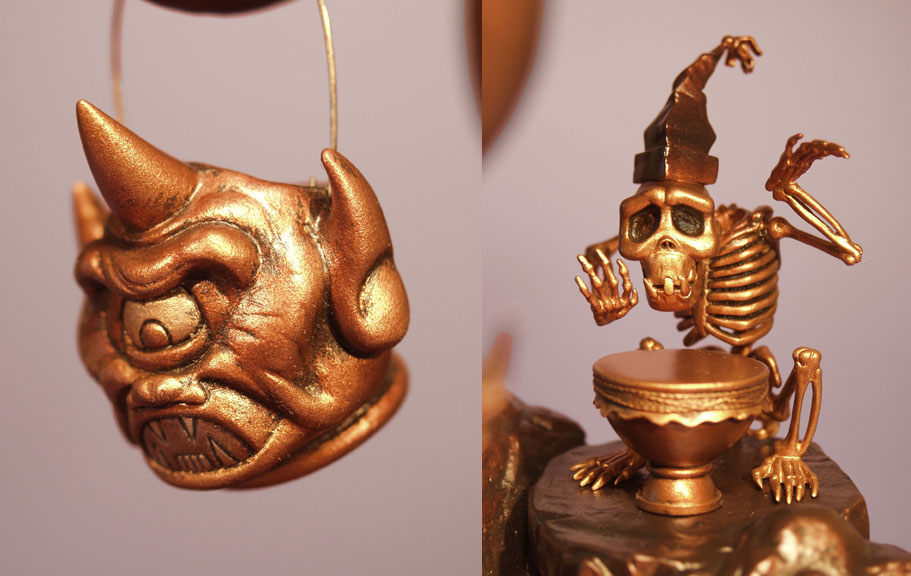 It was a great evening. I met some amazing people and caught a glimpse of life in the art world heretofore unbeknownst me to. The piece got a great response and orders were taken and I was guardedly optimistic to be exploring another facet of my career… if things would have gone differently.

For some reason, it took the assigned foundry almost two years to finish three. I got one. Todd got one and the gallery sold one. By then, the blush had gone off the rose and the project was abandoned.
Still, I got to work with the brilliant and patient Mr. Schorr. And life went on. 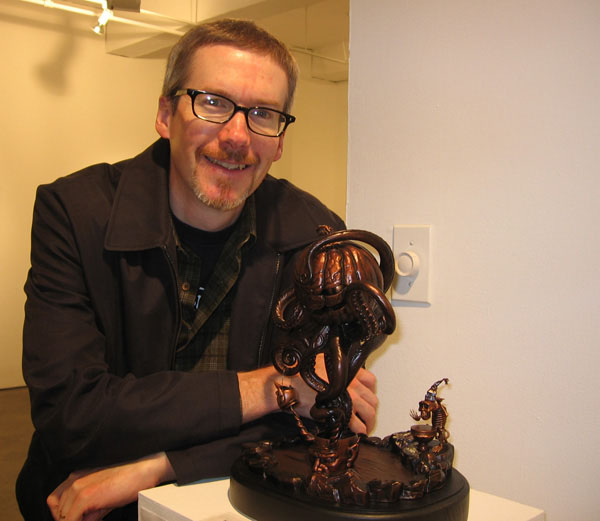 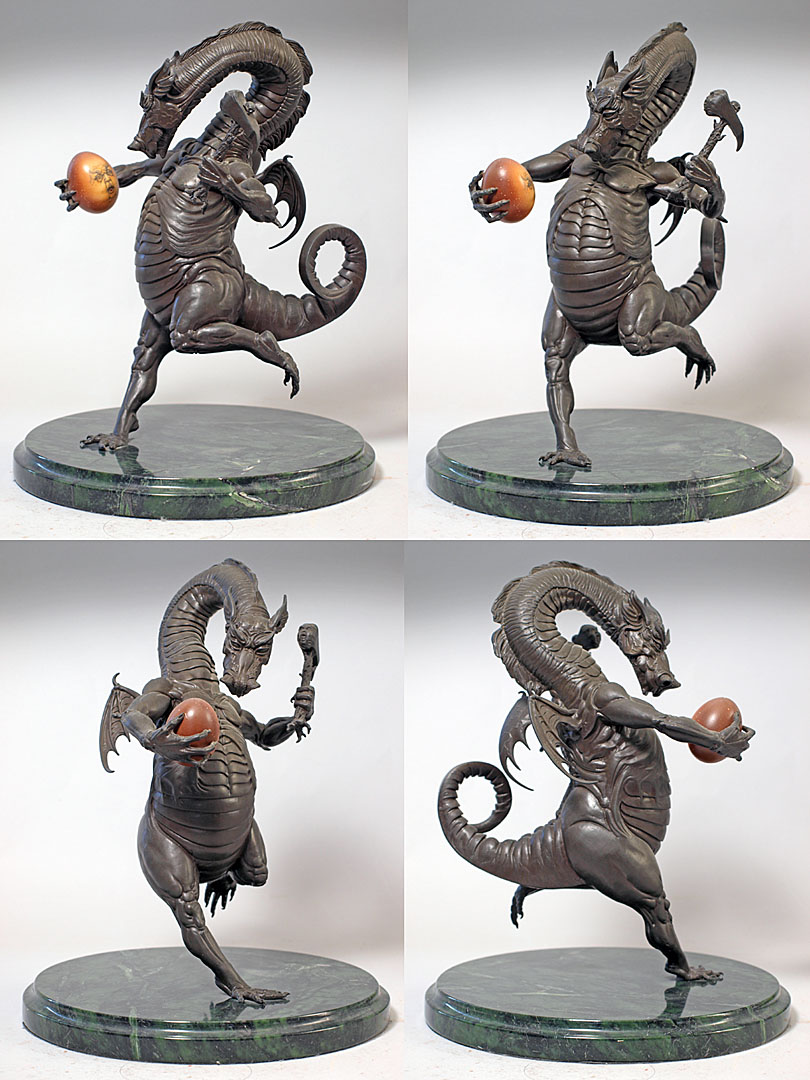