I’ve painted quite a few of these covers, but they’ve always depicted the male lead as a wolf.  I had yet to paint him in his human form, so it was really nice to finally give him ‘a face’, and delve into his specific character a bit more.

My friend Eric Fortune, who was visiting me for a while, was kind enough to pose for me. Thanks to the wonders of Photoshop, it wasn’t too difficult to make a Vietnamese man look Native American. (I just went into Filter > Stylize > Ethnicity, and pushed the slider to the right little). 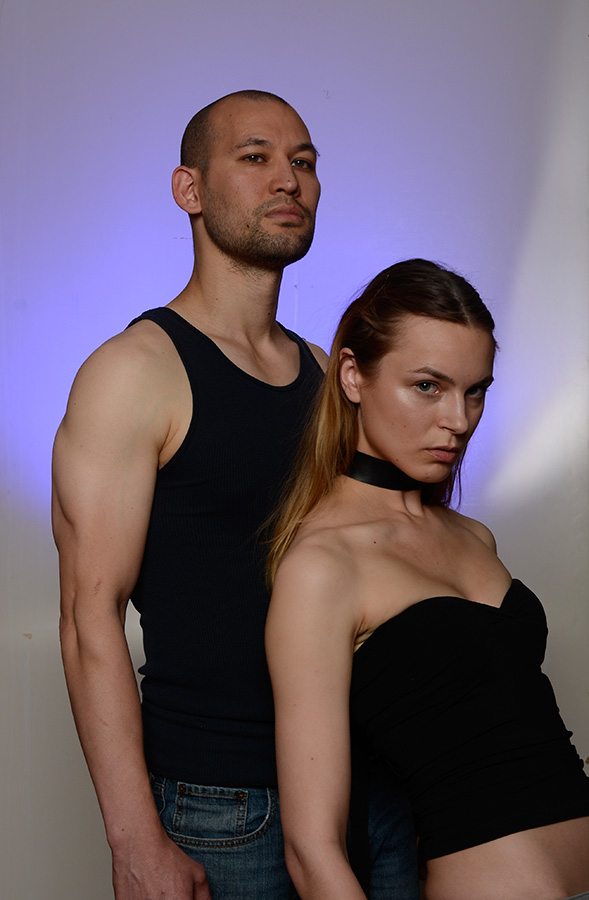 This piece was actually a bit unusual for me. Instead of using my typical medium of oil paints, I decided to do this piece primarily in airbrushed acrylics and colored pencil. It started off the same, a pretty solid pencil drawing and some washes of color. 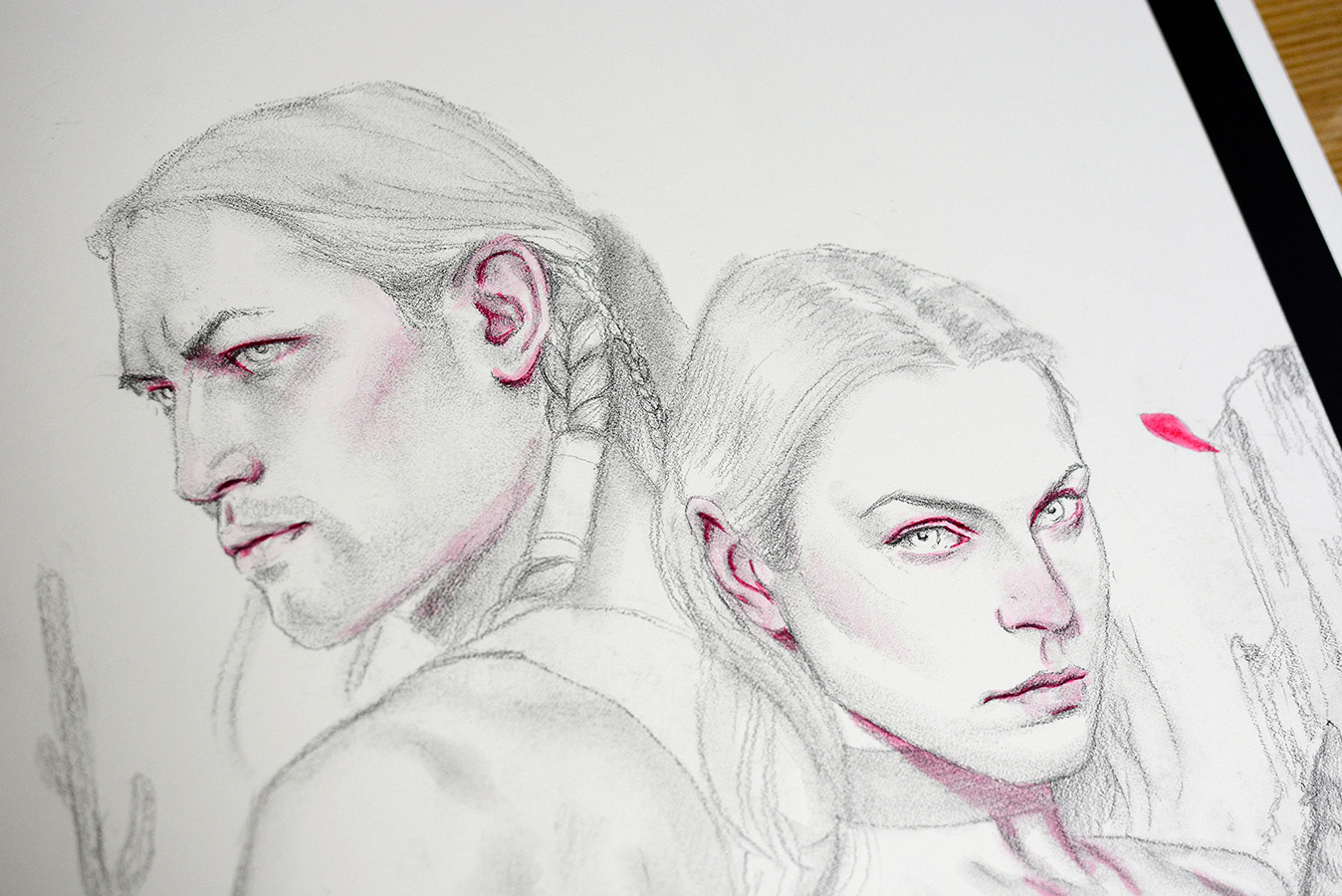 I then made a frisket using a few sheets of tracing paper and spray glue. I placed it on the painting and carefully cut around the figures using an X-acto blade (being extra certain to not cut too deep into the board). I removed the background portion of the frisket and airbrushed in all of the sky. 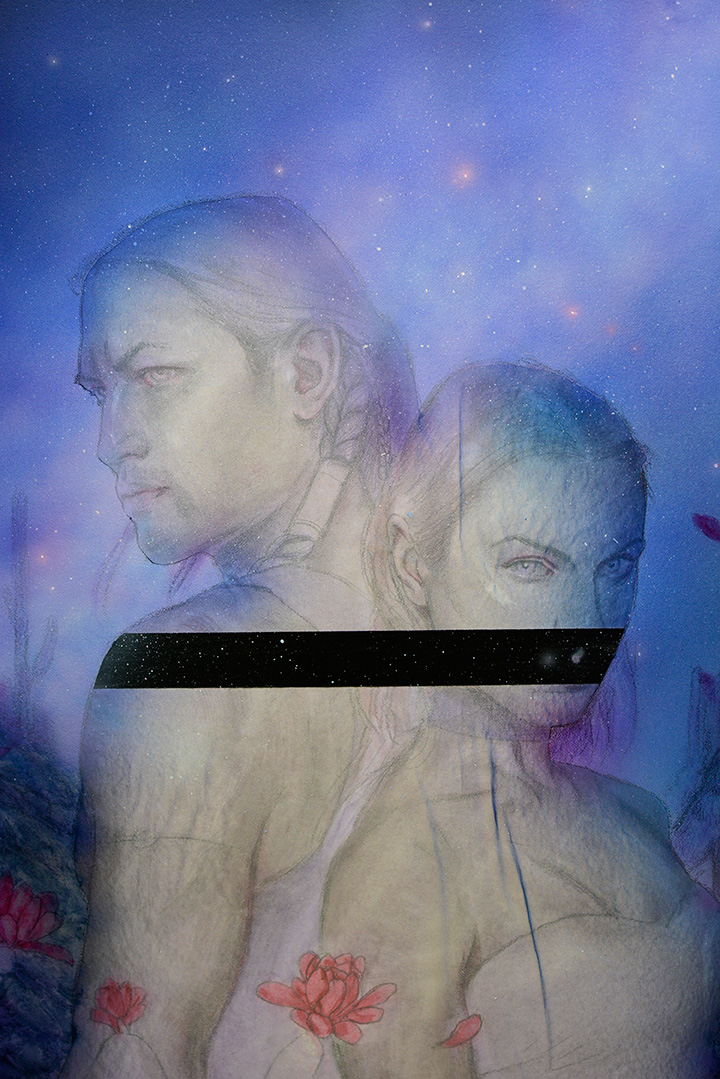 I then removed the frisket over the figures, and put the previous frisket that I saved from before back in place over the background. I could then airbrush some basic colors into the figures without messing up the sky. 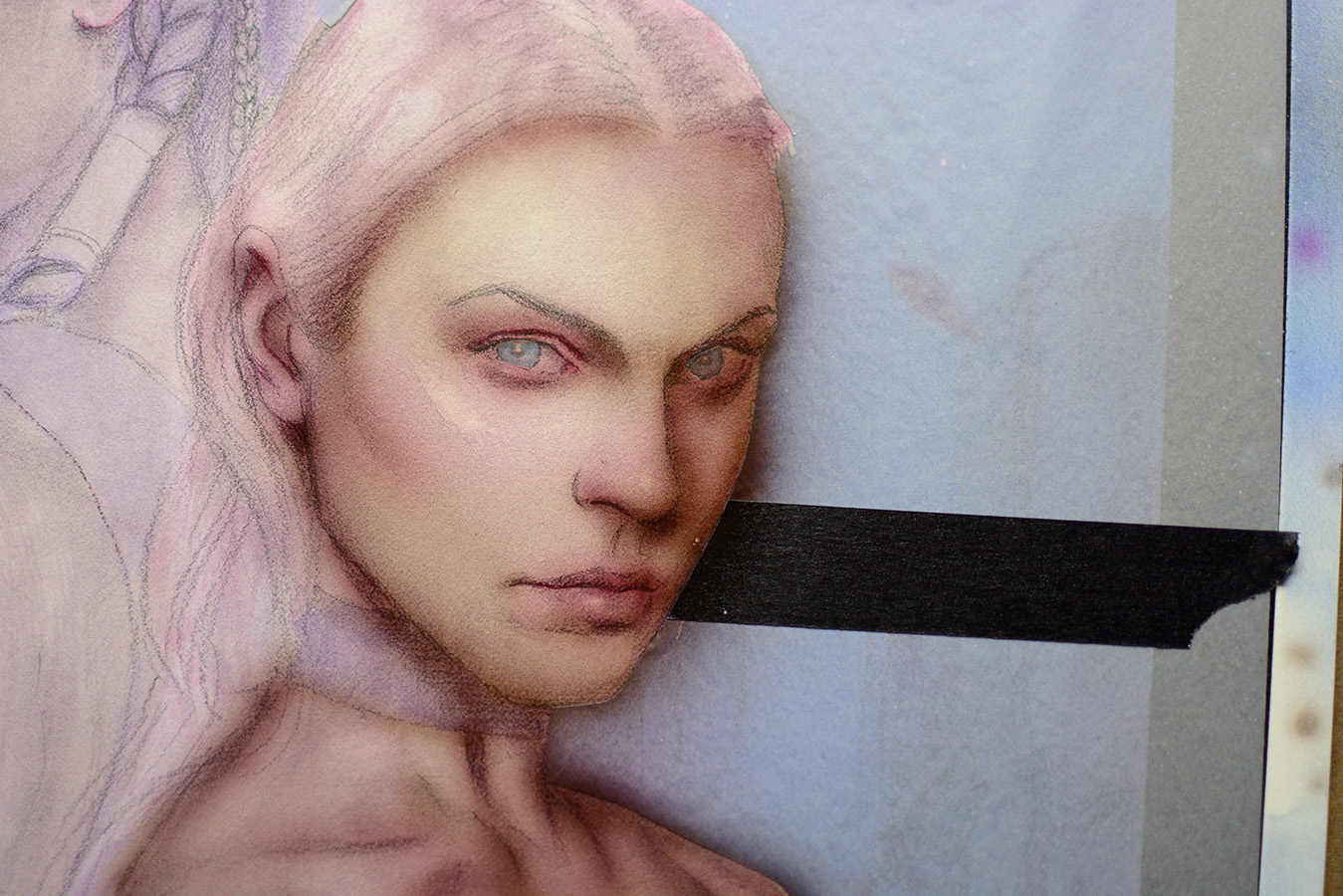 Once I removed all the friskets, the picture honestly looked pretty completed. The rest was mostly a ton of colored pencil to modify the form and soften some edges. After I pushed the colored pencil as far as I could, I did a little bit of glazing in oils to deepen the shadows and smooth some forms on the figures. The cacti were painted entirely in oils.

The piece went through a few revisions, mostly to remove the facial stubble from the guy in order to make him look more Native American (which was pretty simple to clone out digitally). Once approved, the cover got it’s type treatment from Art Director, Judith Murello. 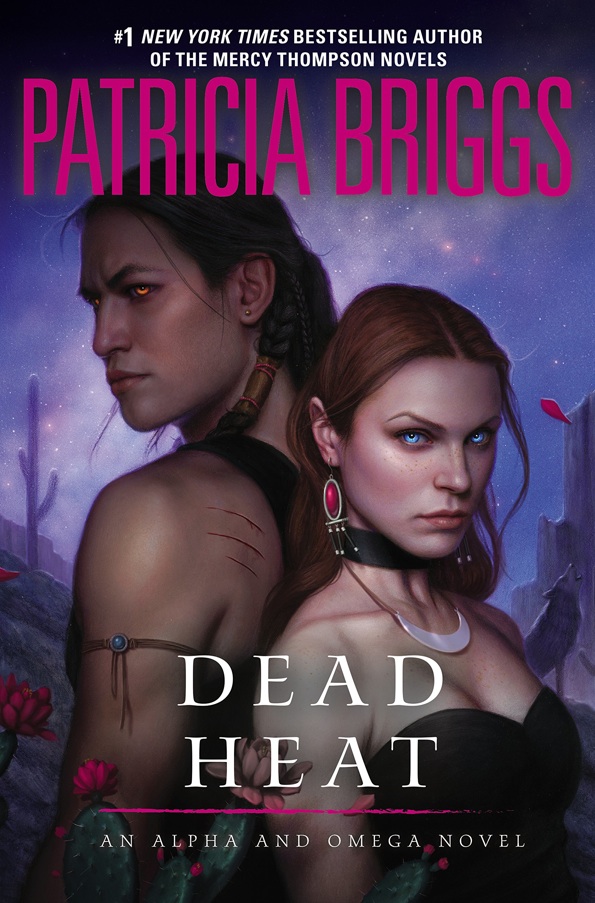 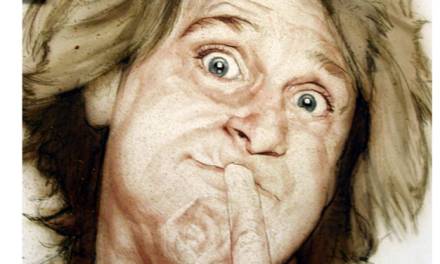 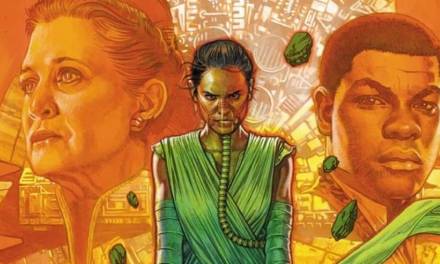 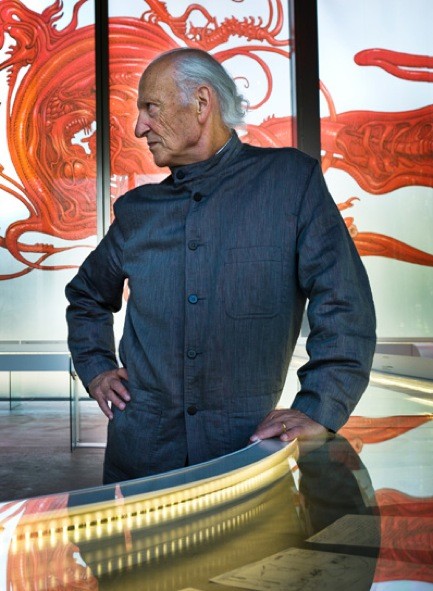 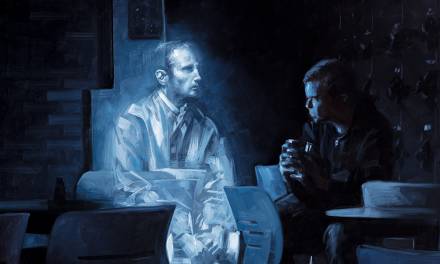