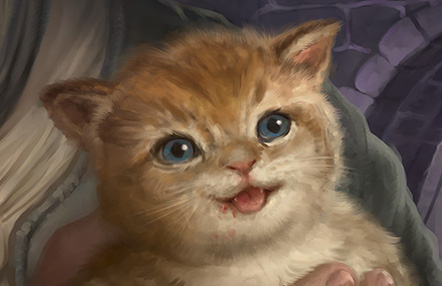 A few more of my Magic: the Gathering cards have been revealed from the Eldritch Moon release so I can share them here now along with some process gifs.

At first I was going to make the cat seem perturbed or unsure about being handed off, but given the changes to his anatomy and the mood of the setting I thought it would be creepier to make the little guy happy. 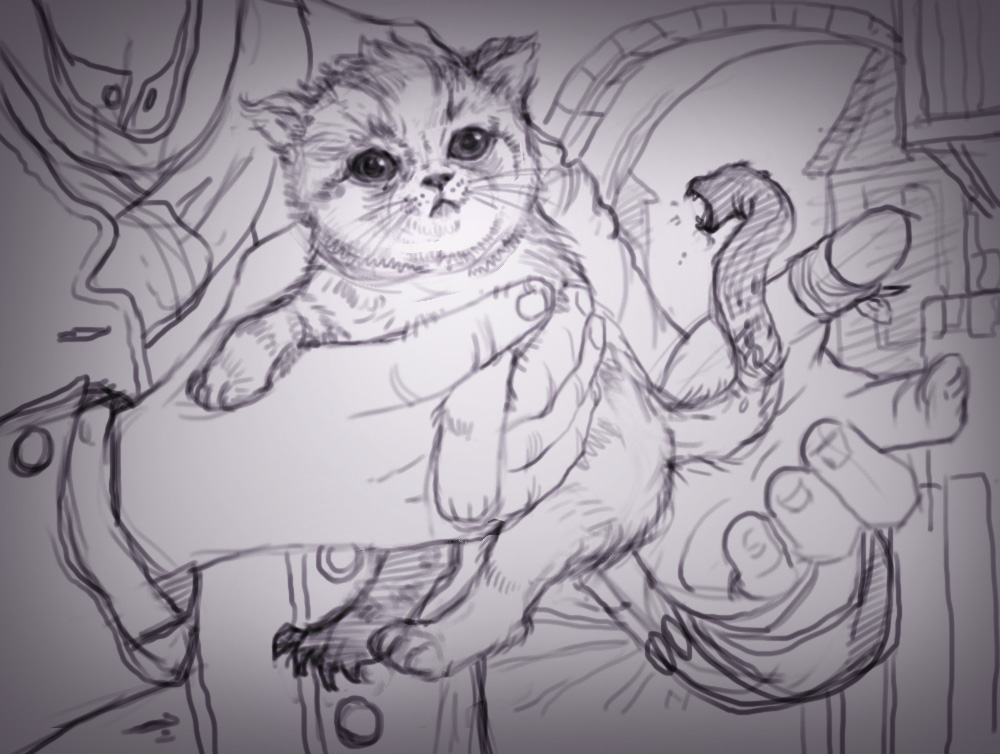 Here is the final image.  At first glance it might seem all is well (especially at card size) but on closer inspection you see the bandaged hand, the tail and foot and then the blood around the mouth and the spot where it sunk it’s cute little fangs into the human’s hand and developed a healthy taste for human.

Here is a process gif showing some of the painting steps.

Grapple with the Past.

I don’t want to say too much about this card because I think the story is best left to your imagination. 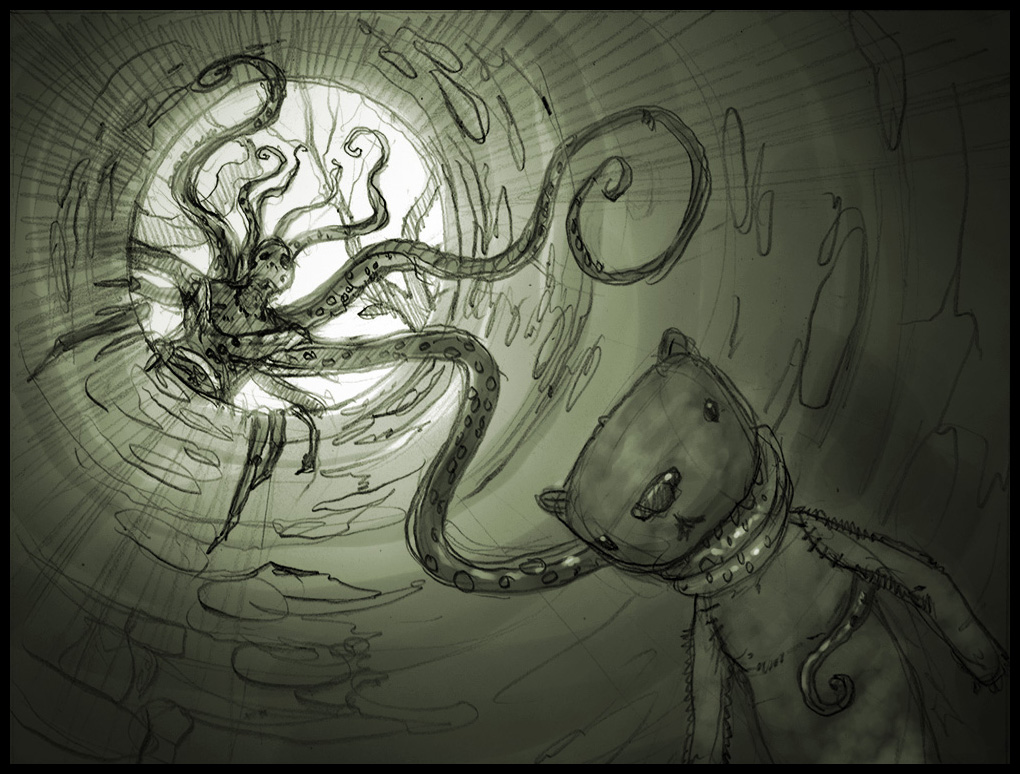 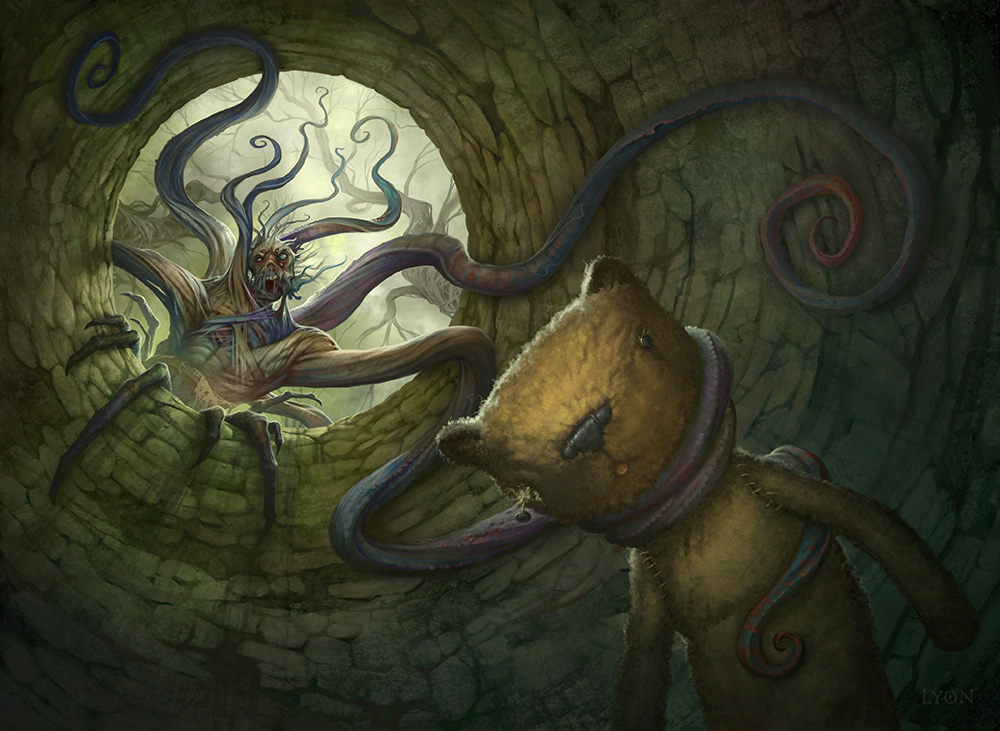 If you follow Magic this might seem familiar.  This card is shown from the same vantage point, in a well, as a previous card of mine, Make a Wish.  The little girl holds the teddy bear, shown above, and casts a coin into the well, maybe wishing against some future fate… 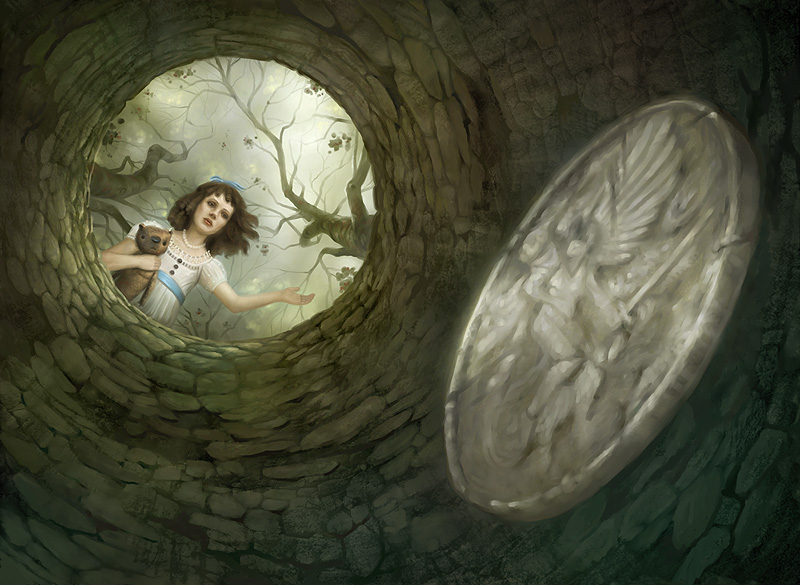 Here is a process gif: 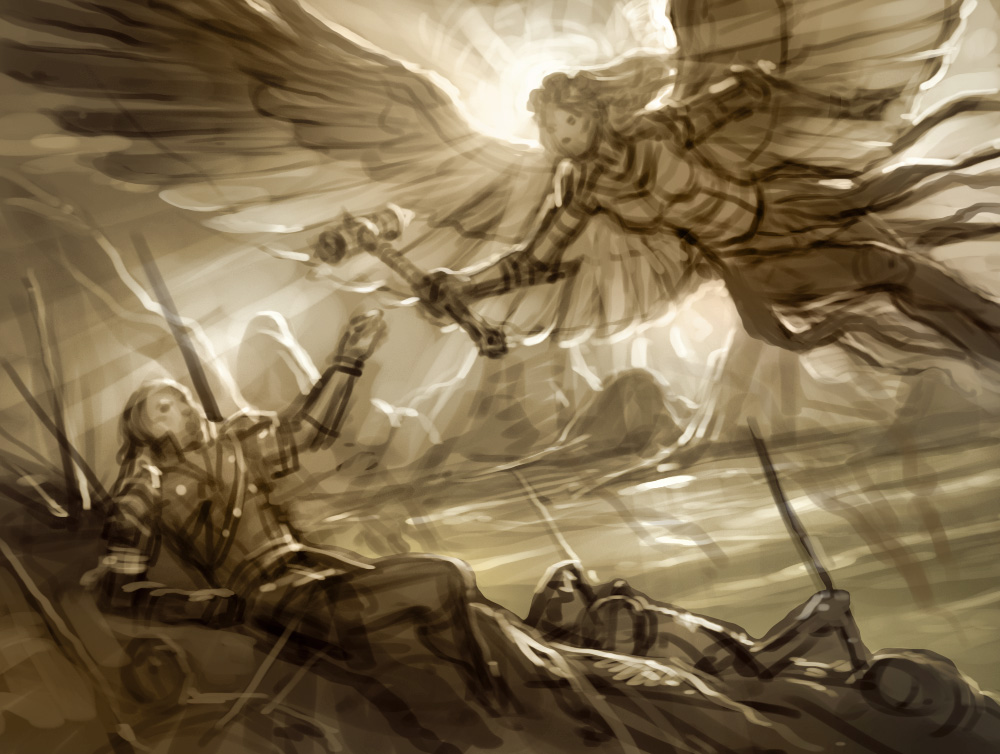 I wanted the card to evoke thoughts of the creation of Adam scene from the Sistine Chapel.  My thought with this was to echo the idea of a divine gift being given, a heavenly being reaching down to give some life-giving, or life-saving gift.

Here is the final: 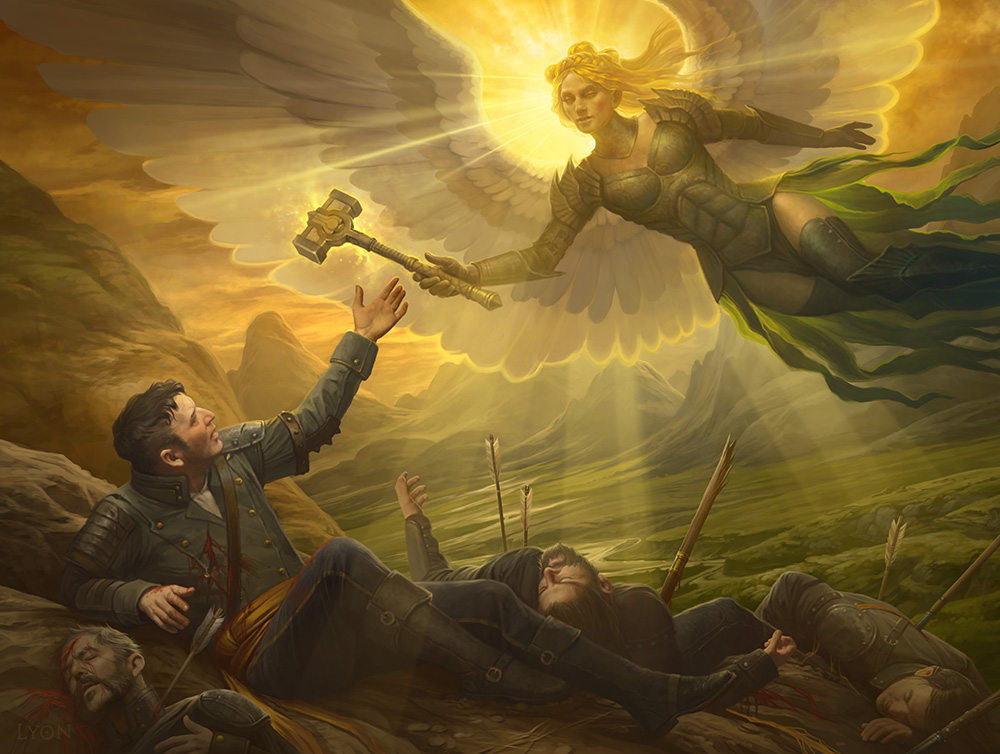 and a process gif: 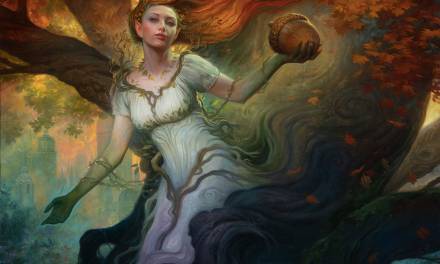 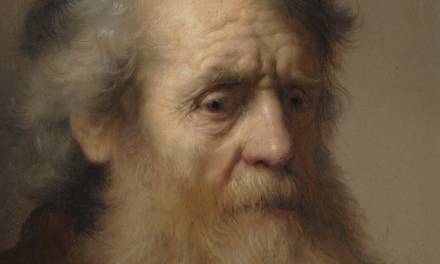 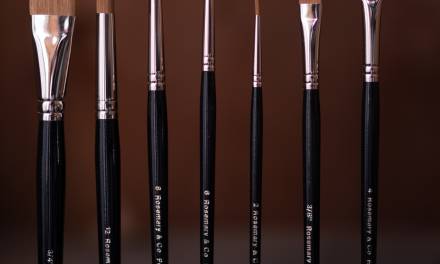 The Brushes I Use 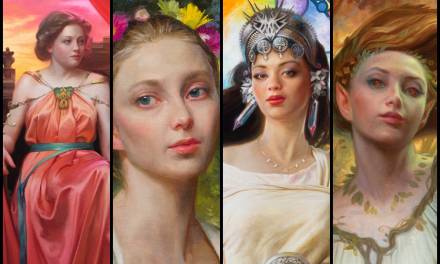