I think a simple truism about being an artist is that, regardless of stature or status, regardless of the number of years spent sitting at the table, easel, or monitor, regardless of degrees from universities or from the School of Hard Knocks…you’re always something of a student. And always will be.
As an artist, you’re never (or should never be) entirely satisfied with “where you’re at” and, essentially, are always practicing—striving—to get better at the craft. Every doodle, every scribble or sketch is part of the process, part of being an artist. It doesn’t stop: you’re always experimenting and exploring and observing and thinking. You’re always trying to learn or master techniques; you’re always studying color and composition and light and gestures and character and, above all, anatomy. Regardless of personal style or career direction, the ability to draw a convincing human figure is truly the core of being an artist. Continuing to practice at it helps artists maintain their visual and spatial abilities: it’s almost a form of calisthenics of skills. Every time the model moves their arm or tilts their head, every time they change their pose, there is something new to see, to understand, and to learn.
And, because drawing the figure is fundamental, successfully communicating with and connecting to an audience as a creator—whether the approach is realistic, distorted, cartoonish, or abstract, whether the subjects are people or animals or monsters or landscapes—rests firmly on that foundation. It is the beginning for anything you want to do artistically. As Donato said in his post last year on MC, “I find that life drawing is an important way to reconnect with the main subject in much of my work, that of the human figure. The varied forms of expression and the enlightened discovers which occur while drawing helps to fuel my imagination and inform my eye as to what is possible for shape design within characters.” 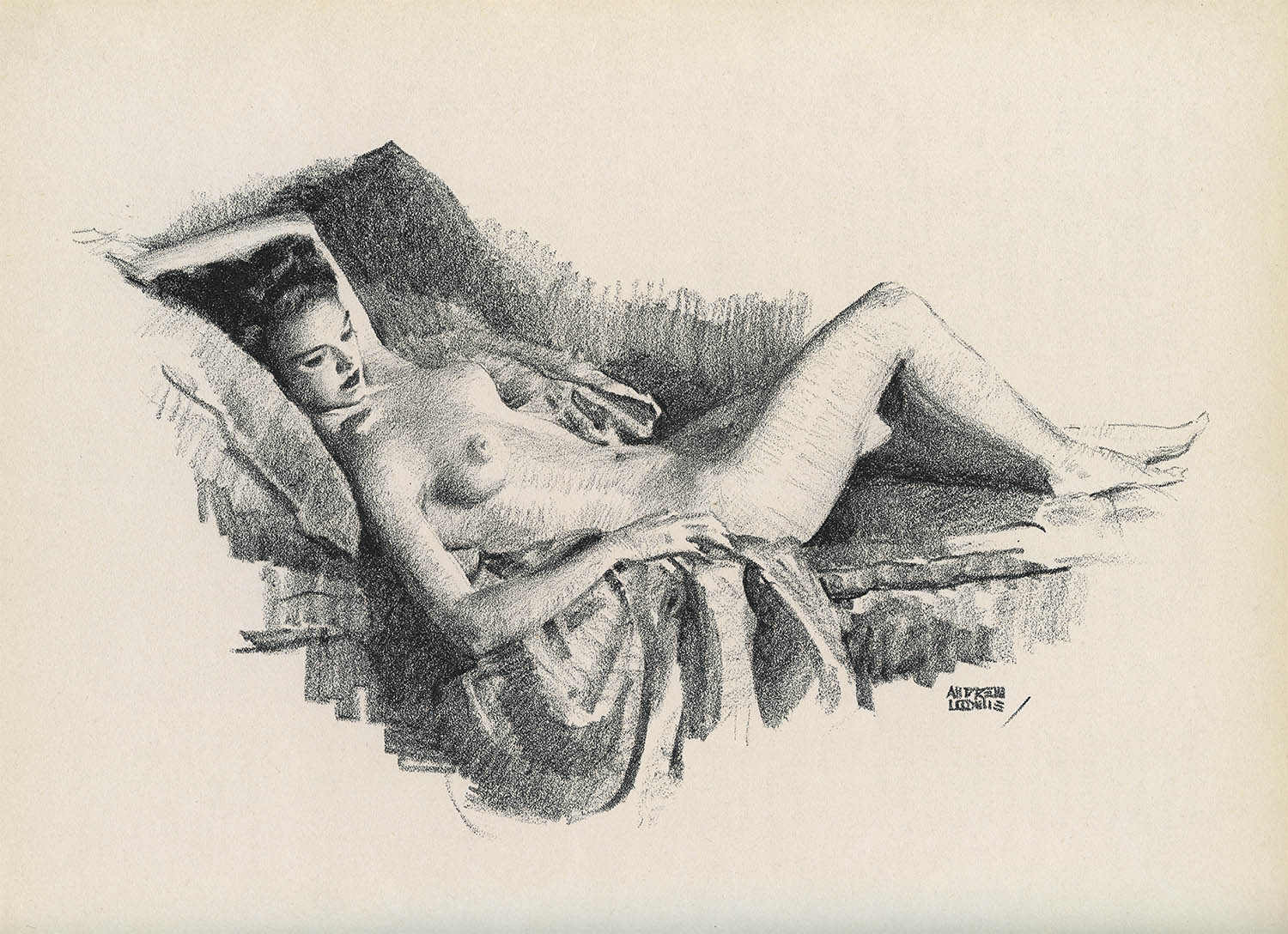 Above: A figure drawing by Andrew Loomis. 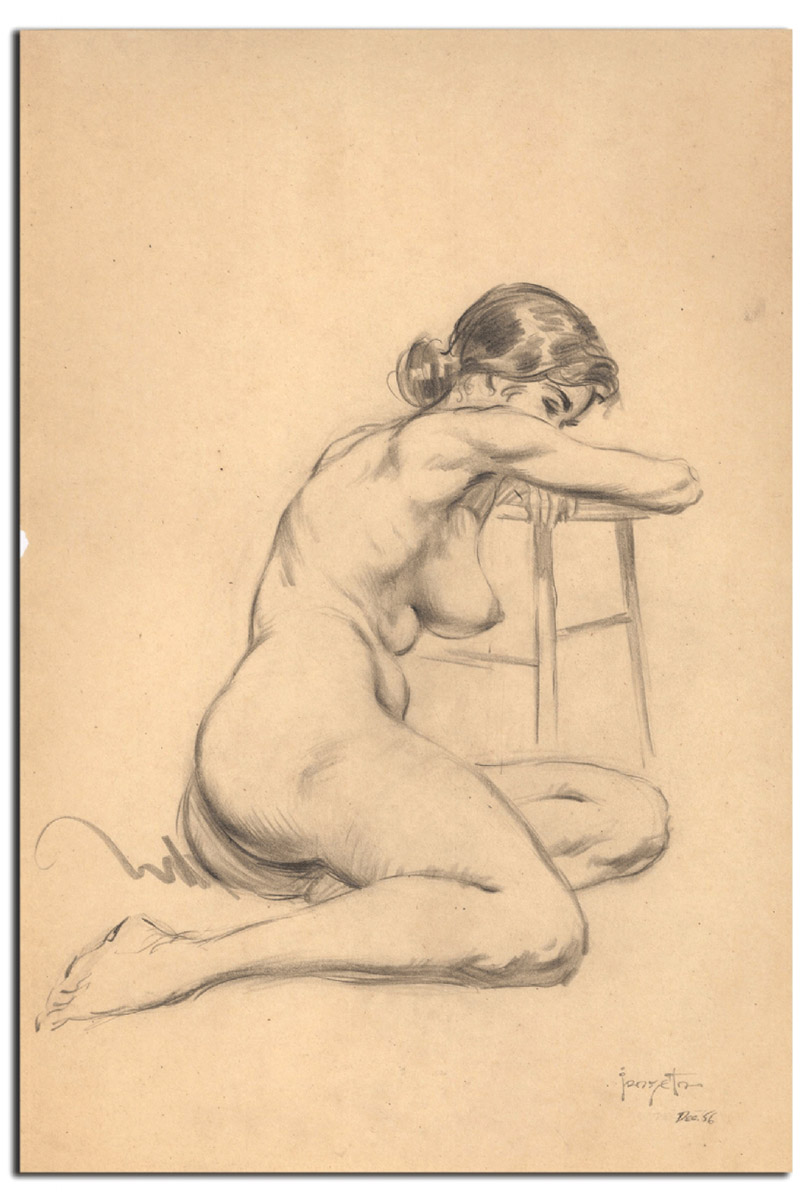 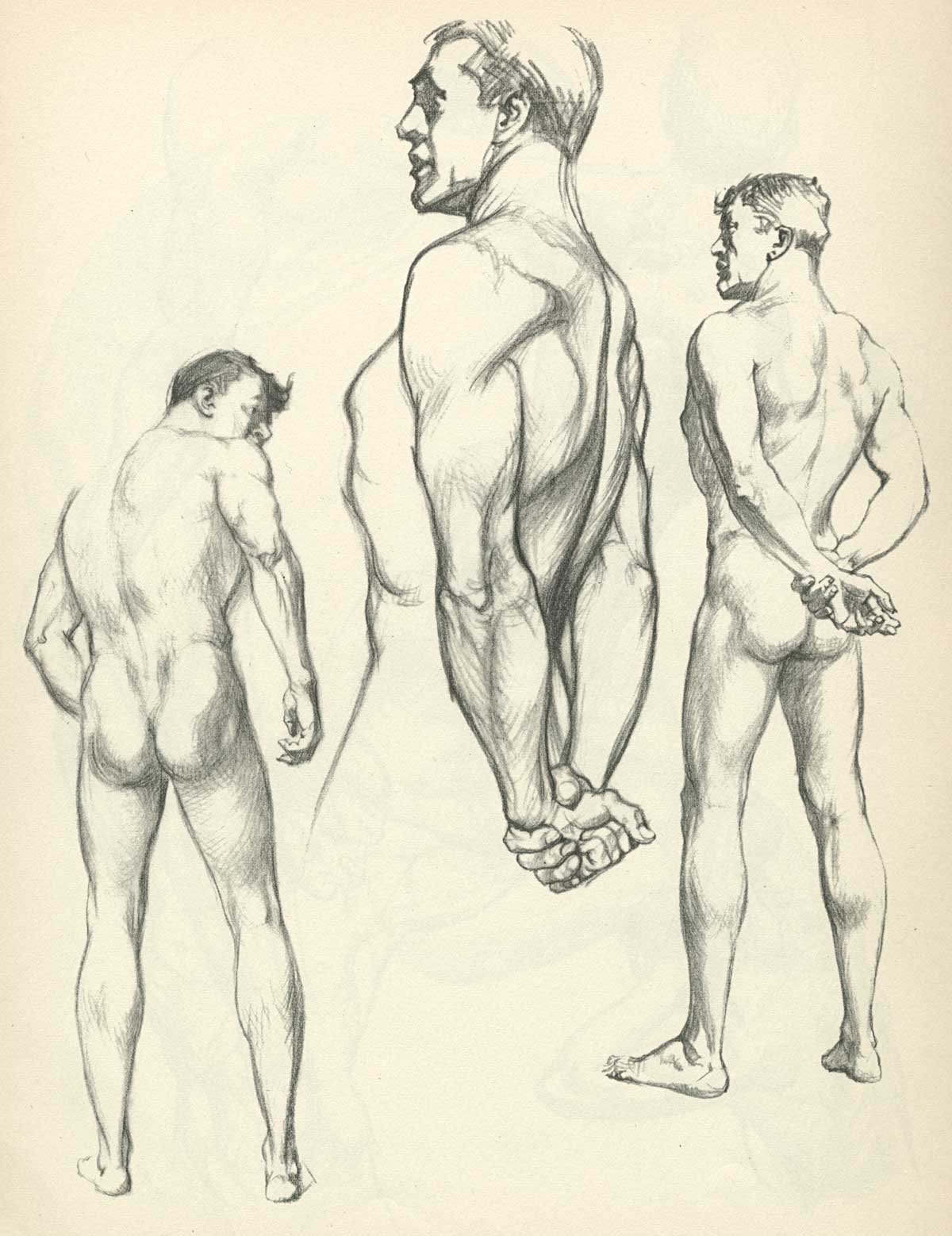 Above left: A late-1950s drawing by Frank Frazetta. Above right: Drawing by Willy Pogany.
A highlight of Spectrum Fantastic Art Live has been the late-night figure drawing party (with several nude models) generously sponsored by Kansas City’s The Illustration Academy. Even with pizza (graciously provided by the Aladdin Hotel) and a cash bar, it is a surprisingly serious party; there’s relatively little chatter and what there is tends to be in whispers. The focus is on drawing, on getting the most out of the opportunity. I’ve heard that some have been somewhat intimidated by the intensity of the room, but I’ve also heard that others were absolutely giddy to be sitting and sketching next to—and getting feedback from—Justin Sweet or Donato or Iain McCaig or Android Jones or Mark English. 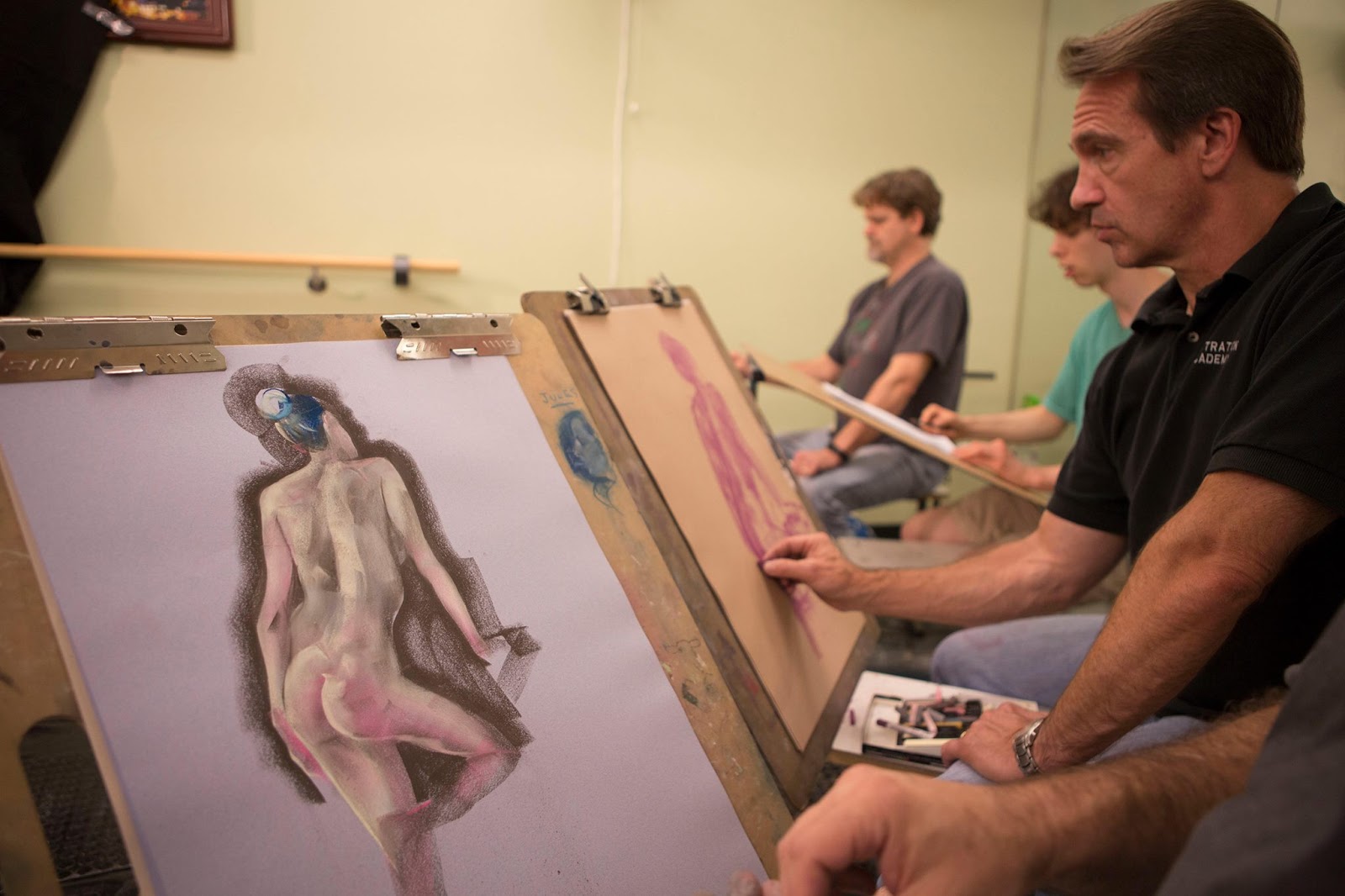 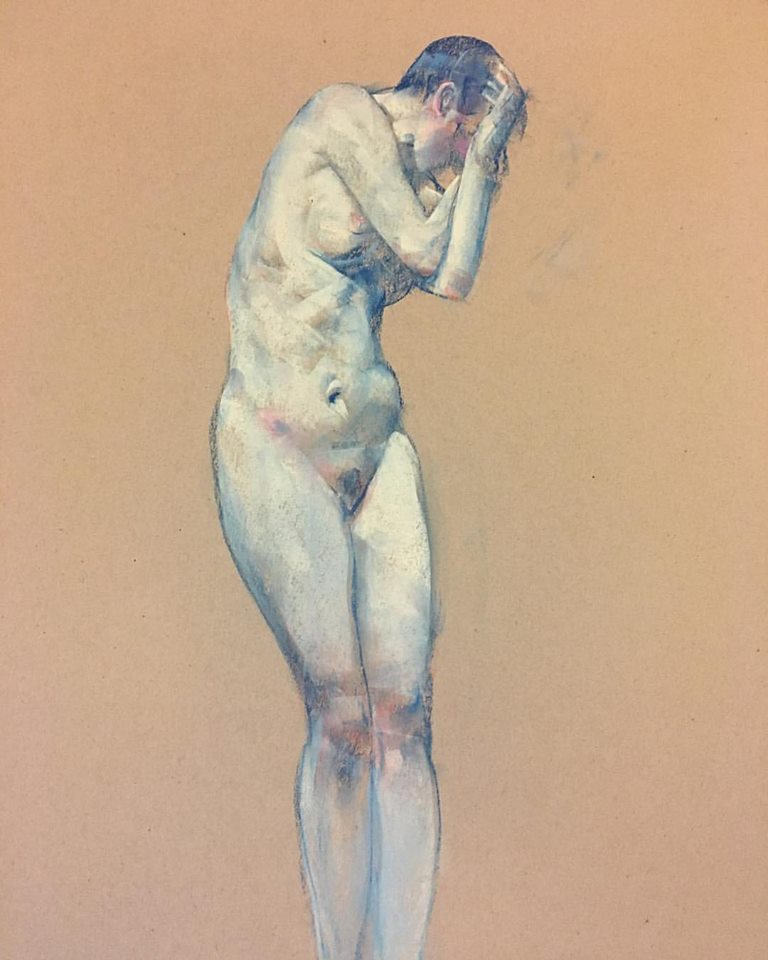 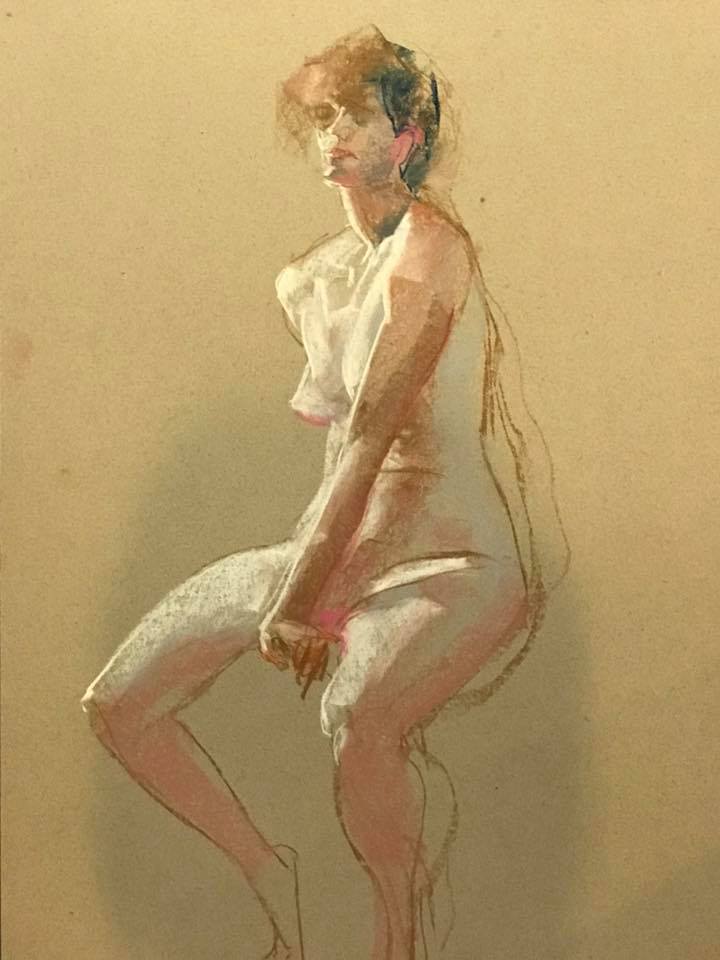 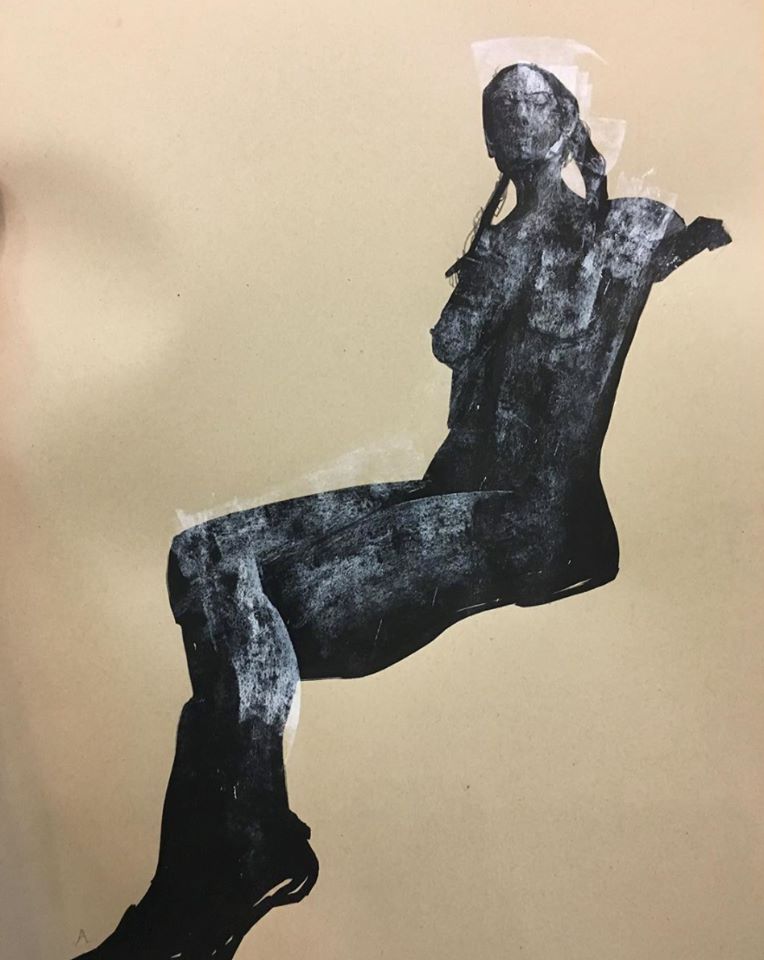 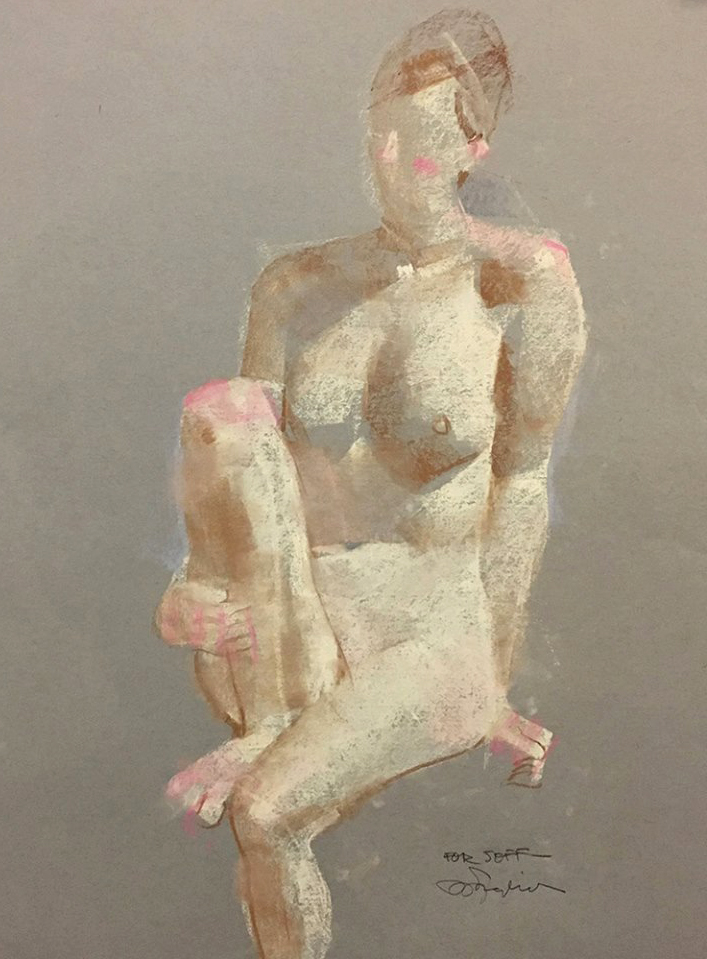 Starting clockwise above left: George Pratt, Bill Sienkiewicz, Mark English, Jeffrey Alan Love.
Figure drawing classes, led and critiqued by the teachers, are an important part of
The Illustration Academy’s annual workshops. At the conclusion, the instructors’ originals
(like the samples shown above) are given to the students via a raffle.
Drawing from life whenever possible should be high on any artist’s list—and, of course, the knowledge obtained through the process is applicable to everything you do, whether you work digitally or in traditional media. I talk often about The Illustration Academy because I know them well (they’re local, after all), respect the hell out of what they do, have had the opportunity to sit in on their workshops, and have spent time with their instructors over the years. They’re devoted to not only helping artists improve their skills but also in helping them achieve their professional goals. Besides actively emphasizing figure drawing in their curriculum—and hosting drawing events as they have at SFAL as a part of their outreach mission—the Academy hires models and sponsors semi-regular sessions open to all artists at the Interurban Art House (in one of KC’s suburbs) throughout the year. Watching IA’s Facebook page is a good way for people to stay abreast of dates. Naturally, there are similar gatherings all over (like the Sketch Nights at the Society of Illustrators in New York every Tuesday and Thursday) and it shouldn’t be a surprise that I encourage everyone to take advantage of these opportunities whenever and wherever they’re offered. (The social and networking aspects of such gatherings are extremely important to career growth as well.) 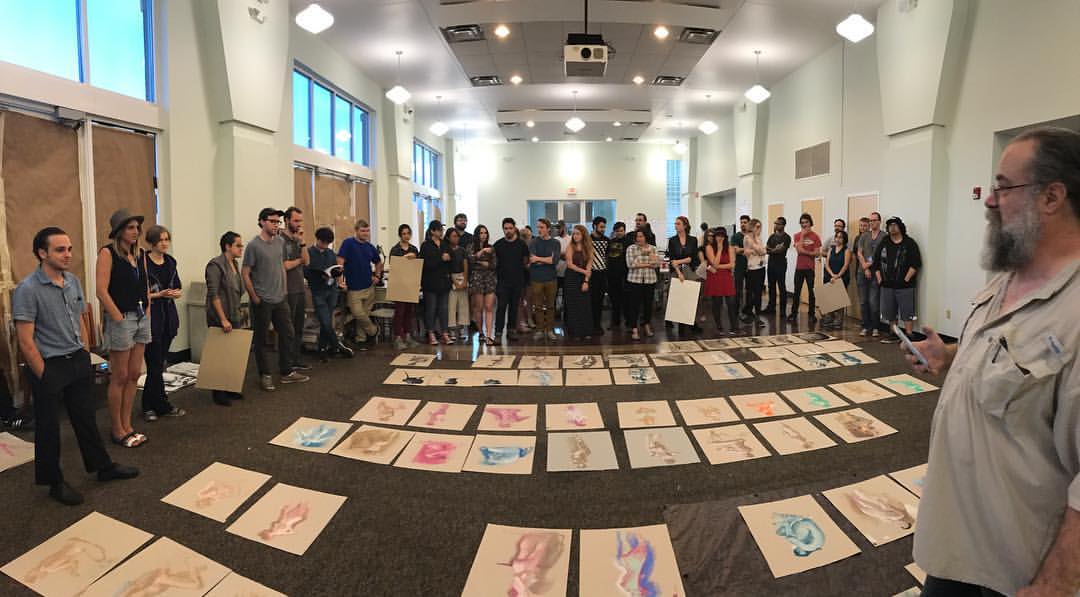 Above: George Pratt (on the right) oversees the give-away of the instructors’
figure drawings to students. As an aside, let me talk about George for a moment:
A renowned comics artist, illustrator, and Fine Artist, his graphic novel
Enemy Ace: War Idyl has been translated into nine languages and for a time was
required reading at West Point. Besides teaching at the Illustration Academy,
George has taught at Pratt and the SVA and is currently an instructor at the Ringling College
of Art and Design. The IA’s Summer Workshop lasts five weeks (students can sign up for
one or all) and features a different group of instructors each week: George and John English
teach during all five. And, yes, there are on-line classes available, too. Anyway, readers
can learn a bit more about The Illustration Academy and other great workshop
opportunities in my “Summer School” post some weeks back.
Depending on location, finances, or other circumstances, I know it can be difficult-to-impossible for some to take part in a figure drawing get-together…but that doesn’t mean you can’t still practice. Use family members or friends as models and if even that doesn’t work out, you might recall that I’ve previously pointed out various video resources via YouTube that you can use at your own time, pace, and convenience. Like this:
[youtube=https://www.youtube.com/watch?v=NSvq8FaU7vA&w=320&h=266]
Jon Foster says, “Students will ask me, ‘When do I know it all? When does it get easier?’ And I tell them: Never. It never gets easier. You have to work to make a career and work to maintain it.”
So the Word of the Day is…well, the same as it is everyday: Draw! Or better, the three Words of the Day are: Draw The Figure! 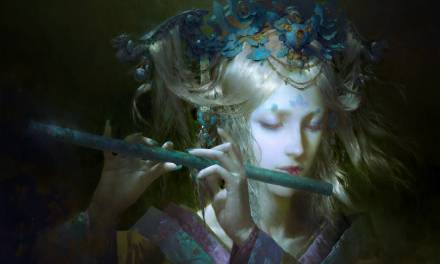 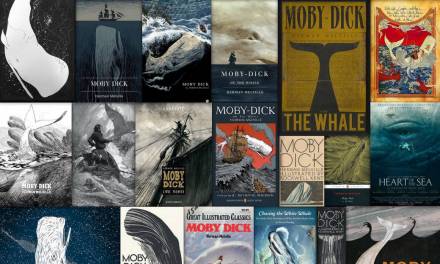 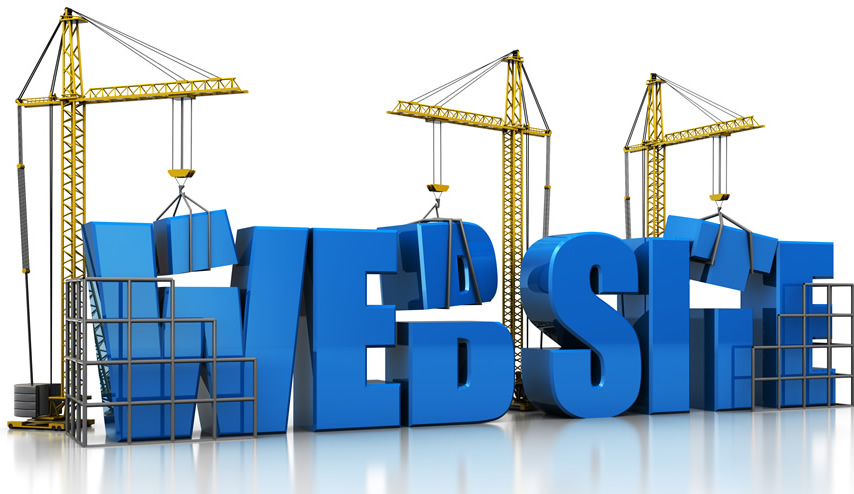