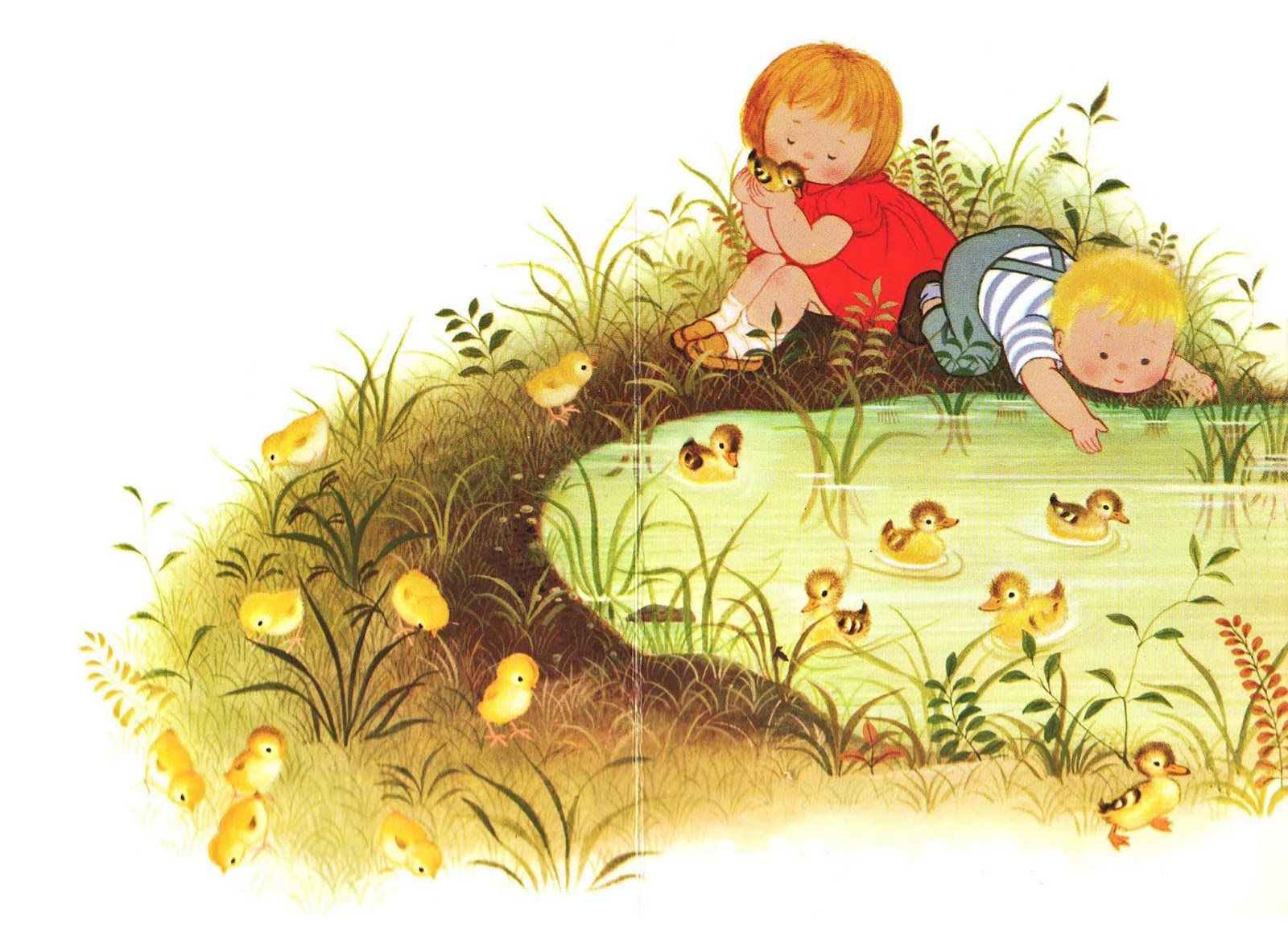 I had considered writing a kind of “Baby’s Top Ten Books” based on whatever picture books our (nearly) two-year-old son wants to read all the time but… I mean, did you really want to see a post with Good Night, Gorilla ten times? No! You don’t! (No matter how fine a book it might be.)

While it’s true, Good Night, Gorilla does tend to make the rounds around these parts, one of Kit’s most favorite books is Baby Animals by Gyo Fujikawa. If you ask him if he wants to read a book, chances are, he’ll come running over with Baby Animals clutched in his grubby little mitts.

Somehow I’d never seen this little book before he latched on to it and after marveling at the illustrations I went down a rabbit hole to learn more about Gyo’s life and work.

Born the year 1908 in California to Japanese immigrants, Gyo would go on to illustrate over 50 children’s books published in nearly 20 twenty languages and in as many countries. 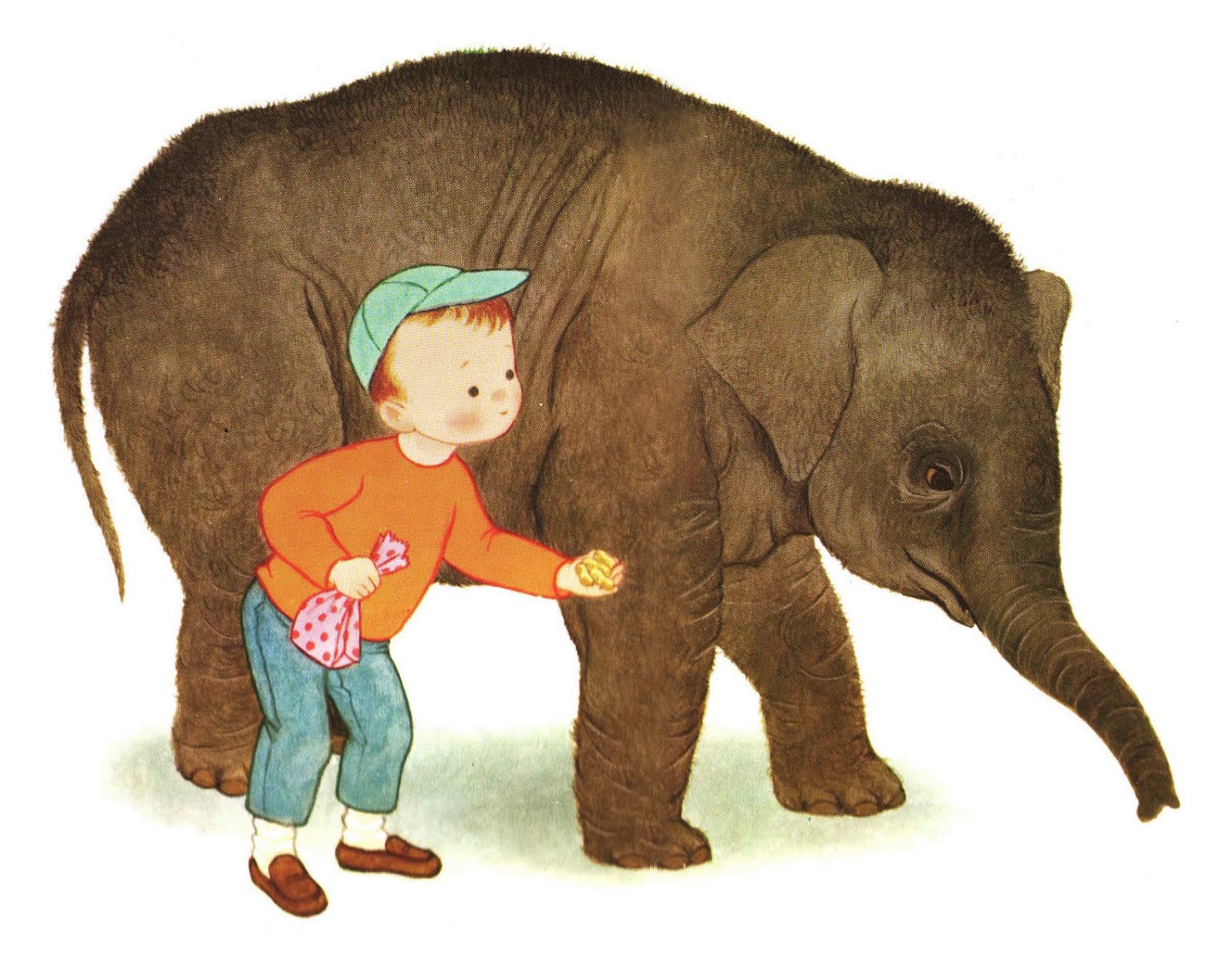 Gyo attended the Chouinard Art Institute, today the California Institute of the Arts. After a year abroad in Japan, she returned to the US and accepted a position at the school. At the time, Chouinard had begun to be something of an incubator for Disney artists (with Walt himself driving some artists to the school for night classes). From there Gyo did some promotional illustration work (most notably for Fantasia) and moved to New York in 1941 and began to work in advertising.

I would feel irresponsible if I didn’t mention this, what must have been an unbearable chapter for Gyo and her family, but during World War II the Fujikawas in California were forcibly removed to a camp in Arkansas. A resident of New York at the time, Gyo herself was not interned. 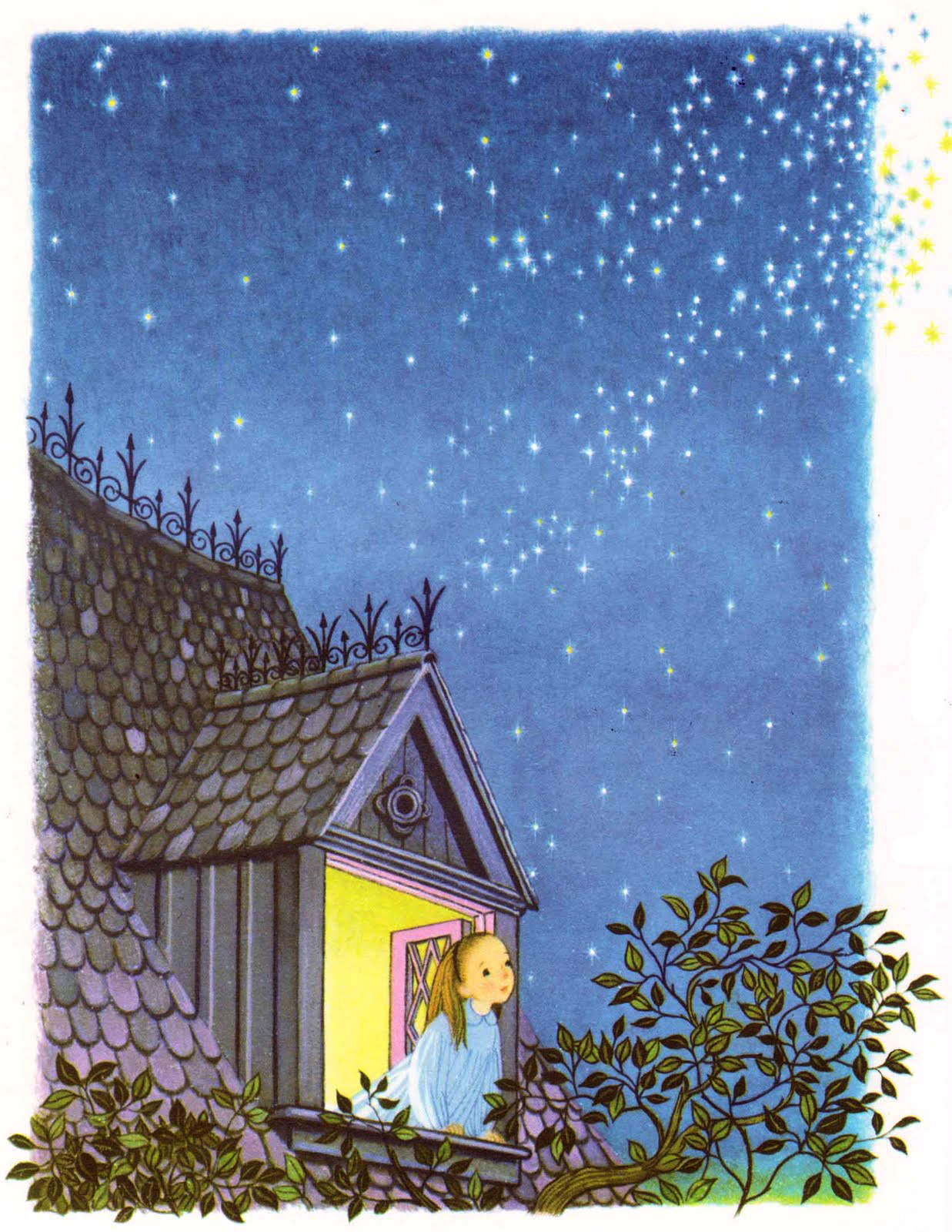 In 1951 she began freelancing at the of age 43 and, after being approached by Grosset & Dunlap, she went on to illustrate Robert Louis Stevenson’s A Child’s Garden of Verses in 1957.

She released her first book, Babies (soon to be followed up with Baby Animals, the same year in fact!) at age 55. These two books alone have sold nearly two million copies!

Her career would go on to encompass children’s books, fairy tales, nursery rhymes, even a series of USPS stamps. One of the main things that attracts me to her work is her color palettes. They are marvelous and deceptively simple. It’s impossible to deny the warmth, gentleness, and appeal of her work. Devoid of cynicism and positively radiating charm, it’s no wonder Gyo Fujikawa became one of the most renowned illustrators of the 20th century. 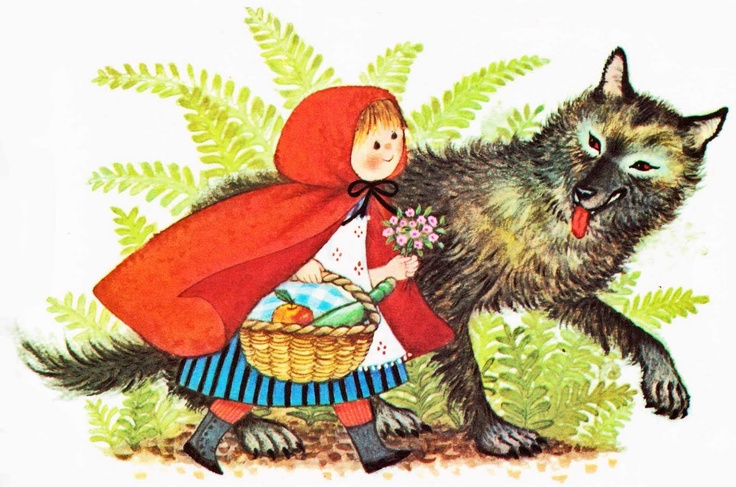 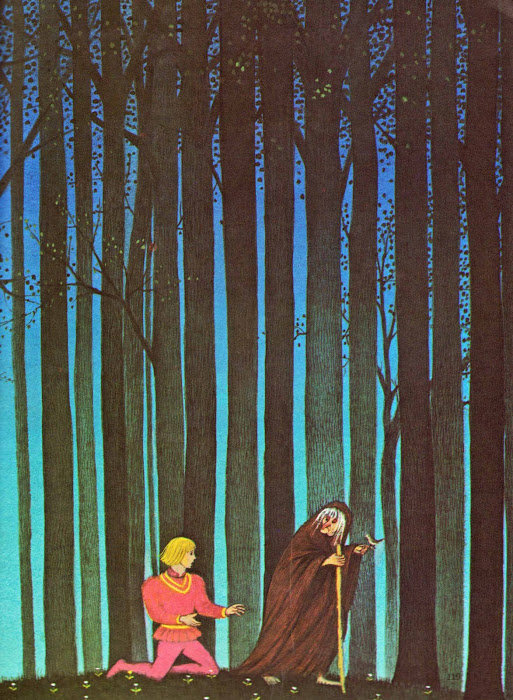 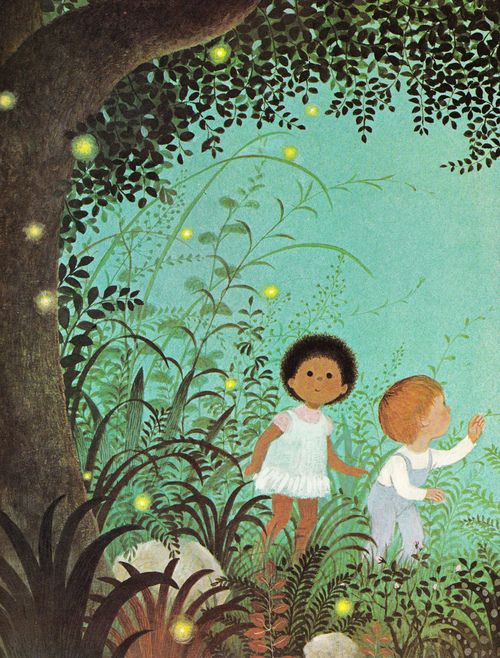 Not only was she one the most prolific children’s book writers and illustrators, but Gyo was one of the first illustrators to gain royalties from her work and not simply a flat fee (according to her 1998 NY Times obituary). And another anecdote worth celebrating, Gyo was the first illustrator to regularly depict a diverse group of children in her work. 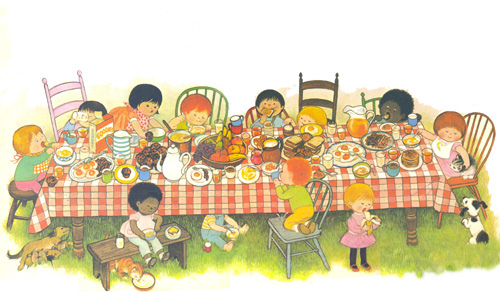 “In illustrating for children, what I relish most is trying to satisfy the constant question in the back of my mind, will this picture capture a child’s imagination? What can I do to enhance it further? Does it help to tell a story? I am far from being successful (whatever that means), but I am ever so grateful to small readers who find ‘something’ in any book of mine.” Gyo Fujikawa (1908 – 1998).
Well, my own small reader has found that something (when he’s not otherwise looking at Good Night, Gorilla) and he returns to Gyo’s books time and time again. 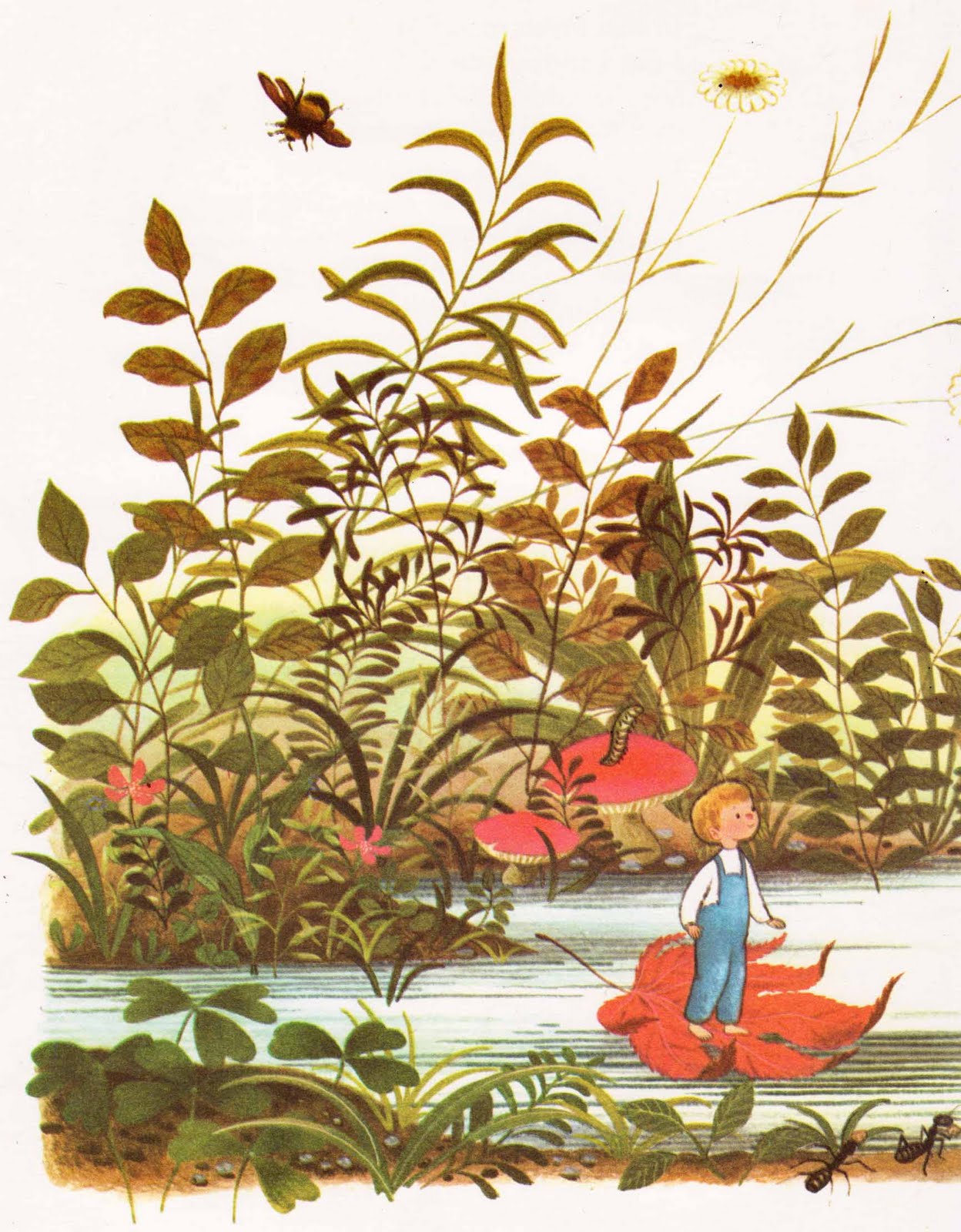 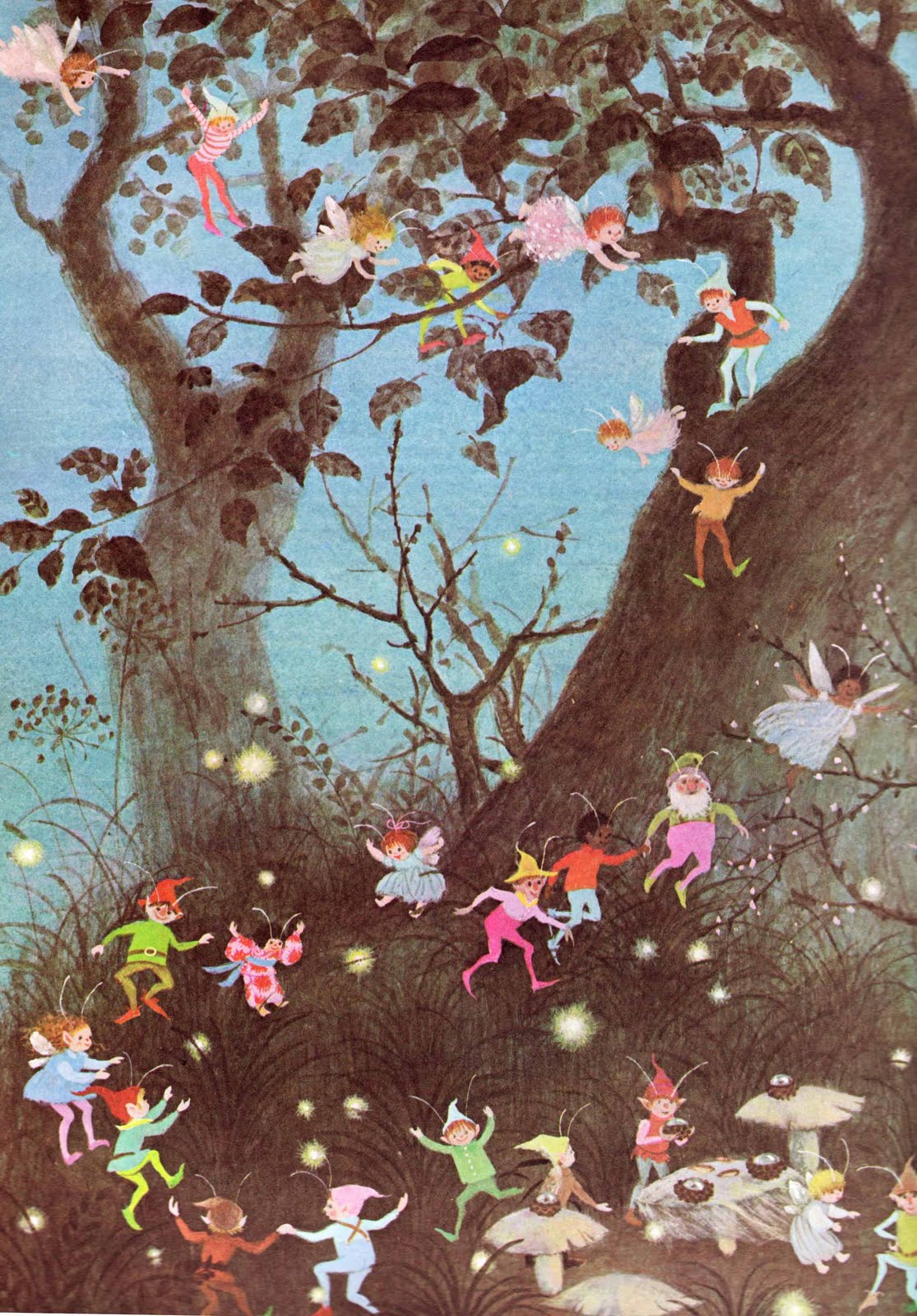 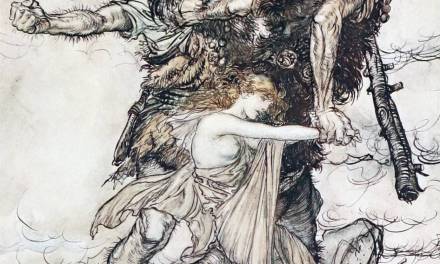 Breaking it Down: 10 things about Arthur Rackham’s ‘Rhinegold and the Valkyries’ drawing. 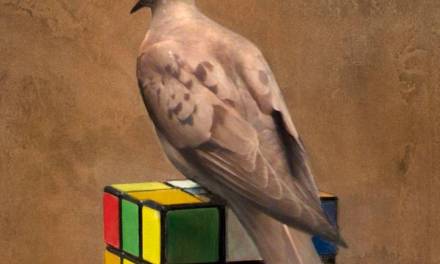 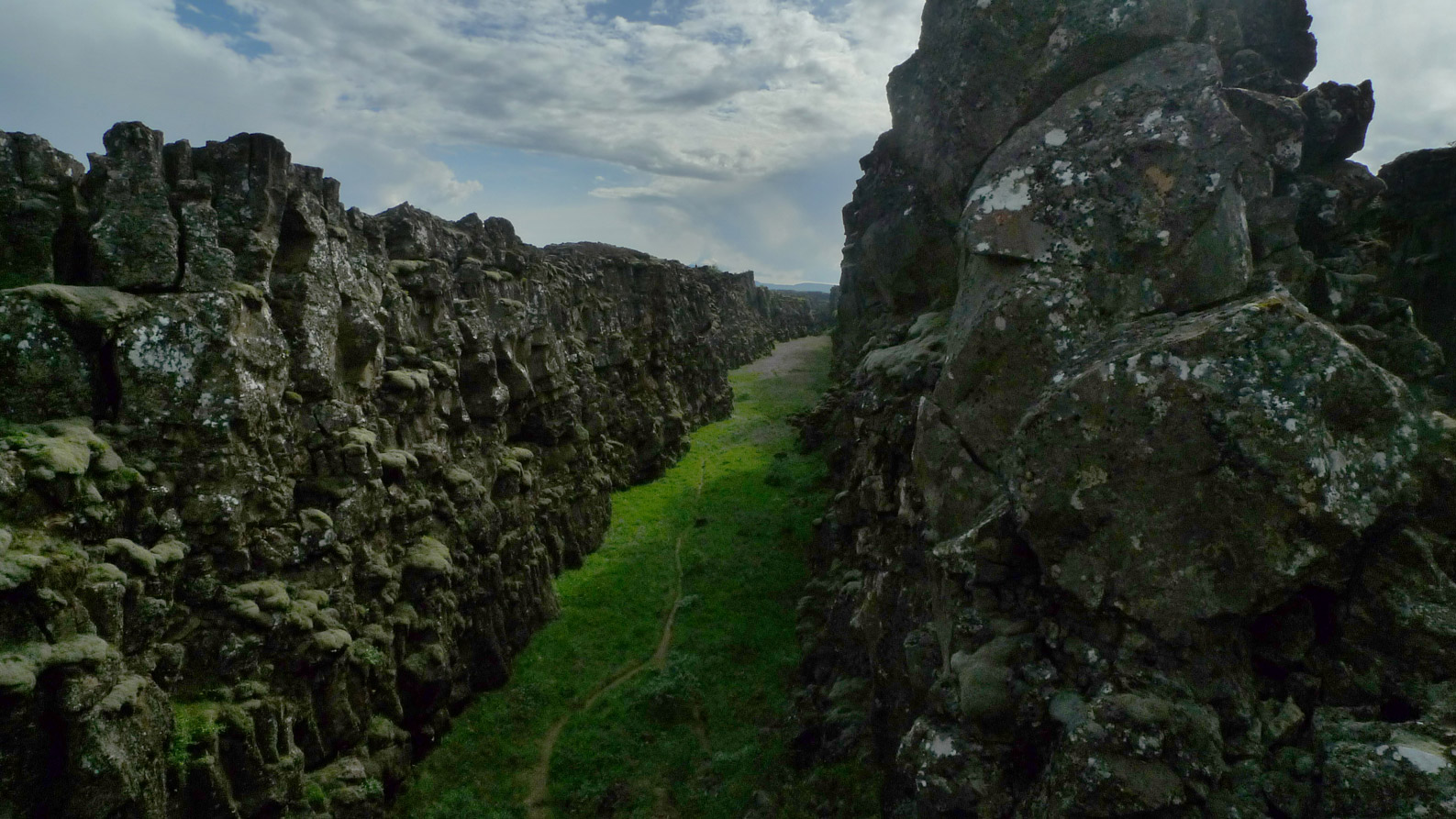