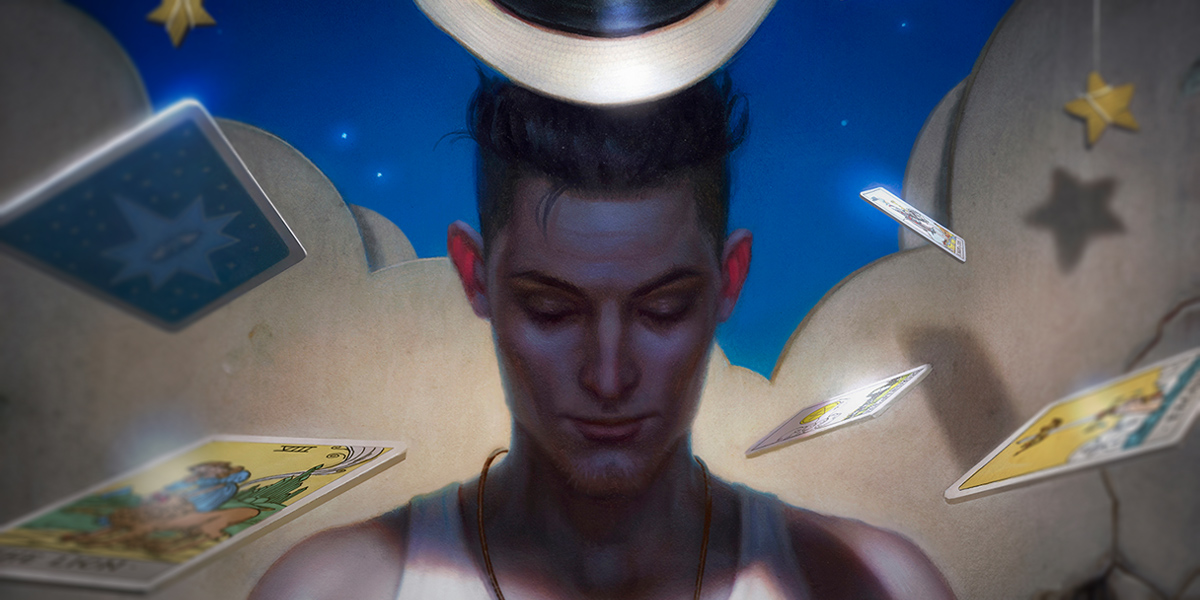 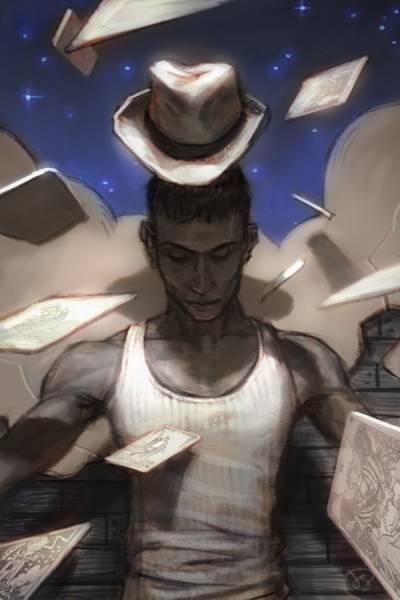 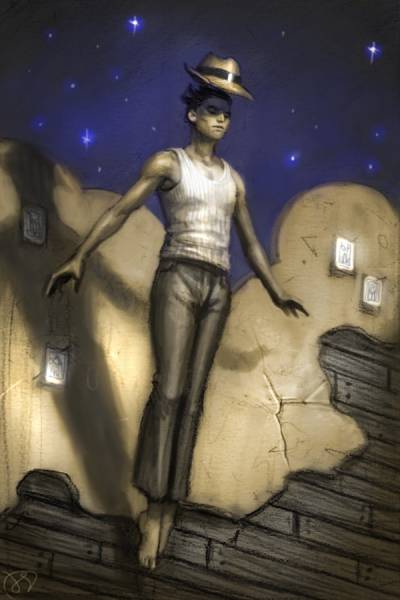 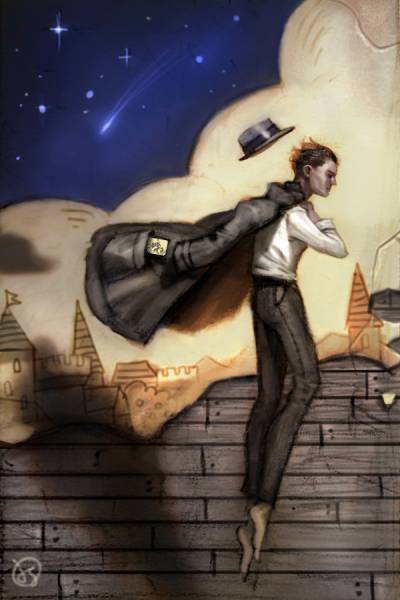 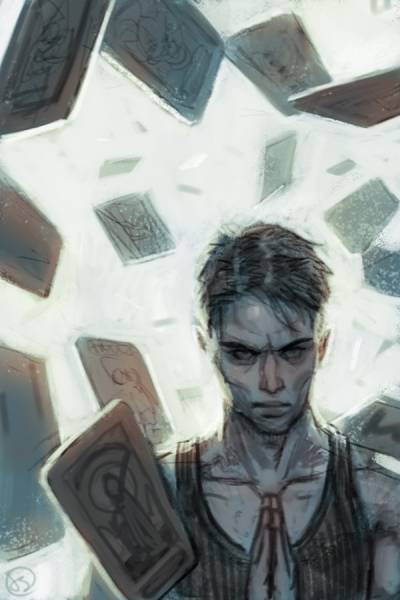 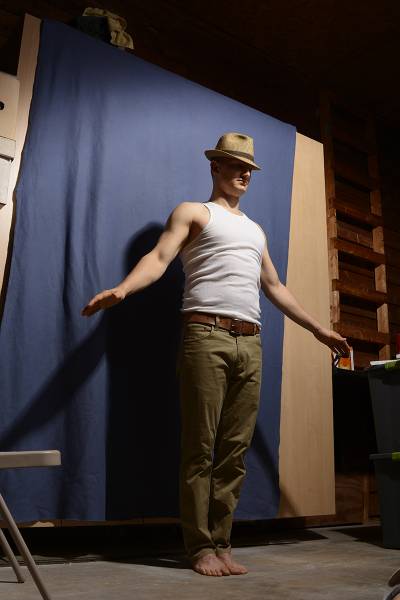 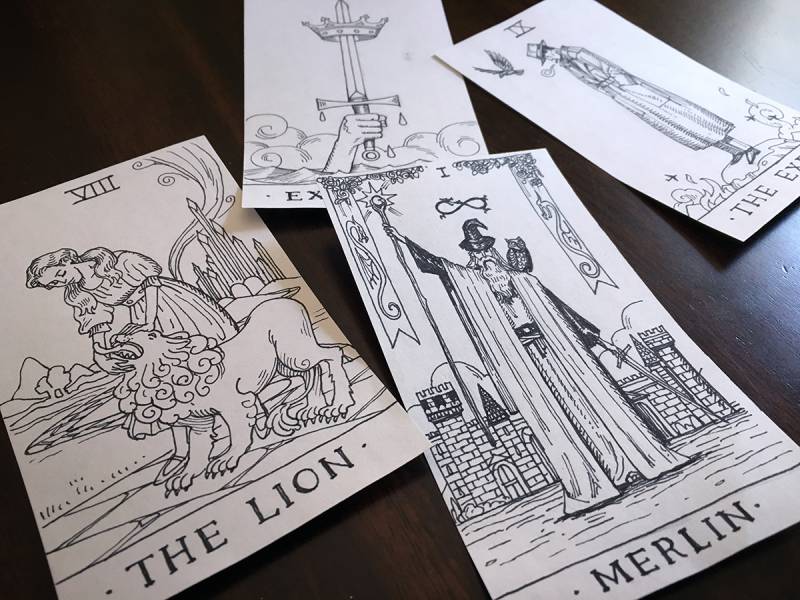 I scanned my drawings and distorted them in Photoshop to match my sketch. I then printed them out on a Laser Printer and used a commonly know trick called an ‘Acetone Transfer’ to transfer this drawing directly to my board without the need of re-drawing them, which would be really tedious and really difficult to do in such an extreme perspective. The transfers never come out flawlessly, so they take a little fine tuning to refine them, but that’s a simple task by comparison. You can read more about the transfer process here: https://www.muddycolors.com/2018/09/how-to-do-acetone-transfers/ 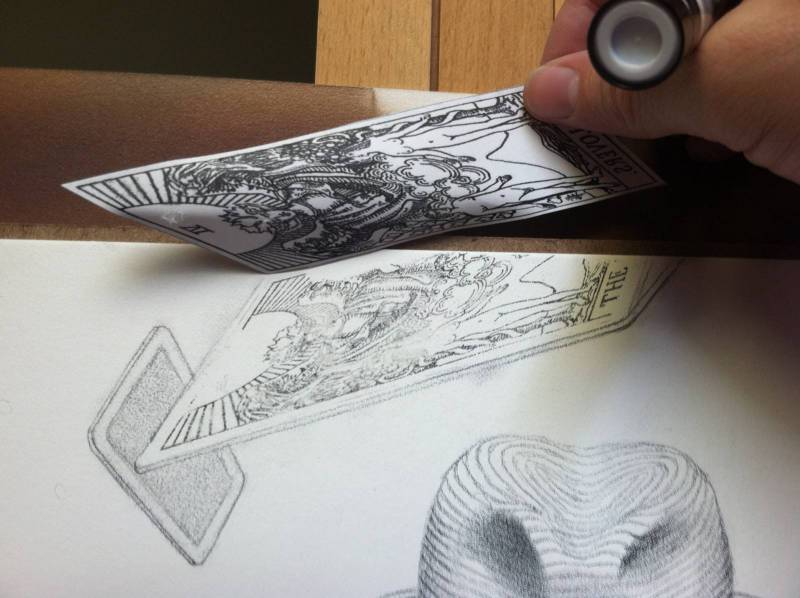 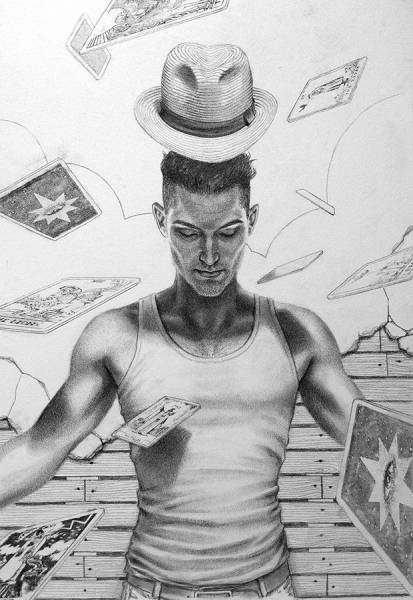 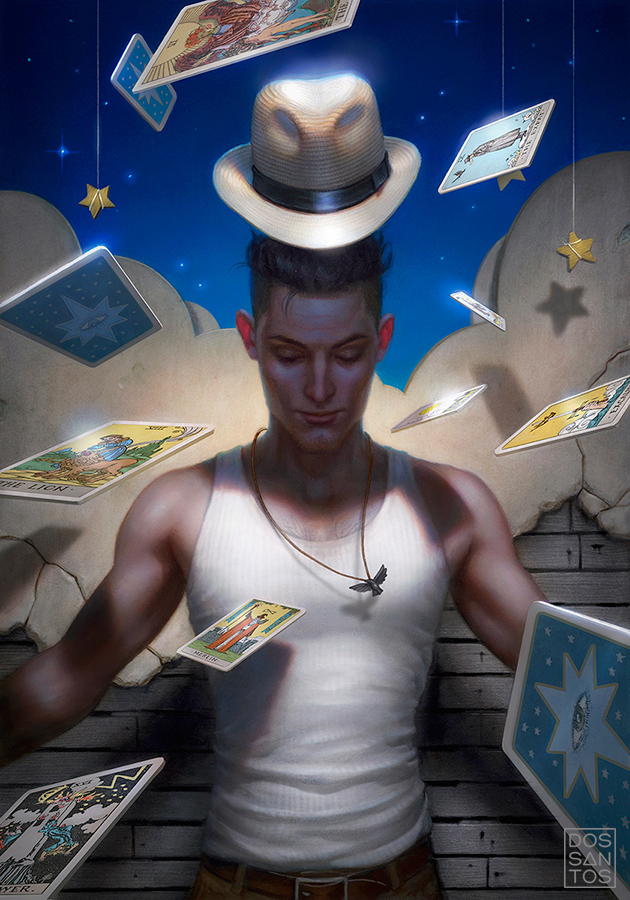 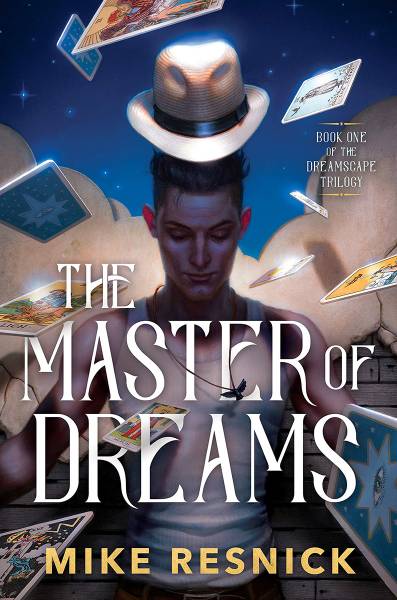 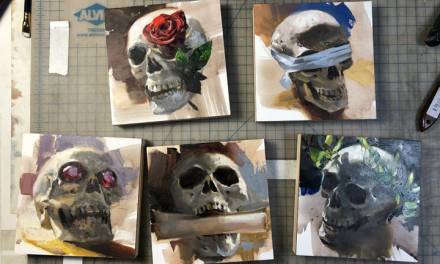 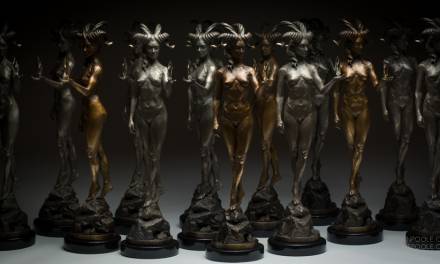 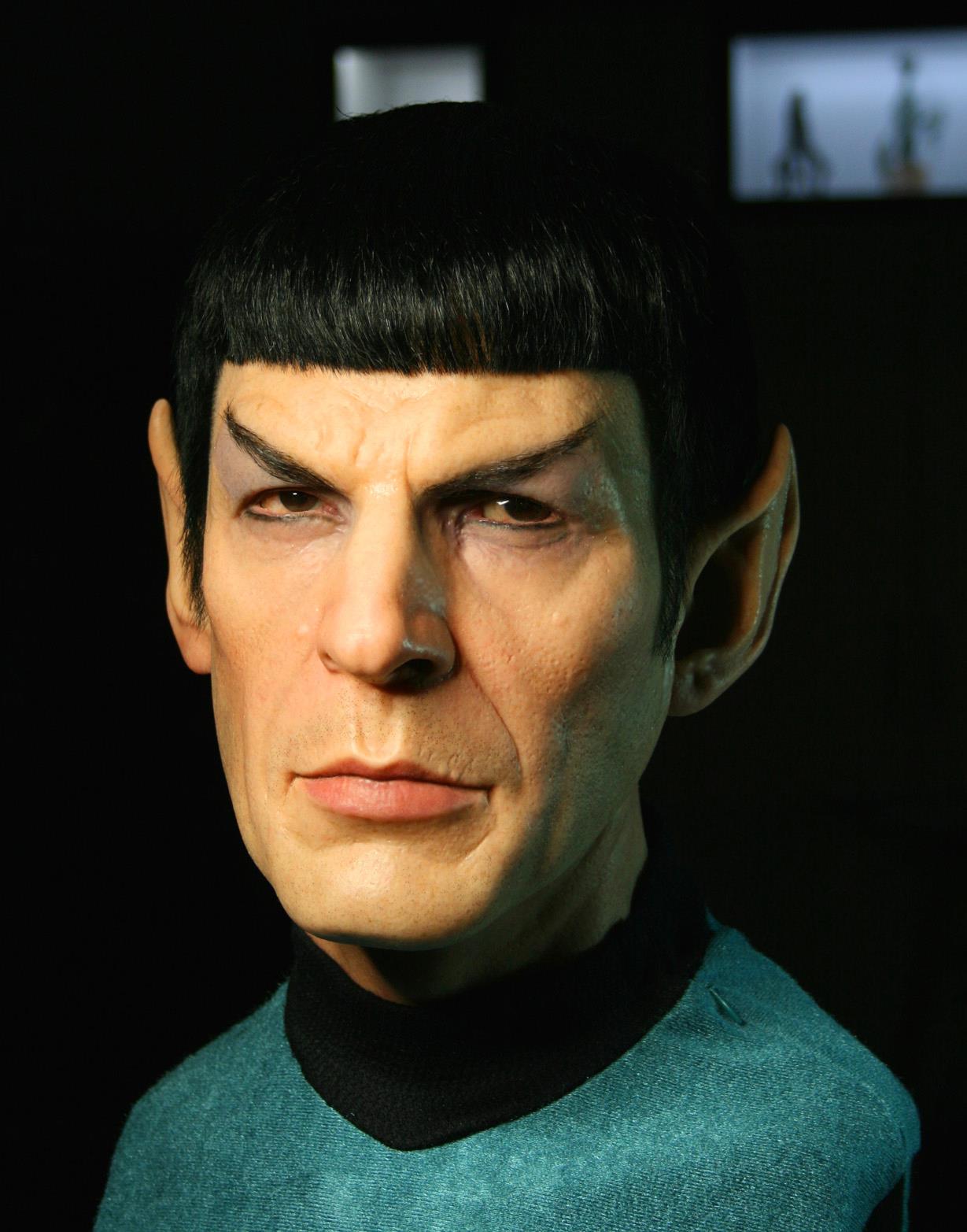 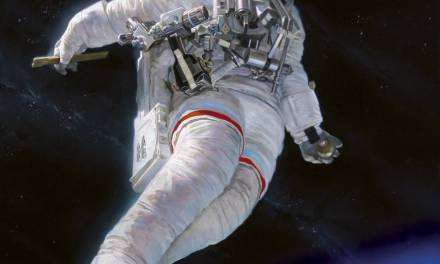