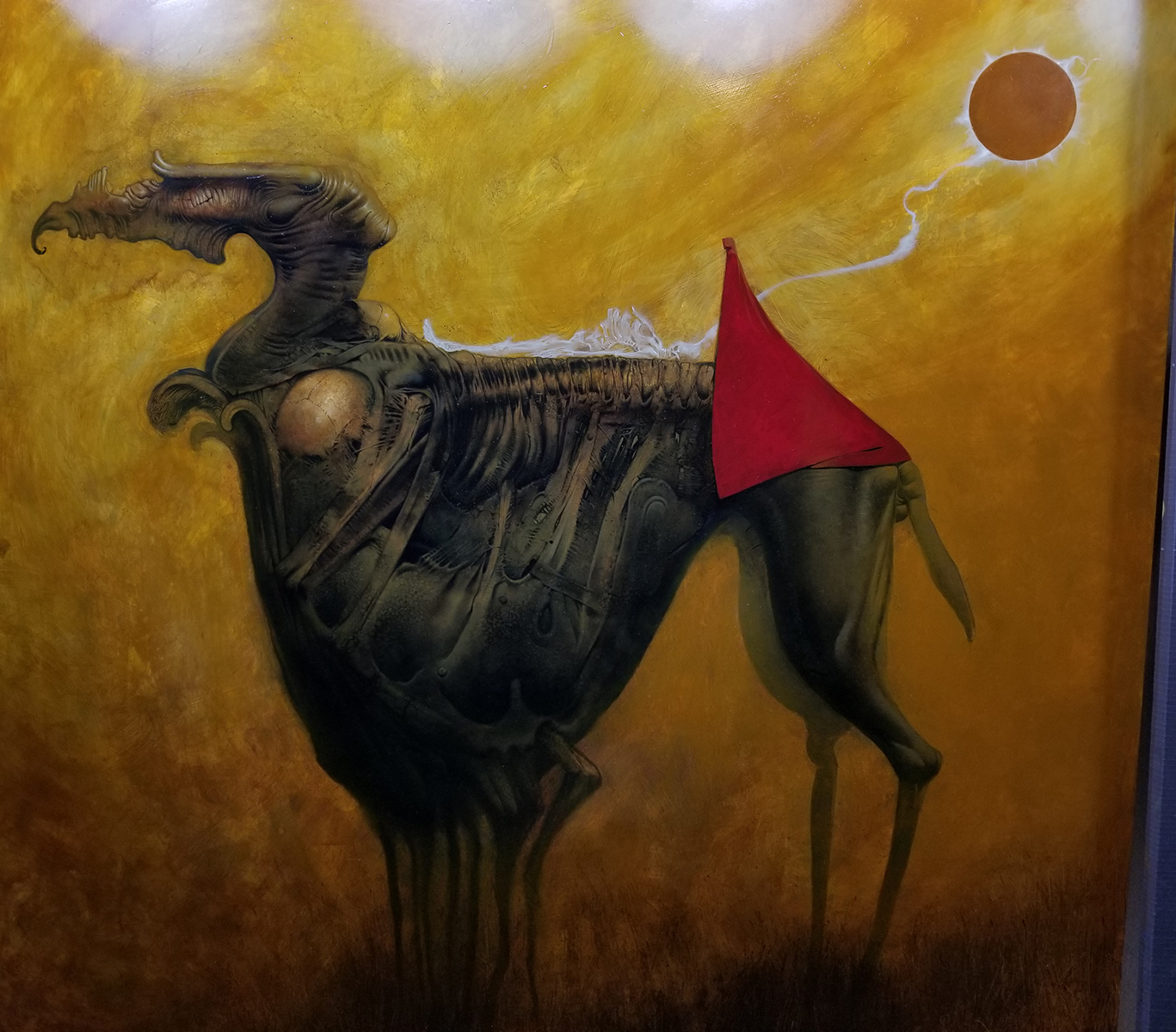 Somewhere around 2001 I found the original Concept.org website.  I don’t know what led me there but once I poked around a bit I found myself in the forums. Specifically the character and creature of the week forums. I started occasionally getting involved in their weekly/monthly challenges. The thing that I found exciting about it was the actual briefs. They were usually things that I hadn’t or wouldn’t have done on my own. I consider this to be the real start to my indulgence into continuing education. Going through those challenges was very mentally expanding for me since I had doing almost mainstream fantasy (meaning dragons, fairies etc.) up to that point. 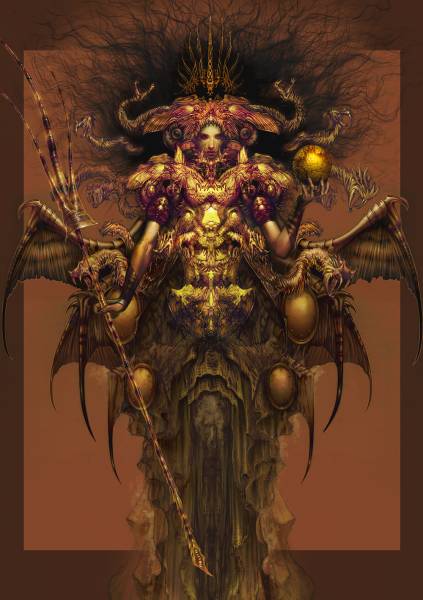 Not long after that I found Gnomon online and did some of their monthly contests that were of a similar nature. I placed one month and as an award they sent me… I think it was ten or fifteen instructional DVDs of my choice. That was my intro to Iain McCaig’s drawing DVDs. I think Gnomon has a $50/month subscription fee now and I still go back about every other year and subscribe for a while. 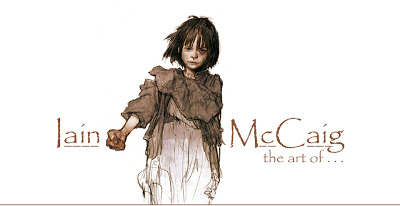 Most types of careers require a degree of continuing education. I was once told by a counselor that if your field didn’t require continuing ed… it was basically a dead profession. Art is both similar and different in that as an artist I think you are constantly refining educating yourself about yourself to a degree. Making work that is increasingly distilled, boiled down to the essential youness of it. The more “you” your work becomes, the more your particular style becomes evident. That’s part of the natural process I think. But also, along with that it is extremely beneficial to step away from what you know you want to find things that you hadn’t yet discovered you want. How is it said? I know what I don’t know but I aspire to know what I don’t know that I don’t know…and so on. 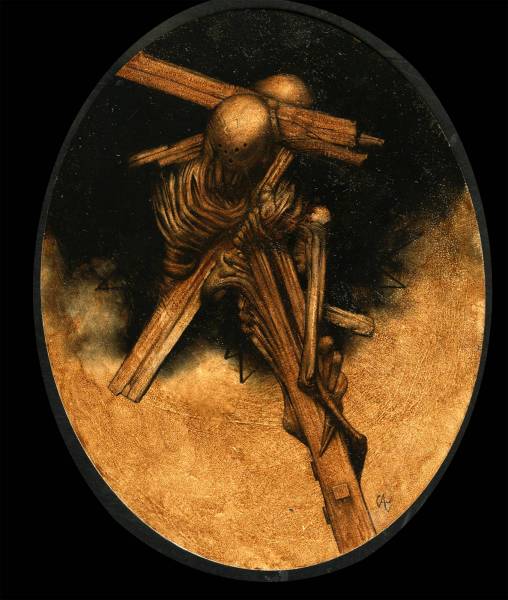 When we were living in Alameda I went across the water to the BACAA, the Bay Area Classical Artist Atelier to study color mixing for two weeks with Greydon Parrish. Two weeks of not painting, but instead constant color mixing and color matching. I learned a great deal about how to systematically mix colors for a very precise result. I have notebooks… that I actually took notes in! 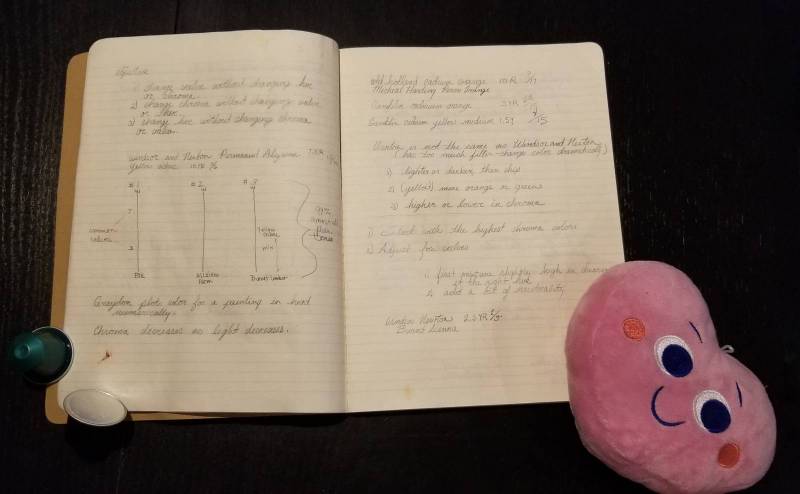 I found out that color mixing could be very precisely planned and come out with stable and predictable results. I could actually pick a color swatch and mix a color that would match it to within what my perceptions said were totally accurate.

Do I work this way? I do not. G.Parrish said that he would often chart his colors on paper…on a graph before he would mix the paint. All planned from beginning to end.

That doesn’t sound like me. I like mixing everything on the fly and generally for the subdued tones I usually use, it works out OK. But the value of this workshop for me wasn’t that I would adopt this as a way of life but that it would give me another facet… another perspective and I think once you’ve experienced another perspective it adds to your own even if it doesn’t make dramatic changes to your working process right away.

Though I don’t plan colors like that I did gain the ability to more easily spot colors I wanted to aim for and to remix colors at different times, which can be hard to do if you weren’t paying attention the first time. I mean sometimes you’re just in the moment and that’s all there is. 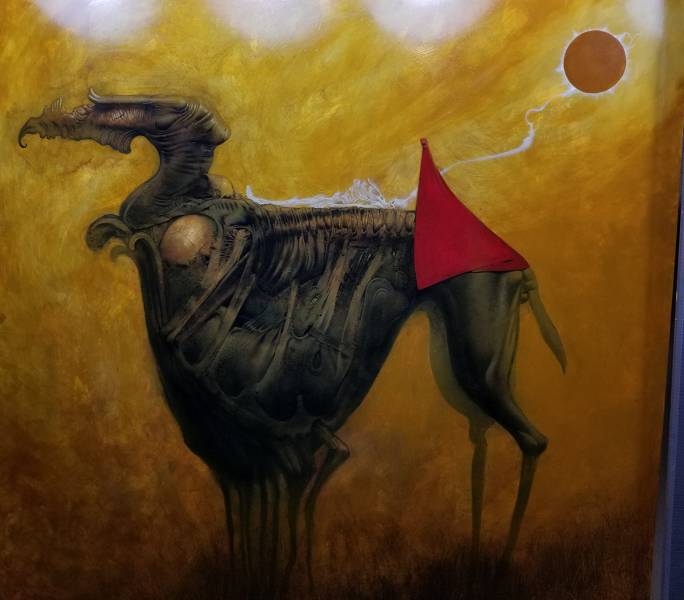 I think that looking for ways to continually educate yourself also keeps your work from becoming too stale in terms of speaking a relevant visual language that can connect to a very cultural and age diverse crowd. I think It definitely helps to look at the contemporary work being done and allow yourself to update your visual language to remain fluent. It’s not really about trying to be or stay “cool”. I don’t really know what that means anyway but to me it’s about communicating in the language you’ve spent time refining and then broadening it for a new audience. I hope that analogy makes sense.

I also just get a kick outta trying something different just because I have ADHD and it suits my fragmented mind. For instance, Im participating in an online seminar in a week or so. It’s about drawing in mixed media. The links will be included below as will some others that I’ve mentioned and some I have not. 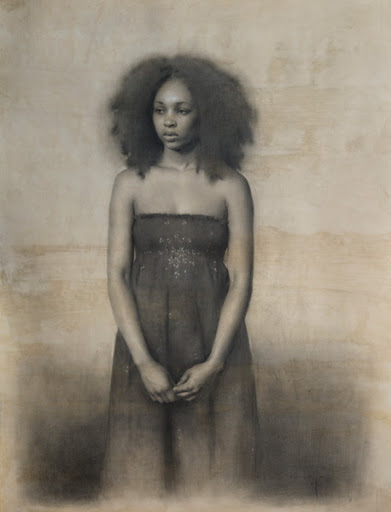 NEXT WORKSHOP I AM ATTENDING:

People always ask me why I would take a drawing seminar when that’s all I do most of the time anyway? Part of it is that I just like seeing other people work. Sometimes they casually throw out some totally mundane bit of information that I have never heard before. It still happens all the time. Even if it didn’t though… seeing someone else demystify their process is worth a great deal. Every professional I’ve ever been around has, at some point, looked at someone nearby and said “I don’t know how they’re doing that” while at the same time that other person is saying the same thing about them. 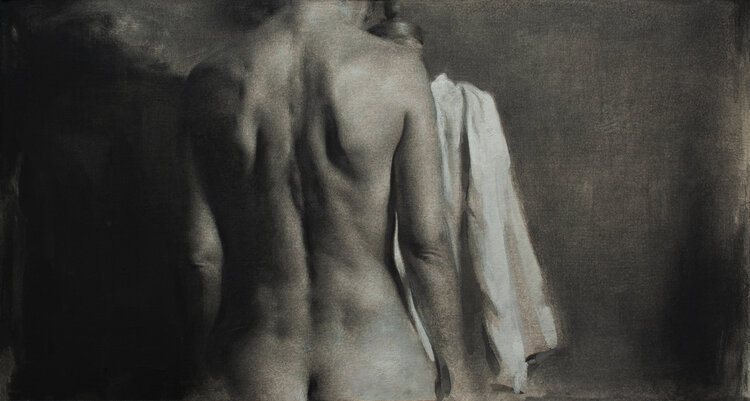 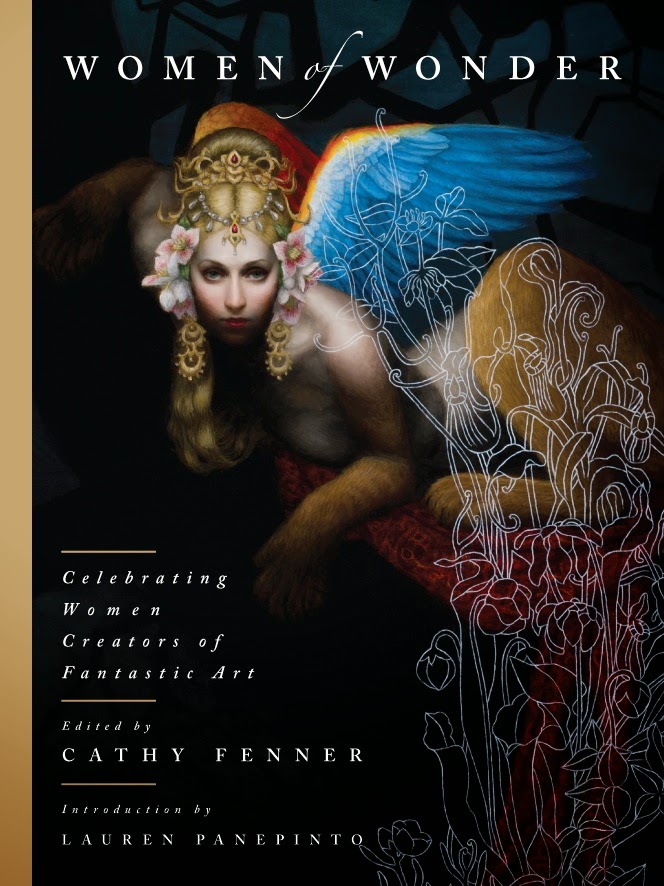 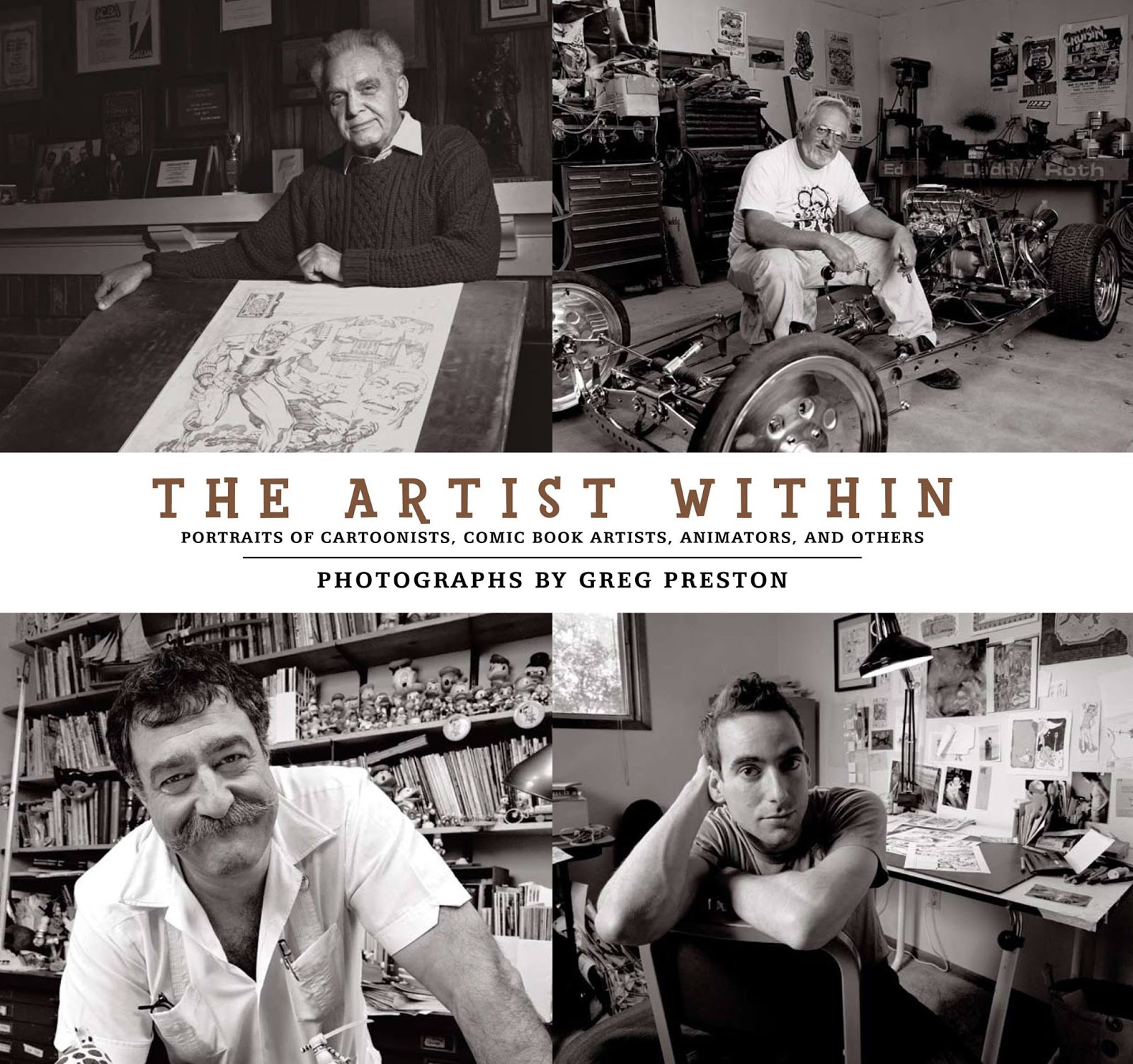 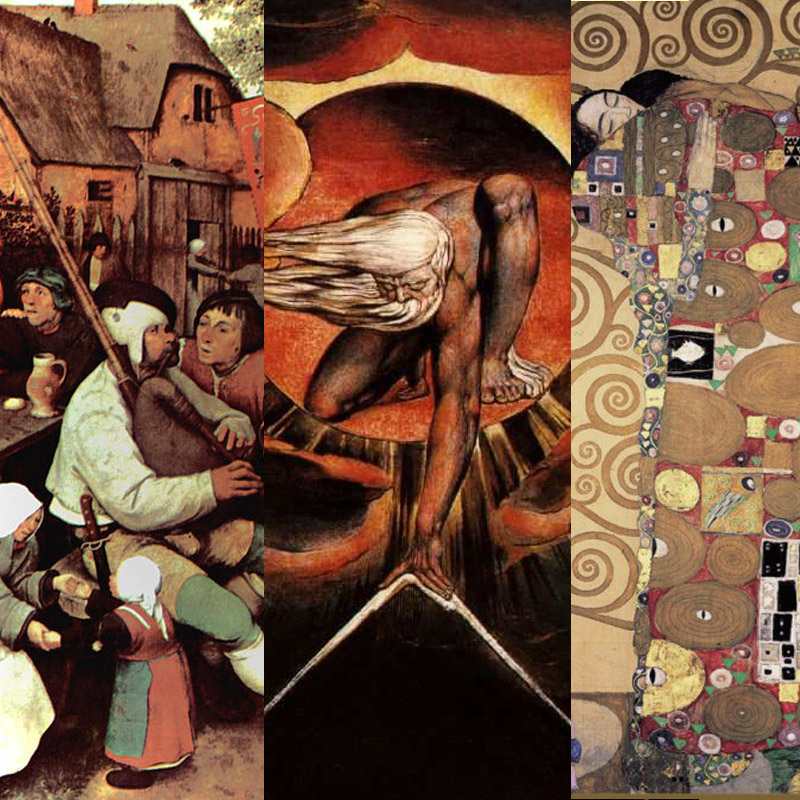