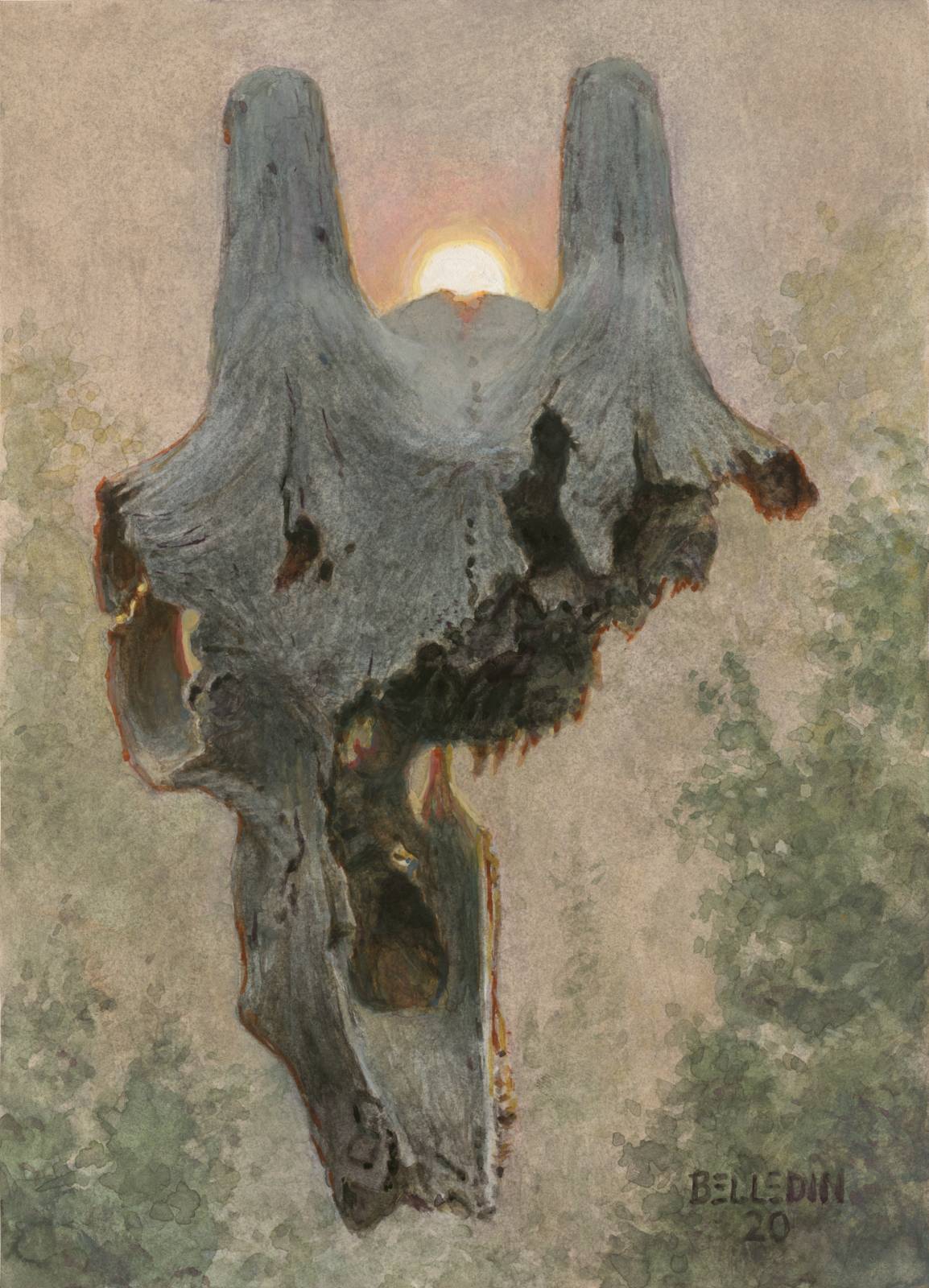 Still looking to get comfortable with gouache, I did another quick piece in between commercial assignments. This time, inspired by the smoke-filled late summer here in Seattle, as well as an old, decaying goat skull I’ve had for a couple years, I sort of just dove right into a piece.

This time, I’ve expanded my palette a bit and scrounged up some Strathmore 500 Series 3-ply Bristol. This stuff is regular surface, which has a nice, subtle tooth to it, and is what several of my more experienced gouache-painting friends recommended.

I set up the skull and did a quick, light sketch in watercolor pencil to nail down placement and proportions. Since sections of the skull are missing, I thought it might be interesting to insinuate the those missing sections and thus an intact version of the skull using the negative space. I flirted with doing this two different ways, through the framing device of foliage and smoke. In the end I decided that the foliage was a better solution.

With those decisions made, I moved on to paint. 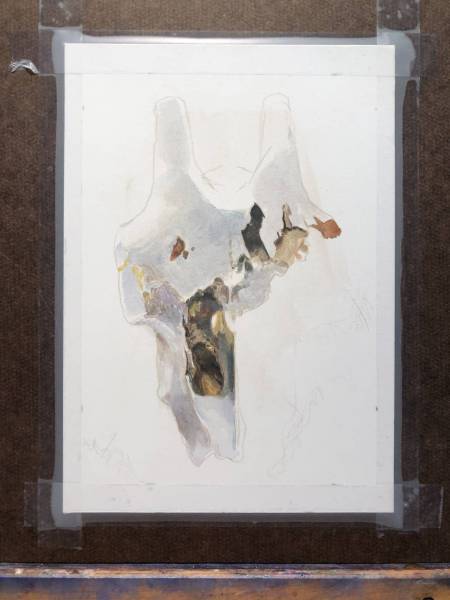 The paper is taped down to a piece of hardboard with Scotch Magic Tape. I dove into nailing down the overall value structure pretty quickly and began pushing some of the darkest areas as well. Even some of the finer details are being indicated, like the exposed bits of the sinuses, which are a bit more noodley than I originally planned to get, but somehow I couldn’t help myself. 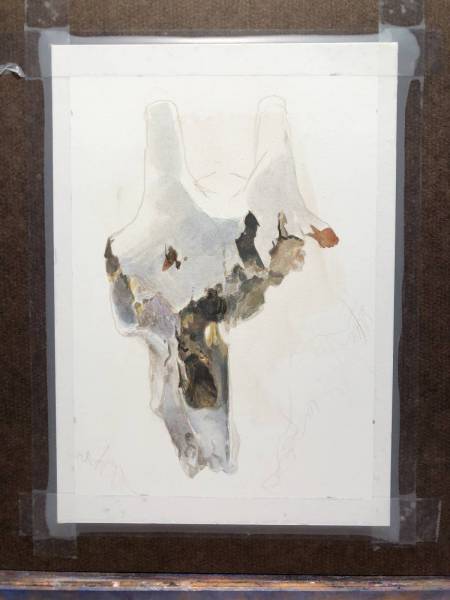 Still moving along with establishing the values and beginning to insinuate details here and there. For whatever reason, the colors I put down felt more intense than I’d have preferred, so I spent a lot of time experimenting with different mixtures to tone down the color intensity a bit. It’s possible I went a little overboard in muting the color, but given how grayish brown everything seemed to be with the wildfire smoke outside, it felt like the right direction to go. 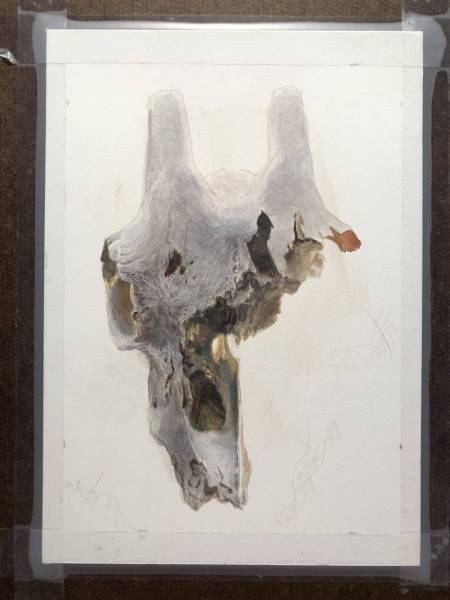 After a couple hours, I’d gotten it to the point above and I was forced to set it aside in favor of working on some commercial work. But I returned to it the next day. 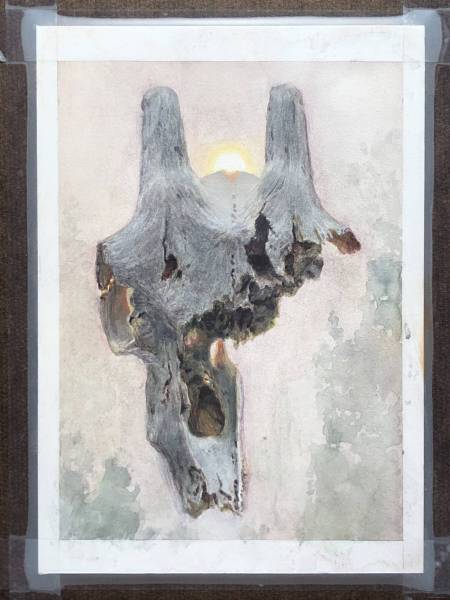 Once I had a chance to return to the piece, I immediately started to lightly block in the rest of the piece. I also started to throw down some light glazes to push the skull a bit darker. Glazing with gouache comes with some degree of risk as it’s possible to lift paint already laid down. This could result in patches of missing paint, smeared paint, or softened edges and detail. But I felt it was worth the risk because 1) I needed to learn and 2) I knew I could figure out a way to deal with any issues that might occur—even if it meant repainting large sections of the skull. 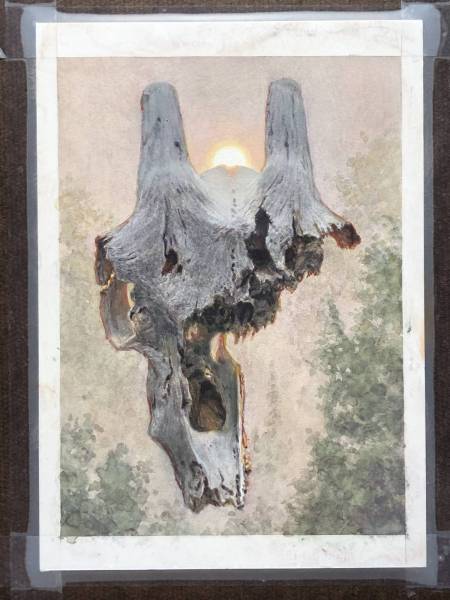 So, as is usual for me, it’s all about blocking some stuff in, refining and refining and refining. In oils, sometimes I work all over the surface of a piece as I paint, but more often than not I bring the whole thing up to a very rough level and then complete section by section. With gouache, so far my instinct has been to bring areas to a pretty high degree of polish and then spread out and base everything else off of what I’d managed to complete. I suspect that as I get more comfortable with gouache, my process will begin to more closely resemble what I do in oils, but maybe not. I guess we’ll all find out.

With this piece, once I got the basic areas done, I then spent time trying to find ways to describe and insinuate the various textures and details with the paint—be it the grooved and weathered bone or the fiddly layers inside the sinus cavities.  Simultaneously, I worked to bring more of the sun’s colors into the skull itself. 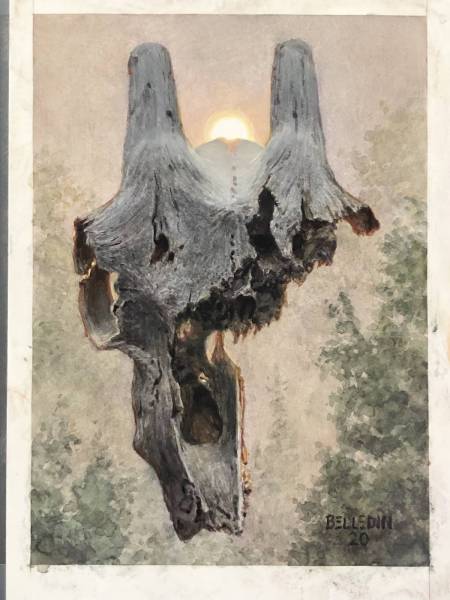 As I built the piece up, I continued to glaze in the darks and then tighten things that I felt needed to be kept crisp, while allowing the softening to happen elsewhere. At some point close to the end, I signed the piece, but it turned out not to be done. I still needed a glaze or two and a couple more minor tweaks. 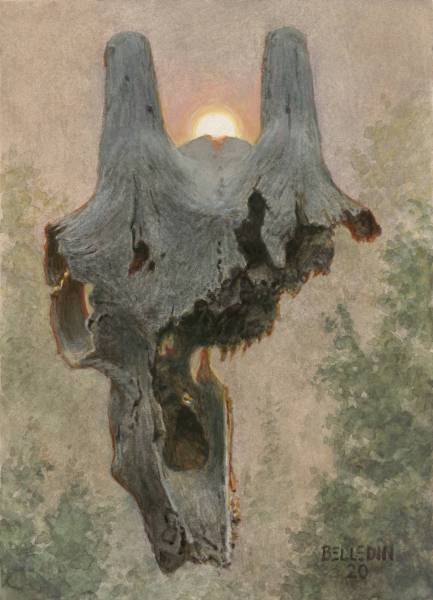 Here we have the finished piece, which is five inches wide by seven inches tall and is called Summer Sacrifice. In total it was completed in a little over five hours over two days, but could easily have been completed in a single session.

This is only my second experiment with gouache, but I’m finding I like it more each time I use it. The speed is extremely appealing to me and I find that the shifts in thinking area pleasant change of pace. I’m also a fan of the fact that gouache paintings are insanely easy to scan and retouch. I’m still not ready to complete a professional assignment in gouache yet, but I think I’m getting closer. What I’m still unclear on is the level of forgiveness the medium has for revision and reworking (which is something that has been known to happen with my assignments), and so I’m going to build that into my next piece. I’ll also be trying yet another surface (Strathmore 500 Series Bristol Plate Finish) to see how the paint reacts and to see what impact that might have on how I work.

In the end, I’m pretty satisfied with how this painting came together. Not particularly ambitious, but I’m still feeling out the paint and trying to understand what techniques feel most organic to my way of thinking and working. Rolling up my sleeves and getting my hands dirty with a new medium has been interesting and exciting, but the most fun aspect about it has been how much I’ve learned along the way. Some of the lessons will be specific to gouache or other water mediums, other lessons will apply to my work across the board. Regardless, it’s been a fun ride, and I appreciate everyone who’s reached out and shared their own experiences and wisdom with gouache in the comments. It’s given me a lot to think about and a lot to try. Hopefully the couple of pieces I’ve done and discussed here have in some way returned the favor. 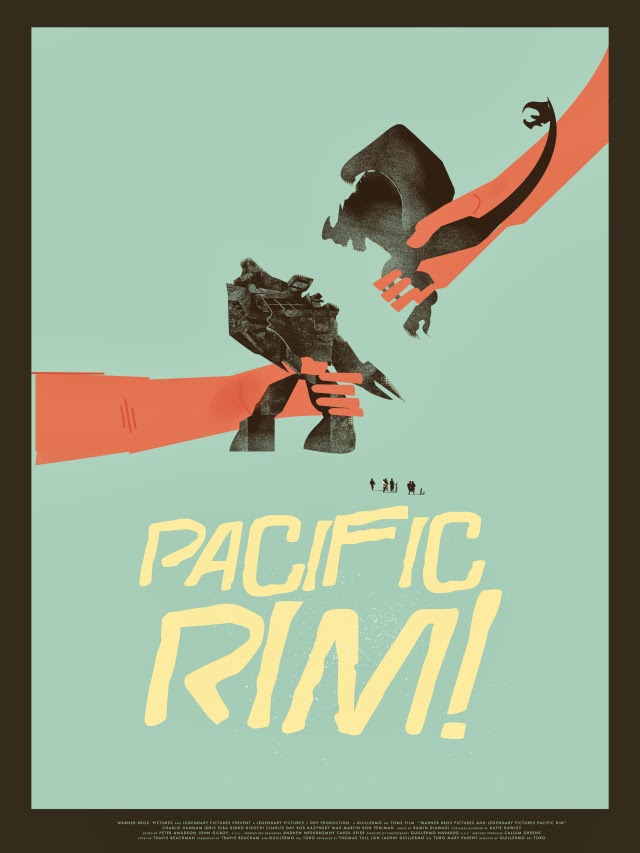 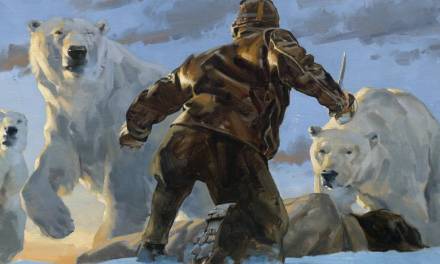 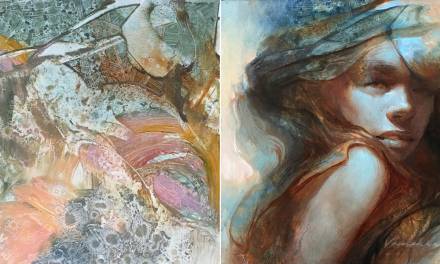 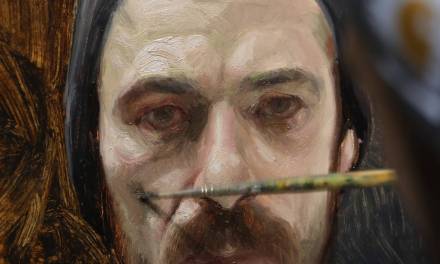