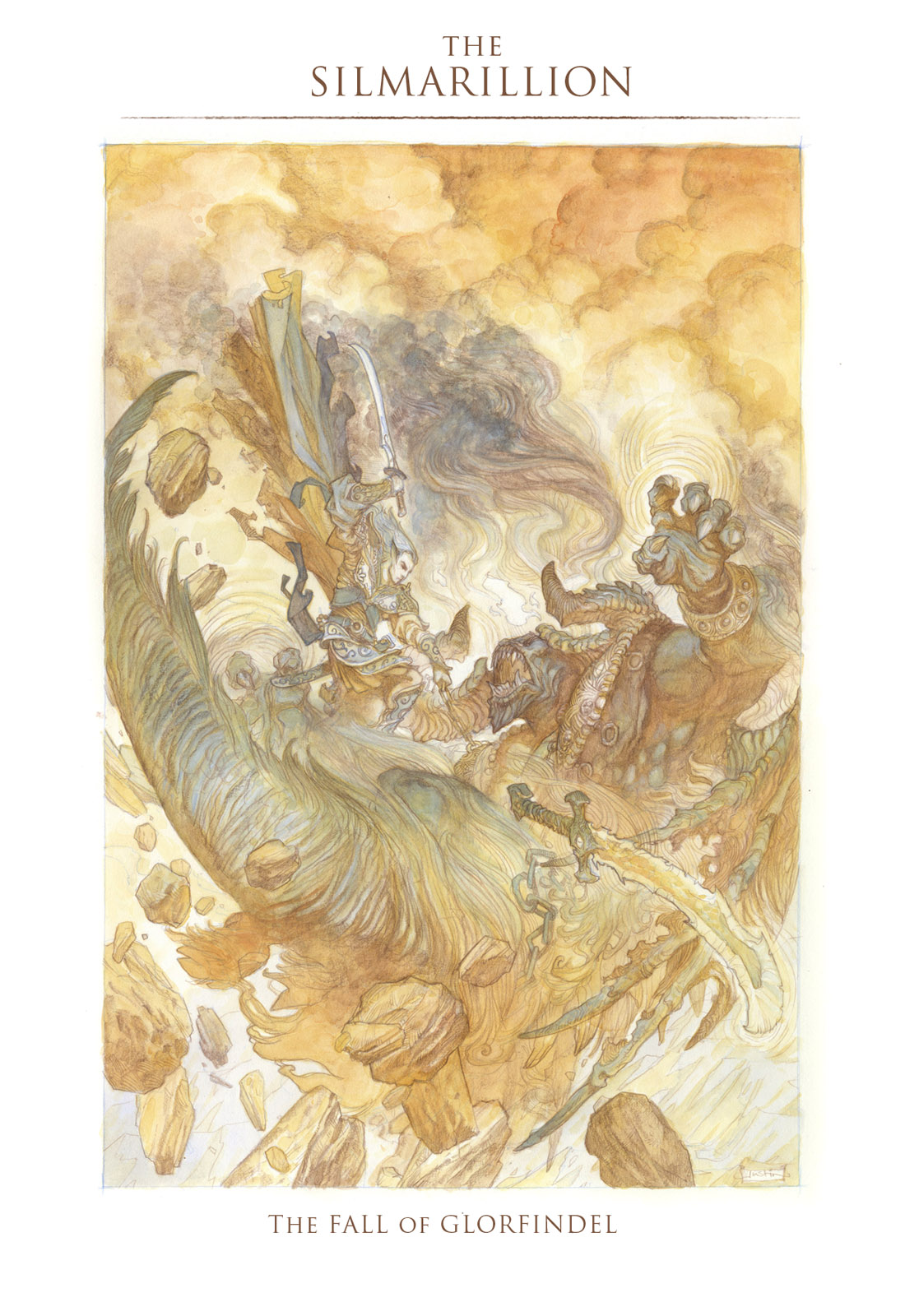 On April 14, I will be having a show at Gallery Nucleus. The show is based around J.R.R. Tolkien’s The Silmarillion.

This piece is from the fall of Glorfindel, which is a precursor to a similar event that takes place in the Lord of the Rings, when Gandalf confronts the Balrog in Moria. Not much is written about this particular scene in the Silmarillion.  In fact, it lasts only 2 lines, which end in: “…And both fell to ruin in the abyss.”  But it is one of the things I love a great deal about Tolkien, that he creates such a rich world, that even really brief passages are loaded with possibilities. The show will feature watercolor paintings as well as studies and developmental drawings. I will be posting more of these in the weeks to come.  For more information on it check out the post on Gallery Nucleus’s website. 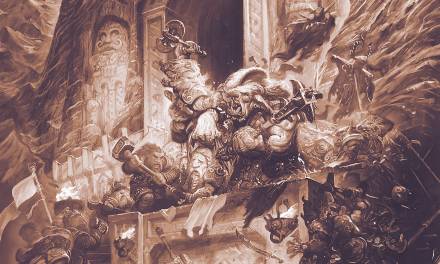 Let’s Be Normal for a Change: Dain v Azog Process 1 of 2