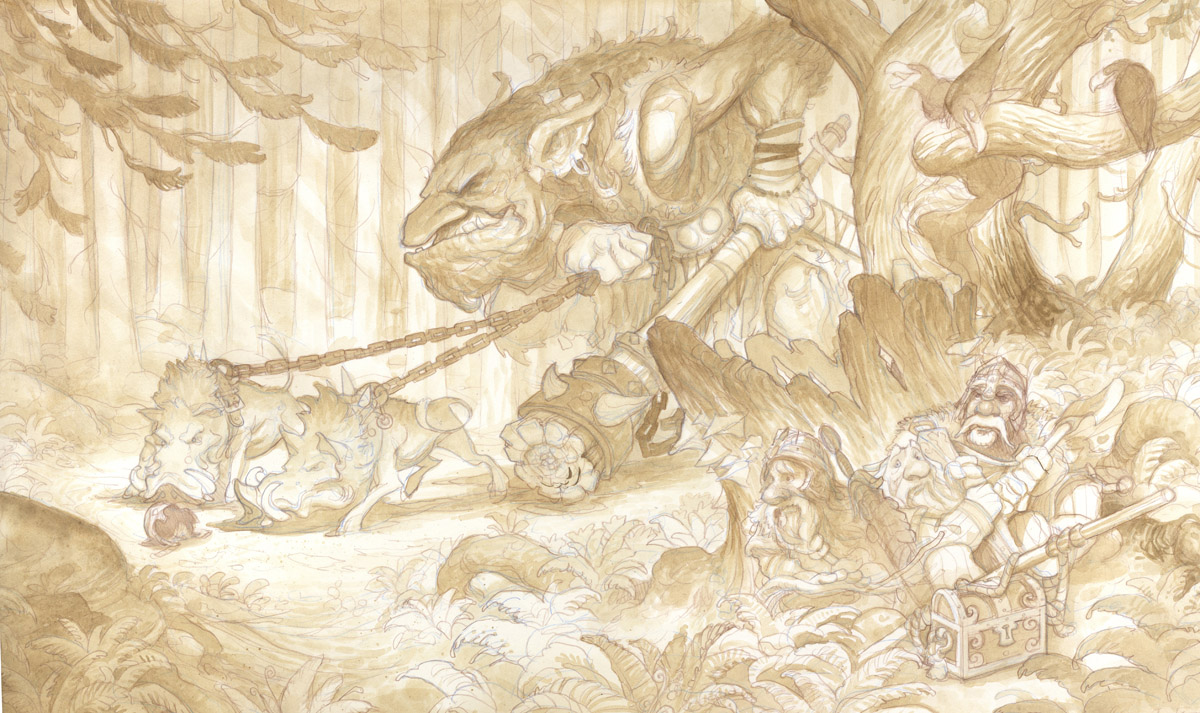 By Justin Gerard
Sometimes, in spite of all the precautions and idiot-proofing, I still manage to bungle things.

In this case, I got halfway through the initial washes of the watercolor before realizing that I had screwed up the composition and it was really hurting the image. Since I wasn’t under any particular deadline for the piece and I hadn’t gone that far yet, I decided to start over. Under other circumstances I would have tried to fix it by painting in the corrections or reworking it digitally. Since I had the time though, I decided to repaint it.
Here is part of why it was bad: 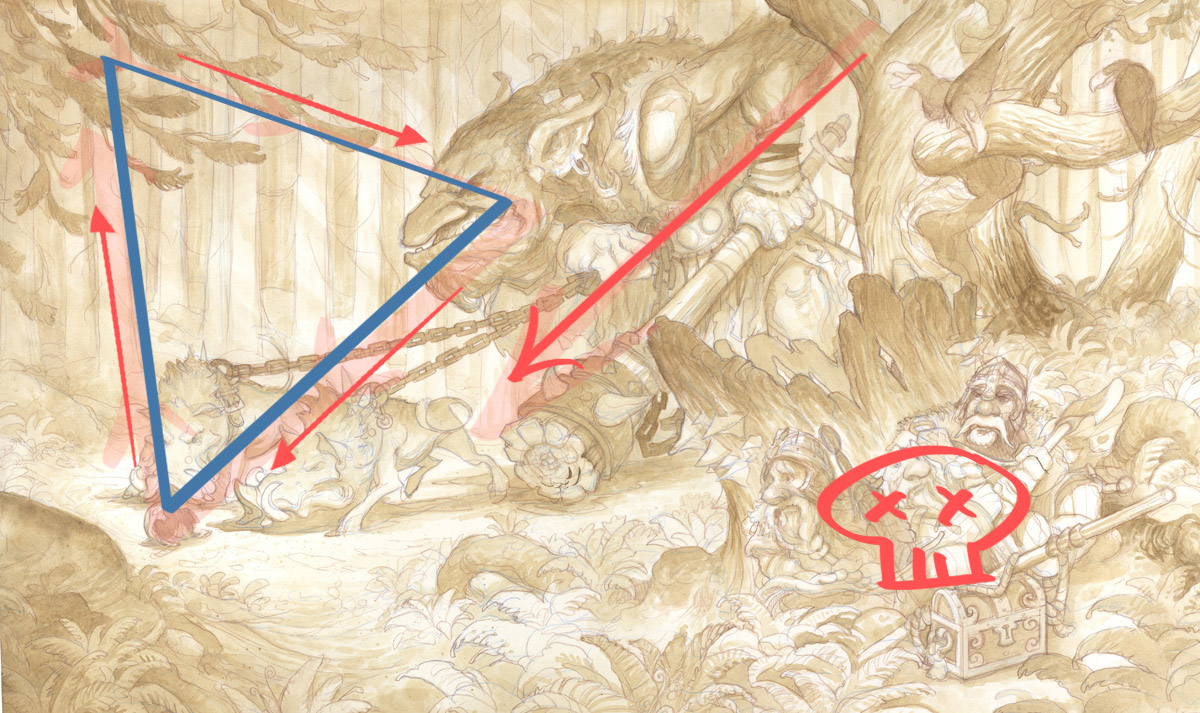 THE TRIANGLE OF DEATH
A triangle of death is an area of the image where the composition allows the viewer to get trapped and leaves part of the image as dead space. In this case, the foreground branches at the top left lead down to the troll’s face, which then points down to the boars and the helmet. This would be ok except that the sharp verticals in the background trees pull us back up into those branches, creating a self-contained compositional form that splits the image, leaving the dwarves, who are a main narrative element, as a separate dead space.
The strong red arrow in the middle shows the line where the image gets split. This can still work if you have text that goes in your image, or if this image were to be intended for a wrap-around book cover. Since my goal was a stand alone poster image, this compositional dead space was a failure.
How to solve this?
I didn’t want to monkey with the characters, because I really like their arrangement and their relation to one another. So I decided to employ a classical solution that has been used by artists for centuries:
When in doubt, add more trees. 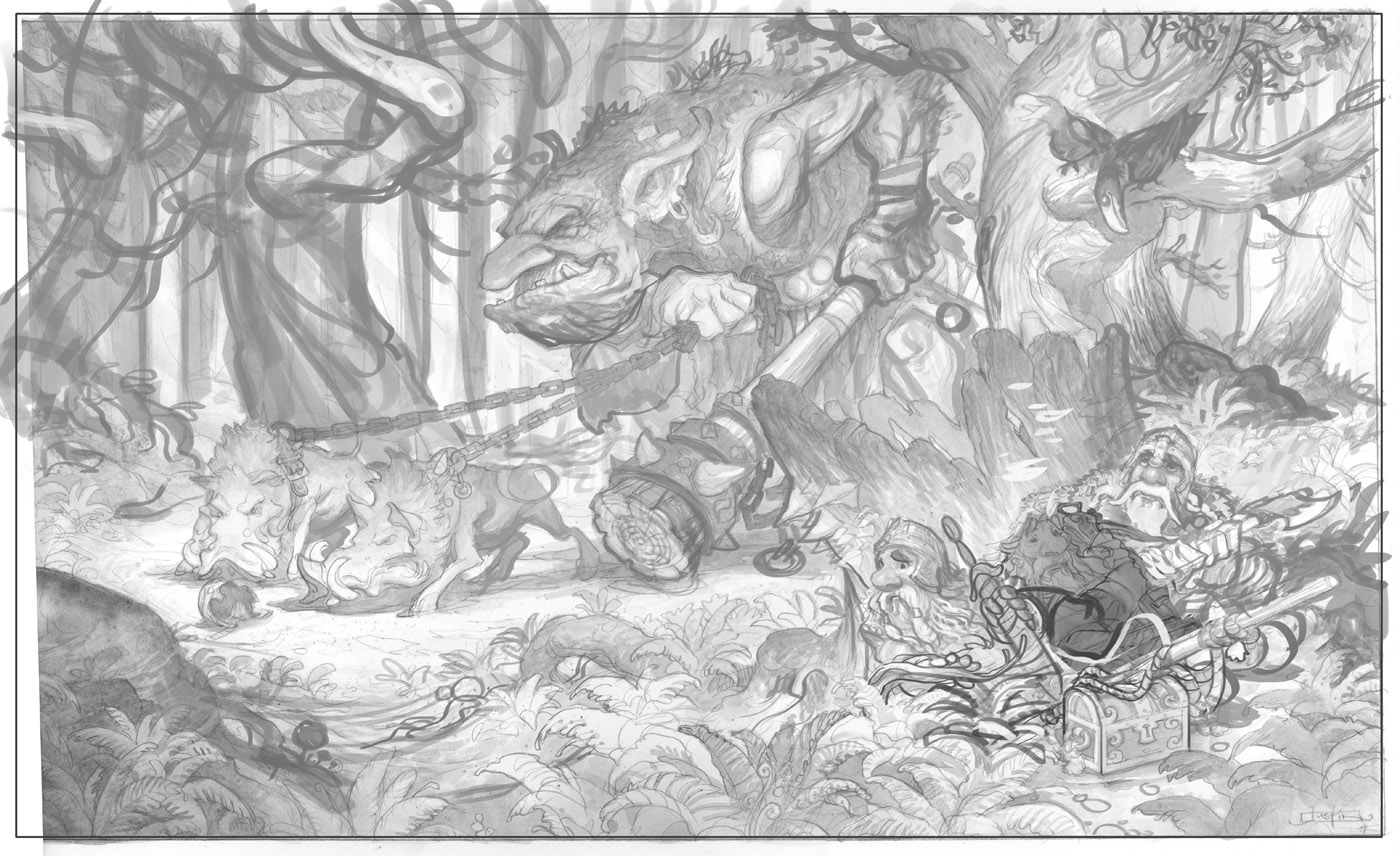 Reworked Composition
By placing the organic tree shapes over the boars I am able to break the Triangle of Death and keep the composition moving, while at the same time adding more interest to the image itself.  The reworking also gives me a chance to play up the more foresty aspects of the scene to deepen the environment (as was suggested in the previous post’s comments.)
Thanks for all the feedback everyone!
Next: Tight Pencil Drawing 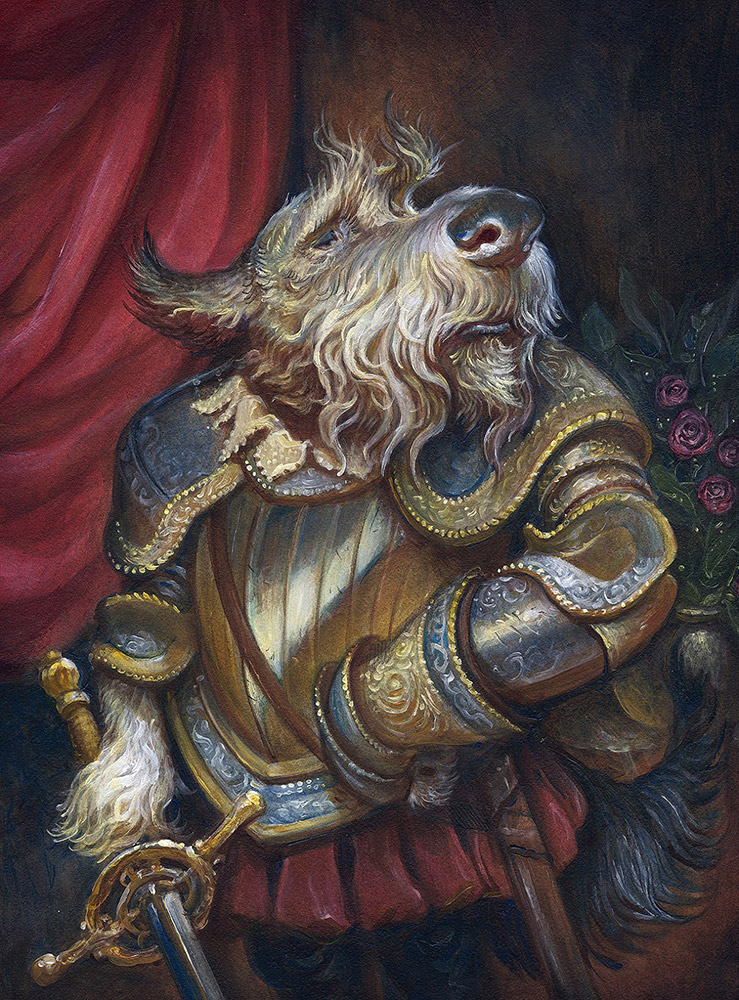 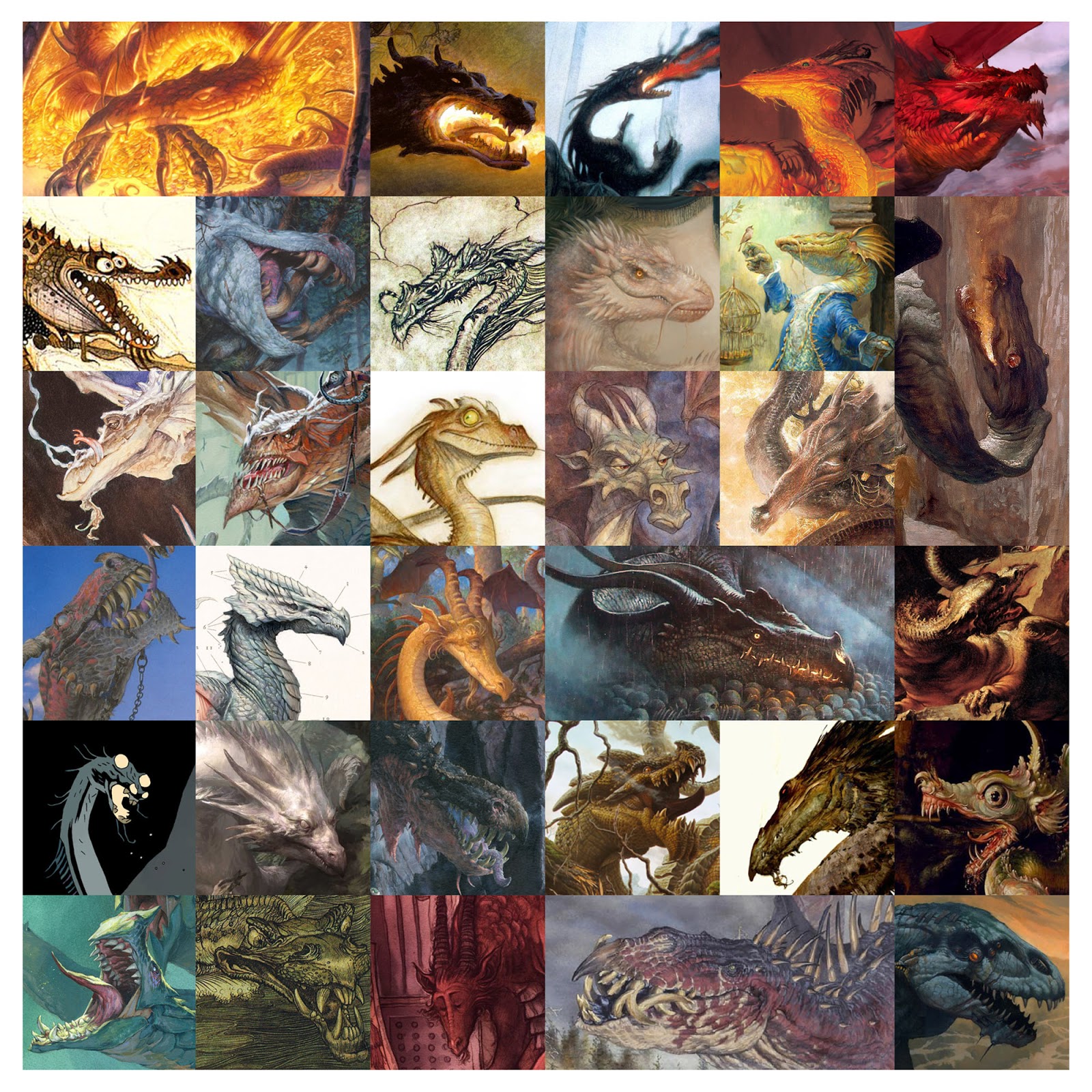 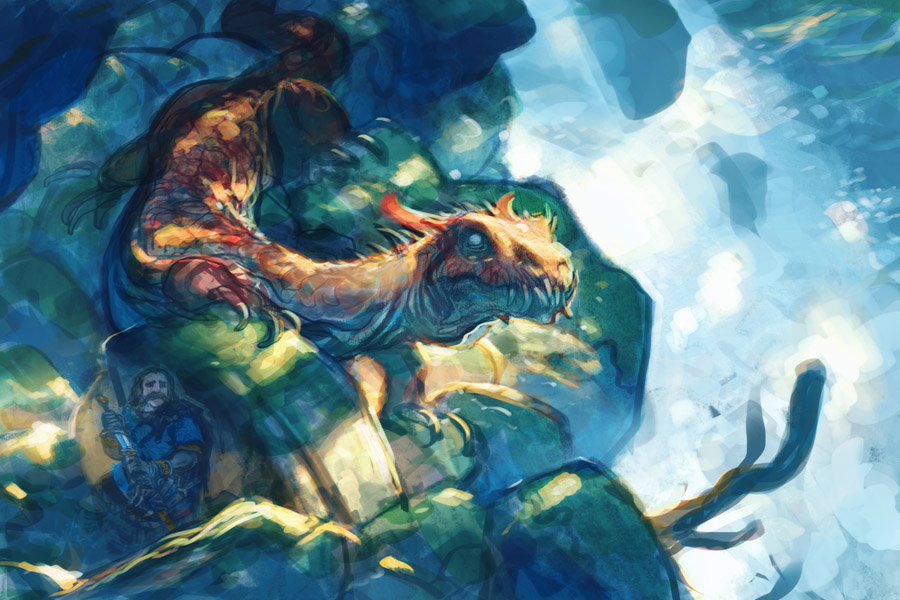 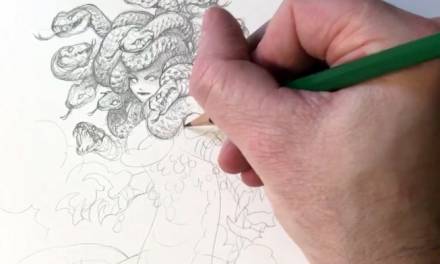