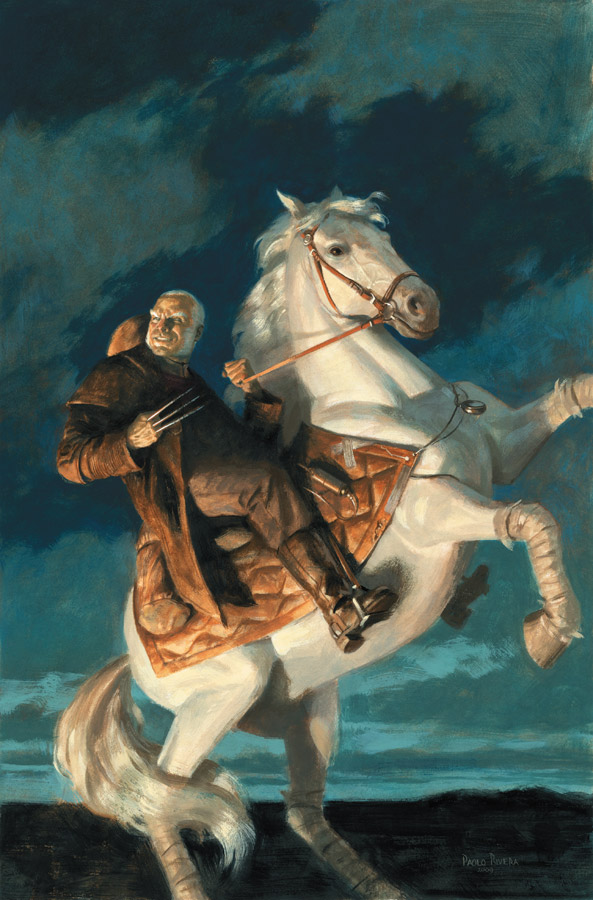 Part 2: Where do we find reference?
— Strategies for knowing what’s out there —

In part 1 of this series, I demonstrated simple, but useful strategies for finding visual reference on-line. But how do we even know what’s out there? While the quality of your query has a tremendous impact on the answers you receive, and while search engines do most of the grunt work, your results are still limited to what is available on-line. So how is one to know what one doesn’t know?

For the sake of argument, let’s imagine that the picture you need is out there, just waiting for you. Your chances of finding it will vastly improve if you take the time to anticipate the unique circumstances under which it would be published on-line.

Let’s start with a mundane example. In Mythos: Fantastic Four (2007), page 19 called for a scene in which the super-family stood behind glass doors with a montage of their future adventures in the reflection. “Glass doors” would provide perfectly adequate results, but by determining the name of a particular brand, Herculite, I gained access to a different kind of photo — those taken in order to sell a product — and thus technically competent, complete with details of components and hardware. While not absolutely necessary in this case, it’s a useful tactic that can be broadly applied to any product on earth. If it can be sold (and what can’t?), then there is a picture of it on-line.

It’s all about finding the right keywords. For instance, in Mythos: Hulk (2006), I was required to paint General Ross, a 3-star general in the Air Force. Now searching for “3-star general air force” will, for the most part, give you the needed reference. (I feel like the same search yielded poorer results 7 years ago. Although my memory may be faulty, it’s just as likely that the image pool expanded or algorithms improved.) But if you’re after authenticity or, perhaps, higher picture quality, searching for a specific 3-star general will give you far better results. By researching a handful of particular people — first discovered through the initial, cursory search — I was able to find a multitude of high-resolution photos from a variety of angles. Many were print-quality, and boasted enough detail to reveal the intricacies of medals, pins, and buttons. Obviously, this works best for public figures, but it is increasingly practical for private individuals as well (for better or worse). And if you still need more detail, don’t overlook the uniform.

I should also note that I typically search with the “Large” filter enabled, which can be found under “Search Tools.” You can even stipulate the megapixel count. While this limits results to photos above certain dimensions, the side effect is that it can yield less pertinent ones: there are less pictures out there at higher resolution, thus the query must scrape the barrel of relevancy. This is precisely why specificity is needed to reign it in.

A related case involved police cars which, if you’re going to draw superhero comics, you had better be able to draw. I’ve downloaded several Sketchup models from Google’s 3D warehouse, but additional reference is often needed to reinforce the basic structure with specific details, especially the lights. It was not until I started searching for a certain “light bar” that I found satisfactory images.

What if you need to paint something (or someone) on fire? There are plenty of pictures of fire on-line, and even some of a “man on fire,” but refining a search to fire stunts or, better yet, finding the web site of a pyro-maniacal stunt man, provides precisely what is needed to bring certain fiery characters to life (or death). Some of you may remember the fantastic pictures I found when I detailed my search on April Fools Day. And if you’re just looking for great flames, try “fire breather” or “oil fire.” The same goes for energy effects, examples being Tesla coils, wake turbulence, or plasma.

So far, what I’ve detailed is just a more comprehensive exploration of the strategies I introduced in my previous post. While they may be helpful (and I hope they are), I also want to counter a particular search method I’ve witnessed many colleagues use. I call it the “children playing” fallacy.

Let’s say you’re painting a playground scene. Whatever. You need pictures of “children playing” and using those 2 words will give you images of just that. Fine. The downside is that you get a lot of generic, ubiquitous stock photography because — get this — they want you to find it. Under what circumstances would someone tag a photo “children playing?” I certainly wouldn’t do that to my children (assuming I ever have any). Now stock photography can be useful, but you should only use it for the most generic of information — in other words, the generic purpose for which it was created.

So how would your as-yet-undiscovered photographer label their pictures? Perhaps I need children of a certain age? Why not submit “8th birthday party” instead? How about “3rd grade school play?” By coming at the problem from an oblique angle, we’ve let Google know precisely what we’re looking for. And while this example may not be pertinent to your own goals, I hope it illustrates the way I think before I type.

This technique also performs well with Flickr (though quotes around search terms help). Images are often grouped into albums according to event and date, providing individual people and settings from multiple angles. You will also find more candid pictures, since the photographer will be in the midst of genuine action (and very well may be part of it). The main point is to put yourself in the position of both the photographer and the social networker. First things first, what are you drawing? Would someone even take a photo of that? If so, where would they publish it? Finally, what would they call it?

Now if all this sounds a little creepy, I can certainly understand. (I don’t put anything on the internet I don’t expect people to see. ) The objective is excavation. What we should be taking from these photos is specific, but anonymous information: clothing, setting, furniture, gestures, cars, hairstyles, foliage, and architecture. We want the elusive “telling detail,” not someone’s personal photography. I have too often seen portfolio pieces that include a direct copy from an anatomy book that I own. That’s fine if you’re practicing — I’ve done it plenty — but don’t superimpose knight’s armor on a nude model and try to pass it off as your own. If you want real practice, try drawing the same pose from a different angle altogether.

Rant over. Getting back to Flickr, it’s a great resource because of the skill, access, and personality of its contributors. If they care enough to share a photo, chances are the quality is high enough to be useful to you, the illustrator. I have a whole folder of nothing but NYC rooftops and water towers, all taken by other people. Again, what I’m taking from the photos is not the composition, but 3-dimensional information — nuts and bolts and struts and vents — that the photographer has no claim on.

I can’t stress this enough. Nor can Marvel, my biggest client: every new freelancer gets an “Original Artwork Policy” that unequivocally states what you can and can’t include in your work. Celebrity likenesses, for example, are a big no-no (unless you get their explicit permission, which I did in one notable case). Same goes for everyday objects: you are welcome to draw New York architecture, but it had best be your own expression of it. That means no upping the contrast on a photo you found and using it as a background (unless, of course, you were the photographer).

Most often, this boils down to the careful extraction of 3-dimensional information from 2-dimensional representations. But as technology has progressed, and 3D graphics have become available to everyone with a computer, the process of finding information has become easier than ever (while making it harder than ever to claim or maintain copyright). What illustrators used to call a personal “morgue file” has become an expansive archive cultivated by the entire civilized world. There may be things that aren’t on the internet, but I haven’t found them. 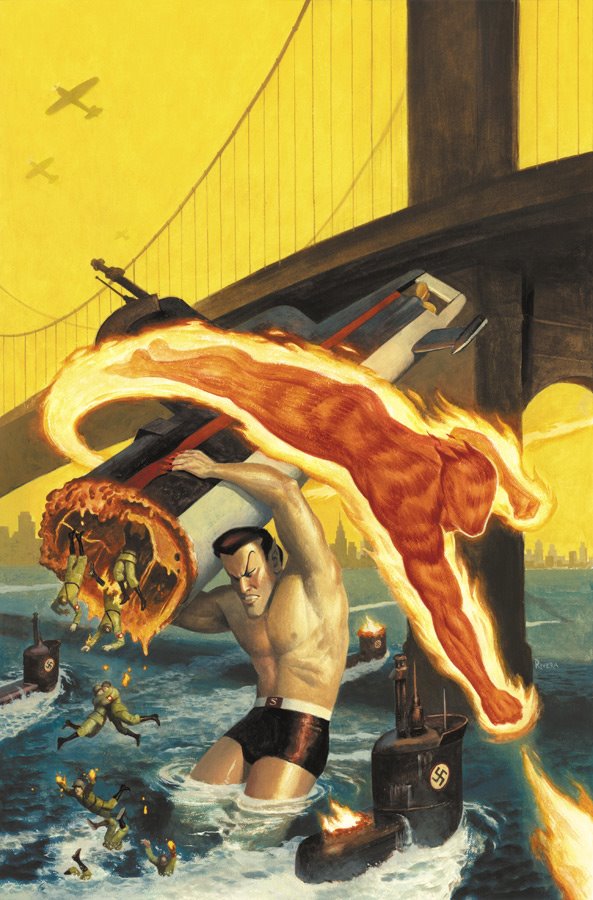 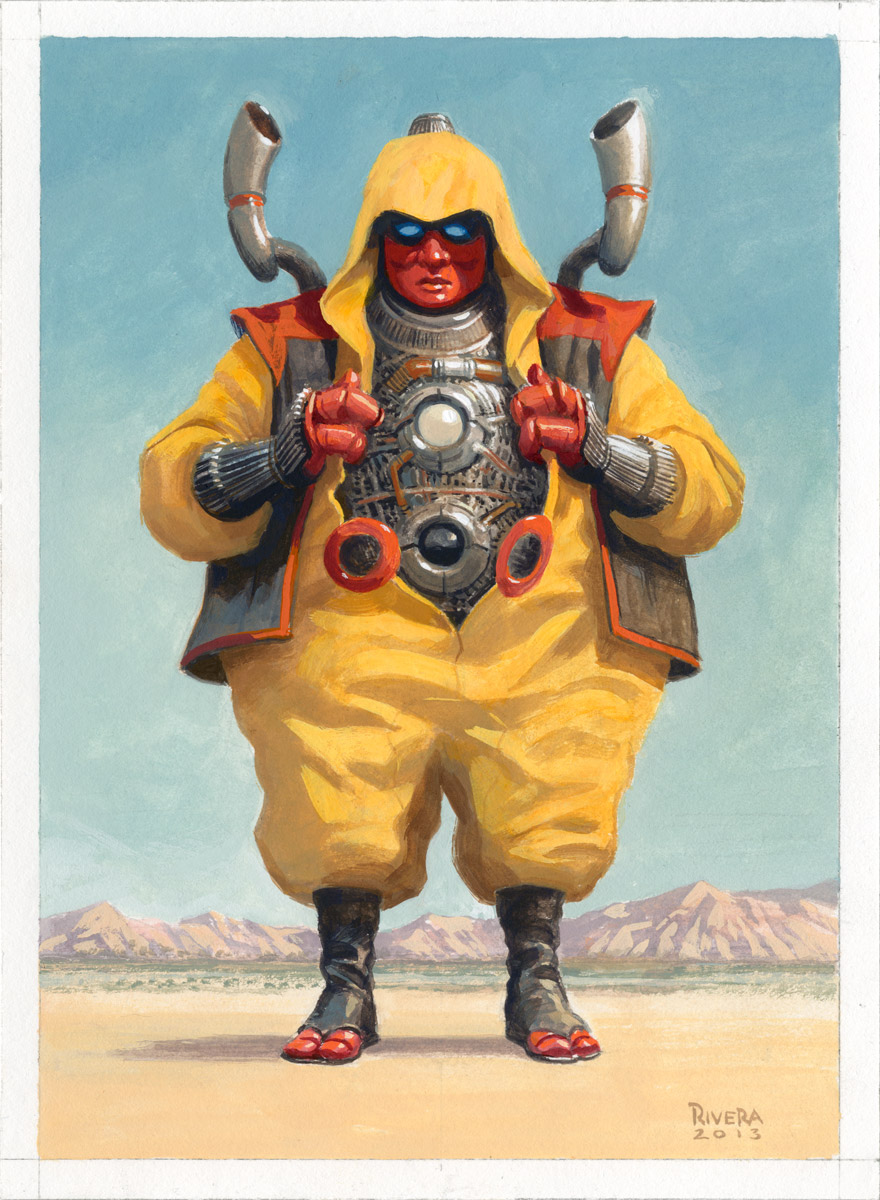 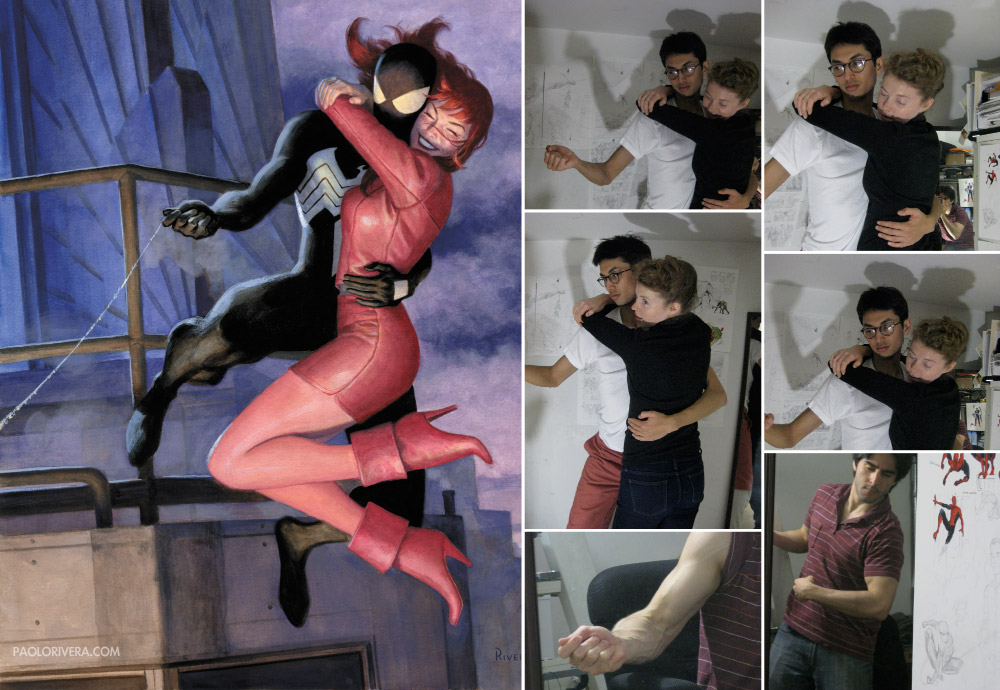 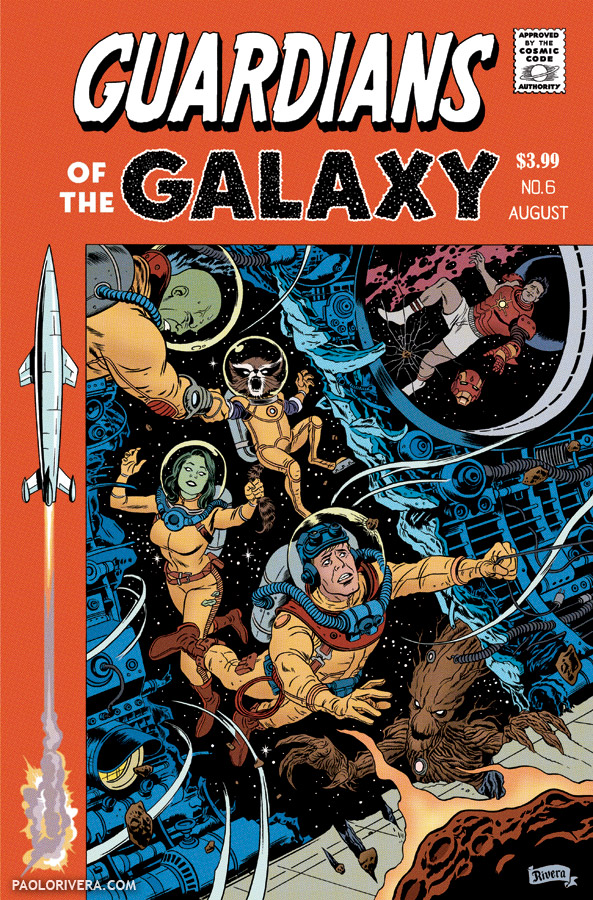