About a dozen years ago I started doing research and preliminary design work for a group of statues, The Seven Deadly Sins Carousel. The plan was to create a statue for each sin as a stand-alone and then group them on a pivoting platform that would act as a carousel. There would be a tented cover, at the apex on which would be mounted a harlequin holding a long undulating scroll with the names of the sins and their various punishments. I roughed out five and focused on completing the design for Greed.

And then something happened that is not uncommon to a free-lancer trying to do his own work. Most of my time belonged to my clients and there was very little left over for me. So, the Carousel idea went to the Someday File.

I recently retired from commercial work and thought I’d like to try my hand at illustration again. I hadn’t done anything 2D with any seriousness for a decade. I had a peek at the Someday File and saw Greed. I knew I was never going to be able to produce it as a statue but maybe I could illustrate it as if it were one. I found a sheet of heavy velum stored among the Someday Materials, a box of Turquoise 2B leads and went to work. After a few weeks of a couple hours here and a couple of hours there, it was done.

Greed and Gluttony share many of the same characteristics and I’d planned on sharing some of the same symbolism of each with the other.

The frog symbolizes greed because it is a greedy creature in desiring to live in both worlds- on the land & in the water.

My first drawing in ten years. Twenty by twenty inches. I propped it up on a chair, stepped back and felt a real sense of accomplishment I hadn’t experienced in a long time. I’m going to produce a small edition of Giclee prints for a couple of up-coming shows. Who knows, maybe I’ll get that Carousel done after all. 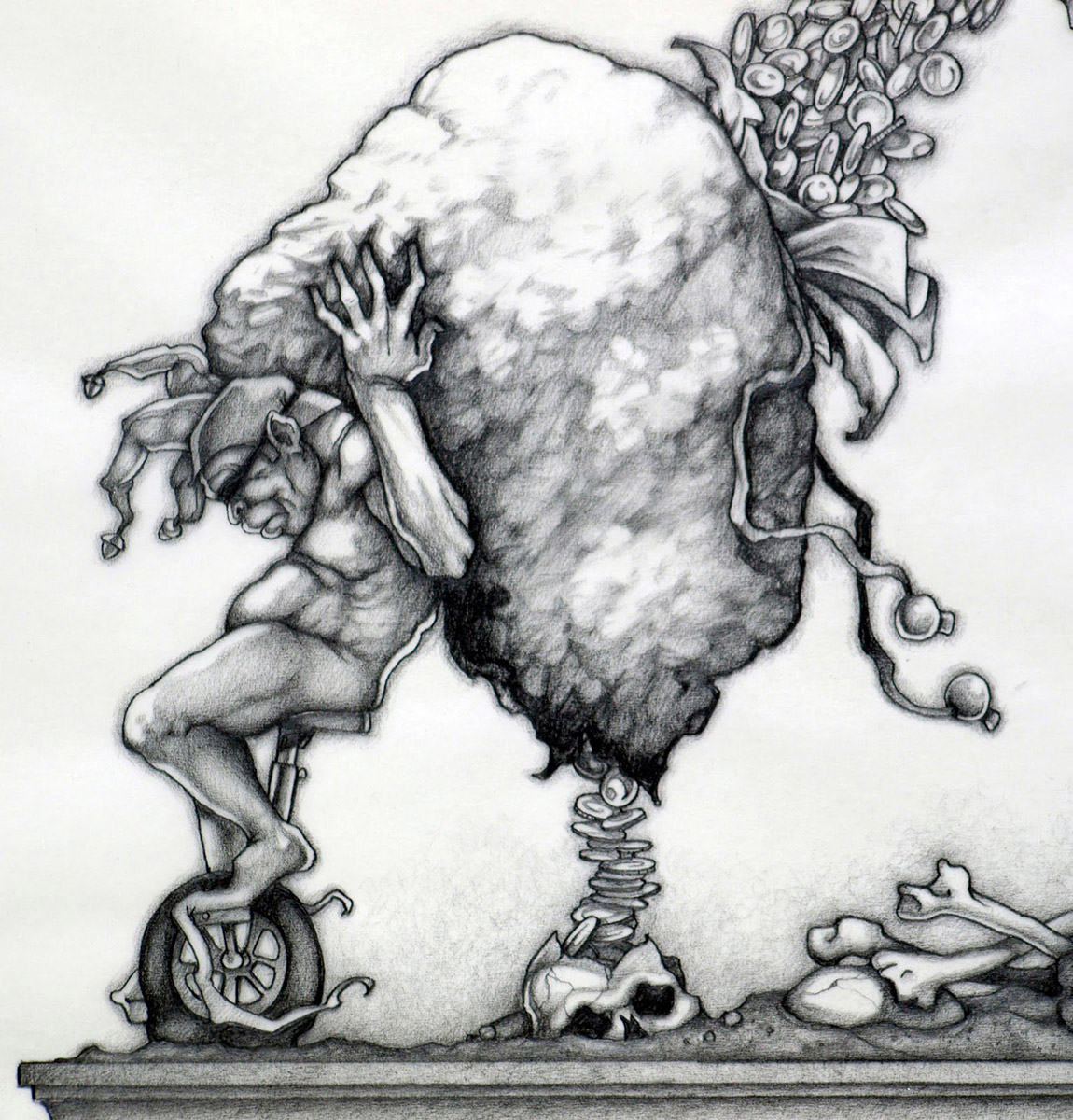 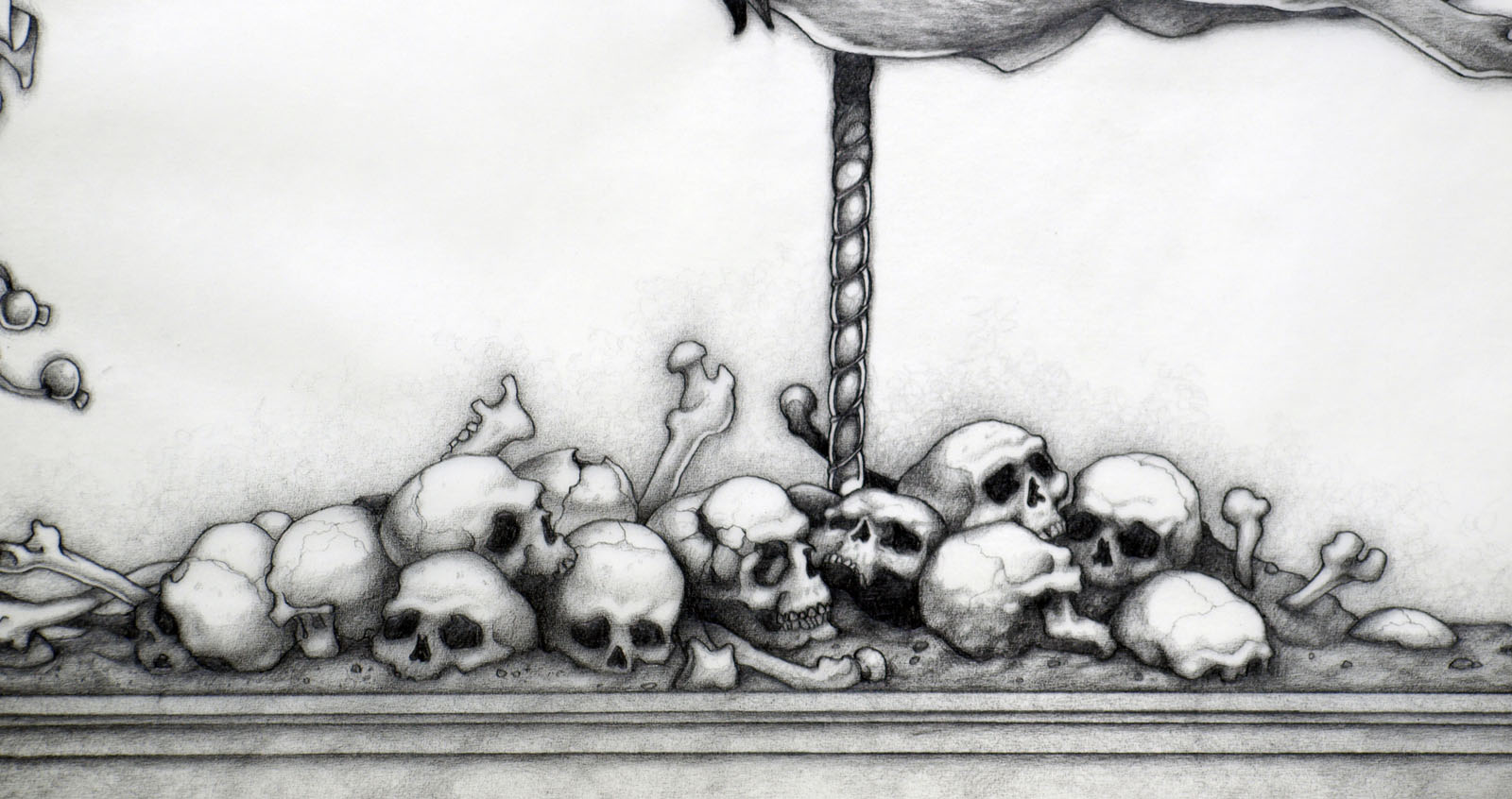 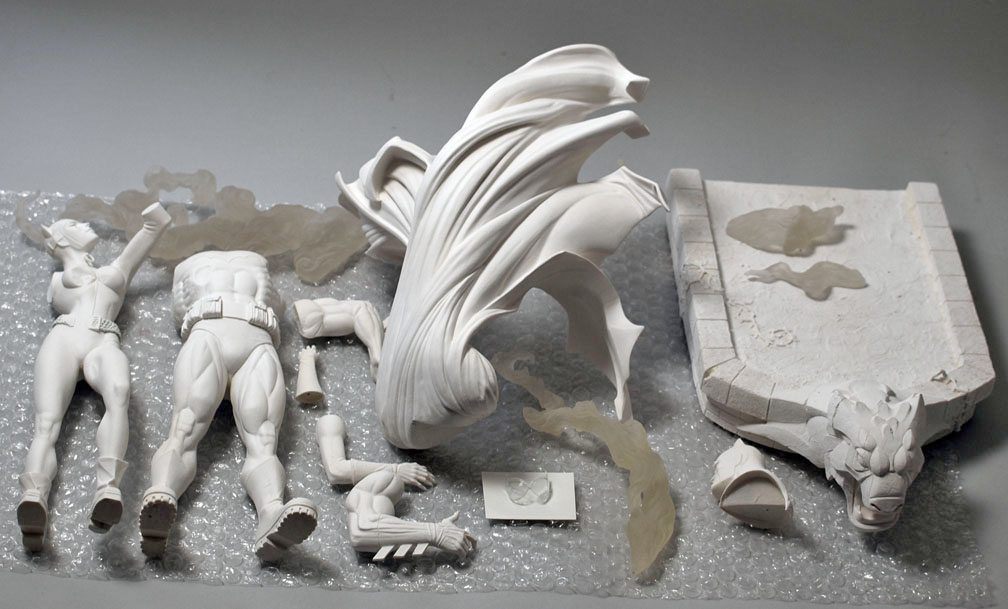