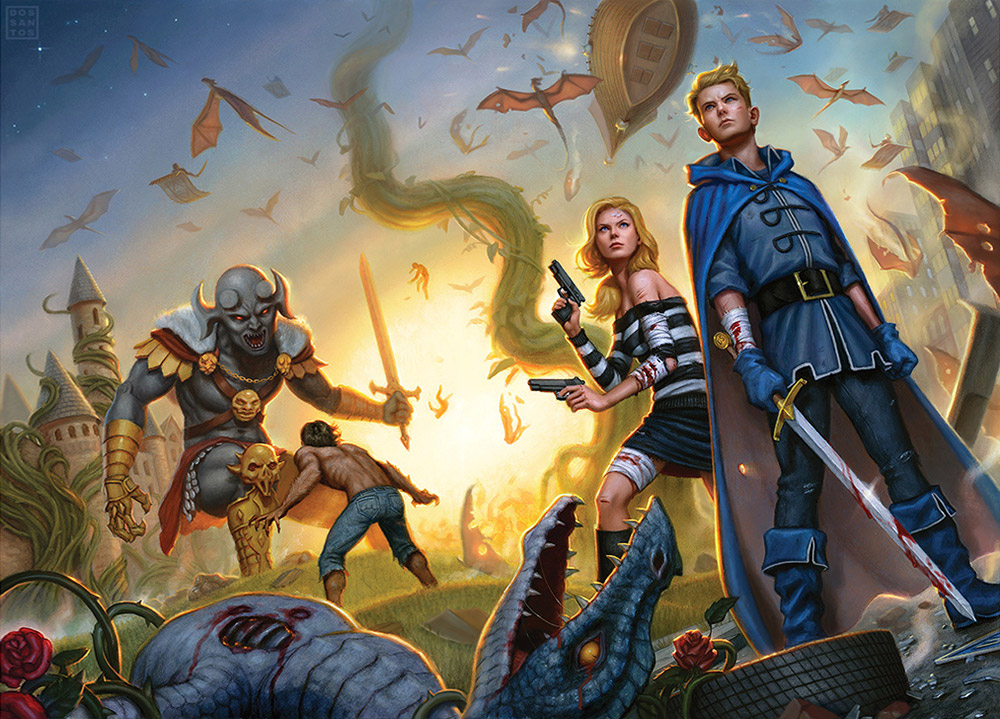 A little while back, I was contacted by DC/Vertigo to create the cover for their upcoming Deluxe Edition of Fables. I have picked up the series at Volume #9 (where James Jean left off), and will hopefully continue to work on these graphic novels on for the foreseeable future.

Because this cover is for a compilation of issues, and not just a single issue, we wanted to capture a LOT of different aspects of the story.

Below are some of the thumbnails showing other possibilities. 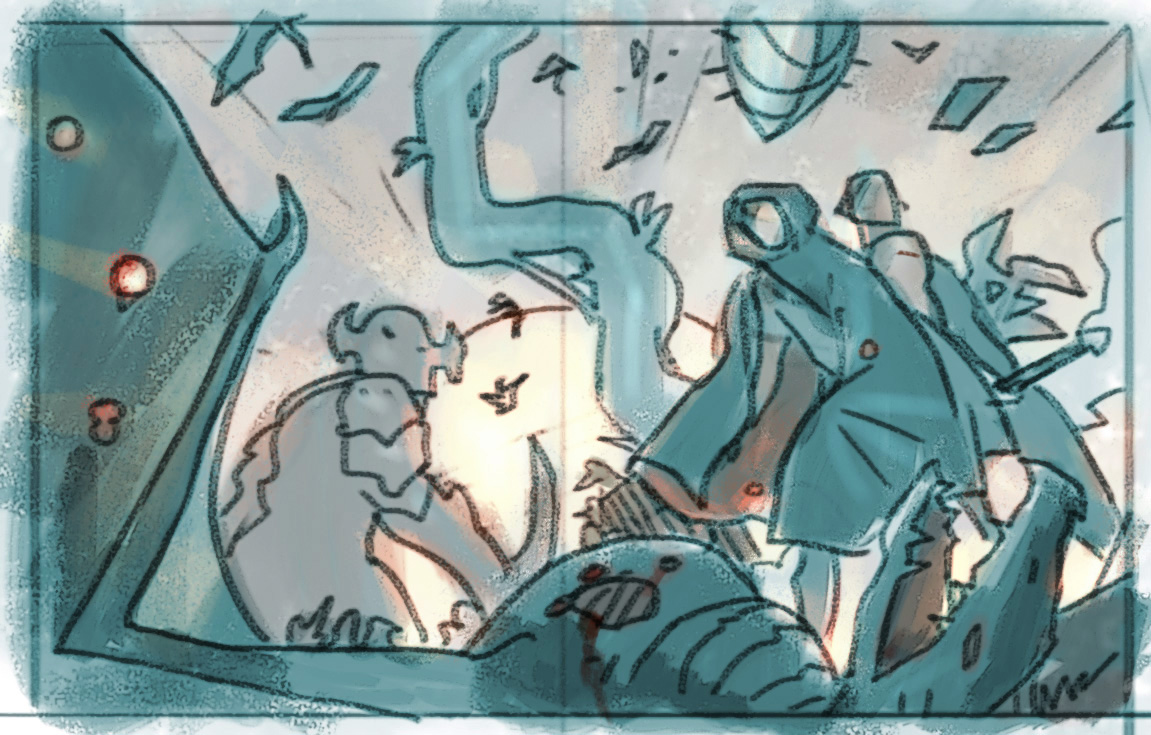 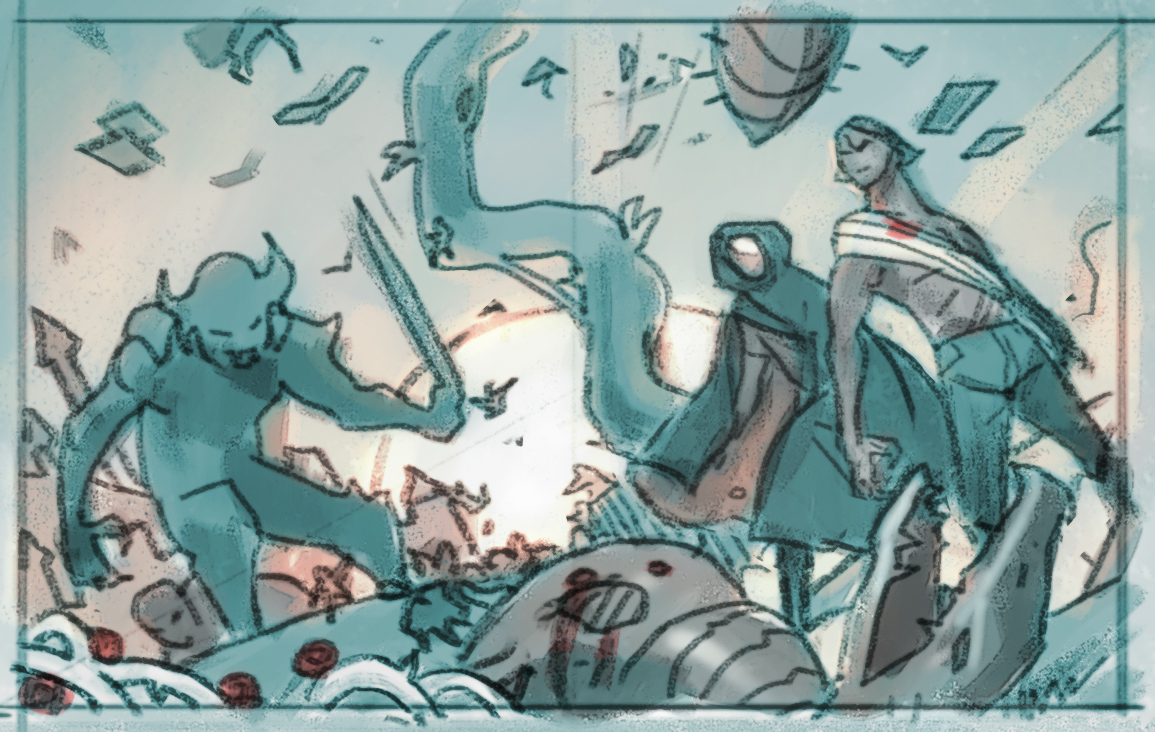 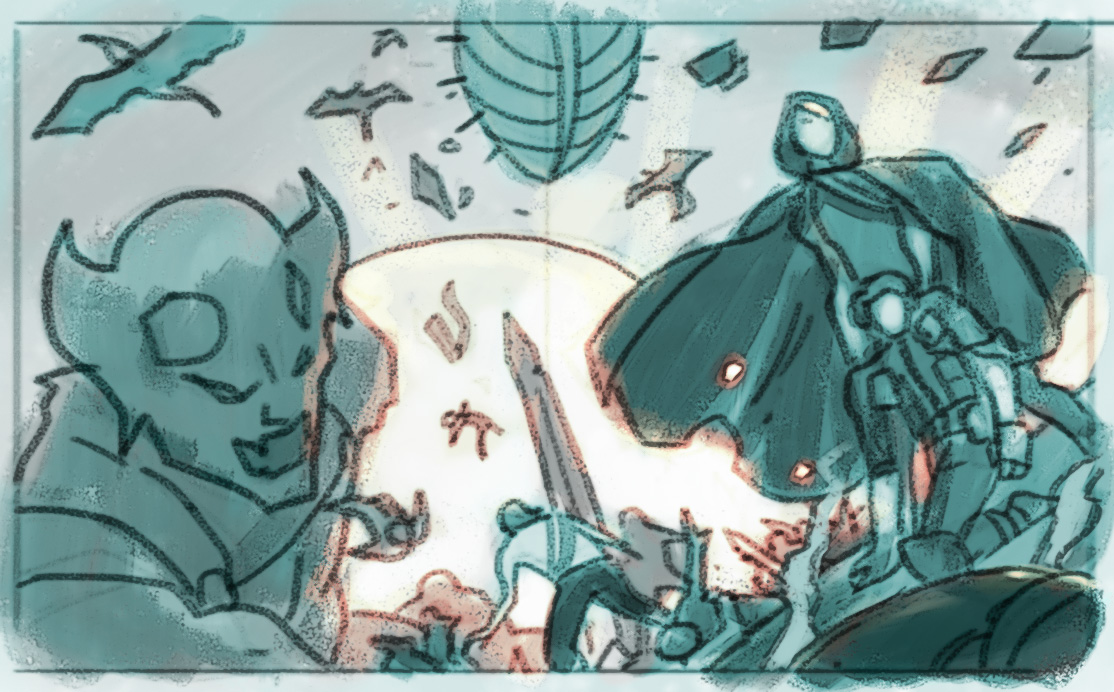 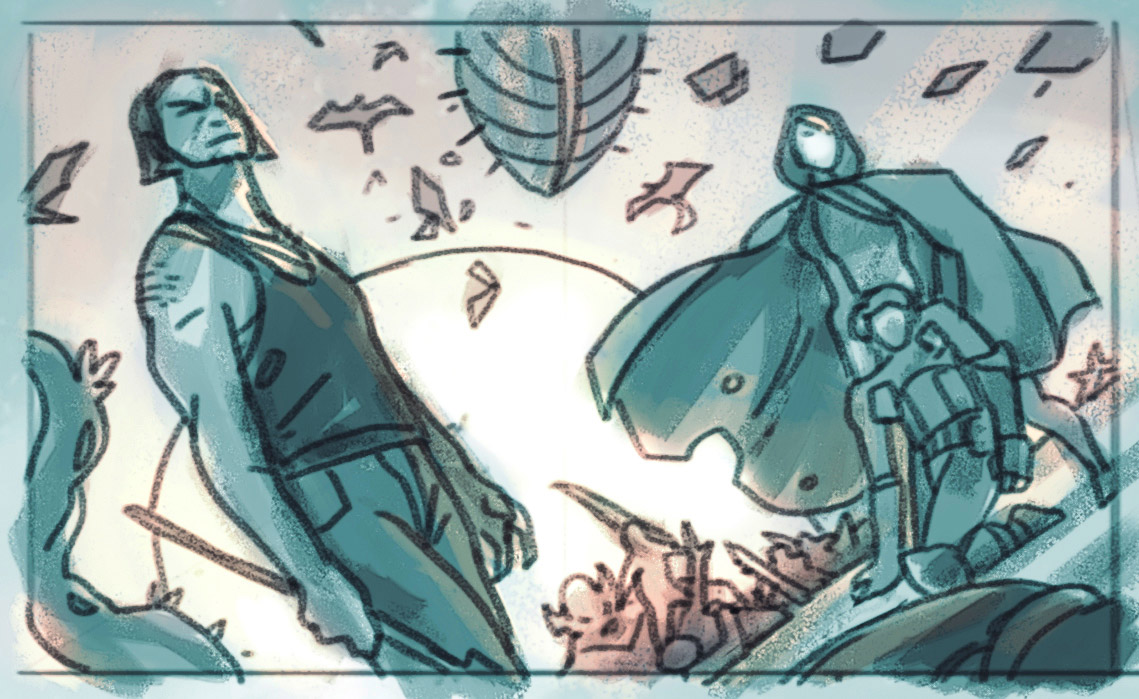 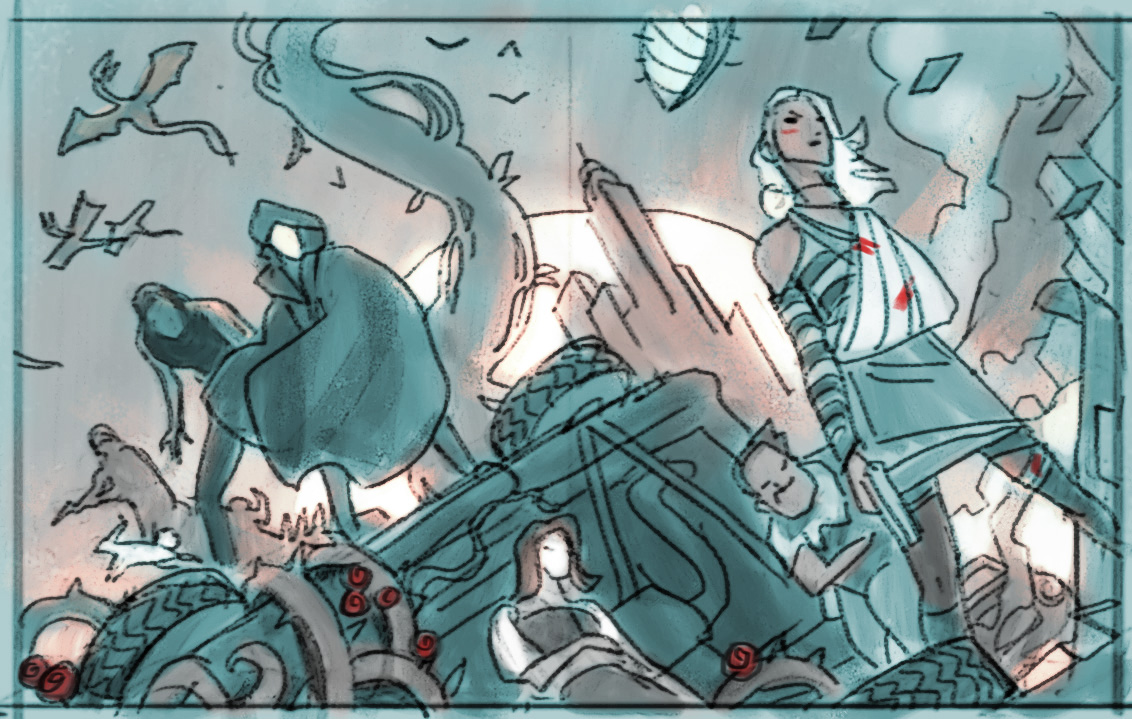 Ultimately, the AD decided to go with a combination of the sketches, and asked for me to show Boy Blue prominently in the foreground, as he is the main protagonist of this particular story arc.

The changes posed a few problems, because I had initially planned on giving Boy Blue a much more dramatic cape and using it as a framing element. But now that he was in the foreground, a big flowing cape would have covered up too much of the composition. I had to settle on a more heroic (and somewhat more static) pose to pull it off.

The final image is acrylic and oils on board, and is approximately, 20×30 inches. 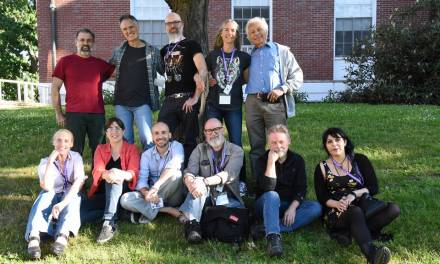 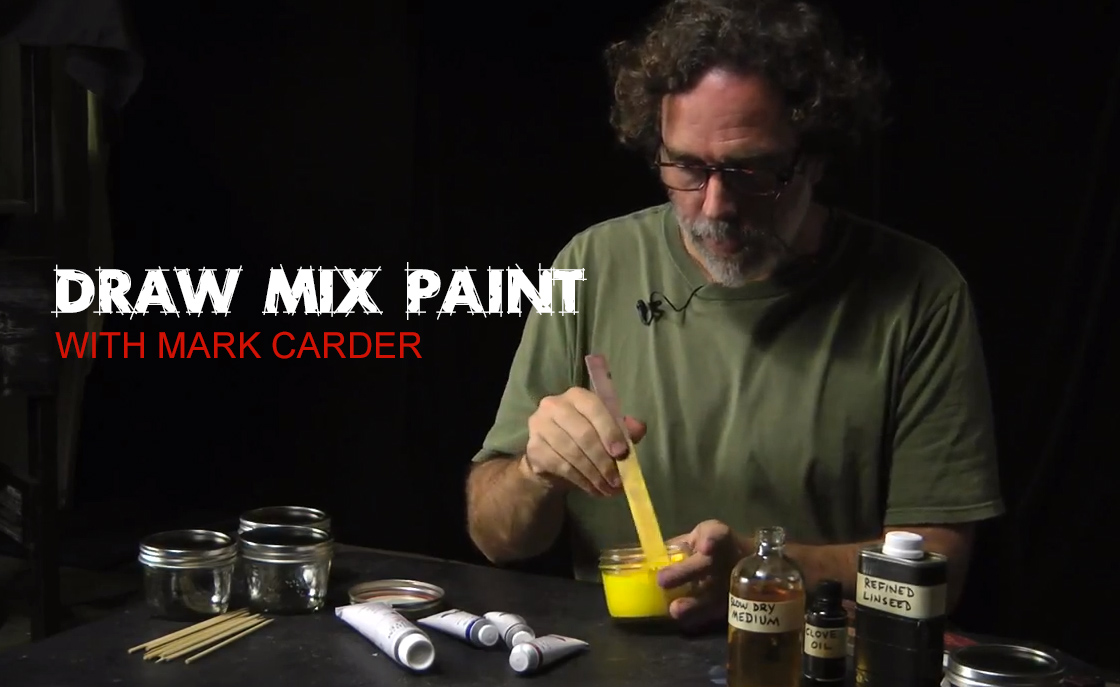