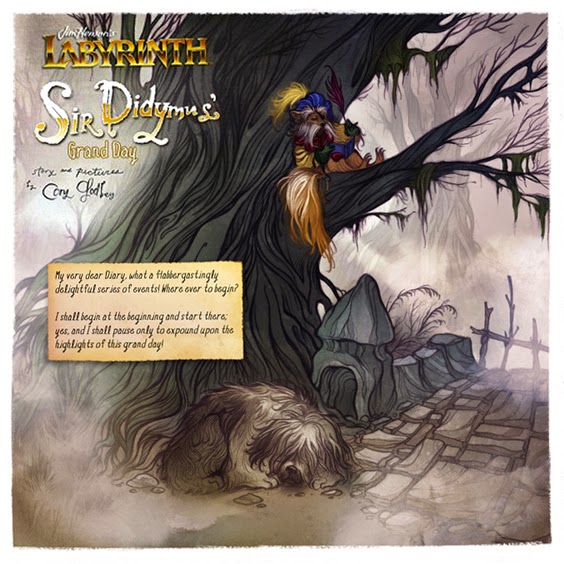 _______________________________________________
This particular story I had the opportunity to write as well. It was pretty short; four pages. Even so, that’s probably just as well. My writing method is, in a word, messy. Below is a picture of only one of several pages worth of notes. Drawing feels as natural as breathing to me but I have to marshal my thoughts for writing in a different, shall we say, convoluted, way.
I’ll put down notes, circle them, draw arrows, rearrange, redirect, criss-cross lines back and forth… tends naturally towards confusion and scribbles. It’s almost labyrinthine.
Once I hit on the idea and got it approved, I scrawled out some thumbnails and planned the layout.
Next, I moved on to the drawings. For these I ended up scanning them still in progress and arranging them in a kind of half-step between thumbnail and rough. My initial thumbnails were so loose I wanted the editor to be able to see more clearly where I was headed.
Now, you’ve no doubt been able to gather from how scattered I write, how scribbled out and nearly useless my thumbnails are, all of that — my comics process is a little fragmented. Alright, fine, guess what, it’s literally fragmented. I tend to draw everything separate and figure out panels later. I don’t like drawing small. Or in panels. That’s absurd, you might say, it’s comics. And you’d be right. But I fell into comics on accident. And I’m obliged to make it up as I go. (How I started doing any comics at all might worth a post of it’s own in the future.)
What it amounts to is drawing each panel individually. It’s not much more effort or time and it feels more natural to me.
Here’s a look at some of the original scans of these “panel” pages. 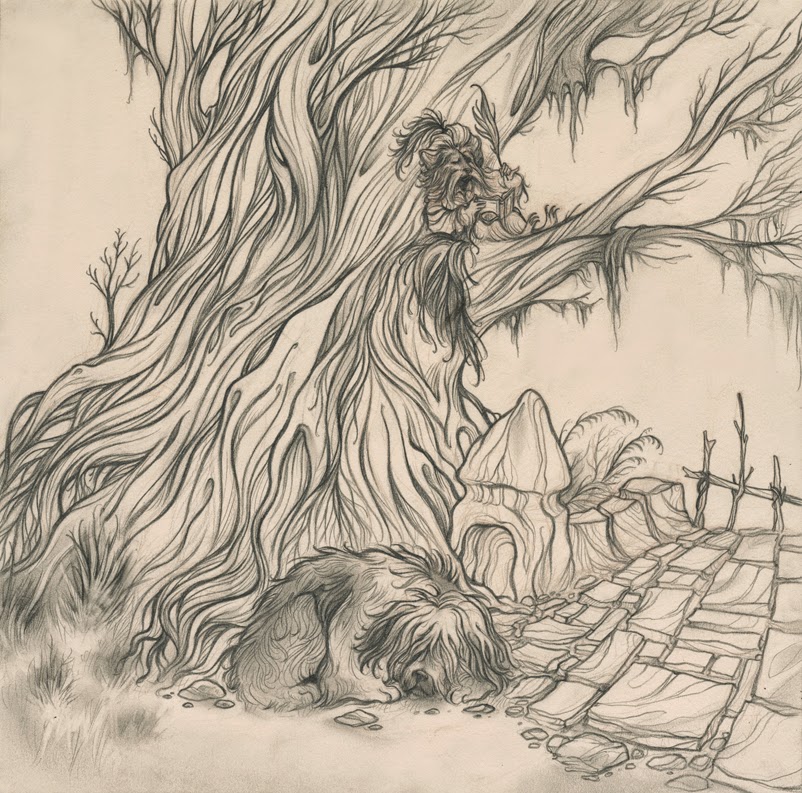 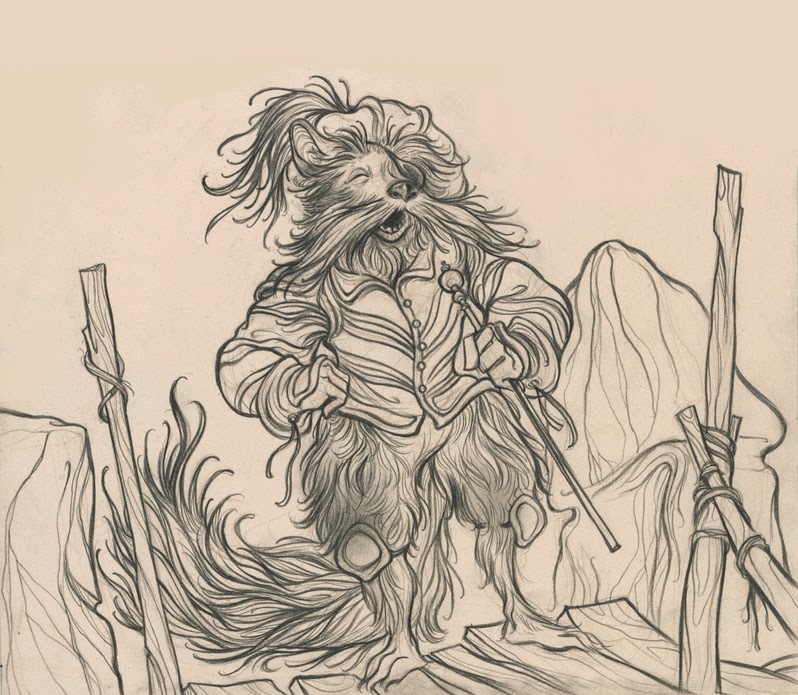 Once finished with the drawings I scanned them and began to prep them for the final work, flatting shapes to block out the figures and elements. 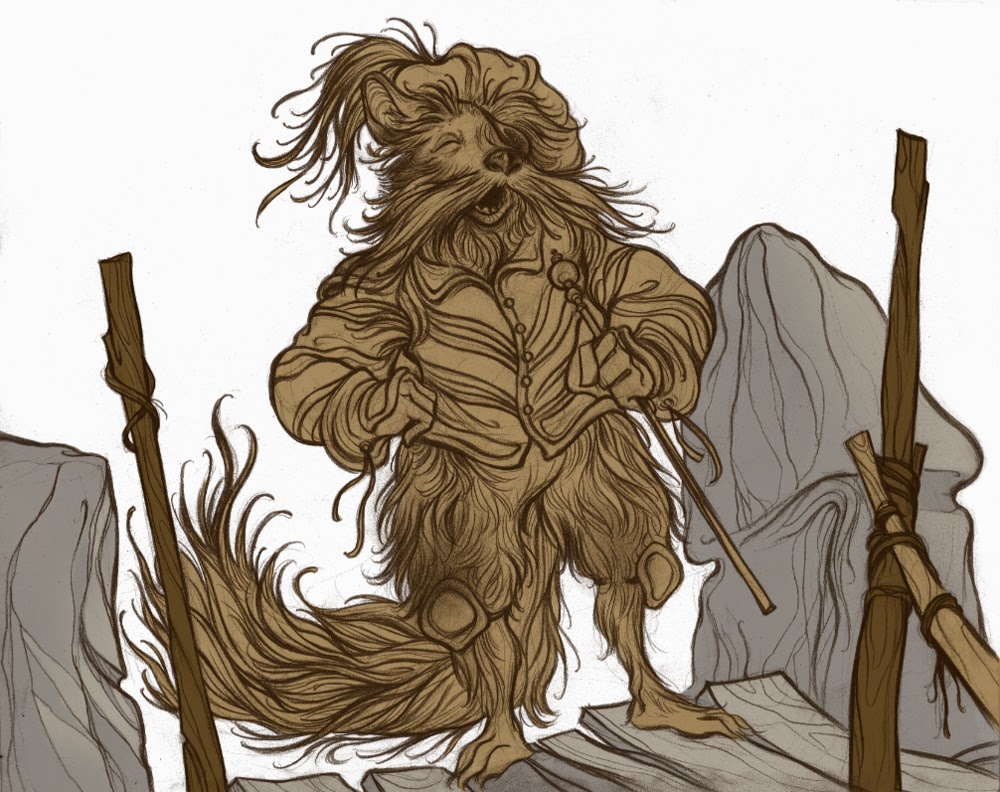 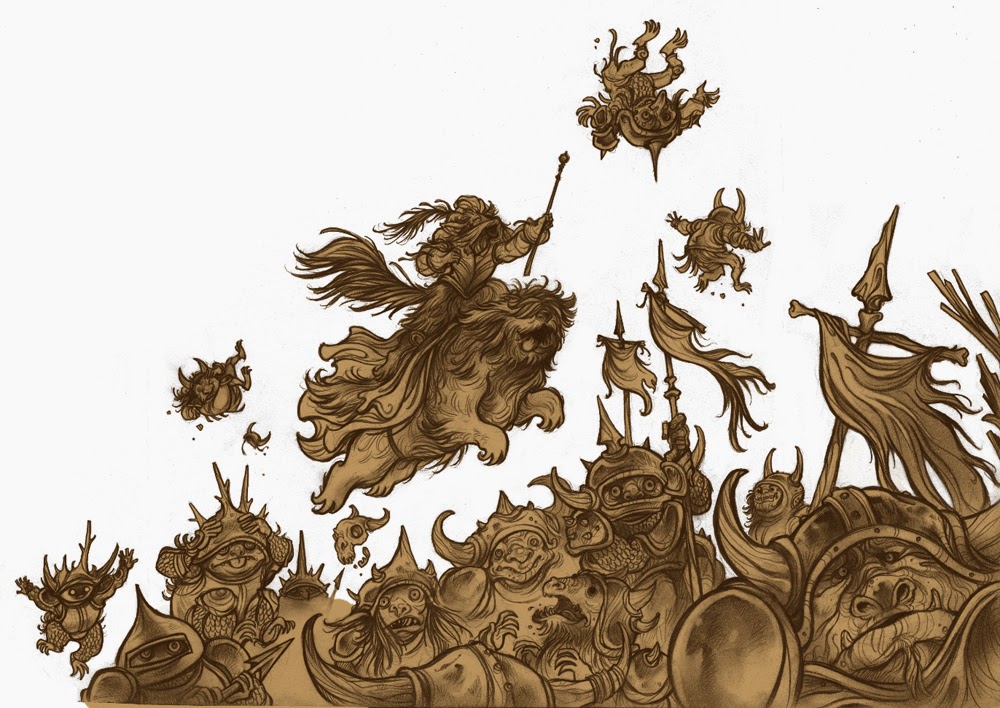 After this pass at flatting is done, I go back and begin to work on the actual characters themselves. This means making sure base colors are correct and that things are mostly in place. A lot of this initial color work takes place underneath the drawing. 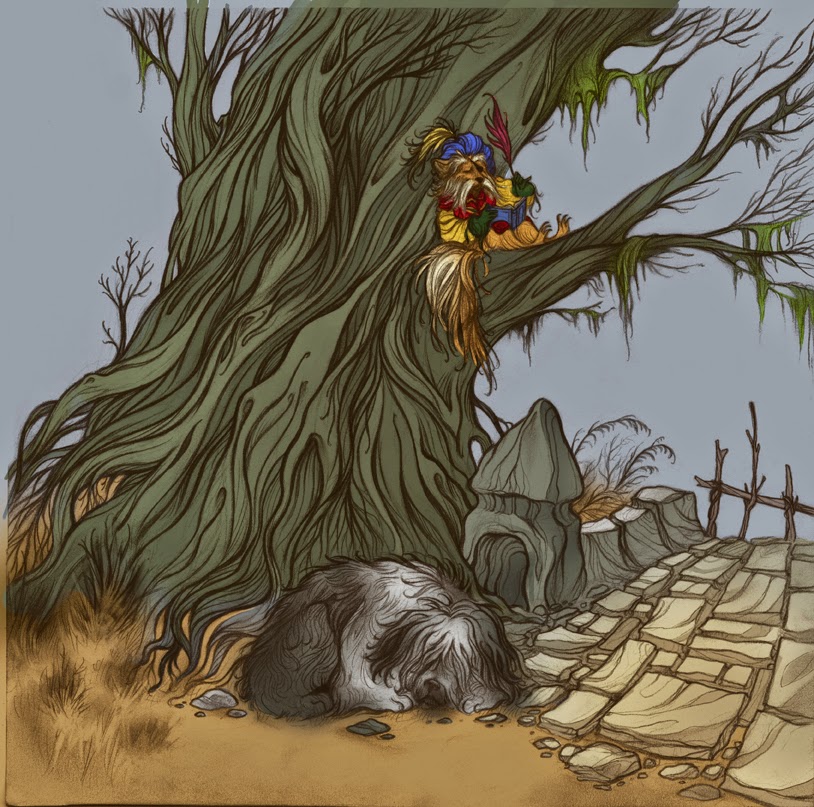 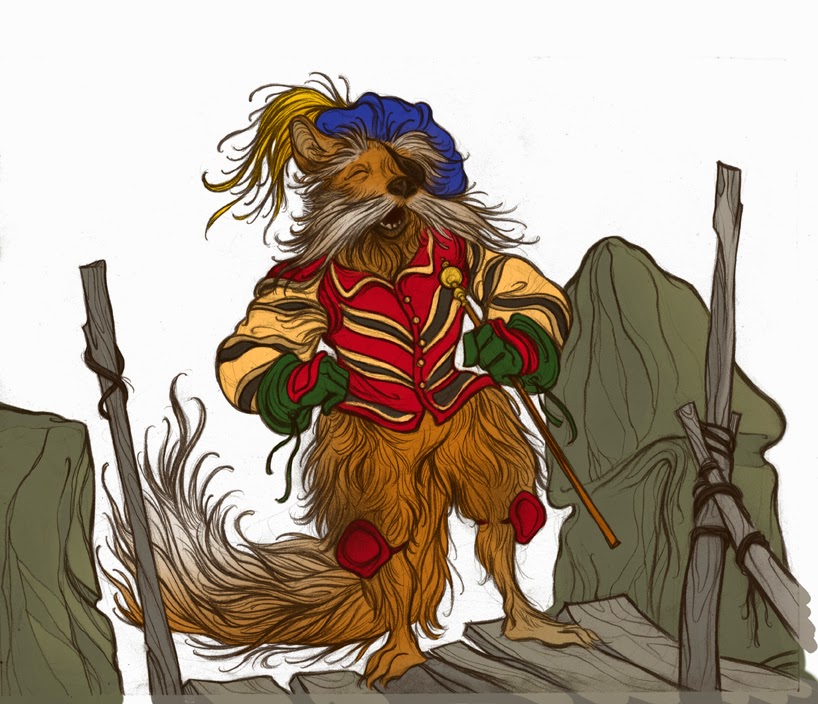 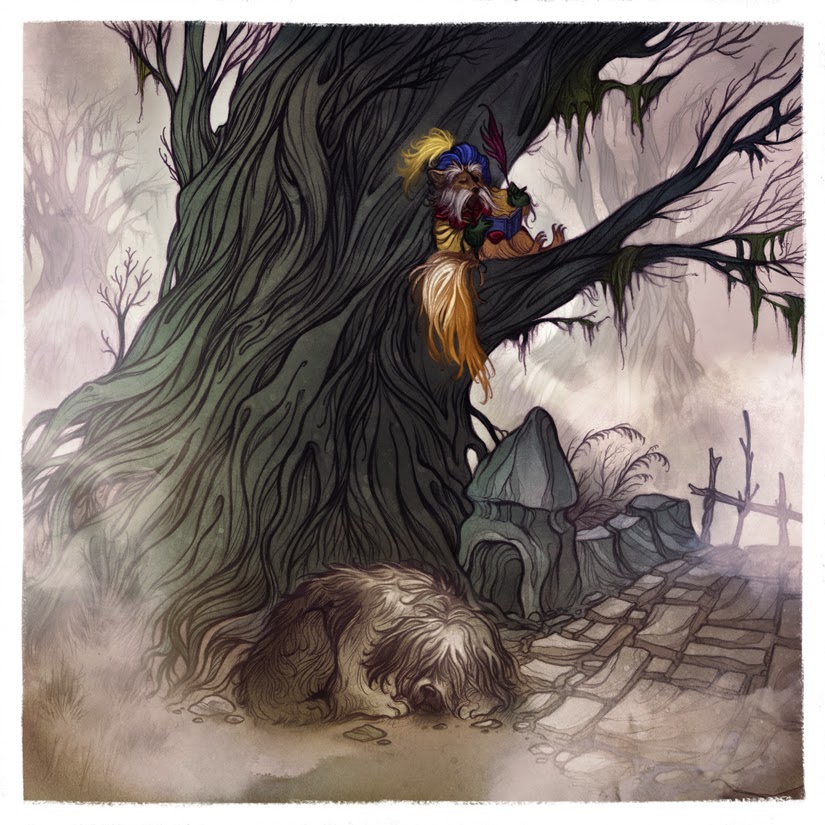 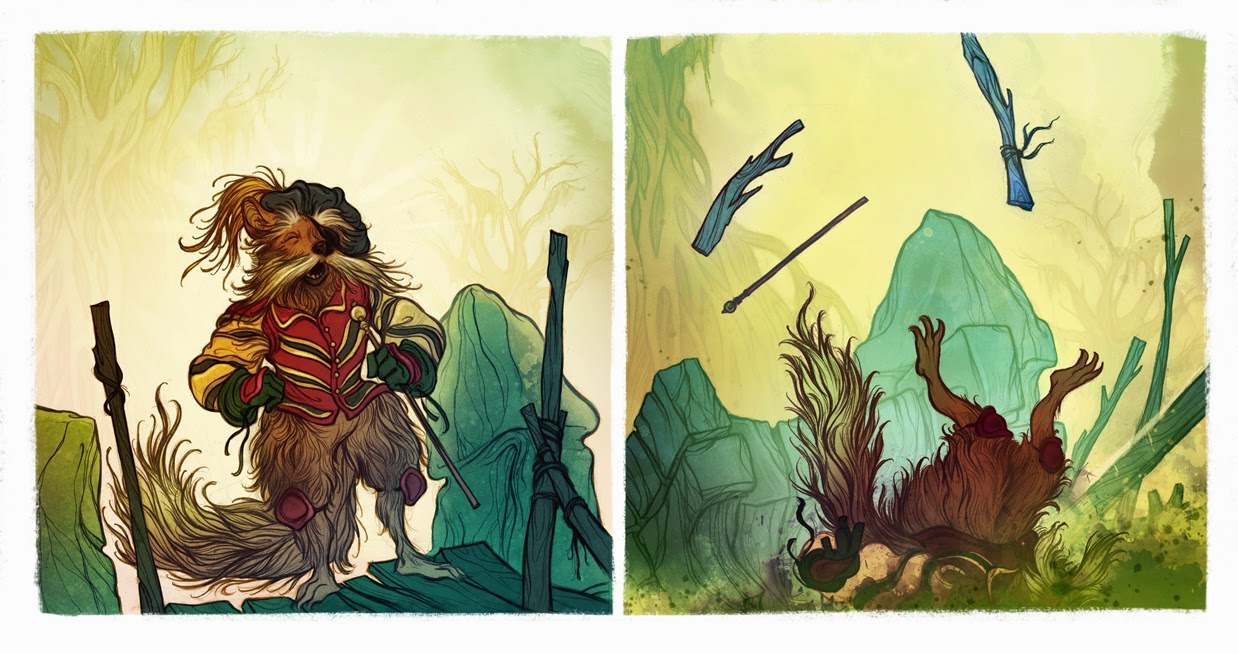 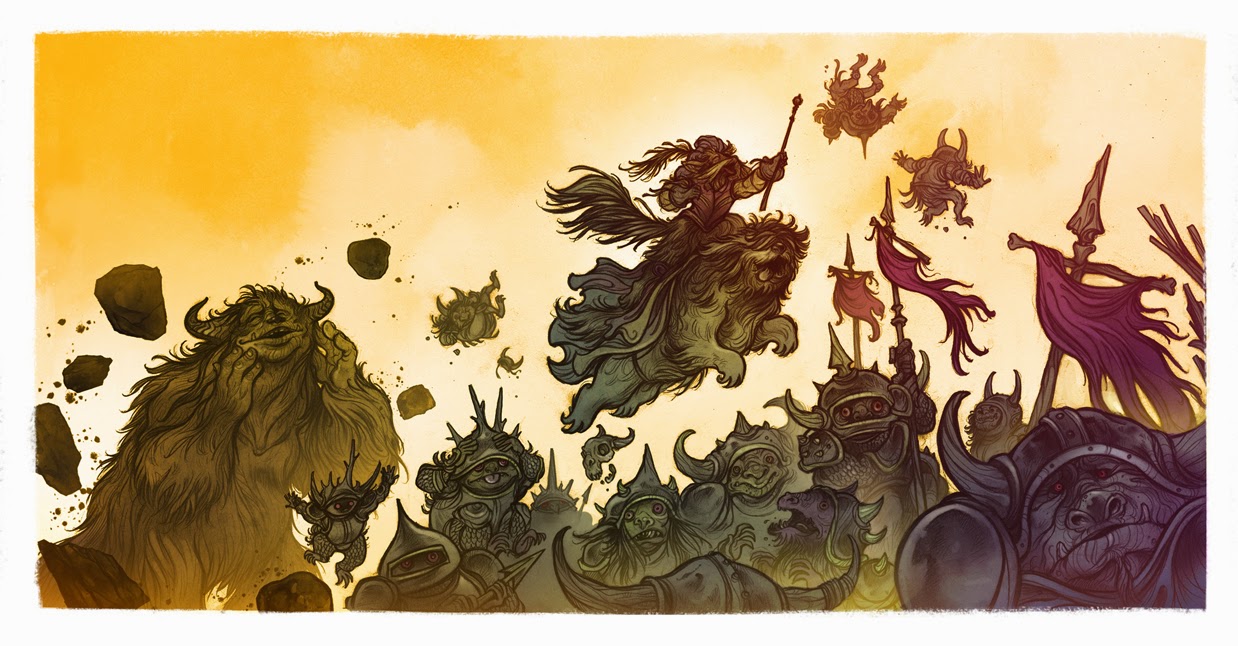 So that does it! I also lettered the story, laying out the all the type. 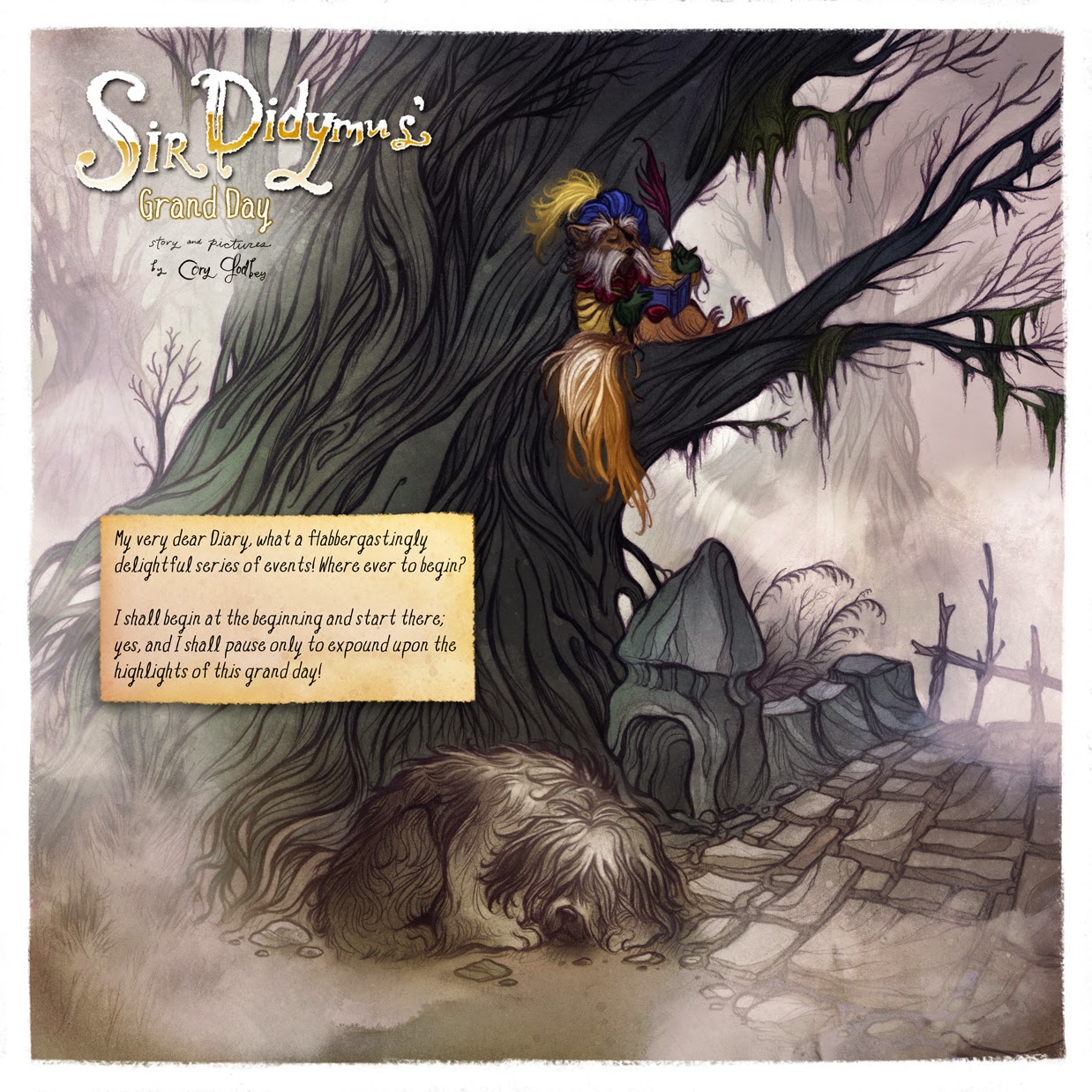 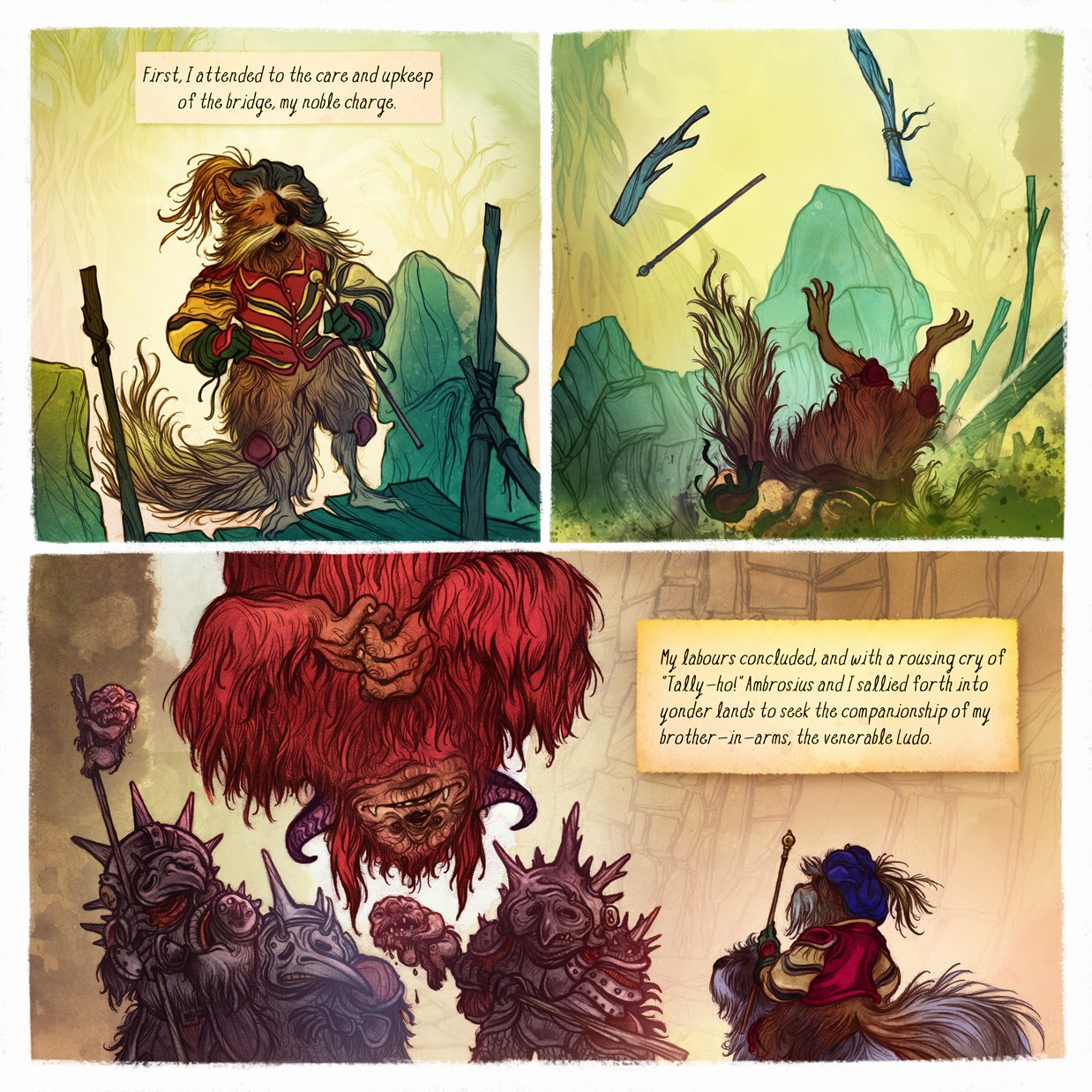 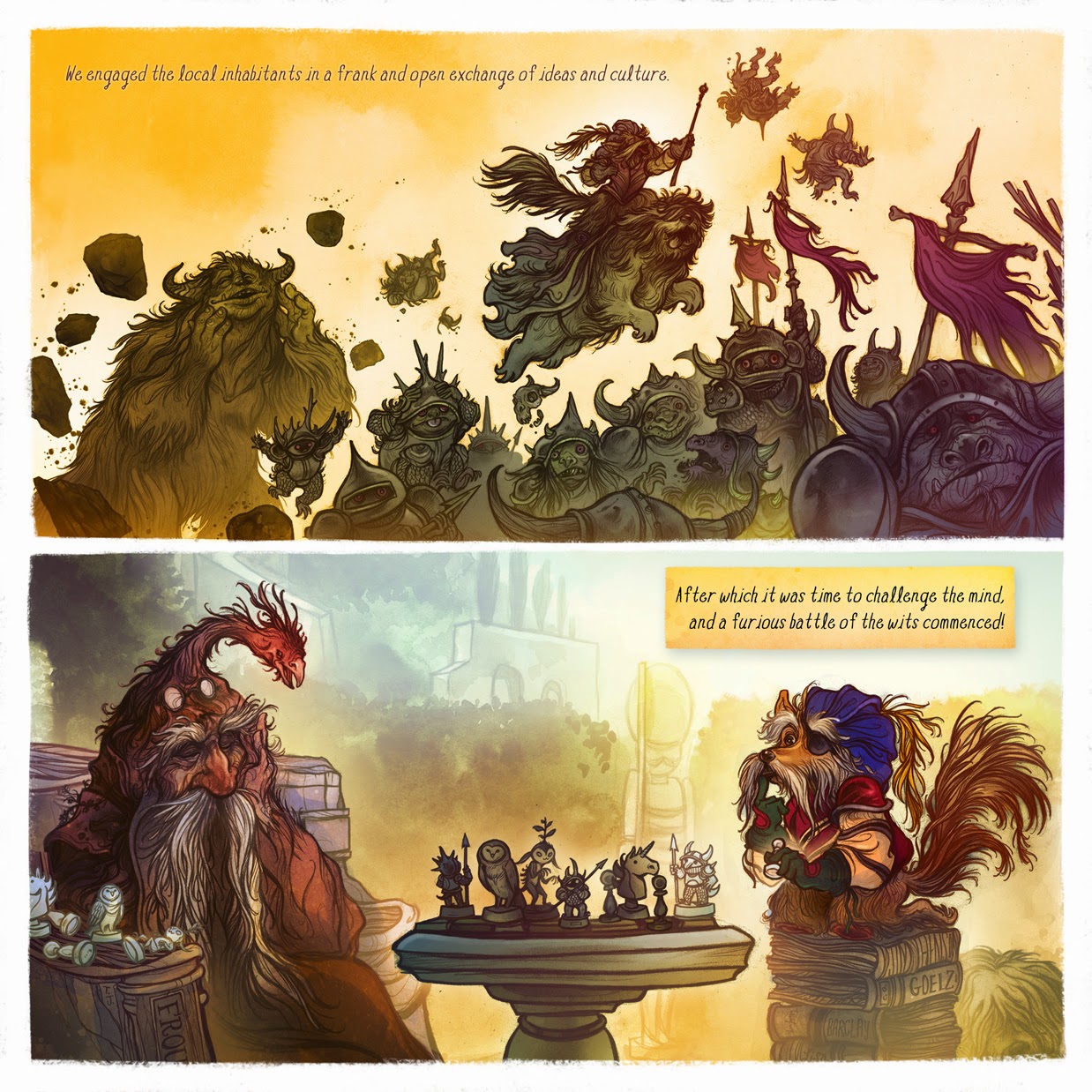 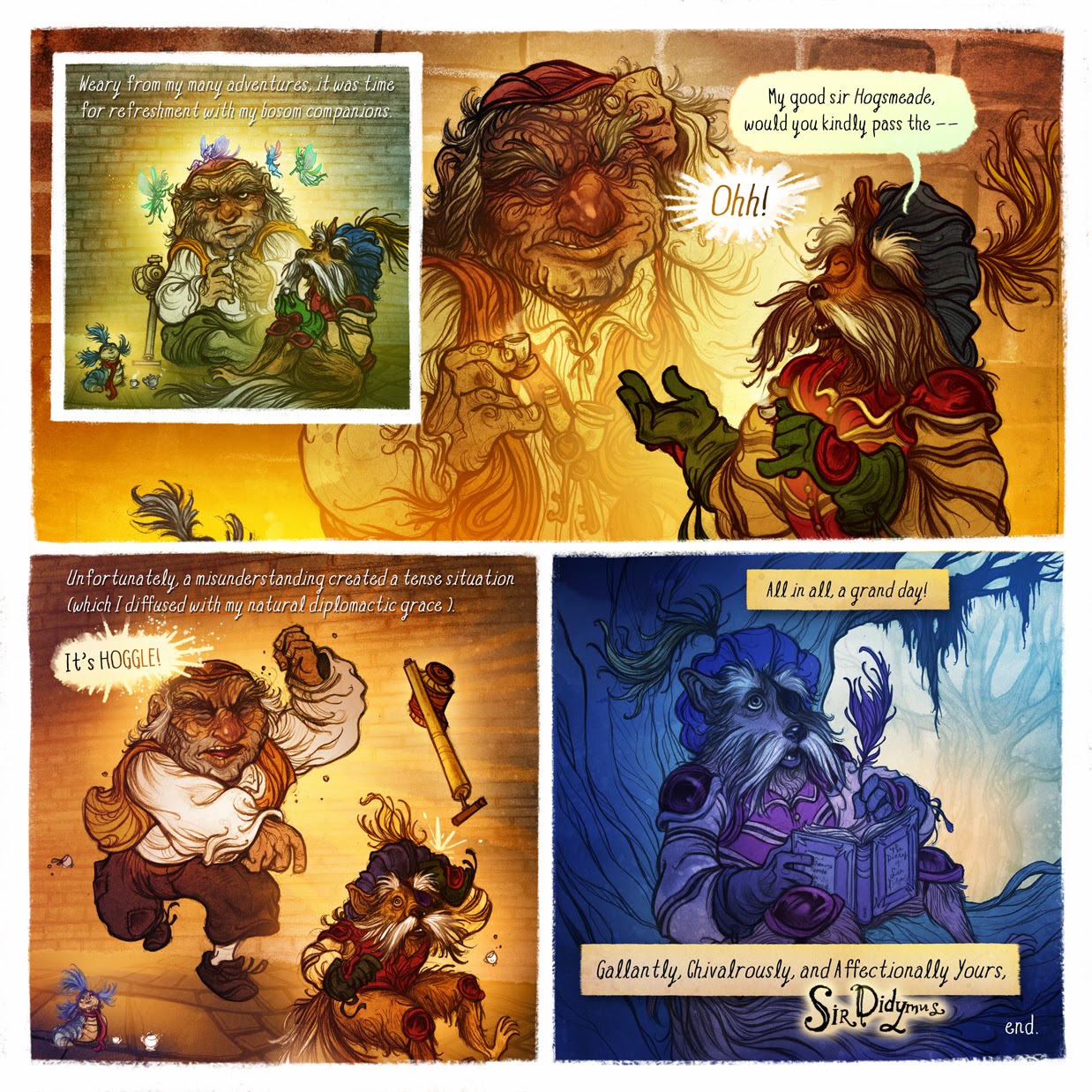 I had such a good time with every part of this project. My editors were great, always helpful. This was also the first time I had the chance to write something Henson as well as illustrate.
I’m not going to lie, I felt like I’d been given a challenge by the Goblin King himself. Not quite as challenging as solving the Labyrinth and rescuing a lost sibling but still, a little challenge from Jareth.
_______________________________________________
And you know what, speaking of that guy:
[youtube https://www.youtube.com/watch?v=ViftZTfRSt8]
Look, everything I’ve done, I’ve done for you. I’m just saving you the trouble of looking up that song later. 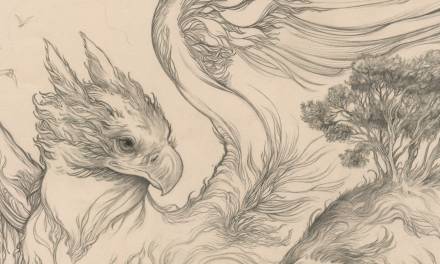 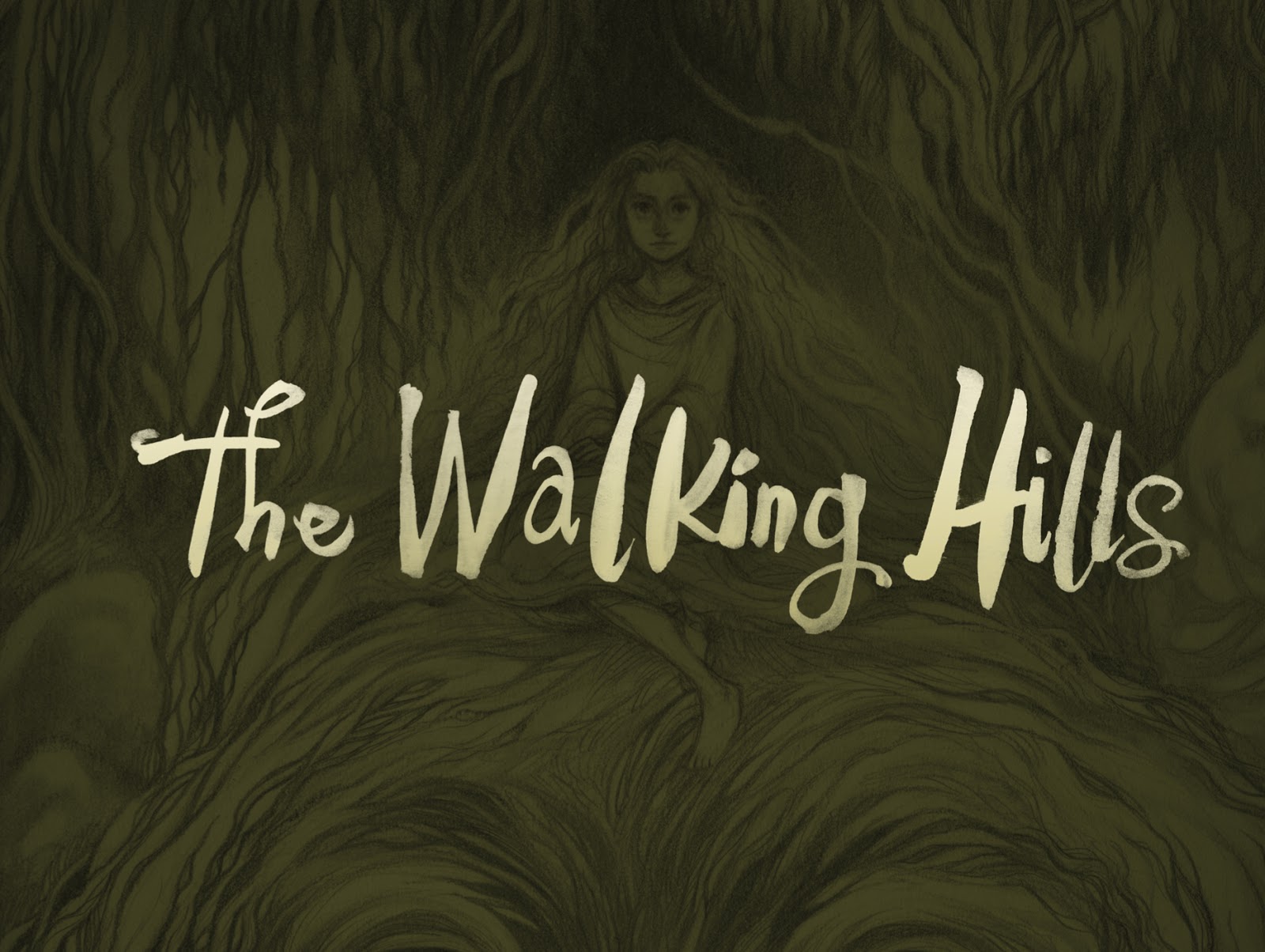 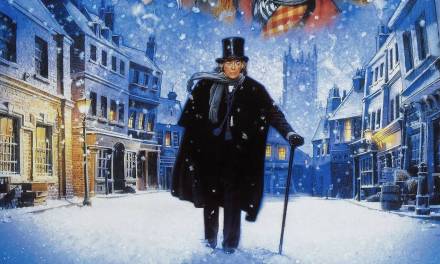 Scary Ghost Stories and Tales of the Glories