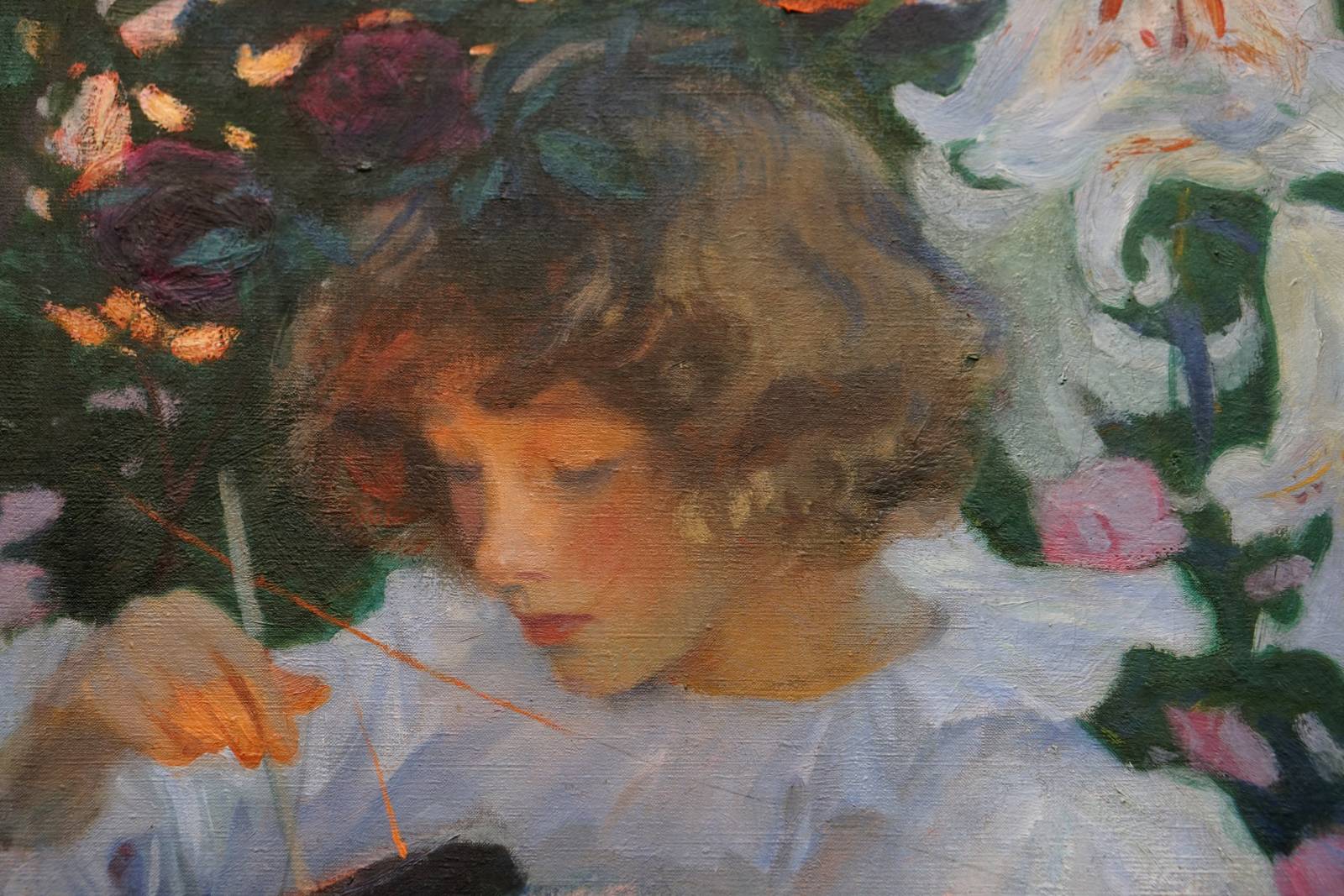 I have been enjoying studying the works and life of John Singer Sargent quite a bit lately. I haven’t always appreciated Sargent’s work the way I do now. I think I didn’t understand painting well enough to appreciate the way Sargent worked. The more I paint, the more I come to admire his work and his ability to simplify.

When I was in England, I managed to get some good captures of Sargent’s painting Carnation, Lily, Lily, Rose in the Tate Museum and have been wanting to share them for some time now, but I have had other posts that needed to come first. No more delay! 🙂 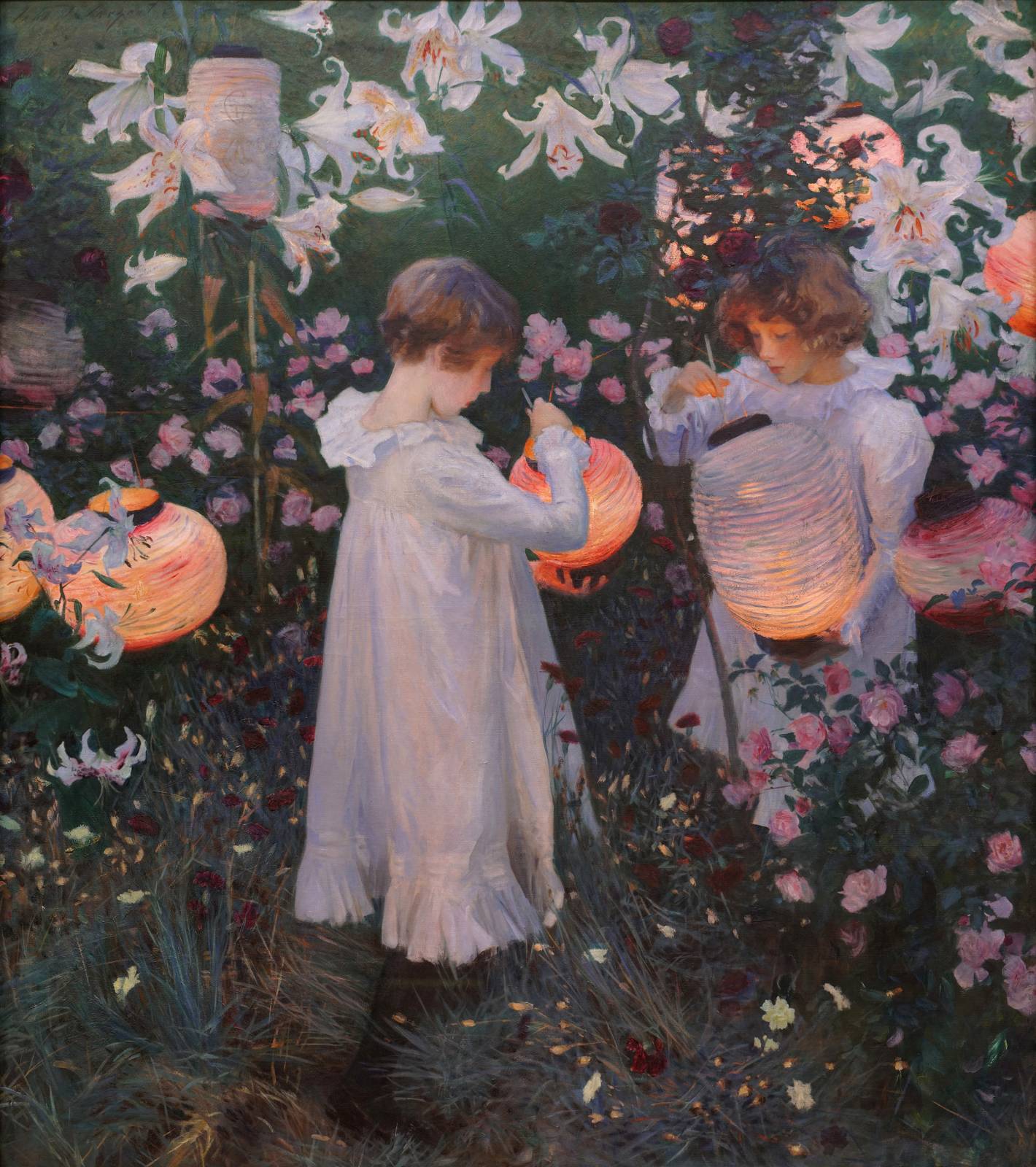 I think I managed to get a very true to life capture of the piece. Most of the other reproductions I have seen of it have far too much contrast. The painting is more subtle and the light depicted is that twilight that has no cast shadow, but is still full of ambient light. If you want a very large (9200 x 10365 pixels) version of the image, here is a link.

Sargent came up with the idea for the painting after seeing a similar scene. He said of the idea, “I’m trying to painting a charming thing I saw the other evening. Two little girls in the garden at twilight lighting paper lanterns among the flowers, from rose tree to rose tree. I have two good little models. I shall be a long time about it if I don’t give up in despair”

Edmund Gosse recorded some of the effort and said that when the right moment of light came “…he (Sargent) ran forward, planting rapid dabs of paint, and then retiring again, only with equal suddenness to repeat the wag-tail action. All this occupied but two or three minutes.”

The work went on for months, even a year, painting from September to 1885 to October of 1886. Sargent faced challenges along the way, but was of course up to the task. He was, for all his wealth and privilege used to physical hardship to get the right viewpoint or setting for a painting. He often slept in a tent for weeks at a time on his annual excursions into the wilderness looking for inspiration. In the case of this painting, it meant dealing with the change of the seasons and the loss of his natural subject matter along the way. 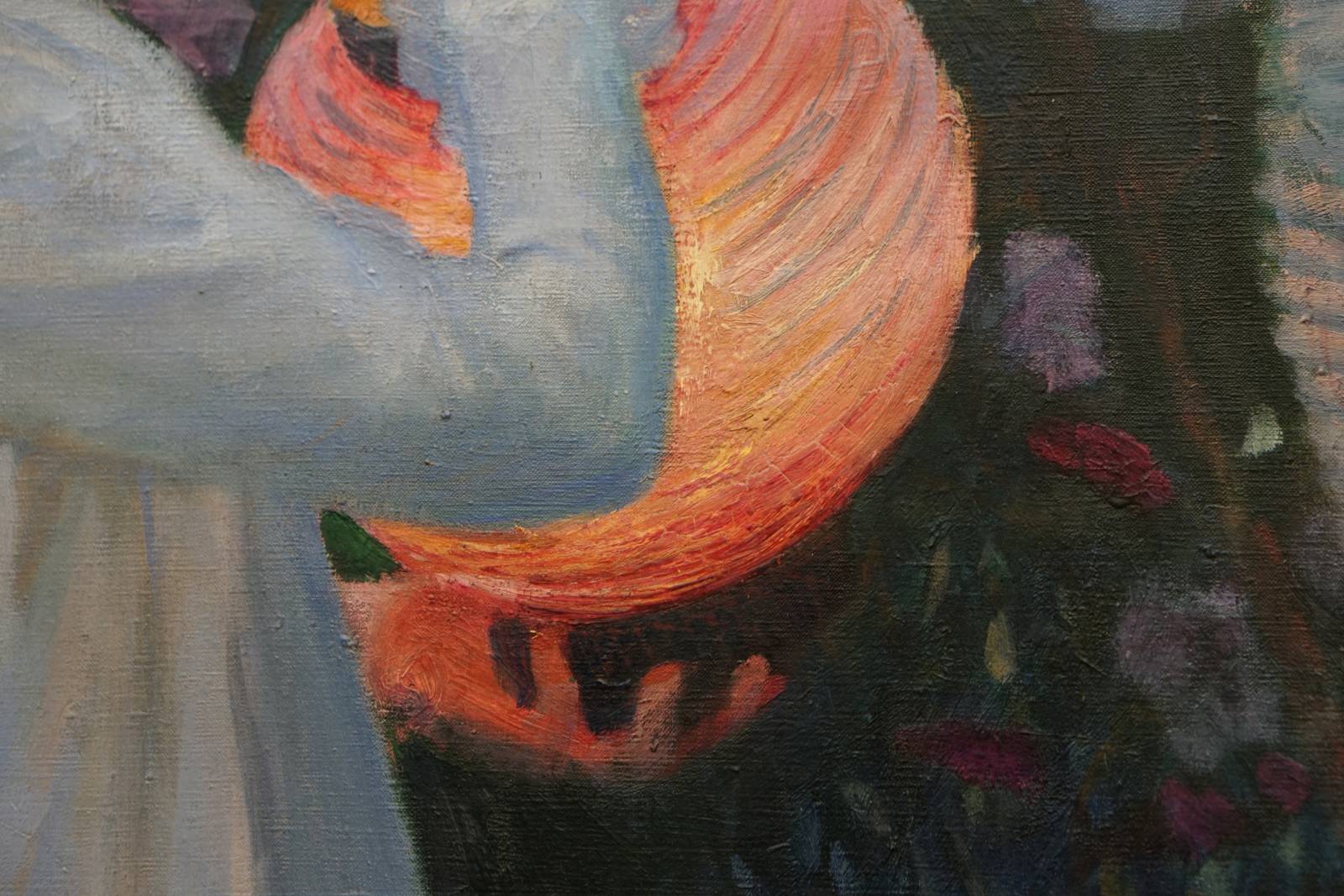 It must have also been a challenge to his patience. Waiting each day for the right moment, only to paint for a few minutes. He said of the changing setting. “now my garden is a morass, my rose trees black weeds with flowers tied on from a friends hat and ulsters protruding from under my children’s white pinafores. I wish I could do it. With the right lighting and the right season it is a most extraordinary sight.” 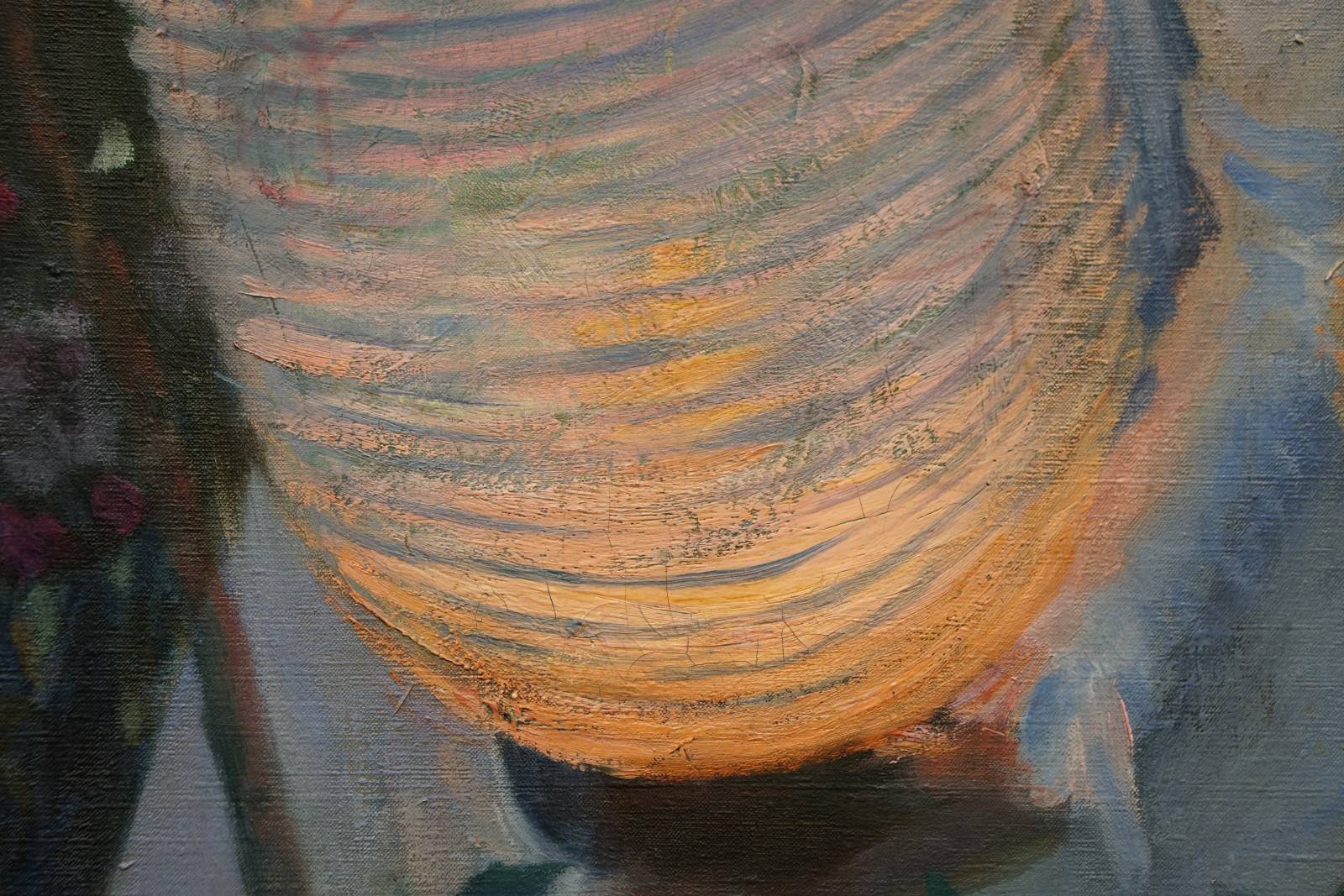 It is always good to look back at those we admire and recognize that they did not achieve greatness by standing still. They worked hard and labored to take hold of that which seems unattainable to those who won’t do the work.

It is interesting to see some of re-working of areas in the foliage below. Sargent used plenty of paint when he worked, but you don’t usually see areas where the paint has dried and he reworked them entirely. I wonder if he typically would wipe down, or scrape off dried paint. In this case though, you can clearly see there were other elements painted and then he reworked it. 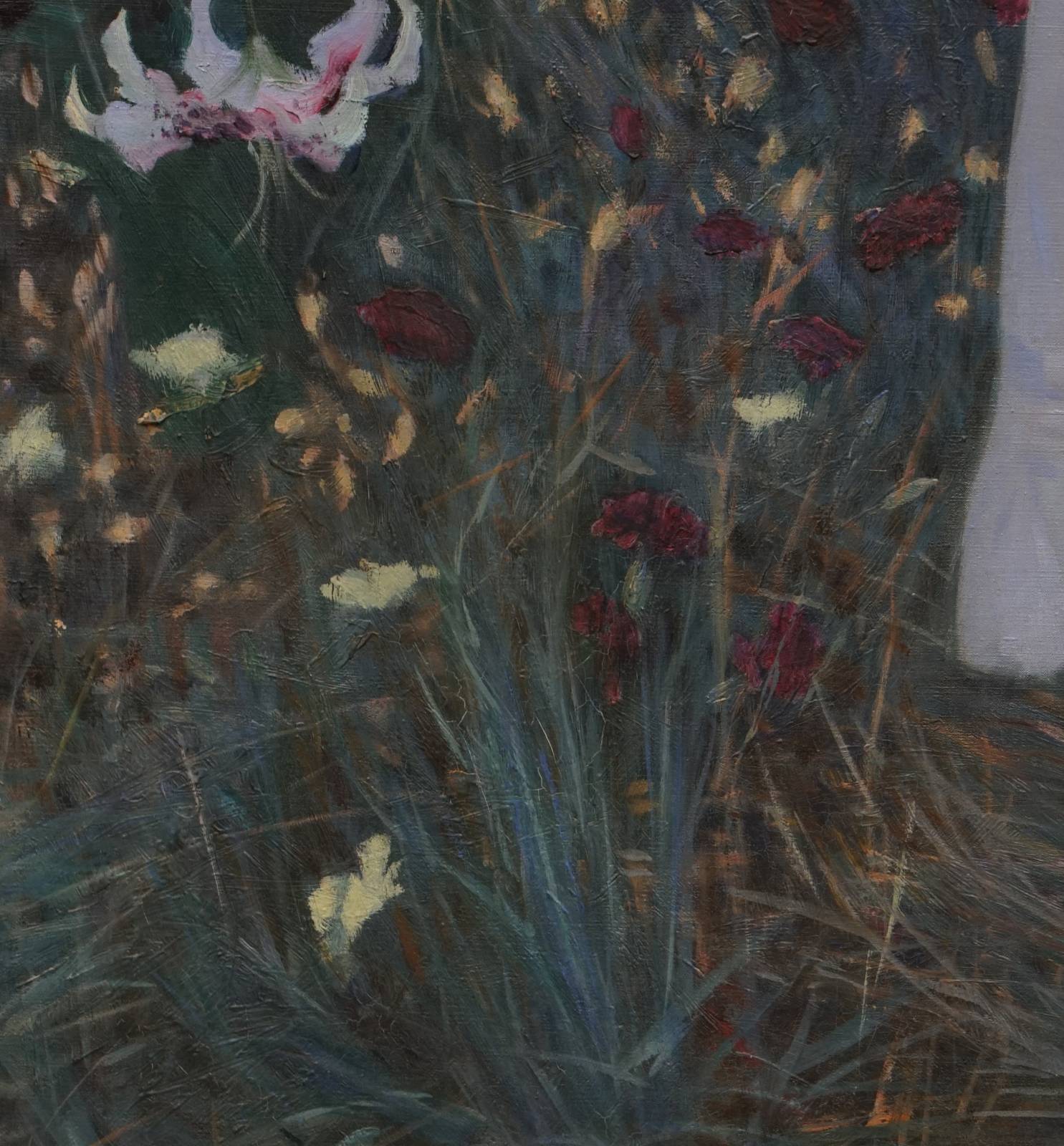 Another thing I love about this work are the other artist’s that are attached to it in some way. Sargent was traveling with the great illustrator, Edwin Austin Abbey at the time. They were staying with the painter F.D. Millet just after he moved from Paris to England. He used the daughters of illustrator Frederick Barnard as models, because of the their hair color. The painted was purchased by the Tate a year after completion, primarily because of the insistence of then Royal Academy President, Frederic Leighton. I love all the paths that were crossing. What a time to be alive!

Below is a nice feature from the Tate on the painting.

Here is a nice documentary on Sargent’s life if you want to learn more about him. It has some nice commentary by his grand-nephew, Richard Ormond. I had the pleasure of hearing Richard speak at the Portrait Society Conference on Sargent this last year. It was wonderful to hear him talk, with some personal insight about some of the subjects of Sargent. Enjoy!

Thank you for giving my post a view today. I’d love to hear your thoughts below. 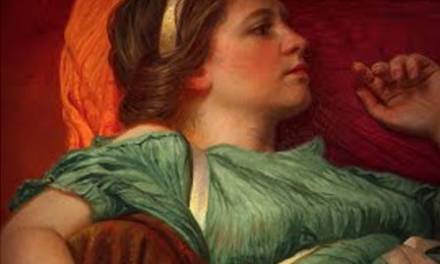 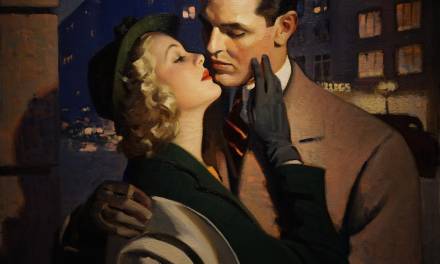 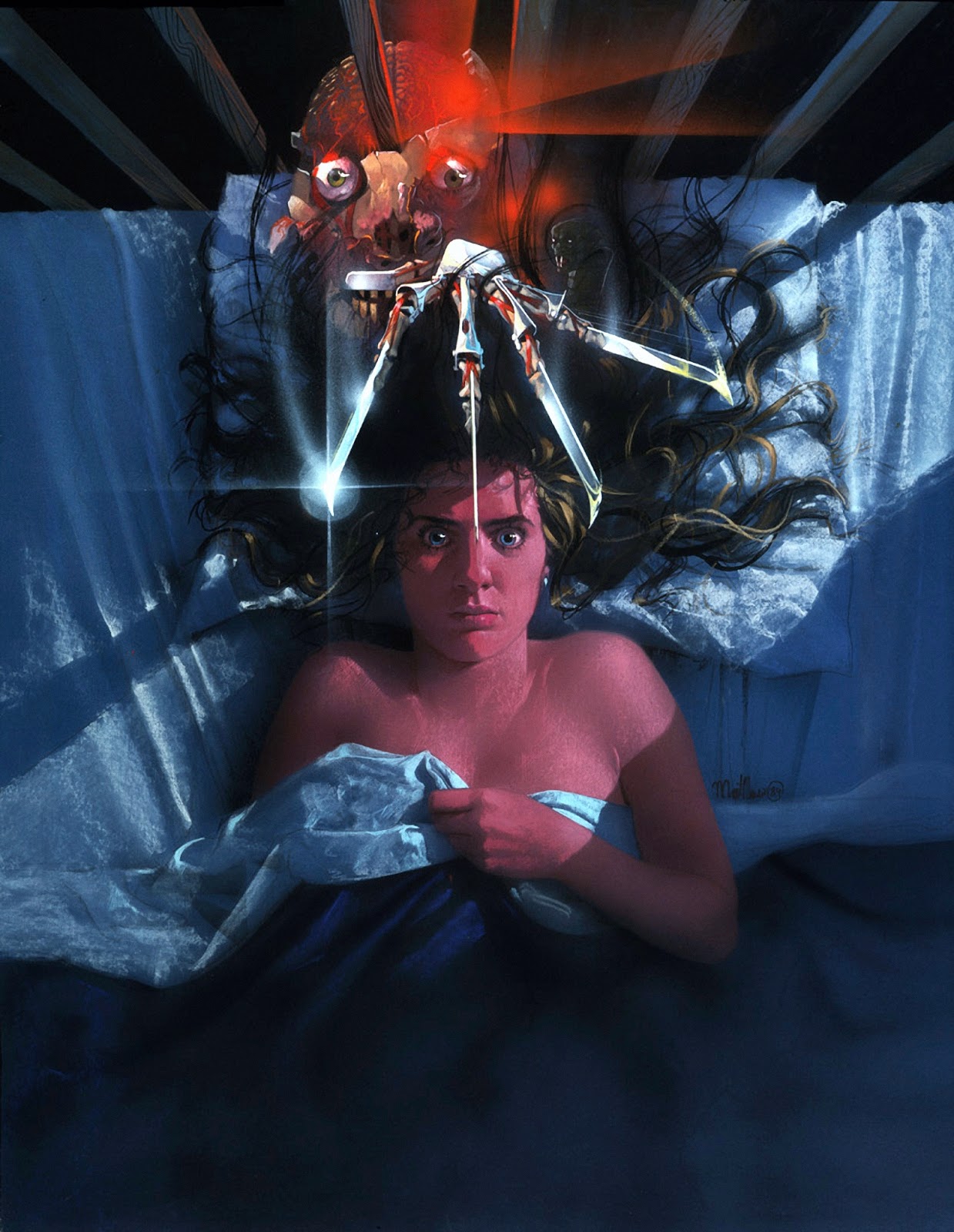