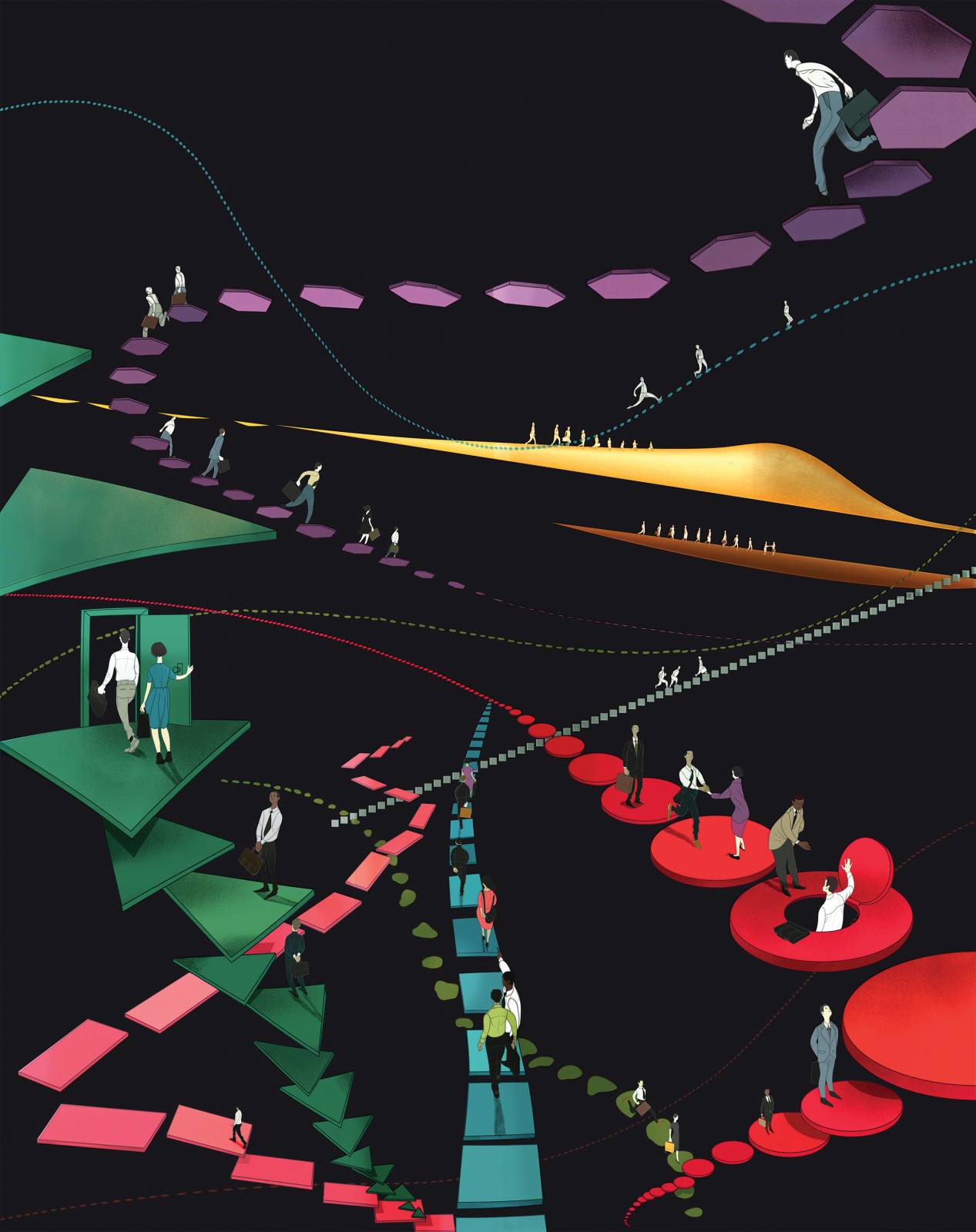 The piece below was originally a letter that I’d written to a former student. Since then it’s gone through a few iterations. I wanted to share it with you because it’s nearing the end of the school year, and as someone who keeps a thread to his past, I remember what it felt like to be here. I don’t recall the specifics of why I wrote to her, but I wonder if it had to do with the uncertainties that come with being an artist, especially one who is about to graduate from school in a couple of weeks. I guess then, this letter is really an open letter to those of you who are in a similar space now.

I’m in the midst of reading Keith Haring’s Journals, and it felt, as journals sometimes are, like a series of open-ended thoughts and unanswered questions. The part that I’m at now are entries he wrote during 1978-79 the time when he was, much like yourself, a student at SVA. I picked this book up because I sometimes use the stories of others to help guide me through moments of uncertainty. For me, words carry a lot of power. In a recent conversation with a friend, he used the phrase “the healing power of words,” which I liked very much because I believe this; words depending on how a person uses them can be used to create, or erase.

So to you, this is really a letter of encouragement because I wonder from where you sit now, in your career as a young artist — just about to graduate from art school, that the pressures of it, the expectations, the fear, the uncertainty are coming at you all at once; and so it can be difficult to sift through what you “want” to do at this moment, versus what “needs” to be done, as well as what “can” be done. What needs to be done is that you have to continue to make work even if nobody is telling you to make it. Make work while holding onto the strengths that you have as an artist and use that knowledge to guide you forward along a path that might be crooked. Use your knowledge as armour to deflect the demons of doubt that will fly at you, and try your best to stay focused on the work in front of you. To the left and right of you might be other artists as well, and sometimes what’s happening around them may appear more exciting — stay focused and stay on course – spending too much time looking at what other people are doing and coveting what they have will slow you down and take away your power as an artist. Remember the things that make you different, some of which might even make you feel uncomfortable, is the source that holds your unique genius as an artist.

While in school, you may have received some criticism from some of your teachers and classmates which may have felt demeaning. Despite how it may have left you feeling, hold onto these comments but also allow yourself to set them down; you don’t have to give their words so much power that it leaves you blind to the work you’ve made. Comments like these (for the most part) come from a good place and are said because they want you to succeed. Sometimes shifting your work too quickly and making rash changes to appease someone else can be too large of a burden. These changes take time, and so you have to trust yourself, respect the process, and know that your attempts, although they might feel futile at times, will over time, and with patience, effort and pain, resolve itself into something that’s beautiful if you allow for it to happen.

A former teacher of mine, Steve DeFrank gave me some advice on how to receive criticism pertaining to my artwork. It happened because I’d been receiving so many mixed comments about my work, some positive, some negative, some apathetic that it literally made me feel sick to my stomach. I missed one of my final group critiques because I just couldn’t handle listening to people talk about my work anymore. He said that everyone’s critique of my work is subjective and that trying to implement their comments and opinions all at once can feel overwhelming, so try instead to only hold onto a few of them and then put the rest down. This doesn’t mean that you’re being dismissive, disrespectful, or stubborn, rather it’s that you’re being discerning. You’ve chosen not to implement their feedback at that moment… but you might do so later. This was one of the most helpful comments I’d ever received from a teacher, and since then I’ve passed this message along to my students each year. 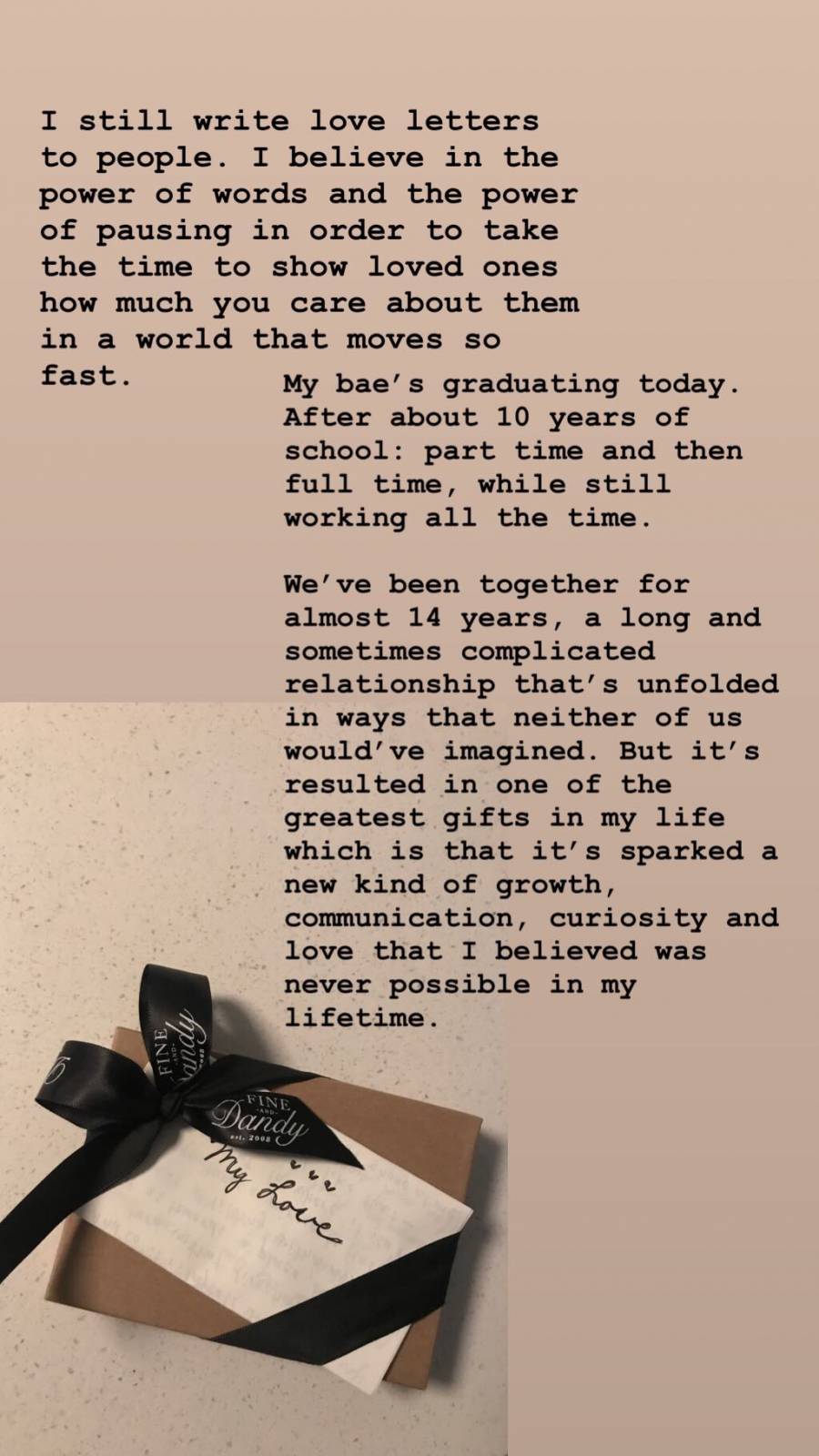 Early on in my career I was unhappy with the illustrations I was making because they weren’t being recognized or validated in the way I that wanted them to be, and at the same time these feelings were coupled with negative comments I’d heard about my work: that it was too derivative, that technically it sucked, or that it wasn’t good as so-and-so’s. As you might guess, I believed them and their words fed the doubts that were already inside my head. Consequently, it impaired my creative judgement; I couldn’t tell anymore if the work I was making was good, or bad, let alone whether or not I enjoyed making them at all.

And because of this, I hid.

I hid for a couple years.
I hid from the Illustration industry.
I hid because I was angry, embarrassed and hurt.
But most of all I hid because I needed to take some time to be alone to work through the creative challenges that had begun to surface during that time in my career.

… And where I hid also became my place of solace. It was a space that allowed me to explore my curiosities, that challenged my automatic and predictable ways of doing things and introduced me to a community of individuals who didn’t commiserate with me; they didn’t celebrate or even know very much about what I was doing, or the things I cared about at that time. I enrolled in a summer Fine Art Residency at SVA, and it changed my life because it became the container where I poured all of my creative self at that time; I explored topics that I felt couldn’t be expressed on a commercial platform such as my homosexuality and  personal stories that made me feel uncomfortable were all funneled into this container. I had no clue back then how powerful this experience would be, and how it would profoundly impact the professional decisions I would make from that point onwards.

Success to me when I graduated and for some years afterwards were attached to more tangible things — things that I could see — awards, certificates, medals, and money. And although I still care about these things, back then that’s all I cared about. In a way I gave away my power to others so they could determine the value of my work for me. And it’s not to say that I don’t believe in critics, competitions, institutions and organizations which create systems that celebrate high levels of achievement, and nurture creative vision and visionaries – we need this otherwise everything would be the same and ordinary and, for lack of a better word, basic. Without these competitions and gate keepers I probably wouldn’t have my Greencard, but during that time my unified aim was to strive only for recognition and to be part of a tribe of elite illustrators. What I didn’t incorporate into my art practice back then was how important it was (and is) to also engage with my process. To pay attention to how I’m feeling while I’m working and to consider why I’m working on specific projects… is it for the love, for the money, for the fame, or all of the above?

I’ve stopped at a page in Keith Haring’s Journals where he wrote that, “An artist has an impossible ambition. It is a presupposition that he will fail.” I think about this word a lot, fail, but I’ve learned to assign a more positive meaning to it. Failure is a place that I’ll sometimes find myself in, at certain points of my career. To me, this is a fact. But I don’t see it as an end point, or prison anymore. Instead it’s become like a corridor, a transitional space, or even a frontier on the edges of potential and possibility. I use my time in this failure space to do the work it takes to practice, to resolve ideas, to learn, to make mistakes, to play, to make work that I might not be able to make well, or succesfully because at that moment I lack the skills to do so. However, I do know that I’ll eventually move out of it.

Wishing you good things… and congratulations on your graduation. 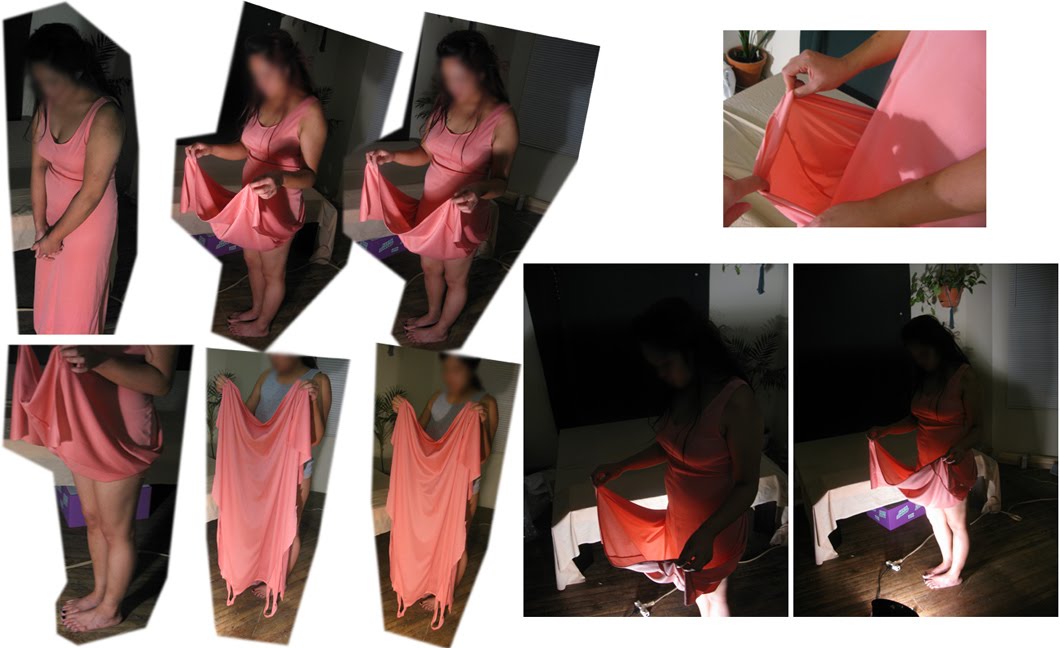 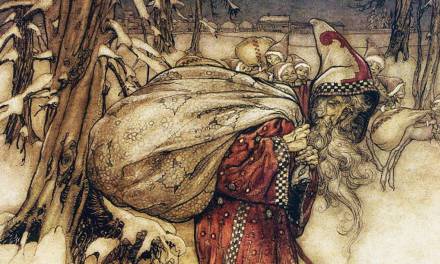 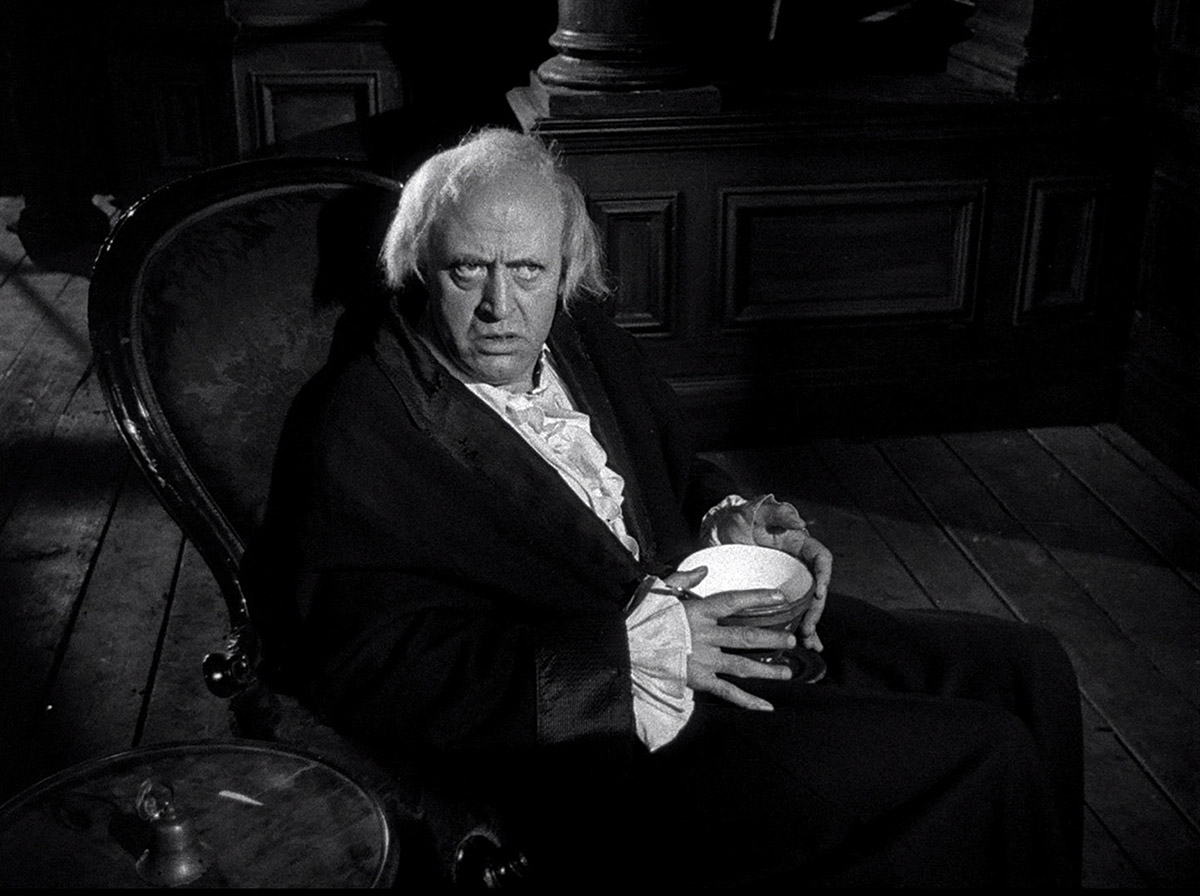 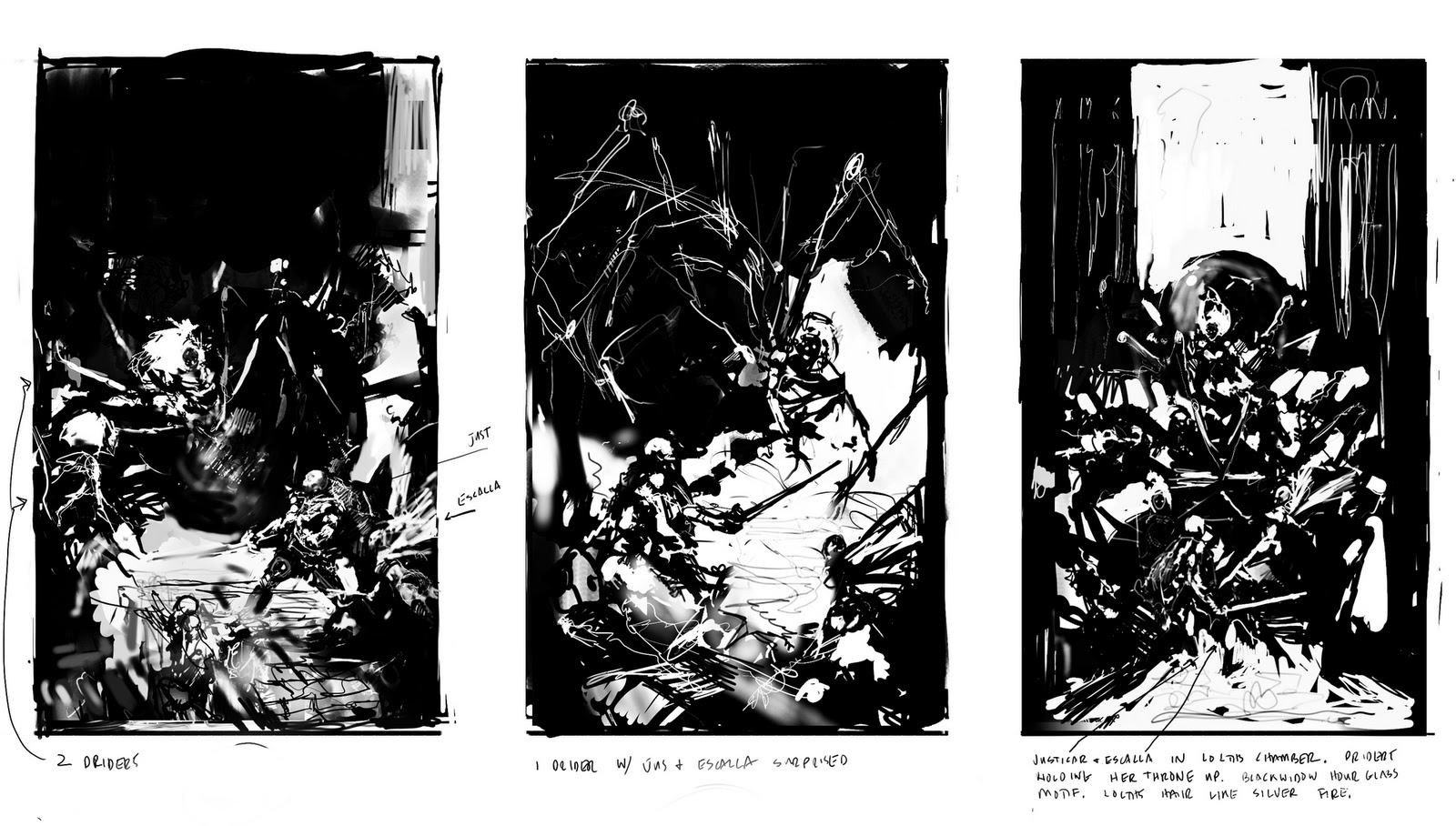