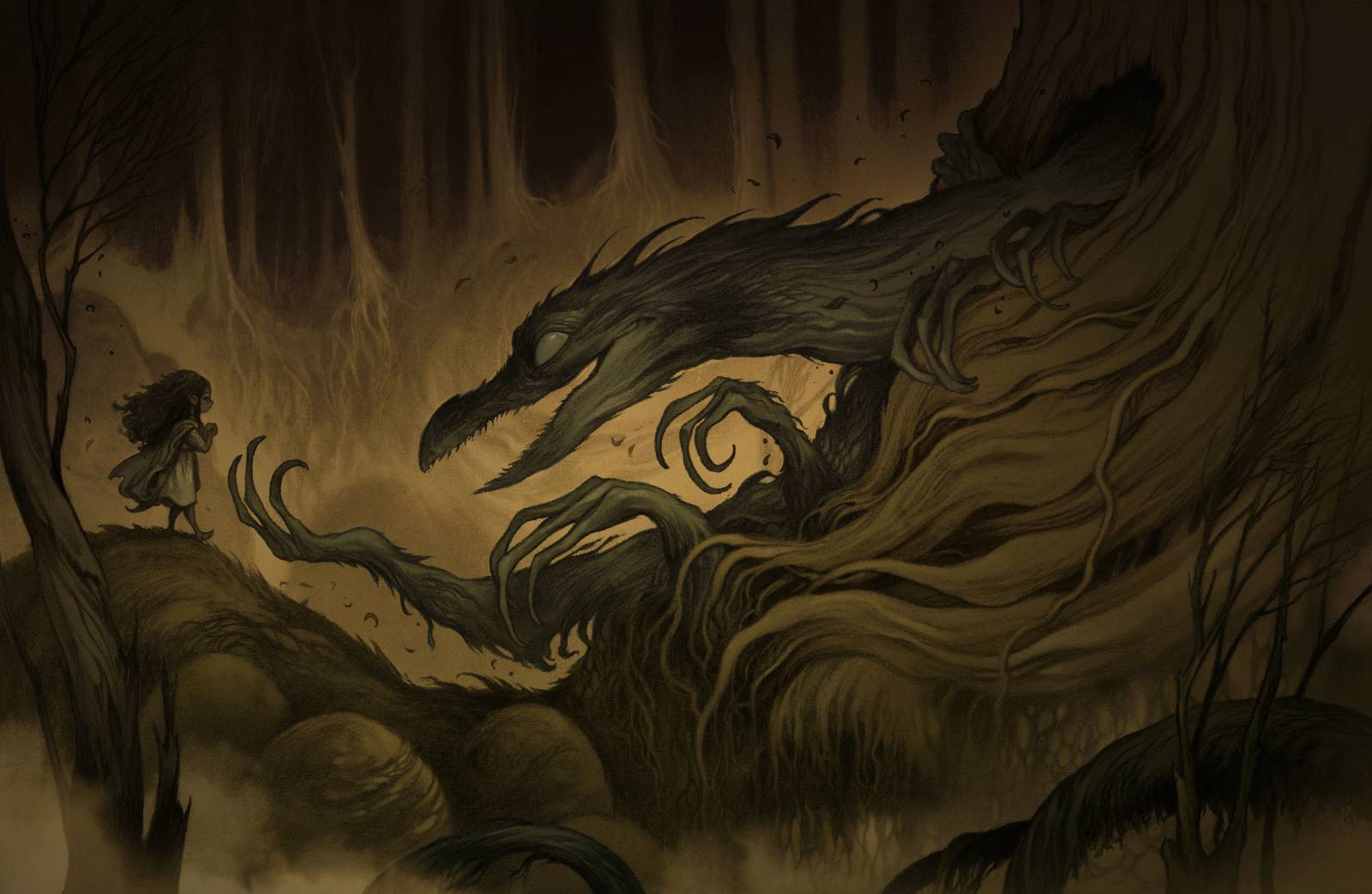 In addition to illustration I’ve done some writing, here and there, over the years.

While I’ve got a handful of comics and storybooks to my name, there’s one overarching big story that I’ve chipped away at (with varying levels of urgency, of course) during the last ten years. I’ve only actually worked on it the last decade but within this story are images and ideas and feelings that have been with me for most of my adult life.

I think of it a little like roots creeping just below the surface. And like roots I find it’s reach is far and wide within my work, if unseen. There’s not much of my personal work that this one story doesn’t connect and it’s been a source of inspiration over the years, helping me to narrow my illustrative focus. Without a doubt, it’s one of the wellsprings I return to time and again.

In the last two months I’ve gotten back to active writing (is that term? I don’t know but I think of “active writing” as opposed to the sort of daydream-y, note-jotting, non-writing that I usually do). I’ve nearly finished the fourth draft of the complete story. 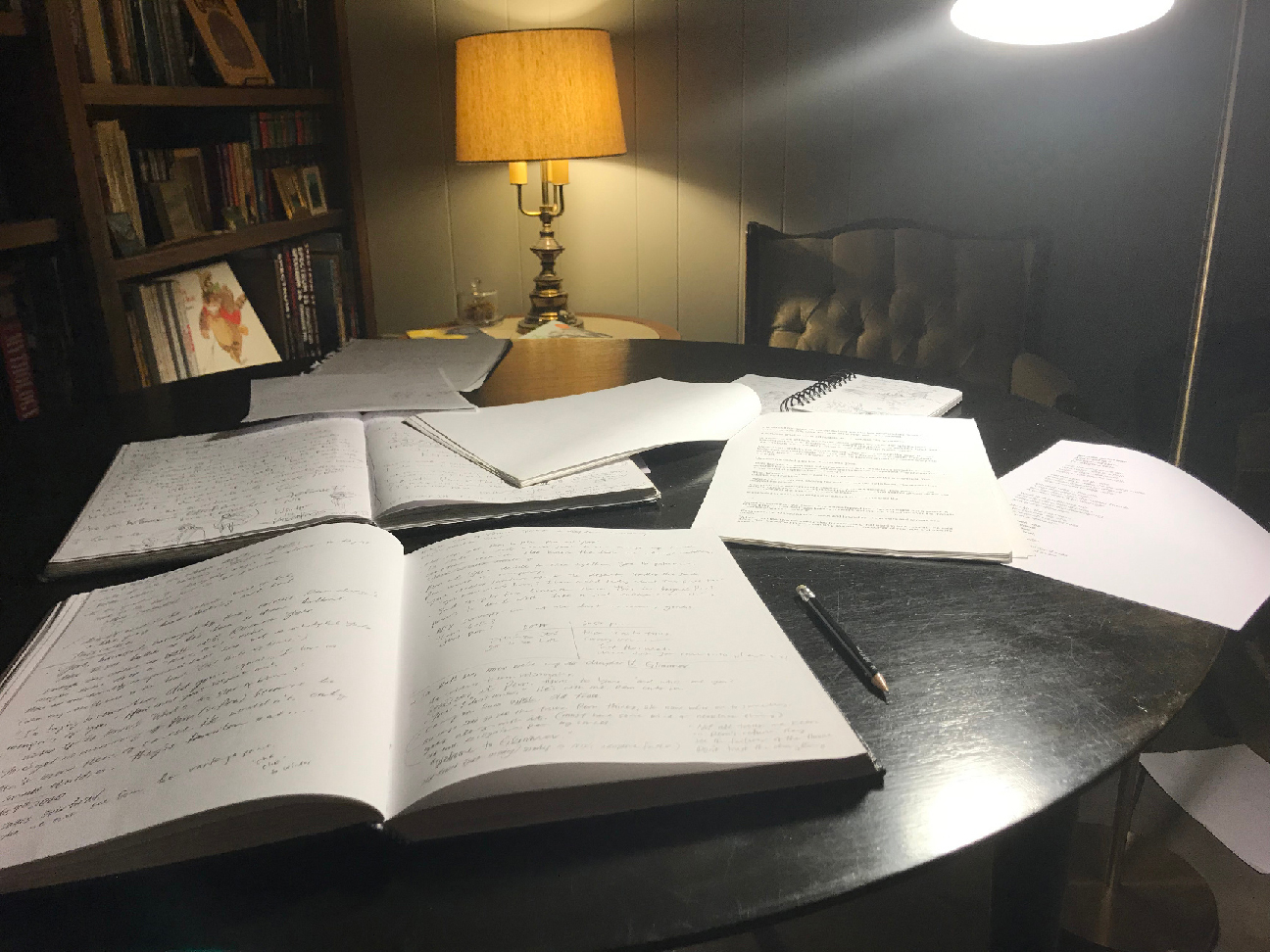 Myr is a piece which explores a corner of that world and, as I recently heard it was accepted into Spectrum 27, I thought it worthwhile to take a look at some of the steps.

This particular image struck me while I was at my booth at DragonCon this past year. As you can see, I always make a note of the date and place whenever I pick up my sketchbook. 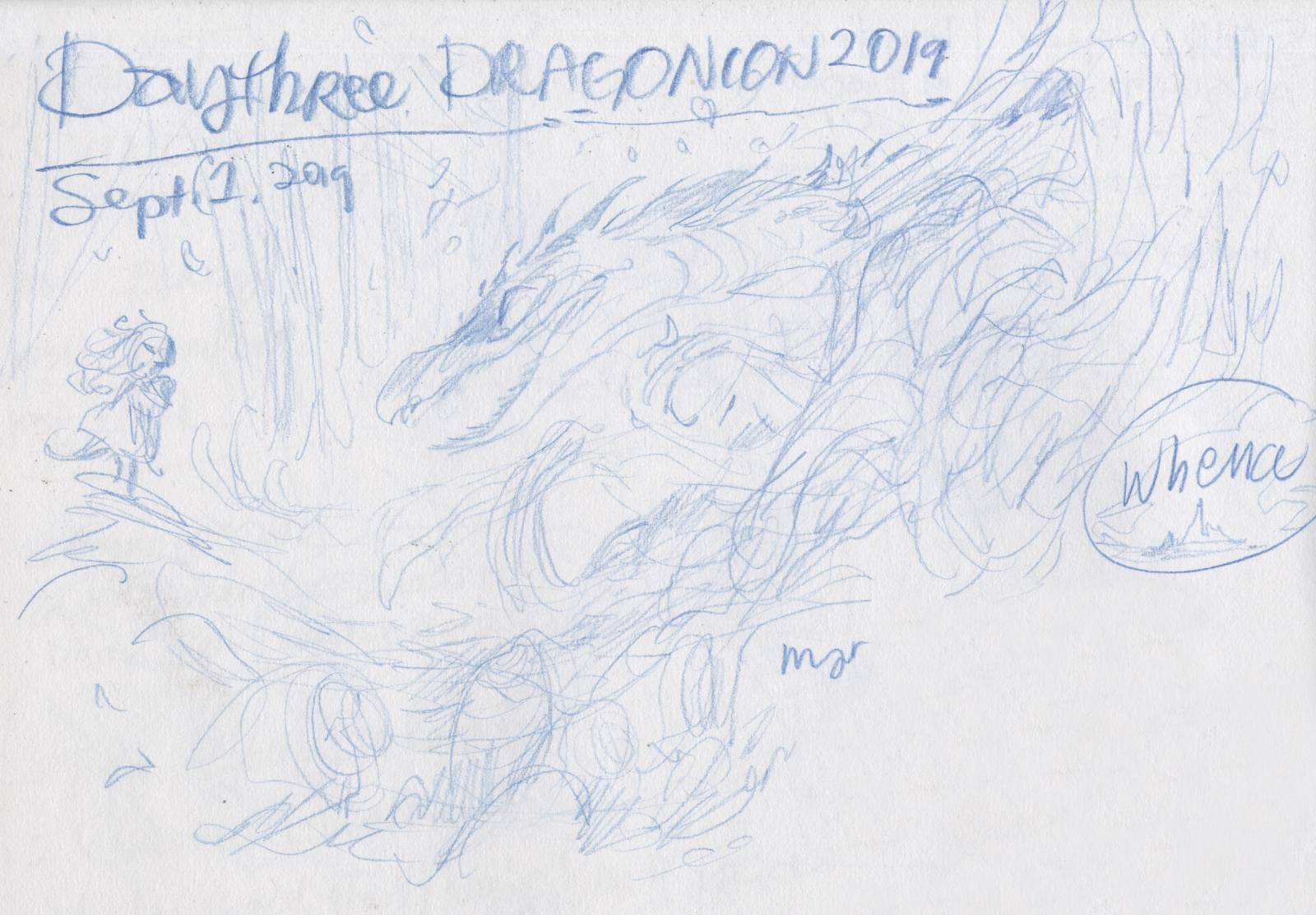 I’ve got a dwindling stack of rare, discontinued paper that I only break out for certain pieces. This was one. 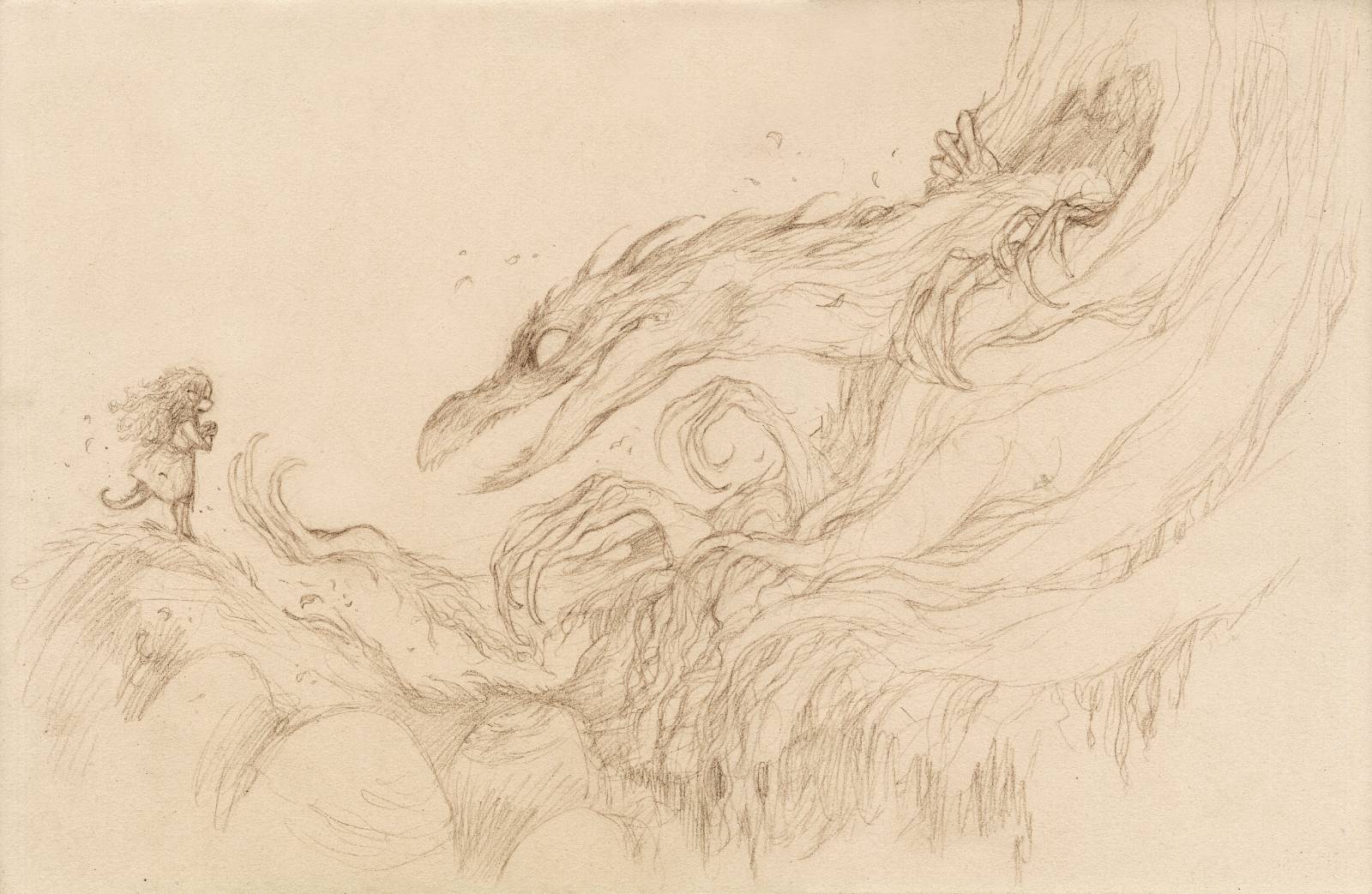 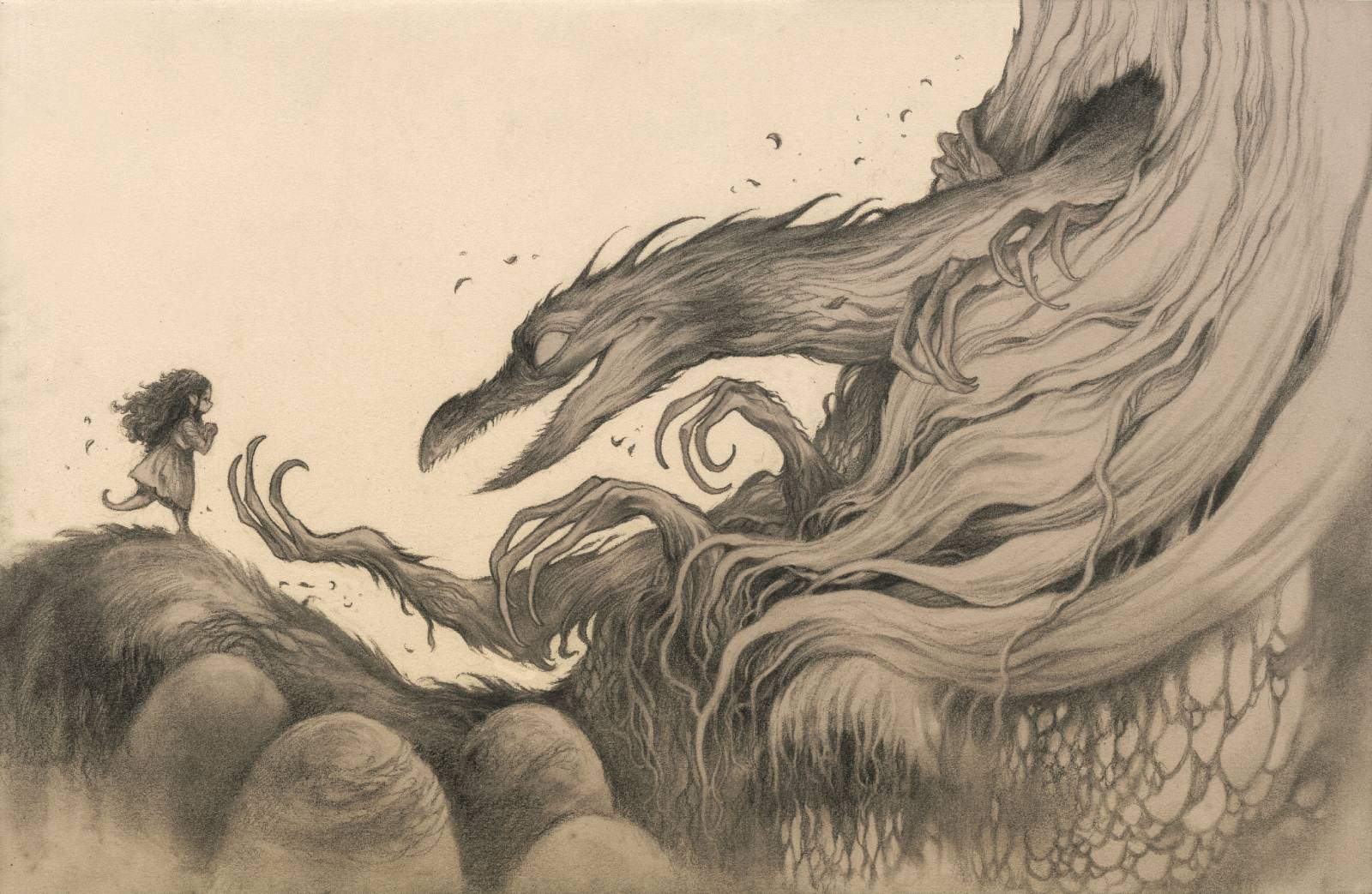 I actually left the drawing here, originally. I liked it as is and didn’t feel the need to go further with a background. After some time I decided to add some more trees but I wanted to leave the original drawing the way it was. 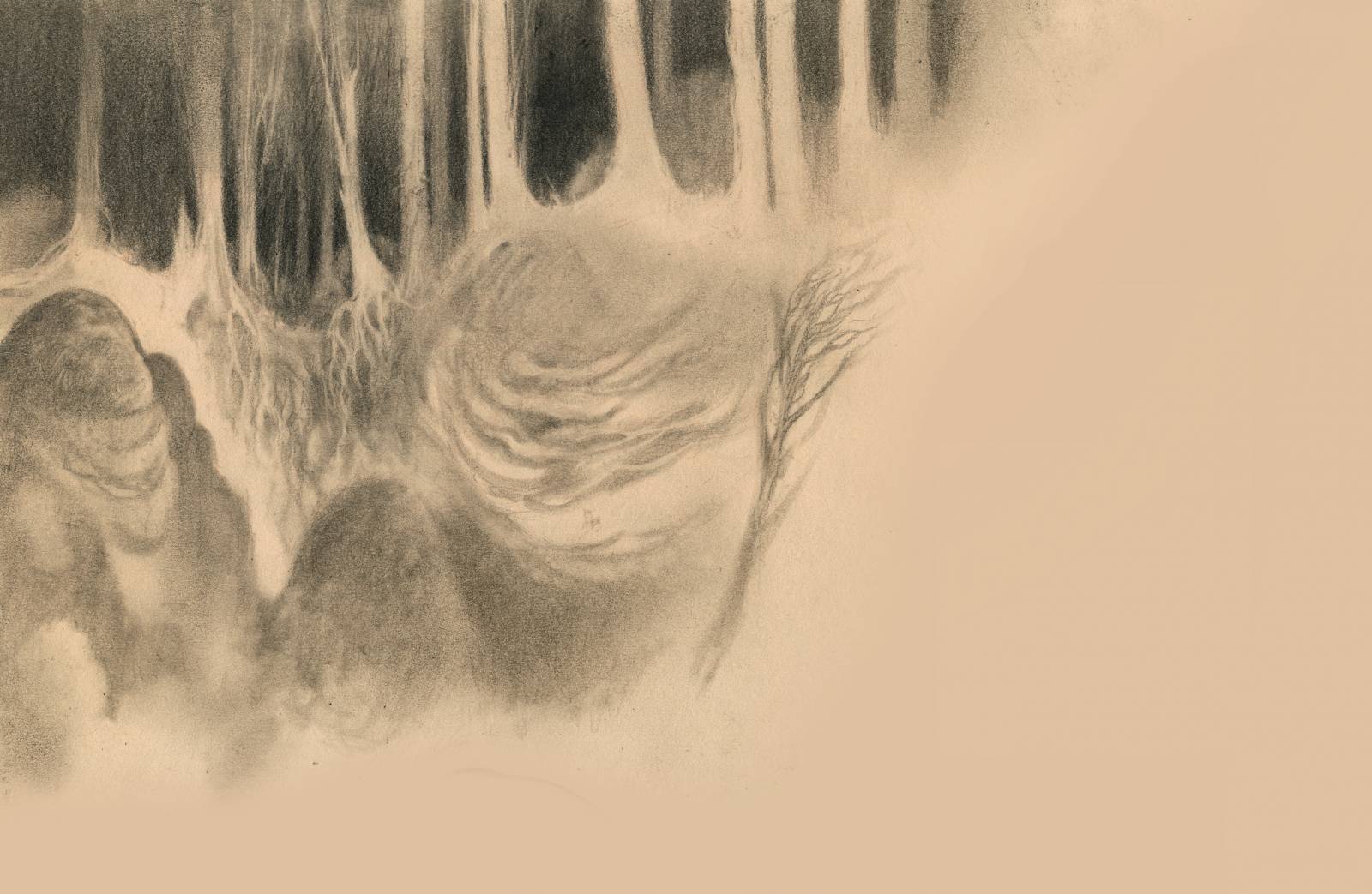 On a separate sheet I drew some appropriate trees and rocks. From there it was a simple matter of putting two and two together. 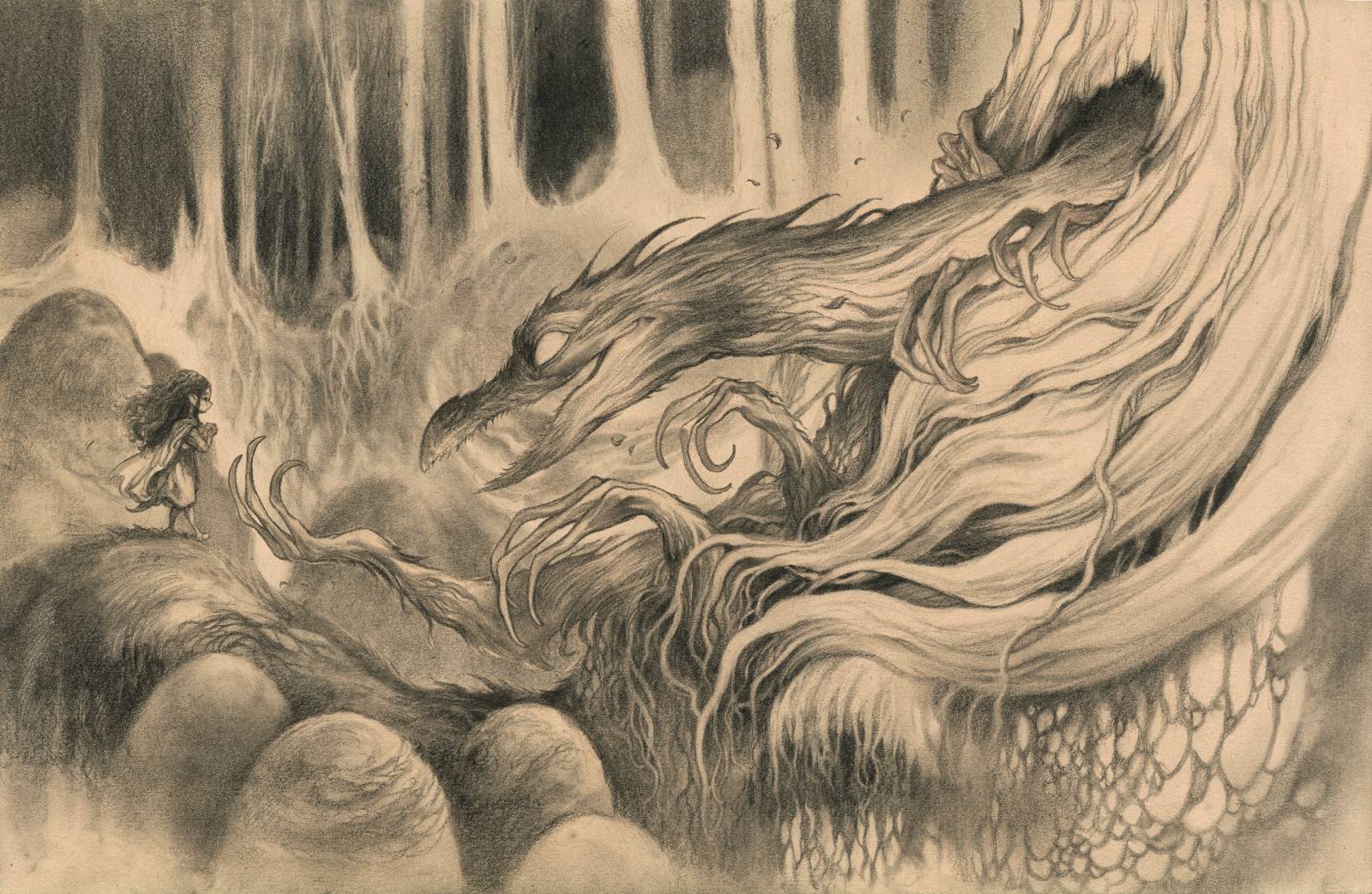 I also ended up adding some foreground trees and roots. 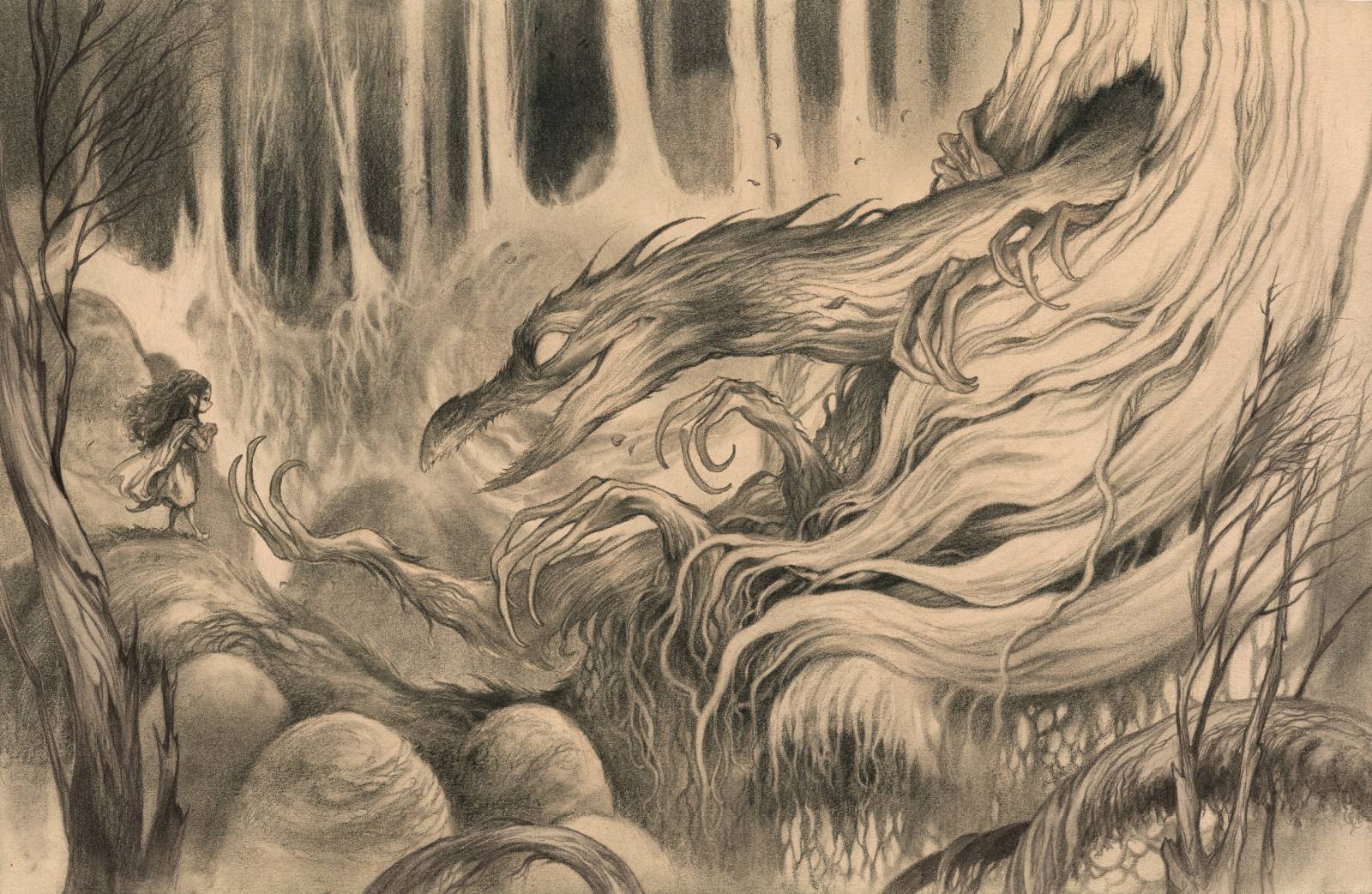 And that’s that. I honestly love drawing so much that it’s a constant struggle to not just do a little more work and then leave it all monochromatic.

In the end, it’s close to that any way! Here’s a look at the final.

Over the last year I’ve been working on a series of pieces exploring some of the background characters of this world and story and I hope to bring you more in the future. 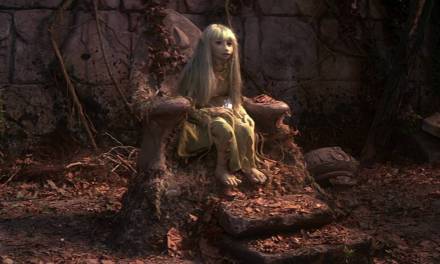 A Conversation with Wendy Froud 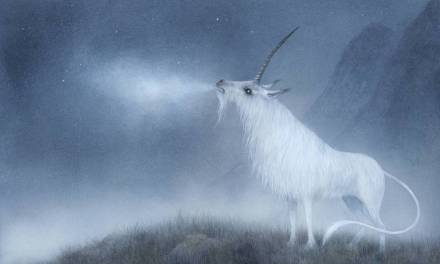