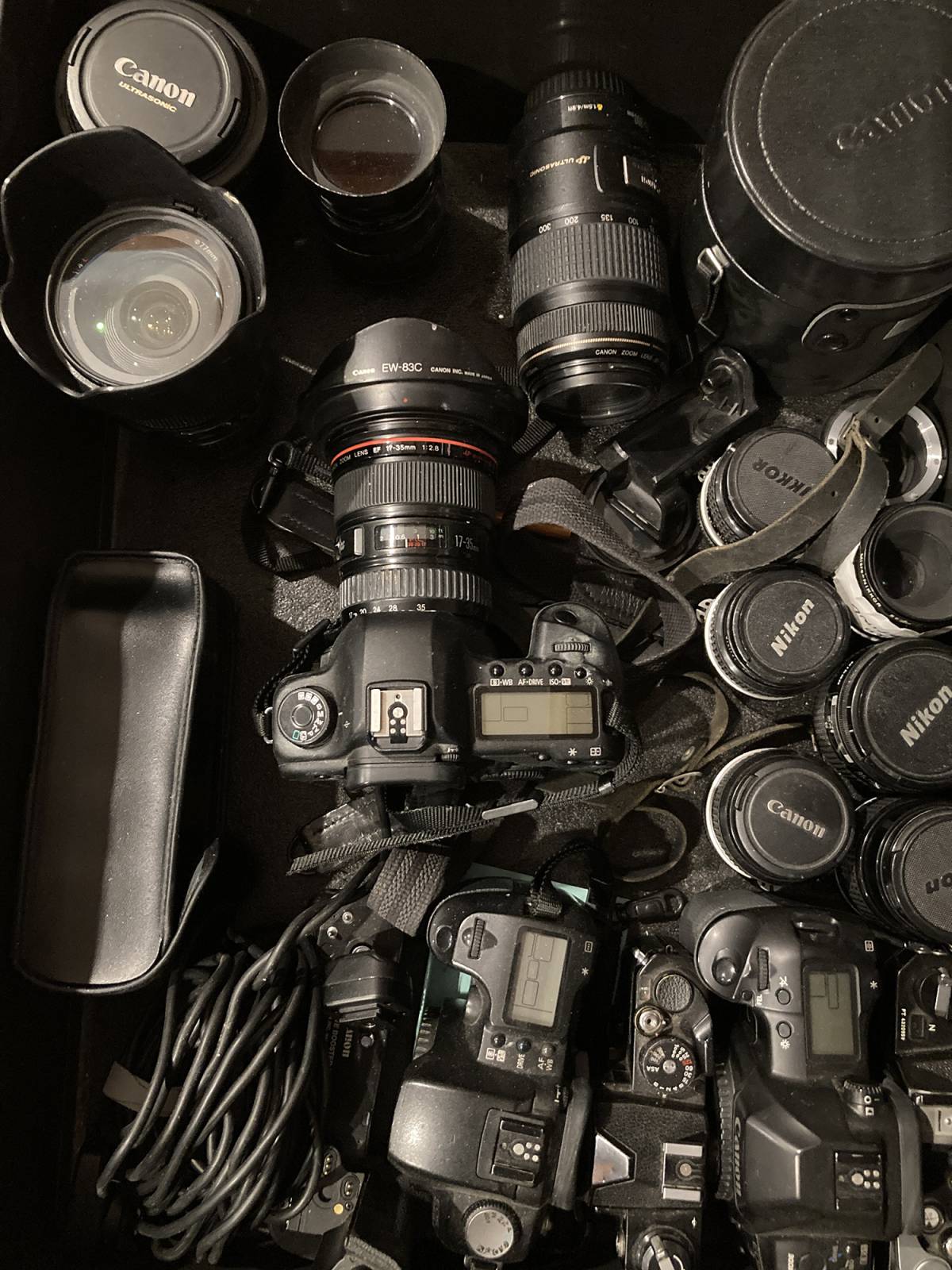 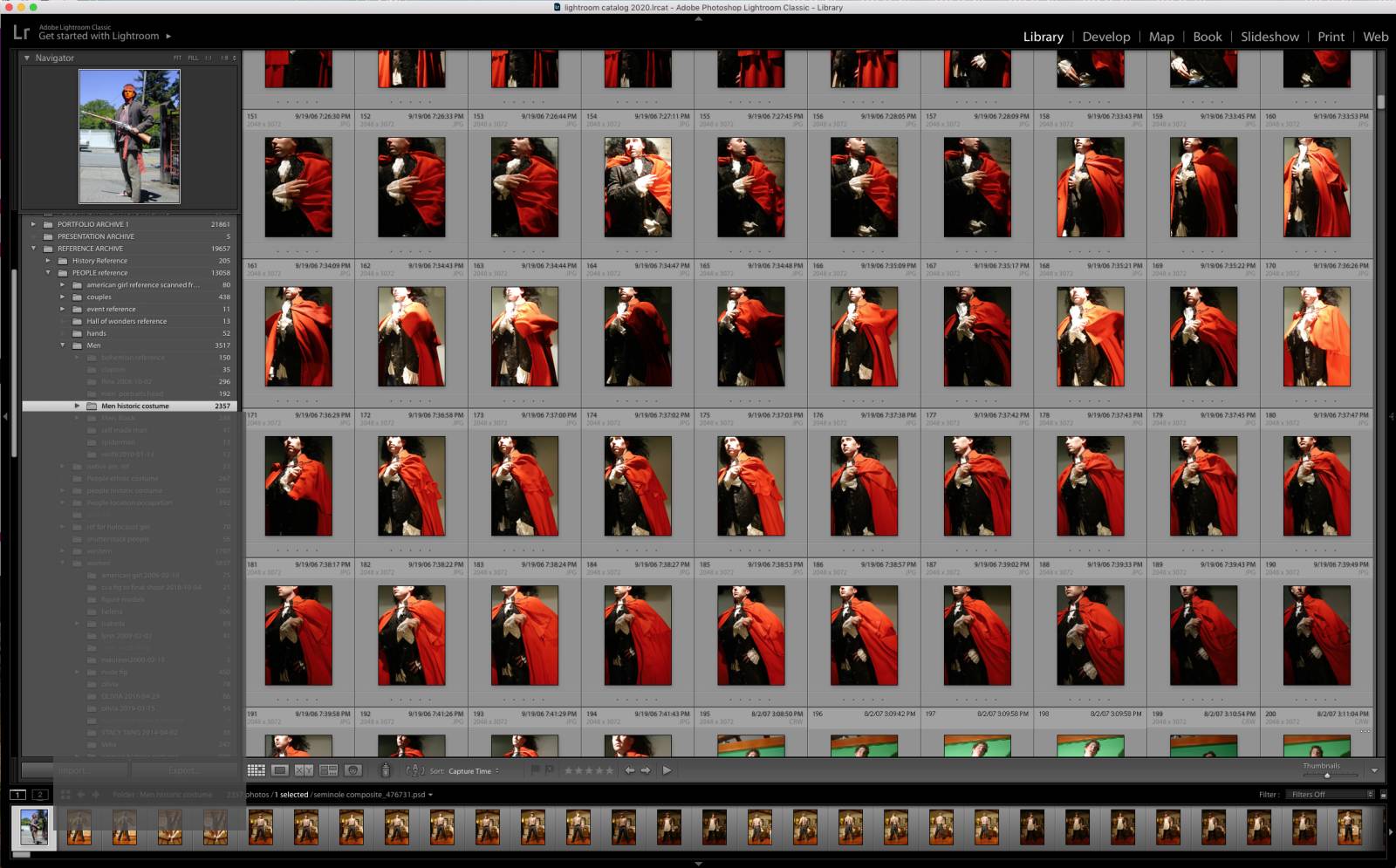 I use photographic reference for much of my illustration work. Because I go to somewhat unusual lengths to shoot my reference, I often have many hundreds of shots that I don’t use from every project.  Over the years I have employed a number of different systems to organize this reference, with the idea that at some point these outtakes will be useful.  I thought that this month I would share my system I use to organize my library of digital reference.

To begin, a little history from the pre-digital past: I will sheepishly admit that I went the long way around the problem of organizing my photos. When I began as an illustrator, and even while in art school, I had a darkroom in my apartment.  At that time, I used manual Nikon film cameras, shot on tri-x and made black-and white prints of my reference. Later I shifter to color slides, which I viewed on a kodak display. 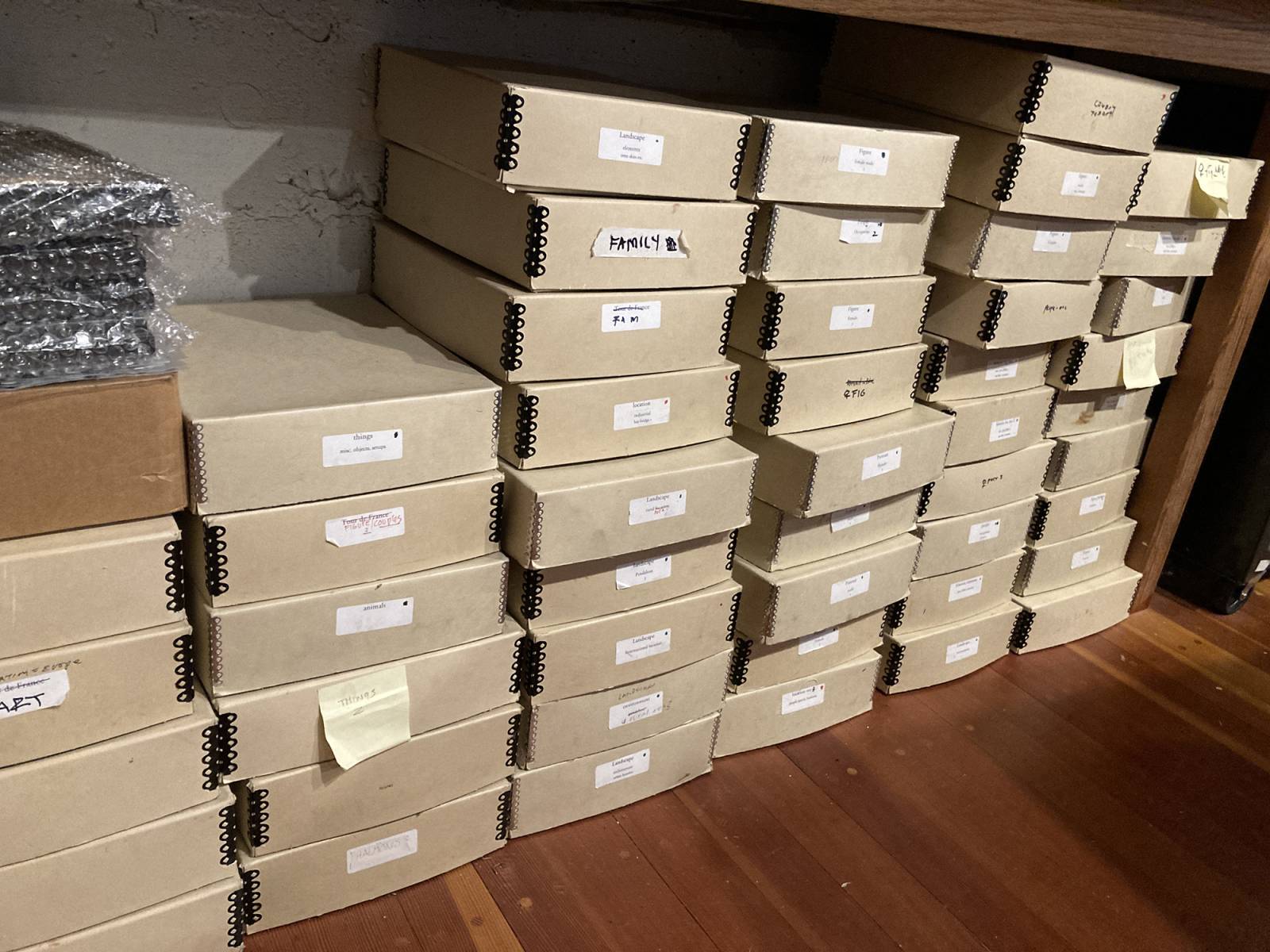 The prints and slides went into boxes organized by subject, more or less along the same lines as the reference morgues of illustrators of days gone by (until recently I also had a comprehensive photo reference library of magazine clippings- but I spent far more time maintaining those files that I ever saved by using them. I threw the whole lot out the door a few months ago- Ill never miss them.) 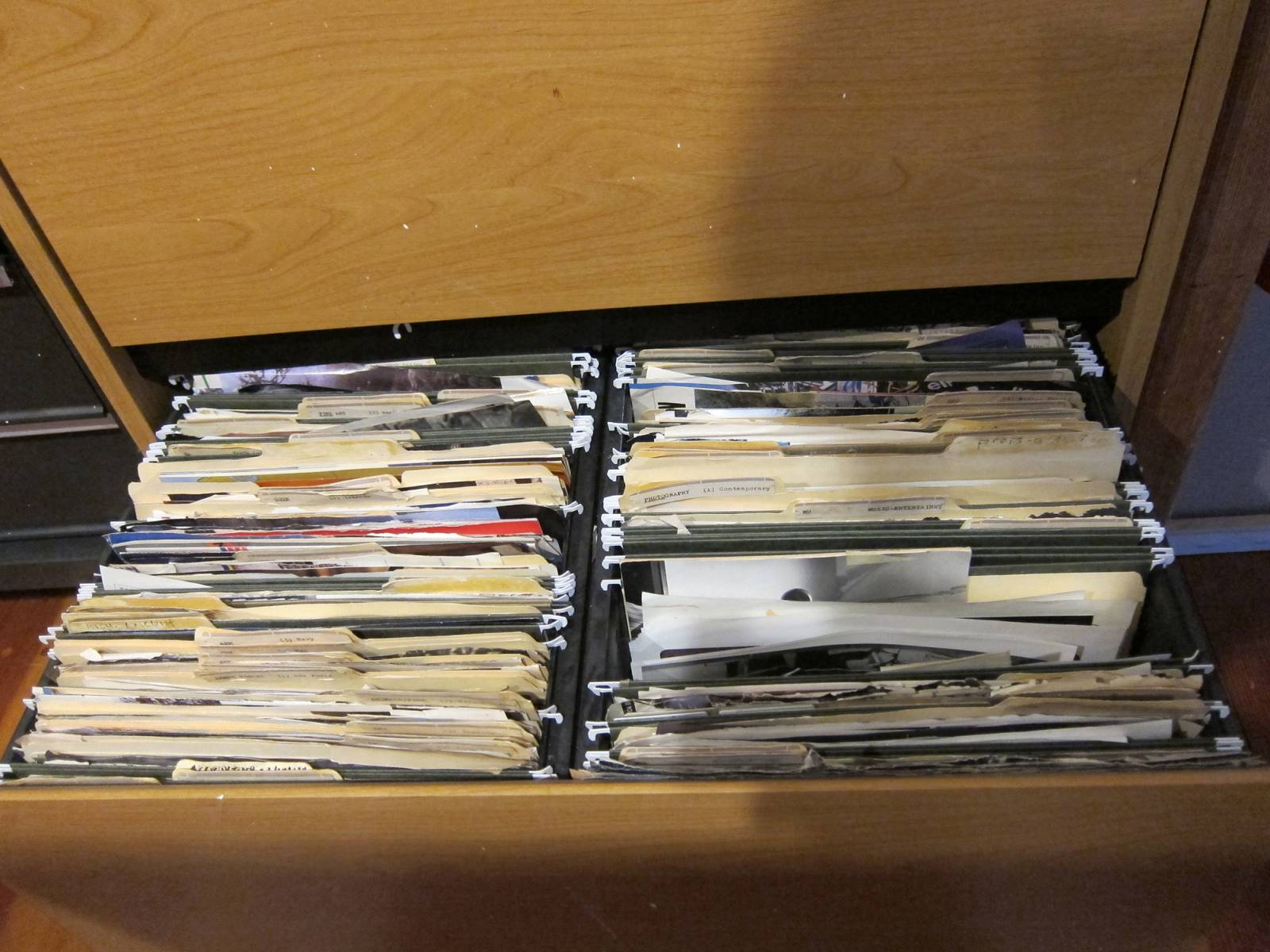 The old ways are not always the best, unless you are looking for a picture of a Tandy computer, or Bill Clinton. ANd even then…

I shifted to digital photography about 20 years ago with the advent of digital SLR cameras. I switched to Canon cameras from Nikon because the canon viewfinder worked better with my glasses and I found the controls to work better with my somewhat damaged right thumb).

I miss using my film cameras but the times have changed.

I quickly began to amass thousands of digital photos. Because I always seem to be busy, I triage my time with a priority for working, often leaving little time to organize in the wake of my projects. I needed a simple system- eventually I built two such systems, initially with Aperture organizing system (discontinued by Apple a few years ago). When Aperture was no longer supported by Apple, I migrated my archives to Adobe Lightroom. I used the opportunity to edit, reconfigure and simplify my library.

Let’s look at the reference archive. 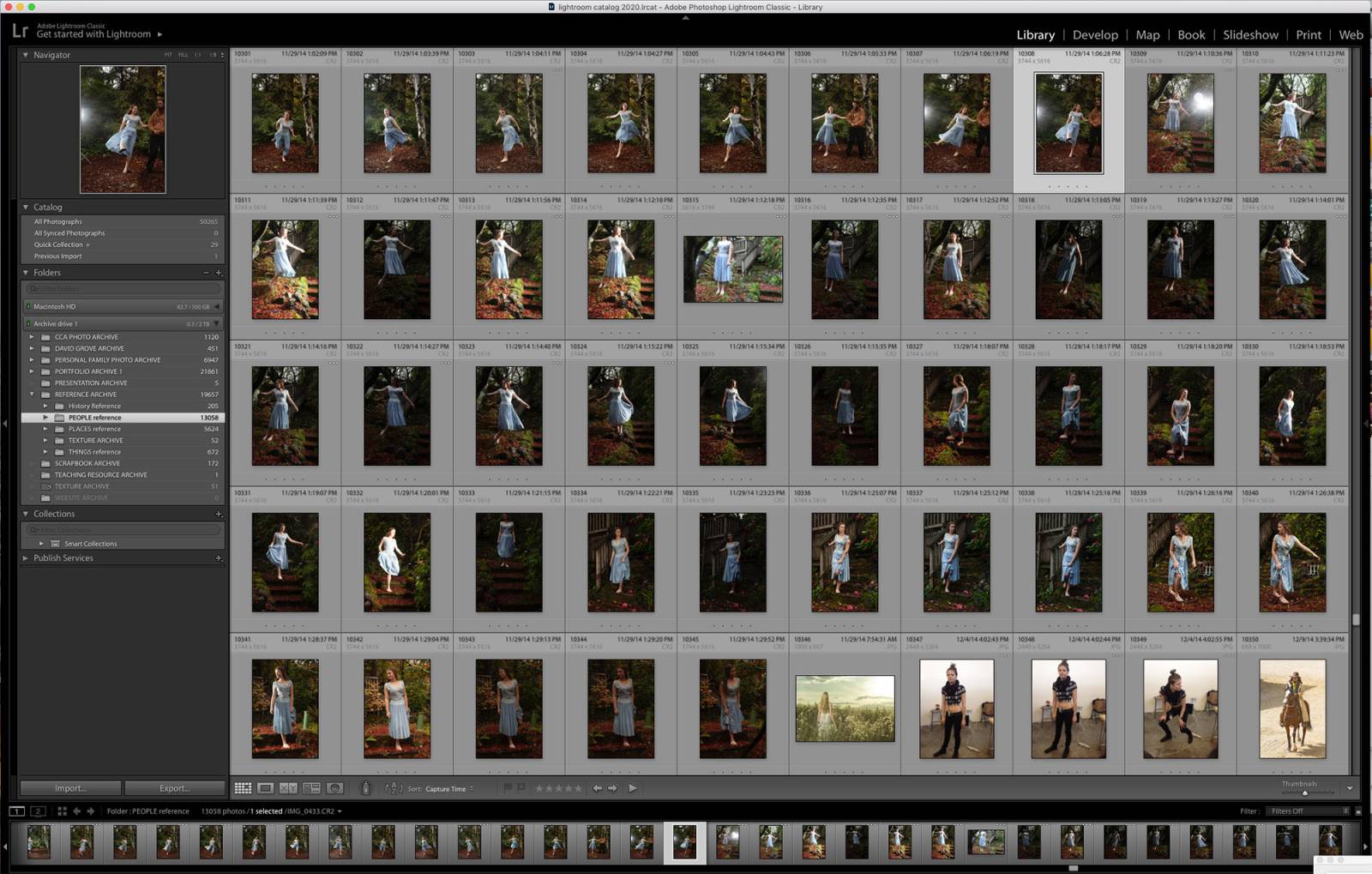 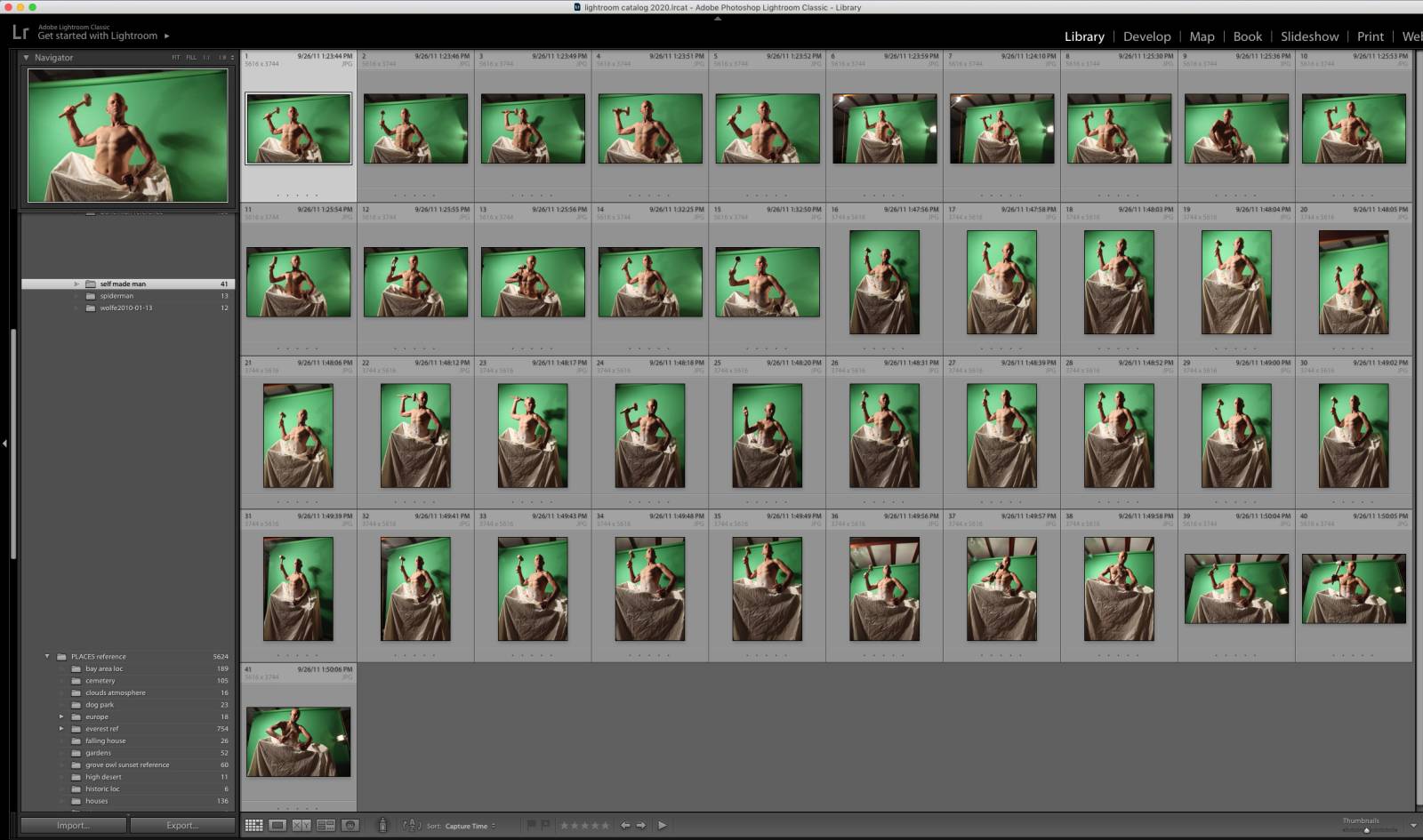 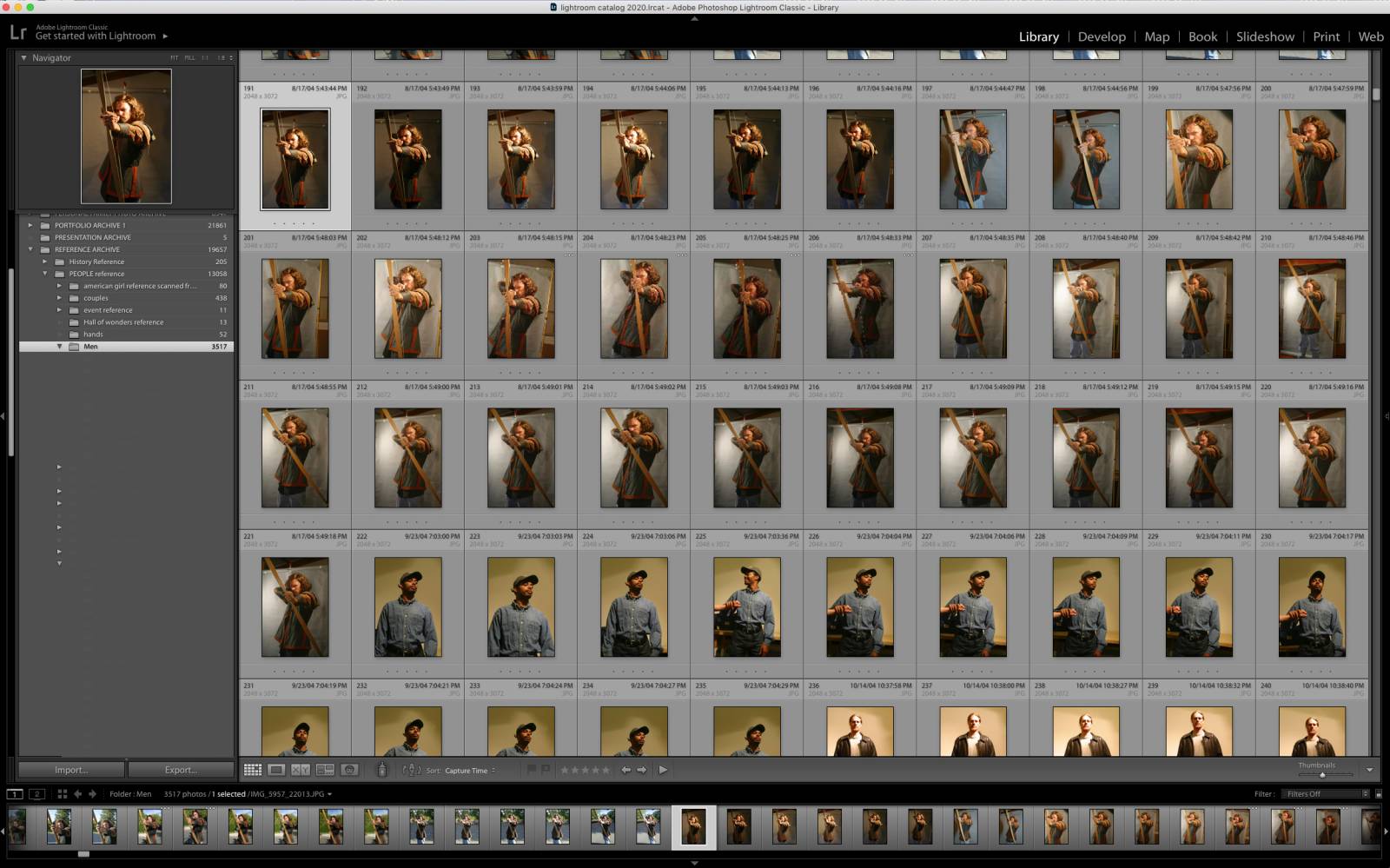 Places- 6000 photos- is broken down by location. Location-specific subjects like waterfalls, clouds and trees have their own folders within “places” 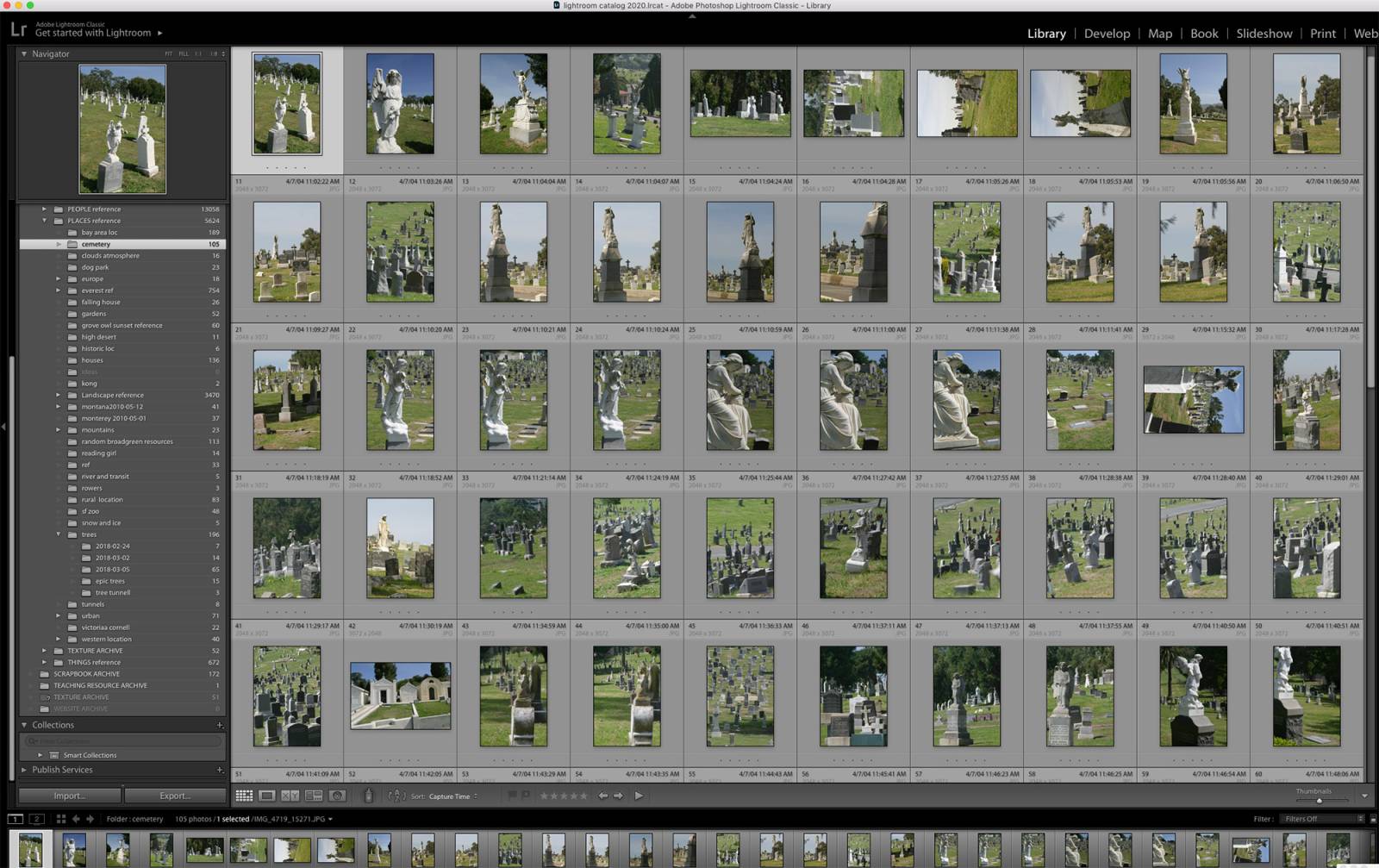 Things- the smallest category at 700 images-is broken down to animals, objects, props, props made for reference etc. 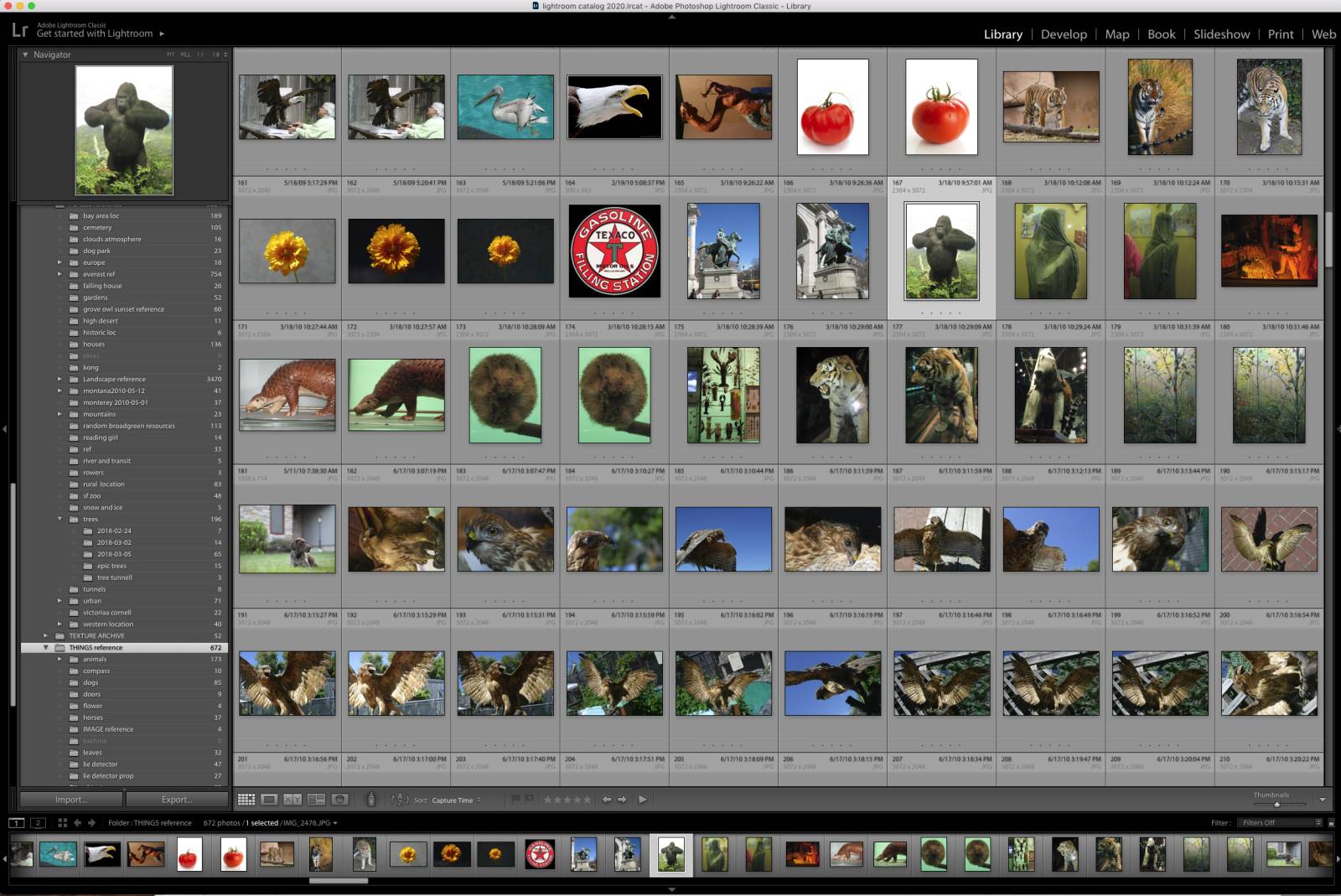 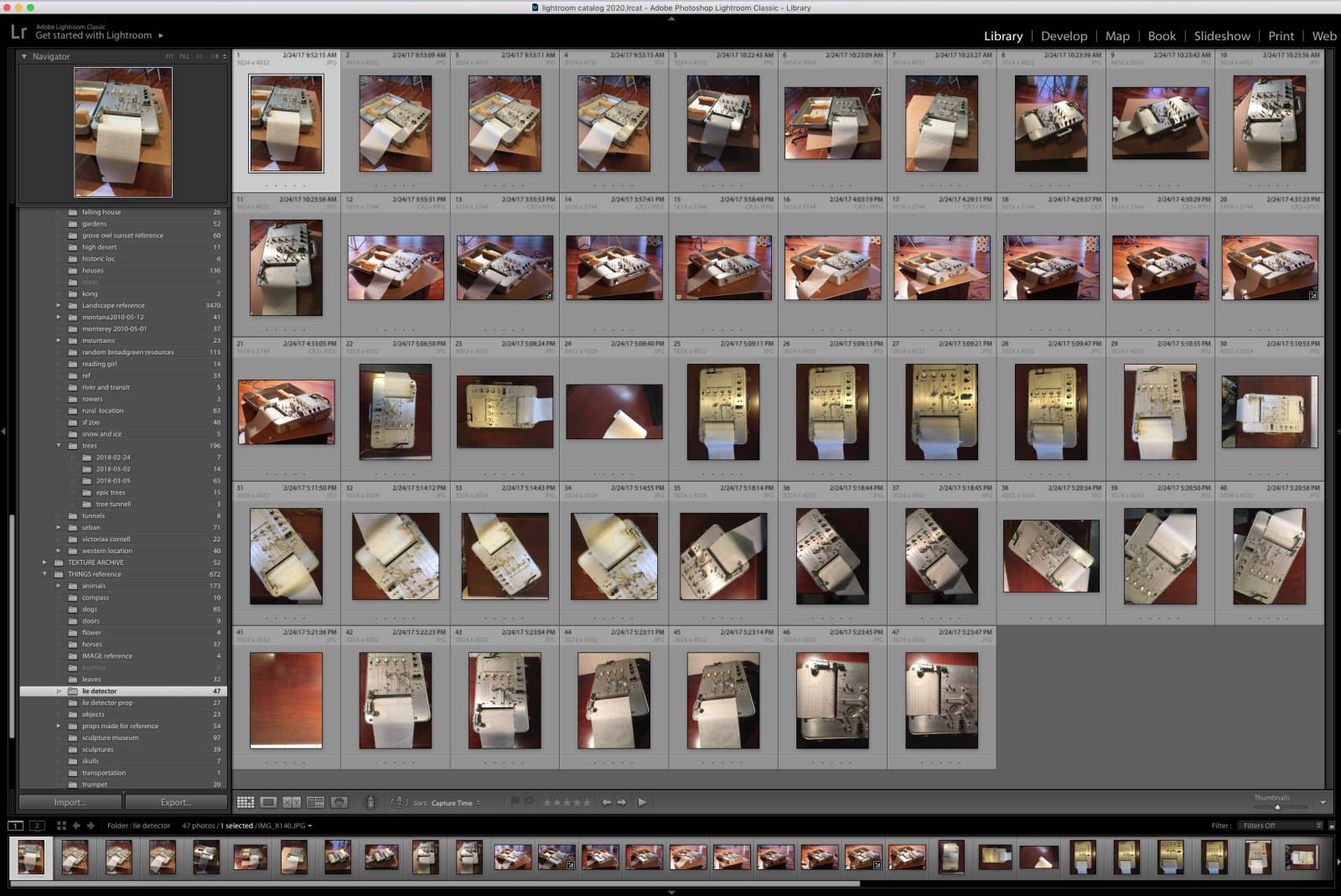 The entire system is searchable, and easy to back up as Lightroom library is a record of the files by location outside of Lightroom. A five-star rating system lets you grade your photos and you can search within a category by rating.  The library as well as the image files themselves are backed up three ways every day: on the backup drive in my studio, to a redundant backup as well as a daily complete system backup to the cloud (via CrashPlan).

That way, if I ever need a picture from the archives, I can find it. The problem is- I always have to shoot new reference anyway. Every project is a different problem, calling for a new solution.

Someday I’ll probably throw it all away – and I’ll probably never miss it. But till that day, this system works. Lightroom is a part of the Adobe Creative Cloud package, so if you have a recent version of photoshop, you probabl;y use lightroom, and if you ever change or get rid of it, your original files remain untouched. Its a pretty good system. 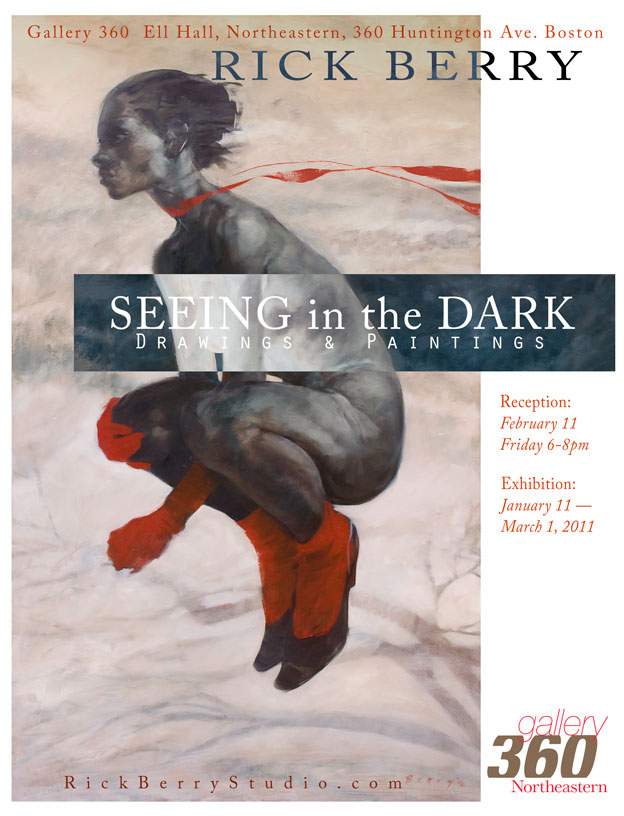 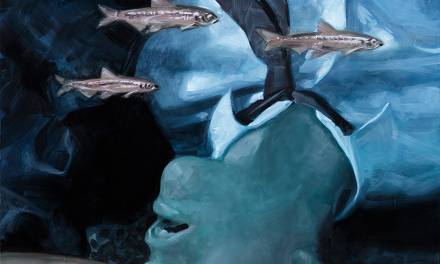 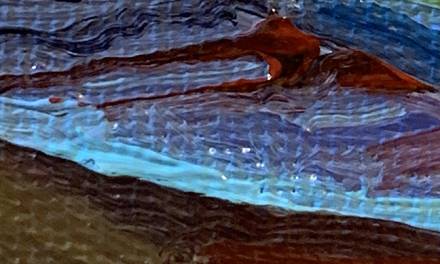 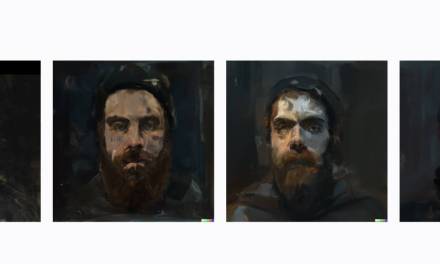