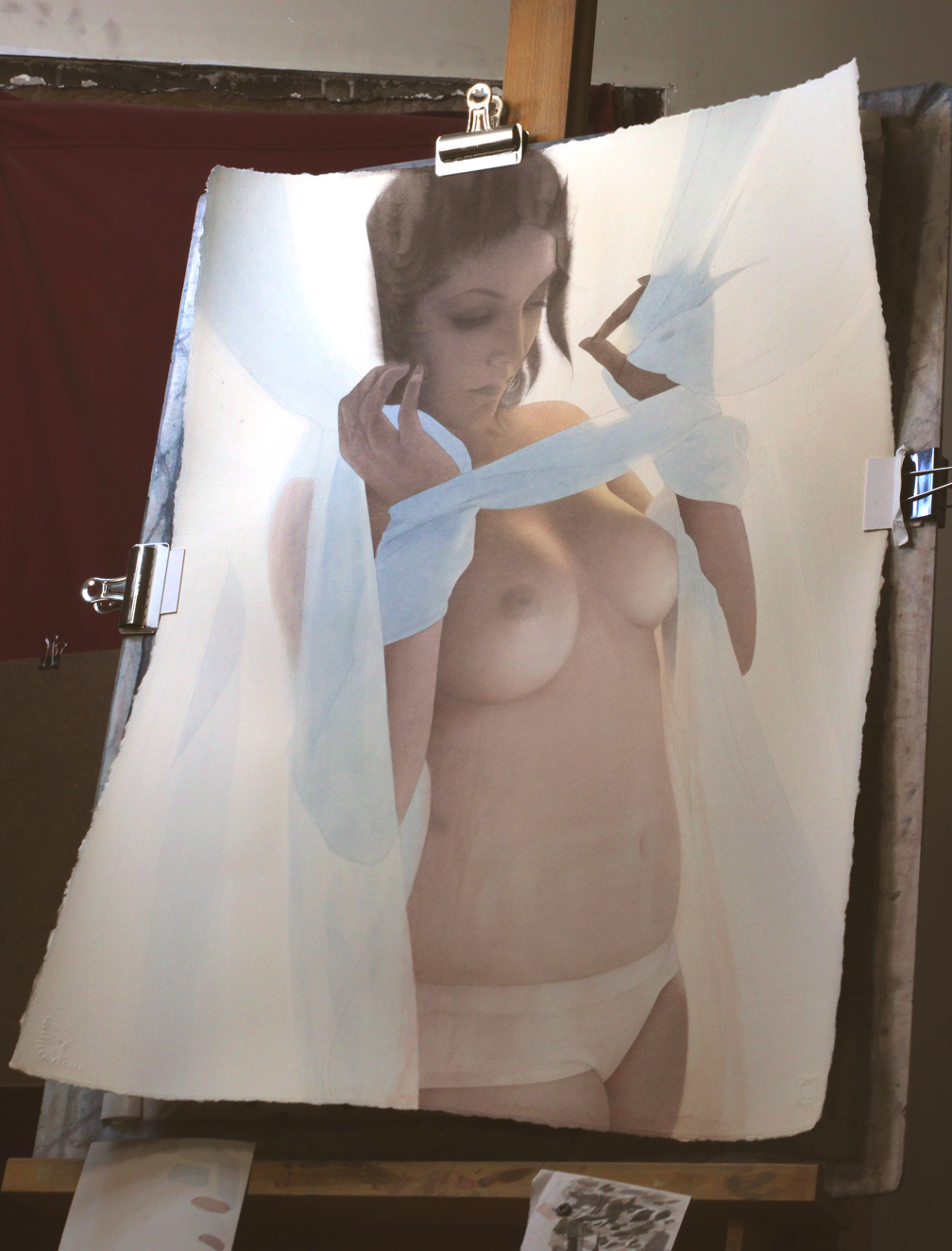 Firstly, because the previous post kicks arse. Secondly, and most of you have probably been through this, I’m in the process of pulling an all nighter( if you’re a vampire like John Palencar it’s called an “all dayer”;). Hooray! I’ve been eating small meals throughout the day as well as a short power nap here and there for the long haul. If I eat too much the “itis” kicks in and I’m no good. It also helps to balance out the coffee intake I have set up in an IV. The IV is nice cause I don’t have to waste time actually drinking. The diaper frees up….well, I’ll leave that one alone.

I don’t feel too horribly stressed out because I spent most of the time painting the important areas first, the figure. I’m at a stage now where I’m painting a lot of drapery and plan to try and loosen up a bit and enjoy the process. I’ll most likely take it as far as I can within the next several hours and tweak it in photoshop. It’s also printing quite small so the piece should tighten up nicely. 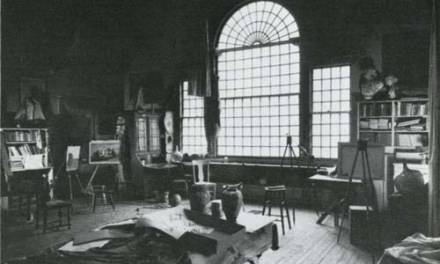 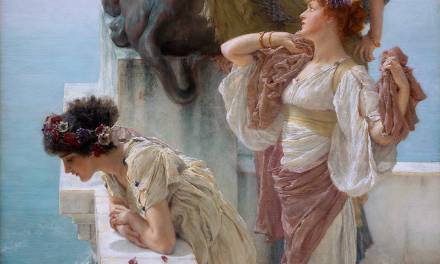 Visiting Tadema at the Legion of Honor 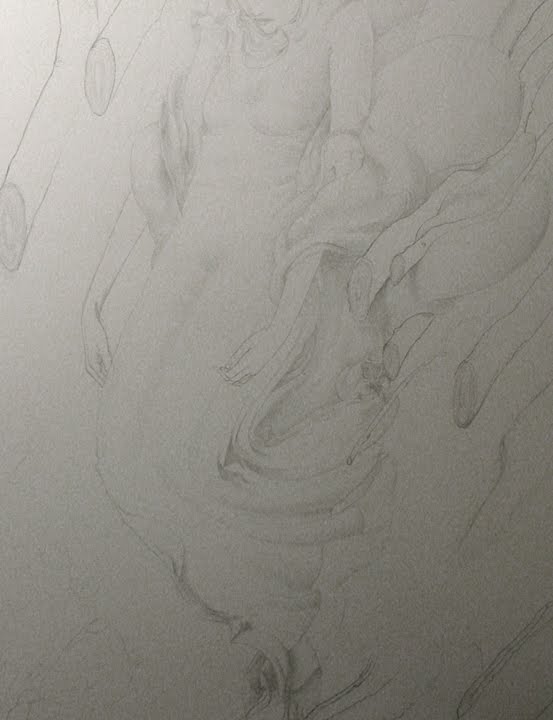