Let’s say you’re a 2D artist. Well, you my friend are the Supreme Master of Your Universe. You decree the time of day. Location is yours to decide, be it under the sea, on a distant planet, an endless desert or a Starbucks. The light bends at your desire; blinding sun, dappled shadows, the brooding gloom of a cloud sliced moon or the humming neon of an office cubicle. Time? Your call. Pick a century. Make up a century! In your Universe, people fly, men with super powers lift city blocks with the flex of a finger. Jugglers juggle. Pumas pounce. Robots emit lasers through their eyes with devastating effect. In short, your only constraint is the limits of your imagination.

Now, pity the plight of the poor sculptor. We share some of your powers; creation of character, size, shape, mass. We determine finesse of finish, level of detail. Action. Intent of action. Same as you. But that’s it. The context in which our work is viewed is out of our control. The conditions under which our sculptures are seen is left to the whim and whimsy of an art director who will decide which lighting setup to use. (For some inexplicable reason, they sometimes choose to light a sculpture from beneath. Will ya look at those nostrils!) 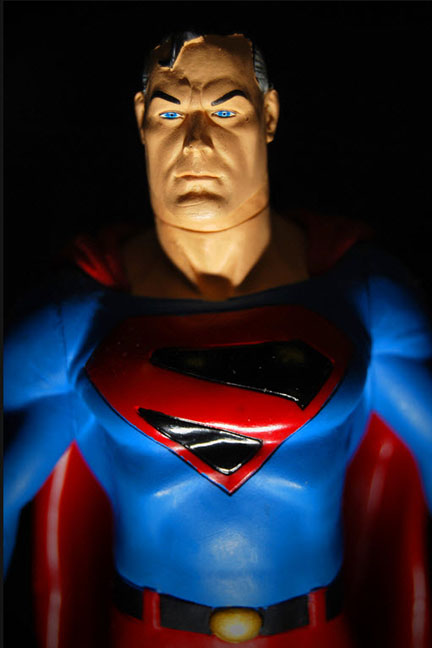 Or, the consumer who may place his sculpture in a cabinet, on a mantle, in a bookshelf or next to the toaster on the kitchen counter. And then there’s the gallery with its pin point overheads that makes everything under them look like a Judy Garland revival.

And it gets worse. In your world, you compose proximity. The dragon battles the valiant knight. A group of bug-eyed aliens abducts a leggy blonde. 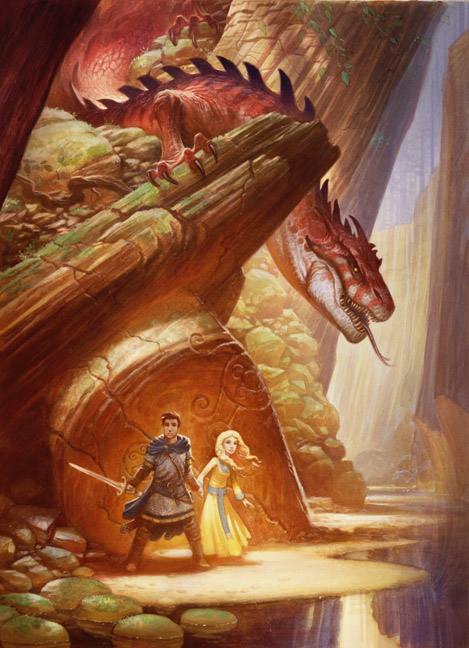 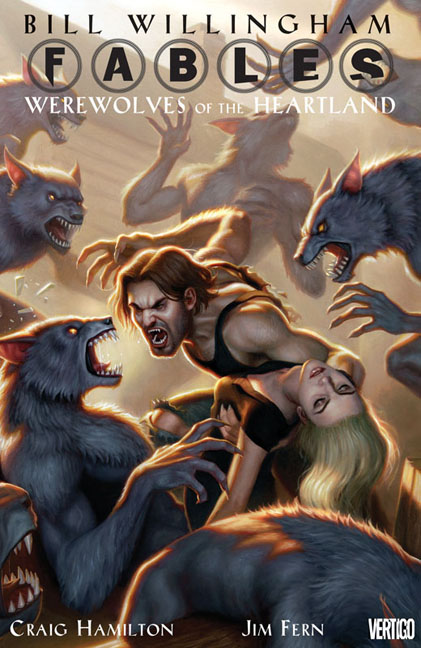 Unless the sculptor’s statue contains two or more figures, it’s just as likely that Superman will be sharing shelf space with Under Dog or Wolverine paling around with Uncle Creepy. 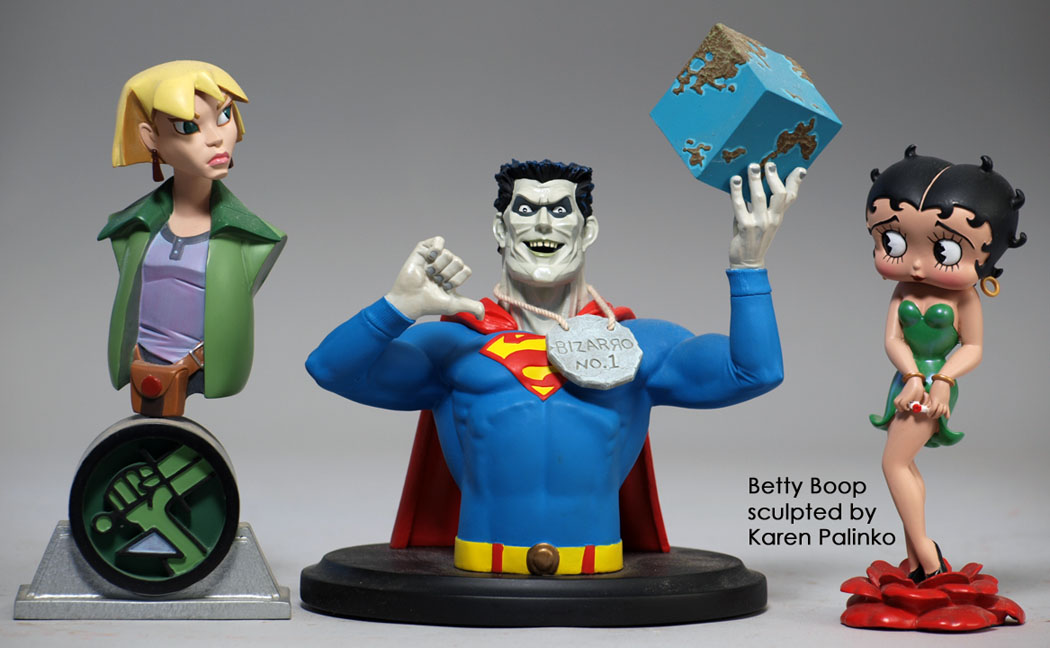 So, what’s a sculptor to do? Well, there ain’t a lot of options, but there are a few. A base is a good contexter. (I made that up, but you get the idea) A well designed base can help set the location. It can even infer distance like a mountain top or a valley. 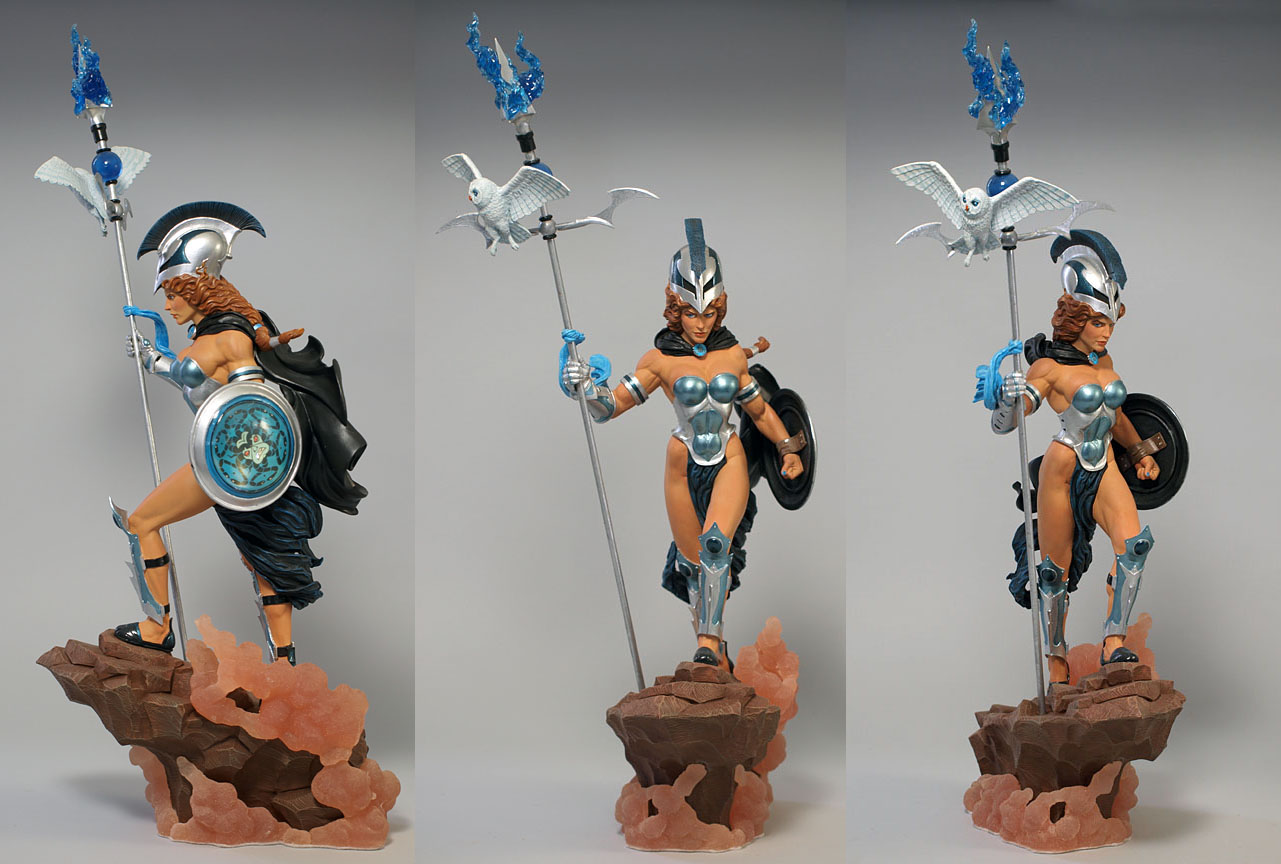 Then there’s weather. In the sculptor’s world, there’s often a lot of wind. Usually it blows in against the character, sending hair and wardrobe alike, undulating in elegant inverted “S” curves. Flying is a tough one. It’s that damn pesky gravity that gets in the way of a convincing airborne composition. But a sculptor is like a magician. Its all about misdirection. Look here! Don’t look there. A character who’s supposed to be flying needs to be supported somehow. It’s the sculptor’s job to help you suspend logic and physics in support of make believe.

Most problematic is the concession to the material. Its often going to be resin or silicone, and in some case, bronze. They each carry their own liabilities. Resin, as with all thermal cure plastics, is subject to heat warp. In winter, that flying super hero defies gravity at ninety degrees. During the summer swelter of late July, he’s kissing the ground. There’s a one word cure for that. Buttress! As long as you can’t see what it is, it’s a damn dandy solution. So, knowing what a material can do, or more importantly, what it can’t do, and knowing how to make it look like it can… that there is golden.

But, the sculptor has one special power all our own. And it’s a doozey! The element of surprise. All you 2D guys, you can make anything happen anywhere, anytime. You can make the impossible, possible. But the sculptor, we can give the audience something you can’t. A back view. And don’t you know, we play it for all their worth. Why, look here. It’s a statue of Wonder Woman. Just standing there, minding her own Amazonian business. But turn her around and she’s standing on a pile of skulls of her vanquished foes. Try that in 2D! A good sculptor will stack the visual deck. We’ll leave visual bread crumbs for you to follow and take you where we want you to go and back again. 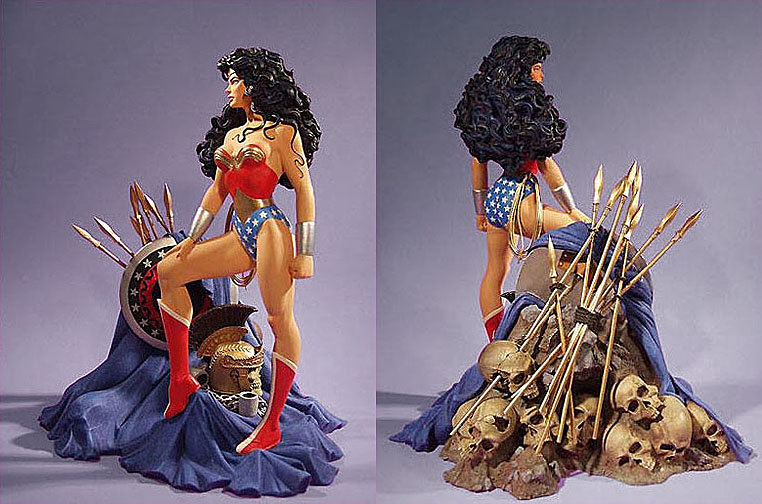 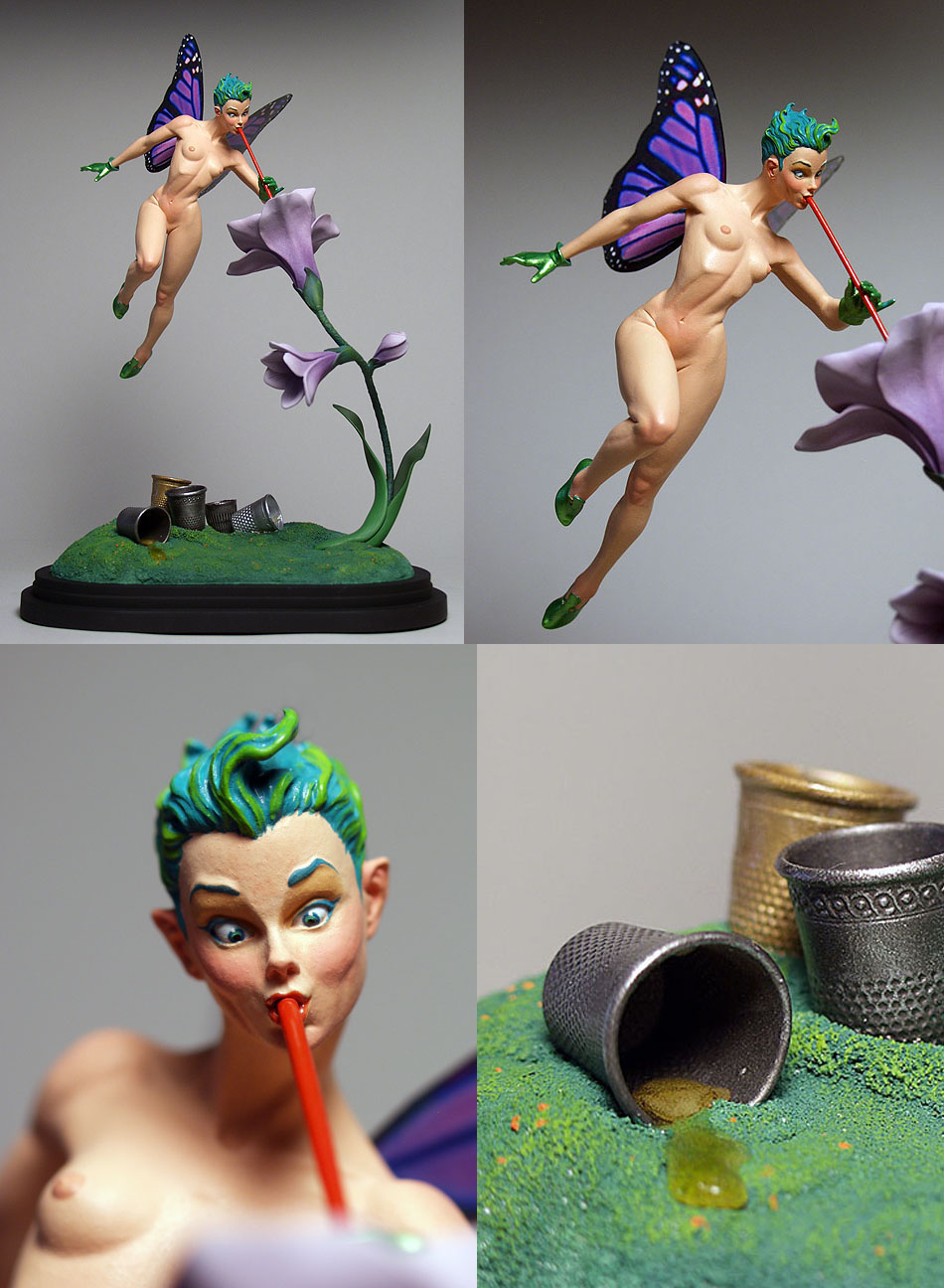 I’ve said this before, sculptors are like the drummers of the art world. If you’ve ever been in a band or are a sculptor, you’ll know what I mean. We sculptors are not prone to great conceptual leaps. We’re often too busy trying to figure out how make a squint look intense as opposed to myopic.

She: This is something I’ve been rolling around for a couple of years. How could I contextualize a sculpture the same way a 2D guy can? Well, you’d have to start with creating an environment that, by and large, accepts traditional lighting methods as overhead and be willing to embrace the variables of that. This is the rough clay. When she’s done, the leaves will be cast in translucent resin allowing a little more light and increasing the play between light and shadow. I’ll let you know how it turns out. 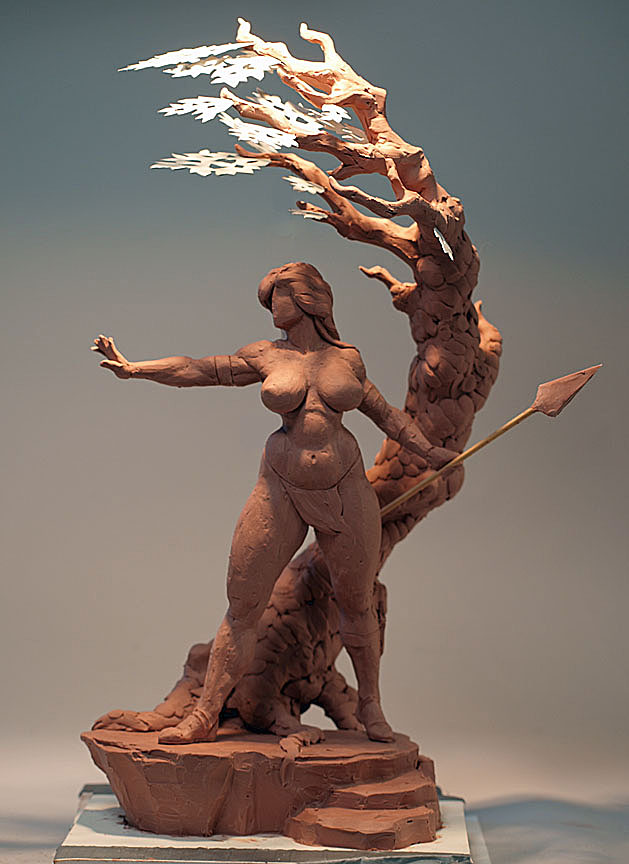 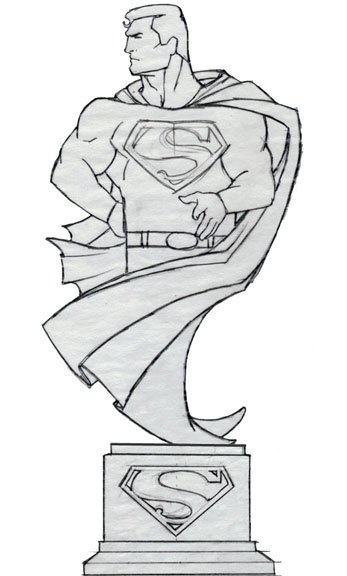