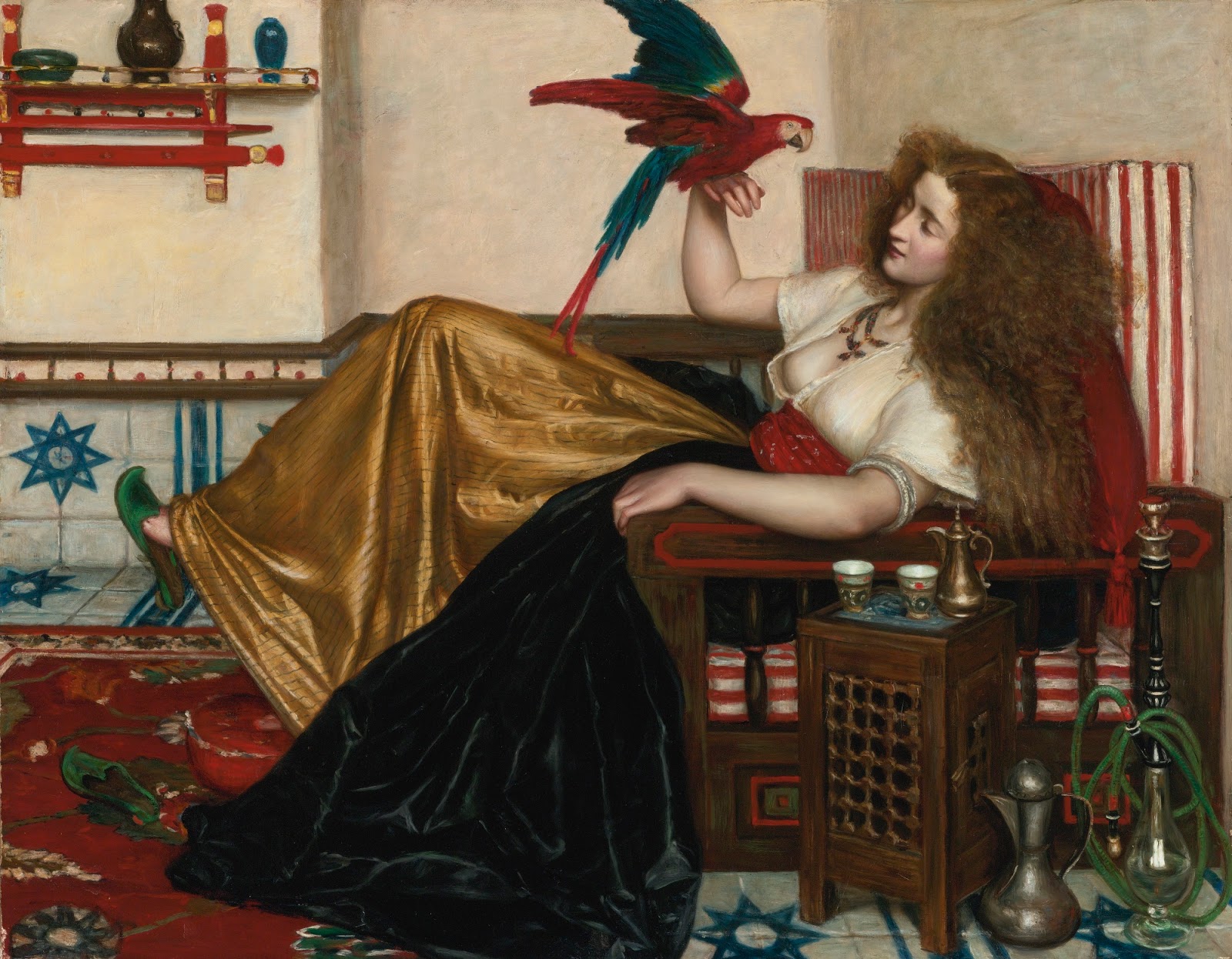 Valentine Prinsep and Thomas Cooper Gotch are two 19th century painters that created some wonderful works.  I was not aware of their body of work until recently.  I had seen a few paintings by them both through the years but had not identified the artists.

As more of the world’s museums digitize their collections and works go up for auction we will hopefully continue to discover more artists that have been in storage or obscurity.

Both of these artists are associated with the Pre-Raphaelite Brotherhood (PRB), not as members but in bearing their influence.  You can see it in some of the paintings below, but both artists developed their own clear voice as they developed.

One of Prinsep’s primary influences was Dante Gabriel Rossetti, a member of the PRB.  Prinsep met Rossetti in 1857 at the age of 19.  He was also good friends with Millais and Burne-Jones, so he came to the PRB influence thoroughly.

I love the palette of this painting below.  The title of the painting is a strange one – The Lady of the Tooti-Nameh or the Legend of the Parrot – According to Sotheby’s the title of the piece comes from the Tutinama.  The narrator of the book is a parrot who tells his beautiful owner, Khojasta, stories to keep her occupied while her husband is abroad.  That Prinsep would be literate in a story from India isn’t a surprise as he was born in Calcutta and spent the first part of his life there.

This painting reminds me a little of Tissot too, with the variety of textiles and patterns.

I think that one of the great gifts that came from some of the stronger 19th century paintings was a greater variety of compositions than those artists typically used in the preceding centuries.  The piece below, Medea the Sorceress, is one of those paintings.  The kneeling figure of Medea and her bright red clothing draw the eye, but so does the light revealing the snake in the upper right.  Her proximity to the bottom of the painting and the snake tucked into the upper right make for an interesting arrangement of focal points.

I love this elegant little sketch for The Visitation.

The painting below is one of my favorites.  The drama of Winter and the cascade of petals from Summer’s hands draw me in.

Another beautiful painting full of color, texture and rich surfaces.

Gotch began his career painting in the naturalist/realist style of artists like Stanhope Forbes and Albert Chevallier Tayler, but these early works aren’t what he is known best for today.  It wasn’t until he traveled to Italy in 1891- 1892 that his work took a dramatic shift.  His compositions became a little flatter in style, but much bolder in color and pattern.
A painting of his daughter Phyllis playfully depicts her as a queen, complete with a floral crown and reed for a scepter.

The painting above surely led to the painting below, Child Enthroned.  Gotch has given the theme a more formal solution.  The rich textures and patterns in the piece offer a rich visual feast.  The flatness of the patterns and the gold disk behind her head make for wonderful contrast with the rendering of her head and hands.

This is probably his most well know works.

I love how loosely painted the transparent fabric is below, especially on her shoulder.  I also think the way the setting sun echoes the colors in her face.  Another interesting composition.  I don’t know if this is the whole painting or not.  I haven’t seen any other reproductions, but if this is it, it was a bold move to cut off part of her hand and press the figure into the space like this.  Her gaze upward, with closed eyes almost suggests she is thinking of another place, longing to be free from the space she finds herself.

This remarkable image below is a study for a larger painting, The Birthday Party.  What a brilliant and original composition.  Gotch was being influenced, as were many artists at this time, but the influx of Japanese artwork.  The flatness of space and emphasis on shape reminds me of Whistler.

How cool is this composition below?!  I don’t know if this was a study for a larger painting, or if this was the end product but I love it.  It is creepy and beautiful at the same time.  Similar to the study for The Birthday Party, this piece is all about shape and compressing space.  Squint down at the piece and it becomes wonderfully abstract.  The tight grouping of the figures in white in the front creates one large shape in contrast to all the darker figures and shapes welded together to form the strip in the middle.

This painting, Death the Bride is too cool not to include and is a great piece to close with.

Thank you for giving this post a read and I hope it offered a few new images for you to enjoy. 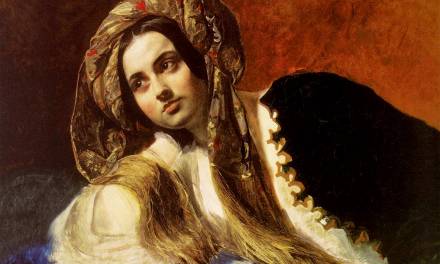 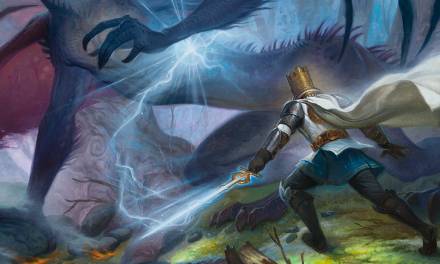 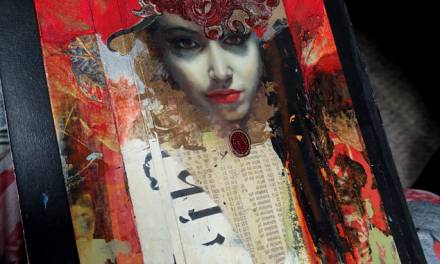