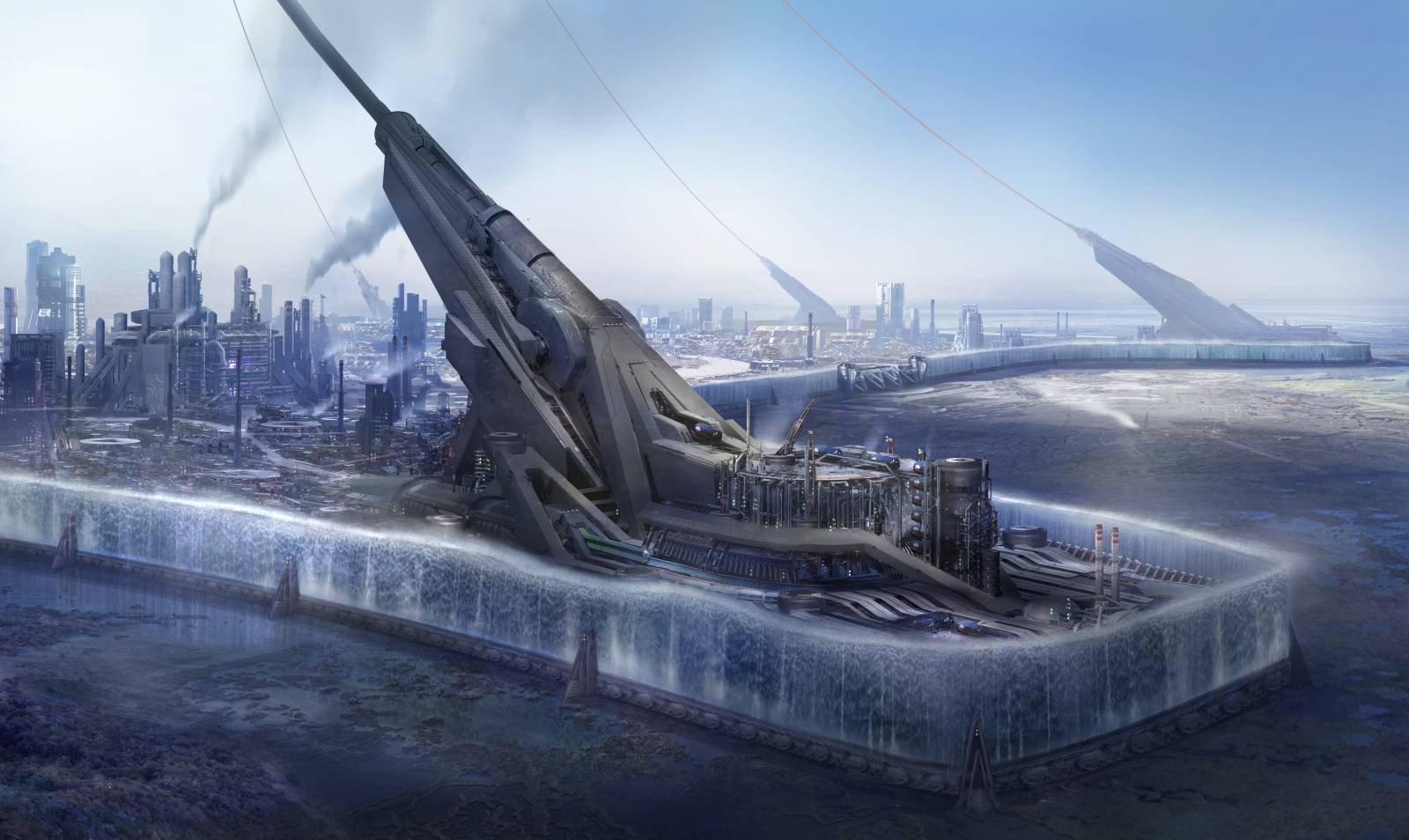 I was contacted a few years ago by my friend and production designer Dylan Cole at Lightstorm, to work on the recently released Alita: Battle Angel. As some may know, Alita as a film project had started about 7 years ago, and was eventually put on hold because producer James Cameron didn’t believe that the technology was advanced enough to fully realize the character. After the success of Avatar, the team reintroduced the project, and I was asked to help complete and update the visual package to present to Fox Studios and green light the film.

The first assignment I was given was to give some thought to the architecture of the floating city; specifically revisit the look and design of the enormous anchor structures that are holding the city together. In the piece they wanted to get a sense of scale, and of what the rest of the city and dwellings might look like surrounding it, and of the Wasteland that is beyond the walls of water. This was a massive concept and tool a lot of back and forth with the team to make sure all the necessary pieces were included. 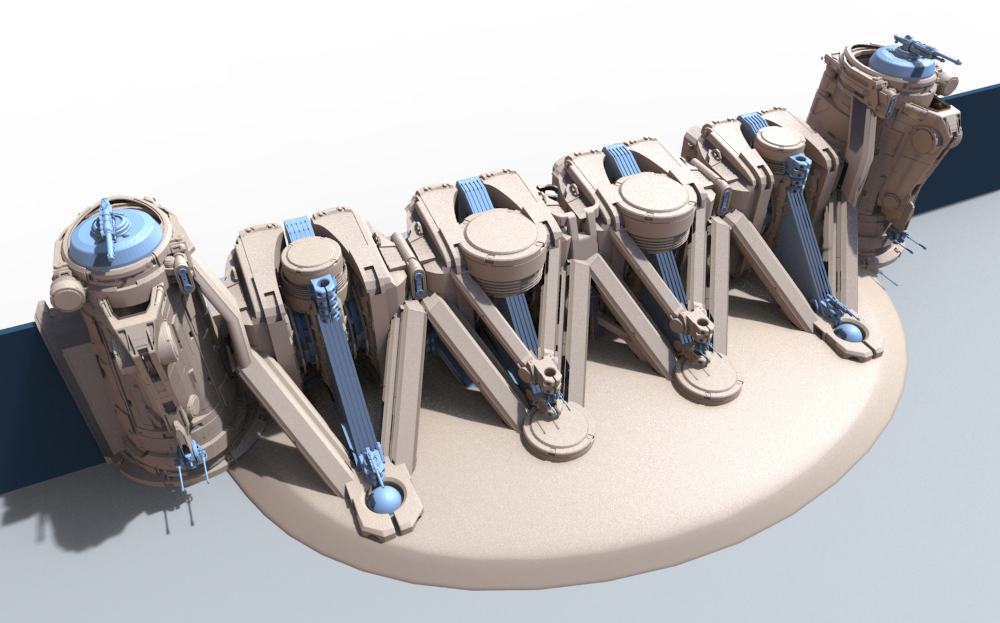 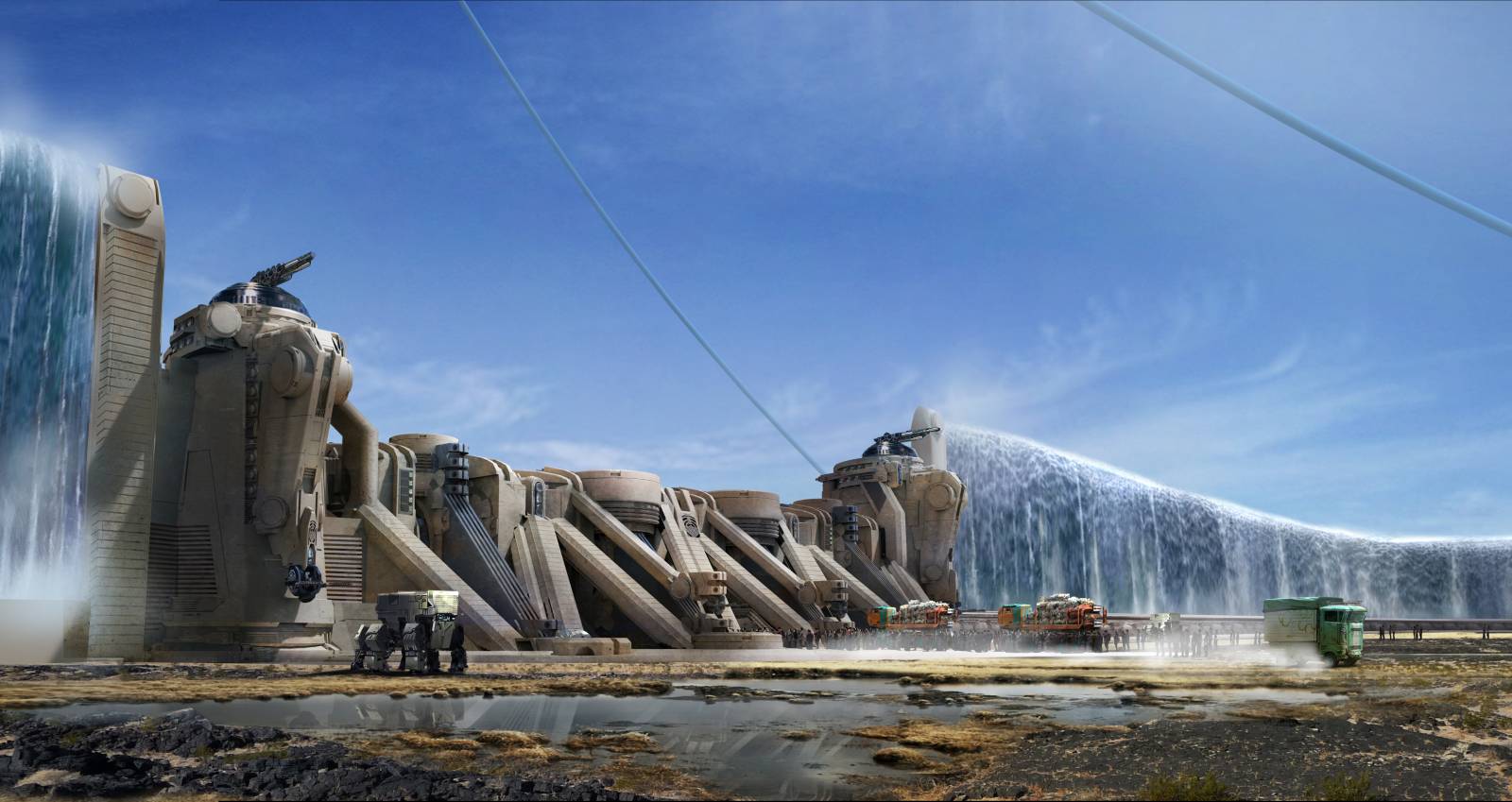 As that painting came to a close, the team wanted to deep dive into a small portion of the painting: the gated entrance of the city. I extrapolated it from the original image, refined the structure in 3D, and created more detail of what is around the main structure. It was a fun balance of both technical design using 3D and painting details and textures in Photoshop to create another key piece in the presentation. 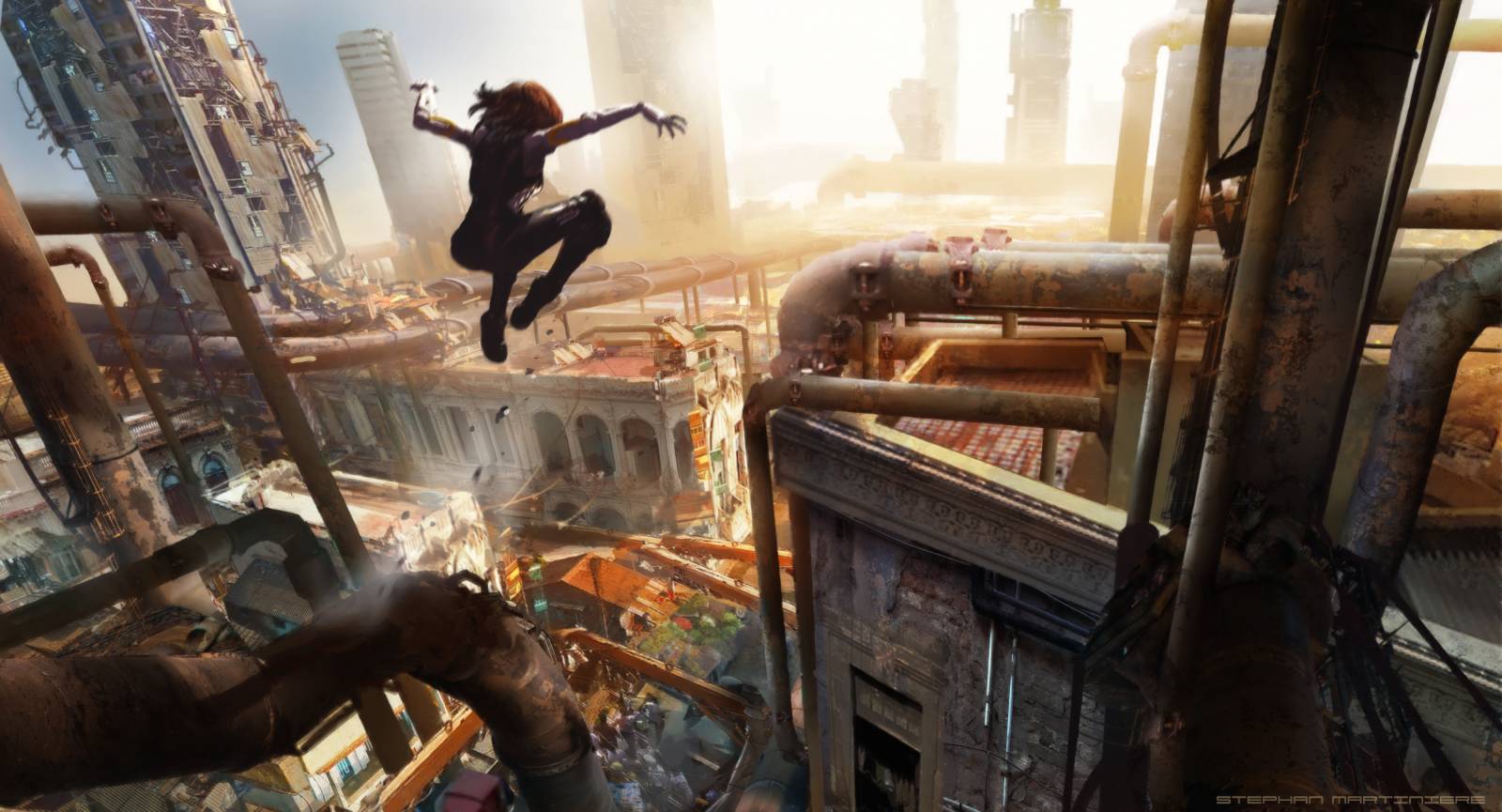 Another aspect of this project that was both unusual was incorporating Alita into the images. The team requested a sequence of action shots when Alita is starting to develop her powers, and goes around the city to test what she can do. They already have a 3D model of the character, so I was able to take that model and pose it in the right position for the illustration, and then paint over to incorporate her fully into the illustration. 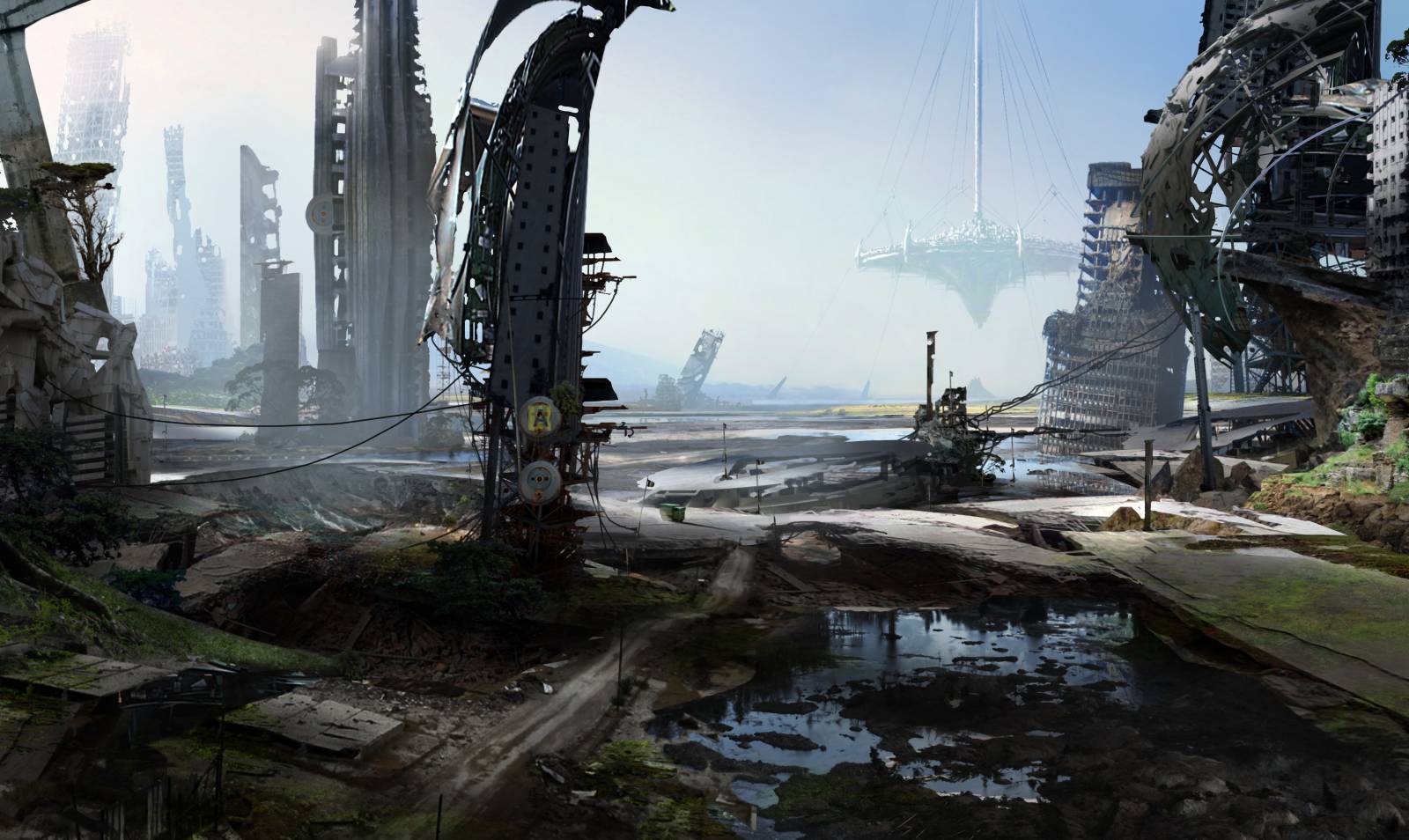 The Wasteland was also a fun image for me, which features the city in the background, and holds remnants of the war and destruction that had ravaged the land previously. I love doing futuristic cityscapes, and felt at home creating one, and then illustrating the ruins of it. 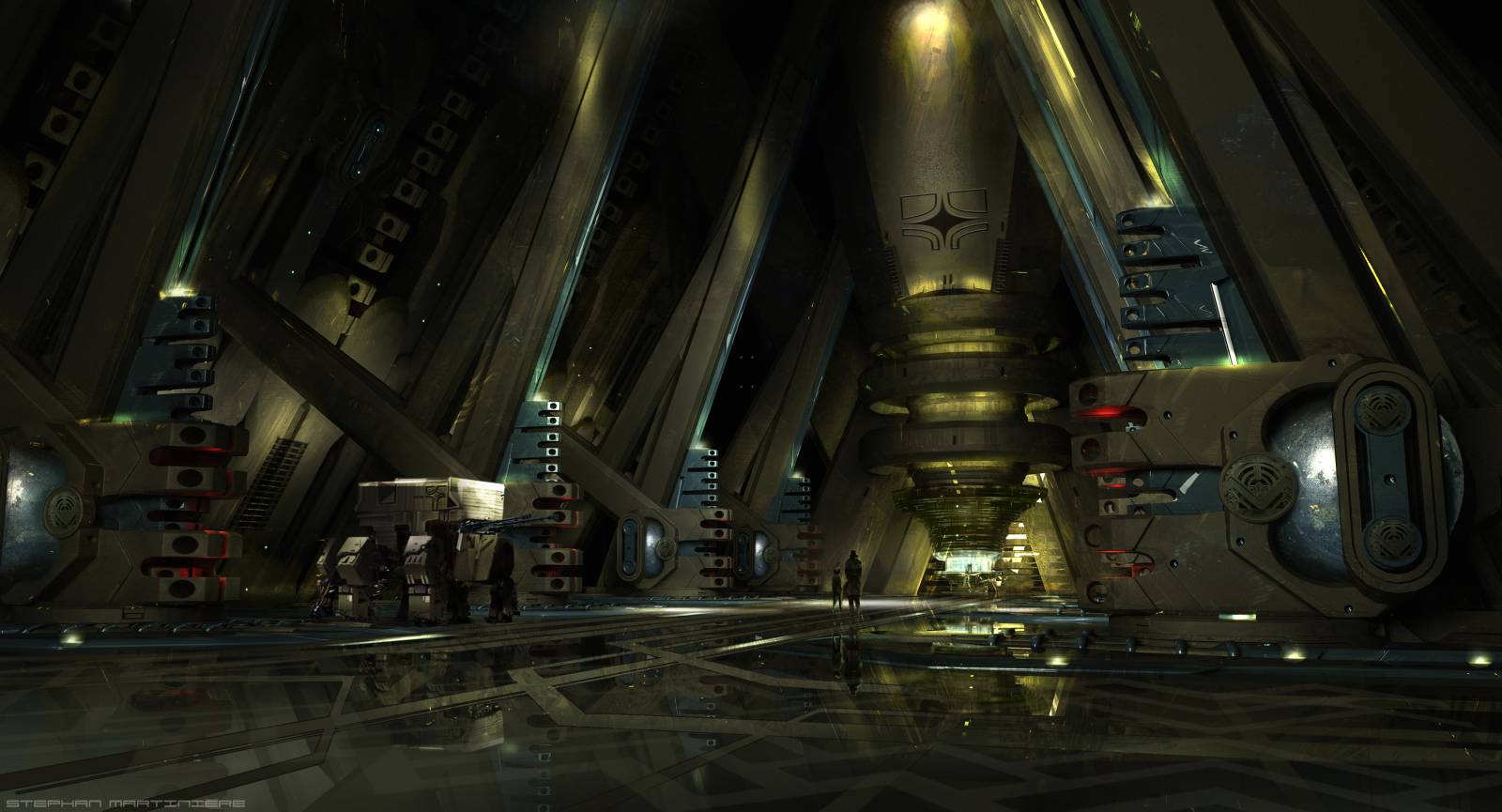 Another image that involved a tremendous amount of 3D was the interior of the factory from within the city. Because it’s such a dark image, it allowed me to go deeper with lighting in 3D and explore all the different points of light coming into the painting. I haven’t done a lot of lighting processes in 3D, and in creating this image I was able to get more comfortable with all the different features.

While I normally work from home, for this particular project I had to be in LA working in the studio at Lightstorm two years ago because of the secrecy. The last time I’d been asked to do that was when I was working on The Time Machine in LA and found the process of working with everyone in the same studio very pleasurable. This time it harkened back to my days working with teams in animation and as an Art Director in games, being able to check in throughout the day with the other members of the team.

What was particularly fun in this instance was that it wasn’t just the concept team in the studio, it was also the animation team putting together different animatics sequences, including voiceover. And 7-8 of us were also developing vehicles, and refining animations in concert, producing roughly one painting each every three days to get the project done in time for the presentation . For 6 weeks it felt very pleasurable to have everyone involved with one common goal, and the final package looked spectacular, and gave a very detailed image of what the film could be. And success, the project was approved, and the film was made! 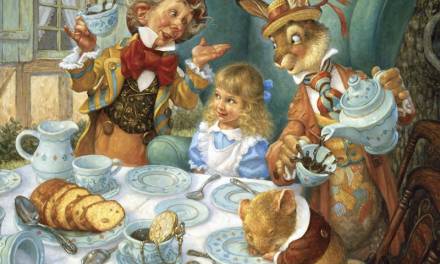 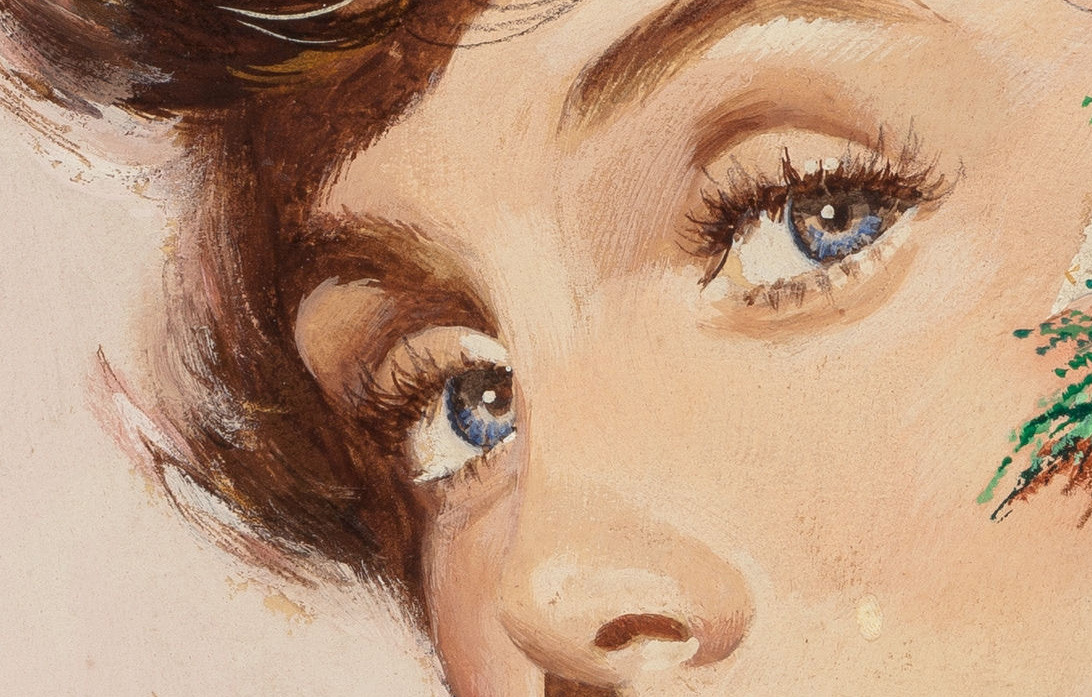 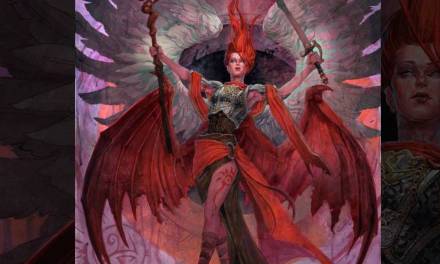