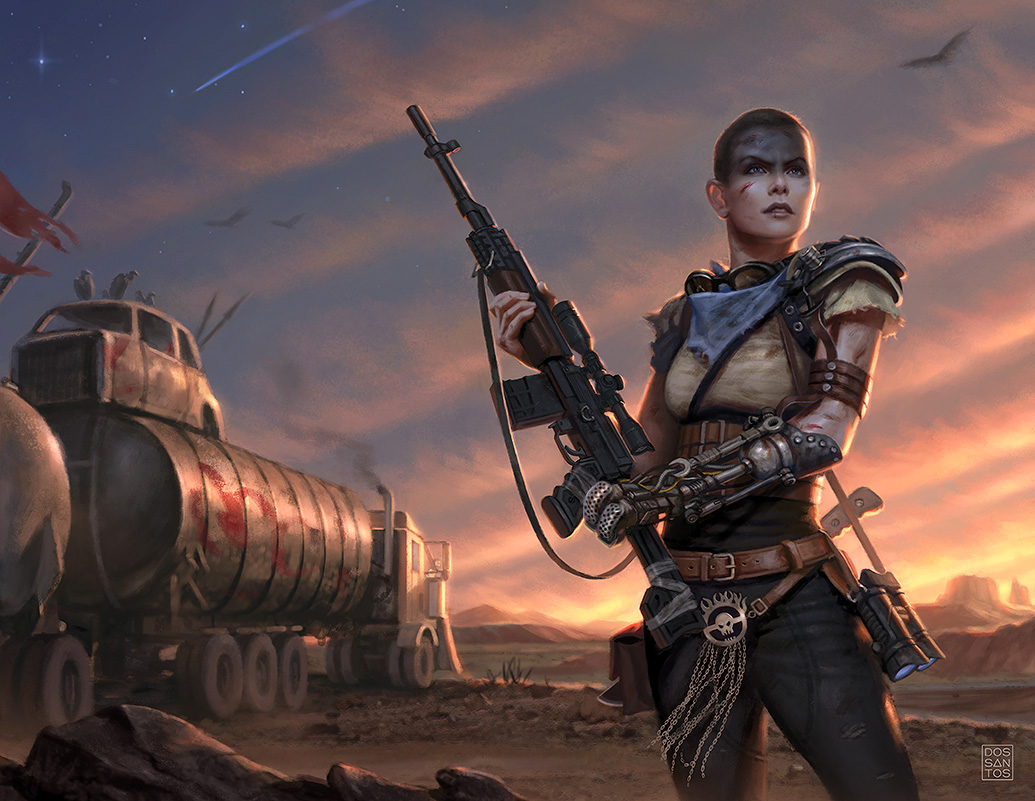 A few months ago I was asked by DC Comics to do a double page spread for their upcoming ‘Mad Max: Fury Road, INSPIRED ARTISTS‘ art book.

The film would not be released for months yet, so we had limited visual reference to work from. We did receive a video of George Miller discussing the concept art, the world and basic character points, but were left in the dark about actual plot specifics.

I suspected that many of the other artists would choose an action packed scene to depict. So I instead decided to show Furiosa in a more calm, pensive moment… Perhaps watching the horizon for War Boys before resting for the night. 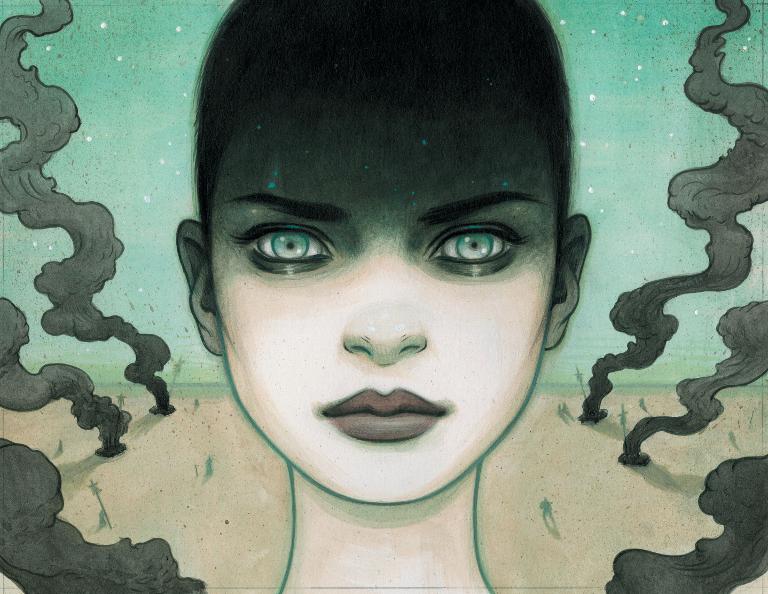 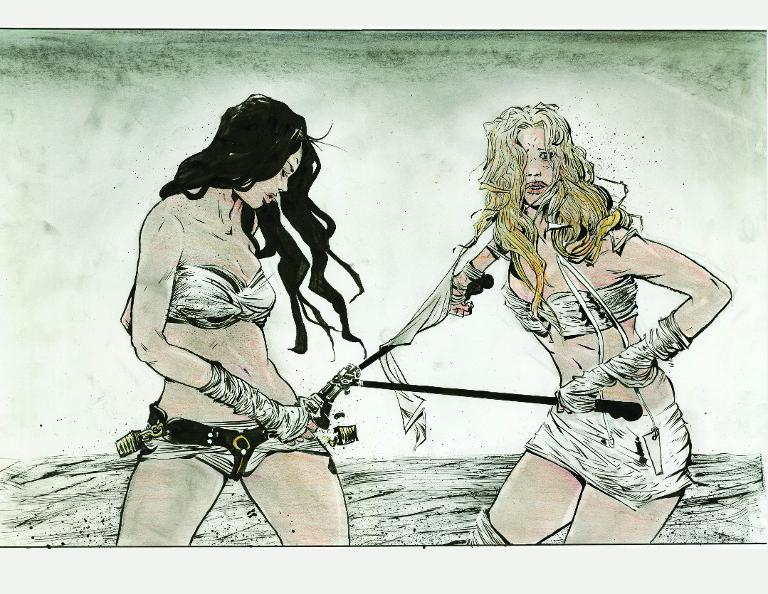 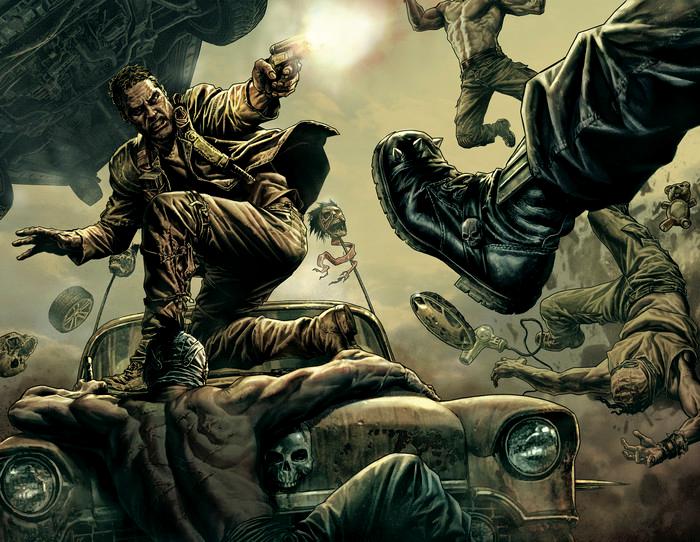 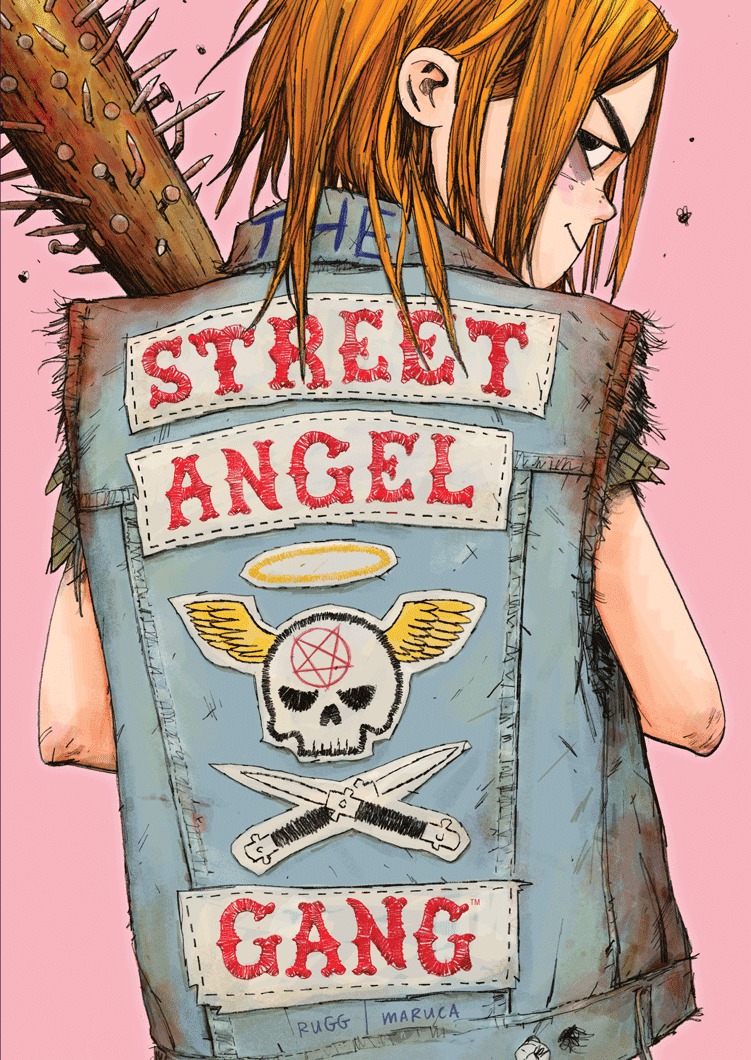 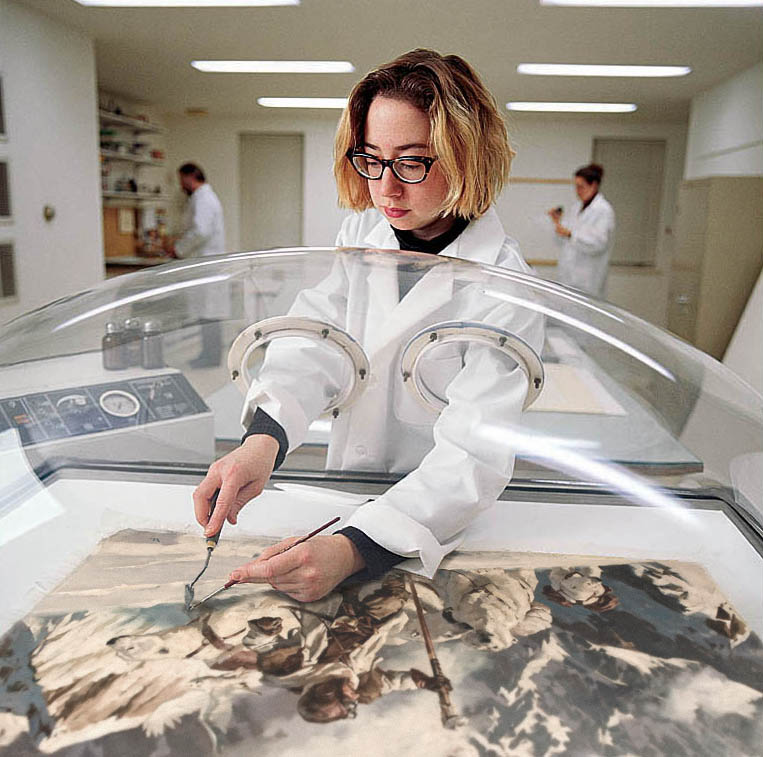 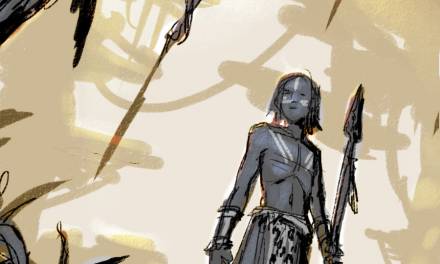 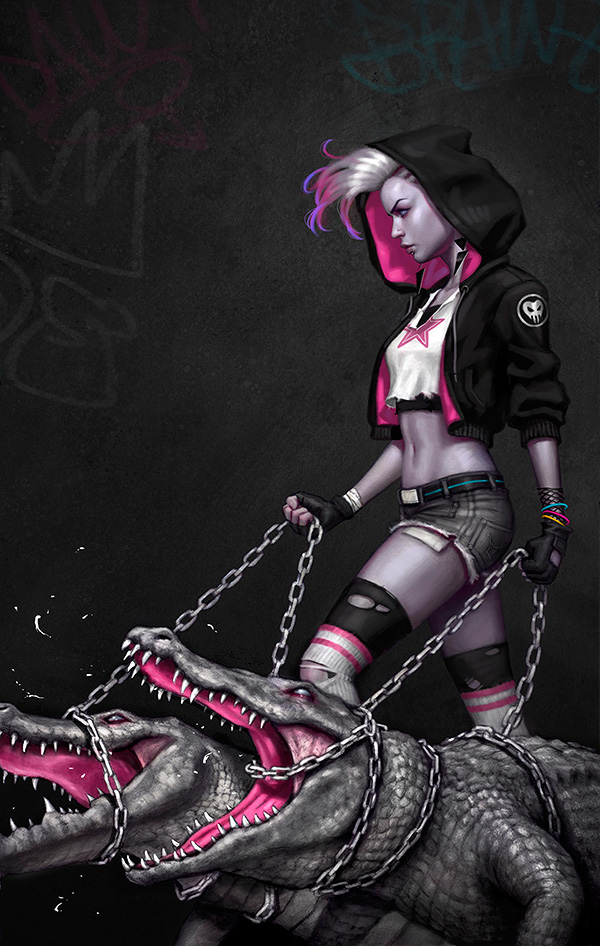