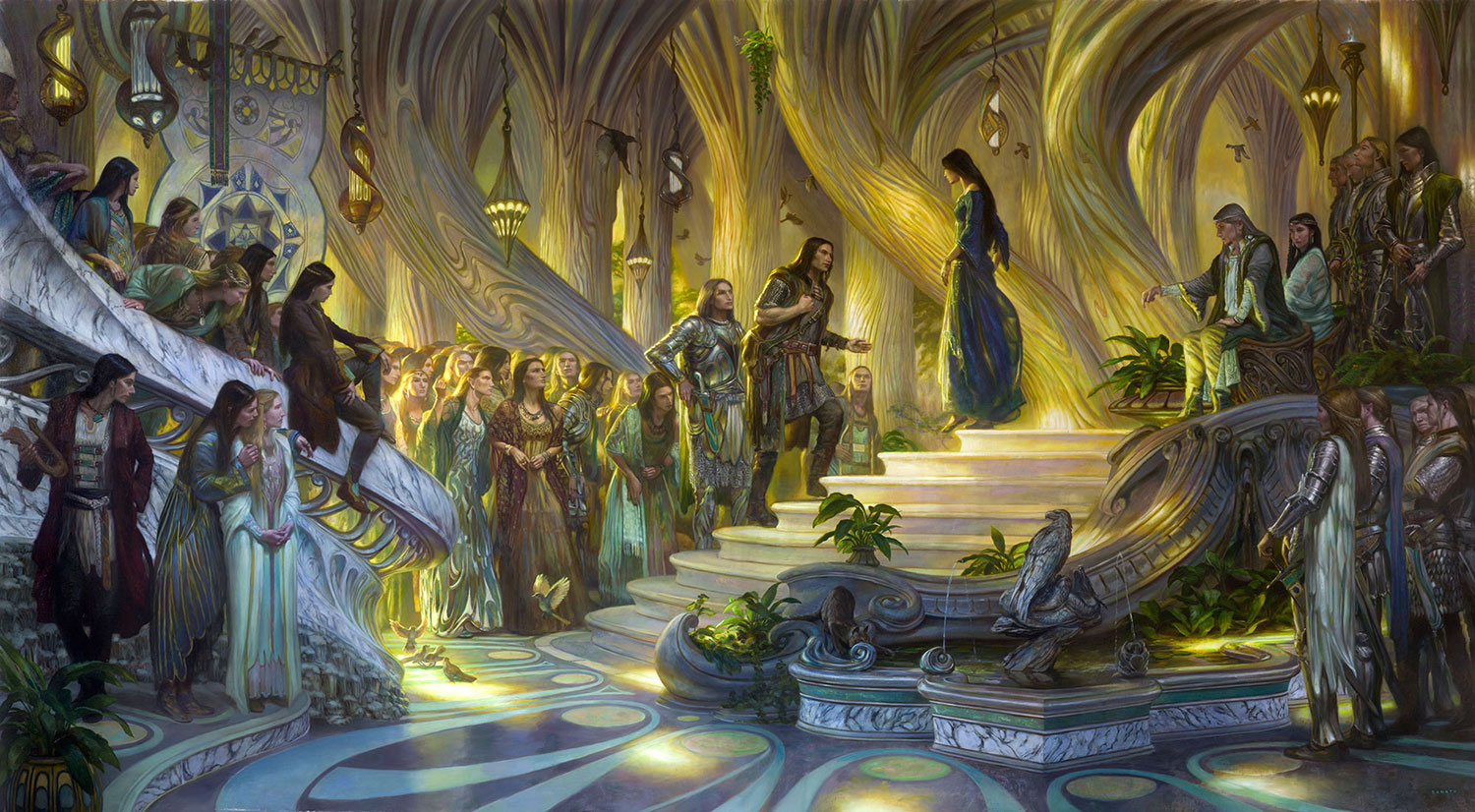 The large oil painting I have been working upon these past months is finally completed –  Beren and Luthien in the Court of Thingol and Melian.  The image is a scene from J.R.R. Tolkien’s The Silmarillion and stands as Tolkien’s great tragic love story.

The moment depicted is when Beren and Luthien confront the King and Queen of the Elves (Luthien’s parents) and declare their love for each other.  In a rage that a mere mortal would consider marrying his daughter, King Thingol challenges Beren to return to court with a Silmaril, one of three most valuable gem stones to the Elves, in his hand before he hands over his daughter in marriage.  The catch for Beren is that these gem stones are on the crown of the evil god Melkor, Sauron’s Master, deep in the fortress Angband, populated by thousands of orcs, dragons and Balrogs.  For the outcome of the story, take a read through The Silmarillion, for my part here is done!

Below are a few shots of my assistant Kelley Hensing and I as we prepare the final linen for transport. It is no small stressful task to remove this linen from the wall and properly stretch it.  Luckily my years spent working as an assistant to Vincent Desiderio helped educate me on such procedures and made the stretching and transfer go smoothly and perfectly.

Application of the Final Varnish
Trimming the excess linen in preparation for stretching
The beginning of stapling the linen to the stretcher bars.  It took nearly two full hours and blisters on both hands to finish this. 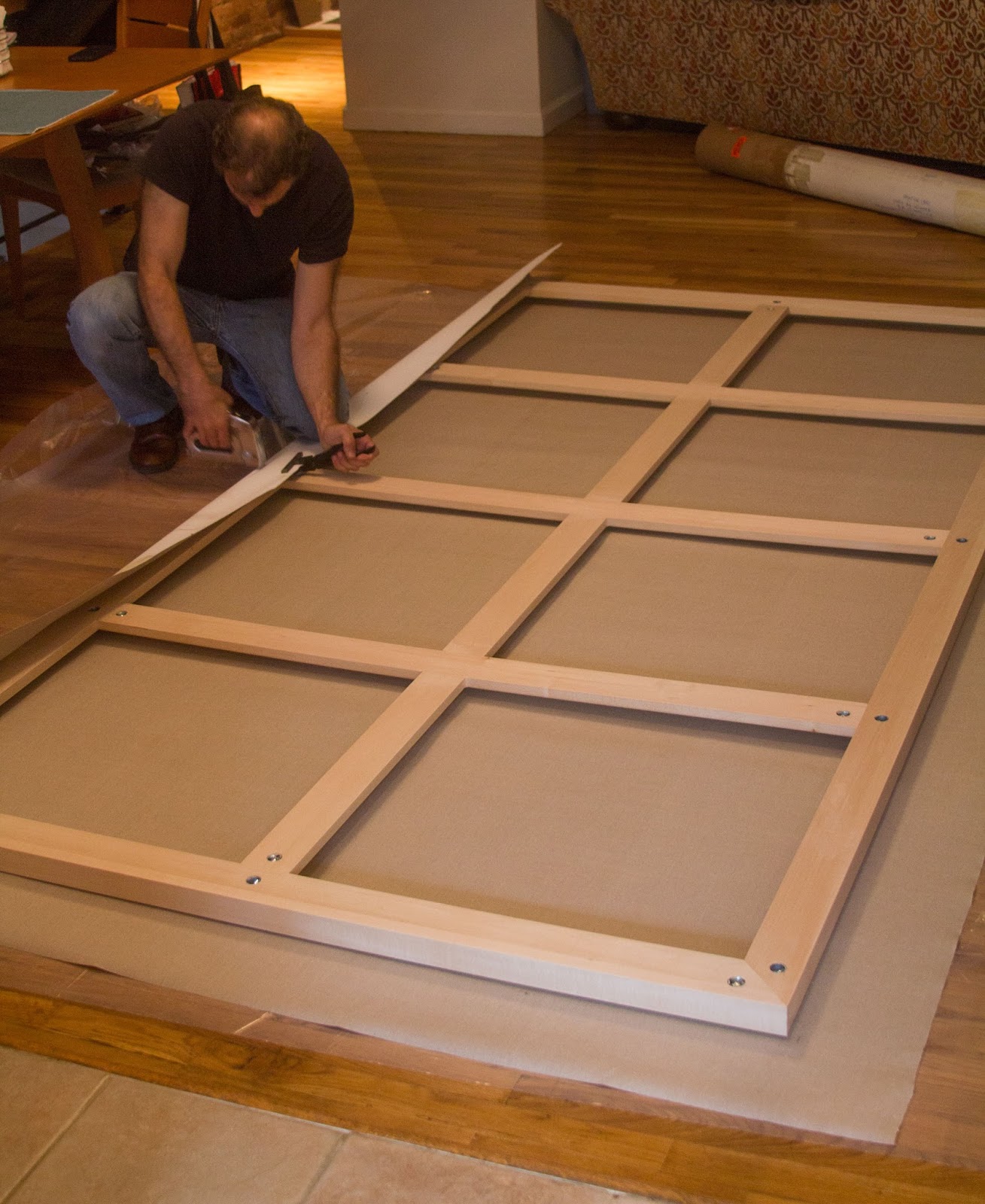 After stapling the linen to the bars, the final adjustments are made by
cranking out the expansion joints to tighten the linen to the perfect tension.
Final crate building.  Goodbye Beren and Luthien!  You will be missed… 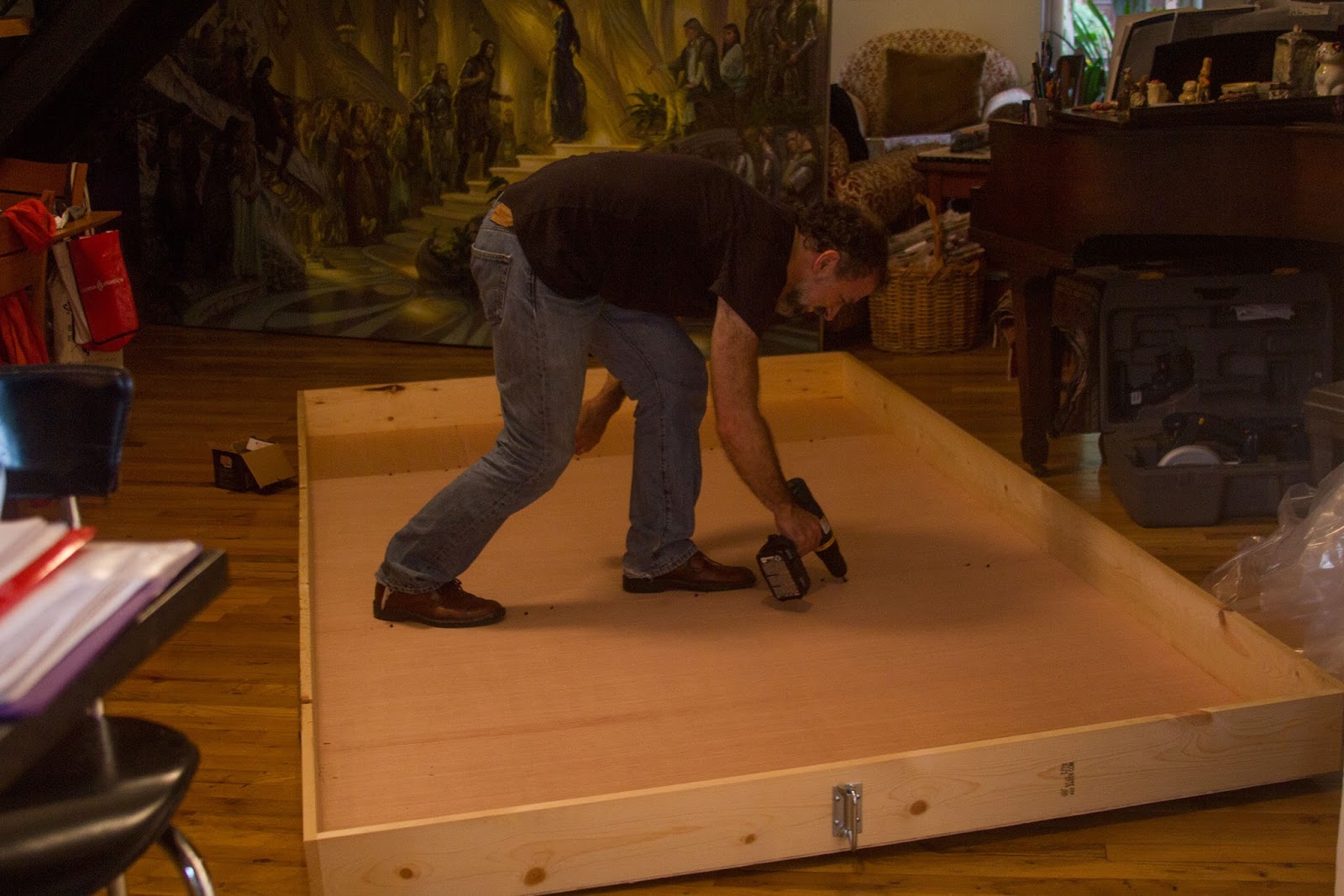 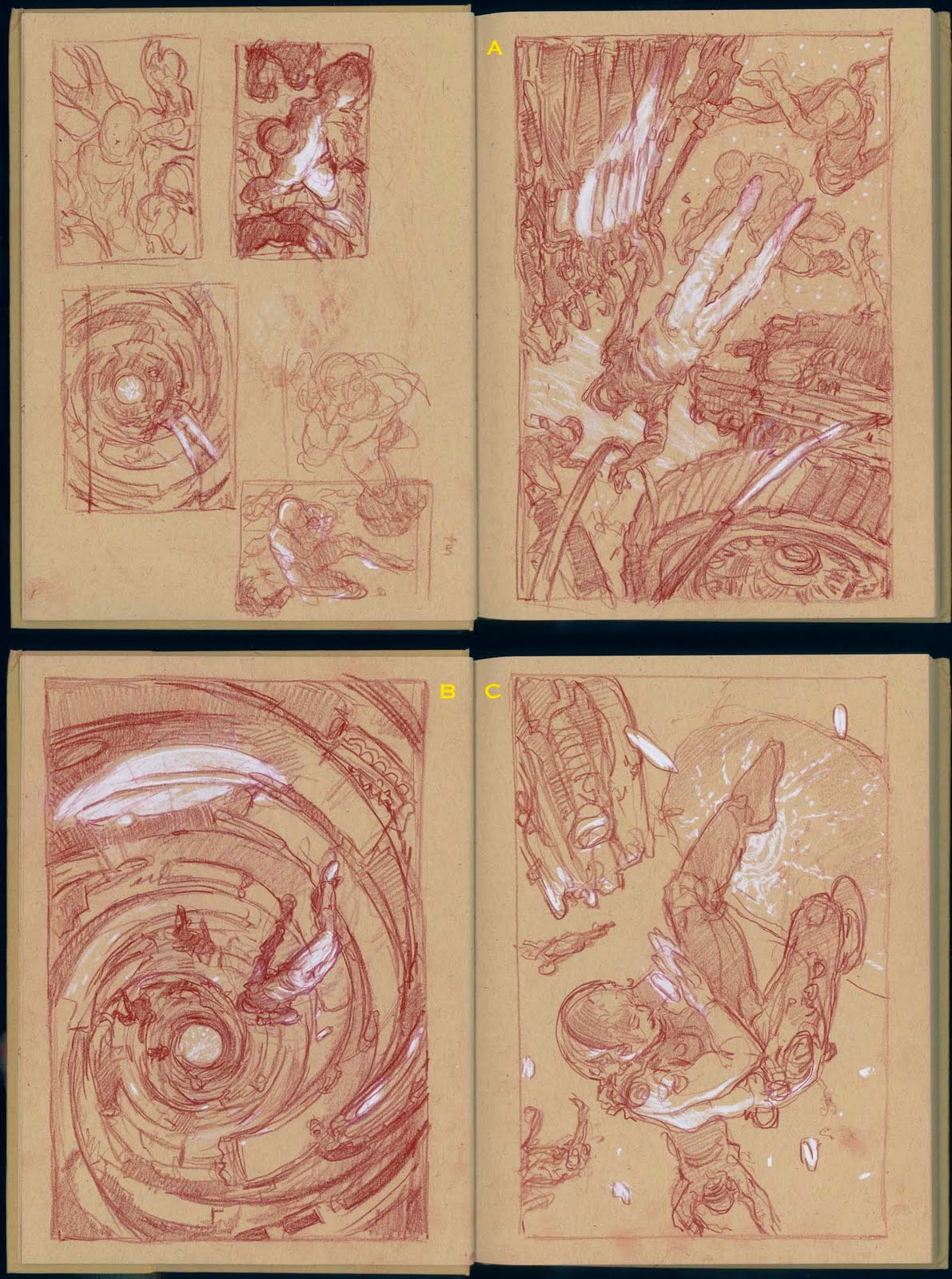 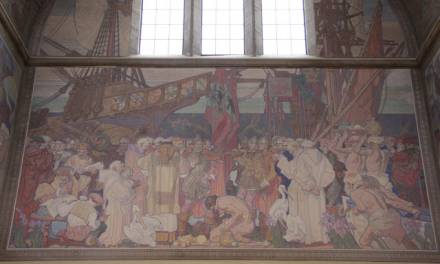 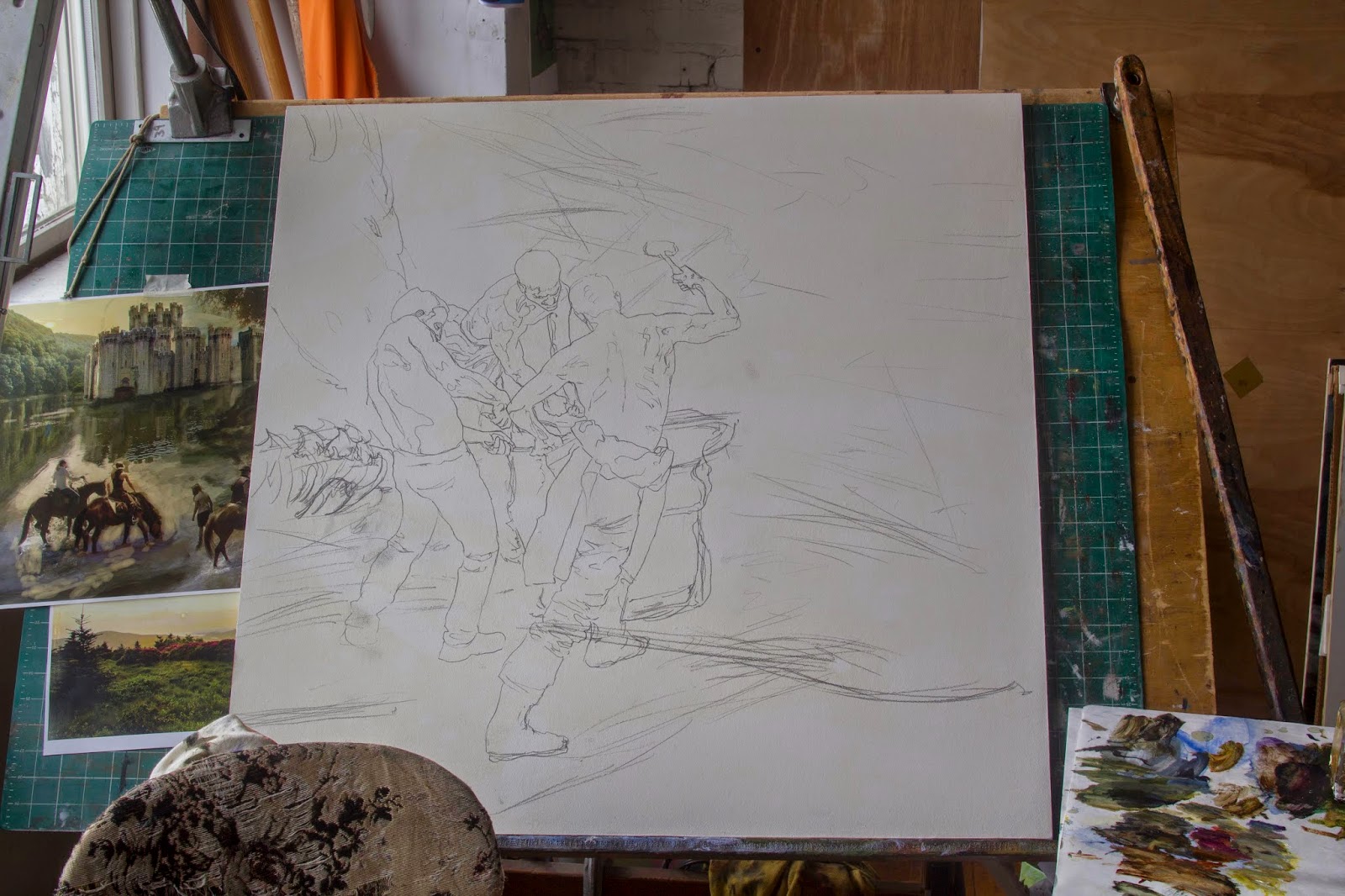 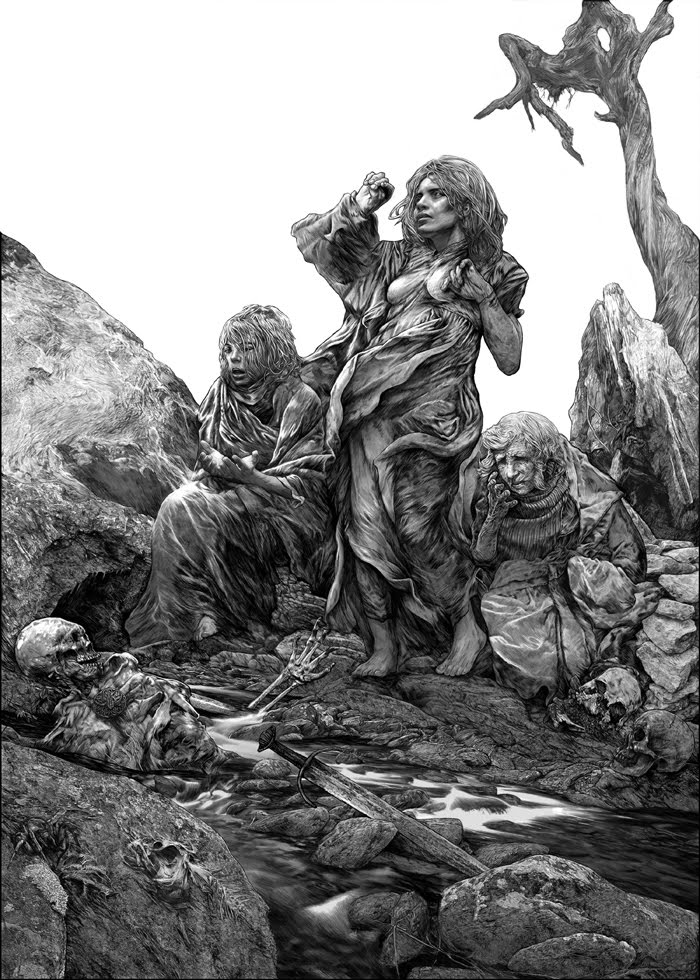