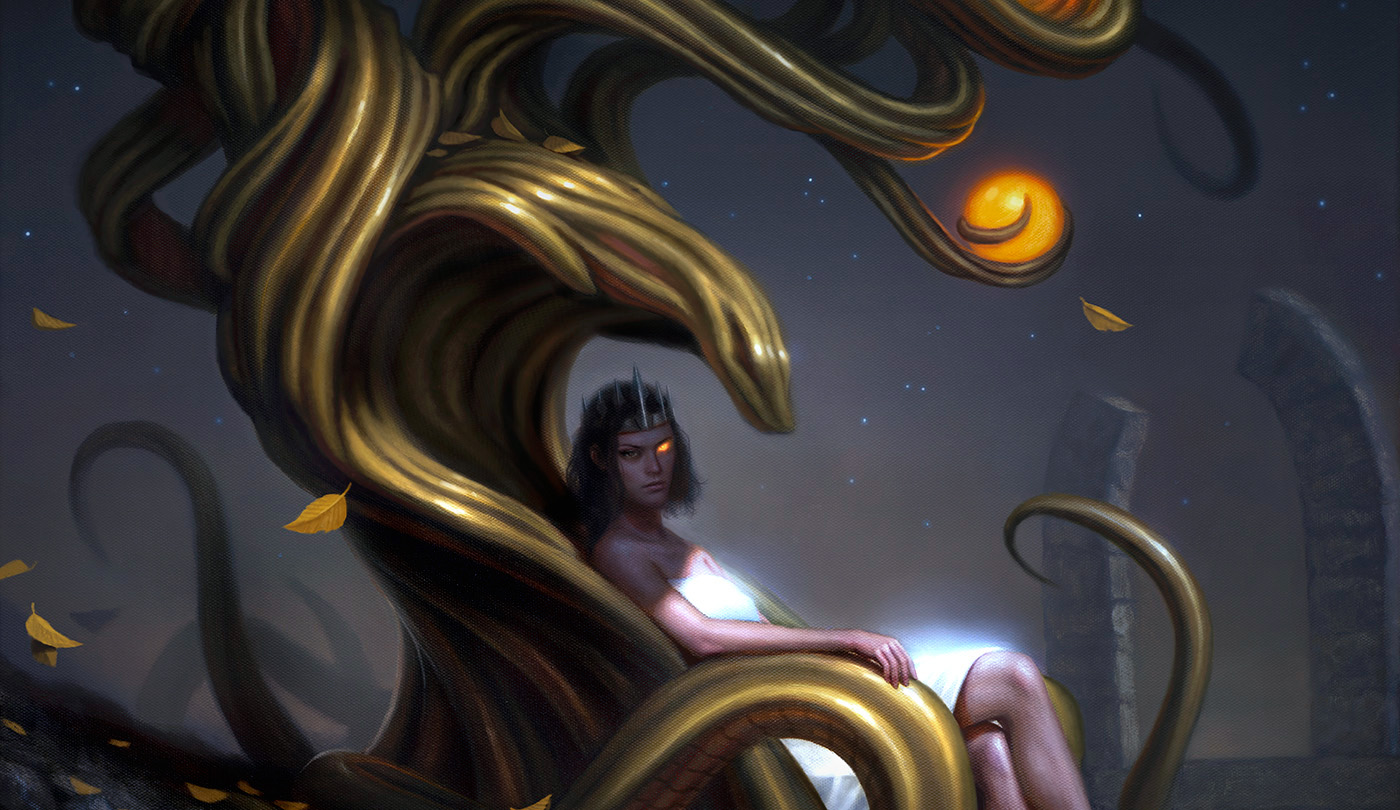 Here’s a piece of mine that was recently accepted in the upcoming Spectrum 27 Annual. It was created for a book called ‘Witchy Kingdom’, which is due out later this year, from Baen Books.

This cover was to be the third in a series of books, so the look of the character was already sort of established. In this novel our protagonist, Sarah, takes her rightful, albeit undesired, place atop the Serpent Throne… A source of power even her Father couldn’t tame.

Knowing that the word ‘Kingdom’ would be in the title, and that the ‘Serpent Throne’ would play a huge role in the story, an image of the reluctant queen atop her throne seemed like the obvious place to start for sketches. The real challenge for me was capturing the right feel for the throne, which is part serpent, part tree, part throne, made of gold, and adorned with glowing orbs… It’s a lot to cram into a single design! 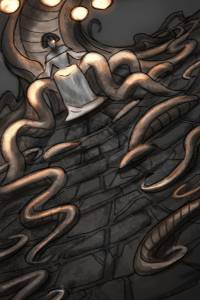 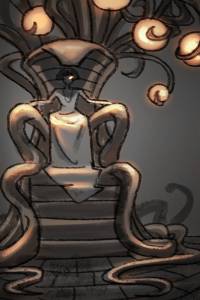 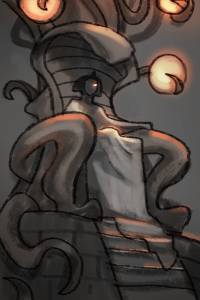 After playing around with some possible compositions, I decide to develop some of these ideas a bit further, and explore how lighting and texture might play more of a role. 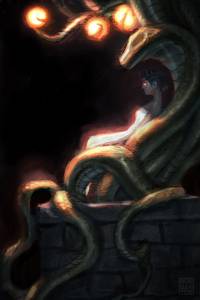 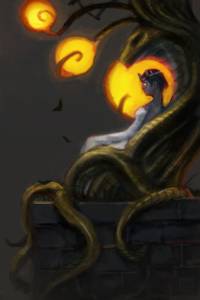 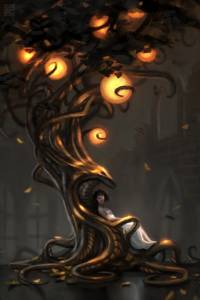 The throne, being so large was obviously going to dominate the composition. So I also decided to try an additional sketch that dealt with the throne in a less obvious manner, and let me focus on the main character a little bit more. 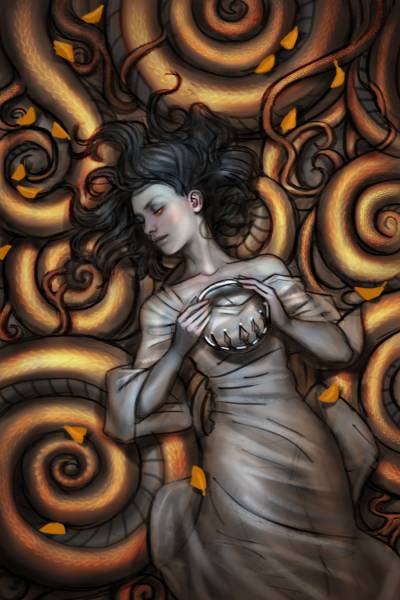 I submitted all of my concepts to the client, and we decided upon the last throne-centric image that you see above. Once I had approval, I went about painting the final image.

Because I knew the throne would dominate the majority of the composition, in order to get any significant detail in the face I would have to paint this image larger than usual. I chose to paint this picture at 24×36 on canvas. I chose canvas simply because it’s lighter weight and a little less cumbersome than some other surfaces can be at that scale. 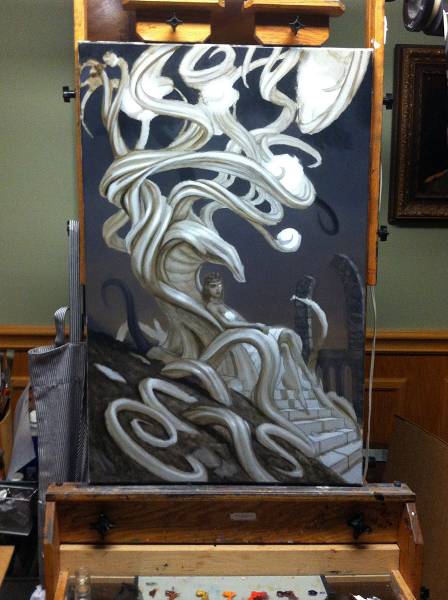 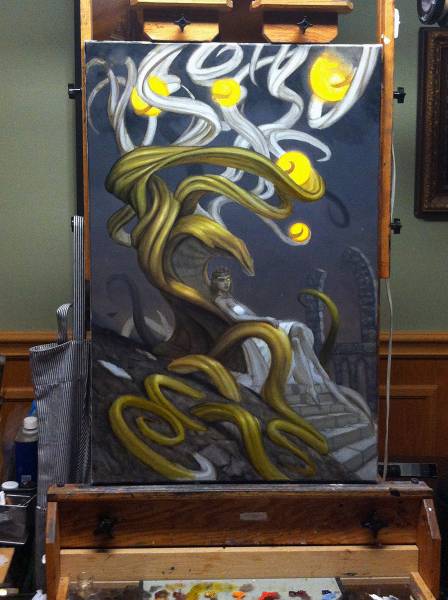 As typical of my process, I started with a pencil under-drawing, which I sealed with a few washes of brown acrylic. I then painted over than in oil paints, starting in the background and moving to the foreground as I went. I tweaked a few things digitally at the end to fix a few problem areas, and eventually, I ended up with the product you see below… 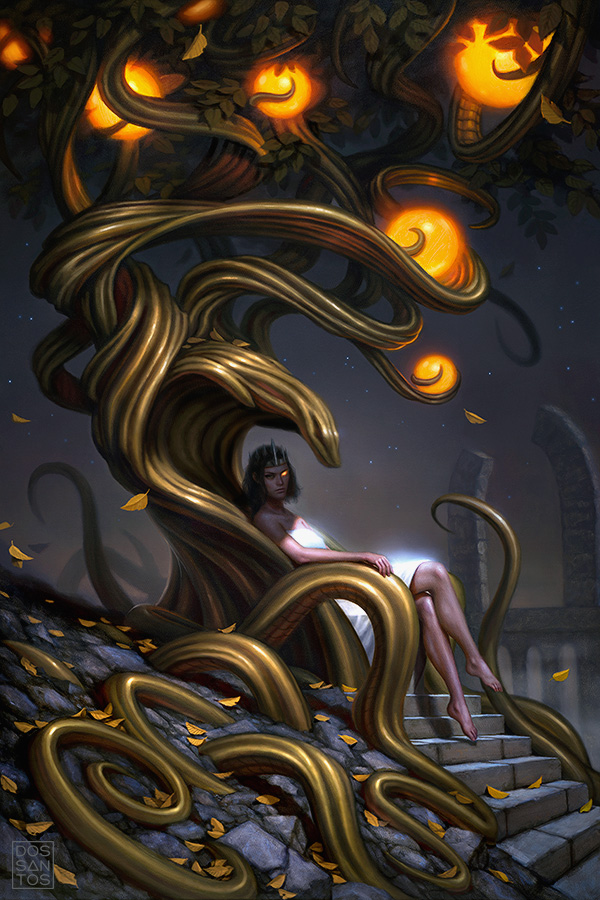 And lastly, here is how the painting will appear, with type treatment, and in context of the other covers in the series. 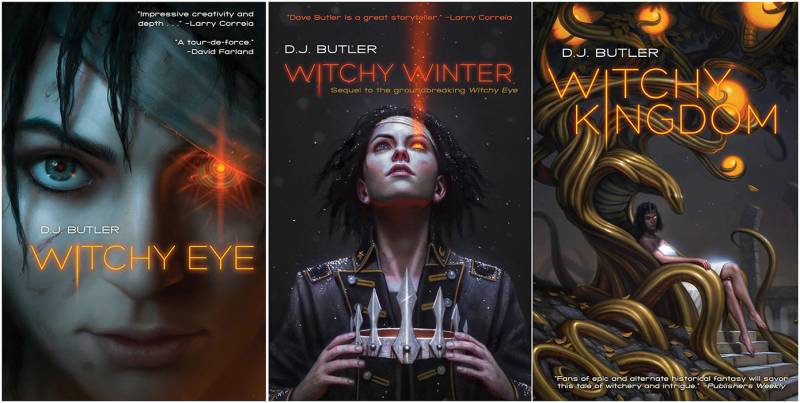 ‘The Witchy Kingdom‘, by D.J. Butler, is available from Baen Books, August 2019 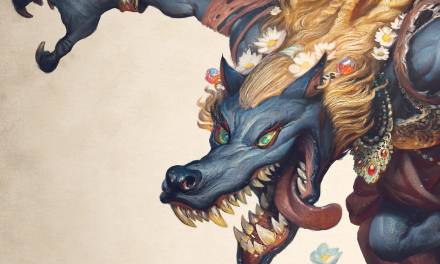 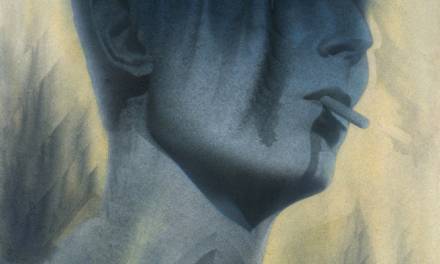 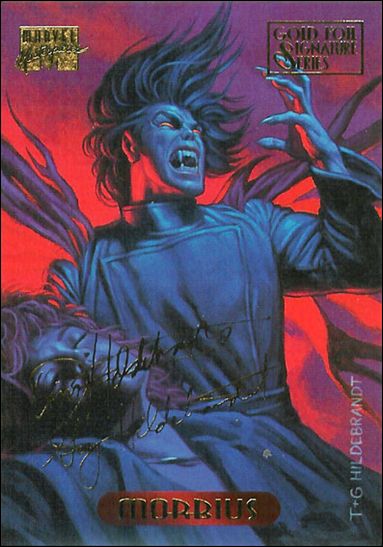