Because my career started will both feet firmly planted in fantasy and SF illustration, I never intended to work with an artist’s rep. F/SF may seem like a daunting world to break into but, relatively speaking, it’s pretty intimate and accessable. You can meet and get to know a lot of the key figures if you are able to do the research and leg work, and for the most part it’s a supportive community where artists are happy to help each other.

The other thing about working in the genre field is that rates and rights tend to be pretty standardized. They might differ from a book cover to a Magic card but, in each of those categories, the expectations are established and situations that call for price quoting or negotiation are uncommon. This isn’t necessarily good or bad, but it does make things easier for someone without much business training (which describes most artists) to navigate.

And so I never intended to work with a rep. I didn’t really see the need. Why give a cut of my pay to someone to pitch me to ADs I already know and negotiate contracts that are already industry standard? 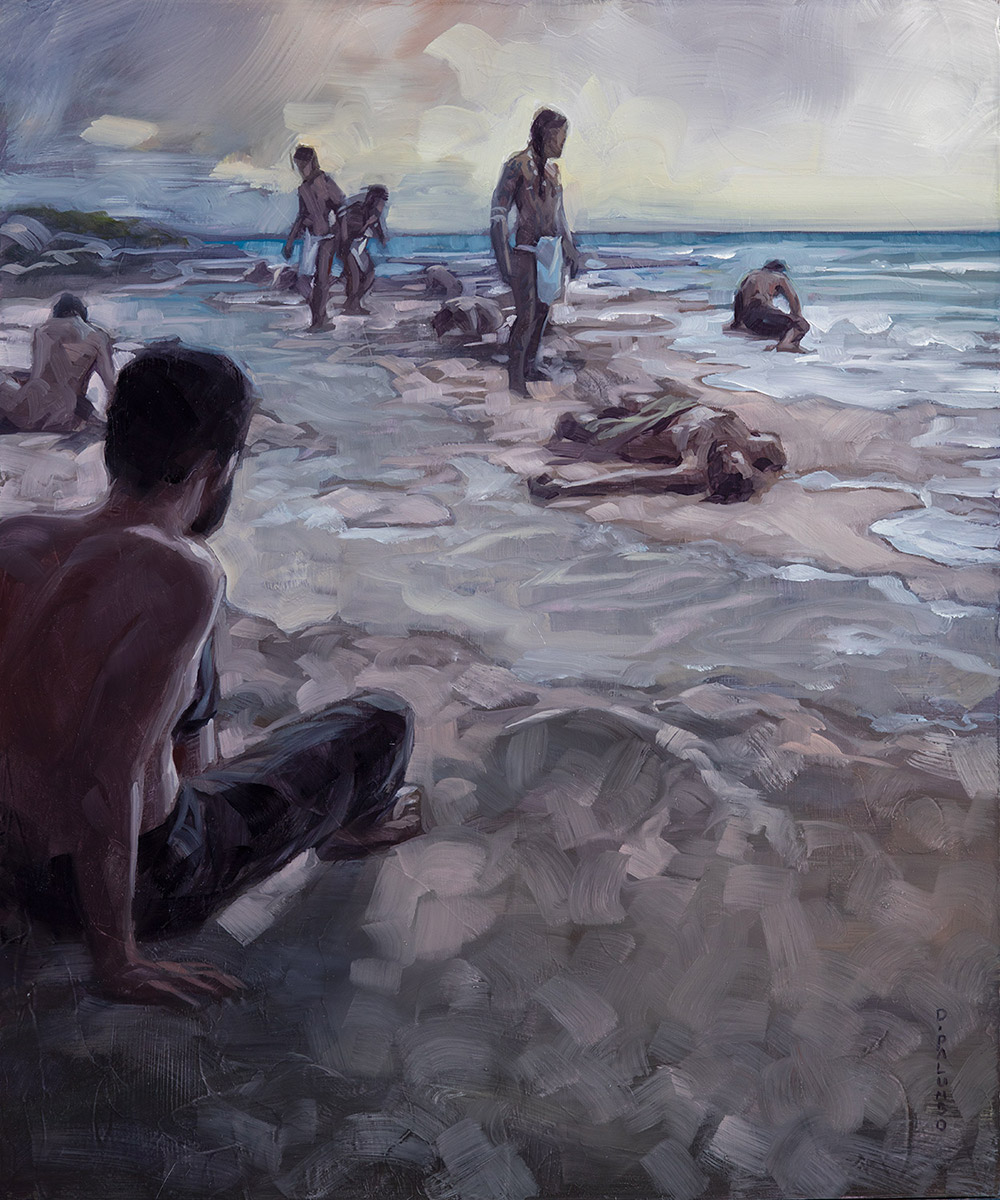 That had been my take for the first several years of my career when I was contacted by Richard Solomon, who was interested to work with me. Because I knew him by reputation and was friends with one or two artists who he had history with though, I was curious. The deal that he pitched was to try things out with me as a sort of back up for his group. If a job came through his office and nobody was able or interested to take it, he would offer it my way. Meanwhile, the business that I already had established remained my own. To me, this seemed a win-win situation. I would have the opportunity for new clients and I didn’t have to give up commissions from my old ones. This trial period quickly turned into a more standard working relationship.

Almost five years on, we’re still working together. In that time, I’ve definitely changed my opinions a bit, and a big part of that was simply by being exposed to avenues of illustration that I’d never even explored before. I’m still primarily genre focused, but having occasional editorial and advertising work pop up between covers and card art is something I’ve come to really enjoy. But this is all a bit of a long winded back story to the real point, which is observations I’ve made about working with a rep in a freelance field: 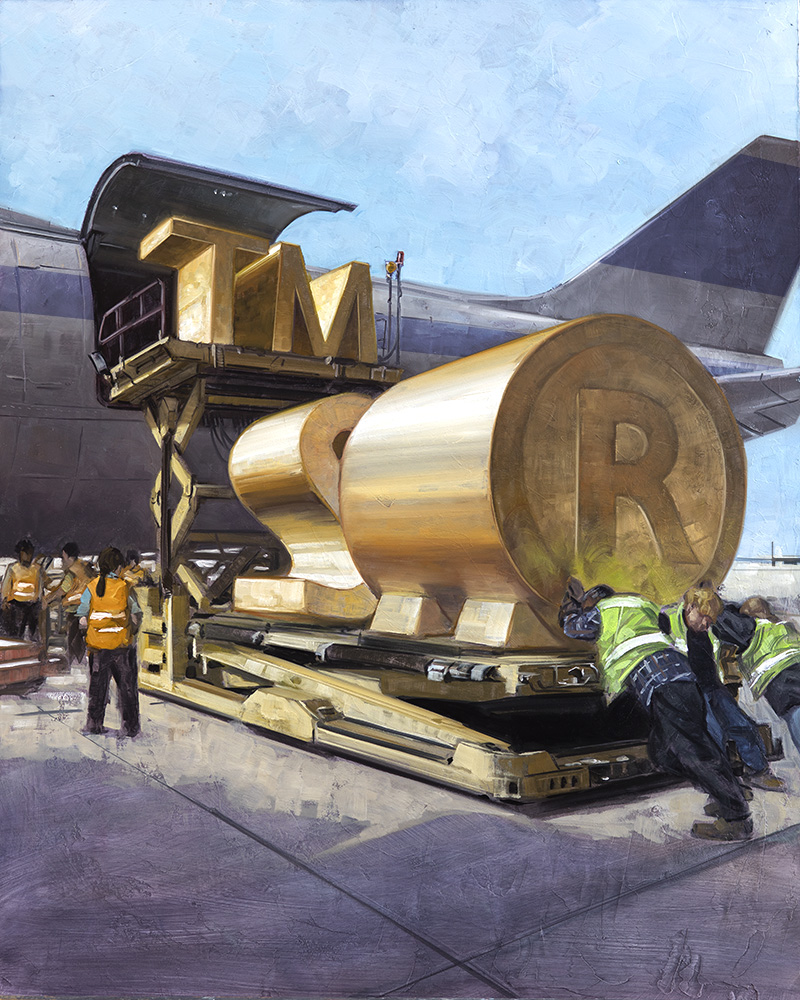 -In my situation, by far the biggest is the obvious: a broader network of clients and more visibility means more opportunity and stability. I still maintain my own clients (what are called “house accounts”) but at least a third of my work is coming from Richard. These are almost all jobs that I would not otherwise have been up for or gone after. And while the editorial field isn’t really that much more opaque than F/SF, it would have meant building a new brand geared to that market, learning that market, and then starting at square one to crack into it. I still have to show appropriate work to win a client, but because my rep has a long history with that field I get a big leg up. And it turns out I like editorial. There’s something about the rapid turn around (my fastest so far was 48 hours from contact to approval) that leaves no time for nonsense. You get the brief, dive in, and the clients are almost always a delight to work with. And then there are clients, such as advertising agencies, who are difficult if not impossible to pursue as an individual. Truthfully I don’t get that many jobs along those lines and more than half the time they evaporate before the agreement is signed, but they are generally good money makers when they come through. And in all cases, I enjoy the diversity of projects.

-I always look for the opportunity to learn more about this business. I worked as a part time art director for a couple of years to better learn my field, and I taught very briefly for the same reason (definitely not my bag). Along those lines, working with my rep has given ample opportunities to learn more about client communication on the business side. When unusual jobs come in that demand a quote, I’m always interested to talk with my rep about it and better understand how he breaks things down for rights and pricing, as well as following his office’s direct communications with potential clients. I feel I’m much more equipped for those situations now as a result. I may not need to be for the most part (since that’s his role), but it has also been helpful working with sales of originals and in a number of other small ways. And it gives me more confidence in calling out a bad deal.

-Besides learning opportunities, it’s fantastic to have someone with years of knowledge and experience negotiate your fees and contracts for you. Most of us have a vulnerability to undersell ourselves at times, so it’s good to have an outside party looking out for you here.

-You get to be all excitement and positivity and let your rep be the bad cop. Whether that means saying “no” to bad terms or demanding additional compensation for extensive revisions, you keep your end on creative discussions and refer them to your rep when it comes to numbers and clauses.

-it’s not a huge thing, but having someone else taking care of all the invoicing is worth noting. It doesn’t make sense to me that I hate invoicing (that seems like it should be the best part) but I’d just as soon have someone else on it. And nobody likes chasing late payments. 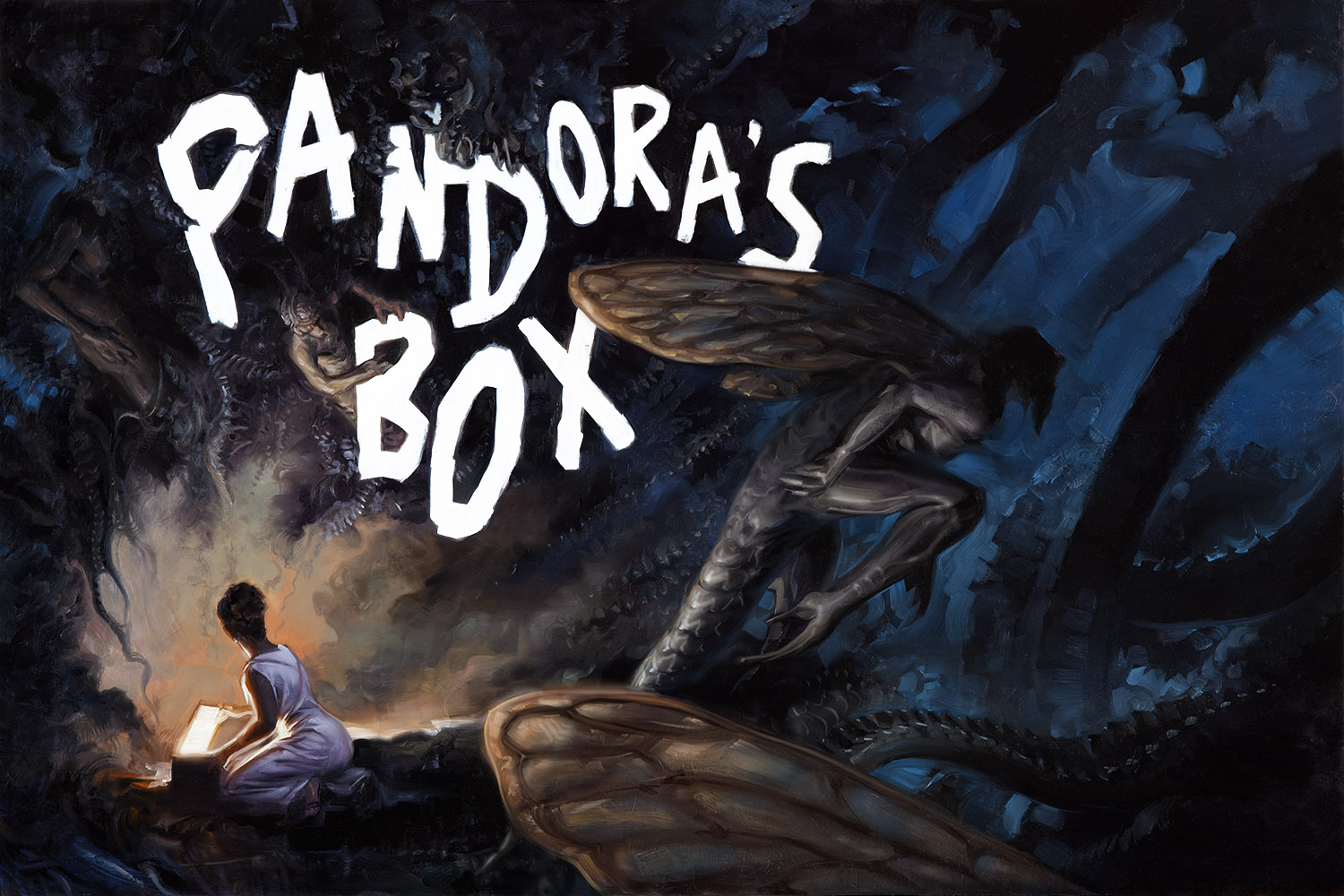 -the one that really stands out is paying commission on jobs. The Graphic Artist’s Guild quotes 25%-35% as being the typical range. In my case, this only applies to jobs that my rep brings in, and I feel it’s very fair. Like a gallery taking a commission on the sales they make, I recognize the work being put in and have no problem with it when they do their job well. I have heard of some reps who want to take their cut from clients that you may have already spent years building a relationship with though, and I’d have to weigh very carefully how much new work I expected them to be bringing or how much influence they could have on budgets before signing up for that. Some artists just want to hand everything over though and not think about any of it, and I can respect that as well.

-You will also have additional promotional expenses, and they might not always be avenues you would otherwise invest in. Again though, if I expect my rep to do his job, I’ll give him latitude to do it his way. In my case, my rep shares promo costs by paying in the same rate as his commission.

-I’ve also spoken with several illustrators who, at some point in their career, worked with a rep that was a bad fit. Either because they did not understand the artist’s work and how to sell it, or because they were simply not very good at their job, it sounds like a rotten situation to end up in. I was glad that I was able to try things out at a slow pace initially to find out how well we worked together, and I’d advise starting this sort of business relationship slowly if possible. 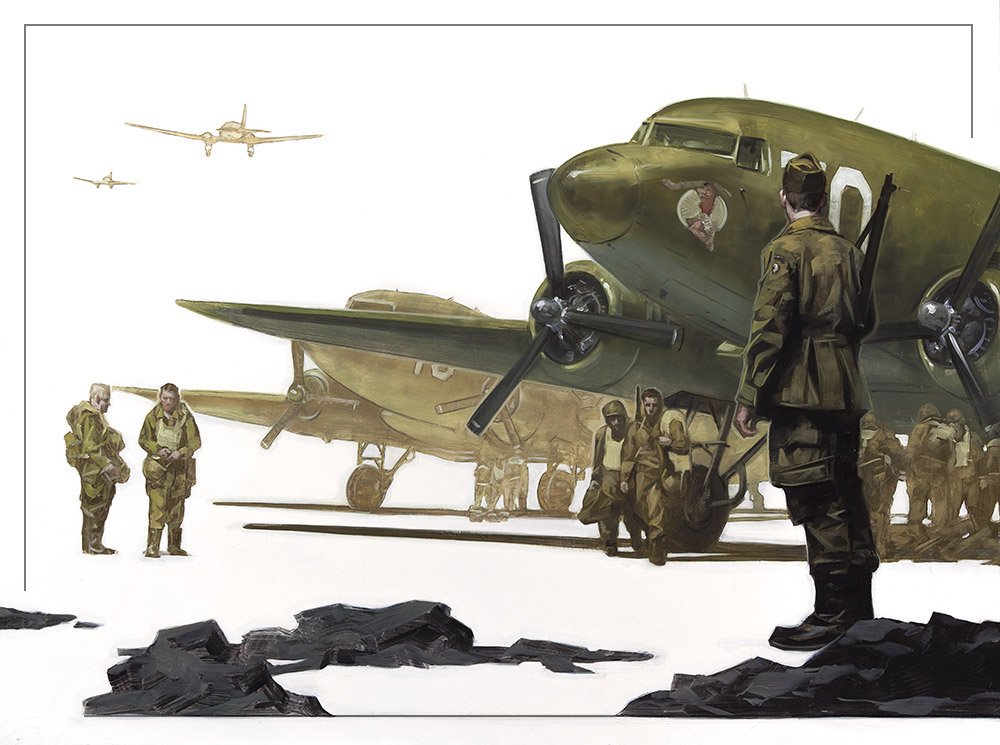 In the end, my opinion on working with a rep comes down to these basic two questions: What type of work do you hope to do and is the rep you’re looking at going substantially improve your ability to get it? 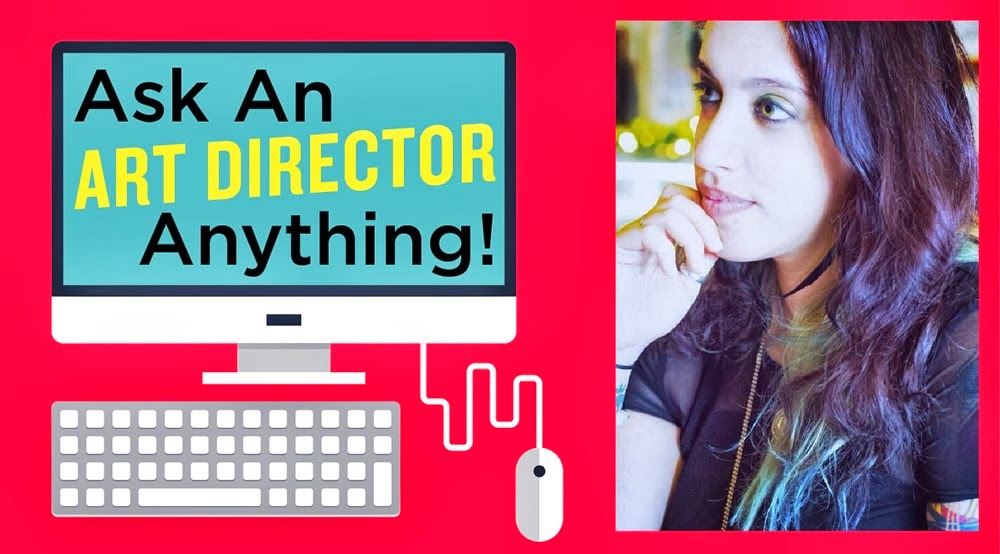 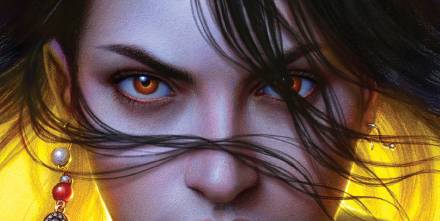 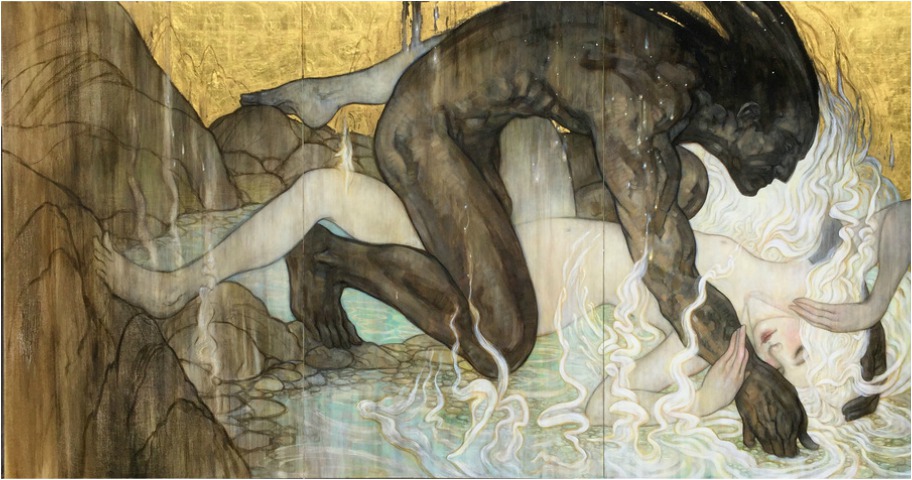