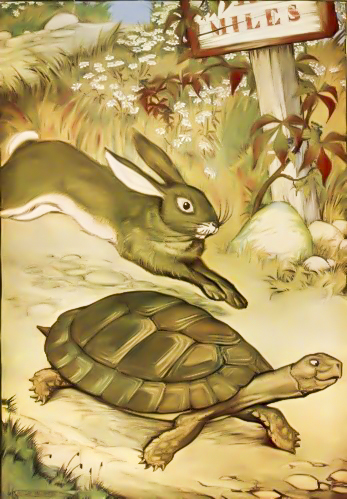 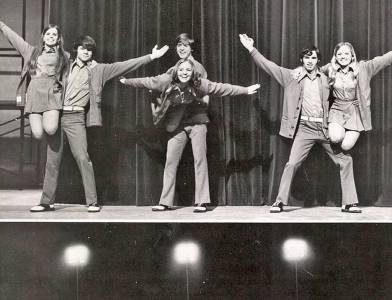 TALENT is the most misused word in the language we all swim in as artists. More often than not it is meant as a simple compliment of doing something well. An imperfect term in the place of one that may not be there when someone sees something you do and loves it. Talent is more often a word used to stand in for PRACTICE, or TRAINING, or simply HARD WORK. When someone praises your talent, well they aren’t being dismissive of your work, you just did so well they can’t see the work anymore. Talent is aptitude, but skill comes from Work. Talent can fuel the car, but it won’t refuel the tank and never mistake it for the vehicle to get you where you need to go. 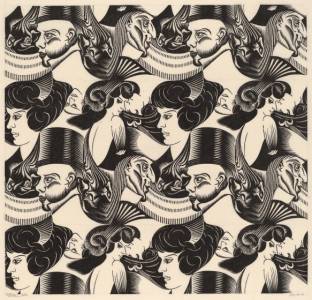 Talent is undoubtedly behind the reality that some of us are more easily able to get to a place in art that take others some time to get to. We’ve all sat next to this person in class, where they just plain zip ahead where you are grinding away. I know those people and I have been those people. And I have fallen down hard by being this person. Thing is, that sort of talent can easily be a cul-de-sac of creative atrophy if leaned upon too ferociously. It invites hubris and hubris kills learning and growth.  It’s enviable for the speed by which it propels an artist forward, but it only does so up to a point. Talent without hard work is just a head start without a finish. And what’s the point of that really? It’s day-trading in the art world and not the kind of thing you do if you intend a long term career. The art life isn’t a sprint, it’s a marathon. No marathon is won by talent. I can name a dozen beyond talented artists- folk who are miles beyond where I or many of my working peers were at their stage. And more often than not by miles I see that talent stall out at a certain and usual point. None of these artists are working or have found their voice beyond the point at which their natural ability fuels them to. Talent can be the honeypotest of honeypots. 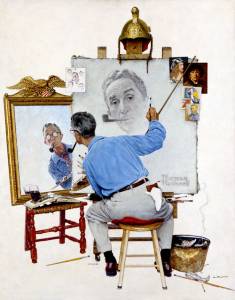 To be able to naturally draw a thing well doesn’t mean you’re going to be assured a good piece or drawing. it. It sounds crazy but it’s true, and you do see it a lot. One of the best example pools of seeing this is via the terrific benefit of the internet’s seemingly infinite pool of art sharing. Assuming that we only post work we think best reflects ourselves, a lot of the work can at first blush seem beyond the pale. If taken one at a time minus any context it can even be sort of depressing to see what people can do out there. But after a time you will see that the same bell is being rung over and over. The same place is being hit and then all movement forward stops. If you go and check their whole feed you might and will likely see a whole slew of work that holds that same line. Same too for art created by some 10-year old progeny or some guy from some far away place that can reproduce a photograph at scale impeccably well. Yes, talent exists there, but more over it’s really CRAFT that you’re seeing, rather than ART. 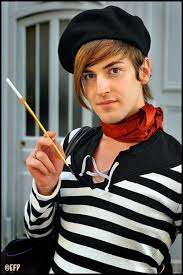 I have a hard time saying I’m an artist. There’s a presumed grandiosity/apology/superiority to it that makes me cringe. It’s a broad stroke word that gets overused as much if not more than Talent. And the definition is mutable- at least in my opinion. I don’t know what the hard line is to call something art and something else craft. Talent can live in both efforts, but demarcation line is always blurry and as it should be. I would submit though that talent is far more present and successful in craft than it is in art. Why is this? Craft is about ability to execute, and Art is the practice of exceeding the form. Talent fuels the craft and fuels the craft of making art, but art needs to push beyond the veil of pristine executions and speak to something more to be art. It doesn’t need to blow anyone’s mind or shatter the human conception of what’s possible, it just needs to do more than be well made. It sounds like a high bar, but it aint. And this is not to establish a hierarchy of value and human importance- there is a much more practical use of good craftsmanship than there is good art in our world and always has been. It just is what it is. 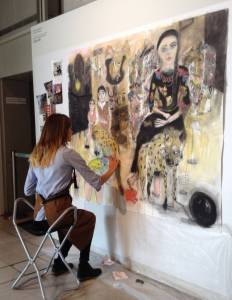 We are all of us as working artists, commercial or otherwise, expected to execute our pieces with the highest level of craftsmanship. That’s not a goal- that’s the price of admission, and confusing that with a final purpose is choosing to stop at the threshold of a room and never enter it. it’s as important for us to push against our natural instincts as artists, to remain not eh volcano’s edge because it’s better for the Work. And you can tell when you see it- a portrait drawn well and a portrait drawn good. A picture of a face that evokes character and memory and emotion… that exceeds its bounds to become somehow alive is the achievement we want. Getting the lighting right or having a talented brush stroke for the cheeks are all fine and good but are only merely means to that final goal. It’s the difference between say the life and character inside the Mona Lisa, and a portrait copied verbatim from a photograph. Art is what happens in the translation from subject to surface, and whether something happens there at all is the measure of good art. We don’t look at a Matisse for its anatomy, but for how it makes us FEEL. I don’t behold a portrait of some guy Greg Manchess painted, no matter how naturalistic, seeking to be fooled by the execution but to see his brush strokes light and color skew far from the real and deliver the true. 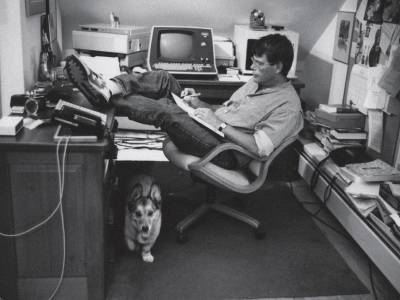 Stephen King once wrote “If you wrote something for which someone sent you a check, If you cashed that check and it didn’t bounce, and if you paid the light bill with that money, I consider you talented”. I would too. That ain’t no small feat to convince someone the thing you just made up is worth their spending actual real life currency on so you can keep your real life alive. To do this daily as a career is a miracle. I often stop in wonderment that my job, when really boiled down, is to play pretend and then to convince someone else to pay me to not only keep playing, but play more. Christ- KIDS do this daily. It’s reductive to say this, but at it’s core it’s still true. That paying still includes within it a shitload of hard work, late nights and existential struggle to get there, but sticking that landing and then repeating the exercise in a way that strings together a life-supporting career  is absolutely a talented thing. But that kind of talent is different- it’s one built and fortified by Work. 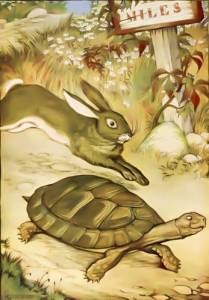 Like the hare racing the tortoise, Talent can get you down the track faster and further than the competition, but it won’t win you the race. There’s a reason why this fable rings true generation after generation. It is. The hare in the story doesn’t fail because it lacks talent, it fails because it leans so hard on it as a source of victory that it loses every time and the tortoise passes it by sleeping not he side of the track, safe and comfortable within its hubris to remember what the point of running is in the first place. Talent is a firecracker and Work is a forest fire. Don’t sweat the speedy races or lament your future because it’s taking longer to get there. I consider myself a moderately gifted artist who even got himself thrown out of art school for relying to hard on that talent in lieu of working, and it still took me a good ten years to get my business rolling and another ten to get it where it is now. Despite how fast the world is moving, how quickly photoshop and Digital trickery can shave off the need to for practice and learning, true art, the good kind we keep returning to, that editors and publishers and film people keep hiring towards, comes from Talent made in service of Work. Talent is the siren song of art, and like any inheritance can cushion your entry into the world, but it won’t guarantee your growth that’s required to remain in the world, any more than being born rich means you know how to manage money. (More often than not, the opposite is true). So when someone compliments your talent, yes they are not getting it right in terms of complimenting the work that you put into the piece that got them excited enough to say something about it, thank them for noticing and being moved to say anything at all. Take it for what it means and leave it there and get back to work. Talent won’t fuel your tank forward no matter how many times you hear the word whispered in your ear. Talent is simply and merely the most overrated quality in the art life, and is by no means a guarantor of success. If you’re not careful, it can be a repressive thing, and blinding song that lulls you away from the kind of self-skepticism and vantage challenging you need to keep crips and horned if you plan on making truly good work and seeing what you as an artist are truly capable of. Talent is like salt- it can make food taste better if used in the right proportions… too much can kill and overwhelm, too little can make the mouth beg for more, but if the dish tastes bad int he first place, there is no salt on this earth that can save the dish. 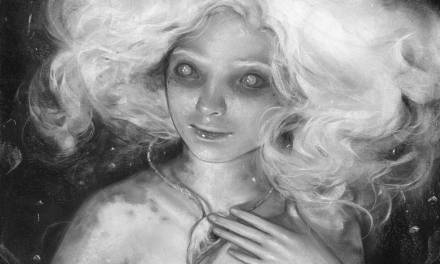 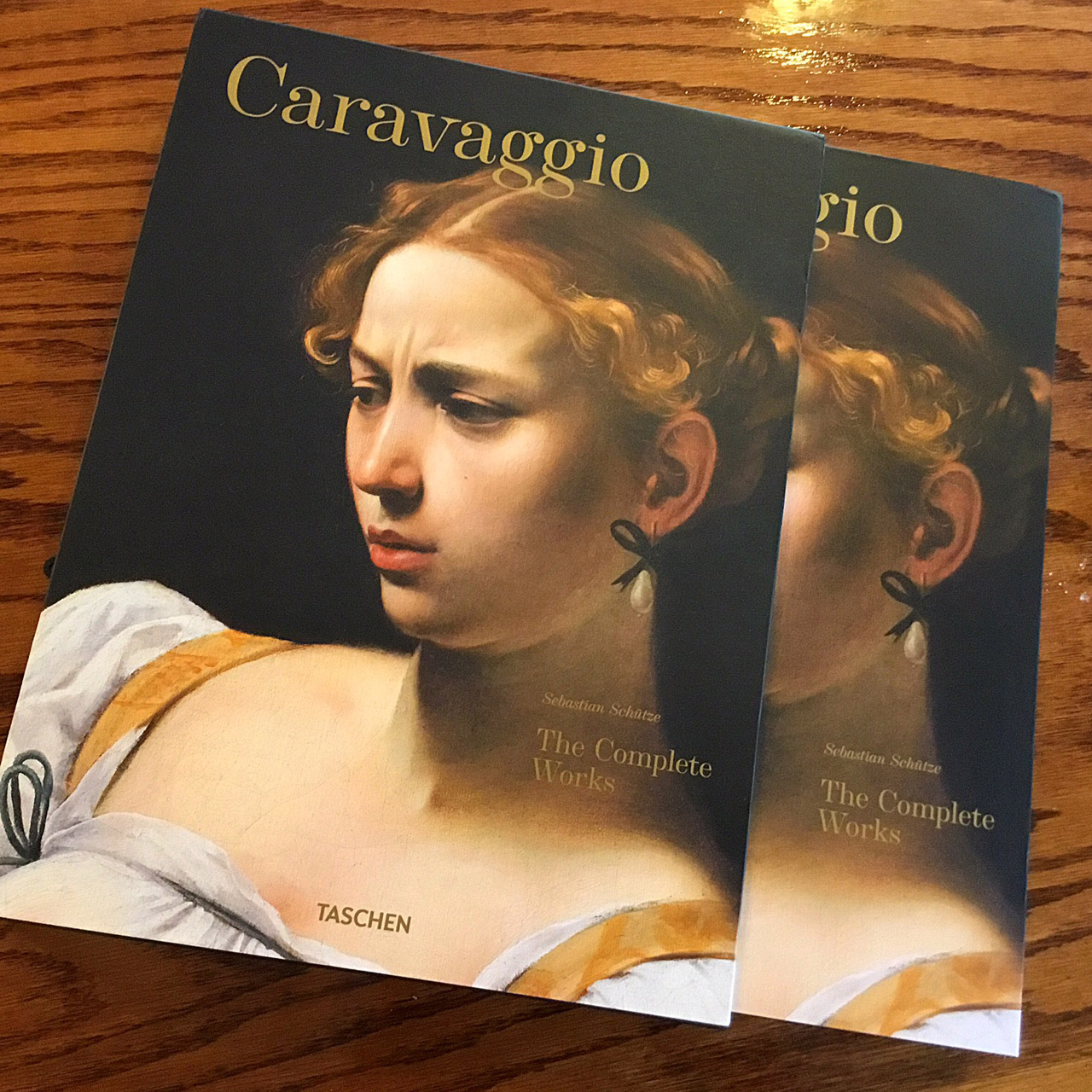 Caravaggio to the Rescue! 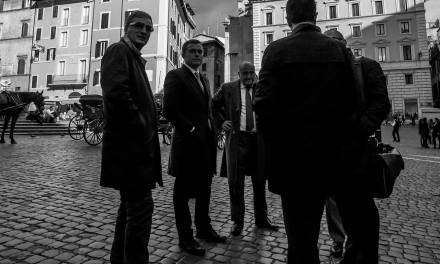